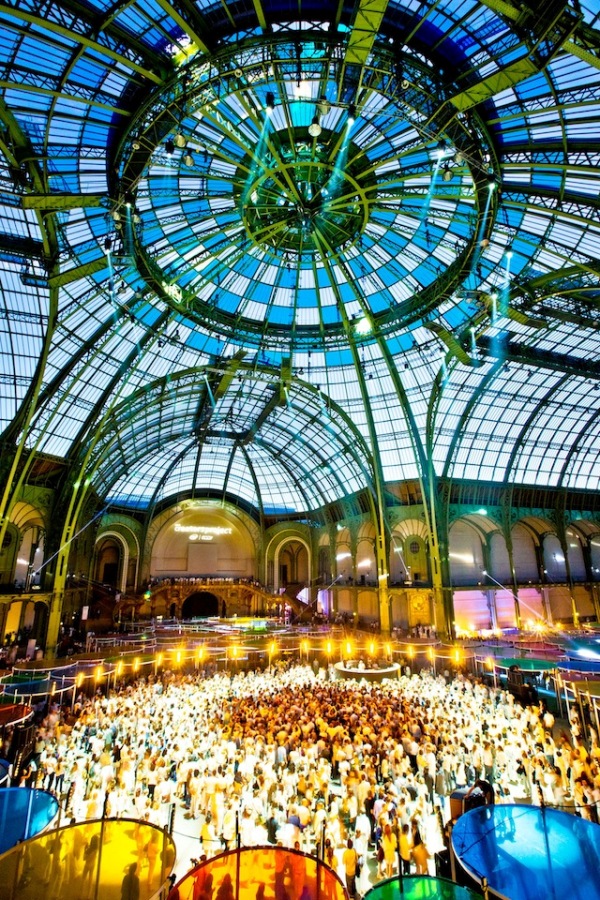 The Grand Palais was transformed into a colorful and psychedelic electronic music festival venue by 1024 architecture for the 2012 Monumenta Festival. The building was equipped with strobe lights and lasers as well as tall multicolored glass discs which lit up and reacted in correlation with the music. The massive room where the events took place was a sea of pink, purple, blue, green and orange as light bounced off the glass plates and created a supersonic trippy and massive disco atmosphere for the festival goers. People wore all white to stand out best in the dark room and glow in the black light.  [via thecreatorsproject] 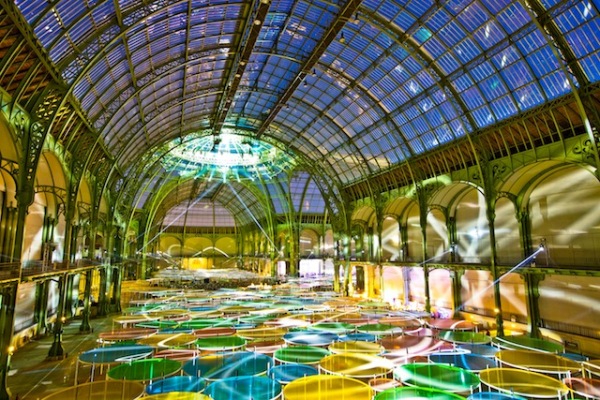 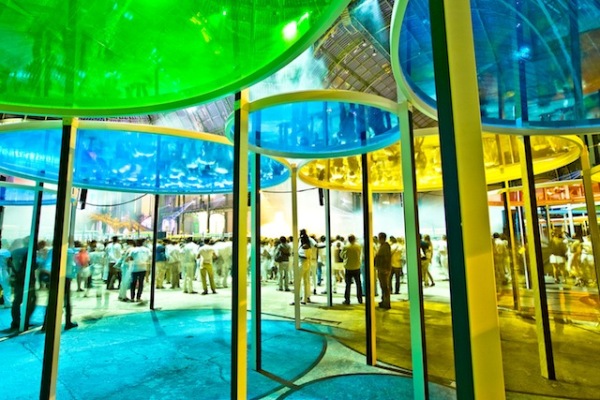 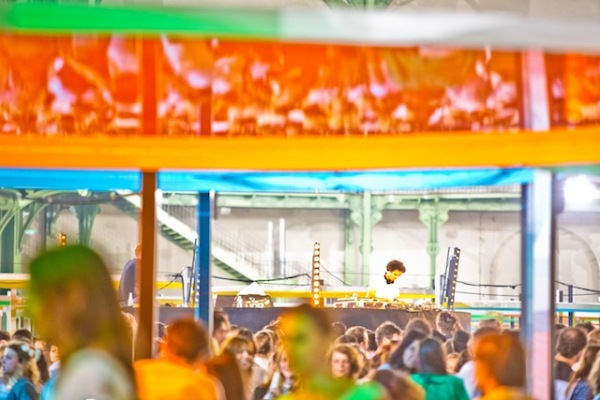 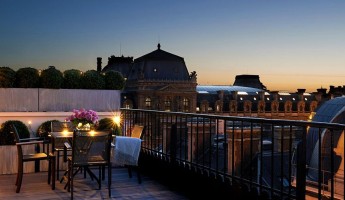 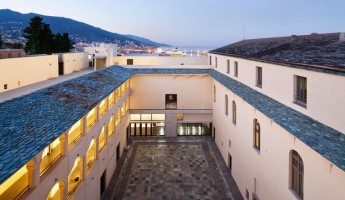