If you’ve ever tried origami, or the art of folding coloured paper into wonderful shapes, then you know that it takes time, concentration, and dedication. You probably also know, however, that the final product is absolutely beautiful when it’s done well. Even folding a simple origami bird can be both challenging and fulfilling. Origami takes both practice and patience. Now imagine folding thousands and thousands of those little birds in order to make a single art installation the size of an entire building! That sounds crazy, right? Well, French origami street artist Mademoiselle Maurice didn’t think so! 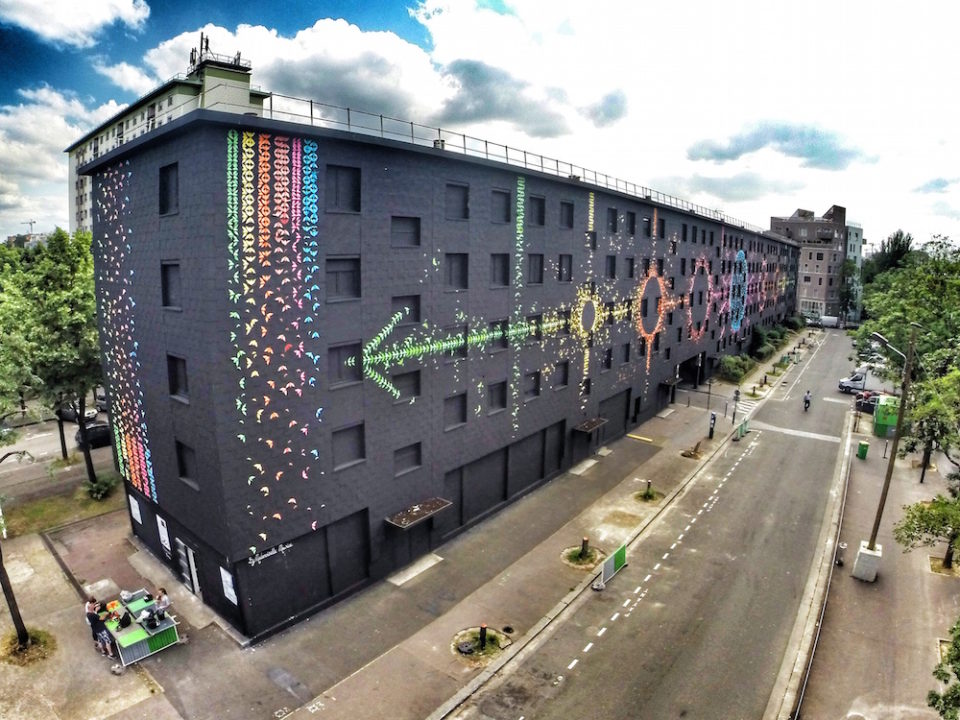 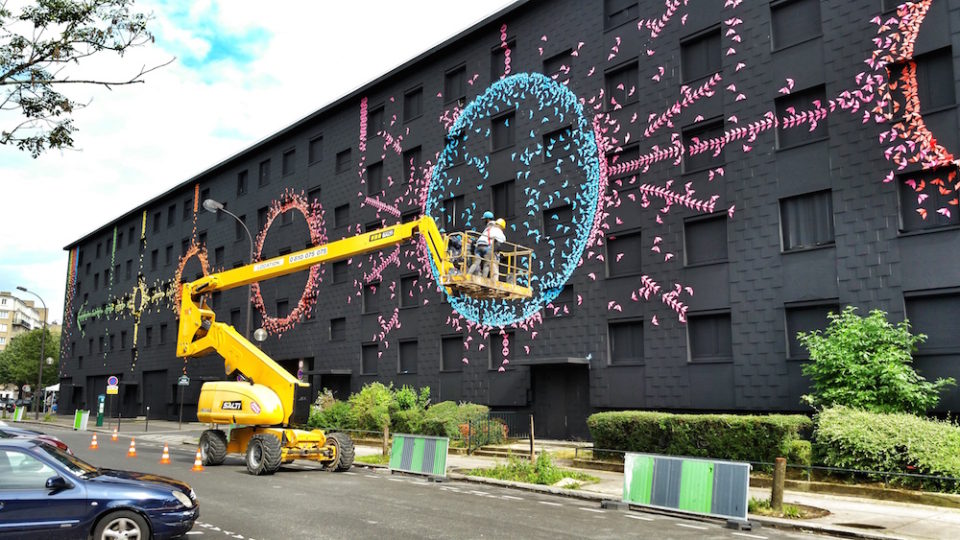 Their collective goal was to pay tribute to the building’s residents, who will lose their homes as a result of the demolition. At the same time, they hoped that the installation would draw attention to the issue of displacement as a result of gentrification. Mademoiselle Maurice folded innumerable little paper birds and attached them to the building as thought they’re flying away. 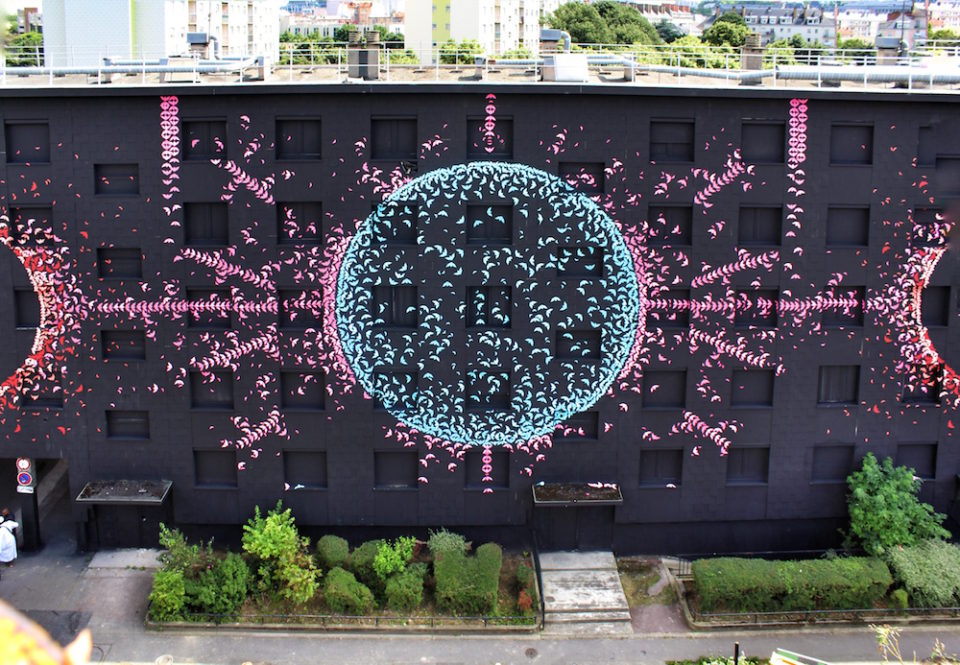 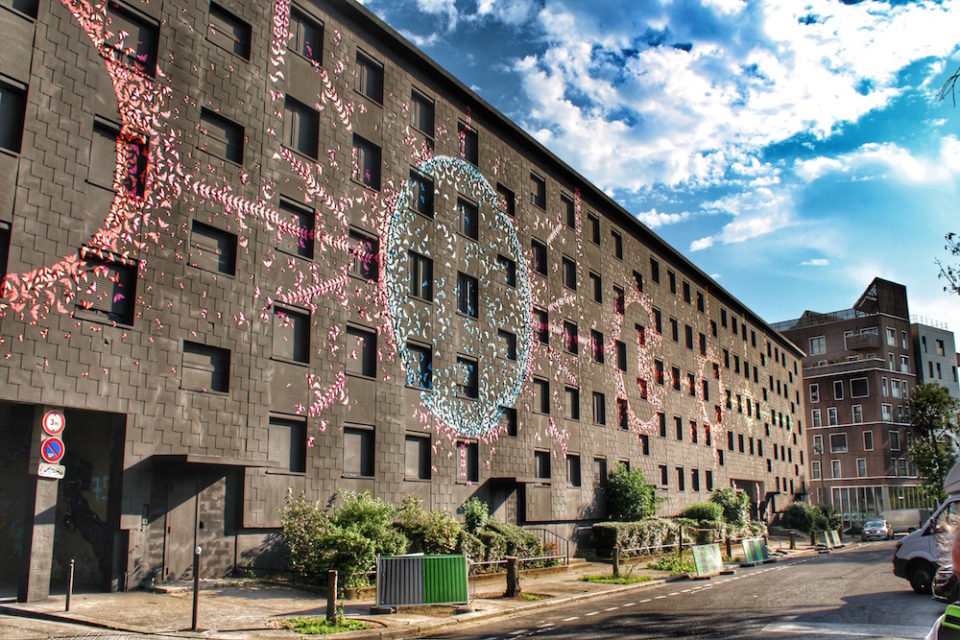 Origami depicting the movement of the moon

Instead of just scattering the birds across the surface of the building where it faces the public street, however, the artist decided to take the installation to the next level visually while simultaneously giving the whole thing a deeper meaning. 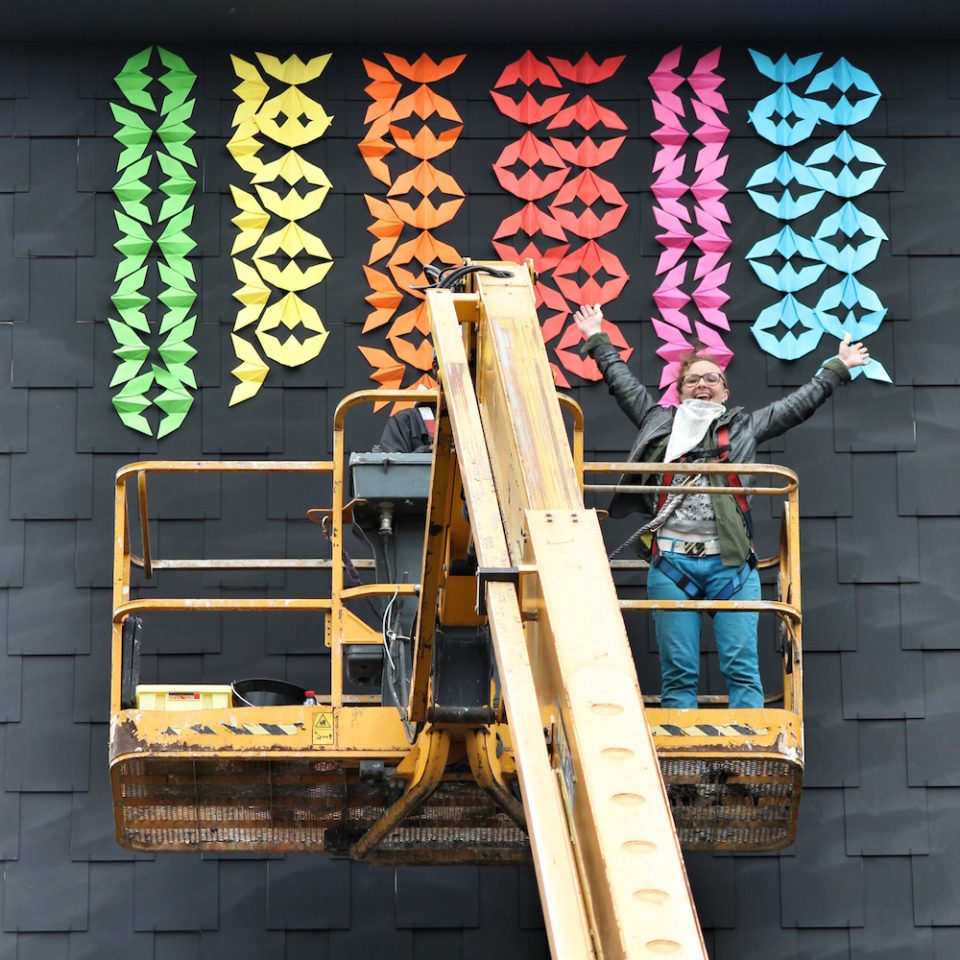 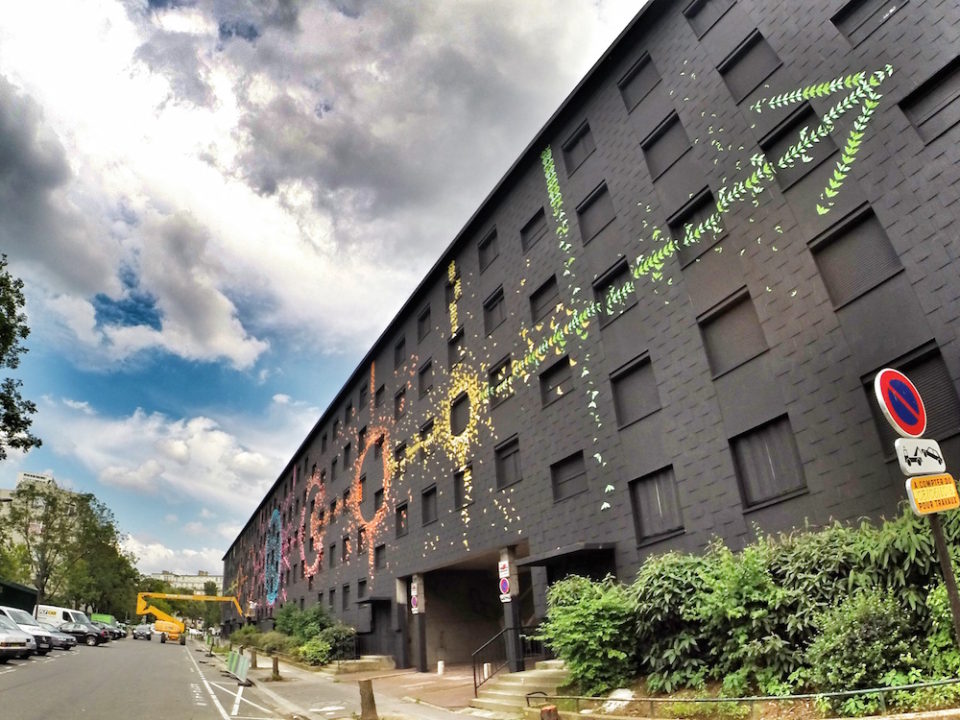 Rather than being randomly placed, the paper birds are arranged in a pattern that depicts the movement of the moon throughout the lunar cycle. This speaks to the way urban planning and city development also goes through cycles from generation to generation, just like the moon. Buildings that were once shiny and new might, in a few decades, be deemed unworthy of upkeep and demolished, no matter how important they are to a small group of people. 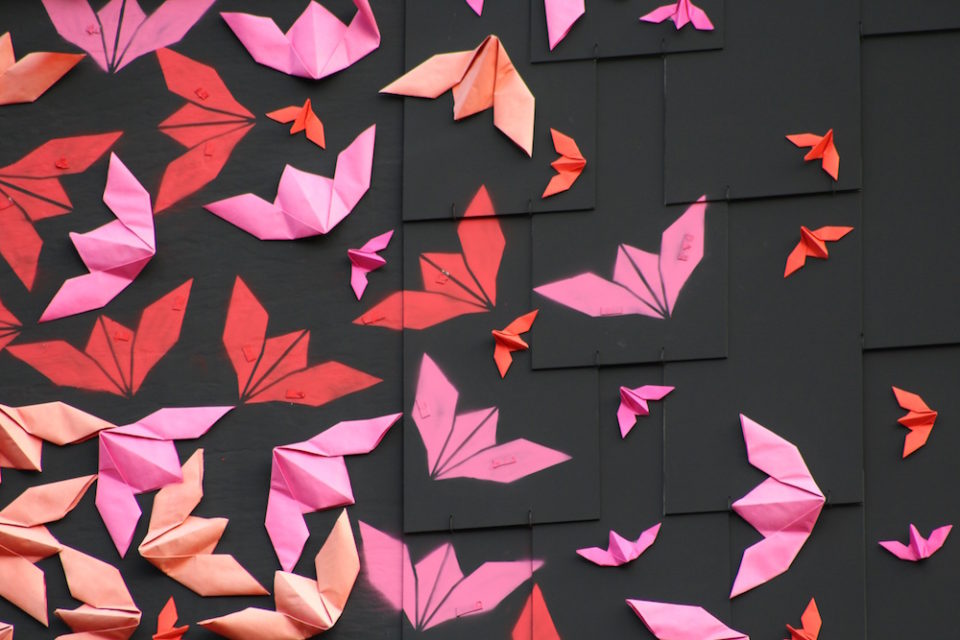 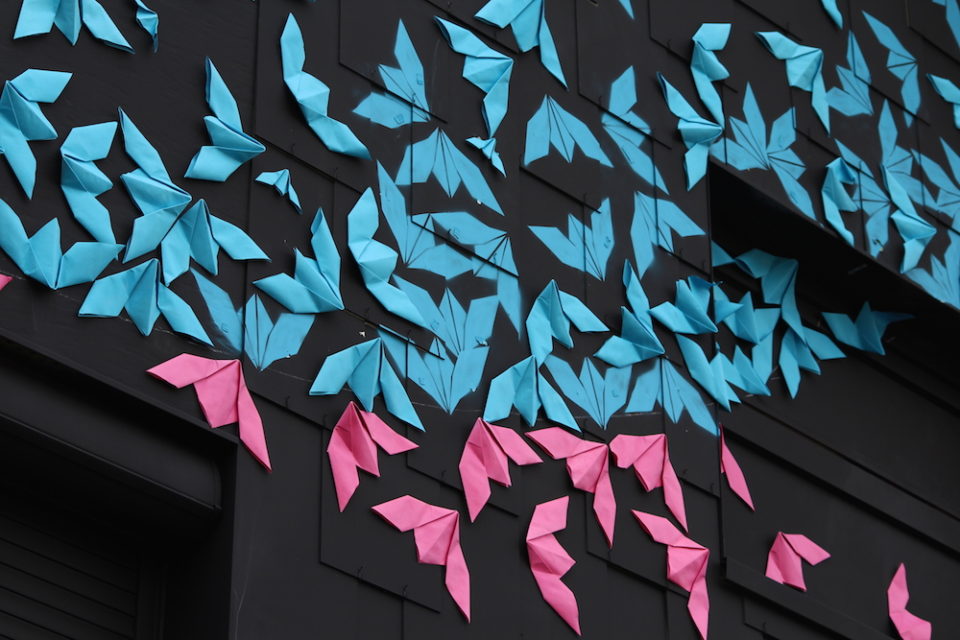 The bright, vibrant colours of the paper birds serve a purpose within the installation as well. They remind us that we need to consider the lives of those affected and help them continue to thrive or work towards a bright future after their displacement, rather than falling victim to homelessness or poverty as a result of rising rates in things like building condemnation. 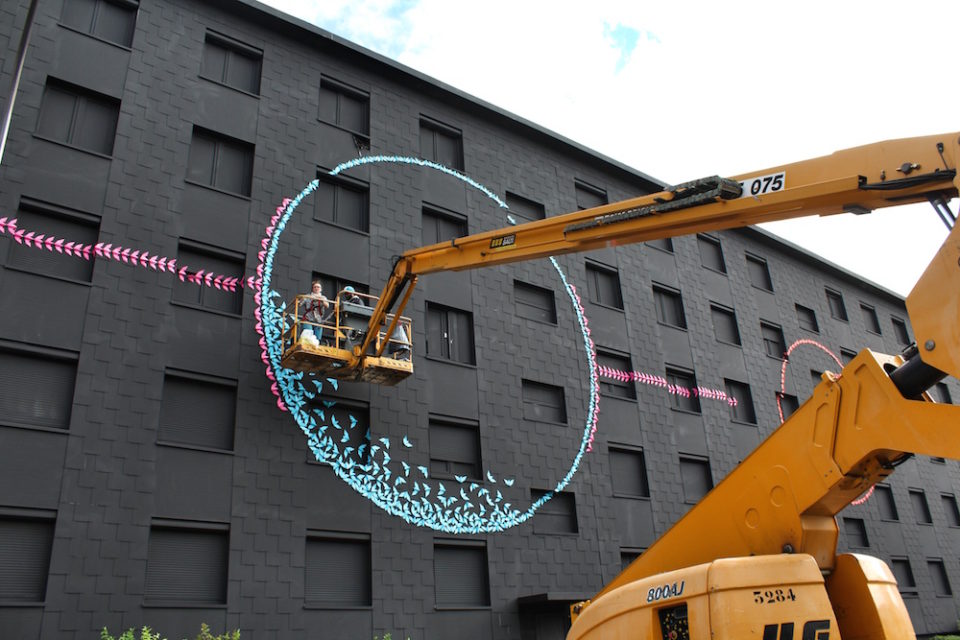 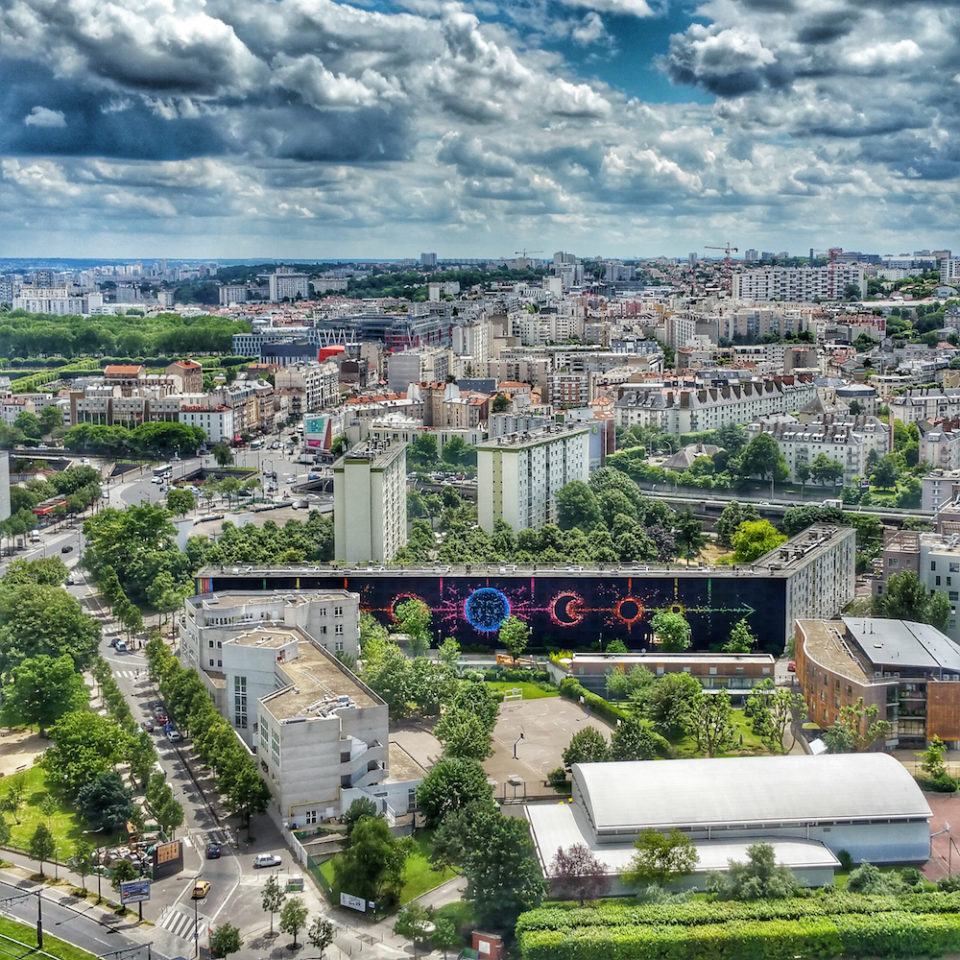 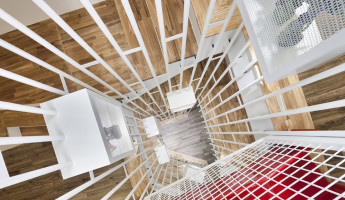