The Orkney Islands in Northern Scotland are frequently battered by storms and violent winds, which makes thermal insulation and a tough exterior essential characteristics for homes in the area. Taking the lead from inhabitants 2000 years ago, Raw Architecture Workshop made use of locally-source materials to build a partially-submerged house for a young couple living on the island. The design also managed to capture the spectacular sun rise views over the mountains, and the descent of the sun behind the islands.

Located on a steep slope that was previously used for grazing animals, Raw Architecture Workshop opted for living spaces on the upper portion of the plot to maximize views, while placing the sleeping quarters further down. Entrance is gained to the house via a concrete bunker almost entirely devoid of light, but as you go up through the building, spaces enlarge, the materials used are significantly lighter, while daylight levels and ceiling heights soar. The angled form of the house ensures the couple can always catch a glimpse of the sun, regardless of whether it’s ascending or descending in the sky.

Raw Architecture Workshop considered some environmental factors such as building position and orientation, the use of local labour, and the selection of appropriate materials. Features designed to improve insulation and reduce energy usage in the cold climate include an air source heat pump and super insulation. In time the wild grasses will also re-grow around the building to help it re-integrate with the landscape, and provide an additional layer of natural insulation. 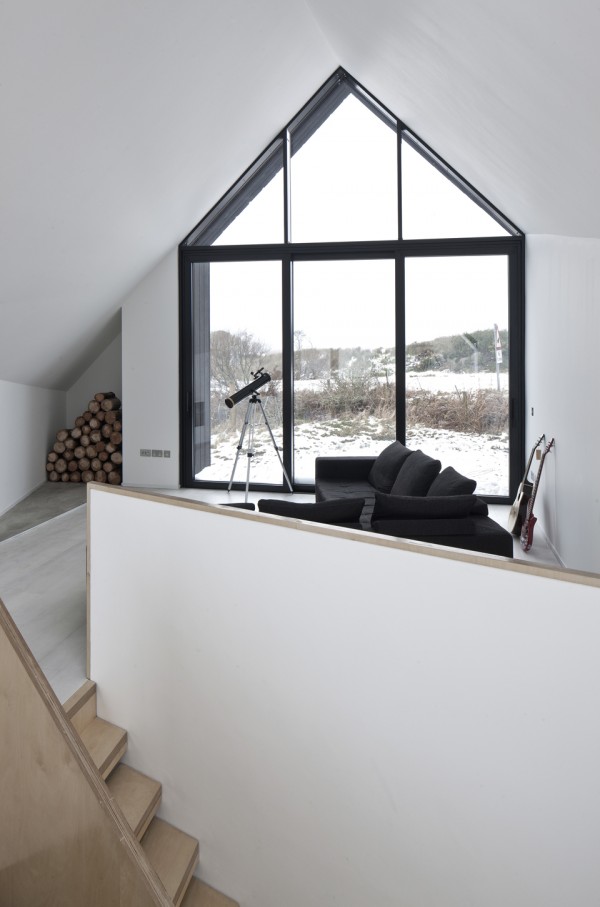 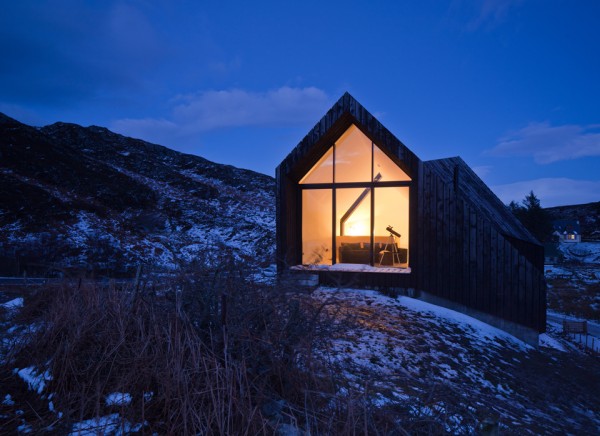 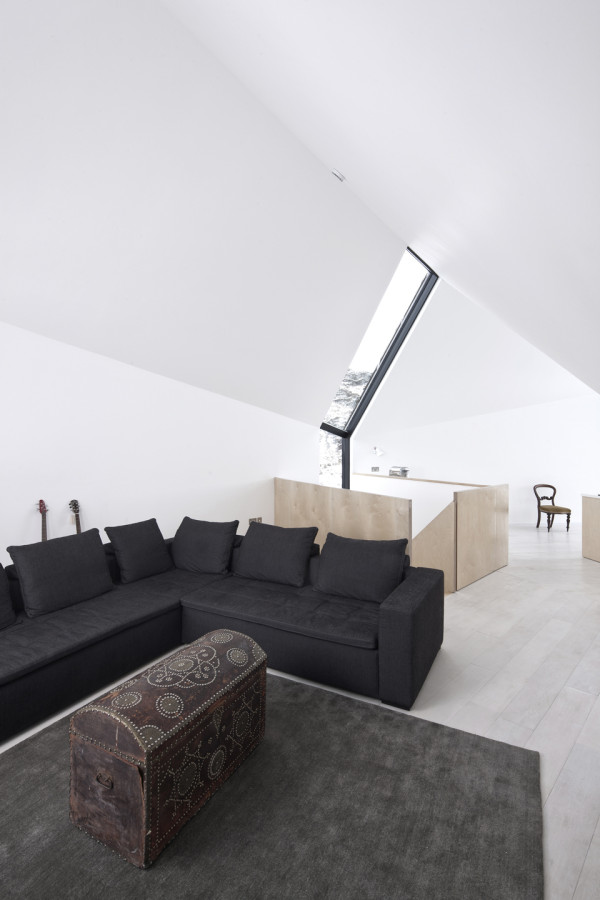 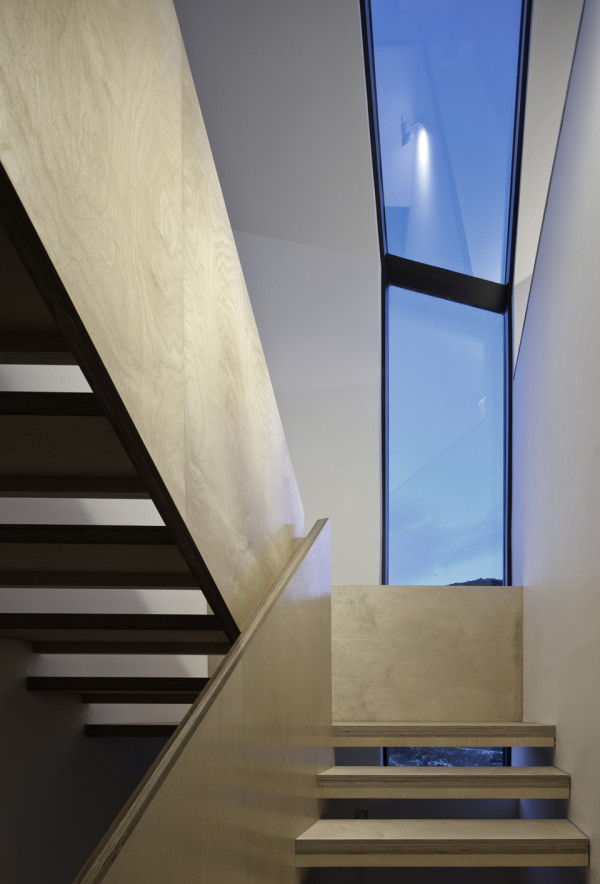