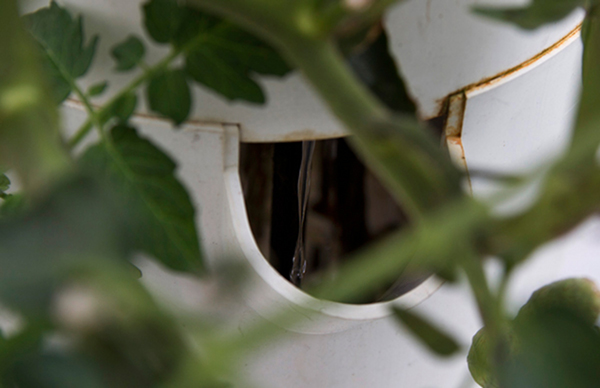 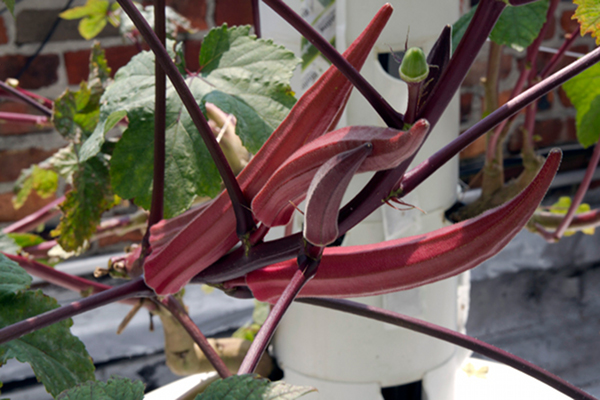 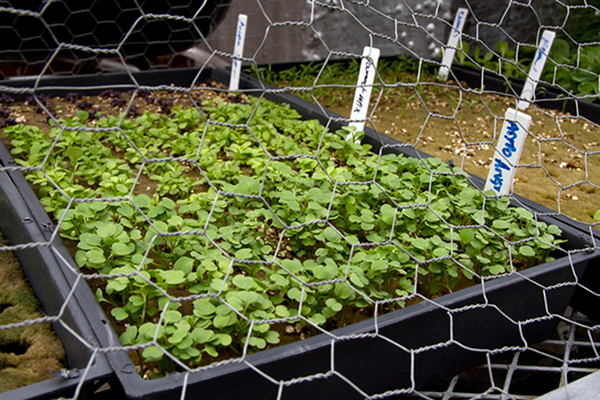 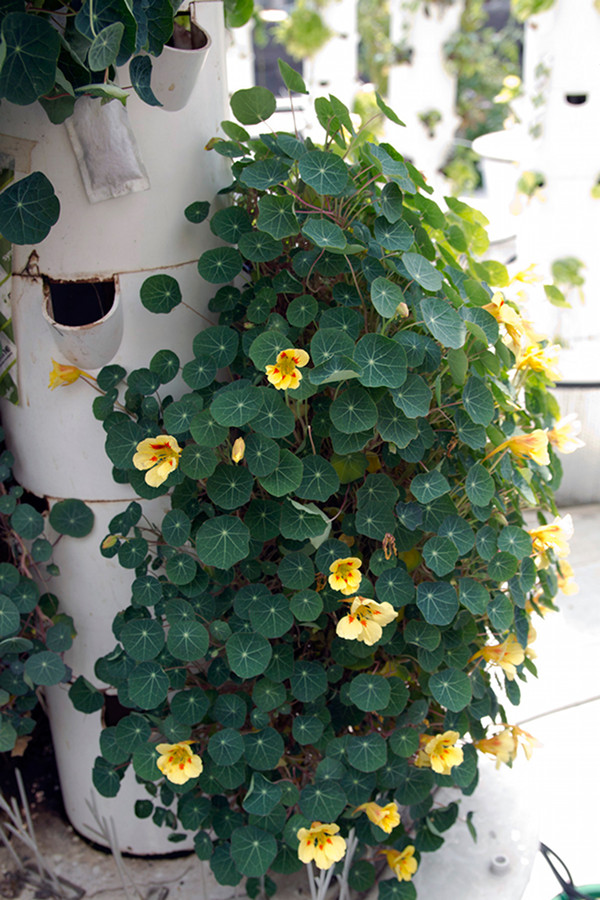 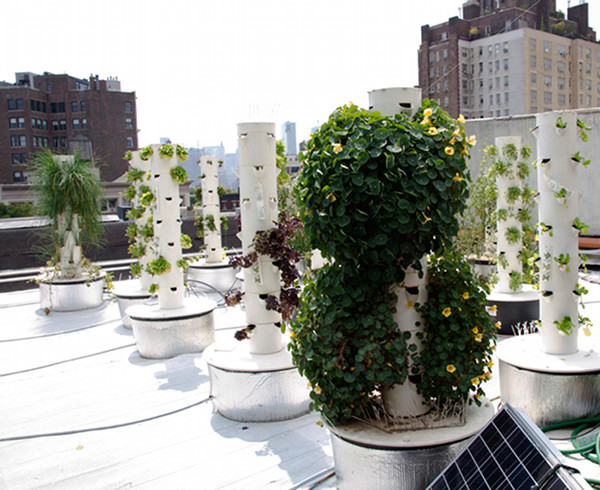 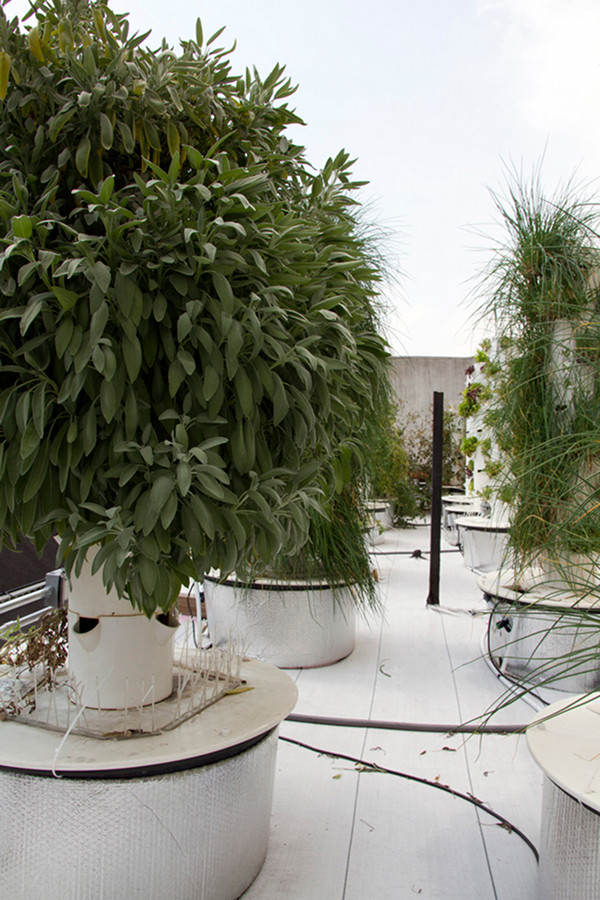 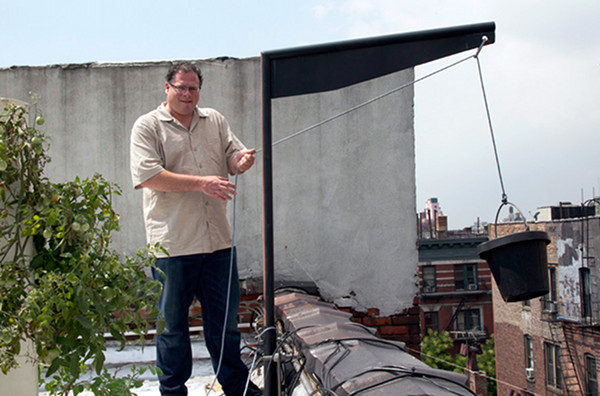 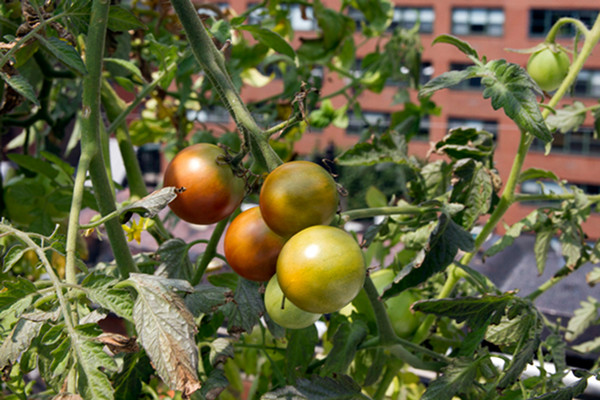 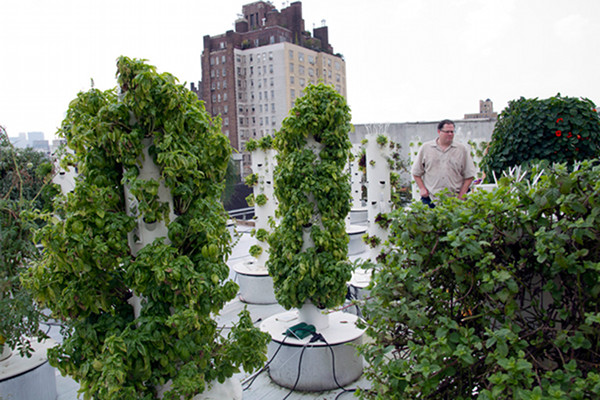 New York restaurateur John Mooney has redefined the concept of farm-to-table with his amazing rooftop hydroponic garden.  The food served at the Bell, Book and Candle is largely sourced from Mooney’s vertical farm, located a few flights of stairs above his Manhattan restaurant.  Climb those stairs, and you won’t find an ounce of soil– Mooney’s entire operation is based on vertical hydroponics, a relatively young form of agriculture that remains a frontier for food science.

Hydroponics is the cultivation of plants in nutrient-rich water.  There are many different styles of hydroponic gardening, but most use less than 10% of the water used in traditional agriculture.  Hydroponics also provides faster growth rates, with some hydroponic plants growing at twice the rate of soil-based plants.  Mooney uses a commercial product called Tower Gardens to grow his plants vertically, re-using the life-giving nutrient solution with little waste.  These tower gardens use a form of hydroponics called aeroponics, a system which sprays a nutrient-rich mist at plant roots instead of submerging the roots into the solution.  The result is quick yields, intensely flavored vegetables and very little waste.

The tower gardens Mooney uses are available online for $499 per unit.   Those curious about hydroponics can also build DIY systems from plans available online or with their own ingenuity.  We at TheCoolist built a pair of aeroponic systems using PVC fence posts and large plastic containers.  We’ve got tomatoes and cucumbers growing in solution-filled buckets, using a technology called “deep water culture”.  It’s surprisingly easy, fruitful and entertaining– a way to experience the future of farming firsthand.

John Mooney’s Bell, Book and Candle restaurant is helping to pave the way to a more sustainable and tasty food future.  While the farm-to-table movement is still in a stage of advent, hydroponics allows chefs like John Mooney to place that farm on a roof or even indoors under grow lights.  It’s not the convenience that chefs ultimately love, it’s the thing that gets diners into their restaurants– taste. [images via urban gardens]

We’ve mentioned John Mooney and his rooftop hydroponic garden a few times here on TheCoolist.  Check out its inclusion in our list titled Zombie Proof: 10 High-Style Designs for Zombie-Free Living.