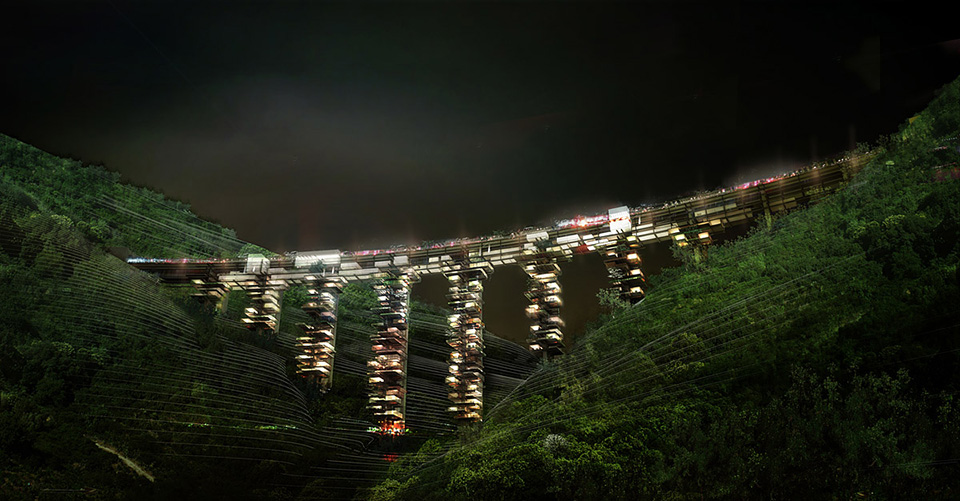 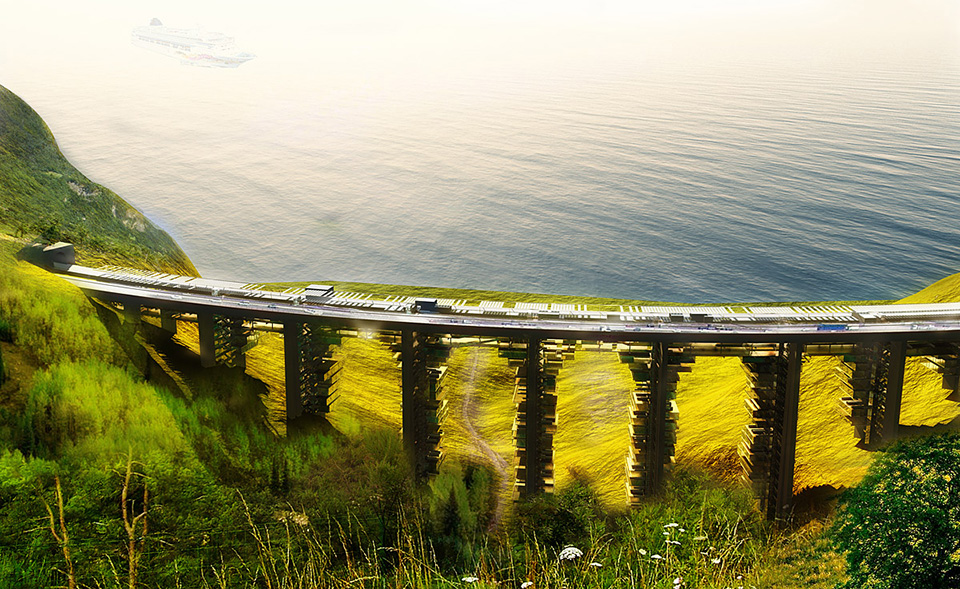 Italy isn’t exactly known for having a fair, balanced, and competent government. Of all the developed nations, Italy is often cited as being among the most corrupt. The A3 Autostrada Motorway stands as a terrible testament to that corruption. Stretching through over 300 miles of countryside between Salerno and Reggio Calabria, the highway has been in-development since the mid-1960s. It was never finished. At this point, it’s basically a bunch of wasted asphalt.

Four years ago, the local government decided that enough was enough. They decommissioned a section of the highway in order to build a new main road. However, to them, letting the old concrete viaducts and beautiful bridges waste away into ruin would be a terrible sin.

They hosted a design contest to ensure that the bridges wouldn’t go to waste. That they could be turned into something better, something more practical than a decades-old, run-down highway.  Something like…a city? 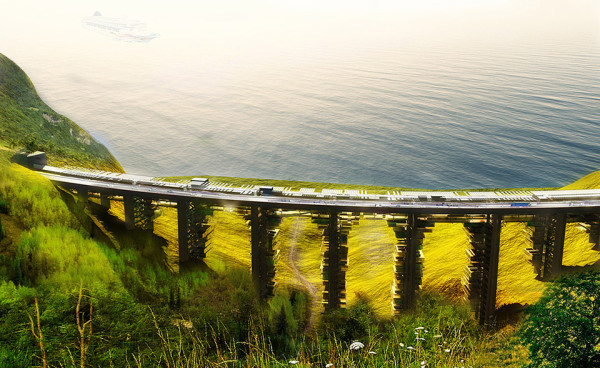 Under the proposal, titled “Vertical Villages;” several bridges throughout the region will be transformed into self-contained, solar-powered cities, complete with their own greenery. The cities would be completely sustainable, and would allow their residents to live comfortably while enjoying the beautiful Calabrian countryside. The concept is the brainchild of Manal Rachdi of Oxo Architecture.

“The government was asking for a sustainable way to preserve the bridges,” Rachdi explained. “They were so beautiful, and their position was so strategic, that we wanted to turn them into housing.”

The top of each bridge will function as a pedestrian walkway, with a section cordoned off for vehicles. Below, a number of self-contained shops, leisure centers, offices, and apartments would be built into the bridge’s support structure. The apartments and offices will be constructed in such a way that the structure of the original bridge is preserved, and from a distance, the bridge will look more or less the same (well…save for all the pretty lights stretching across its entire span).

“I call it an inverted high-rise,” Rachdi continued. ““In a high rise you come from downstairs and go up. In this, you have your car waiting for you upstairs, and you go maybe 150 feet down to get to your apartment.”

Not to rain on anyone’s parade, but…although the concept photos look positively stunning and the idea sounds incredible…no one’s really thought about where they’re going to get the money for this project. It certainly won’t come from Southern Italy, which is currently suffering through a deep economic depression. A shame, too: I’d love to see an idea like this one come to fruition.