DIY Architect/Hacker Builds a Towering Tiny House of the Future 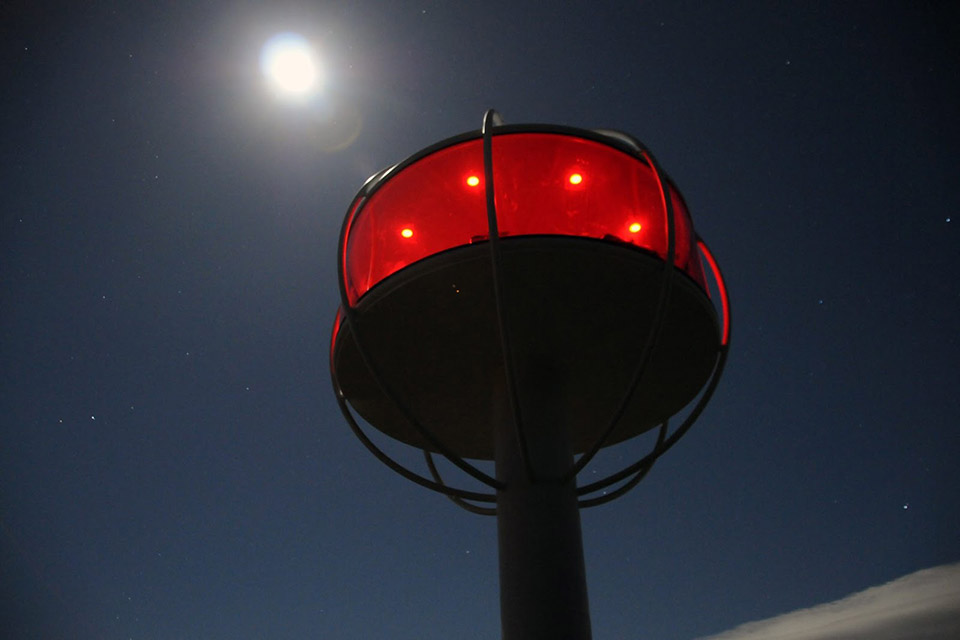 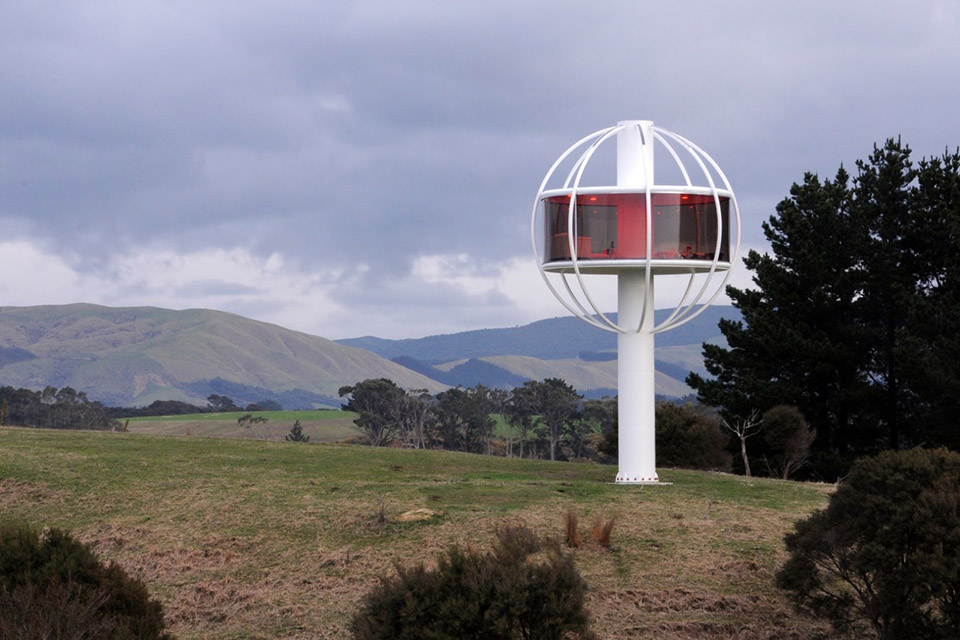 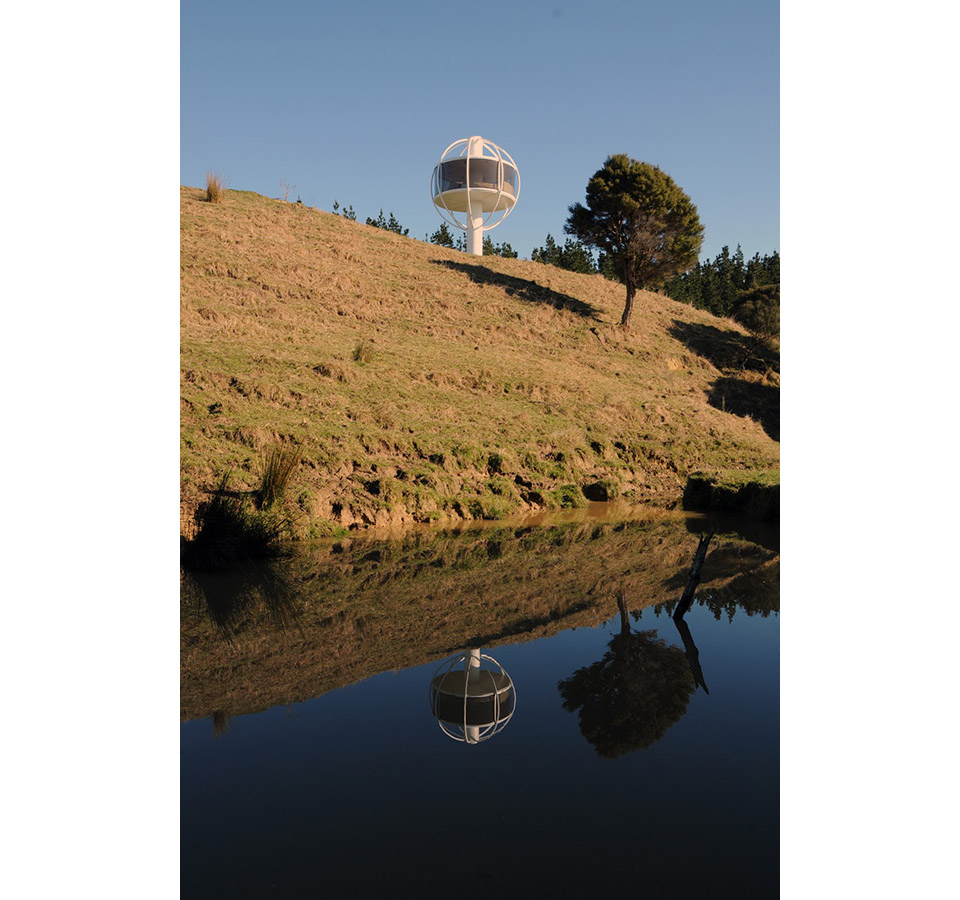 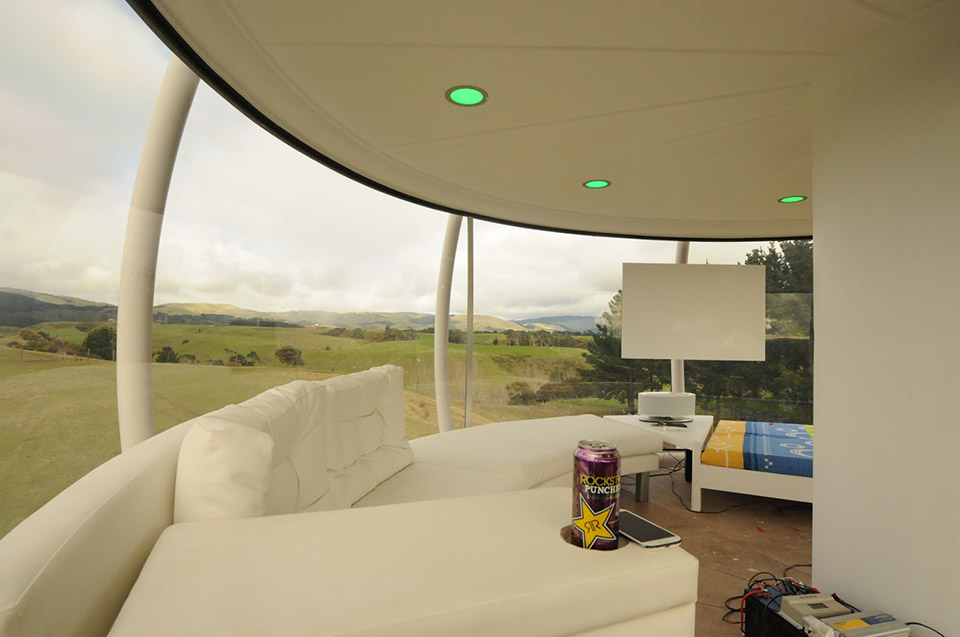 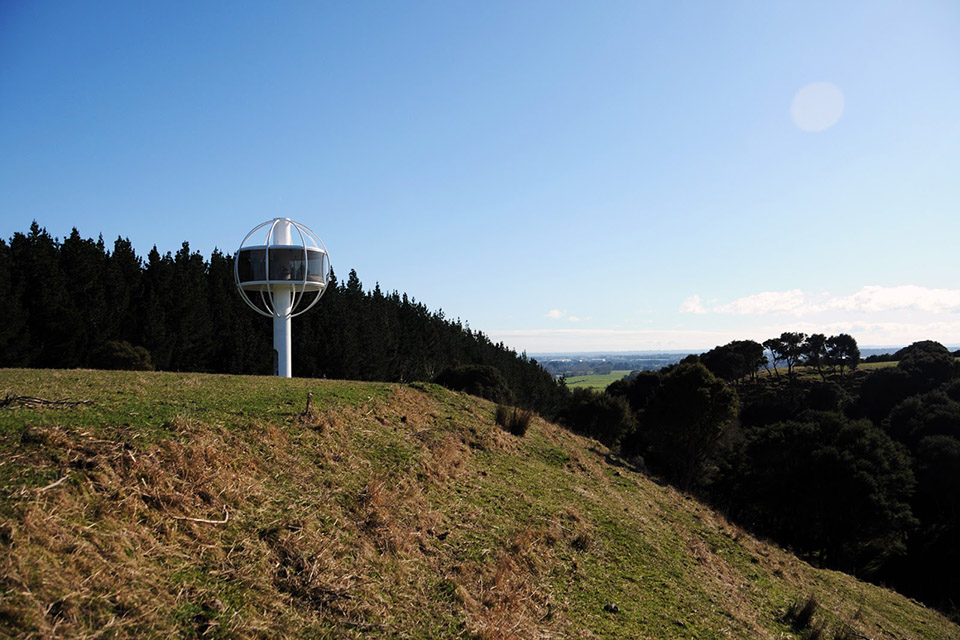 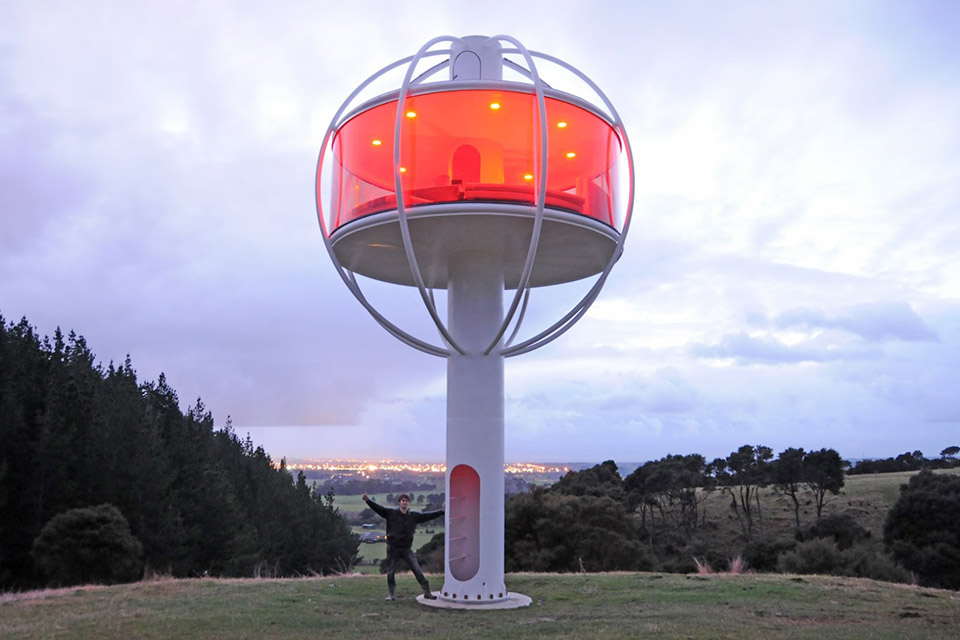 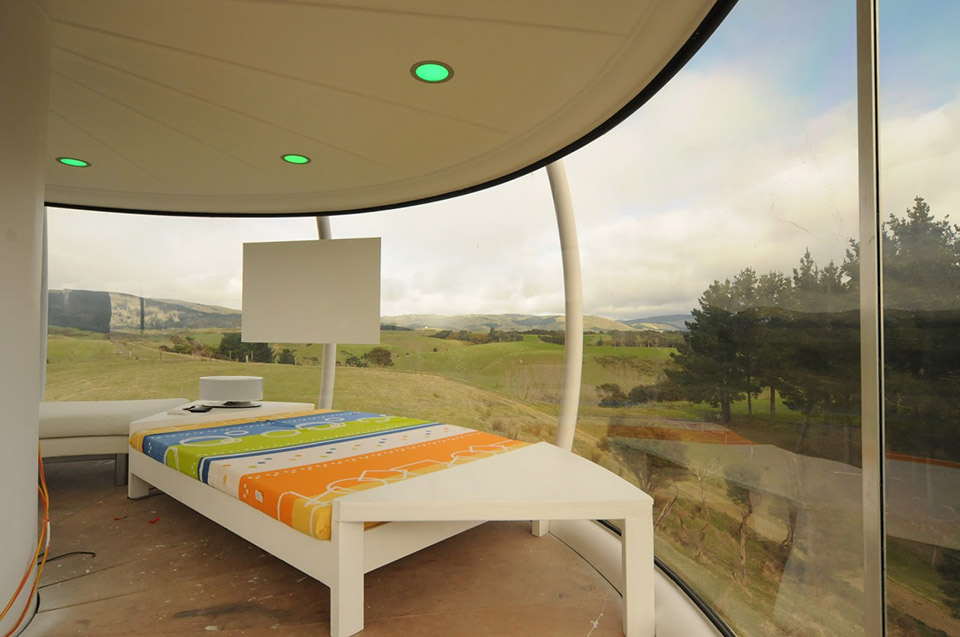 Jono Williams is a mild-mannered graphic designer by day, an unabashed dreamer by night. He just completed work on the Skysphere Tiny House, a tower of steel and glass that overlooks the rolling hills of New Zealand. It started as an ambitious design concept, but became real the moment Williams ordered 4 tons of steel from China. $75,000 later, the Skysphere is complete, instantly one of the most imaginative and unusual tiny houses ever built.

The shape of the Skysphere tiny house resembles a water tower, but this is not some sort of re-purposed facility. Williams designed the structure from scratch, then built it on his own from base to tip. It began with an excavation and an embedded frame support, then took shape when the shipment of steel arrived. In total, 3,000 hours of design and construction work were needed to complete the Skysphere.

The design and construction of the Skysphere is only half of the story. Williams’ experience in graphic design and engineering led him to tinker with the Android operating system to control and automate the structure. Everything from lighting to climate control to music and entertainment are controlled over the Android OS. Even the doors can be locked and unlocked with a mobile device, and on a whim, Williams can set the mood with whatever lighting scheme he desires.

Ultimately, the smart features of the Skysphere and the OS that powers it should be fully sourced to onsite solar panels. The home is now livable, but it’s using grid power — and that’s something Williams wishes to change.

What doesn’t the Skysphere have? It doesn’t include a bathroom or a kitchen, making it a living space and bedroom but not a full-time living facility. That could change in the future. If you’ve caught on so far, it’s safe to bet that if Williams desires to create something, he’ll do it. His Skysphere is proof of his creativity and determination.

Kudos, Jono Williams. We’re eager to watch your story (and your Skysphere) continue to develop. 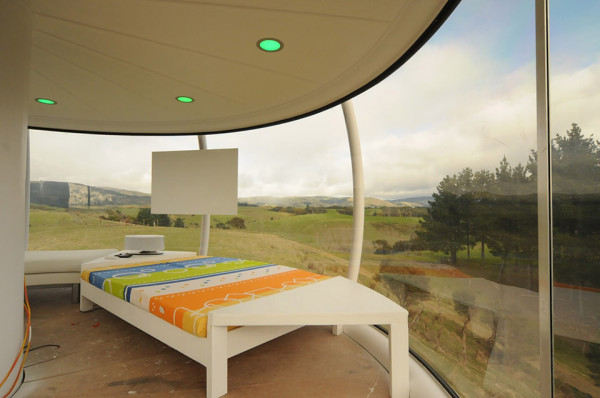 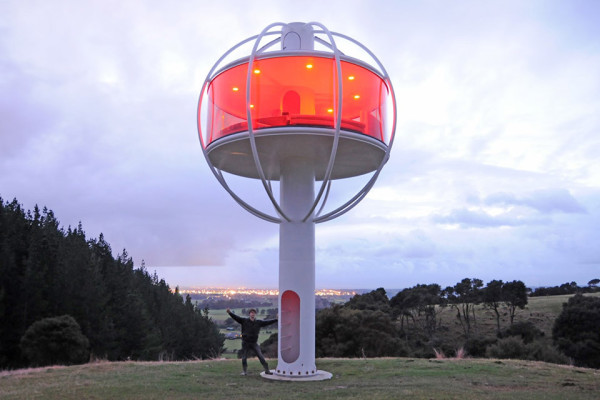 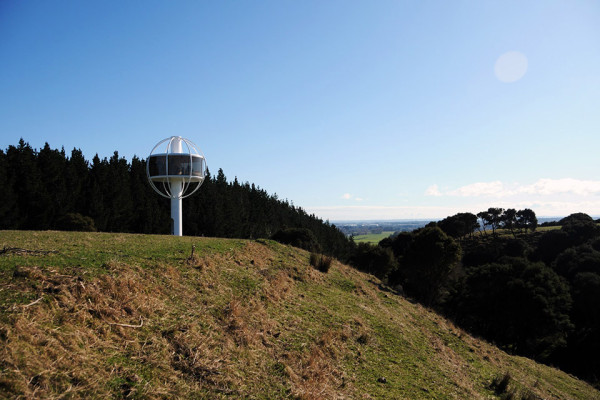 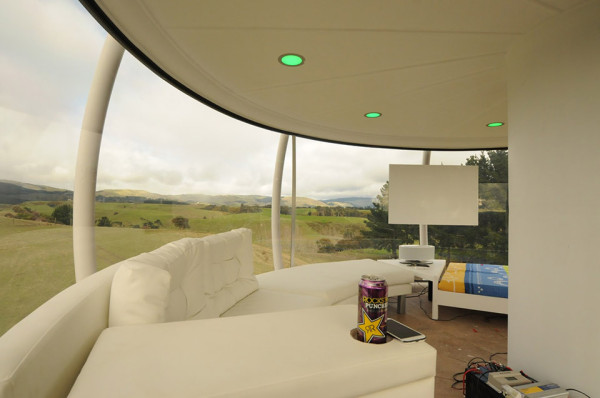 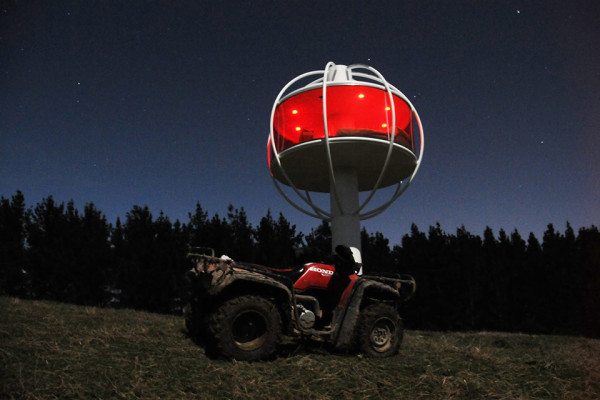