This Ground-Breaking Zero Energy Home is a Stunning Sustainable Milestone 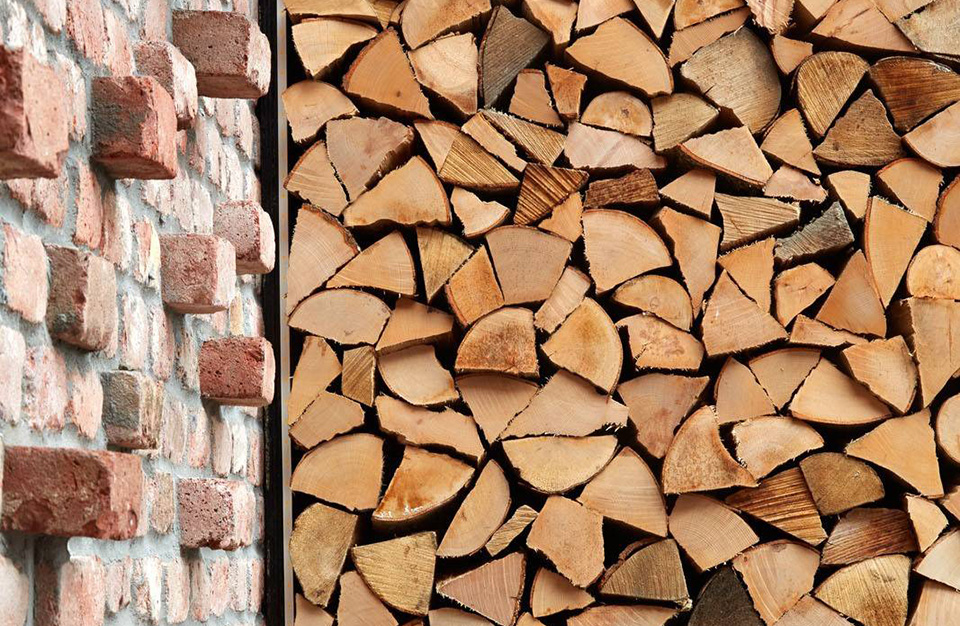 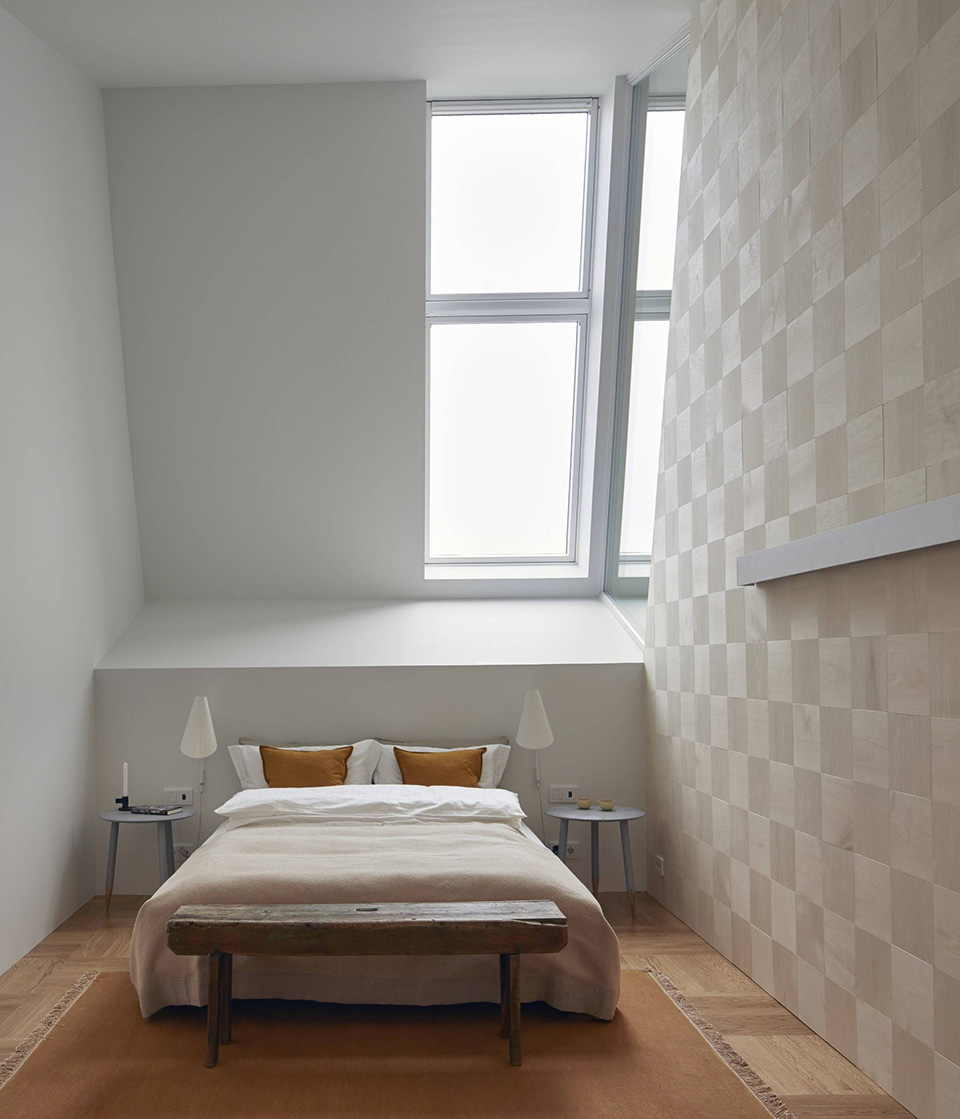 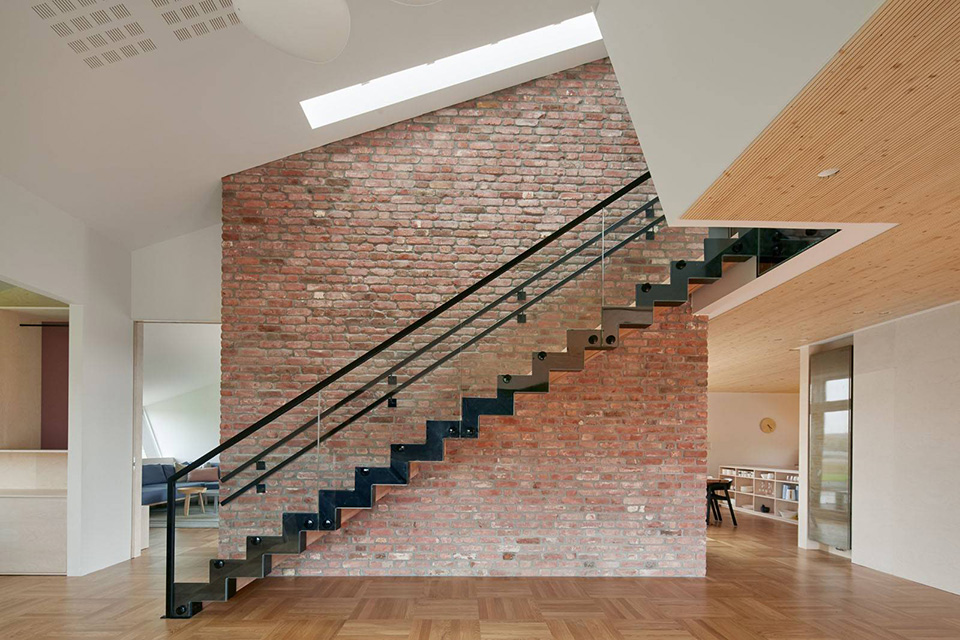 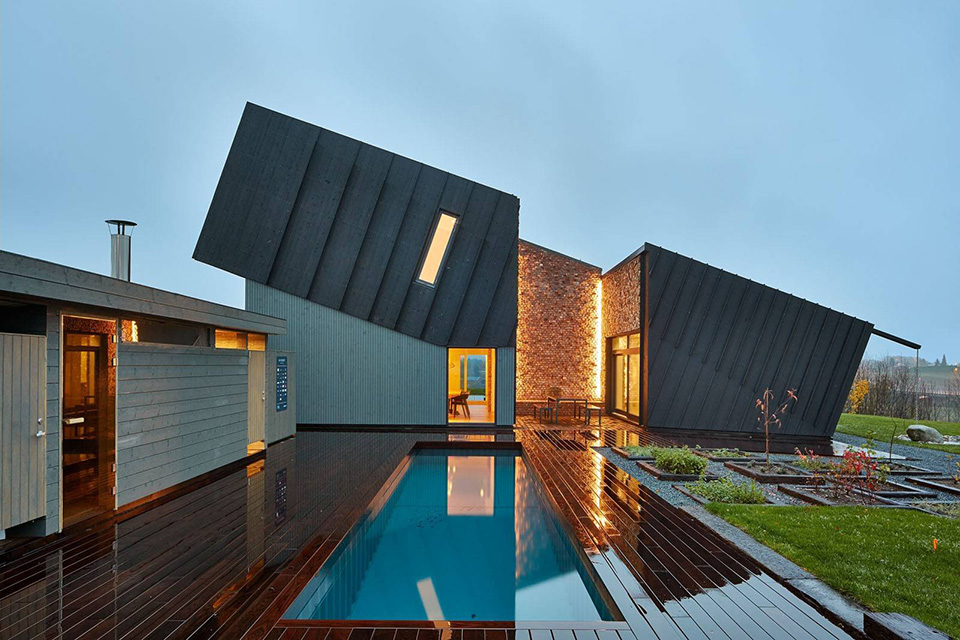 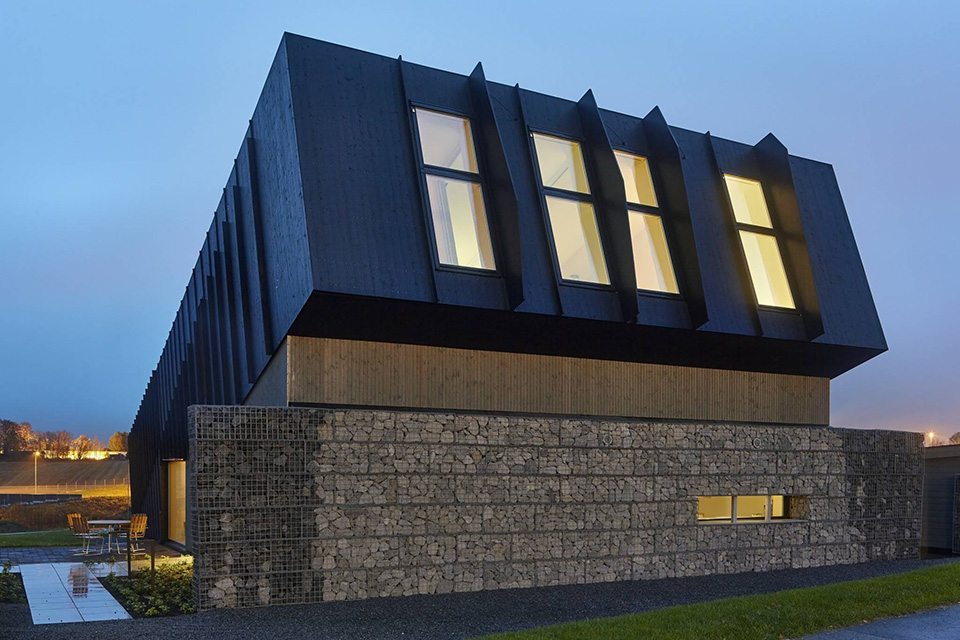 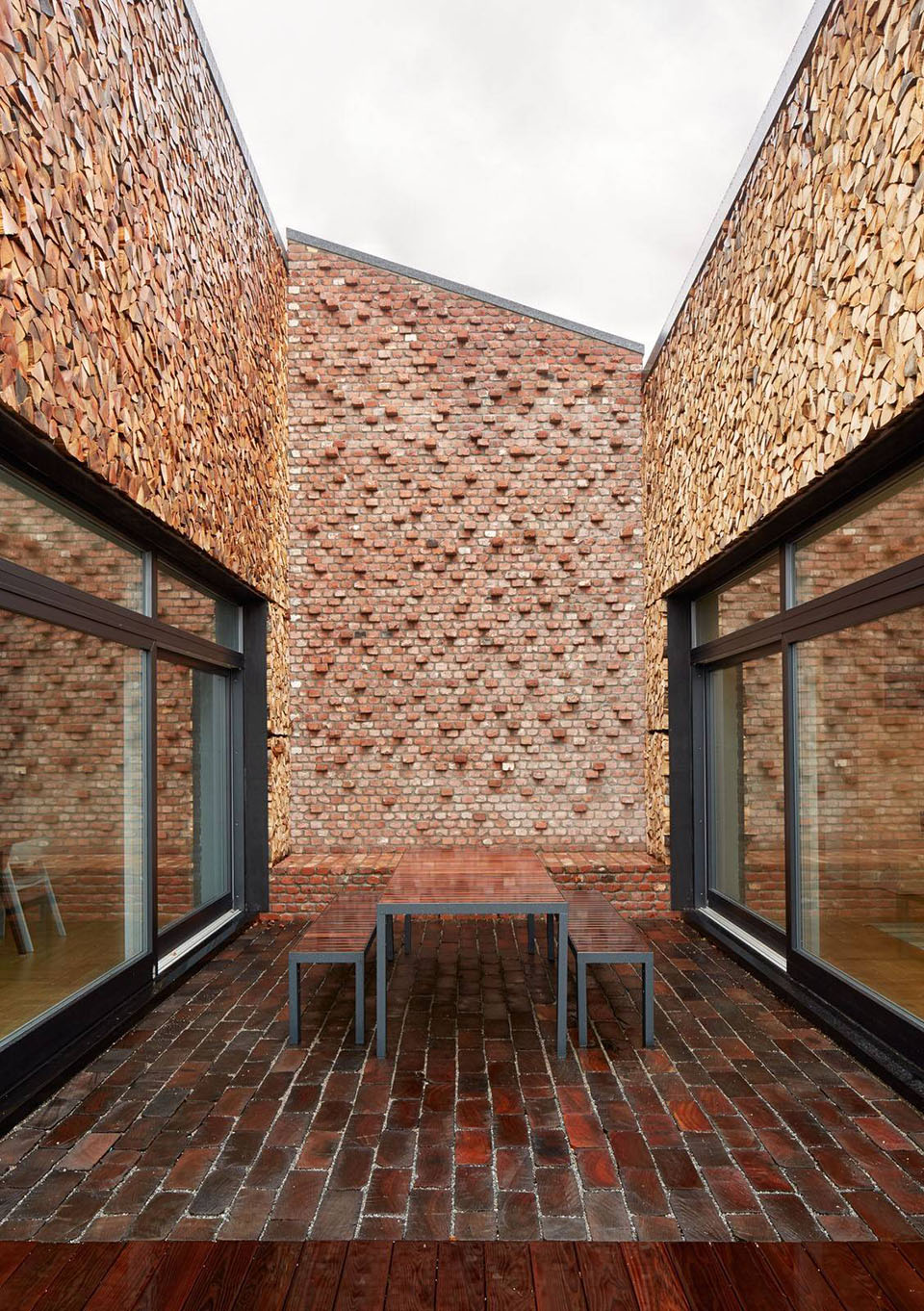 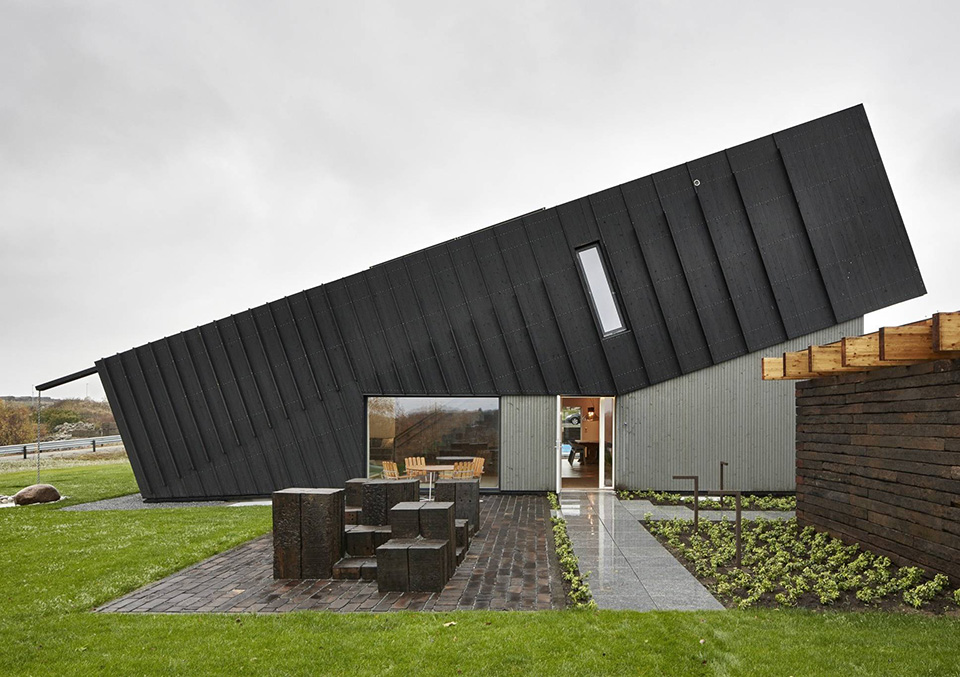 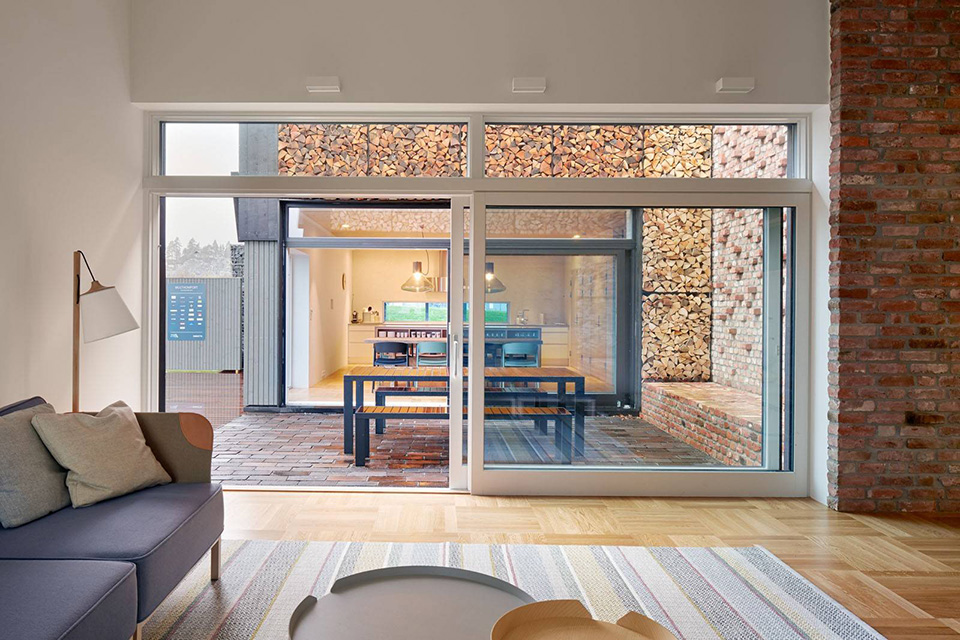 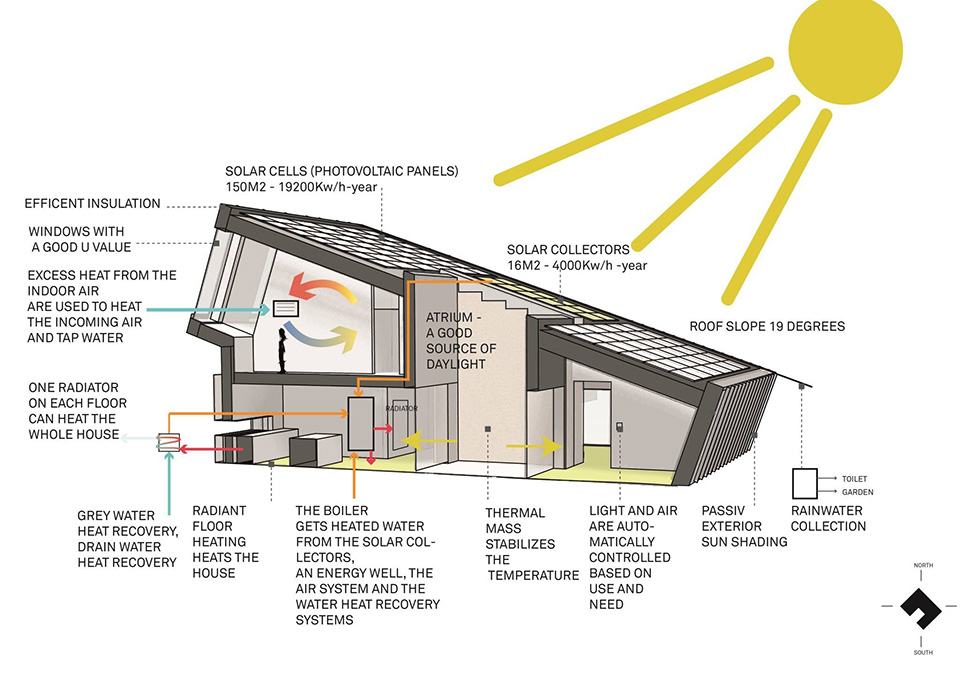 The zero energy home is an elusive bird. Despite the combined efforts of some of the world’s greatest architects, true sustainability remains a rare luxury. Around the world, only a few zero-energy building (ZEB) residences have been documented. Today, another home joins their ranks: the Snohetta ZEB Pilot House, a true zero energy home located to the south of Oslo, Norway.

The Snohetta ZEB Pilot House is a collaborative project designed by Snøhetta and their partners at Brødrene Dahl and Optimera. It is an imaginative, functional zero energy home that will act as a residence and a demonstration center for ZEB technology. Every corner and angle of this house has been engineered for a purpose, a home that is as calculated as it is contemporary.

The Snohetta Pilot House was engineered to meet the rare ZEB-OM classification, which requires that a home verify a minimum of 100% CO2 offsetting. That means this home and all of its power sources must be 100% independent of any fossil fuel source. Instead, it uses carefully-selected building materials, passive climate systems, renewable energy sources and water management techniques to live in a completely sustainable manner. Not partially sustainable, not close enough, but 100% free from the wasteful energy traditions of the past. 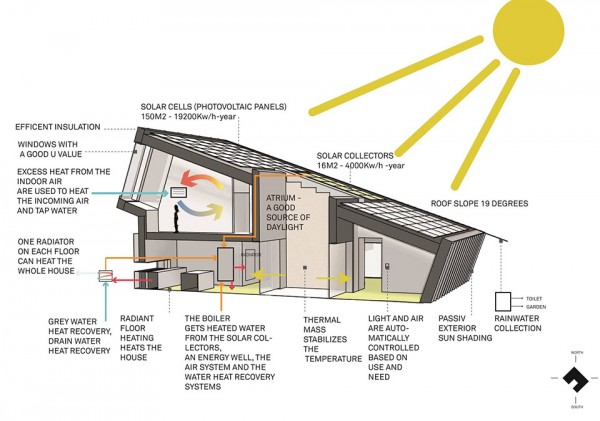 A noteworthy design element of the Snohetta ZEB Pilot House is its angled roofline, shown as a tilted rectangle. On its pitch, a series of photovoltaic solar panels and solar collectors produce both electricity and water heat, respectively. The photovoltaic array produces 19,200 kwh/year, while the solar collectors produce an additional 4,000 kwh/year for water heat. Beyond the solar array, a series of geothermal wells adds a second power and heat source to keep the home humming in darker days.

The active electrical and heating systems of the Snohetta ZEB house are also met with many passive energy technologies. Precision-measured air circulation, well-positioned thermal masses and natural light sources keep the home sipping energy from its sustainable sources. Meanwhile, the home’s unusual roofline collects rainwater for use in grey water applications both indoors and out. Every window and every wall are a part of a strategy to manage the home’s climate and get the most out of its smart energy sources. 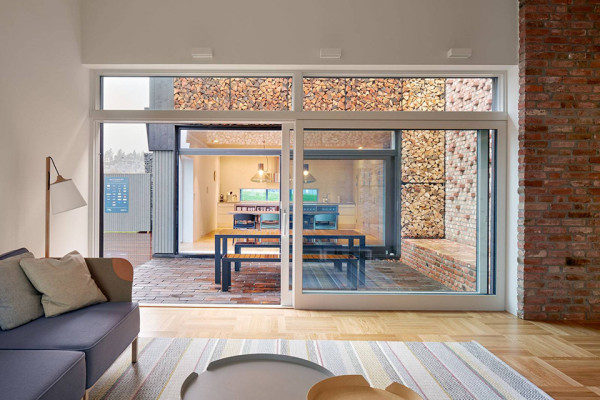 Is the Snohetta ZEB pilot house successful in these goals? Early tests show that the home isn’t just a “zero energy home”, it produces more energy than it can consume. This additional electricity is enough to charge the batteries of an electric car for daily driving. Not only are the home’s typical energy use needs met, but so is the family car as well.

The Snohetta ZEB pilot house is completed and ready for demonstration in Larvik, Norway. Its technology and development is still too costly to be available to us average home shoppers, but it’s a step in the right direction. With advancements like these, a zero energy home could be in our own future soon enough. 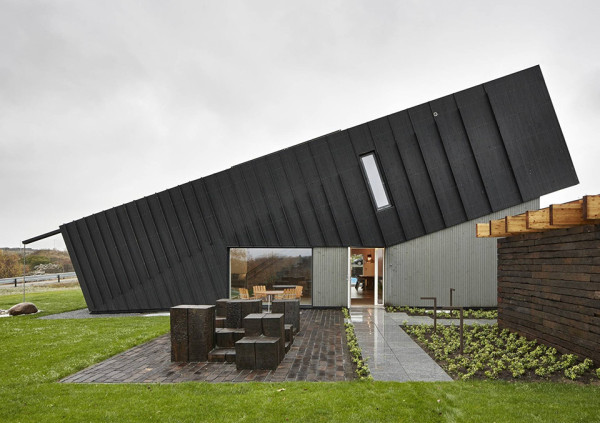 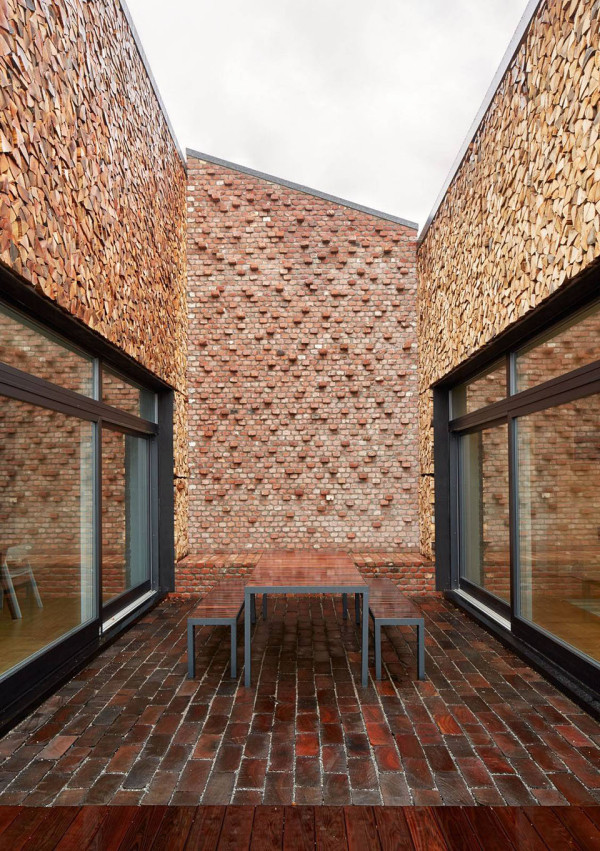 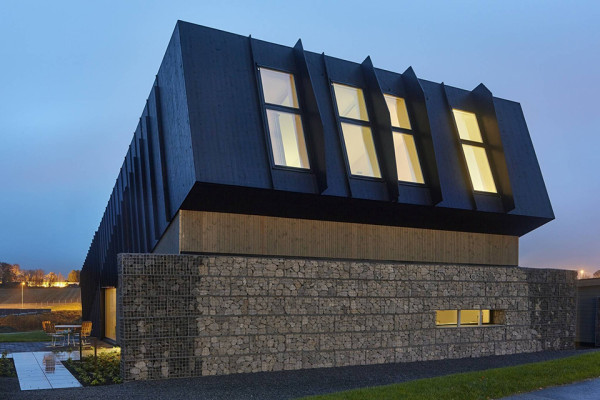