This contemporary home is a cool, calming force in the desert beyond Las Vegas. It’s a stone temple of sorts, a rigid rectangular structure resting on nine acres of dry, coarse sand. The Stone Court Villa by Marwan Al-Sayed Architects is perfectly at home in this environment, a design that celebrates the sandy topography of Nevada.

The Stone Court Villa is named quite literally by its design. Its most predominant material is limestone, shaped into large bricks that form much of its structure. The centerpiece of this design is its courtyard, a feature that blurs the lines between interior and exterior spaces. The cool stone material and the indoor/outdoor philosophy of this space is reflected directly in this name.

The limestone material of the Stone Court Villa acts as both a structural element and its primary visual texture. Its color echoes the cool, unsaturated tones of the desert. The limestone bricks are arrange tightly in most places, but in others, they’re varied to allow light in and out throughout the day. This variance, and the slight perforation in some parts, is a key visual element that gives the house its personality.

The interior of the Stone Court Villa is designed to be a continuation of the desert scene beyond. Large, floor-to-ceiling windows bring the desert into the home, while spinning wooden doors rotate open to connect inside and out. Apart from these open shared spaces, private rooms and personal spaces are tucked away deeper into the home. These spaces are climate controlled with a quiet radiant cooling system that maintains casual comfort. The interior is minimal and relaxed, but the goal of the home is to focus the attention of its guests onto the desert beyond. [180degrees via architizer] 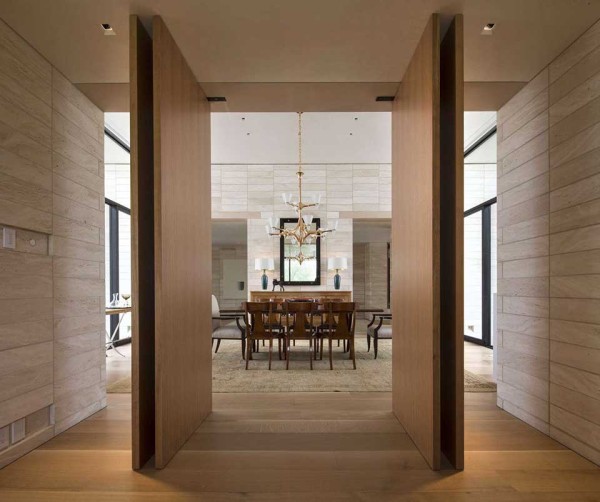 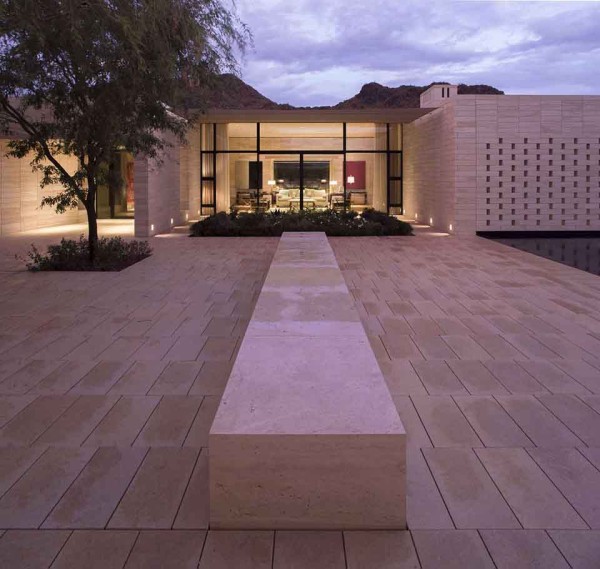 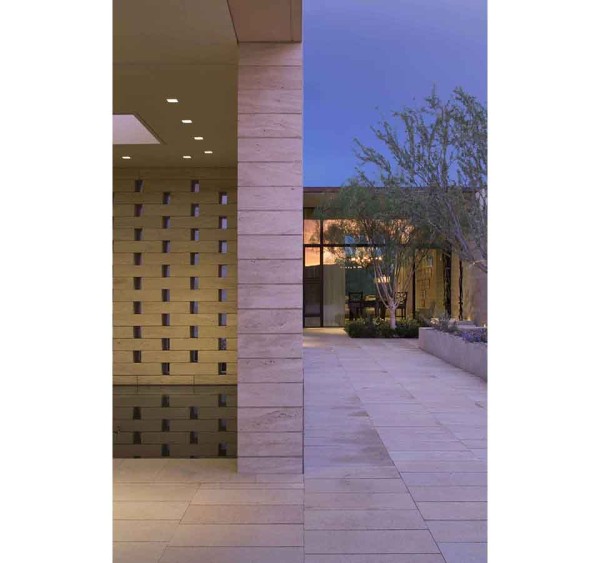 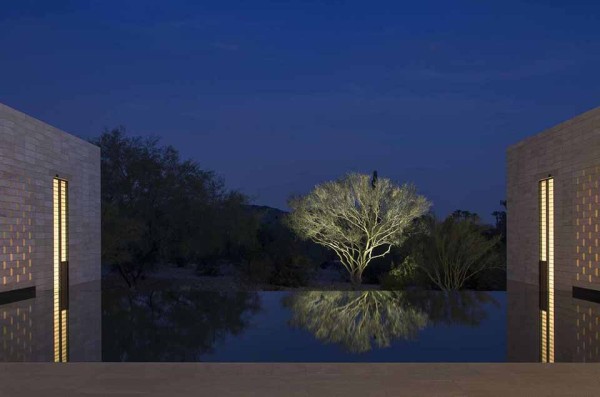 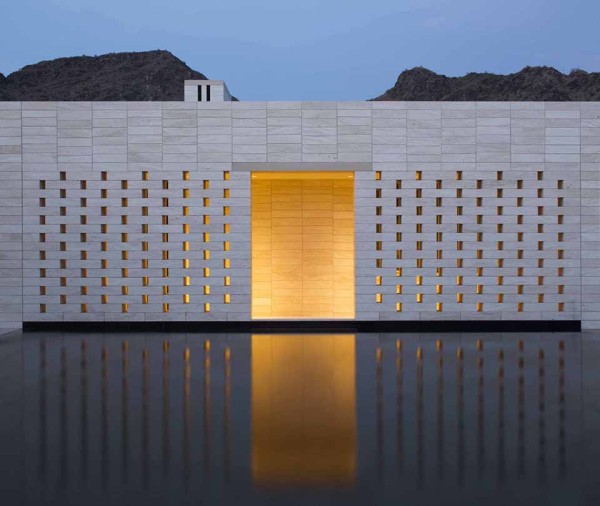 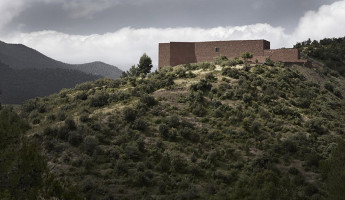 Morocco Villa by Studio KO is a Modern Mountain Fortress 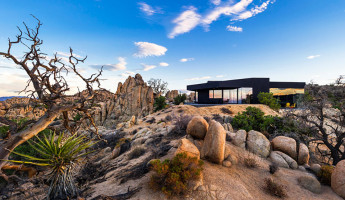 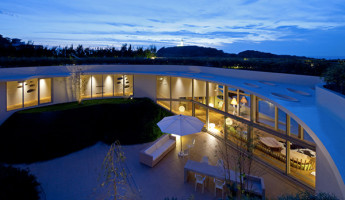 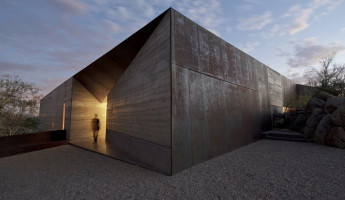 Desert Courtyard House is a Glass Palace in the Wilderness