An old decaying garage was given new life as a stunning lakeside retreat near Seattle, Washington.  The Lakeside Garage Restoration by Graypants is the firm’s debut architectural project, the first of many successes in design that we hope to cover.  It began as a nondescript garage from the middle of the last century, dated and decaying but constructed with many desirable features.  Its original fir woodwork was to be reclaimed and reused for the new structure, which recalls the spirit of the old building in shape alone.

The new structure is a lakeside cabin with an open floorplan, floor-to-ceiling glass and a slatted roof for full environmental immersion.  It is imaginative and mysterious in spirit, using panels and strings of lights embedded into structural elements of the cabin’s interior.  The walls on one side slide up like the entrance of the original garage, while a series of exterior screens enclose two sides for the privacy of its occupants. The interior space is wide and open, suggesting a room that feels larger than it actually is.  At night, hidden beds can be revealed for comfortable sleep until the sun approaches the following morning.

The “Garage” project by Graypants isn’t just a remarkable work of restorative architecture, it’s as accessible as it is aspirational.  Smaller spaces like these can be had by those with tighter budgets, as opposed to the grand contemporary homes we typically cover.  Hopefully this is a point of emphasis in Graypants’ future projects, because I believe all of us could imagine ourselves spending our weekends in a retreat like this. [photography by amos morgan photography] 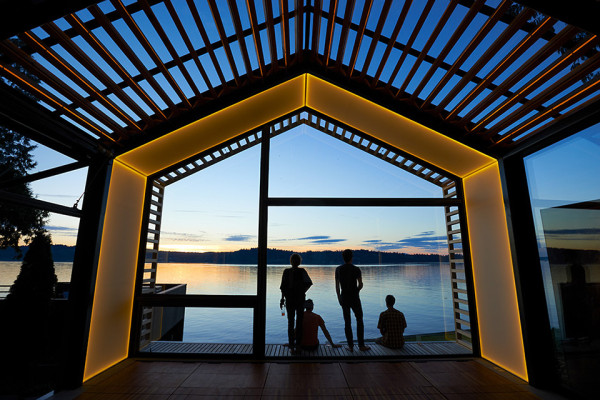 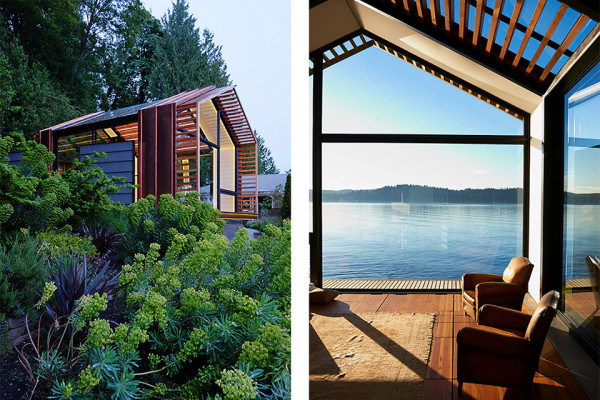 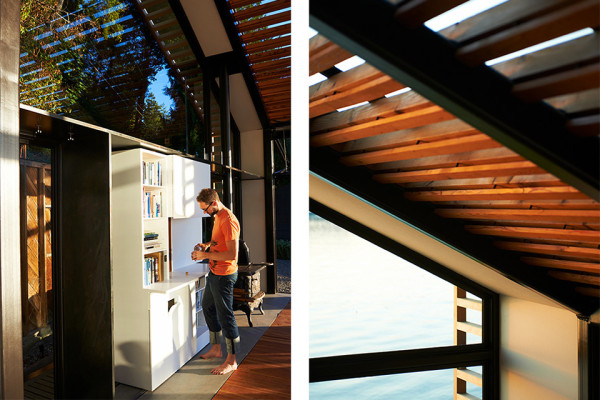 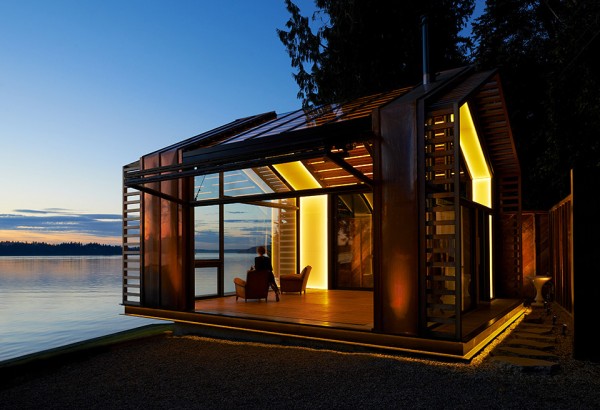 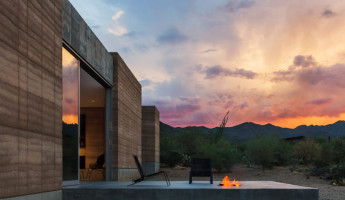 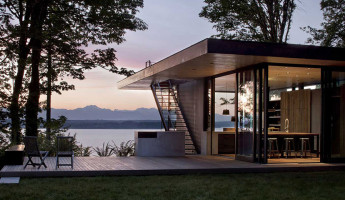