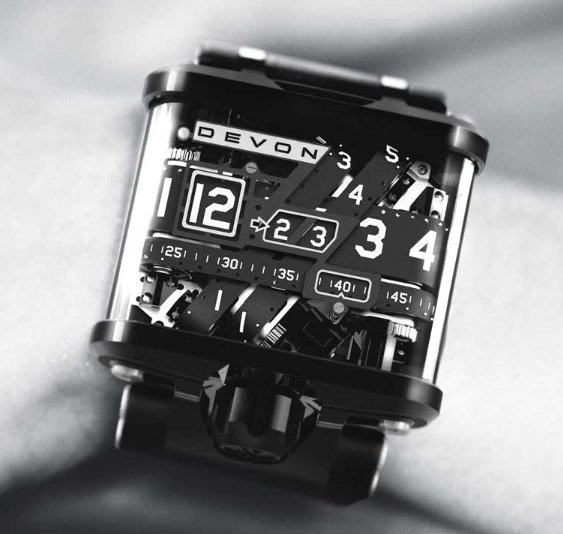 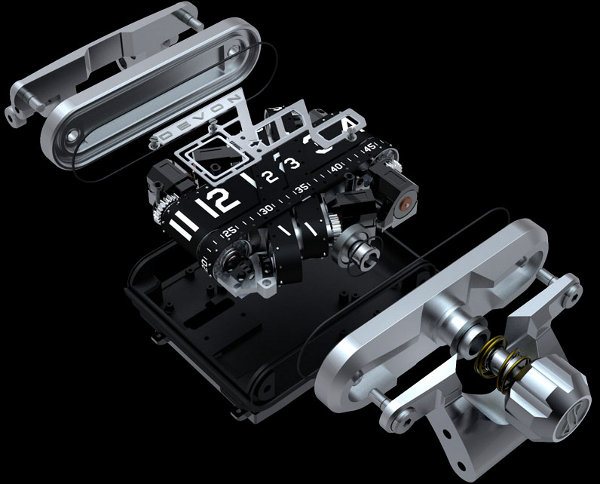 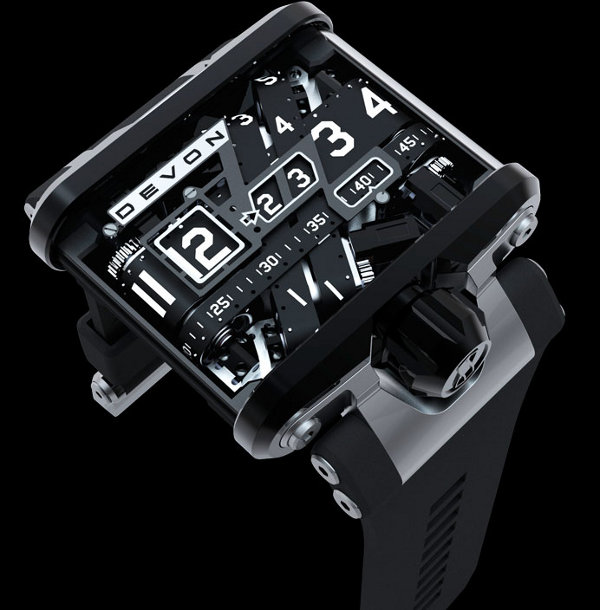 The Devon Works Tread 1 Watch is a watch like none other.  It represents cutting-edge futurism in design, in production and functionality, a watch already weaving a story of its very own.  The Devon Works Tread 1 features four internal 2-micron thin belts that rotate through this timepiece’s mechanics with an exact precision.  They’re each monitored by an optical recognition system to keep them in tune, with motors powered by a lithium polymer rechargeable cell.  Now for the groundbreaking part– that battery is charged via wireless induction, a bold step forward for watch power technology.

The design of the Devon Works Treat 1 Watch appears to share inspiration with a motion picture film camera of the last century.  The thin belts that slide through this watch’s mechanics recall the same sensation as film flying through a camera at 32 frames per second.  The association is fitting, as the Devon Works Treat 1 was designed and constructed in California– not by a motion picture producer, but an aerospace company.  The result is a bold, progressive and bulletproof watch with a groundbreaking style of movement in a one-of-a-kind design.  The first Tread 1 watch will be available this year for $15,000.  [devon works via hodinkee]