The Perez Art Museum Miami is a Monument to Tropical Modernism 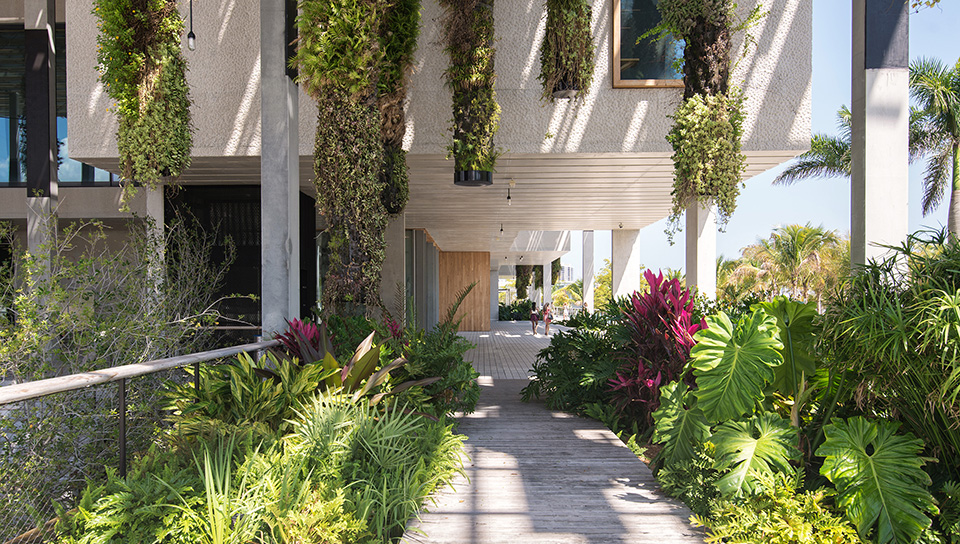 The Perez Art Museum Miami is a living work of architecture. Beyond its planters and hanging gardens, it is a design that changes and shifts with time. Each day, the sun tracks across its facade, casting shadows and highlights that shift across its shape. Each season as the sun pivots, its plant life blossoms and swells. It is a strong, silent and stationary work, but one that appears different based on the time of day and year that you visit.

Upon its completion in 2014, the Perez Art Museum Miami (PAMM) became the most significant work of tropical modernism in that category’s capital city. It is a symbol of Miami’s design sensibility, its progressive spirit and the lush natural environment of Florida’s coast. It was designed by a firm that had already established a legacy in Miami, the Swiss architecture group Herzog & de Meuron. Jacques Herzog & Pierre de Meuron had shown a distinct voice in designing the 1111 Lincoln Road parking and retail facility in Miami Beach, and this second work is a success in line with the first.

As Miami’s star continues to rise, starchitects from around the world are coming to try their hand at tropical modernism. The Perez Art Museum may be the best example yet, a truly fascinating work of museum architecture.

Words and Photographs by Seamus Payne, architectural photographer, filmmaker and publisher of TheCoolist.com 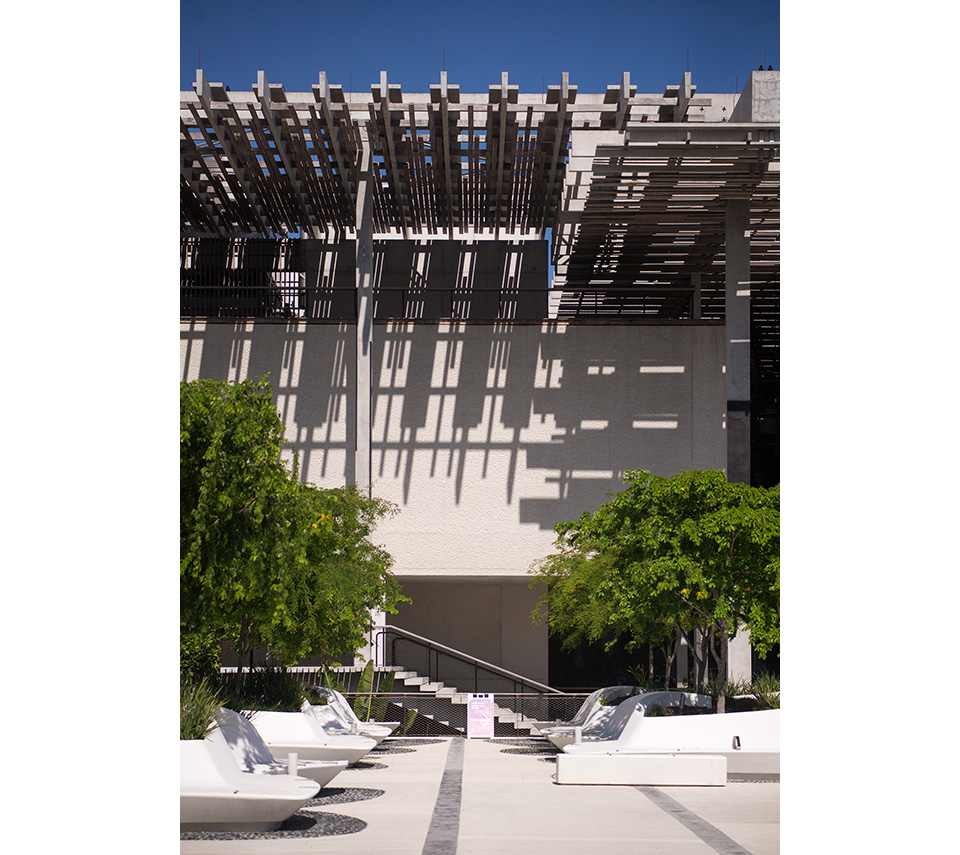 A primary design element of the Perez Art Museum Miami is the grand wooden canopy that skirts the building’s roof line. Wooden slats intersect in a varied pattern that repeats itself around the entire structure. As the sun tracks across the sky, this canopy casts shadows on the walls that add a signature visual character.

The pattern of the wooden canopy is reminiscent of the late works of Frank Lloyd Wright. In Wright’s later years, patterns in wood and textile blocks were a signature aspect of his design. At the Perez, the wooden canopy casts these types of patterns on the building that adds another dimension to its appearance.

This building’s design is not just wall and window, it’s also light and shadow — and that owes itself to the canopy at its peak. 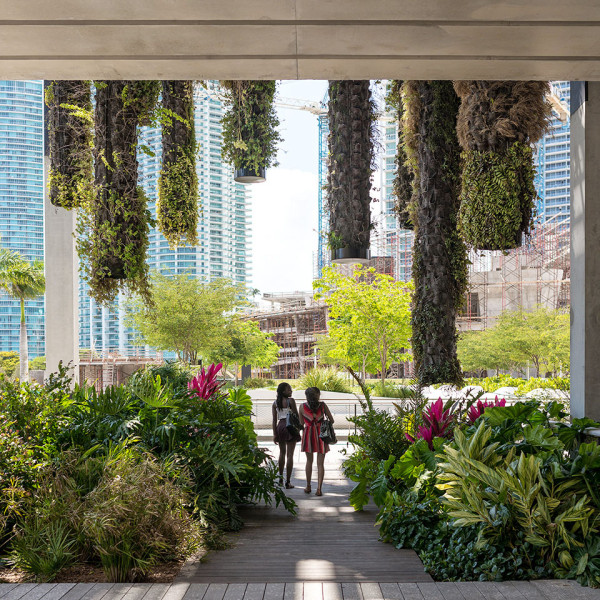 Beyond the canopy, the landscape architecture is another significant focus in this museum’s design. Planters are placed in strategic areas throughout the main level. On the approach, a split garden guides visitors toward the building’s entrance. Others hide stairwells and utilities, providing an unblemished visual appearance from afar. 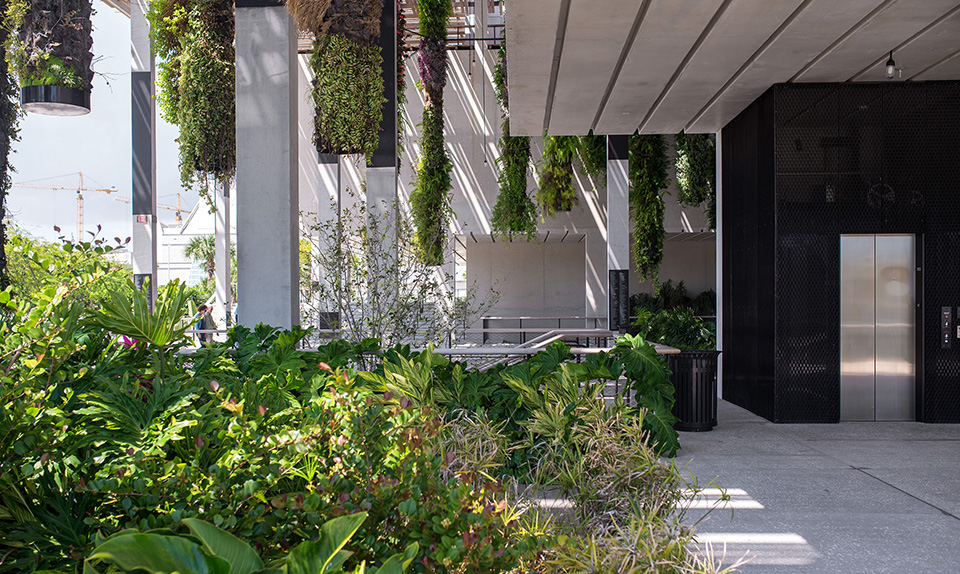 Hanging cylindrical gardens surround much of the building, holding air plants and other native species as they slowly spin and sway in the wind. Each hanging garden is watered from above, dripping onto the gardens that stand beneath them. These vertical gardens and the landscape patches below present a building that is very much alive. Without these lush landscaping touches, the Perez Art Museum Miami would not hold its tropical allure. 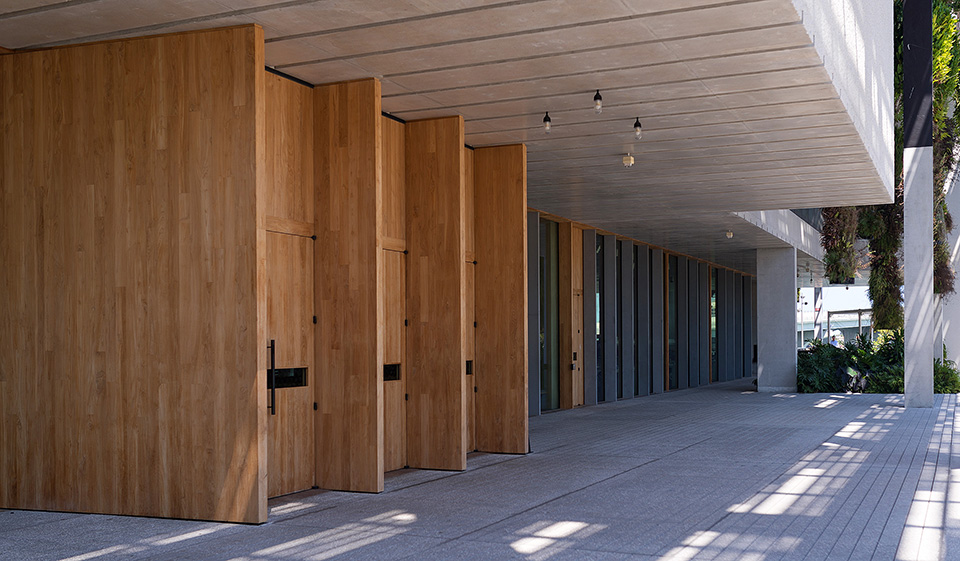 Beneath the wooden canopy, the structure itself is a long rectangular form with sections that extend over the walkway below. Floor-to-ceiling windows wrap around much of the building’s main level, taking light and scenery into the building from afar.

The concrete and wooden materials of the Perez recalls native adobe design from centuries past. While these influences are not native to Florida, they are common to Latin American history and its lifeline in Miami. Despite the hard lines and right angles of the museum, these materials take on a natural, human emotion that presents a rich contrast. 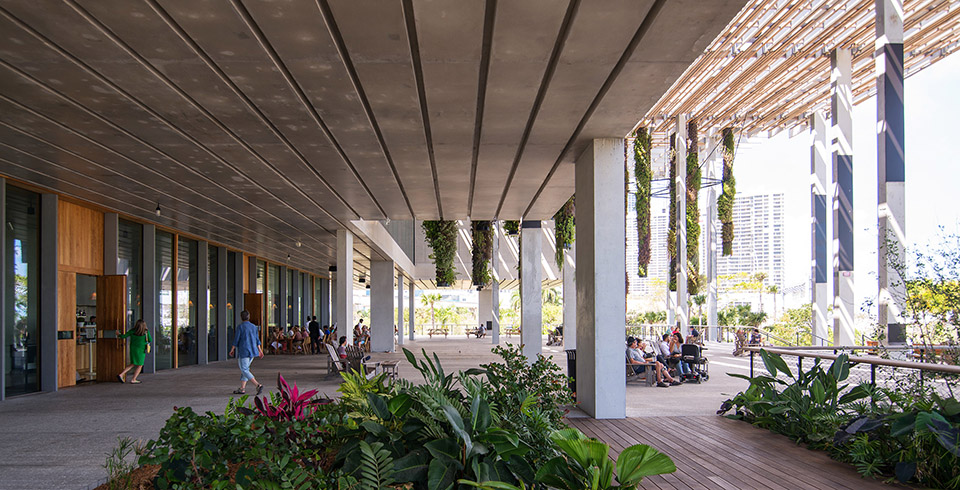 The front terrace of the Perez Art Museum faces out toward Biscayne Bay and Miami Beach in the distance. It is a larger, open patio section that features a restaurant, scattered adirondacks, swing chairs and auditorium-style seating at the end. Half of this terrace stands beneath a grooved concrete ceiling, the other half extends under the wooden canopy and vertical gardens. It is the central outdoor space of the facility, where guests spend their time before and after visiting the galleries inside. 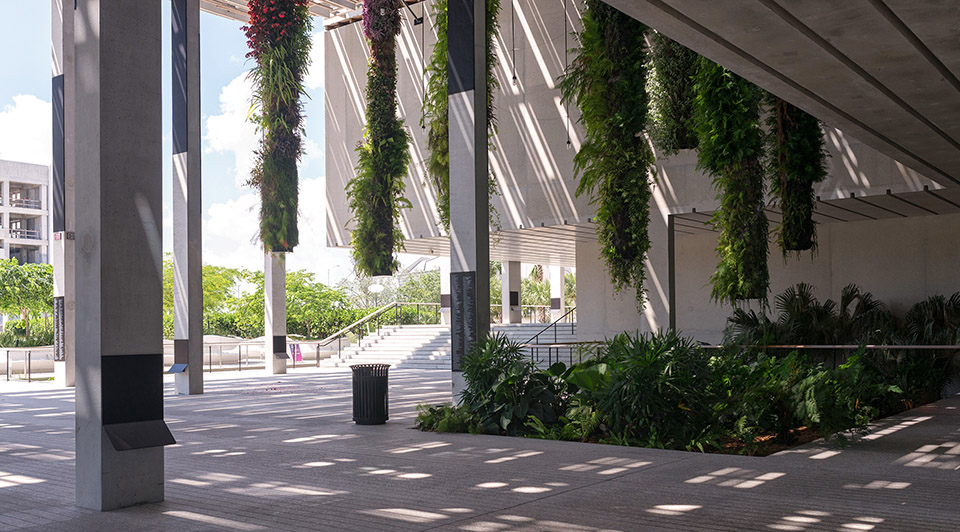 As guests make their way around the museum, the shadows and highlights shift along the walls and greenery. The light changes, and the visual appearance of the museum does with it. This contrast between light and dark is a case study in light painting for architects. It’s long been a photographic endeavor, but Herzog and de Meuron made it a primary point of visual character for their building. 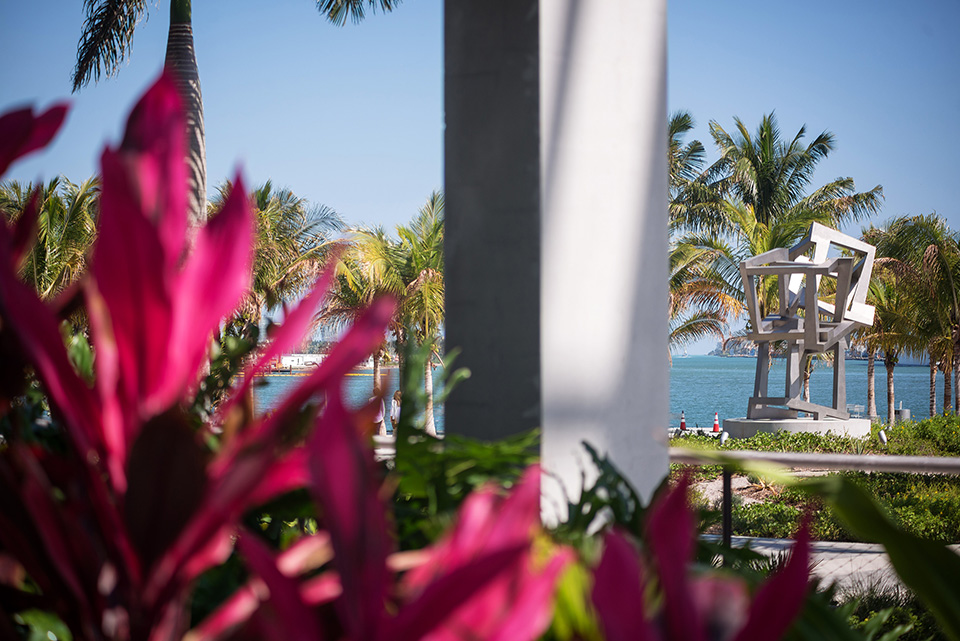 The Perez Art Museum of Miami is part of a larger group of museums that comprise Museum Park, an area along the bay in Miami’s Midtown neighborhood. New museums are in planning and development near the Perez, with the first being a touchstone for Miami’s creative development. As it stands now, walkways and gardens and sculptures extend the grounds of the Perez toward the downtown business district. 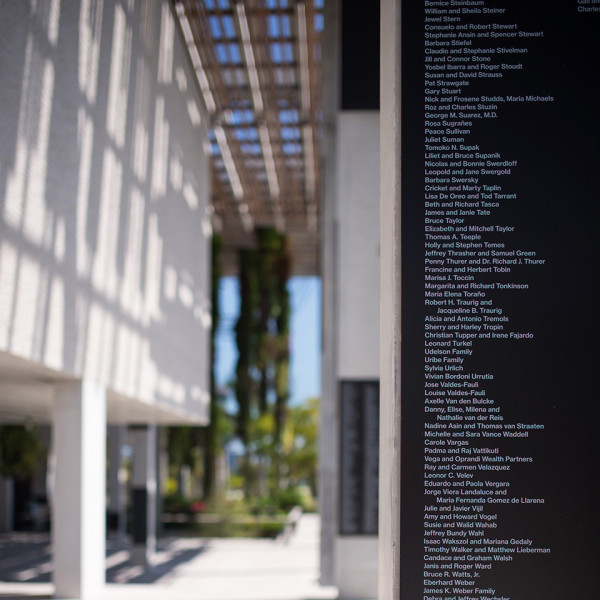 The Perez Art Museum of Miami is part of a new effort to redefine the city’s bayfront landscape as a culture destination in its own right. This work by Herzog and de Meuron will soon welcome new museums on adjacent property, plus a residential highrise designed by starchitect Zaha Hadid. Beyond Wynwood and the historic architecture of South Beach, Museum Park is becoming a location that fans of architecture must experience on visits to Miami. It’s a fresh, new canvas for the city, and they’ve invited only the most visionary architects to define its figure.

The Perez Art Museum Miami is open Tuesday to Sunday from 10-6 with extended hours on Thursday. Visitors to Miami can take a taxi to Museum Park, or ride public transportation including the Miami Metromover. Adult admission is $16. 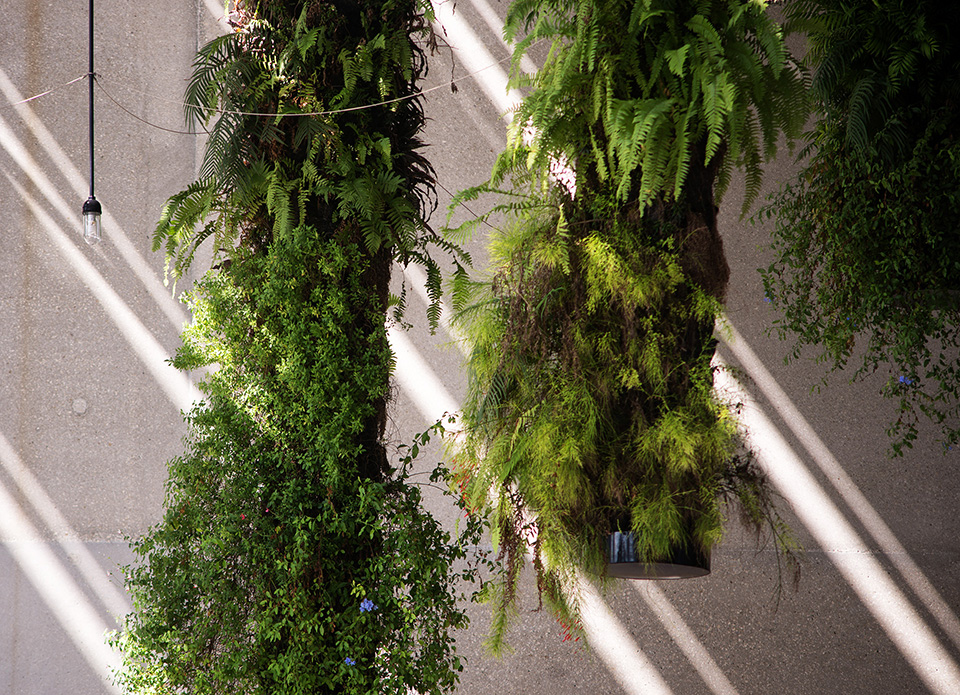 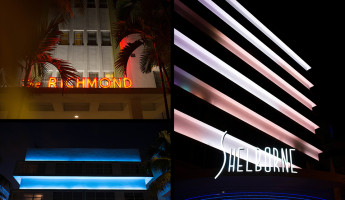 Art, Architecture and Cuisine: Exploring Miami With a Camera and a car2go 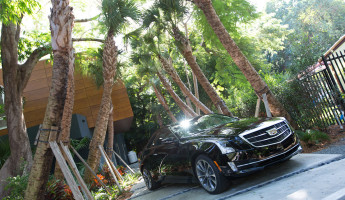