The Ruins of Detroit by Philip Jarmain 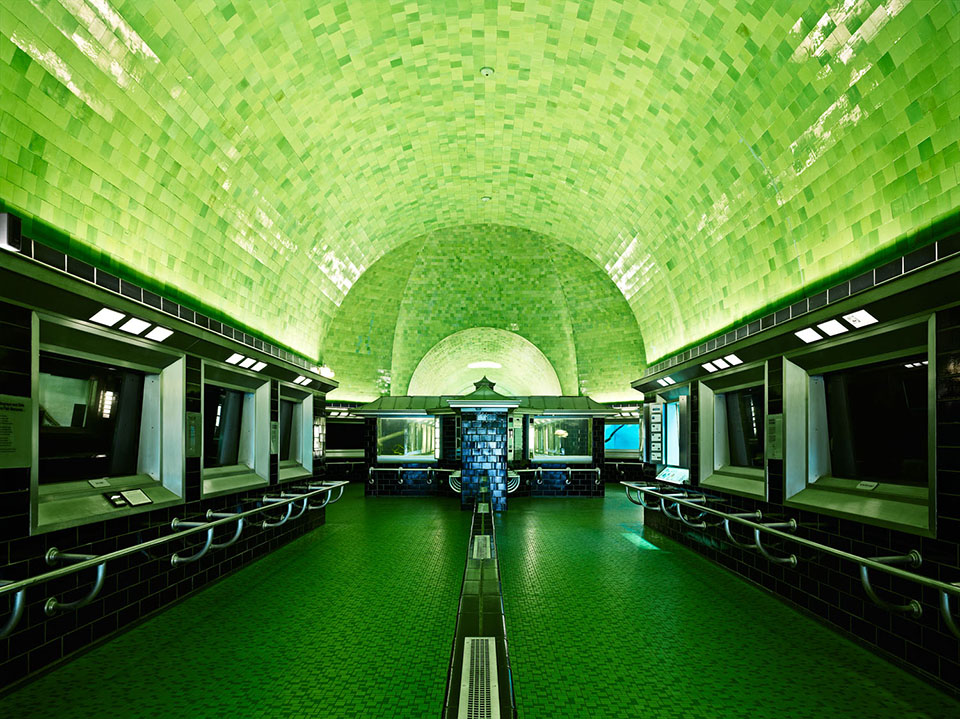 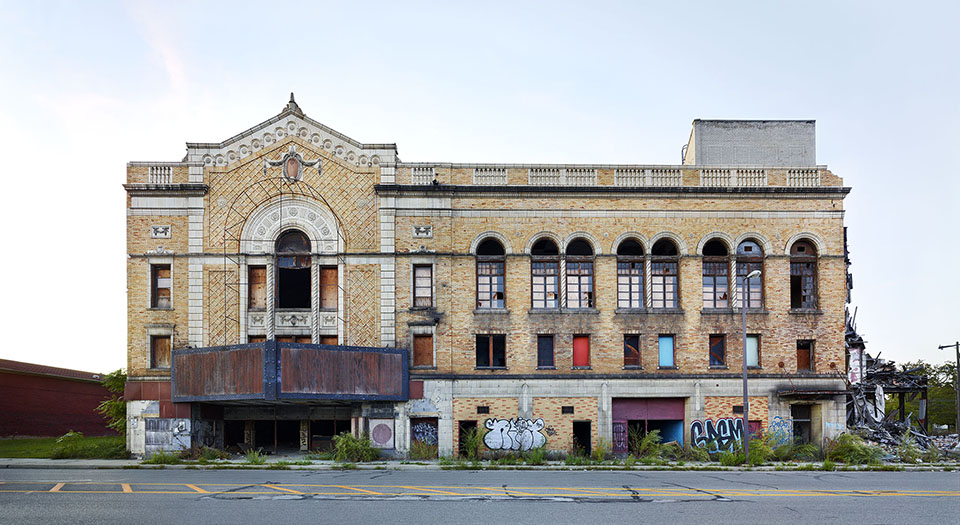 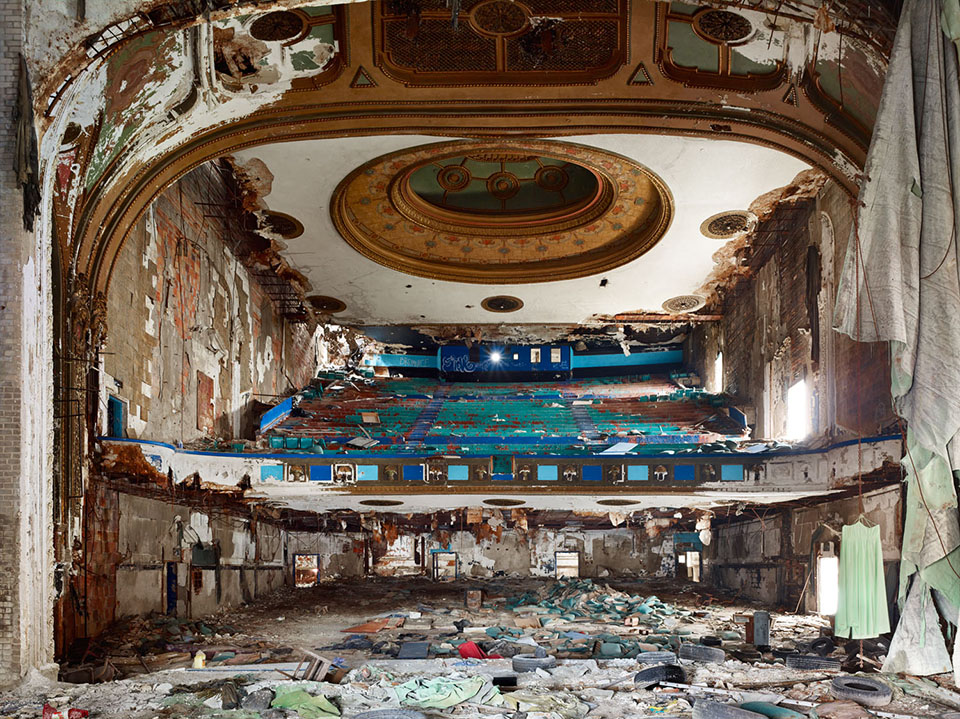 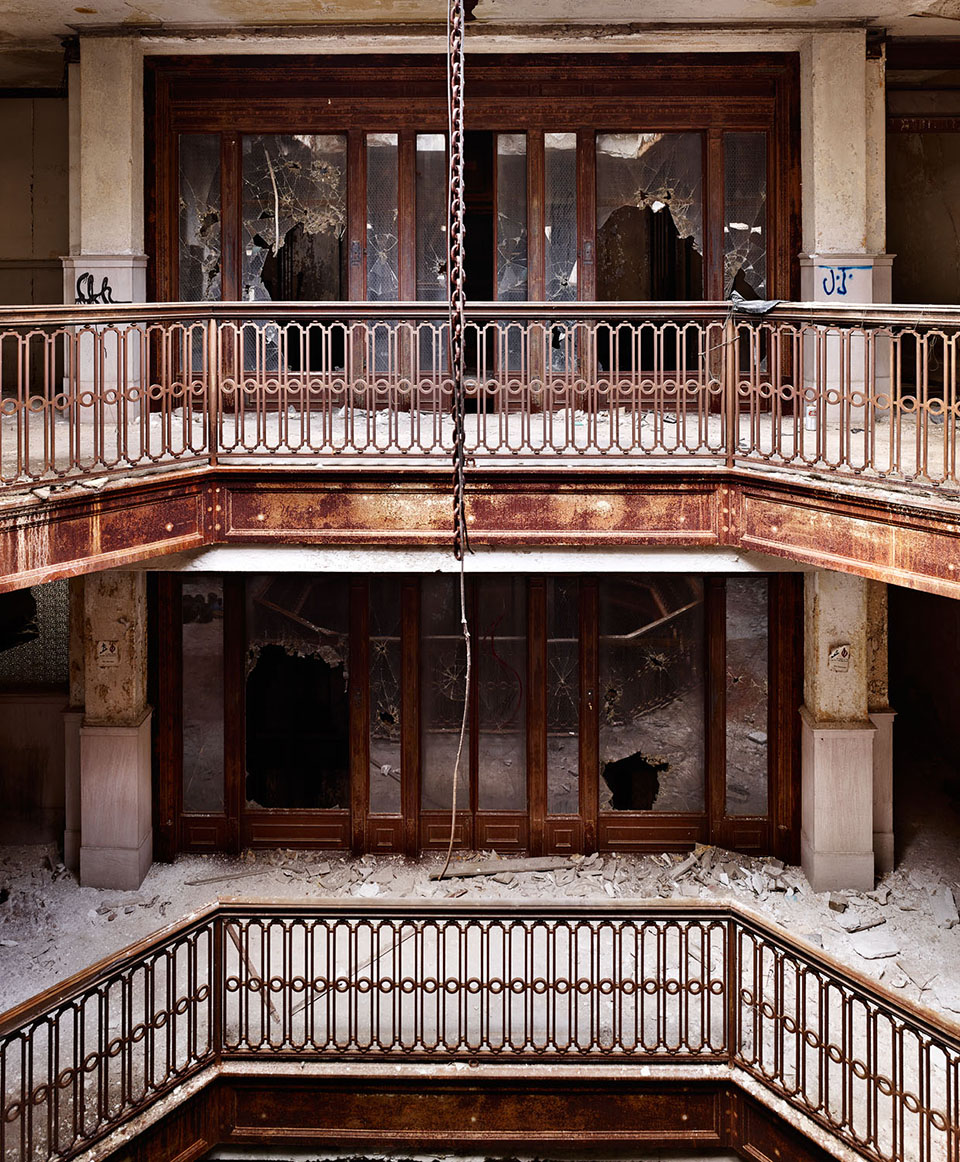 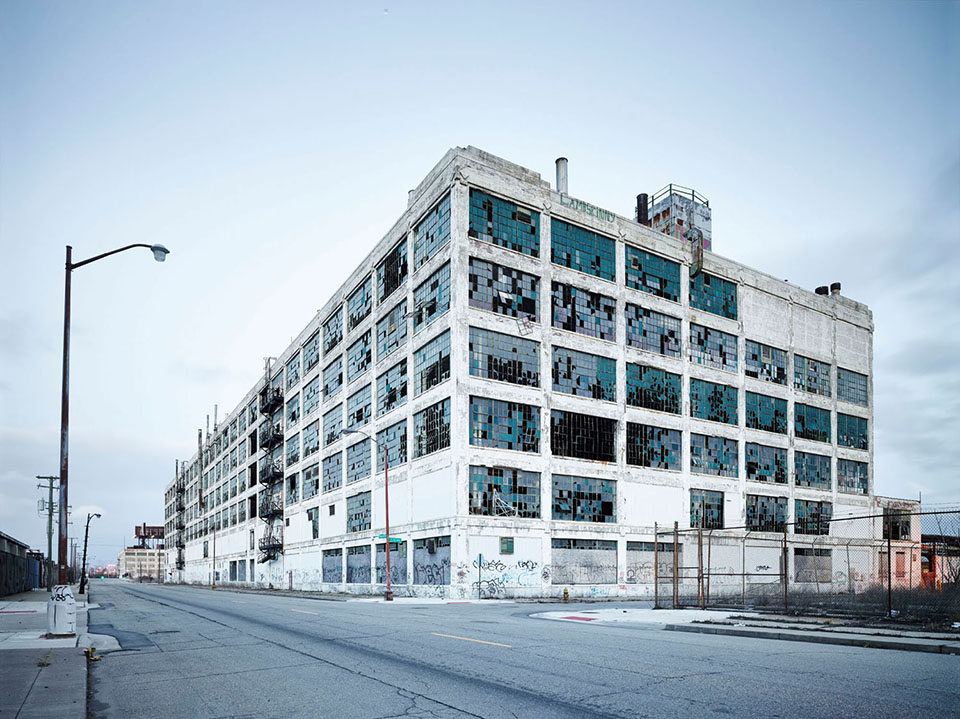 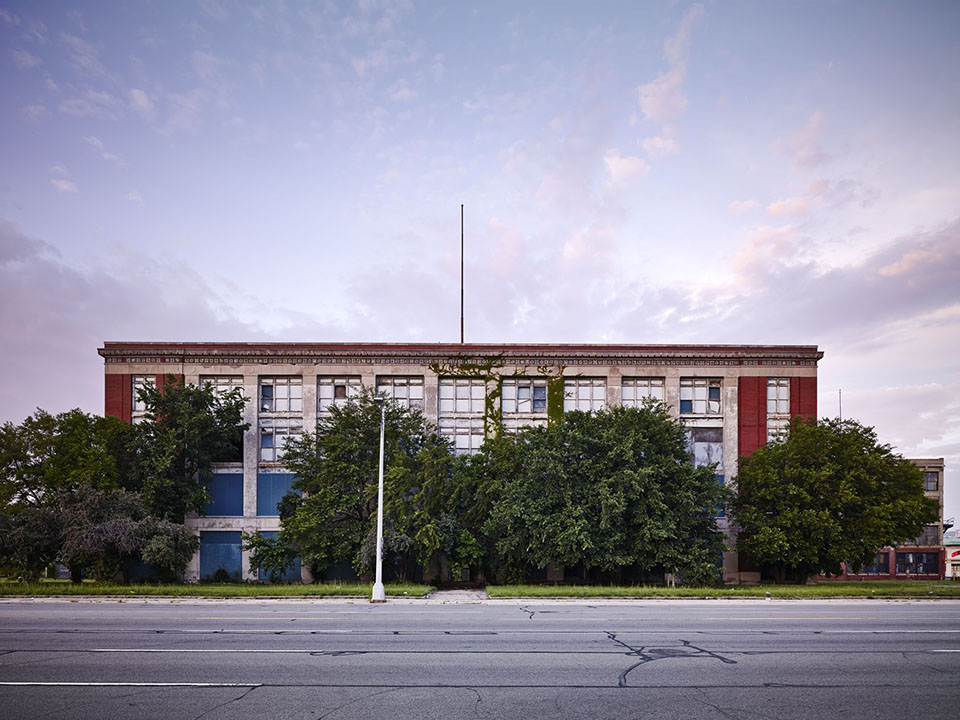 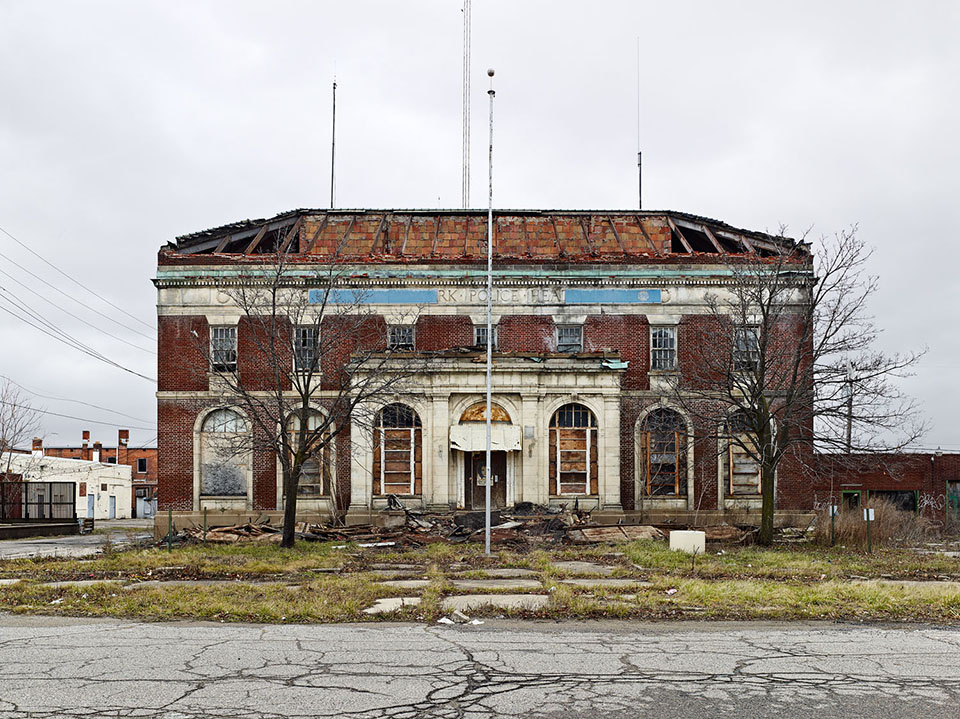 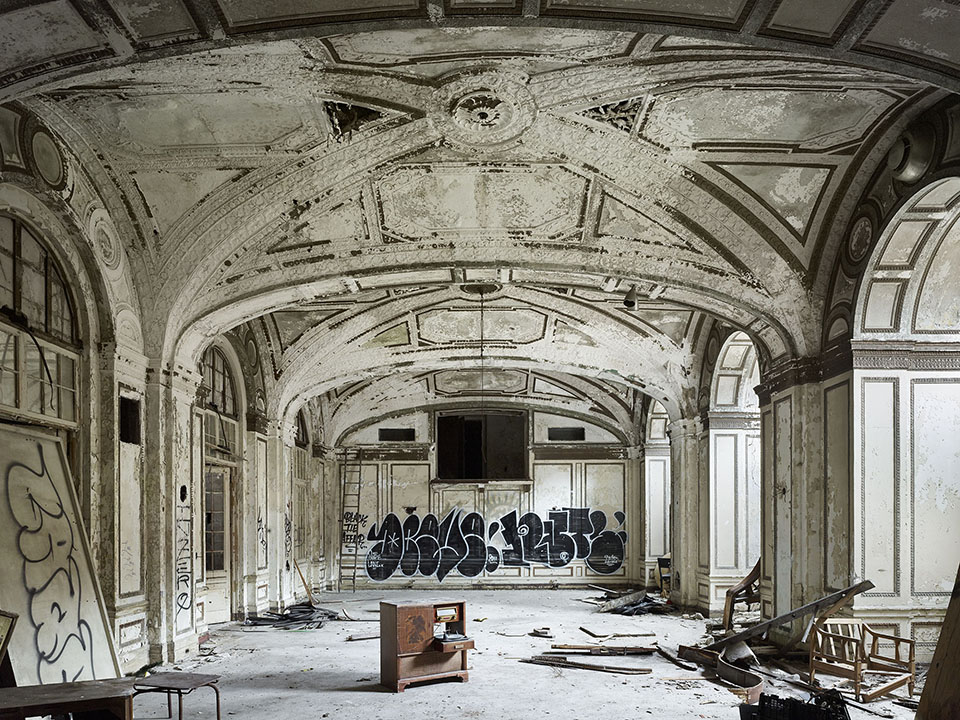 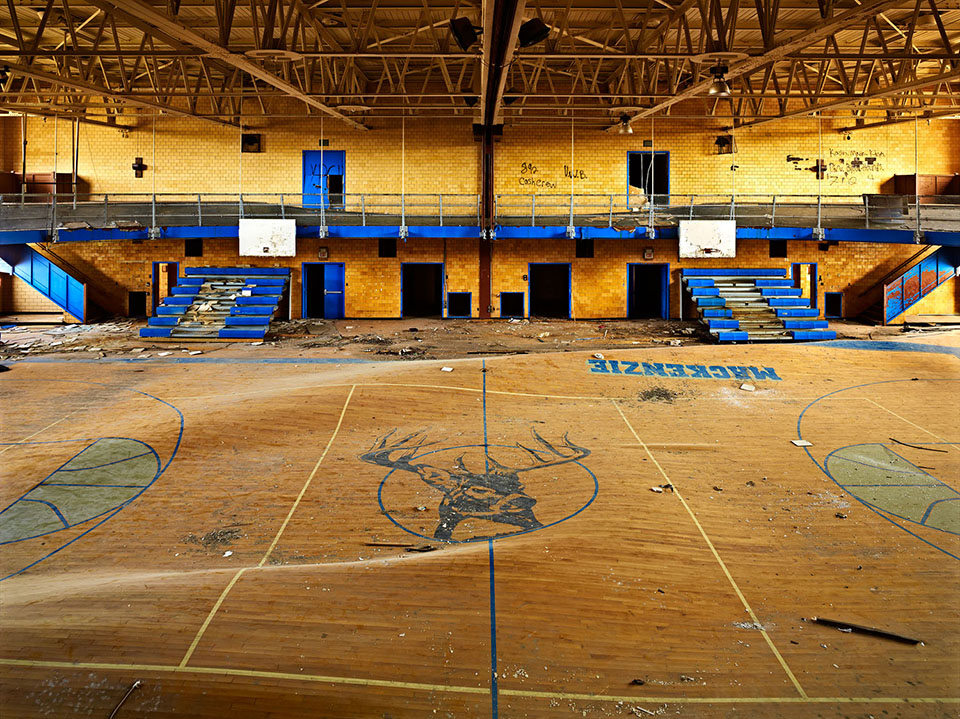 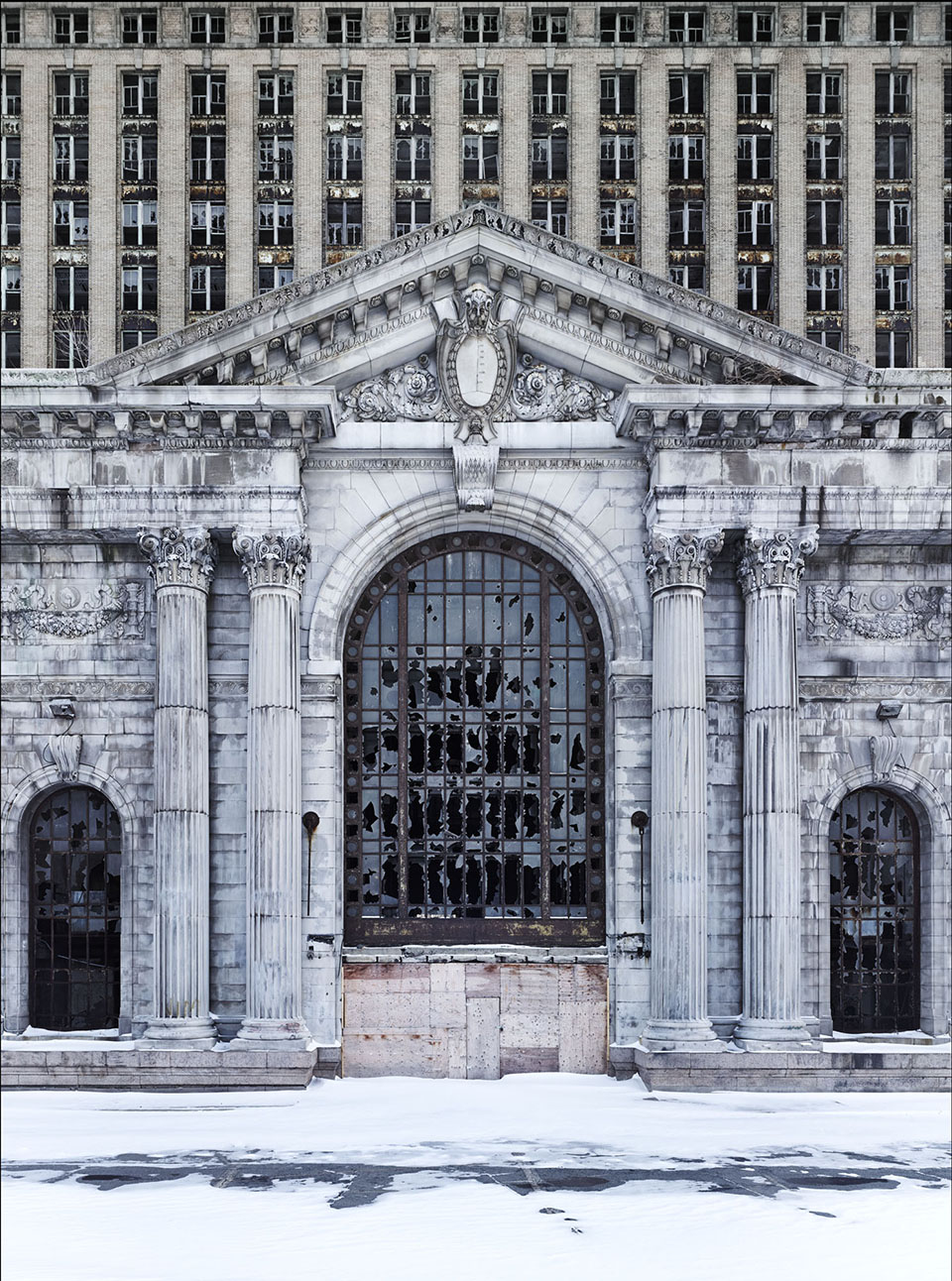 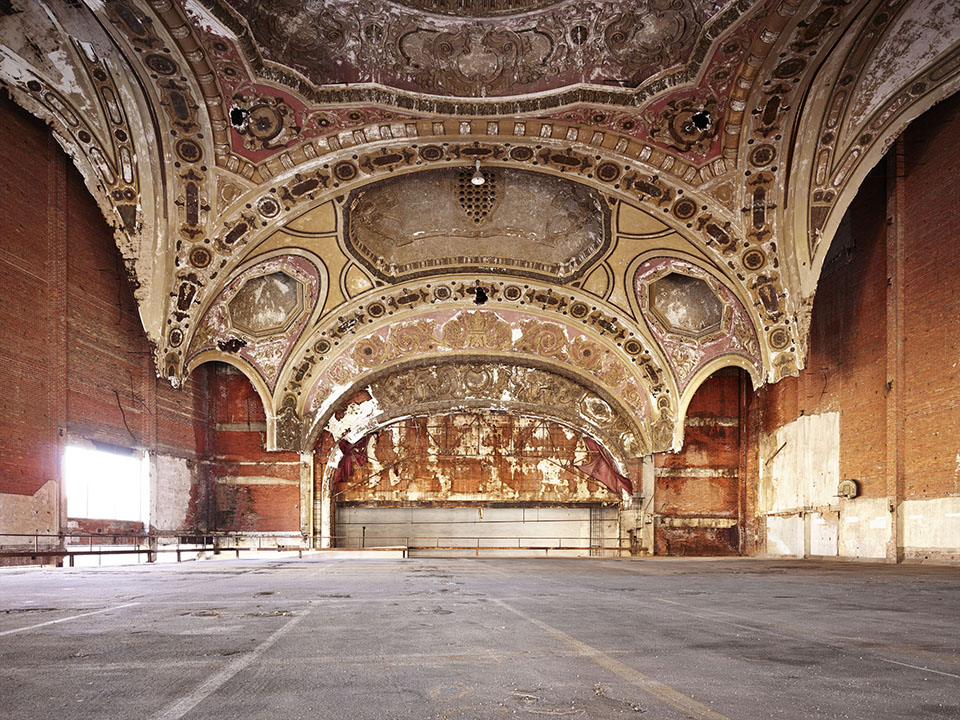 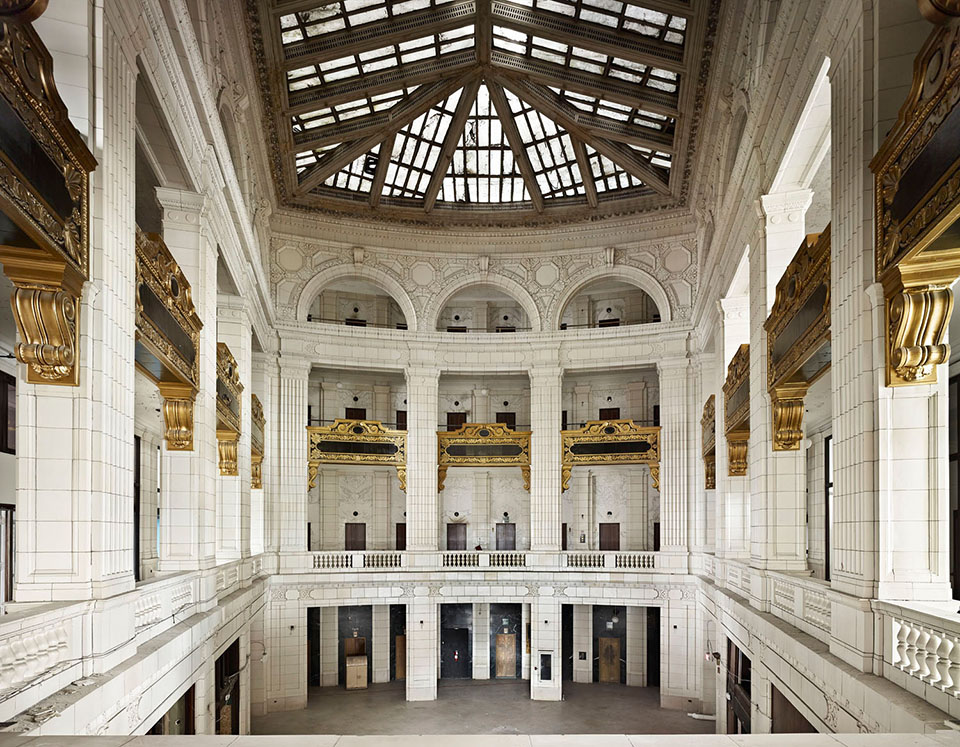 Urban decay has a strange allure to the human spirit.  Nowhere in the United States is this decay more pronounced than in Detroit, Michigan, once the fourth largest American city.  Now in the throes of bankruptcy, this lost capitol of the industrial revolution is undergoing a metamorphosis.  Despite these changes, its history still stands in the shape of fallen sky scrapers and empty industrial plants.  Photographer Philip Jarmain explored the beauty of this urban decay in his series American Beauty, now showing at the Meridian Gallery in San Francisco.  We asked Jarmain to share his story and the inspiration that brought him to these abandoned industrial monuments.

TheCoolist: What attracted you to the decaying architecture of Detroit?

Philip Jarmain:  “In the 90’s I briefly attended University of Windsor for Film and then moved West to Vancouver for a career in Film and then Photography.  During my time in Windsor we did a number of trips over to the DIA(Detroit Institute of Arts) for my Art History course.  It made a serious impact on me – one of the most impressive collections I had seen and in an astonishing structure yet surrounded by vacant lots and abandoned buildings.  The contrast of opulence and decay was unforgettable.”

“In 2009 I began hearing about Detroit again in the news and how hard it was hit in the recession.  I flew there on a whim not knowing much about the city but hoped to begin shooting the architecture there.  I had enquired by e-mail to some Detroit locals who were frantically documenting the architecture and had an immediate and welcoming response.  My first day there, Randy – a local journalist and photographer, picked me up at the Hotel and spent the entire day showing me around the city.  That night I was put in touch with the famous Sean Doerr who was only 20 at the time and one of the leading experts on Detroit’s pre-depression architecture.  I have done 9 trips to Detroit touring around every neighbourhood of Detroit with Sean and some other friends.  Local knowledge is paramount.” 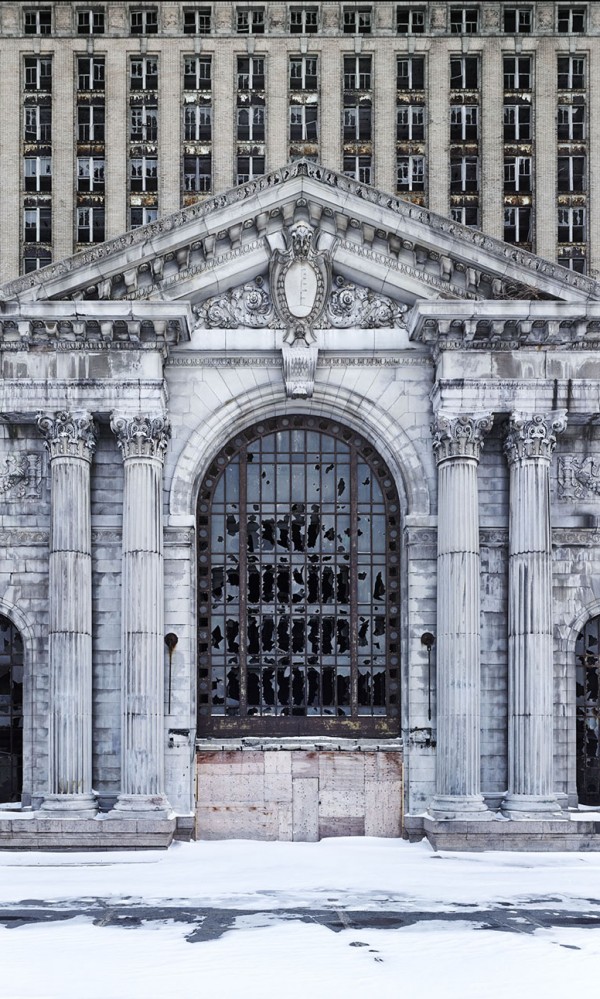 TC: It is rare for architectural photography to have a journalistic element, but these images are naturally heavy with symbolism and story.  Looking back at this project, what is your feeling about the story these images tell?

PJ:  “It is my hope that these images communicate that Detroit was undoubtedly a significant place for ingenuity and craftsmanship in the early 1900’s.  It’s my belief that the decay and destruction of these structures is a sign of our loss of appreciation for craftsmanship and ingenuity.  In the last 40 years – my lifetime – I have heard of job loss, union conflict, government corruption and racism in Detroit.  I absolutely love this city and believe it does hold promise however it needs to look to its roots where individuals like Thomas Edison and Henry Ford struggled and persisted with incredible tenacity to create inventions that they believed would improve quality of life for the common man.  These weren’t business men they were creative minds.”

“How can Detroit foster this creativity that was its legacy and promote craftsmanship and ingenuity once again?  This is why Bob Orr having Christies appraise the DIA’s world class art collection for a fee of $200,000 is frighteningly short-sighted.  The kids within Detroit need to spend lots of time at this museum and understand that industry is started with creativity.  I went to see Diego Rivera’s Mural again at the DIA last month and ironically it tells the whole story of industry within Detroit in such compelling detail.  To me this is the most dynamic piece of Art work I have ever seen and I have traveled a lot and been to many museums throughout the world.” 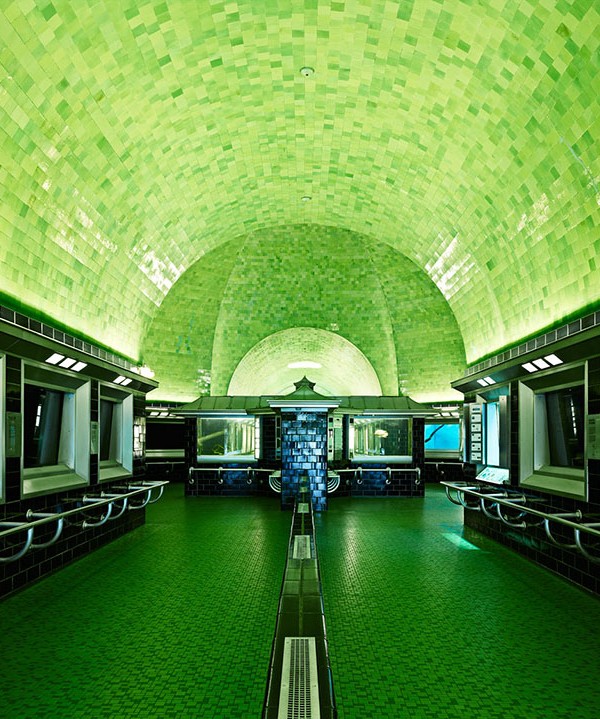 TC:  In contrast to these crumbling legends, did you see signs of hope during your travels in Detroit?

PJ:  “I am an optimist and believe that Detroit is in the beginning of a renaissance – for real this time.  It has undeniable opportunity.  Its 4 hours from Chicago, 4 hours from Toronto and buildings can be bought for the cost of the back taxes. Legitimate small businesses are being started by bright people in their 20’s and thirties.  The art and music scene is legendary, the architecture is extraordinary and its population is passionate.  It’s a city where small business can be accomplished with a good idea and sweat equity.”

“I love this city and hope to spend more time here and get more involved with its community – the people of Detroit lack the cultural apathy of my hometown Vancouver.  I believe this is America’s new frontier for both the Arts and small business the question will be if it can survive the bankruptcy process.”

Read More: Creative Detroit: 7 Success Stories for a City on the Rise 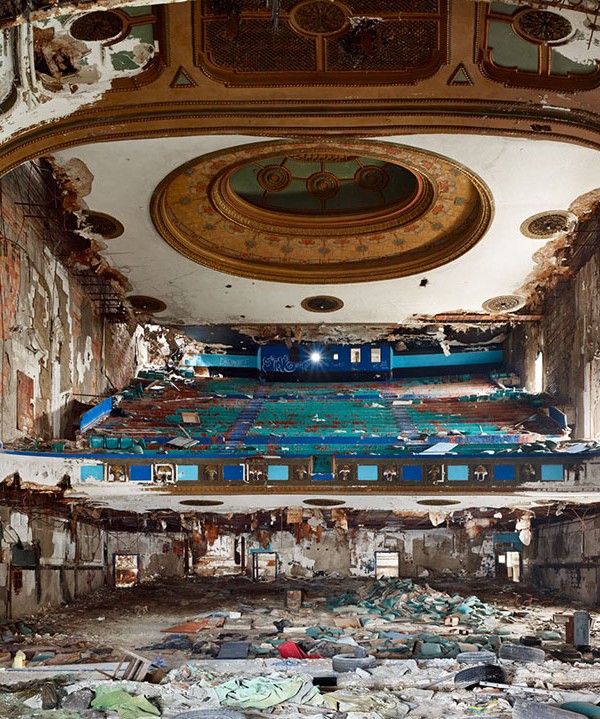 TC:  You also work as an advertising and fashion photographer in Canada.  How do art projects like American Beauty inspire your commercial work?

PJ:  “The tremendous thing about good advertising photography is that the quality of the imagery is based entirely on how well it tells a story.  And also to tell the story well it takes a collaboration with a brilliant team.  Advertising has been a great training ground for projects like American Beauty.  Advertising has also allowed me to practice my craft at a very demanding level.”

“I work with the best equipment available; a Cambo technical camera with Phase One Digital Backs and Schneider Lenses, my retoucher Stephen Kirby provides the attention to detail such as colour balance and contrast that I could not achieve on my own and most importantly the people I have collaborated with in the city of Detroit to gain access to shoot and research these structures. And finally the industry professionals such as Chris Rollett that I finally rely on to help me print and mount the imagery.  This team and this collaboration has ensured that at the very least this series is well crafted.  This craftsmanship in the imagery allows me to print these images huge 5’x7′ which helps tell the story.  The story is in the minute handcrafted details within these structures – the images have to be seen at this size.” 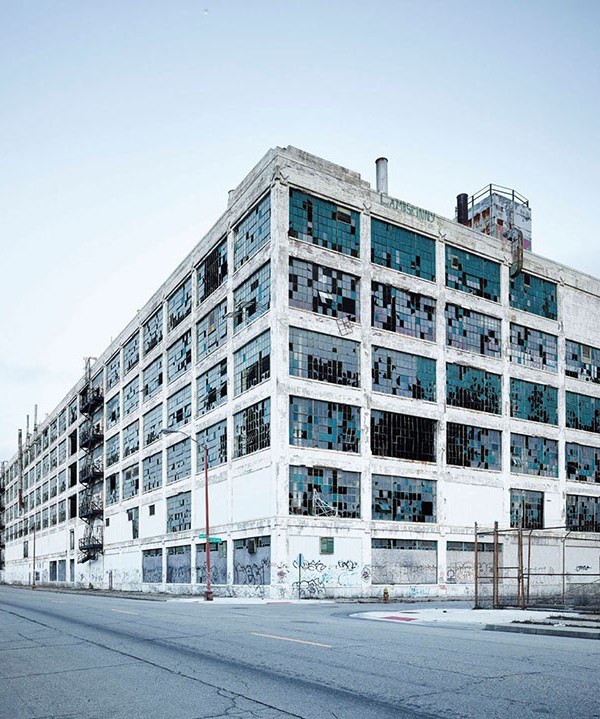 Philip Jarmain’s American Beauty series is on exhibit at The Meridian Gallery in San Francisco through October 20th.  The exhibit is curated by Sheeka Arbuthnot and is located at 535 Powell Street near Union Square in Downtown San Francisco.  Thanks for sharing your story and your perspective with us, Philip! 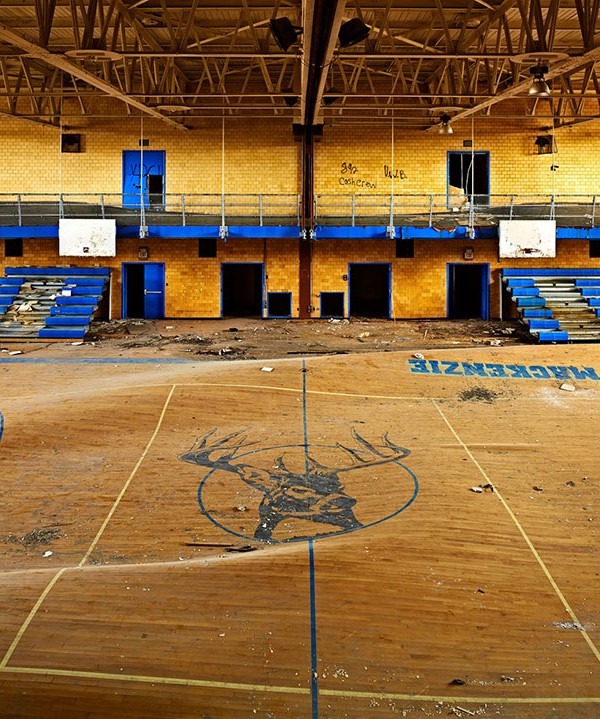