This home began to take shape many millennia ago. The Pound Ridge House by Kieran Timberlake is built to be an extension of the glacier-formed rock beneath it. It is a home “in the woods” but also “of the woods”, a residence built to celebrate the forest around it. In effect, it’s a project by two architectural forces — the glaciers of prehistory and the designers at Kieran Timberlake.

The Pound Ridge House is a new direction for an old discipline of northeastern architecture. 80 years ago, America’s most celebrated architect designed Fallingwater, a home built on and around a waterfall and river below. Like Frank Lloyd Wright, Kieran Timberlake and their client let the site guide and inform their design, making the Pound Ridge House an organic growth of natural influences.

“The owners were drawn to the almost magical sense of tranquility they felt upon their first visit to this heavily forested land, striped with loose-laid fieldstone farm walls from the nineteenth century. Their mandate to the architectural team was simple but not simplistic: they wanted to live in a “house in the woods, of the woods”—to feel the presence of the forest indoors“

To bring the forest into the home, Kieran Timberlake employed glass as a primary design element throughout the home. Tall, narrow windows are placed at regular intervals around the home, and the home’s catwalk features floor to ceiling glass on both sides. The light, shadow and color of the forest is woven into the home at every angle. The forest is its structure, its scenery, its soundtrack.

The walls of the home not only invite the forest in, they reflect its image back to its source. The fascia of the Pound Ridge House comprises four elements: tin zinc-coated copper, brushed stainless steel, polished stainless steel, and glass. The polished steel acts as a mirror, making the scenery of the forest central to the appearance of the home. It is a home “in” the forest, but the reflective nature of its material makes its design “of” the forest. Place the Pound Ridge House anywhere else, and it’s visual identity would be completely different.

The Pound Ridge House by Kieran Timberlake was just listed as a nominee for the World Architecture Festival Awards 2015. Out of 50 shortlisted projects, the Pound Ridge House is one of three American project to be nominated, and the only new American home on the list. It is a remarkable project, one that deserves appreciation far beyond the WAF awards. It recalls an old tradition in American architecture that is under-explored. It was done masterfully-well by Kieran Timberlake, not to mention the help they received from the forces of nature in sculpting this plot. 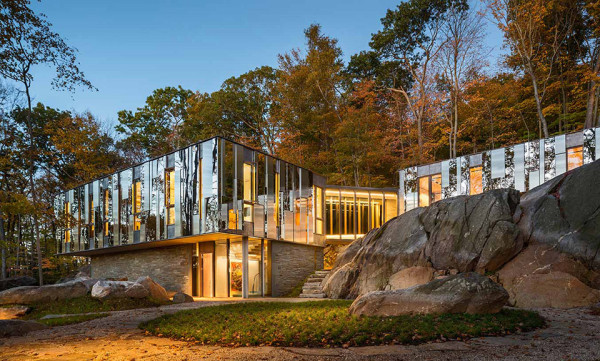 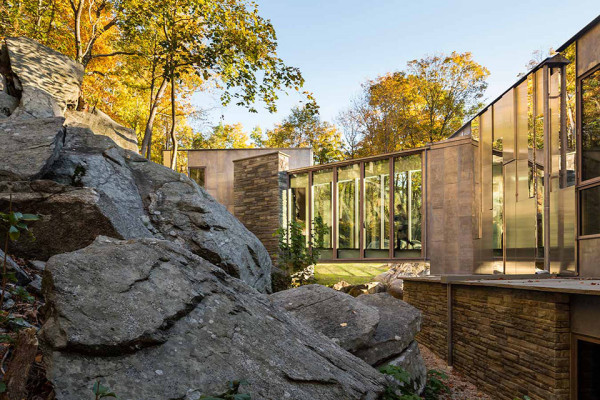 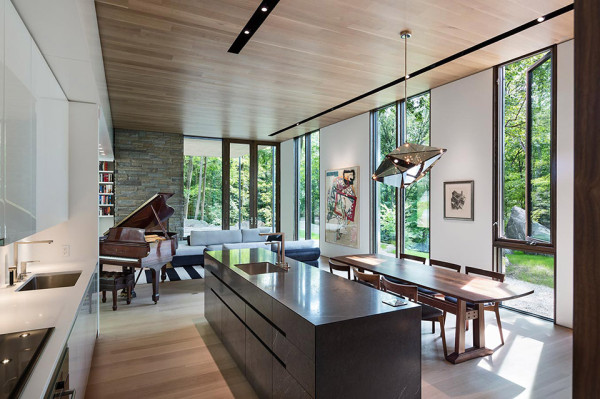 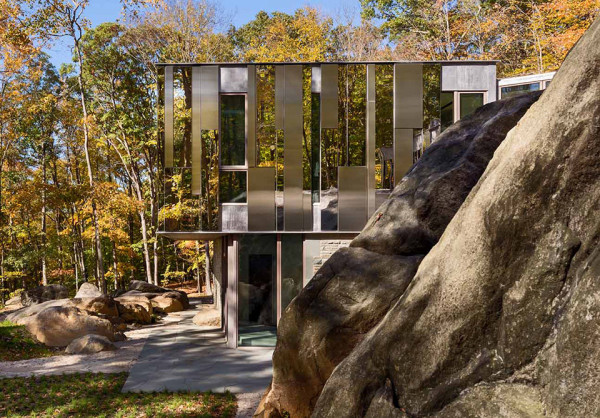 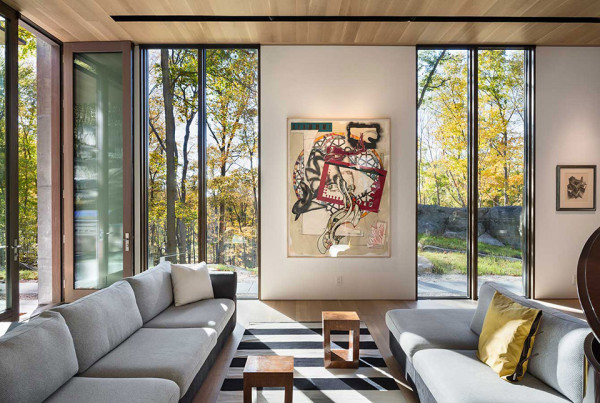 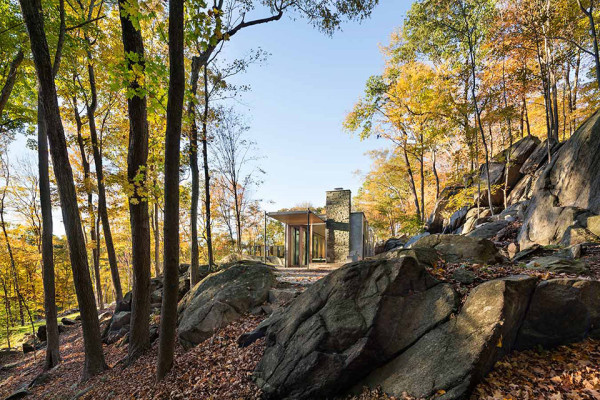