This Tiny House near Portland, Oregon tells a happy story of reclamation and reduction.  It is the work of Jessica Helgerson Interior Design, a Portland-based firm whose design chief and namesake calls this space home.  Helgerson and family live in just 540 square feet of space, occupying a building that was reclaimed into this beautiful country home.  With a focus on reduction and reuse, a structure with a story of its own is now the gem of this idyllic retreat on Sauvie Island.

Before it was rescued by Helgerson, the structure of Tiny House was used as temporary housing for dockworkers, then it became an agriculture processing station, then it became a rental house.  It was originally located upriver, but was floated downstream to its current location after flooding in the late 1940s.  It now stands on a 5 acre parcel where Helgerson and family live amongst the land.  On its plot, a 1200-square-foot greenhouse and a chicken range provide food for the family, a point of growing interest over the years.

The structure was in disrepair when it was first purchased, but it has been restored to its best state since its initial construction.  It’s worn ceiling now holds a green roof above, featuring an array of plants sourced from the local island environment.  Its interior features a wood-burning stove and a classic bathtub, both of which were reclaimed from local providers.  The wooden accents in the interior, namely the walls on the far end of the kitchen, were taken from barn ruins on the home’s plot.  Every inch of this home has a story in that sense, where reclamation yields new life for a growing family.

Despite its diminutive size, Tiny House fits plenty into 540 square feet.  A great room features a kitchen, dining room and living space with a library in the far wall.  A set of bunk beds occupy the kids room, with an optional full size bed for guests, and Jessica and her husband claim the loft bed above.  A long porch spans the entire length of the home, with a tree that climbs right through its far end.

In total, Tiny House is a dream home in design, execution and location.  It features a rich history and sustainable sensibility that very few homes can claim, and it does so with a tiny footprint.  Color us inspired. [photography: lincoln barbour] 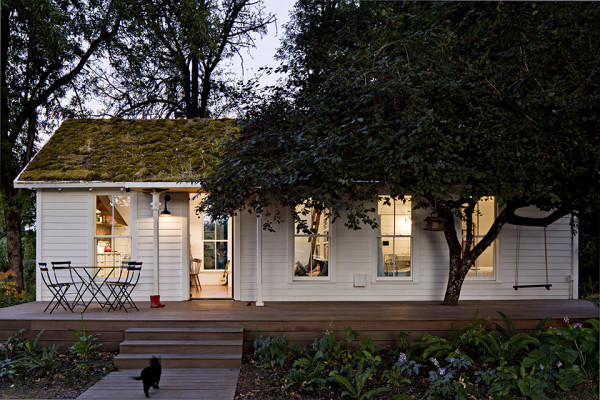 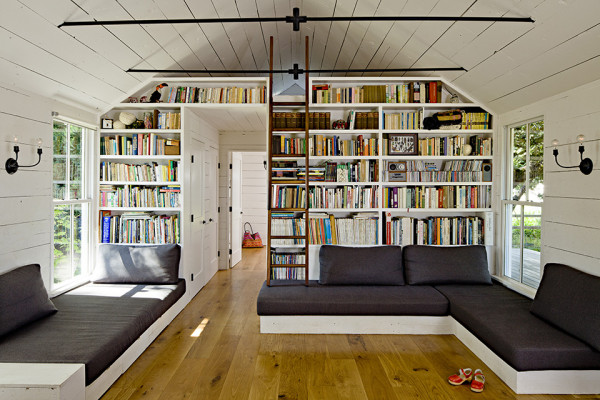 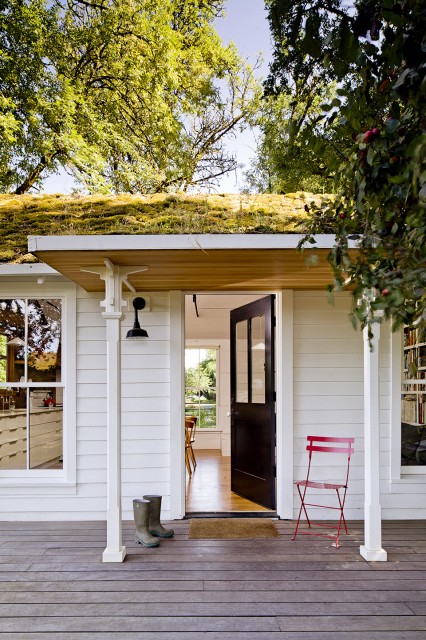 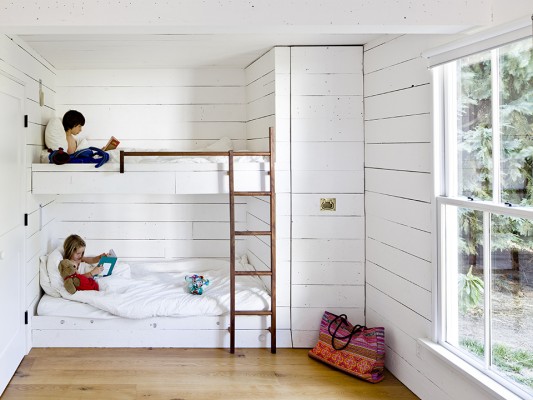 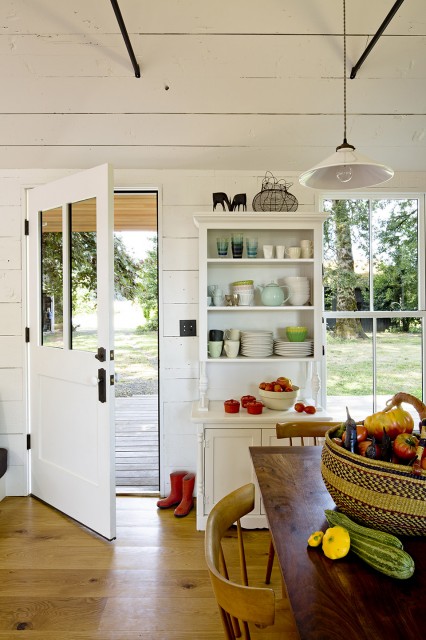 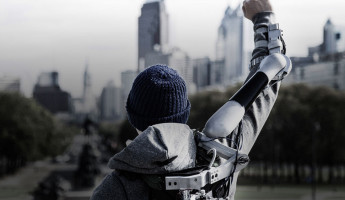