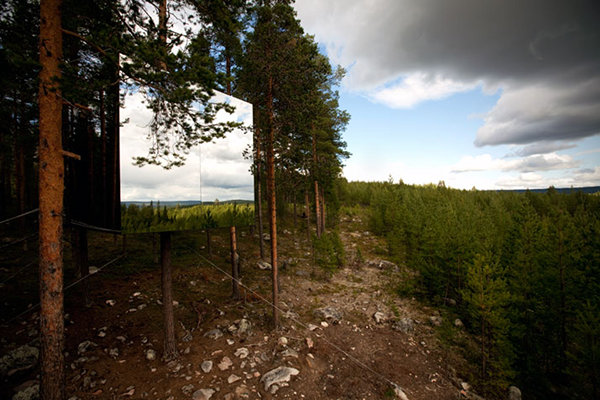 Years ago, when researching an article we published on amazing tree houses, we discovered some concept renderings for a mirror cube treehouse in Sweden.  Years later, the cube finally exists as part of Treehotel, a collection of wildly imaginative tree houses in Harads, Sweden.  The Mirror Cube, designed by Martin Videgard and Bolle Tham, is perched high in the trees overlooking a valley forest below.  Its exterior is entirely lined with mirrors, appearing like a floating reflective cube amidst the pine trees.  Its interior is surprisingly spacious, with a floor-level bed and a loft above.

Mirror Cube is only one of many astonishing works of architecture that is rentable at Treehotel.  There is a Tree UFO with an entry ladder that looks like it appeared in a comic book.  Inside, star patterns adorn the furnishings and portholes give way to the forest around it.  There’s another cube structure that is wrapped with reclaimed limbs that also line the forest floor.  There’s even a raised red cabin that recalls Grimm fairy tales of centuries past.

If this isn’t the world’s most playful hotel, we don’t know what is.  We adore Treehotel for its modern approach to a childhood imagination, in that each building reflects a dream that most of us experienced in our past.  A night in a hotel like this might be the closest return to that imagination that we could hope for.  [via yatzer, images by Peter Lundstrom] 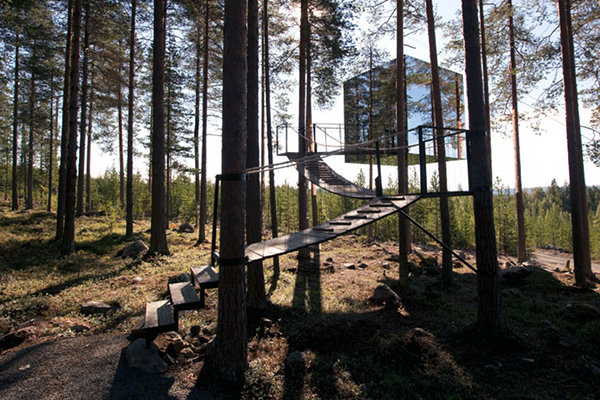 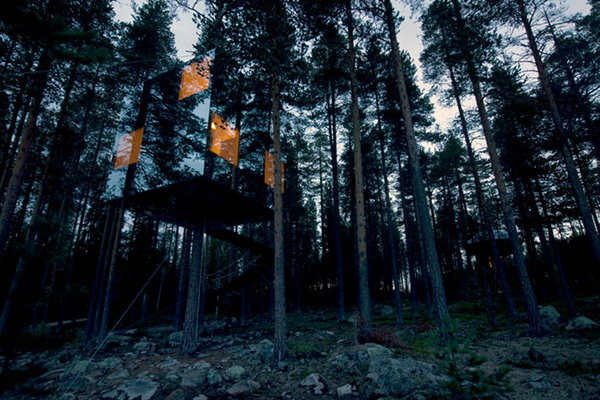 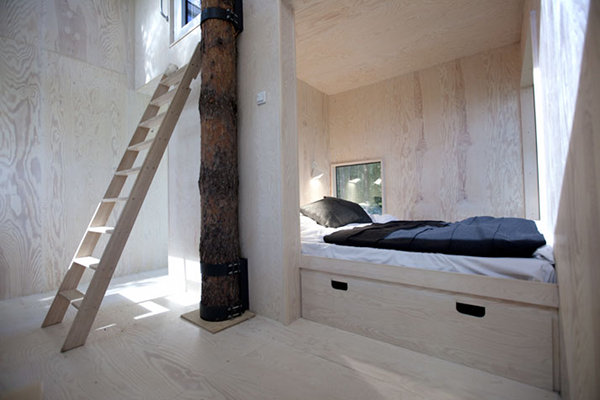 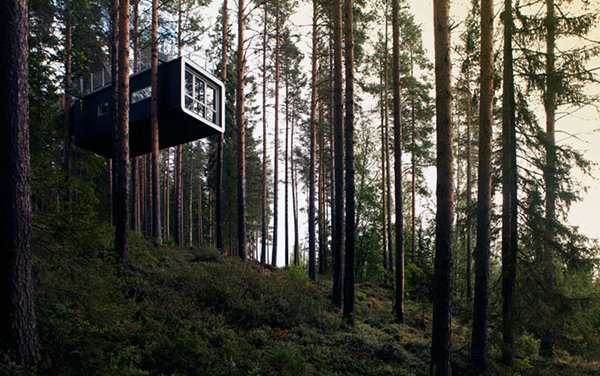 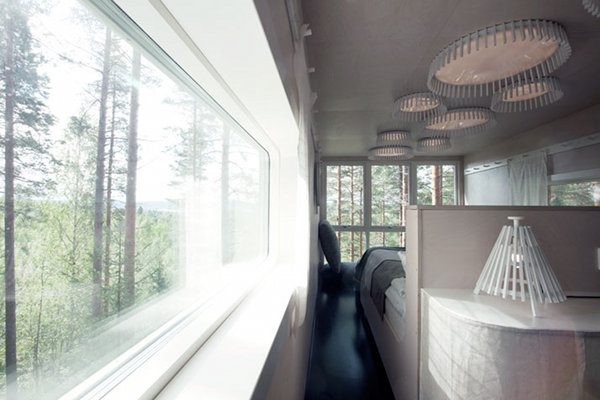 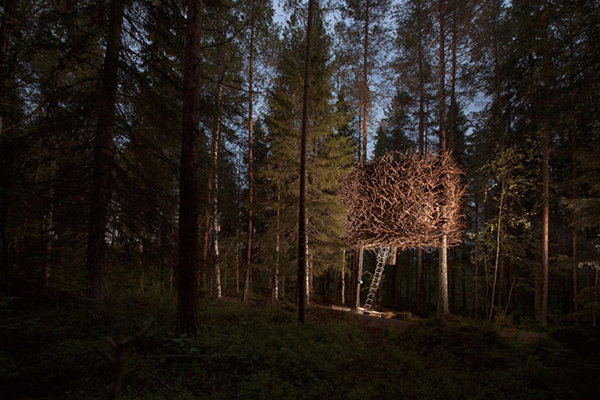 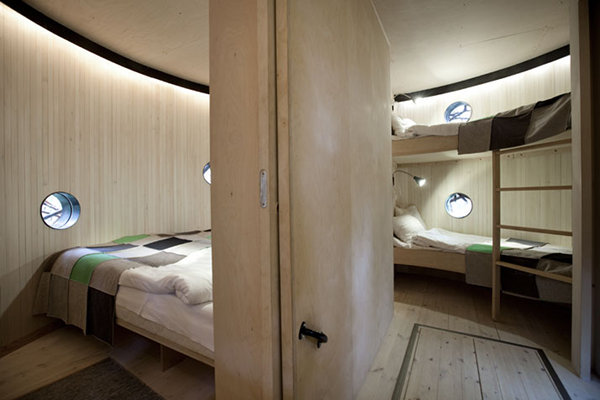 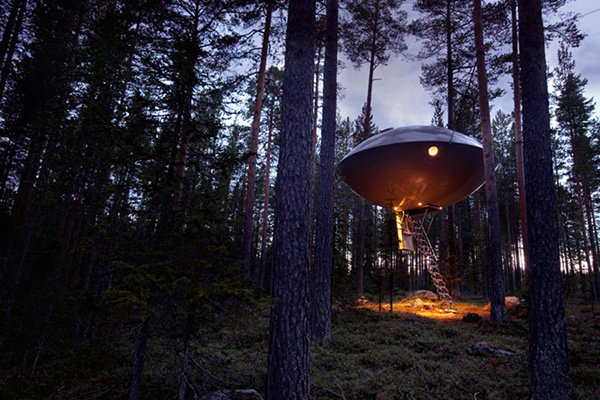 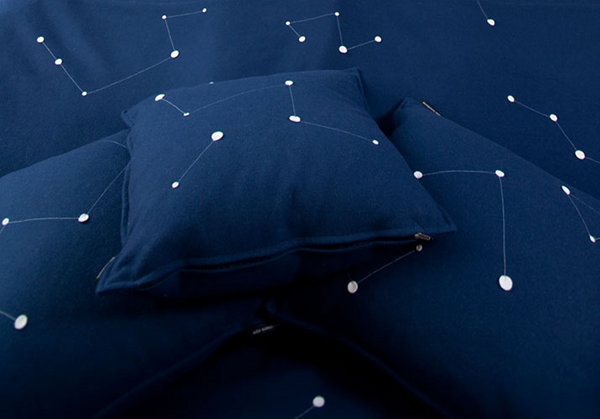 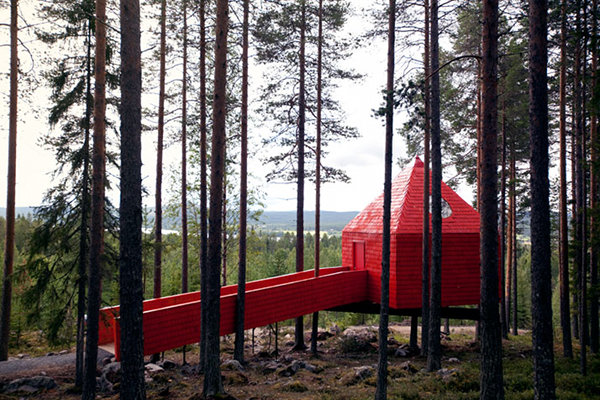 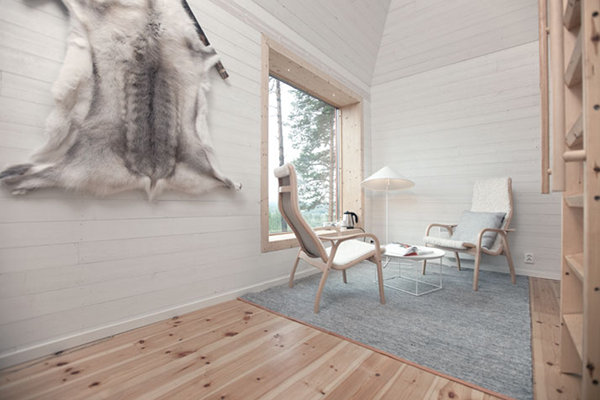 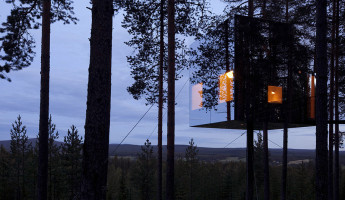