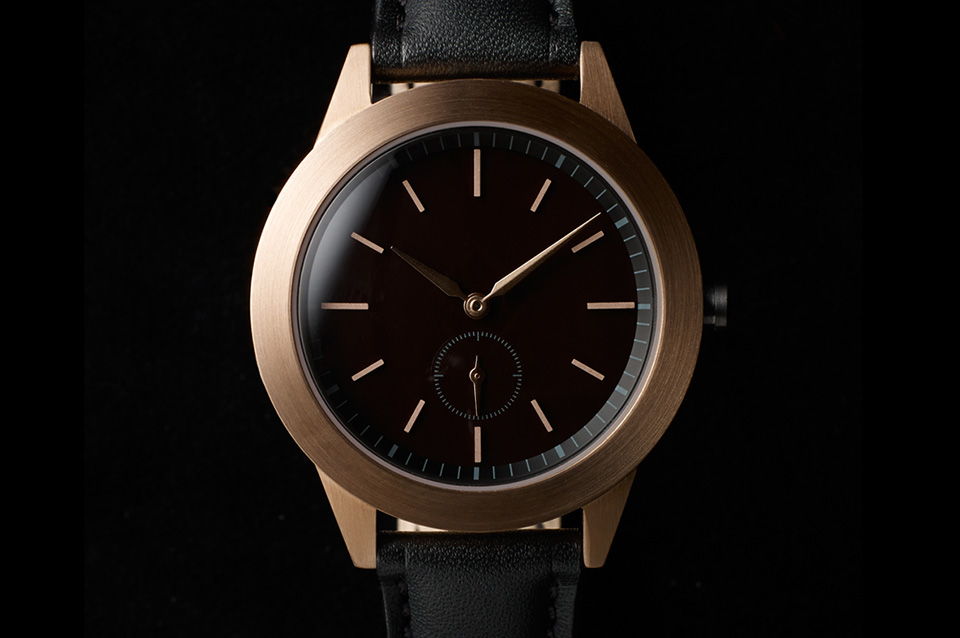 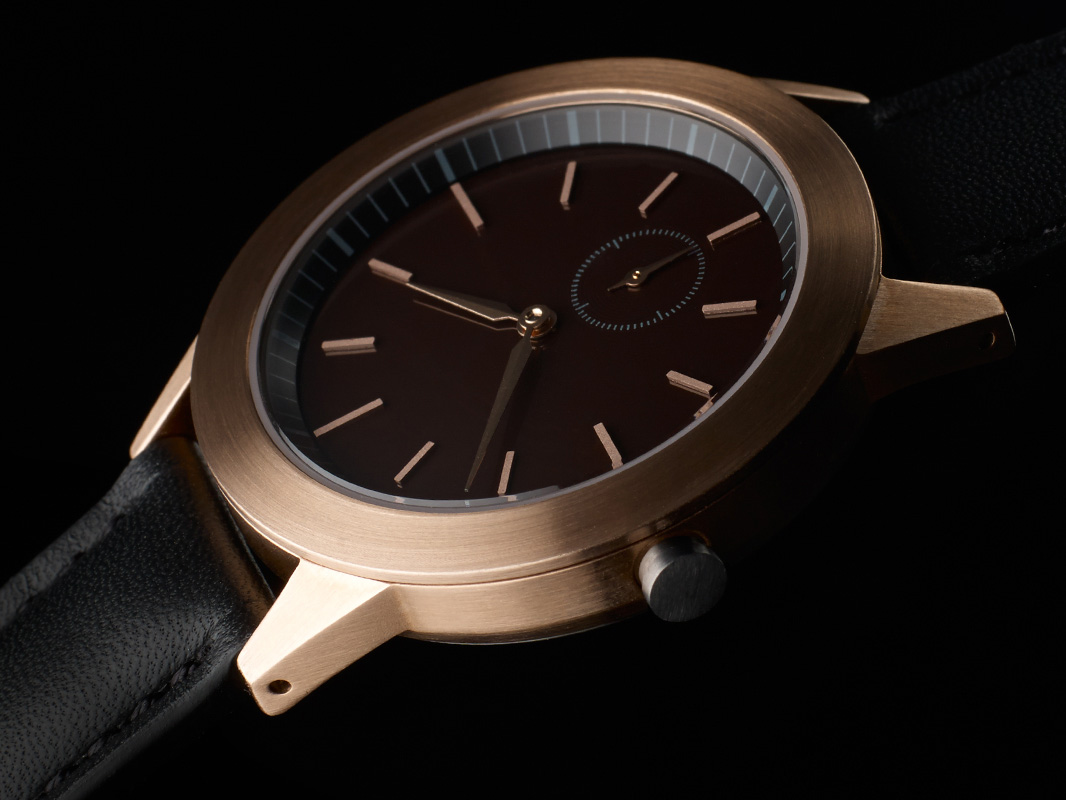 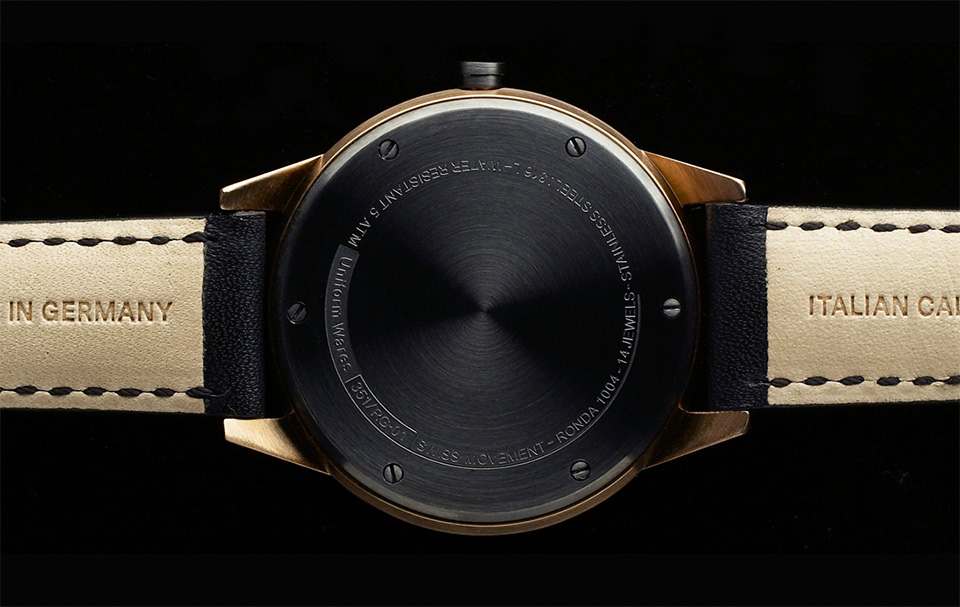 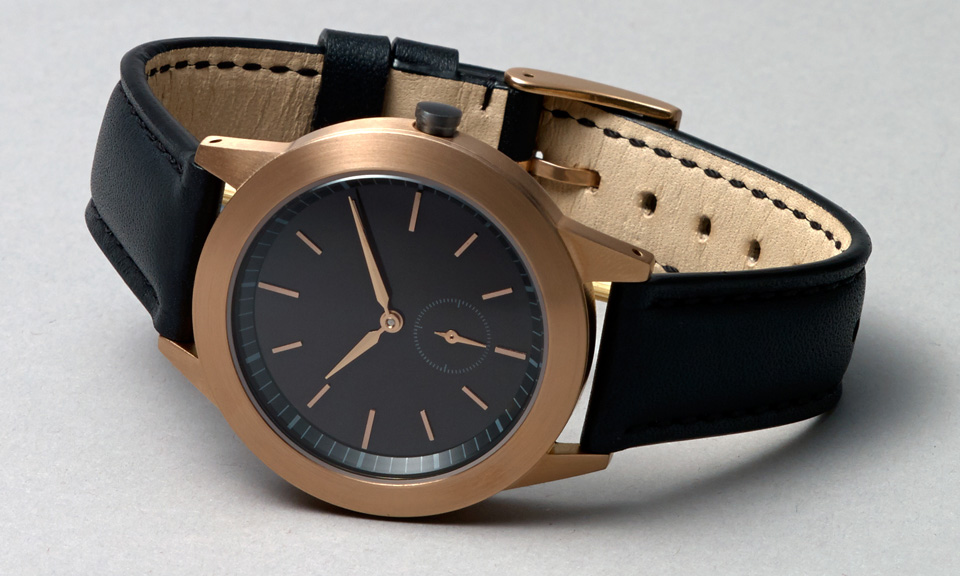 A simple statement piece like this speaks loudly on the wrist, showcasing bold and refined character in its wearer.  The new UniformWares 351 Series Watch features a PVD rose gold case that extends the curvature of its domed sapphire lens that rises above the display.  Twelve rose gold batons segment the ebony-tinted dial, while a pair of arms slowly rotate to show the hour and minute.  An inset second hand spins in a smaller dial slightly north of center.  Only the basic information is shown here, yielding a minimal design whose golden case is its primary visual element.  The black-on-gold appeal is its primary selling point, a noticeable yet minimal piece of modern wrist candy.

The UniformWares 351 Series Watch is available in a few other colors, but the rose gold version shown here is officially on our list.  It’s mated to a German-made Italian calf leather band that is built to last and look good doing it.  It’s a fine timepiece, available for around $880 direct from UniformWares.  [via theawesomer] 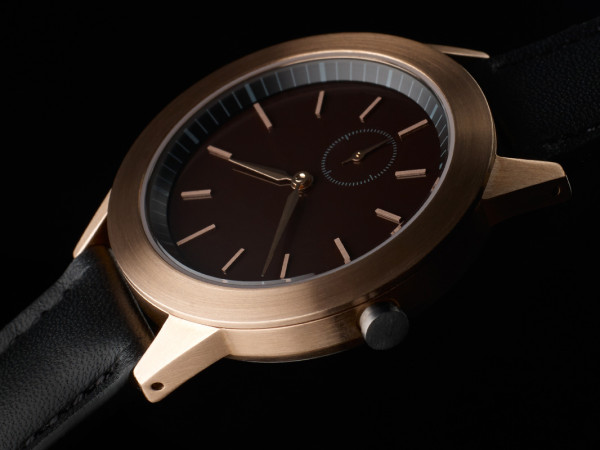 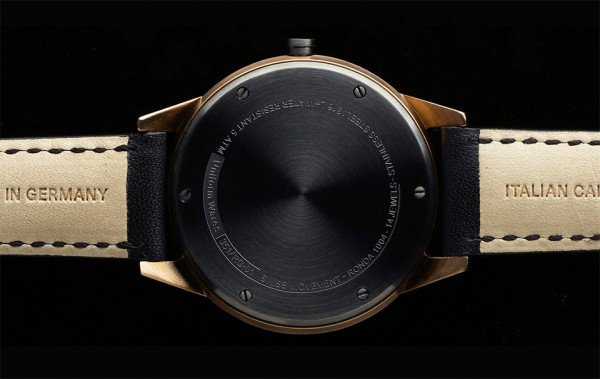