21 Valuable Video Games You May Have Stored Away 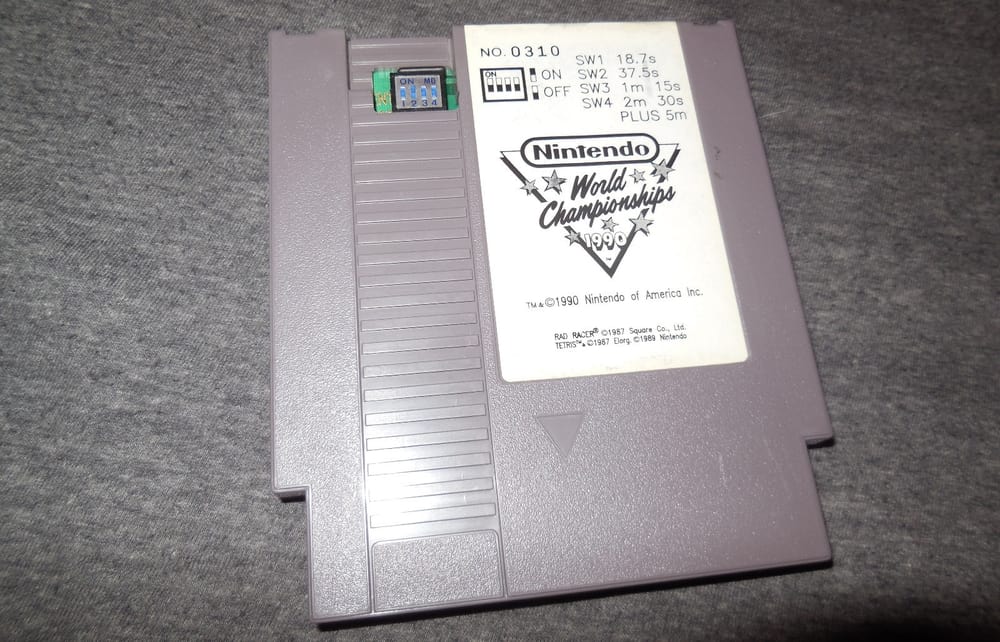 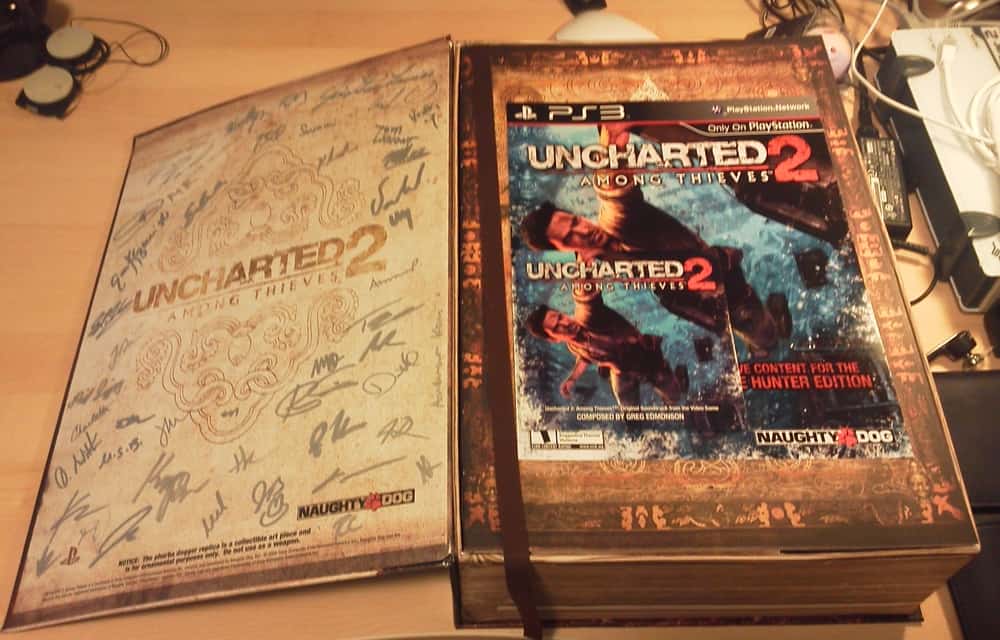 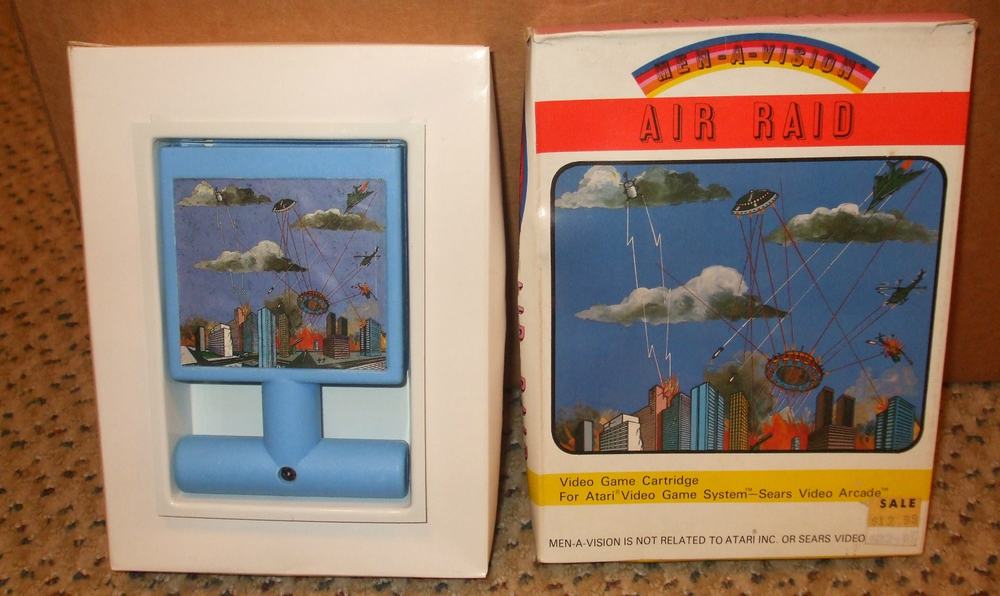 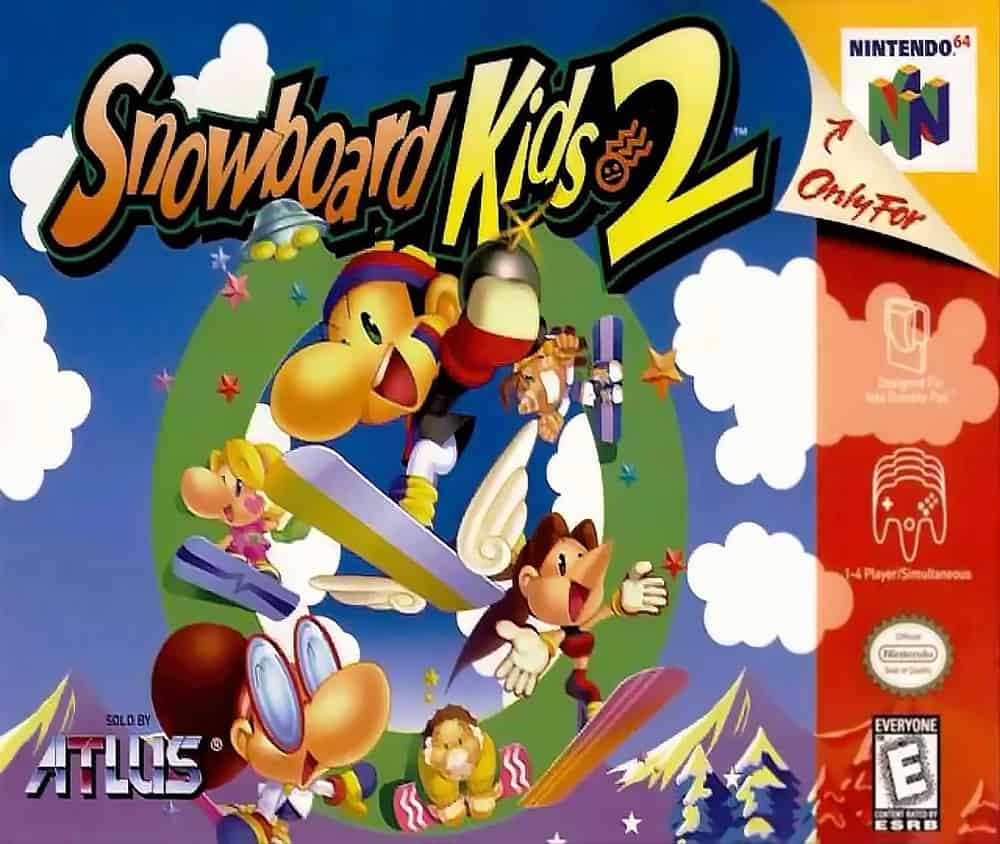 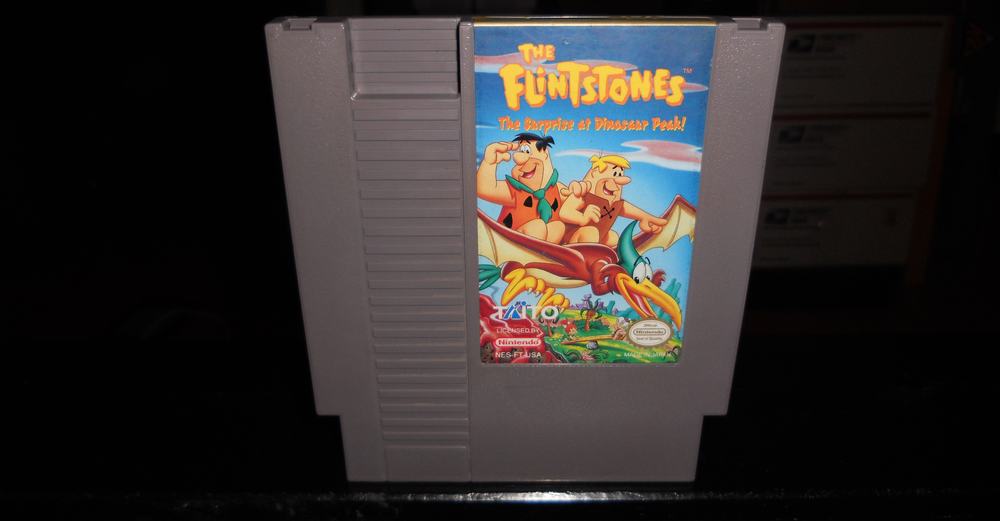 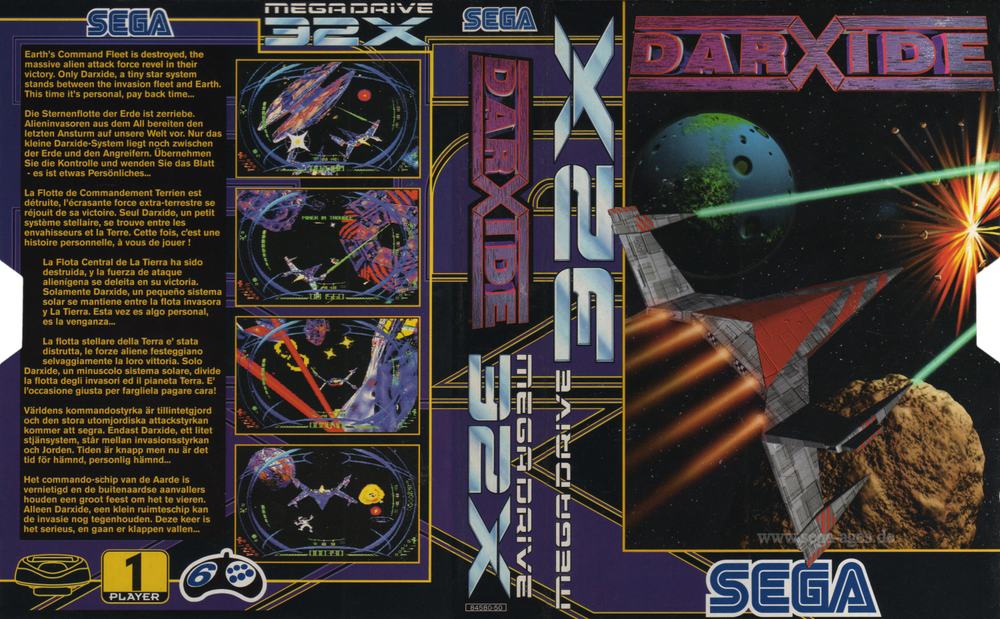 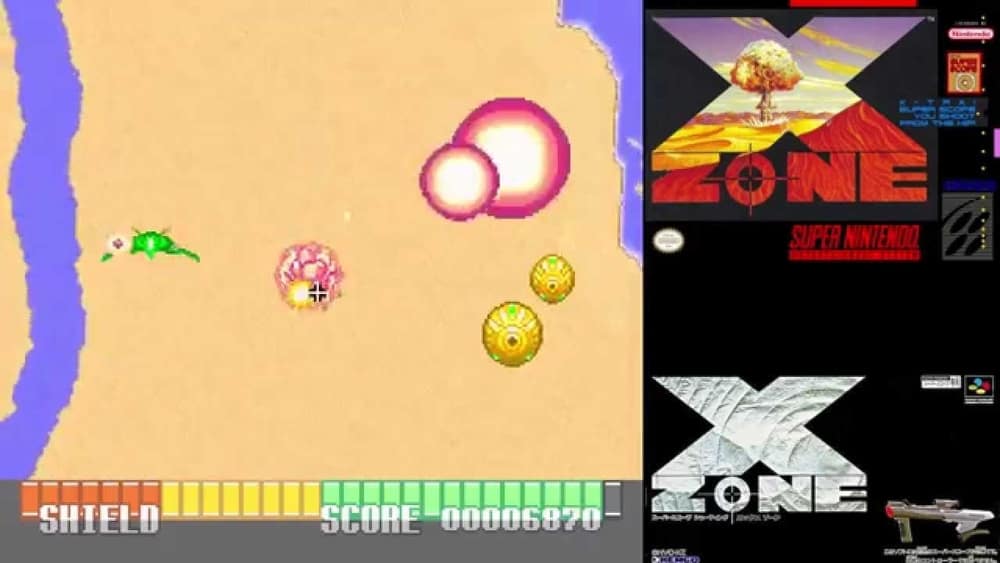 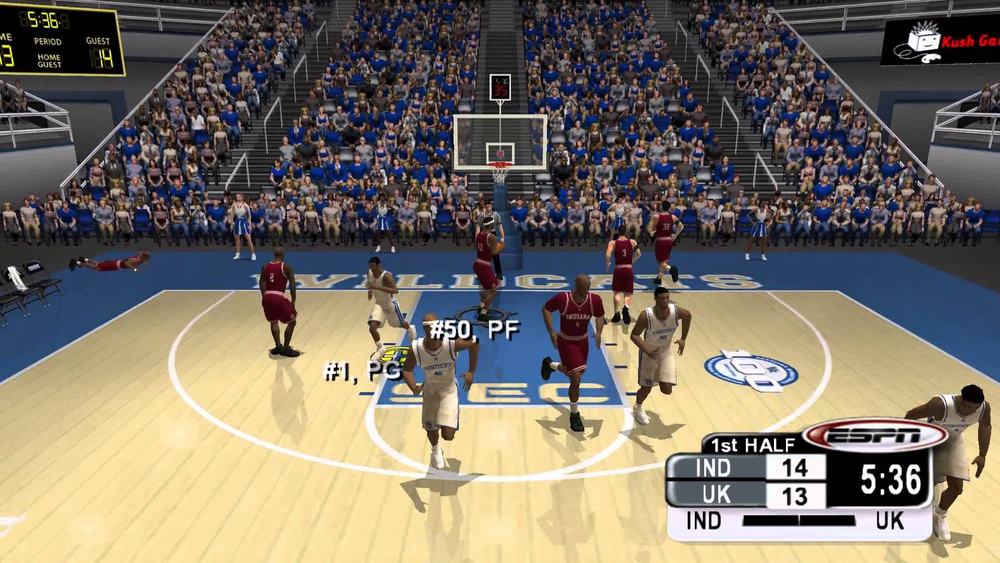 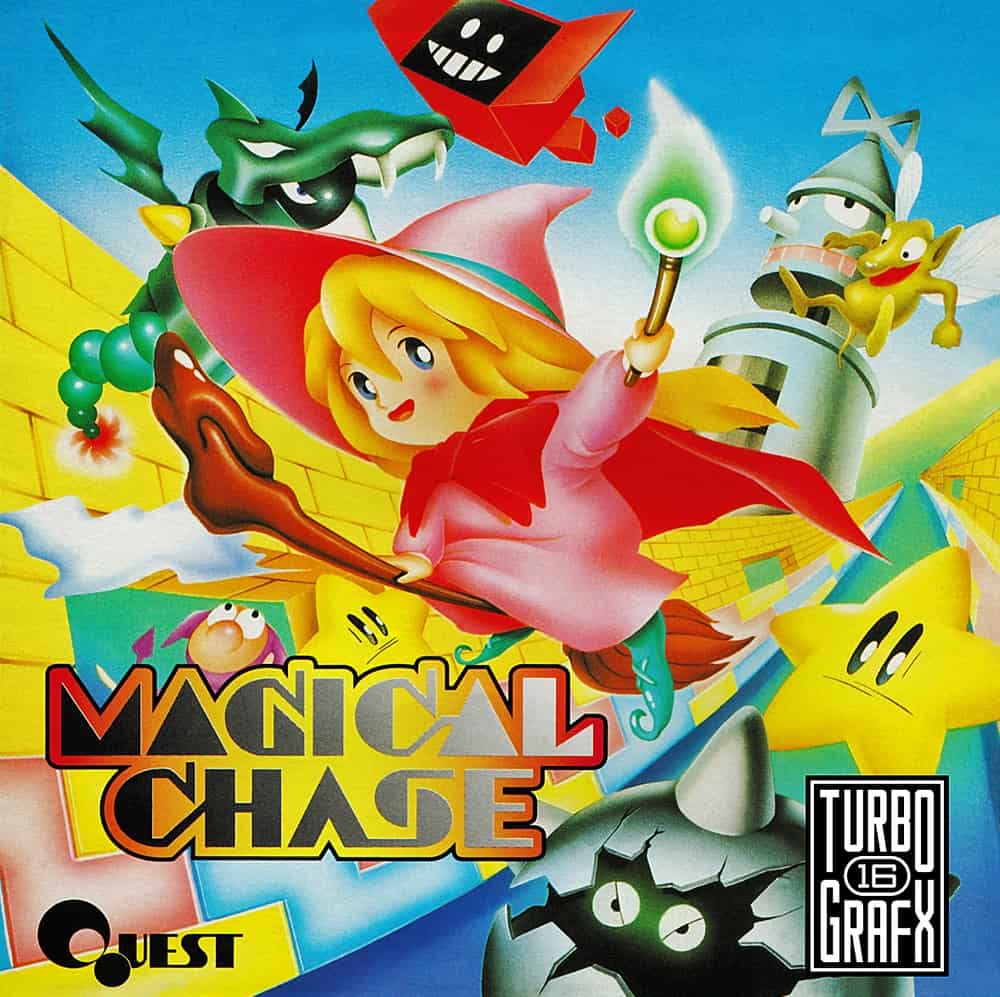 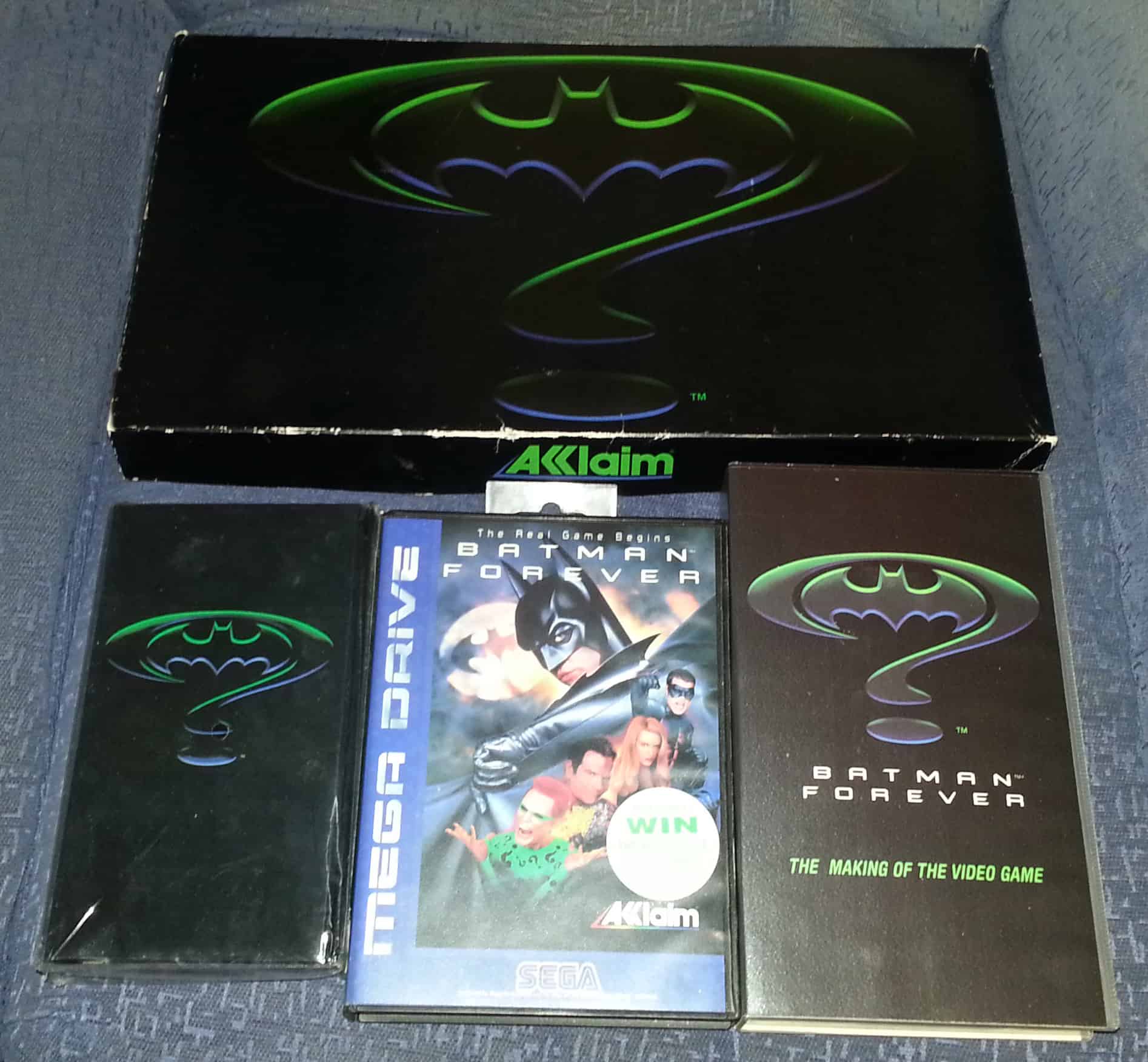 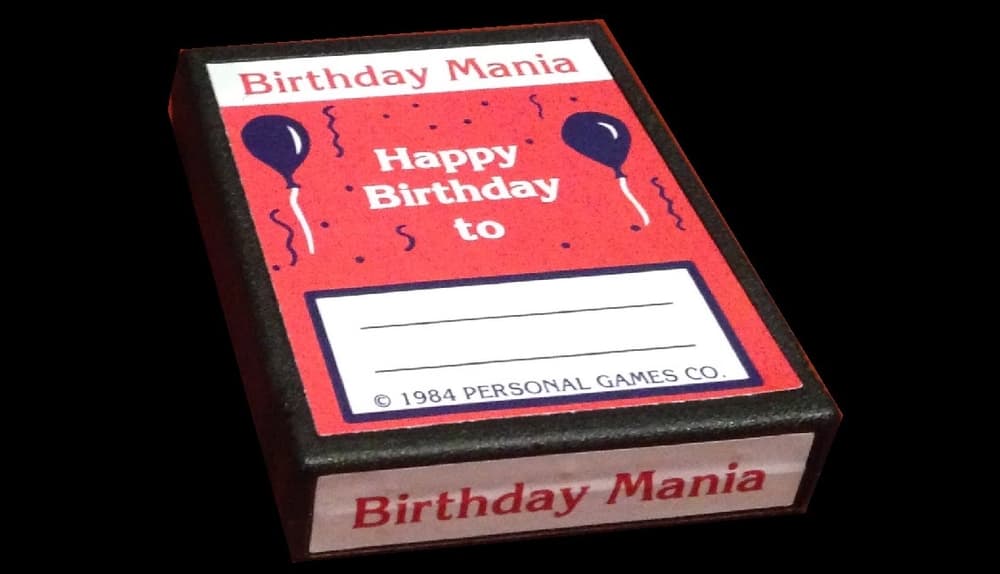 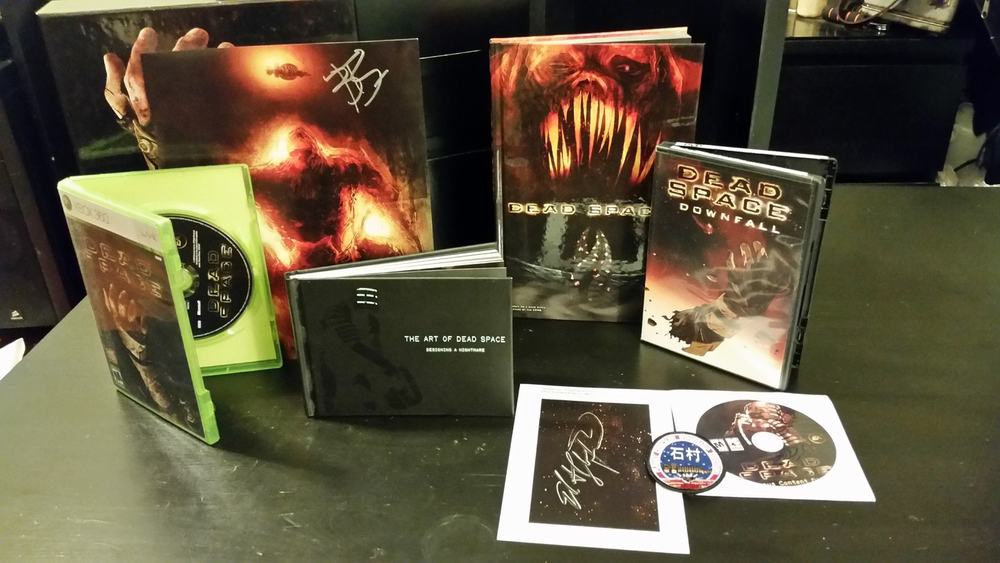 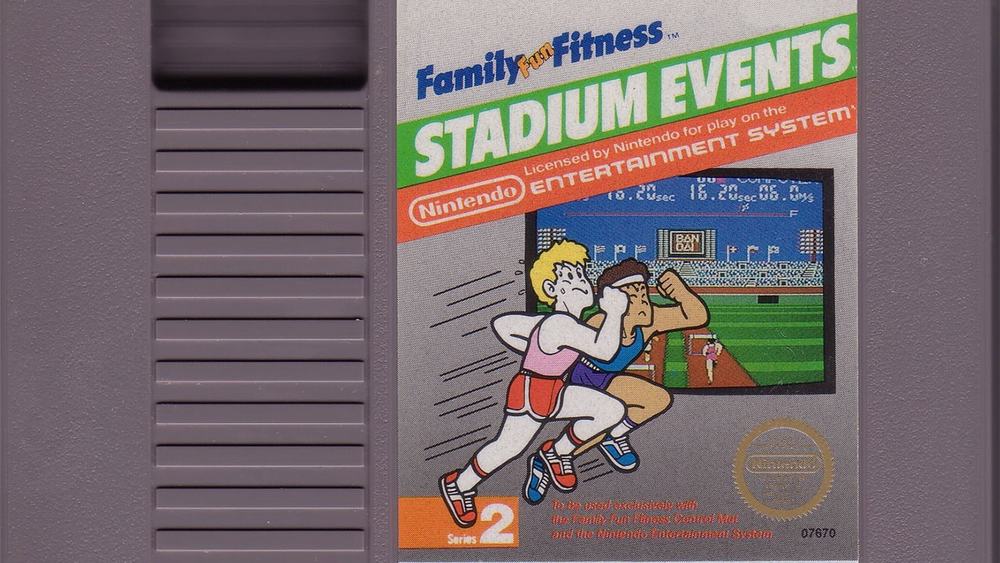 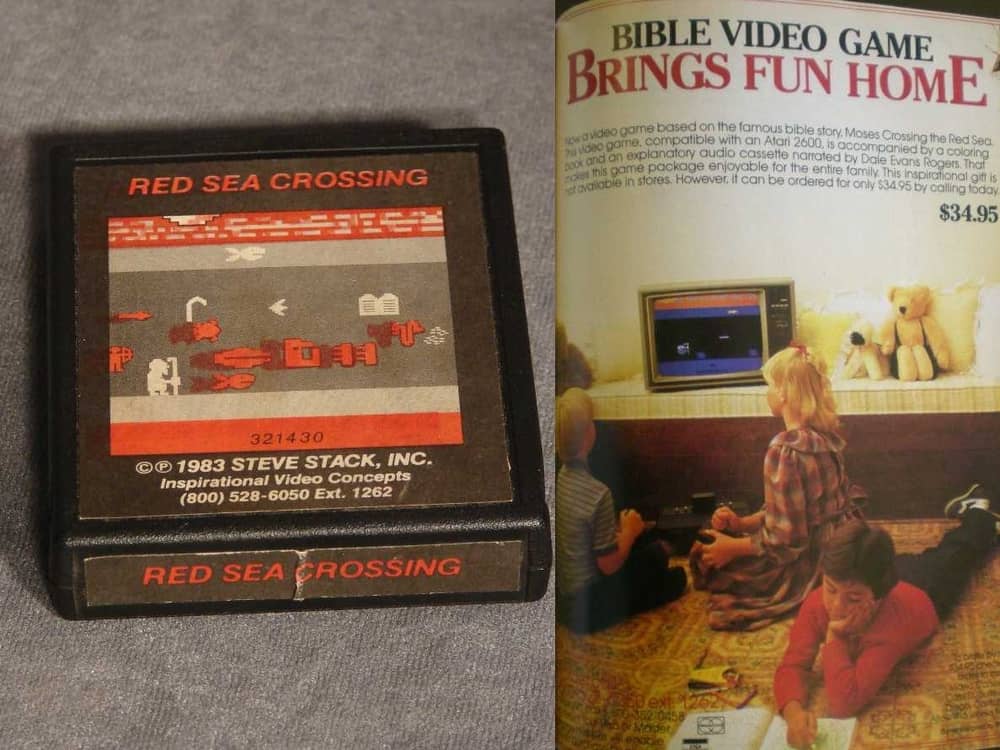 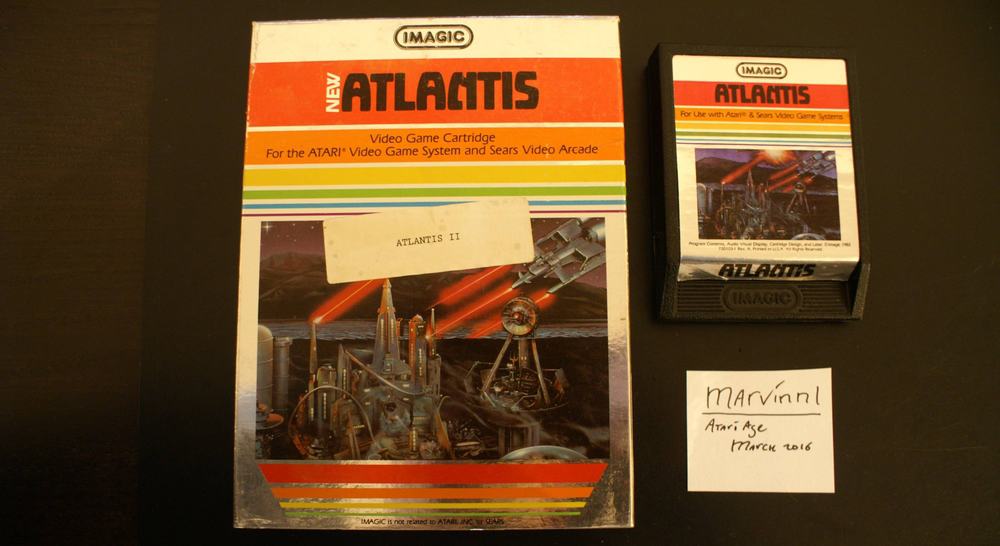 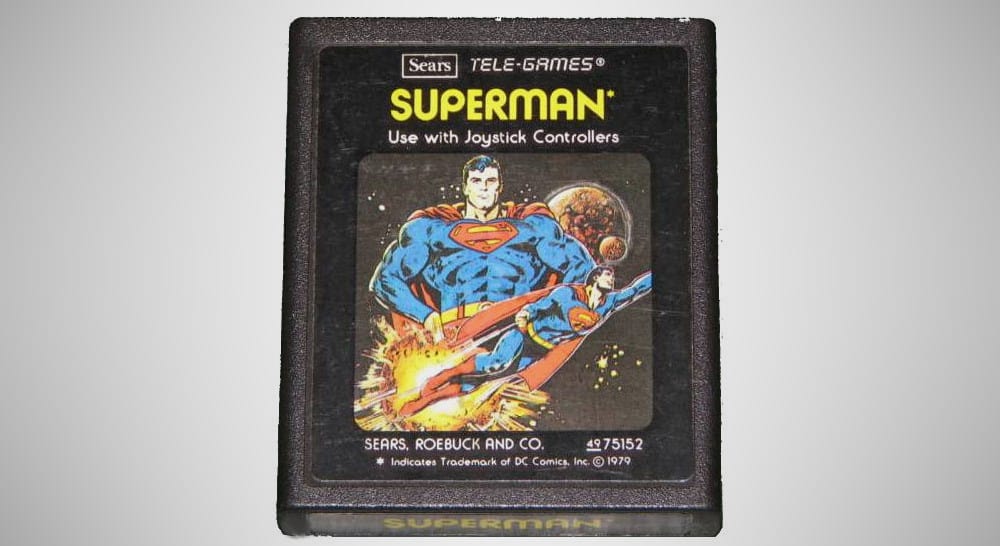 Money won is twice as sweet as money earned, but money found is the winning lottery ticket you didn’t need to pay for. It’s cash in your jeans pocket when you first put them on. When it’s a pittance, it’s good. When it turns out to be a Platinum Collector’s Edition Boxed Set payday that comes in one of those bags with the cartoon dollar sign, it’s sublime. With recent shifts in the video game market, it might now be easier than ever to find some extra money laying around, if you happened to keep some of your old games from various systems.

Though relatively new on the scene, having only come about in the 80’s, home console video games have carved out a huge niche market for themselves, with some of the oddest, most terrible games bringing in huge money thanks to glitches, early releases, and unique Easter eggs hidden – accidentally or purposefully – in the software, and sometimes even the cartridges or discs of the games themselves. You might easily have a few of these gems tucked away in your gamer trunk, which is why we trotted out these 21 valuable video games worth looking for, in case you want to enjoy some stacks of found money.

Note: All prices are approximated based on recent auction sales. You may be able to get more or less (or a whole lot less) than we project. Sell smart!

A limited-edition cartridge from 1990, there’s 90 ordinary copies of this in gray, and 26 with a gold-colored body. On it are timed versions of Tetris, Super Mario Bros., and Rad Racer. It was used in the 1990 World Championships wherein competitors would play through these three games, proving who was the best. The last known auction of this sold for $99,902.

Only 200 were ever made and you had to win those through a competition held by Sony, or find someone who did and kill them. It comes with an art book and a dagger replica, making it one of the most intensive Limited Edition games of all time. You can sell it used for about $9K. Mint will get you about $11-$12,000.

Game developer Men-A-Vision only made one game, and Air Raid is it. Instead of the standard black, this cartridge is blue and has a handle, for reasons that defy understanding. Cartridge alone will get a few grand. If you have it in box with the manual, you might be able to fetch closer to $33,000, depending on condition.

So bad that the company buried every copy in a landfill in New Mexico, the copies of this game that have been dug up are now worth between a few dollars and a couple thousand, though you have to pull them out of the ground if you don’t have one laying around.

You’ll need to get the UK version of this game to make any coin, since the US version was more popular. Find it and you’ll get about $2,500 for a new copy and closer to $1,000 for something with a few miles on it.

The Flintstones: The Surprise at Dinosaur Peak

While it’s unclear why this relatively basic game ended up with cult status and a collector price tag to boot, it does. $1,500 used and only $2,000 sealed. Trust this: It’s not worth the $500 to open it.

Before there was Leisure Suit Larry, there was Softporn Adventure. Digital sex in the pixelated world will get you $3,000+ for the Apple II version, and closer to $800 for the Atari copy.

Sega had some strange peripherals for its Genesis console, not the least of which was the 32X that plugged into the top. Among the marginal games made for it, the strange space shooter Darxide earned a place in cult lore, with copies selling for $1,500 in heavily used condition.

X Zone used the Super Scope, a derided and almost wholly useless accessory for the Super Nintendo. Mostly a rail shooter, the money gets much bigger if you happen to have a Scope to go with it. About $1,000.

You can only get about $400 for this, though that varies on the quality and condition of the box. The reason such a disposable sports game gets anything at all is because only a small number of copies were made for the GameCube, leading to a scarcity in the market.

Released after the Super Nintendo made its debut, no one bought this title, as gamers had moved on to the next-gen system of the time, meaning a sealed copy of this goes for $3,000 with a used one raking in several hundred, depending on condition.

Good on you if you were one of the few people who got the TurboGrafx-16. You deserve a payday, because your childhood was garbage. Magical Chase is a respectable platformer that came out as the system was dying, making it both a decent game to play, and a collector’s item that no one bought. Used is worth about $7,000 with a new option getting you more than double that.

During the height of 2D fighting games, everyone wanted a piece of that Street Fighter/Mortal Kombat coin. Shaq Fu jumps to mind as a good example of this. The other example is the surreal Clayfighter which was given a special rental only version called “Sculptor’s Cut.” Unlike real pottery, it’s worth $500 unpacked and $2,000 or so sealed up.

One of the worst movies ever made meets one of the worst games ever made. It was only distributed by the British retailer Woolworths and has a Batman diary, which sounds hot, a ‘making of’ VHS tape that no one wants to see, and some other terrible junk. Good news is: It’s about $1,500+ worth of junk used, and far more if mint.

Literally a game about blowing out birthday candles, this terrible cartridge has the ability to be personalized, as if anyone would want to do that. Since only a couple of copies are out in the wild, you can get more than $30,000 for this. Likely much more.

Loads of people have the standard Collector’s Edition of this game-turned-life-altering-addiction. The one you need to seek is those boxes that have special scratch-off codes that allow you to unlock animals. The box alone gets $300, the animals they unlock can sell for about $2,000, and a sealed copy of this is close to $3,000 right now.

Only a thousand copies of the ULE made it into the hands of buyers, though it was packed to the gills with stuff. A graphic novel, animated movie, signed lithographs, and various pieces of art and flotsam. Still sealed it brings in close to $3,000 with a worn copy worth about $300.

The only worthwhile copy are the ones encoded for North America, because those sold even more poorly than overseas. Mostly bad track and field events, you can get a few hundred for the European copy, with NTSC (North American encoded) going for $10,000 or more used, and closer to $25,000 sealed.

A one-off game made by Steve Stack back in the early 80’s, the game involved Moses crossing the Red Sea. Due to the small run and immense rarity of the game, it’s valued at $10,000+ for battered old copies found at garage sales.

In 1982, as the phenomenon of video games was just catching on, a few companies would reward loyal gamers with special prizes and competitions. One of these was Atlantis II, which was the special sequel to the original Atlantis. Only high scorers of the original were sent the second installment, which was harder and involved more enemies. These look exactly like Atlantis prime, so you’ll need to buy any copy you find to see if you landed the $5,000 a copy of “II” will get you.