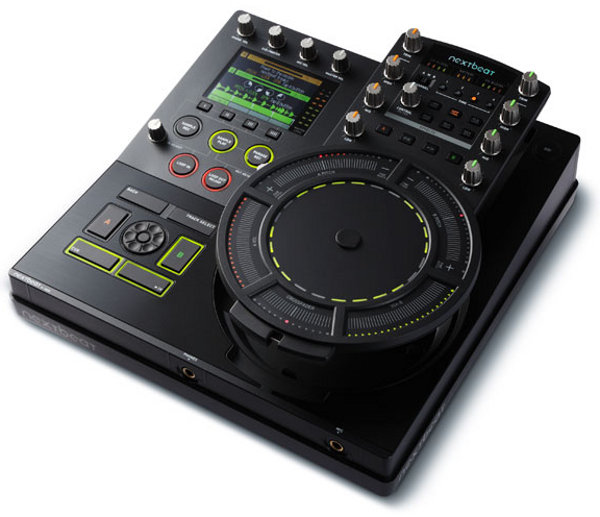 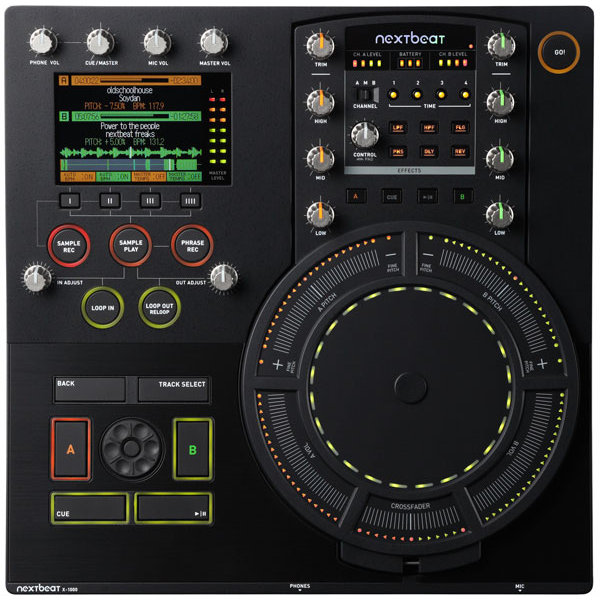 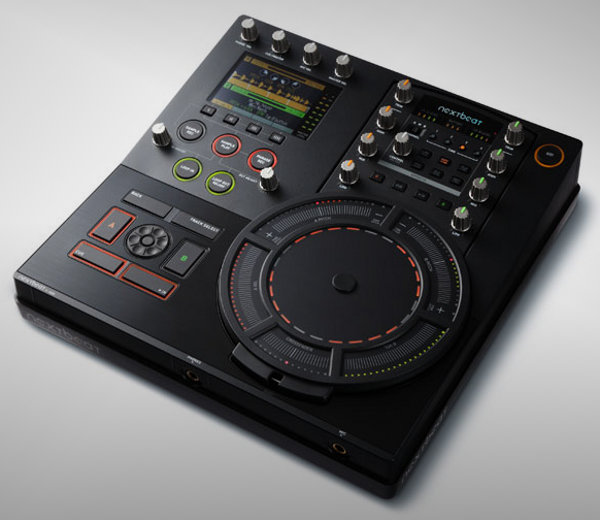 Wacom has built a healthy reputation on developing some of the most popular stylus tablets for the world of graphic design.  This month, Wacom has entered entirely new territory with the Wacom Nextbeat dj controller.  Wacom Nextbeat is a stand-alone DJ controller that featuers a wide range of precision controls from effects to sampling to cue and more.  If you’re a DJ, you can expect that Nextbeat provides the stable of functionality you desire, and unlike Wacom’s tablets, this one can operate entirely independent of a PC connection.  Bring your iPod and your Nextbeat to the club, you’re fully ready to operate smoothly, Mr. Smooth Operator.  No word on US release or pricing yet, but this will hit Japan in September for $1,796 USD (currency converted). [nextbeat via limitedhype]

The product is currently in development and is scheduled for an initial release in Japan and Europe this summer. Currently, dance music is one of the few music genres that are continuing to evolve, with many prominent professional DJs becoming musicstars. The market is expected to continually grow especially in Europe.

Wacom has been providing tools such as pen tablets mainly for digital content creators. The audience extends from professional digital artists who design and illustrate to general consumers who enjoy drawing and editing photographs on their computers. These tools have also been used to produce artworks of music records and to work music software. Thus, the company brand is well recognized also in the music industry. This led us to taking the newly developed sensitive touch detection technology to break into the music industry which is familiar with. nextbeat NXT-1000 will be the first step in this direction.

Nextbeat-1000 is an optimized interface for producing music and for DJs to perform in night clubs. The device does not require any external computers. It is as compact as a 30x30cm record sleeve with two music sources, a mixer, an effecter, and a sampler all built in, allowing optimal playability and durability for a professional DJ performance. Especially, the touch sensor with Wacom’s advanced sensing technology enables high speed detection of finger pressure and finger pointing accuracy to convert the players’ feelings into music and to fully bring out the creativity of musicians.

In addition, the portable control unit with a wireless function allows performers to move around with free from the main device. In contrast to the traditional style of DJs performing inside booths, being able to move closer to the audience creates a dramatic change, enabling the audience to feel more relation with the DJ.

The website for nextbeat NXT-1000 at “www.nextbeat.net” will be launched on the18th of March. The product will be presented to the public  in Miami, U.S., during the Winter Music Conference scheduled through March 24th to 28th and the Musikmesse from April 1st to 4th in Frankfurt,  Germany. nextbeat NXT-1000 will be shown at different events and details will be announced as schedules are set.