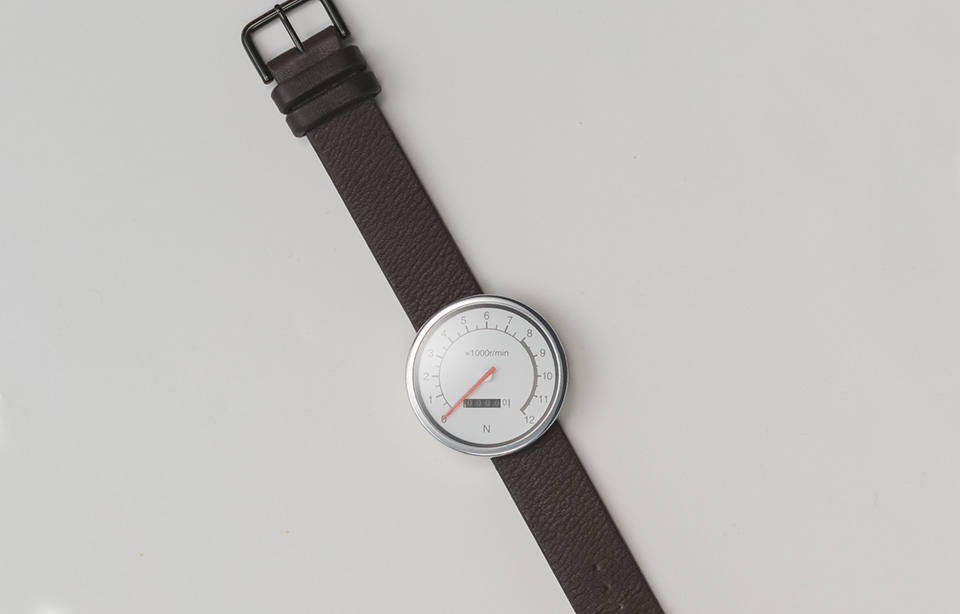 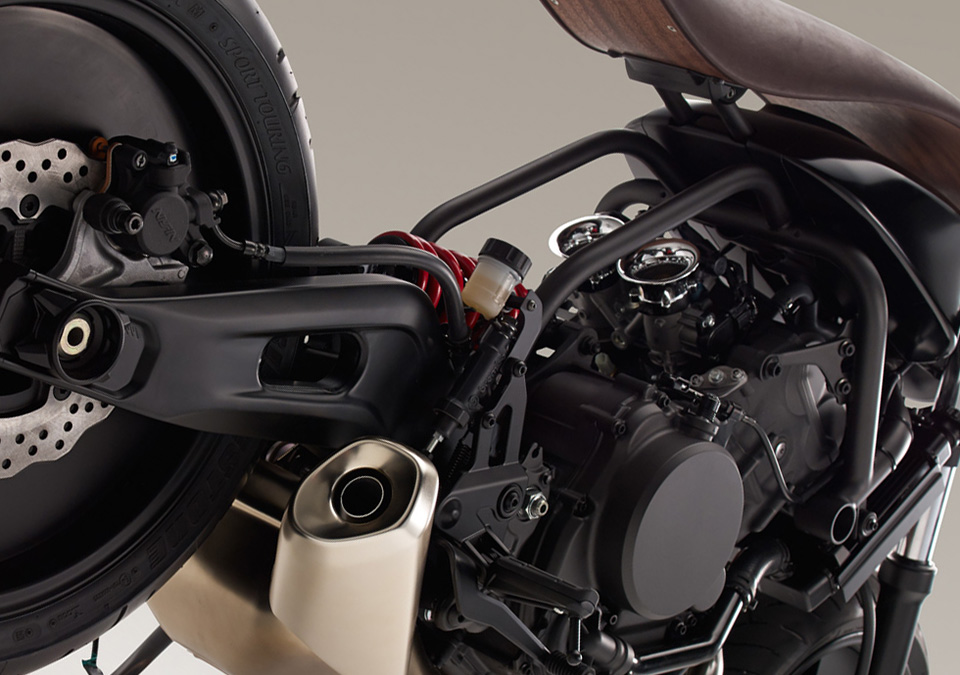 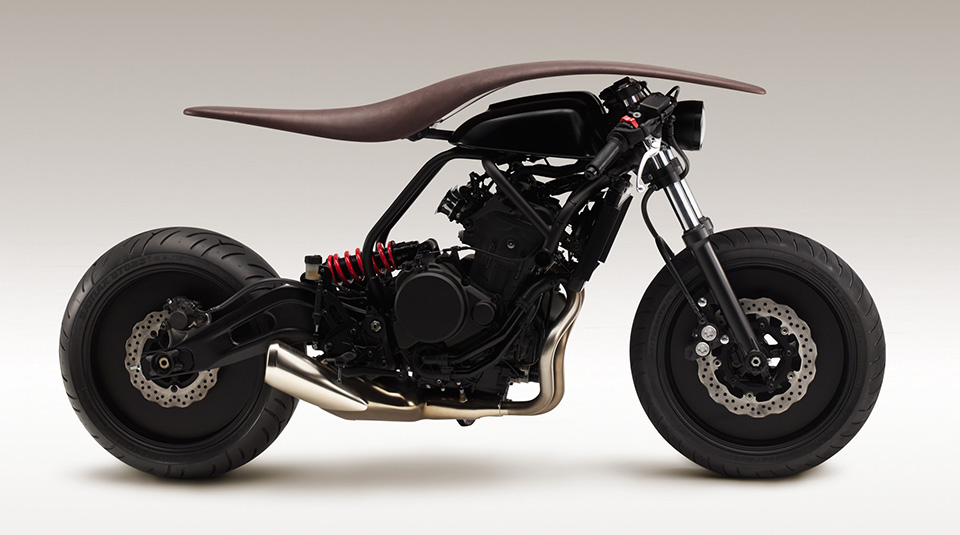 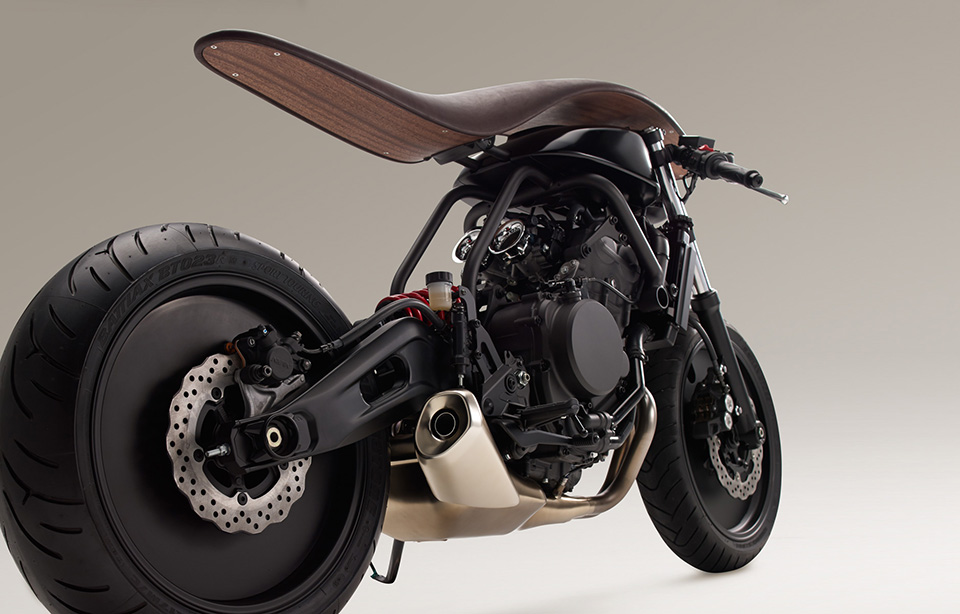 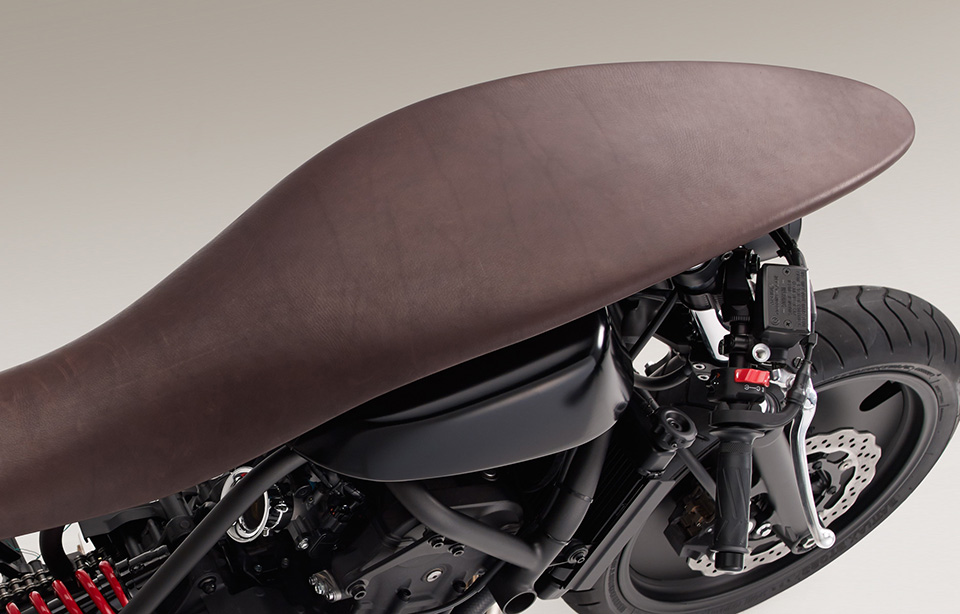 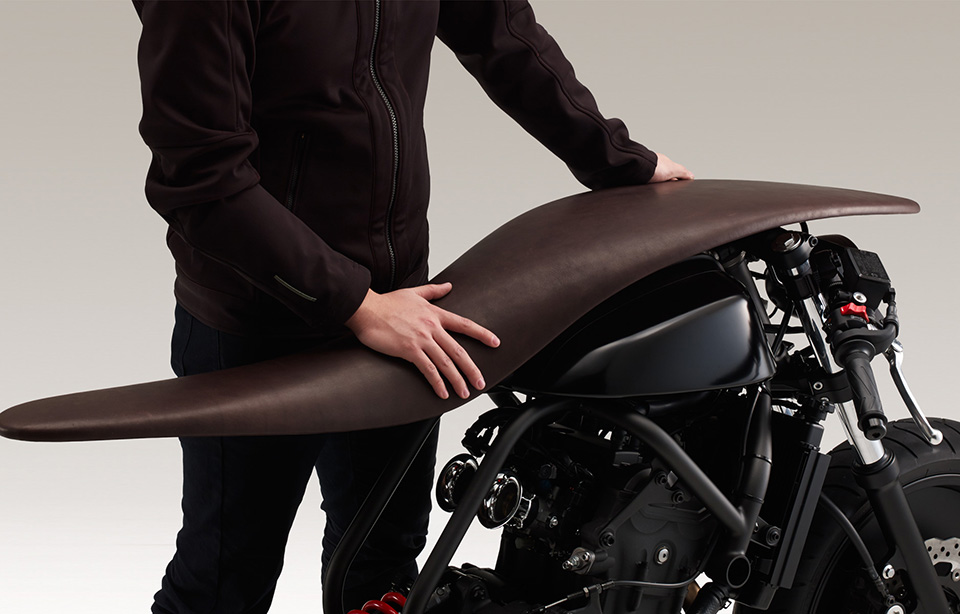 At a glance, the basic elements of a conventional motorcycle are here. A pair of wheels, a frame, handlebars and a seat. The power system — including the gas tank, engine and exhaust — is all there too. The Yamaha musical instrument designers broke the mold in two directions on the Root Motorcycle. First, the way in which the rider embraces the bike, and second, the styling of the “output”, or the exhaust.

The musician’s take on the Yamaha Root Motorcycle isn’t a surprise. Musicians have long focused on the feel of the interface, the connection between manual input and the sound that results. The Root motorcycle features a smooth and curvy saddle that extends over the length of the frame. It is curvy, almost intimate in its design, and it is built to provide a sensual connection between rider and road. Just like the fine rosewood fretboards of exotic guitars, the curvy leather saddle of the Root motorcycle is built for making an intimate connection.

The amplifier and the sound port are also important to the musician, and this is represented here by the exhaust. A smooth and angular gold pipe is fitted to the bottom of the bike, an element which is rarely pushed as a visual stand-out on motorcycles. This has long been a functional element, but the Yamaha designers have made it a signature trait.

One other functional bit that would excite the musician rider is the “key” and “instrument panel” interface of the Yamaha Root Motorcycle. The speedometer/odometer is built into a digital watch face that allows the rider to view ride data on the wrist. When the rider leaves, the data goes with her. This also acts as a security measure. No need for a key, the watch activates the Root motorcycle and keeps it inaccessible when the rider departs.

These kind of design mash-ups can be exciting for more than just motorcycles and musical instruments. And kudos to Yamaha for exploring the contrast. We can learn a lot by collaborating with each other in new and alien creative endeavors. If you take away anything from this, let it be to break new ground by sticking to established instincts. 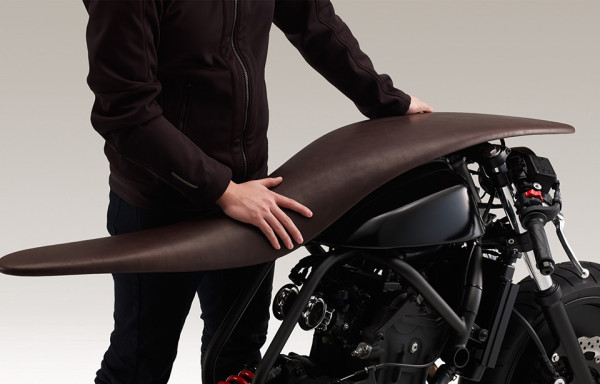 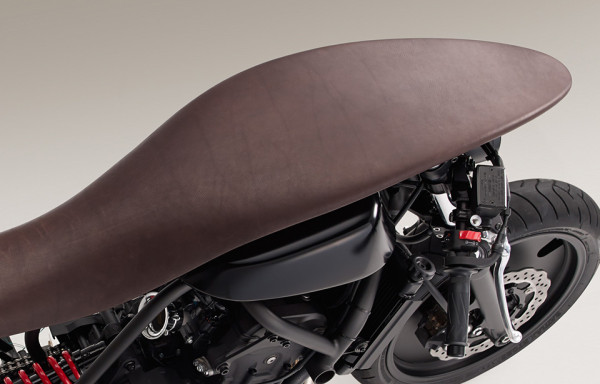 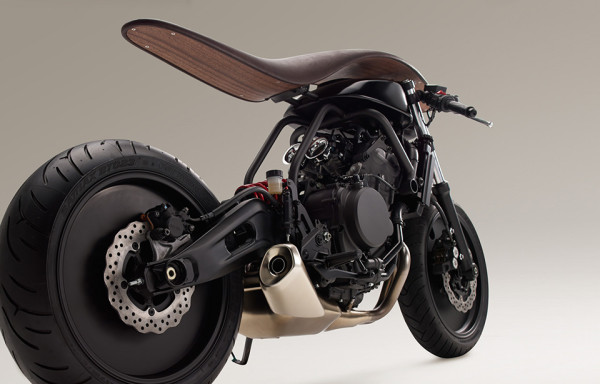