Raise a Glass: 10 of the Oldest Bars in America

Every once in a while, you want a night out with a bit of gravity to it. 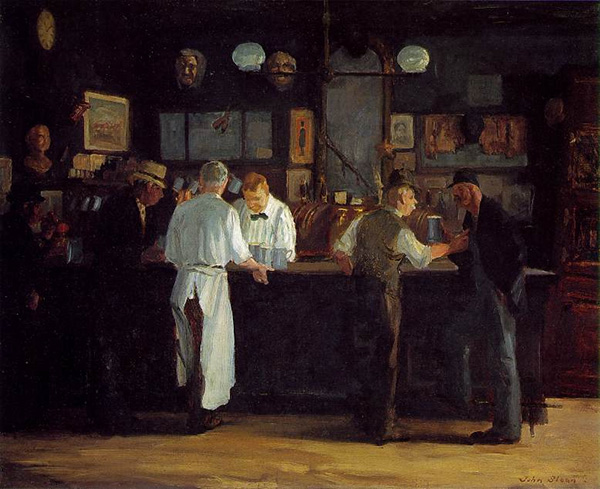 Looking to enjoy a drink with some friends over a bit of history? Come with us as we take a virtual pub crawl through ten of the oldest bars in America.

Raise your glass where presidents, revolutionaries and even pirates have done before, as these classic watering holes are the ideal place to link up.

Some Of The Oldest Bars in America

Join us to explore 10 of the most historic, oldest bars in the USA. 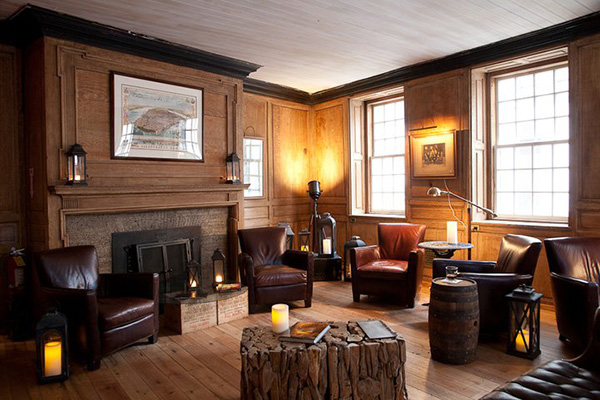 Throughout the American Revolution, this bar at Broad and Pearl in Manhattan served as a meeting place for the Sons of Liberty. It hosted a who’s who of famous American icons in the 18th century, including General George Washington himself. President Washington bid farewell to the Continental Army on this very spot in December of 1783, saying to them

“I most devoutly wish that your latter days may be as prosperous and happy as your former ones have been glorious and honorable.“

How’s that for a quote to raise a drink to. At the Fraunces Tavern in NYC, you’re sharing your drink with the ghosts of legends. 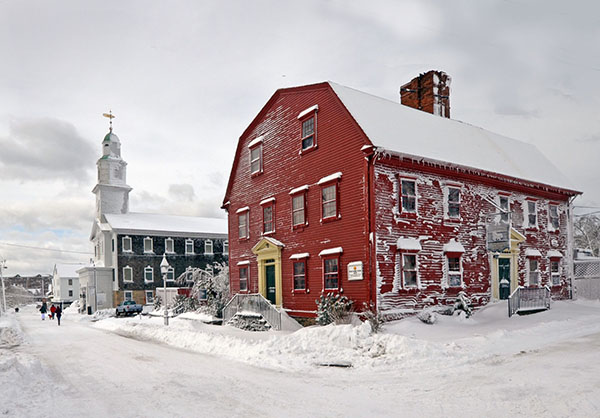 The oldest bar in the United States has nearly a century on the Fraunces Tavern in New York. The White Horse Tavern of Newport, Rhode Island was founded in 1673 and has been serving up ale and eats ever since.

Today, this nearly 350-year-old bar caters to fine diners and discerning drinkers who visit to honor its history, tradition and culinary expertise. As the people at the White Horse Tavern say themselves, they offer a “taste of 21st century Rhode Island in our 17th century tavern.” We’re hungry just thinking about it. 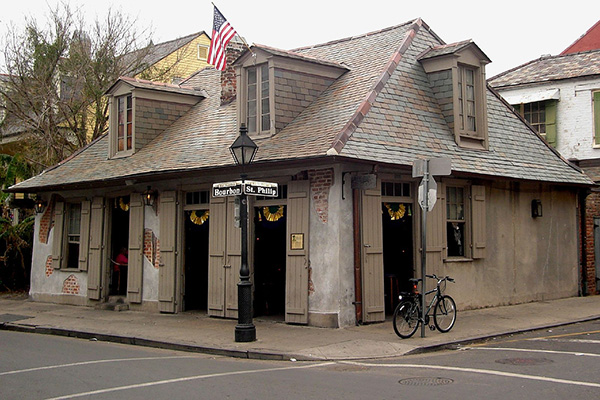 In the late 1700s, this little tavern in New Orleans was the base of operations for Jean Lafitte, a pirate, spy and celebrated hero of the Battle of New Orleans.

Jean Lafitte’s Blacksmith Shop still stands today as a revered bar on Bourbon Street in New Orleans’ French Quarter. The story of Lafitte may be held together with a few admitted embellishments, but that story continues to be told today in his favorite watering hole and the oldest bar in the American South. [images courtesy: katedahl, wallyg 1, 2] 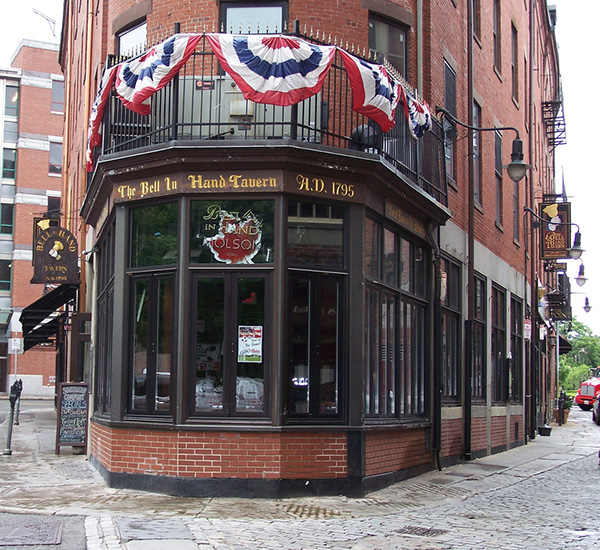 How does a Revolutionary War town crier spend his twilight years? Opening a bar, of course.

The Bell in Hand Tavern was founded in 1795 by Jimmy Wilson, an 18th century town crier who quite literally heralded in the birth of a nation. Since then, Wilson’s bar has stood on Union Street in Boston’s North End, welcoming every walk of Bostonian who wishes to raise a glass to their health. Listen carefully, and you can almost hear the echoes of the voices that came before in this 200-year-old bar. [images courtesy: sly the fox, trace meek, jeremy brooks] 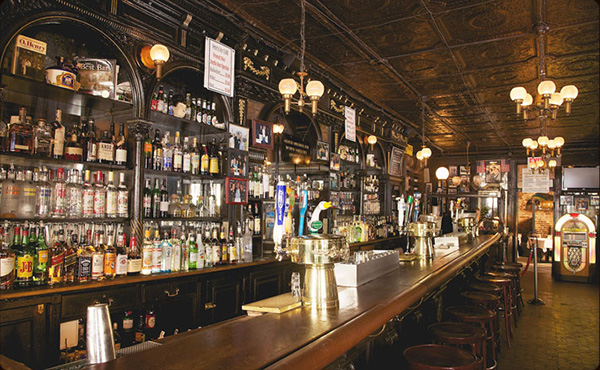 While it may not have the historical reach of Fraunces Tavern, Pete’s Tavern boasts the longest continuous service record in New York City. Since 1864, Pete’s has served up food and drink to Manhattan’s busy populace without pause, having maintained its old world integrity since its original opening. Come to Pete’s for the historic atmosphere, stay for the well-known Italian cuisine. 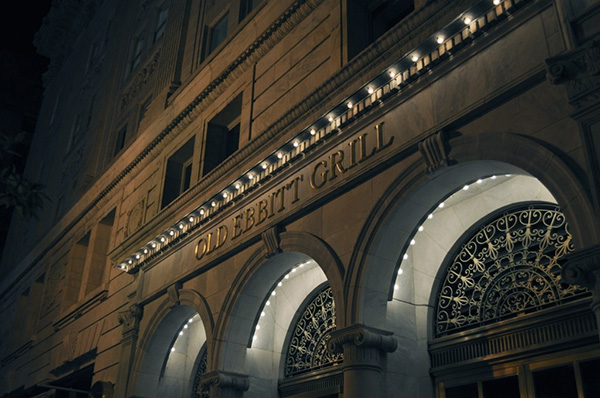 The oldest bar in Washington D.C. is still serving the political elite today, a continuance of early guests like Presidents Grant, Cleveland, Harding and Theodore Roosevelt. Located just steps away from the White House, the Old Ebbitt Grill provides a chance for out-of-town guests to rub elbows with political insiders… or at least glance at the White House and the Washington Monument in the distance.

In a city so filled with American history, this culinary gem is a treat for those who wish to dine and drink in the District of Columbia. [images courtesy: dgrice, katieharbarth, afagen] 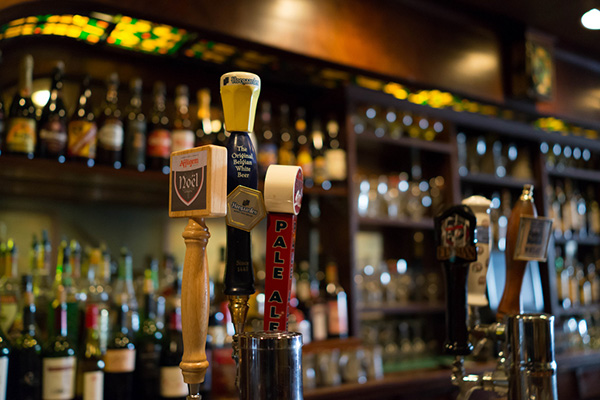 Another New England classic is one of the oldest in the United States; in fact Jessop’s Tavern of New Castle, Delaware is approaching its 300th birthday, while maintaining the style and tradition that made it special three centuries ago. This tavern and colonial restaurant features Dutch, English, Swedish and Old American cuisine to guests with a taste for a bit of American History, served like it was so long ago. [images courtesy: ron cogswell 1, 2,rwsinclair] 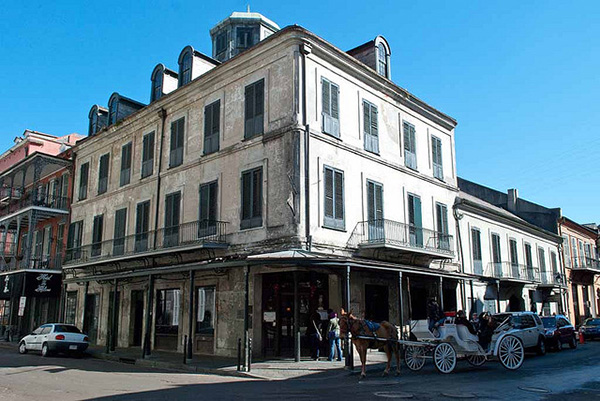 In the early 1800s, the Mayor of New Orleans offered his own house as a refuge to Napoleon Bonaparte during his exile late in life. While Napoleon never arrived, the name of the famous building in New Orleans has remained the same as the house he never occupied. 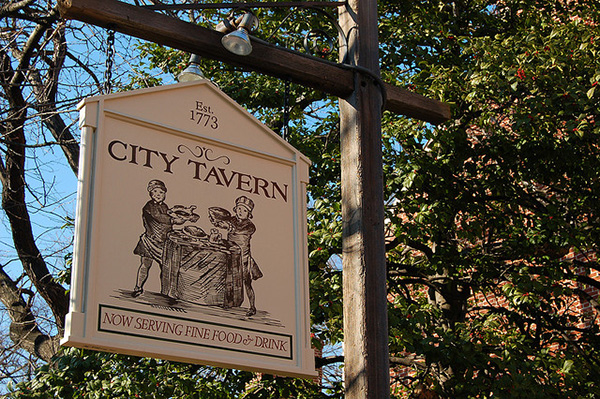 Editor’s note 01/21/21 – Sadly, the City Tavern has shuttered due to hardships from Covid-19. We’re keeping it up for posterity–and with the hopes that it may come back someday.

Another relic of the American Revolution served many noteworthy guests in the 18th century. The City Tavern of Philadelphia hosted revolutionaries like Paul Revere and John Adams, the latter of which called the City Tavern “the most genteel tavern in America“.

In the modern parlance, that compliment suggests a polite, refined and respectable place. Those values remain in the City Tavern today, where craft beers and Colonial-inspired dining are served with a side dish of great American history. [images courtesy: teachandlearn, theqspeaks, ricklibrarian]

The oldest Irish bar in New York City hosted only men for more than a hundred years in business. McSorley’s Old Ale House had to change its rules in 1970, forced by a discrimination lawsuit that allowed women to enter this historic boy’s club. Now anyone of age can enjoy a strong drink at McSorley’s, exploring the historic memorabilia which has remained on its walls for more than a century. What little cleaning we men do when left to our own devices… [images courtesy: Jon McNab, Scott Beale, Usonian]

The Oldest Bar in America

Be sure to raise your glasses to us when you visit any of these fine relics of American history.

If you’ve had a chance to enjoy these or any other of America’s oldest bars, tell us about your experience on facebook or twitter, or share your thoughts in the comments below. 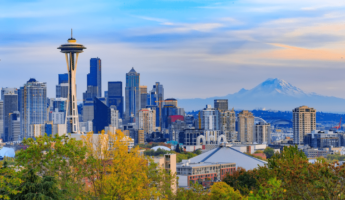 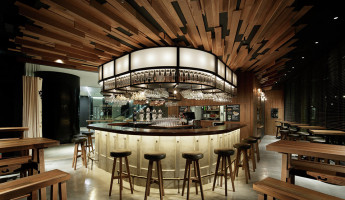 Architecture
10 Glass Houses: Where the Beauty of the World Is Your Wallpaper 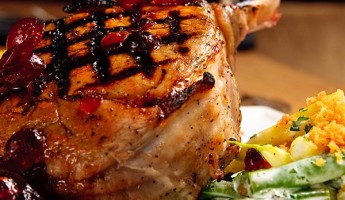 Architecture
Architecture 2011: Top 10 Contemporary Homes of the Year
TheCoolist is supported by our readers. When you buy through links on our site, we may earn a commission. Learn more.
Let's connect
What’s Hot
Join TheCoolist
100% free, unsubscribe anytime.