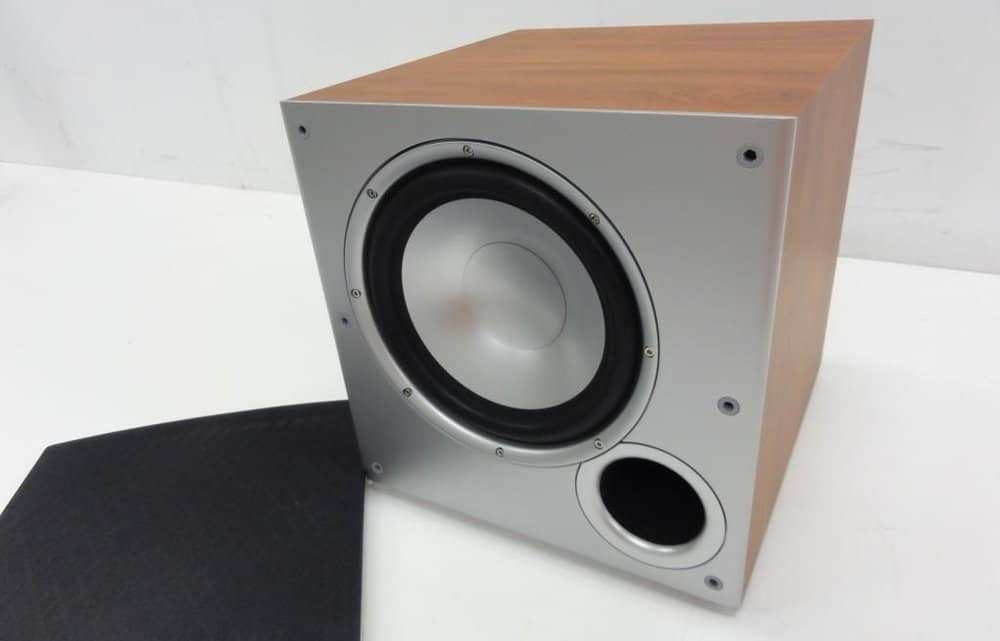 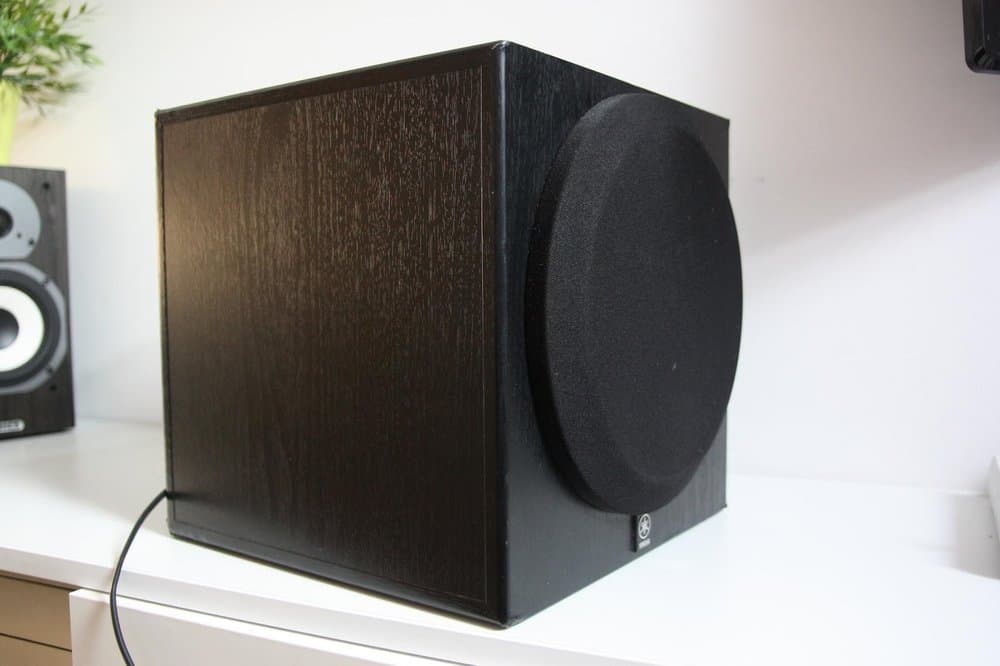 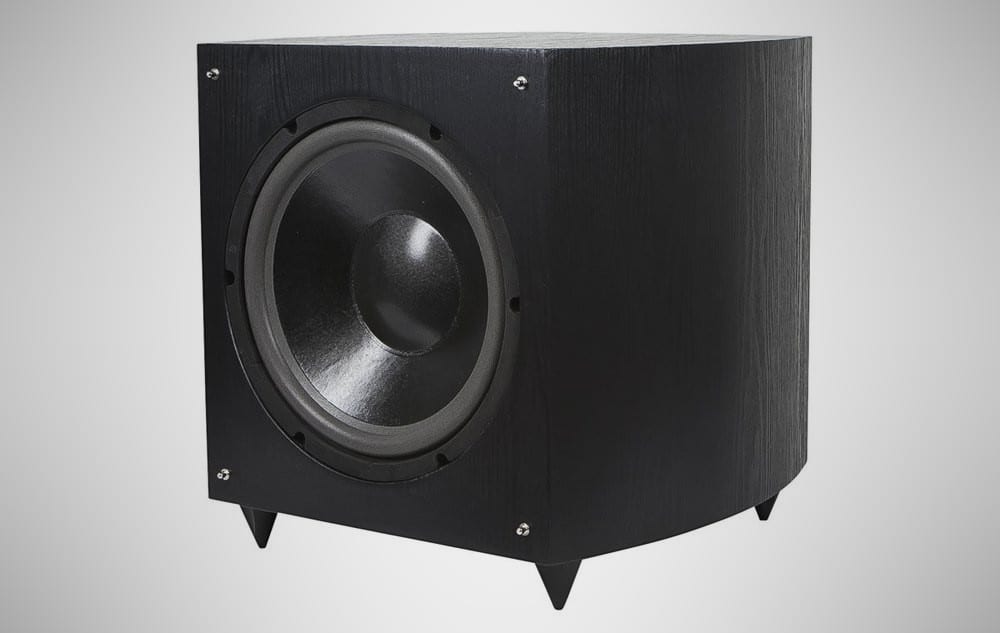 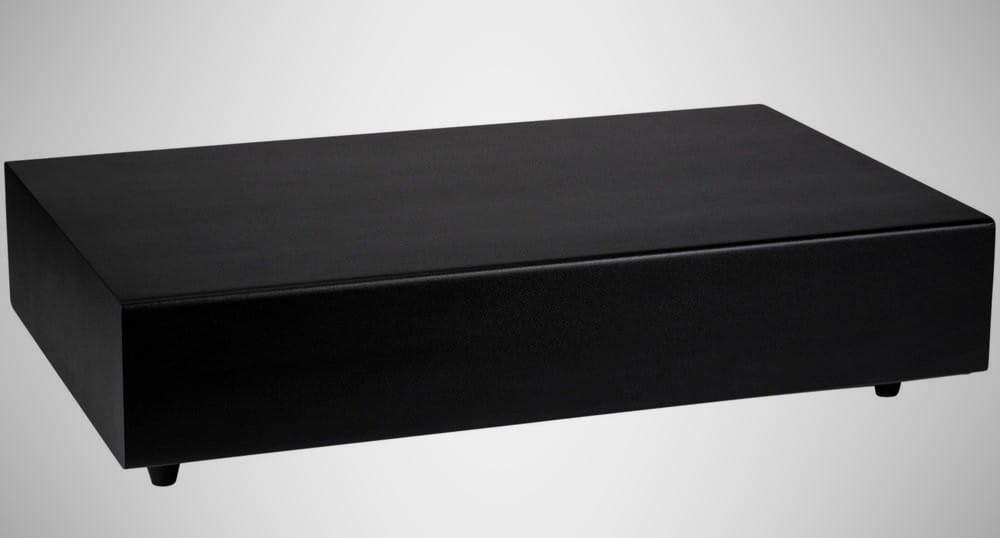 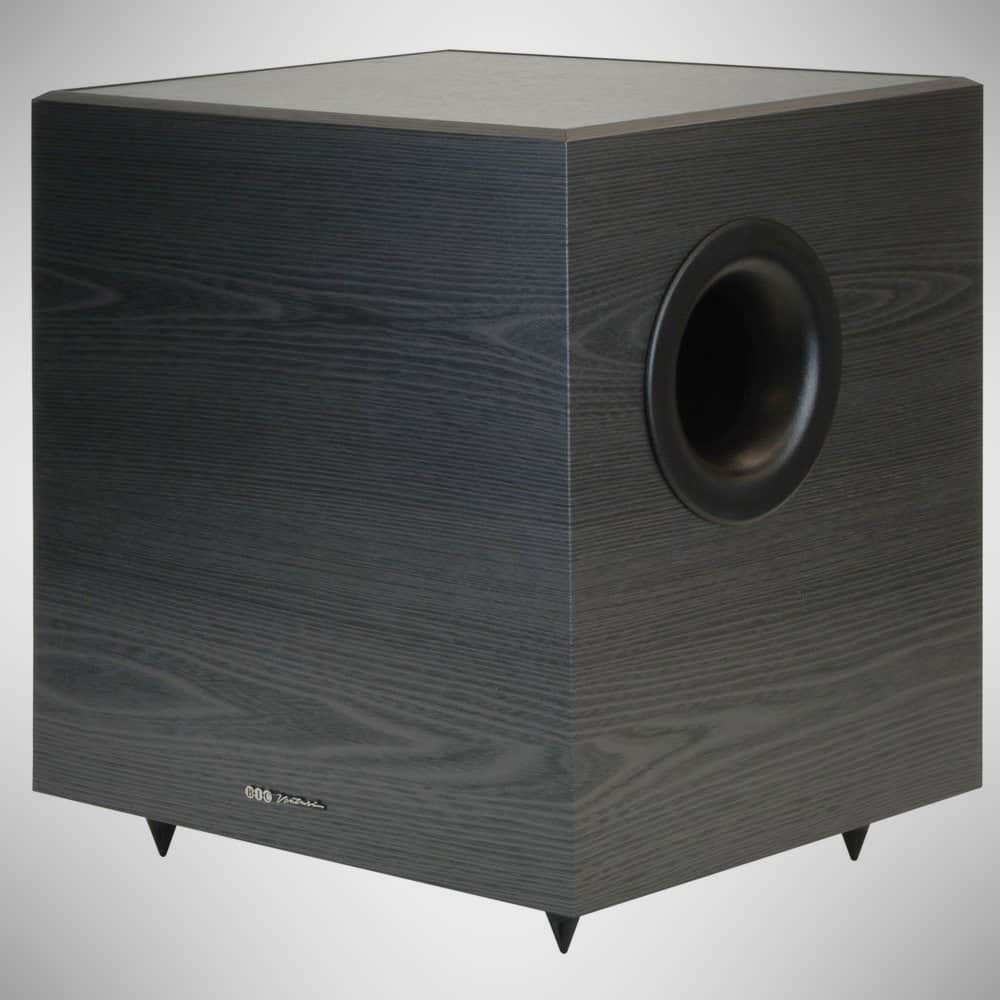 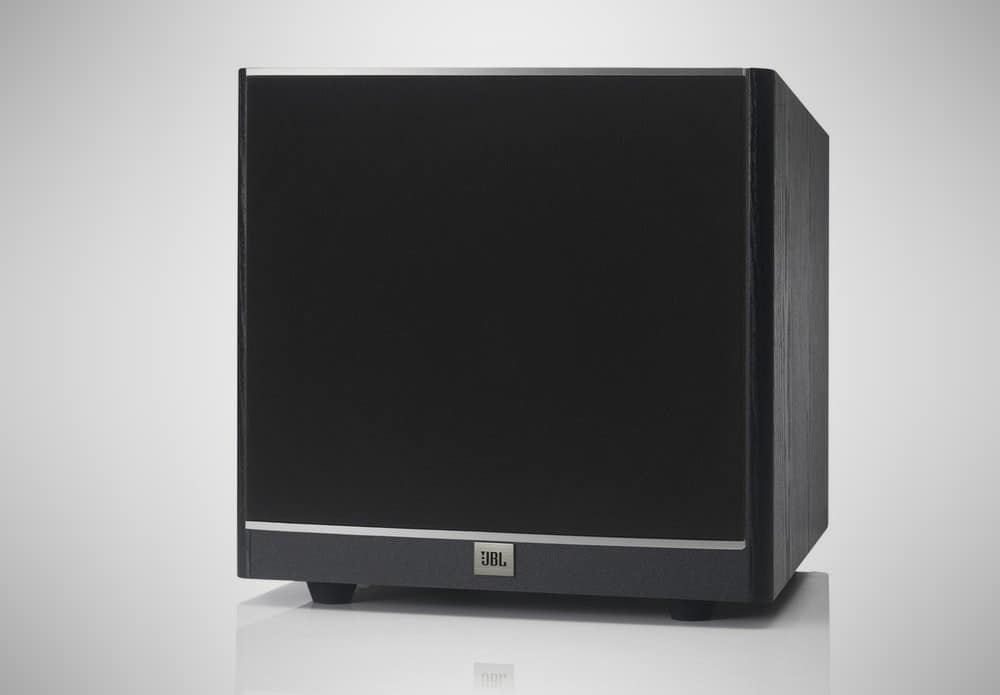 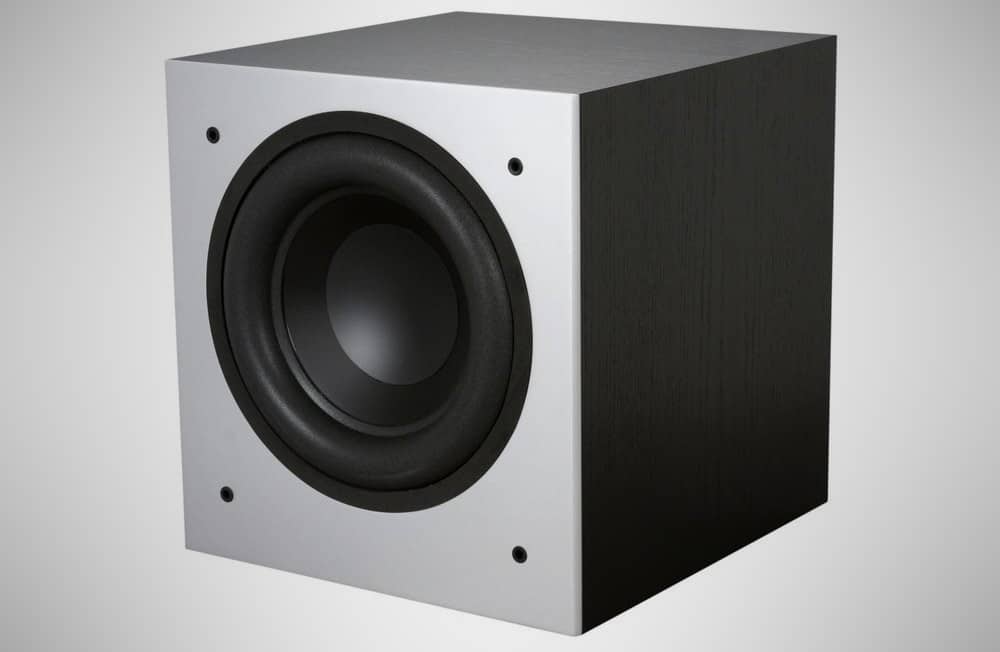 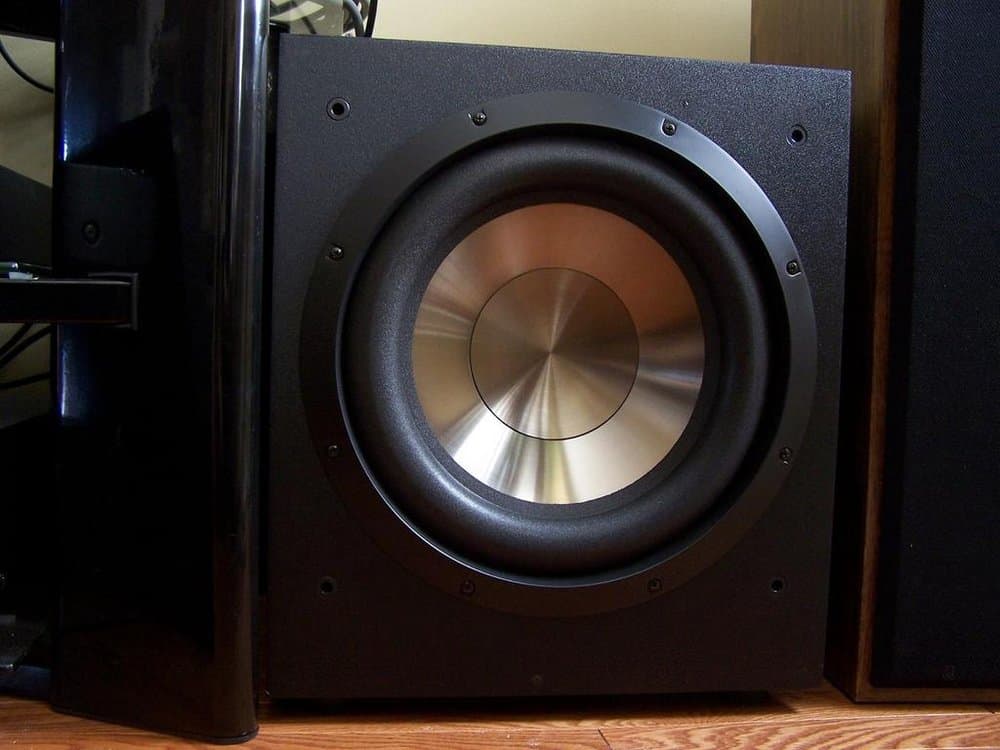 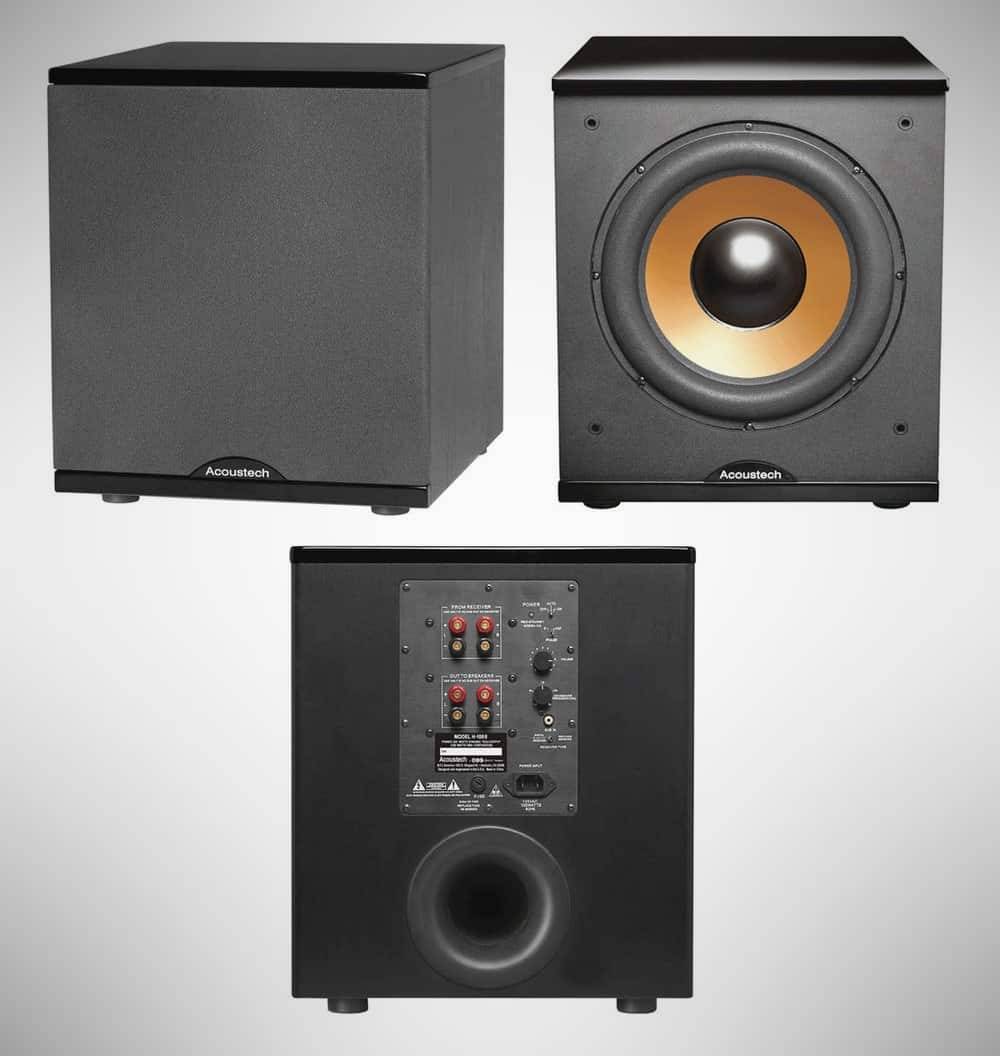 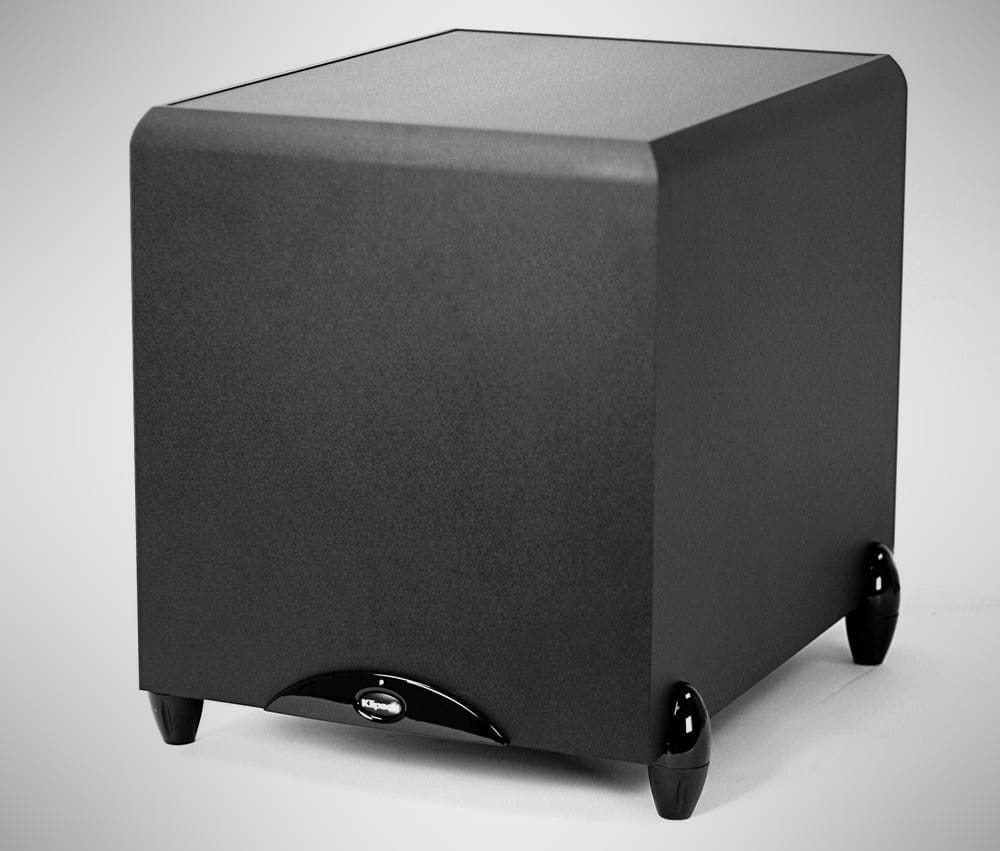 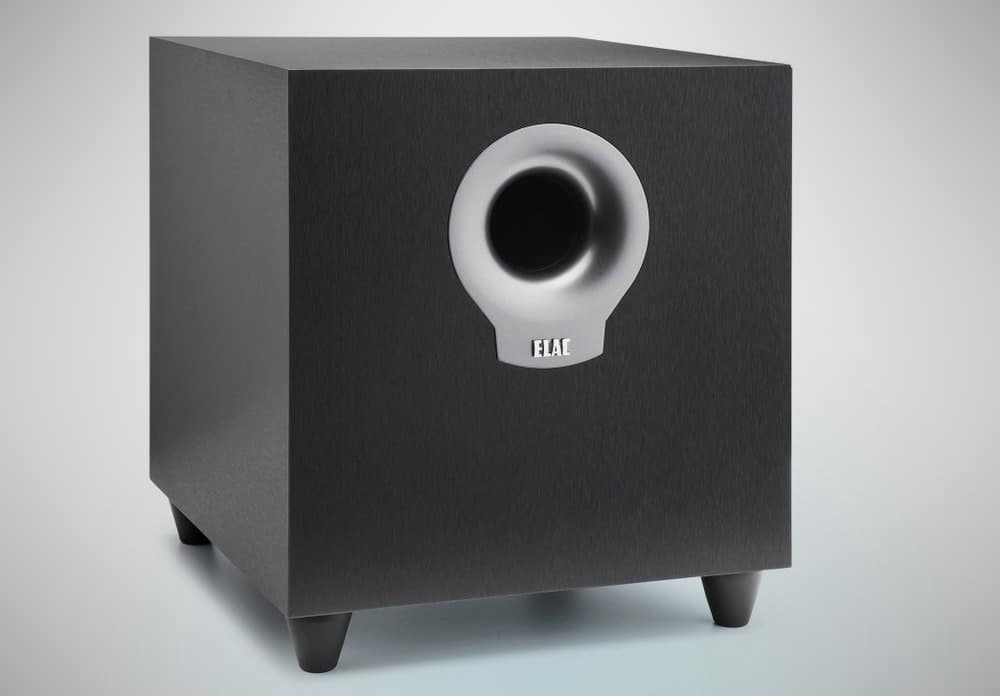 Immersive sound that is accurate is certainly of paramount importance when thinking about your home theater setup, but a person cannot live by mids and highs alone. What each house system needs is not merely accuracy, but power used to effect, bringing in that low baseline. Tweeters and rear speakers are fine for ambient noise, but when the beat drops, the jungle erupts, the bombs fall, or you’ve got to lay down some cover fire for your team, you want to feel it in your bones and bowels. But you also don’t want to pay a fortune just to get your giblets to jiggle.

Subwoofers are fortunate items to buy cheaply, because they can so often be hidden that they don’t need to look good. You can also pack a respectable amount of bump into a fairly compact package, so there’s little need to spend for size. The problem with looking at the more demure end of the cost spectrum isn’t so much that there aren’t any good choices, as there’s too many options that try to supplant precision with raw power. They don’t make good, clean bass. They throw sloppy noise at the problem, hoping to solve a finesse issue with force. These options won’t do that, sticking to the true nature of the beast: accuracy with a power jolt.

The first thing to know about a subwoofer is that there’s very little that’s truly great until you hit about $300. Most audiophiles will tell you to hold off and live without until you can buy an upscale model. That is sound advice, particularly for those who live and die by their audio.

Unlike most speakers which can usually be incorporated into later iterations of your stereo system, the subwoofer is a hit or miss piece that is going to either ride along permanently, or be tossed out the car window the next time you go over a bridge. That means doing your due diligence to listen to any speaker up close and in person, since there’s no accounting for what will sound and feel good to you. You might find you’re a secret bass expert, or determine that loud is all you need, with little subsonic perfection necessary. Ideally, this will just start your journey.

Middling along with a 10-inch driver at 50 watts, the PSW10 doesn’t have the raw power to be much of a theater speaker, and won’t give you that T-Rex shiver. It is built instead with small to mid-sized music experiences where light EDM and Top 40 hold sway. It’s how to get the apartment rocking. Purchase: $100

Instead of attempting to be a top-end subwoofer in a budget body, Yamaha’s YST-SW012 acknowledges its limitations as a punchy little scrapper, not a heavy hitter. The outcome is something fun and boppy that throws in a few low tones, has some hit, but won’t overwhelm. It mixes well with a higher-end system, working as support, and is cheap enough that it can be a placeholder for when you are ready for James Earl Jones-grade bass. Purchase: $100

The 9723 has gotten a load of heat since it was given the blue ribbon by The Wirecutter. So much so that the site had to test a second model, since they were inundated with complaints about their choice. Whether you love it or hate it, the truth of the 9723 is it technically pushes more power than anything else you’ll find at the price range, and more power translates into superior sound. The issue with these is they tend to fall apart, if they even work right out of the box. Amazing when it works, a hunk of worthless slag when it doesn’t. With a good warranty, it’s a great speaker. Purchase: $108

A bar sub is a strange choice, since it goes against the downward striking, hard-hitting, head-banging nature of most subwoofers. The allure here is the six-inch body that can be put vertically or horizontally, allowing it to hide from sight more simply than its cubed cousins who can be floor-space hogs. It won’t rattle your teeth, but has a clean landing that goes nicely with its slimmer figure. Purchase: $129

Pushing 10-inches to the maximum, there’s a plenty of girth behind the boom that the V1020 spits into the ether. It’s got a dense build that promotes true shaking levels when it hits, which is rare for any woofer sliding in under a budget bar. A little difficult to use with computers due to the single input jack, simple and uncomplicated are the notes most present here. Purchase: $170

JBL has fallen out of favor of late, often being snapped up only by the traditionalist who doesn’t want to branch into the newer brands. With that said, the Sub 100 is certainly a vicious little contender, even if it is a little longer in the tooth. Made out of Polyplas – an exceptionally light material that allows the speaker to move more easily – and using a Heatscape motor to inhibit distortion, you can get 250 watts of peak power here, which is truly rich and fulfilling. Purchase: $200

Polk uses a method here called Slot Load Venting, a way of helping move the air that makes the noise so that the 12-inch speaker itself isn’t tripping over its own packaging to make waves. To the ear, this means a smoother, softer, more blended sound that isn’t about maximum thump, but about propping up the low end to support the overall sound experience. Purchase: $210

BIC has sunk its teeth deep into the world of low-priced audio, and they’re proving to have more chompers than expected. A home theater piece, the F12 is a little low and murky for use with music, but tune it in to experience a stampede, alien invasion, or fire bombing, and you’ll find it has smart power that works exceptionally well if you take the time to dial in the sub settings properly. Purchase: $215

Energetic and dynamic bass, the PL-200 pushes the envelope on what can reasonably be expected from a relatively inexpensive piece. Made for medium to large rooms, with sound that can fill either, and a landing range that works for both sustained, musical audio and the quick strikes of cinema, the bass here is big, it’s ominous, and doesn’t go to pieces even when you push it. A best buy for those that can swing it. Purchase: $217

Built to industrial standards, the Sub-12HG is a bruiser with the soul of a poet. Using exclusively the lowest octaves in the human hearing range, this doesn’t rattle or hum, but seeps in with consistent low-end sound from the downfiring speaker and the back firing port that turns any room into an epic echo chamber. Purchase: $249

The app with EQ controls that comes along with the S10 isn’t even the niftiest part about it. Instead, it’s the BASH amp that throws in 200 watts worth of power, making the 10-inch Debut overcome it’s size for thorough, supportive sound with a wide frequency response that hits far below the belt for sound that rolls in like rich fog. Purchase: $250