22 Vintage Cars You Should Add To Your Collection 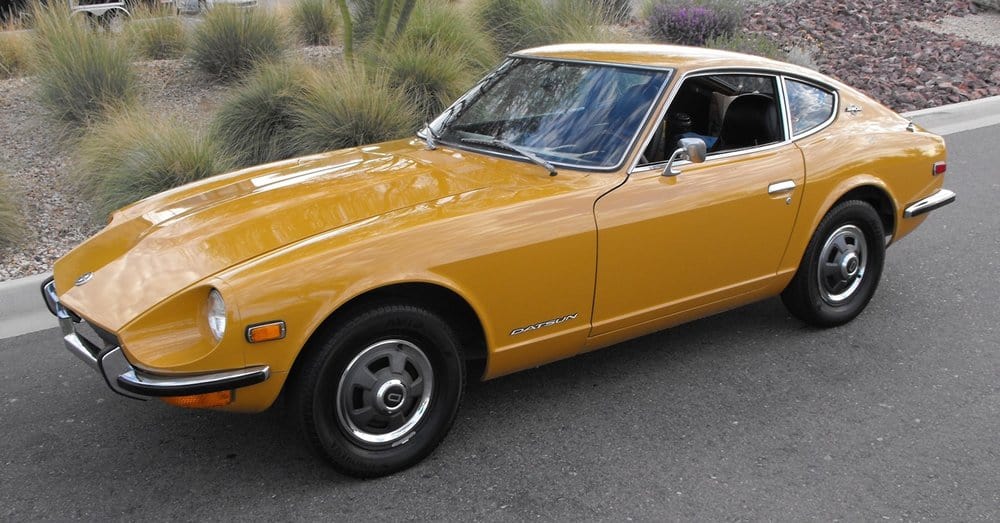 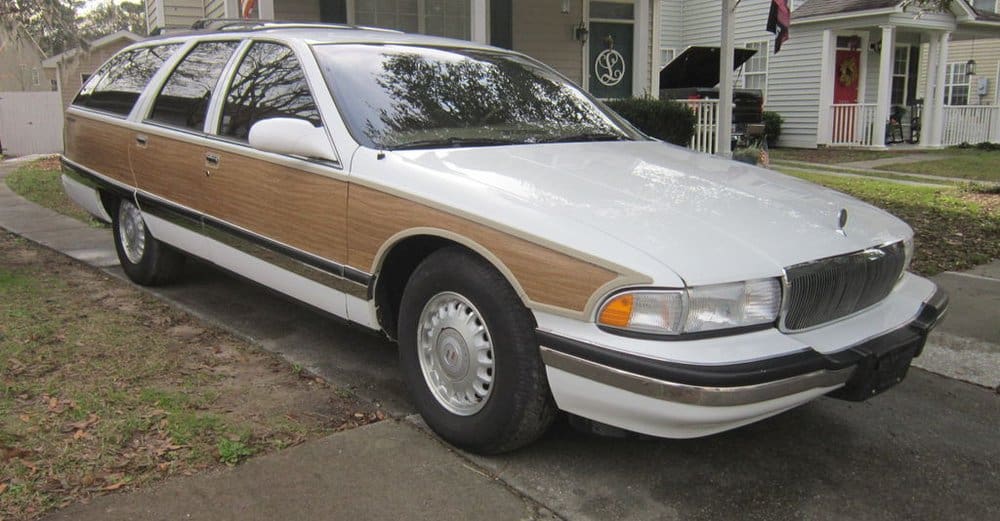 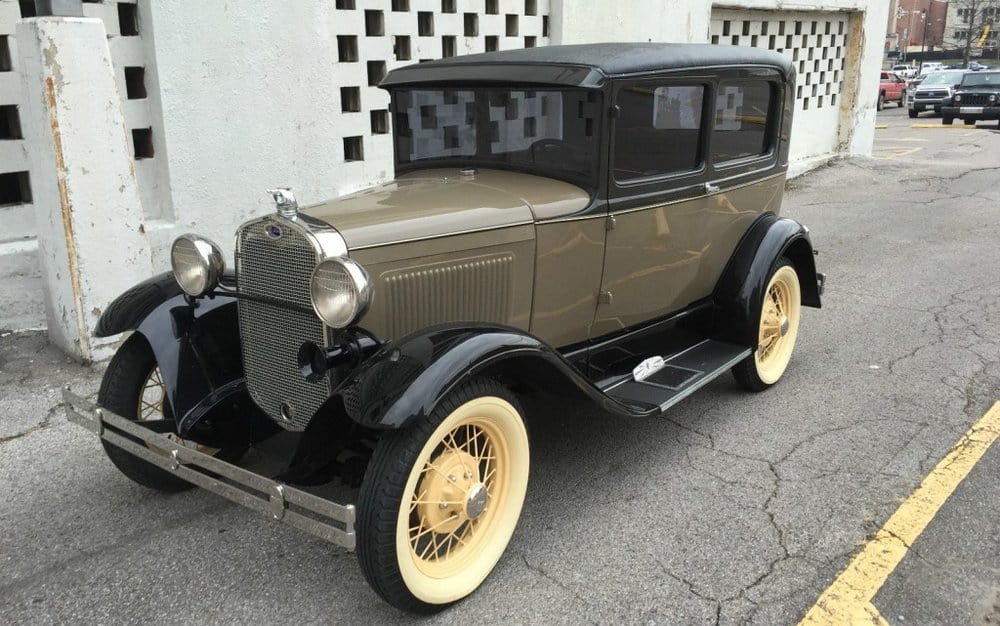 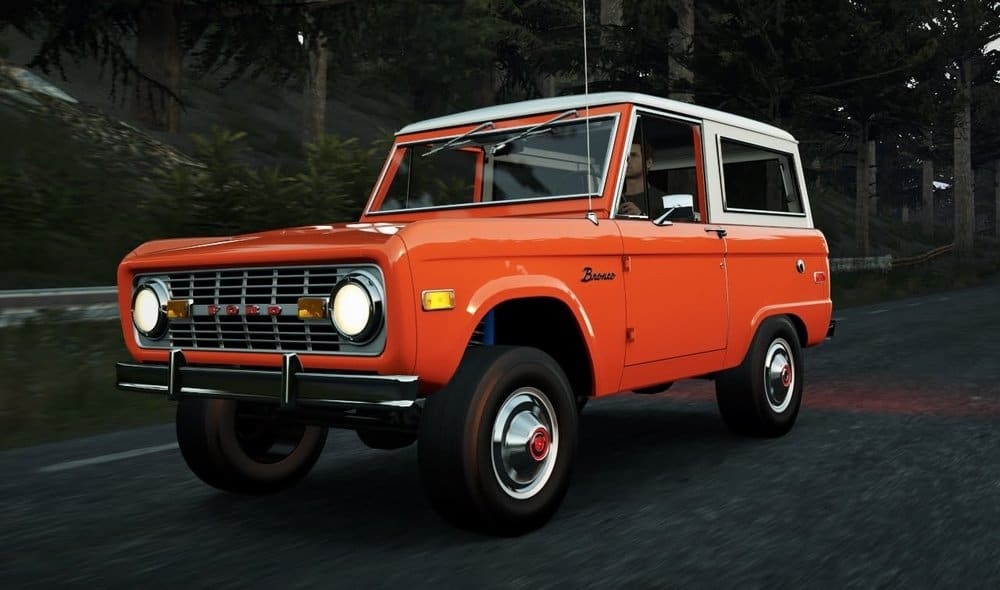 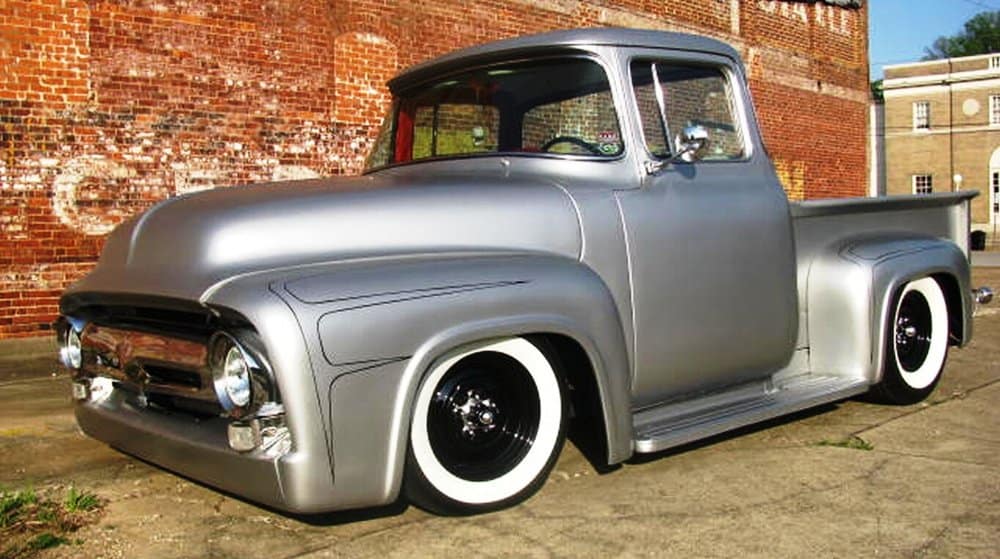 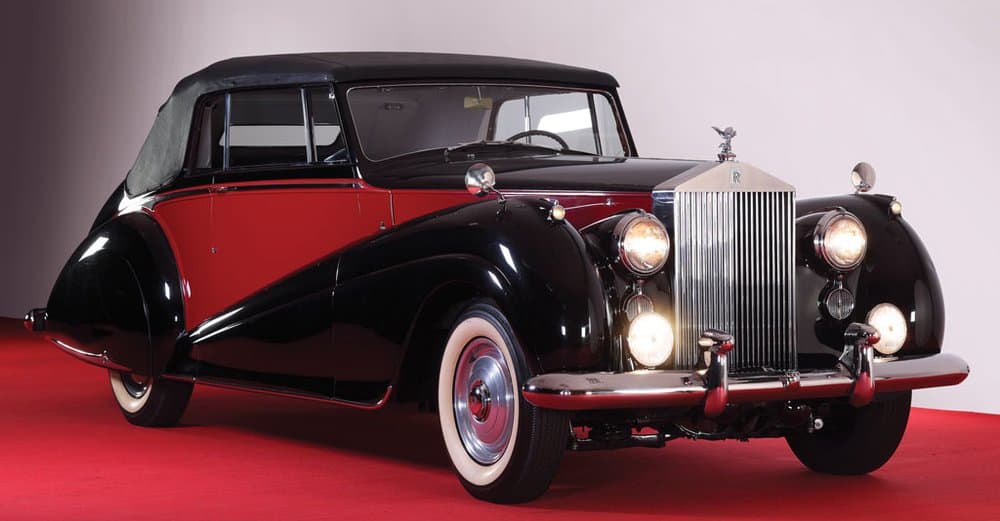 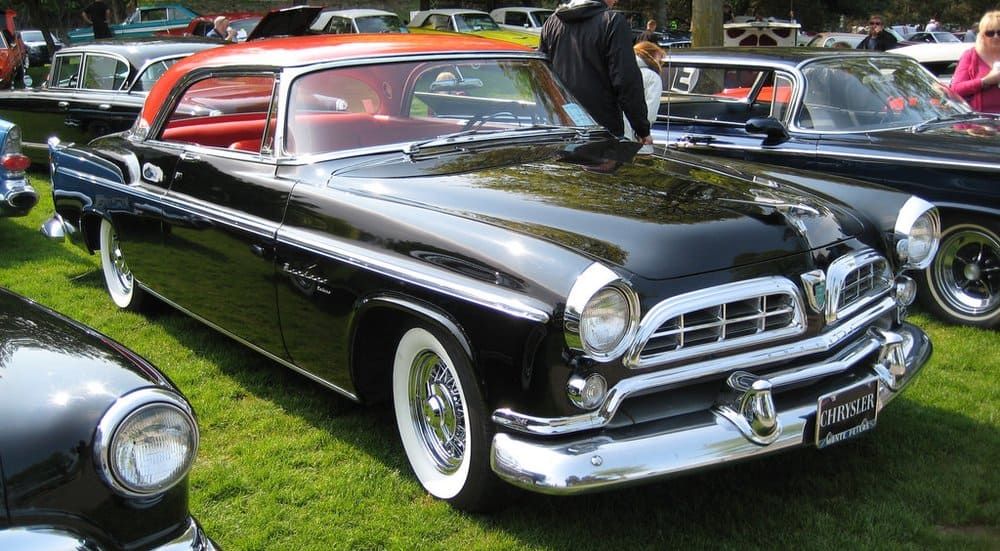 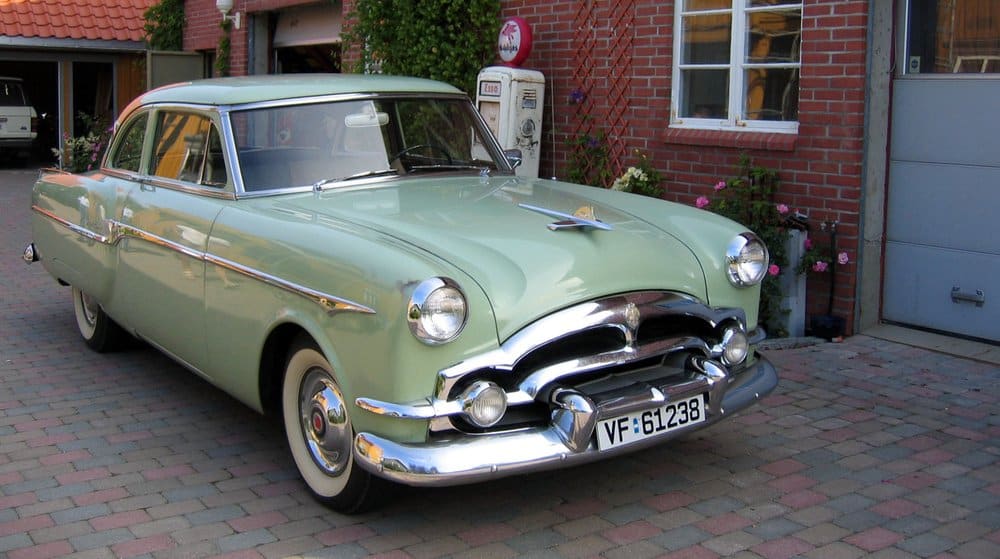 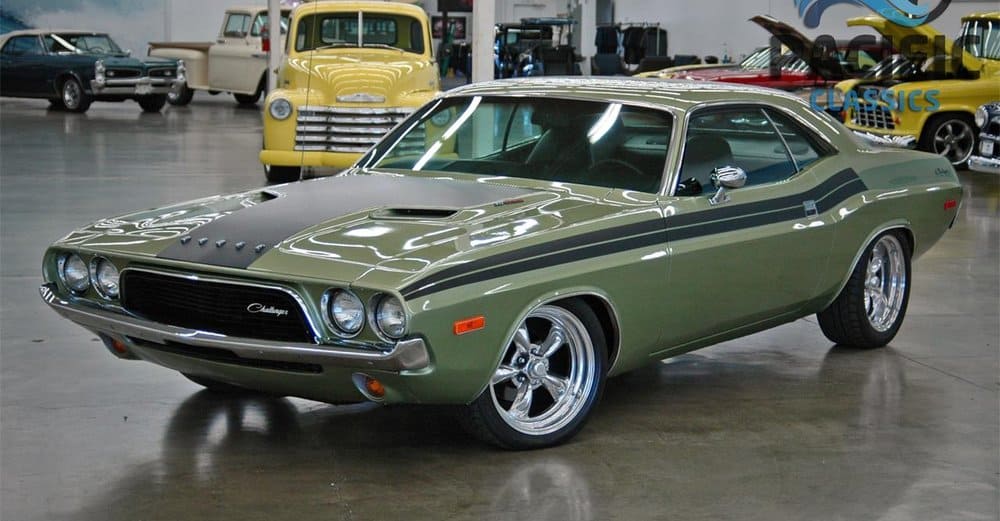 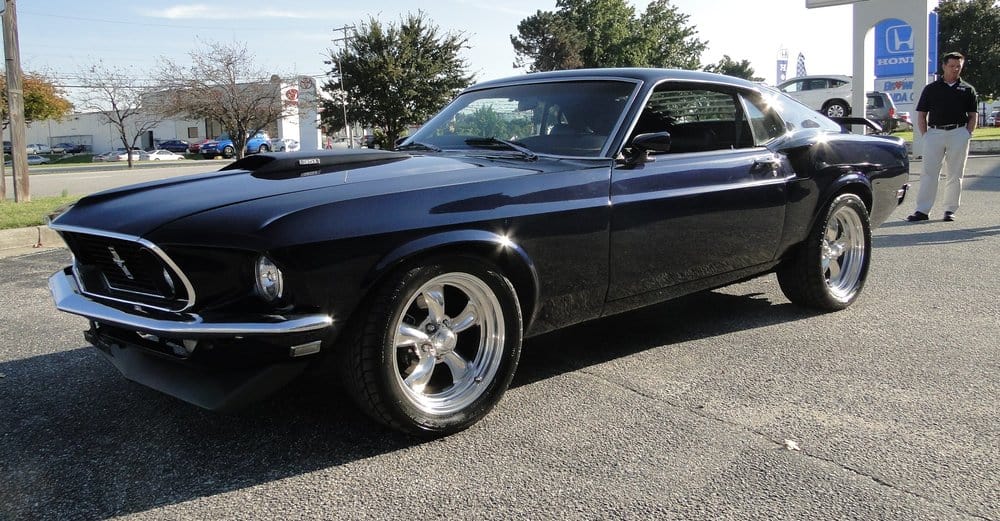 There’s not a gearhead or a gas-breather among us who wouldn’t love to have a heated garage full of classic muscle, old Phantoms, and luxury autos so full of chrome they would make a 1970’s street pimp green with envy. Unfortunately, getting a vintage car collection up to respectable proportions requires endless financial solubility, the countless manhours to track each piece down, and the means to move everything you buy from whatever barn or scrapheap it’s in back to your car compound. It’s enough to almost make giving up on old cars worth it.

There’s nothing like reliving the glory days of the automobile, and those who are serious about their vehicles know that the gentle, padded, fiberglass models of today are all well and good, but it’s the 8-miles-to-the-gallon beasts of the past that really hold the heart of what cars are, before they became little electric conveyances. For these muffler masters, here’s a few practical ideas for vintage cars that can be had for relatively cheap, aren’t impossible to find, and make an appreciable addition to any vintage car collection. You can start here, or use these to fill in the gaps you might have missed while you were out there trying to snag an old woody for your surf city reunion tour.

The original Japanese sports car, the Z had power to spare, being able to outperform Porsche’s precious 911 and school Jaguar E-Types in the rules of the road. Not only were they sporty and quick, but the insides were smooth and luxurious, adding in pomp to go with the power.

Once upon a time, Toyota wanted to branch out of the family sedan business where they typically make their bread and butter. When they did, the results were a masterful mix of smart engineering, quality aerodynamics, and precision gas burning, all in a frame that looks like an Italian roadster.

When you absolutely have to have strange yet awesome, nothing tops the Roadmaster. During the mid-90’s, these came outfitted with LT1 Corvette engines, which gave them more than a little power behind that big boat of a body. Easy to work on, and capable of coming with wood paneling, not only is this a sleeper of a purchase, but loads of fun to drive.

There’s not a bad year for a Spider, nor is there a particularly good one. These are always fun to work on and great buys as more of a project car than a collector’s piece. If you like playing with form and function, you might find this oddball to be an endless source of fun and enjoyment.

“Darth Vader, your car is ready.” Those words were the advertising scheme behind the masterpiece that is the red hot Grand National. Ready to race or just look amazing, few recognize the majesty to be had here, but those that do respect it.

The notion behind the first Lambo was to put a couple of seats into a chrome missile and see what happened. Certainly not budget friendly, but perhaps the apex of both style and performance for the era, you’ll get more than a few salutes if you go this route.

When people think vintage, they tend to eye performance vehicles built for running a quarter-mile at an insane rate. Instead, you can slow it way down with what your grandfather would consider a classic. Not much for speed, but when it comes to seeing how the humble auto came into being, this is the only fun kind of history lesson.

Quickly growing in popularity, post-war Rivs are some of the best designed cars ever made. You could opt for a ’64-’65 with the bitchin’ dual-quad carburetor rig, but it’ll drain your kid’s college fund. Go smart with the 1963, which promises to only appreciate, particularly if well-restored.

If there’s a time when a Ford Bronco isn’t a good idea, we haven’t yet experienced it. It’s the first sport utility vehicle, an off-roader that is more refined than a Jeep, with an urban commando vibe that is tough and timeless.

Italian sports cars are exotic, but also expensive to an unholy degree. The good news is that you can get that sweet Pininfarina design without all the hassle of picking up a Ferrari. Get a late 80’s Spider, with its easy-to-find parts, and you’ll be able to really make a runner or a show dog out of it, all for a minimal investment.

Perhaps 1991 doesn’t count as “vintage” but the definition is a little hazy. These were serious cars for serious drivers, so while you might not be getting more than a little Beamer flash, you’ll be able to sling out a lot of spry, adventurous miles out of an M5, making it good to have on hand for your own use.

There’s a reason that the showrunners at Supernatural chose this as the glory machine for the Winchester brothers. It’s as American as bald eagles and big burgers, purrs like a beast, runs like an enraged bull, and comes in all the colors of the rainbow…covered in black.

Pontiac has died off, which usually means their cars will receive a bump in price. That hasn’t happened to the market yet, so snap up a GTO while the gettin’ is good. Similar to big block Chevelles of the same era, the GTO has the same throaty horror under the hood, but costs far less than its Chevy counterparts.

Old trucks are yummy when it comes to the restoration fan, and earn their own kind of respect when shown around. You’ll get neither speed nor performance here, but a highly stylized body that sets the stage for every modern pickup on the road.

Though buying any Rolls is going to set you back, the Dawn Drophead is a unicorn likely to fetch a king’s ransom. Only around for a few years in the post-war era of the late ’40’s and early ’50’s, having this around means you’re among the most discerning collectors around.

Vintage elegance made during a time when size mattered, there’s miles of space to stretch out, relax, or house a family of 6 comfortably. Forever appreciating in value, and a million-dollar looker, this is luxury from the era when they knew what opulence meant.

The AMC muscle car to have on hand, the AMX is still gaining fans as more wrenchers look back at how deadly fast these fiends really were. You can get the more expensive Go Package with the 390 cubic-inch engine, but even grabbing the slightly stripped down V8 will give you a bulky bicep to go into your muscle lineup.

Part of the renaissance of cars from the 50’s, Packards are well loved the world over, so you’ll never be at a loss for buyers should you put a little sweat equity into your purchase. Parts are easy to find and the club for this car is super supportive, making parts easy to wrangle or rustle up.

The only Grand Prix that matters, this is a beefy hunk of American muscle you can really flex. Easy to find, easy to work on, easy to get parts for, it has the same 389 cubic-inch engine as the GTO, but you can often get one for half as much.

Some will tell you to go with the Barracuda from Plymouth. Those people are wrong. A fun car to have, but a terrible one to try to sell, get this for your own fun and enjoy.

Can you go wrong here? Nope.

Same as with the Mustang: You have to work to screw up a Camaro from this era. So don’t bother. Just enjoy.