8 Cast Iron Skillets That Will Outlive You 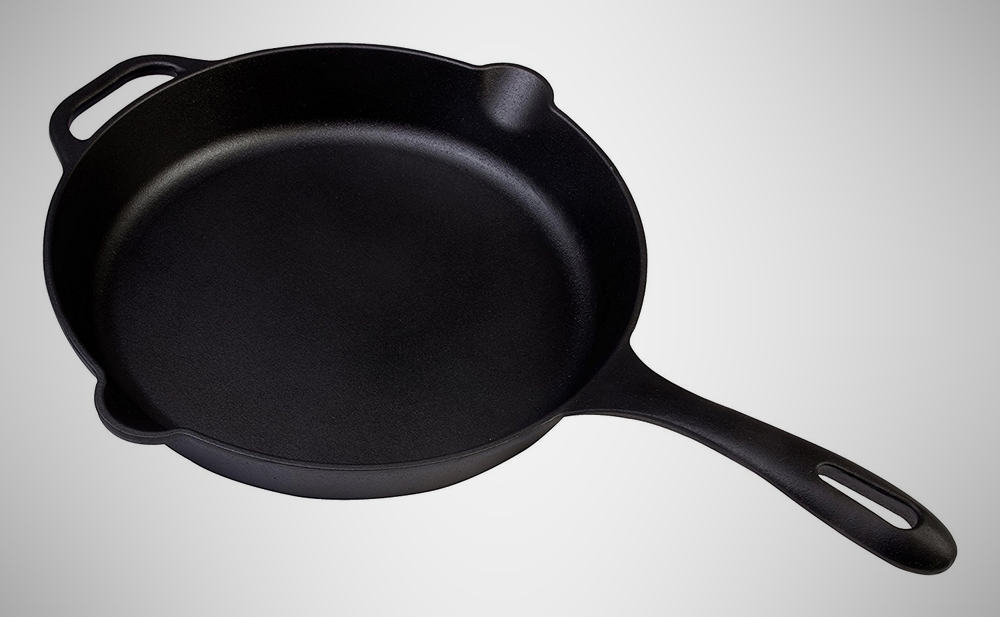 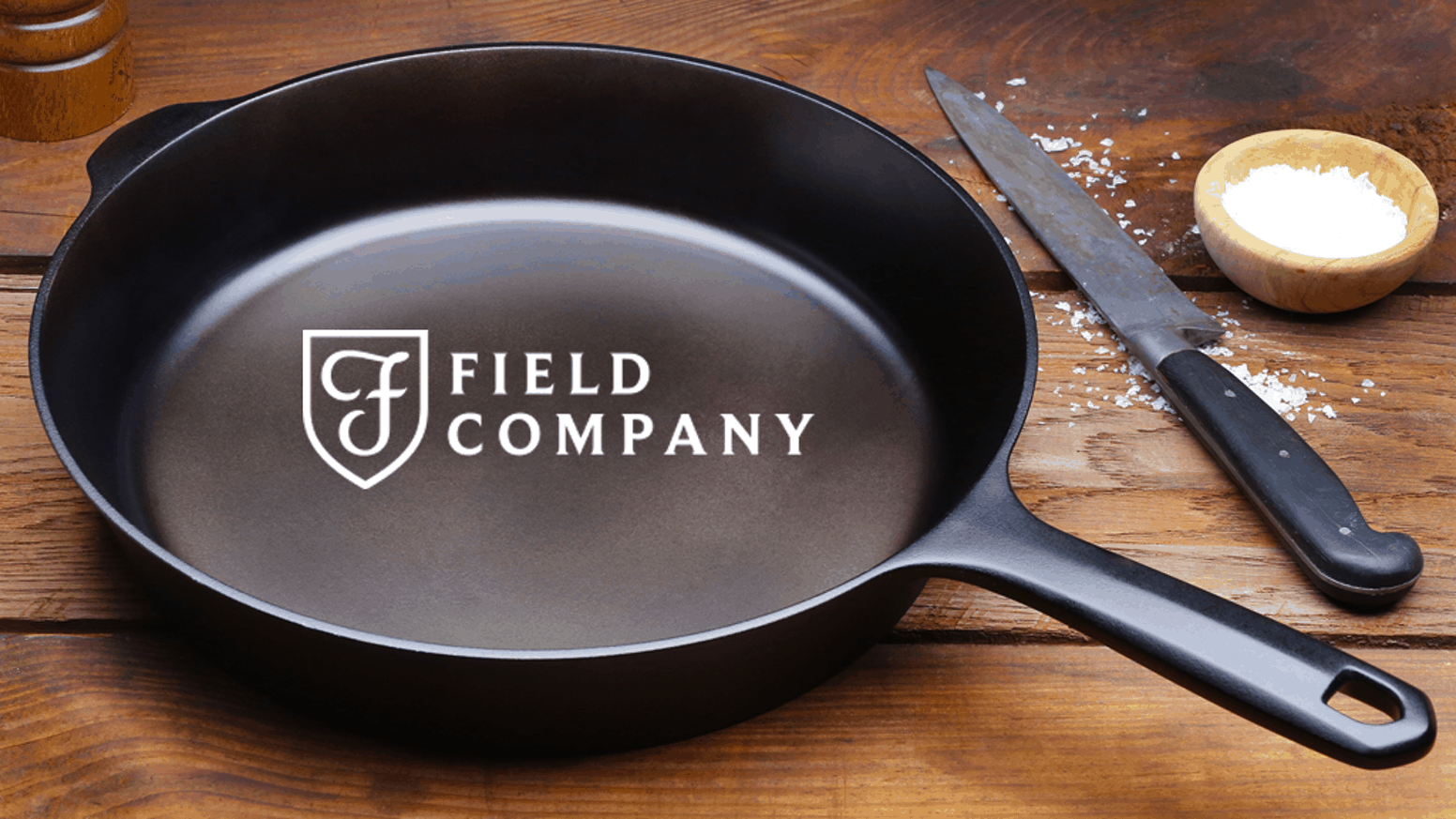 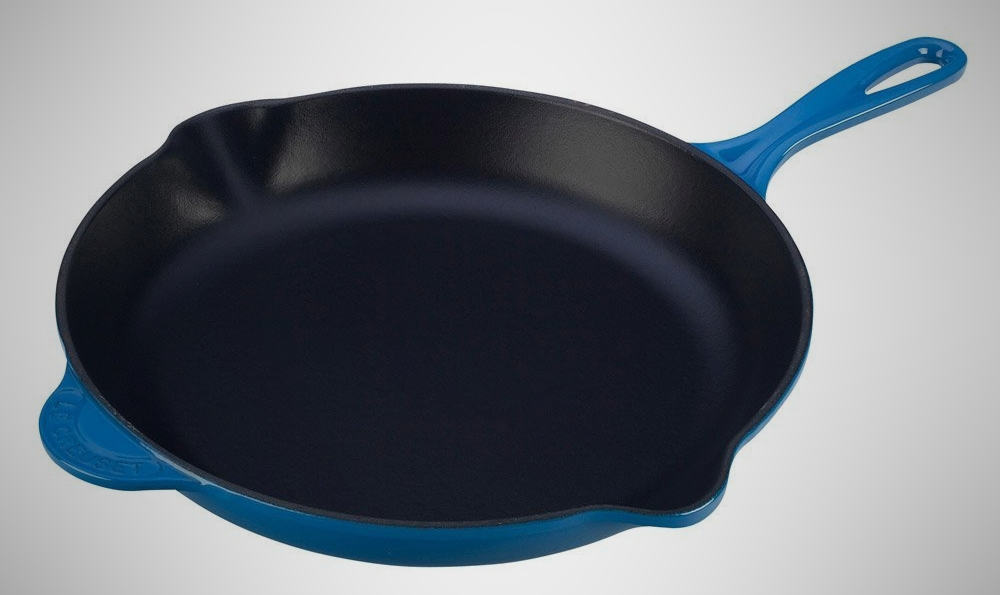 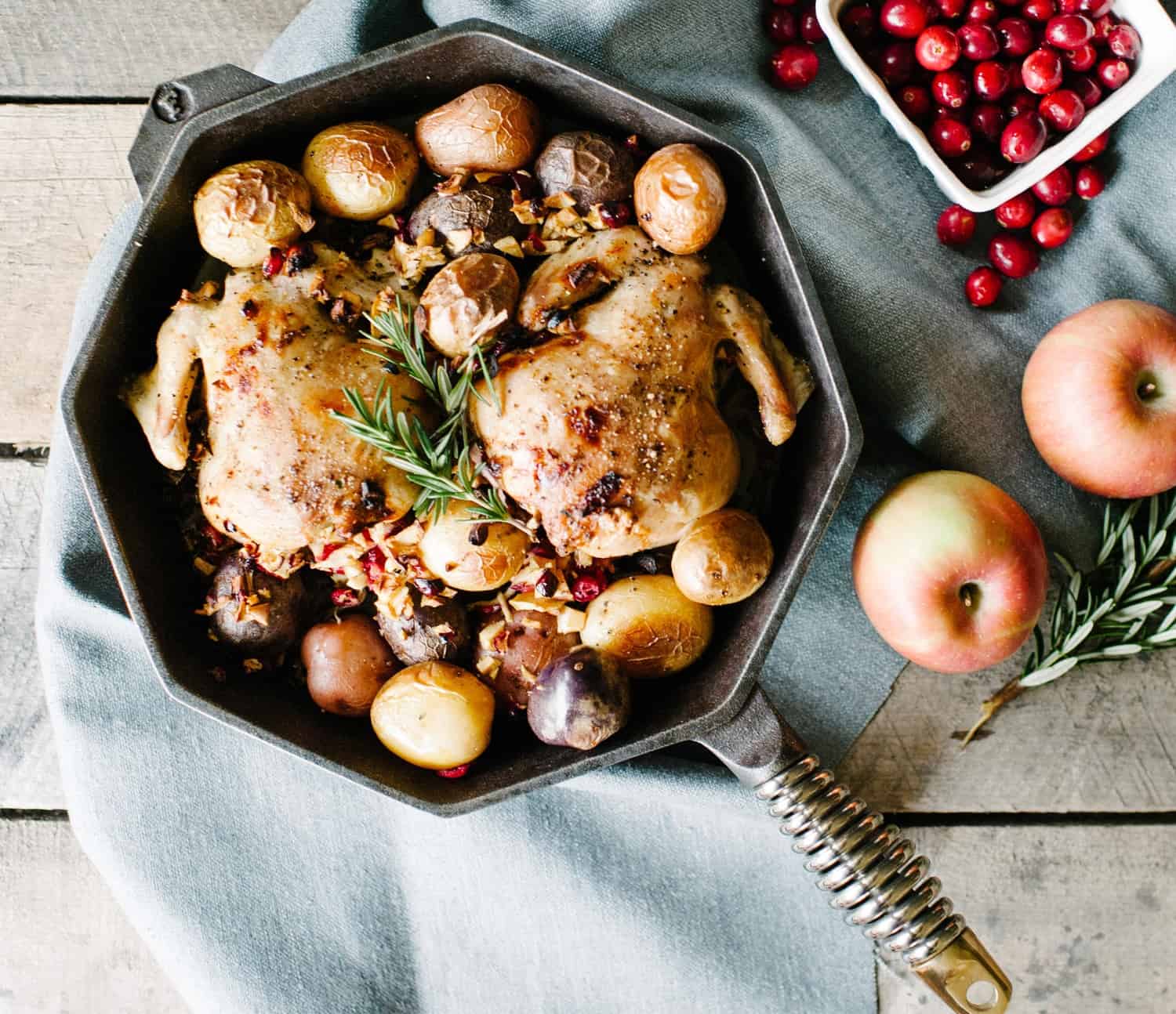 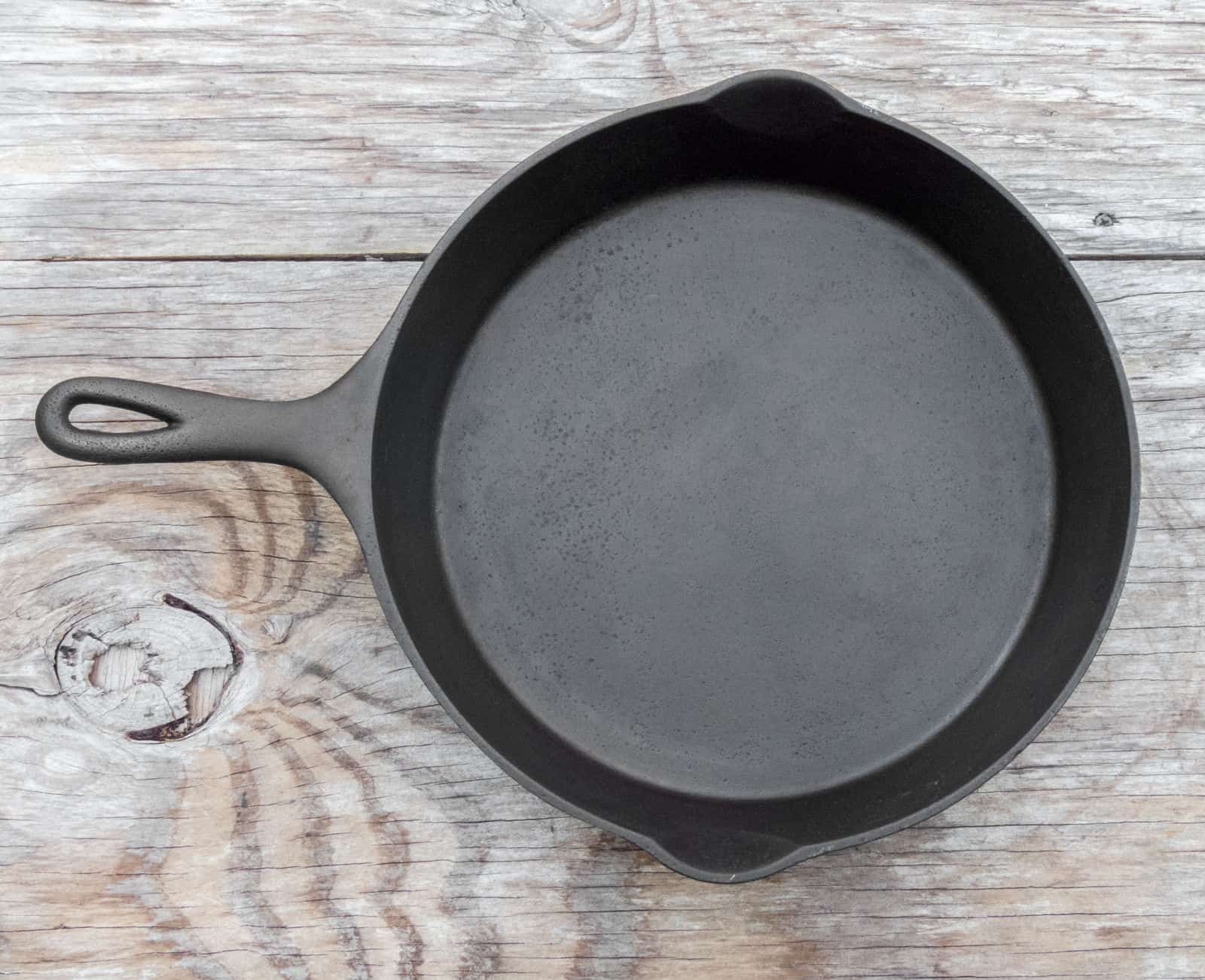 To those who cook…to hell with that; to anyone who has an oven, stove, or burner range in your home: Get a cast iron skillet. Cast iron has been used since the west was overrun by the white man and many of the exact same items that were used back then will work just as well today with a little smart cleaning and good seasoning. These durable pans conduct heat evenly so you avoid hotspots in your meal or scorched areas on your pan-fried Cajun catfish. They last for literal lifetimes, are mostly impossible to break, and with a little tender loving care will give you all the non-stick goodness of a pan coated in whatever strange carcinogenic mixture is most popular, without any negative side effects.

Cast iron skillets all seem the same, and to a certain degree, they are. Cast iron is a crude, rough material that doesn’t have the same nuance as steel, because it isn’t a composite metal. It’s iron that comes right from the Earth and is then worked by either blacksmiths or machines into the desired shape. Skillets of this type are sometimes melded with steel, and always have additional carbon folded in, but even this process is fairly rudimentary as far as metalworking goes.

If you’re planning to get a skillet, the items to consider are how big the cooking surface is, so that you can fit more food onto it and have extra space to maneuver it around. Flipping eggs or flapjacks is far easier on a big skillet than a small one. You’ll also want to look at the balance of the handle(s) and how easy it is to move the pan around. Cast iron is heavy, so a bad handle could mean dropping hot grease onto yourself, which isn’t traditionally fun.

Also on the grease notes is that any meat you cook on a cast iron skillet is going to produce hot fat that you’ll want to pour out. The best skillets have pour spouts set onto the sides so that you can do this easily. These too should be larger, since that allows you to aim the mouth better and avoid any messy mishaps.

If buying a skillet new, you can look for those that have a smoother bottom on the inside, as these will be easier to cook with right off the bat, but even a rough skillet can be made right with the proper seasoning.

A Note On Seasoning

All modern cast iron skillets come pre-seasoned, which allows them to be used right away with varying degrees of efficacy. If you’re buying a used skillet, or going the antique route, you’re going to need to do a little of your own seasoning. Seasoning means searing materials onto the pan so that it doesn’t stick. With proper care and seasoning, all cast iron skillets can work well for cooking. It’s changes in the design of the pan itself that make one superior to another.

Those who can’t resist making bacon the way the good lord intended, in a pan, will want to pick up this big option from Victoria. It has the most contoured pour spouts, which means you can get every drop of grease from the pan to the can without losing a drop. It also has a cooking surface bigger than 10″, and sides that are extra sloped which can squeeze even more into it without having it slop over. Just go in knowing the factory seasoning is going to need your help to make it shine like the more expensive options. The other hole in the design is the long handle, which makes it feel even heavier than it is and makes moving it unwieldy. Purchase: $19

Among modern cast iron skillets, Lodge tends to reign supreme. It works like a champ right out of the box, requiring little to no seasoning by the end user yet able to release crepes and fried eggs without sticking. Gently sloped sides and a 10″ cooking area make moving a spatula around easy, while decent pour spouts will let you direct most grease out with minimal drips escaping. Where the Lodge brand really shines is in the handles, which are big and well-balanced on both sides for an excellent grip. It’s one of the heaviest options around, but that comes from the big helper handle which gives you a lot of surface area to grab for flawless two-handed control. Purchase: $27

Attempting to change the way people think about cast iron, Field Company has created an excellent piece of hardware that’s lightweight and has an extremely smooth cooking surface, which cuts sticking to a minimum and distributes heat fairly evenly across the entire area. It’s also several times more expensive than other options, and lacks some major features in favor of its contemporary look and feel. No pour spouts on either side – which the company claims is “better” despite causing many more grease spills than those with the arches – make draining the pan inconvenient. It has a streamlined handle that is comfortable to hold, mostly because of the lightness of the pan itself, though it needs a helper handle, especially when trying to pour with the spout-less sides. There’s also a waiting list to get it, meaning you’ll be both overcharged and inconvenienced, but it is a truly fashionable cast iron option. Purchase: ~$100

The most notable choice on the market for enameled cast iron cookware, Le Creuset has a lot of major selling points, from big pour spouts to a chunky second handle that you can really wrap your fist around. It’s also easier to clean than any other choice with the enamel preventing any sticking whatsoever; though seasoning often creates the same effect on any piece of cast iron over time. Pretty as a picture and long-lasting, the enamel also enhances the ability of cooking highly acidic foods without worrying about damaging the pan’s seasoning or having a little iron seep into your food – though this is almost never harmful. Purchase: $190

Like Field Company, Finex is trying to reinvent the wheel, and it makes an interesting, if not particularly compelling case. The intent is to devise a skillet made in the old style with novel flair. The smooth bottom certainly doesn’t stick, though that slipperiness extends to the stainless steel handle which is bulky, gets dangerously hot despite claiming not to, and is hard to hold onto. If it were outfitted with a grippable helper handle, this would be ameliorated, but the nub on the side hardly does the job. The angular sides bear all the sticky texture of machining, and while made to help make pouring easier, are inferior to a set of spouts. While that’s a lot of strikes, it’s still a good pan that cooks evenly and releases well, so long as you can overcome its many hurdles and daunting expense. Purchase: $195+

The Big Three when it comes to antique cast iron skillets, you’ll need to educate yourself on how to buy these, since they’re antiques that are only available on the secondary market. They are made in the classic style and have deeply machined interiors that make your baby’s bottom seem like rough terrain. Gorgeous heirloom items that rarely leave the family, these are glossier than anything you’ll buy today, but also cripplingly expensive due to their rarity. In practice, they’re only marginally superior to a well-seasoned and smartly cared-for pan off the production line. Expect to pay many hundreds per item, unless you can find one at a thrift shop that doesn’t know what they have.