If you ever decide to take the road less traveled, a dirt bike will make all the difference.

You see, when the ancient spirit of adventure calls, you never know where she’ll lead you. And let’s be real, the allure of hitting dirt, gravel or loose rocks on two wheels is really strong even for the most chastened folks.

Electric powertrains are a thing now, and dirt bikes have not been left behind.  Imagine instant acceleration, smooth power delivery, a quieter ride, and zero emissions! Everyone who has tried an electric dirt bike will tell you that it is as good as it sounds.

If you’re ready for instant torque and a fair amount of adrenaline, wear your helmet and hold tight because we are about to give you a ride on some of the best electric dirt bikes on the market today.

How to Choose the Best Electric Dirt Bike

Electric dirt bikes are not created equal. Here is a list of some of the most important traits to consider when buying a bike.

Just like gas-powered dirt bikes, electric bikes come in different flavors. Some come with puny motors and low capacity battery packs, while others rock drives so powerful they can only be tamed by experienced riders.

The former best suits young, inexperienced, or relatively light riders. This is because the low power output makes for an easier learning curve.

But if you are no stranger to the road, you’ll want to go for one of the higher-powered rides. You will, however, still need to allow yourself some time to get accustomed to the instant torque, especially if you’ve not been on an e-bike before.

The range is the distance you can cover on a single charge. This depends on a variety of factors, chief of which is the capacity of the battery pack.

Your riding style (hard vs. light), motor size, and power requirements are other factors that will be at play here.

Manufacturers will usually display an estimate of the bike range, so pay attention to these estimates before deciding on what to buy.

The weight of a bike significantly influences its dynamics and its ideal rider. The general rule of thumb is that the heavier you are, the heavier the bike you should get and vice versa.

This rule, however, doesn’t hold true in all situations. Advances in material science, for instance, now allow for light bikes to support high loads.

In addition, adjustable suspensions now allow you to tune your bike’s dynamics to your exact liking, regardless of your weight.

However, it is best that you try out a bike before you buy it, or at least check its weight and compare it to other bikes you are comfortable with.

This way, you’ll adapt faster and without the need for too many tweaks and/or modifications.

The 7 Best Dirt Bikes you Can Buy Today

It doesn’t matter whether you are young or young at heart; if you want a thrill, we are giving it to you like you’ve never had it before. The following are some of the best dirt bikes you can buy today.

KTM is one of the biggest names in motorsport, with successes in road racing (MotoGP), Supercross, and Motocross. 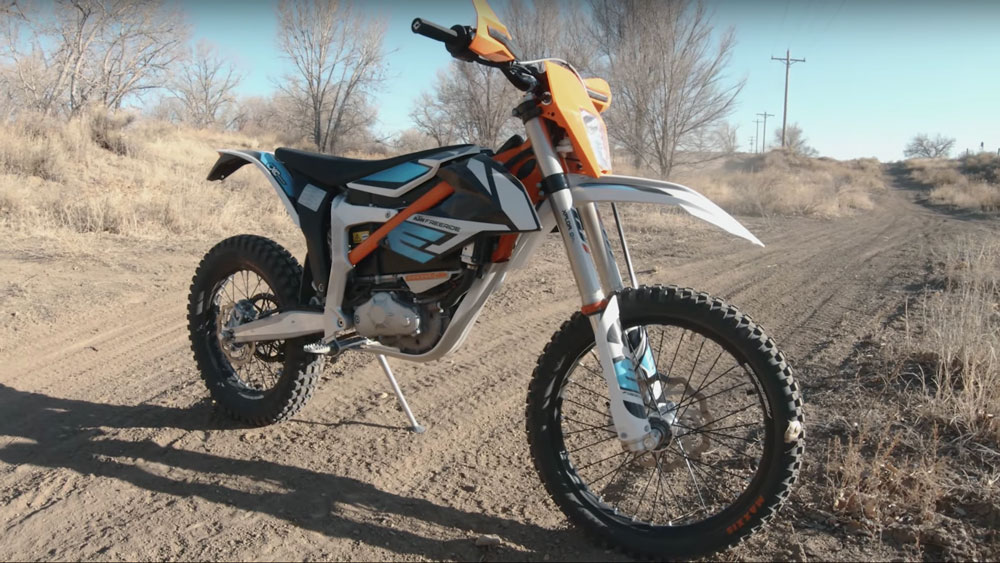 They forayed into the world of electric dirt bikes with their Freeride E-XC, which features a permanent magnet synchronous motor that makes up to 18 kW and 30 lb-ft of torque.

The E-XC is clutchless, which allows for the rear brake master cylinder to be mounted on the handlebar, making it easier to initiate a drift.

The formula brakes will help control that drift, with 260mm discs at the front and 220mm units at the rear.

The 43 mm WP Xplor fork at the front has 250mm of travel. The rear, on the other hand, is adorned by a WP PDS Xplor damper that offers 260mm of travel. Each setup is adjustable, though you may not need to since the seat is only 900mm high.

Cake, a Swedish company, is a relatively new entrant into the electric bike arena, but you need to relax because you are in good hands. 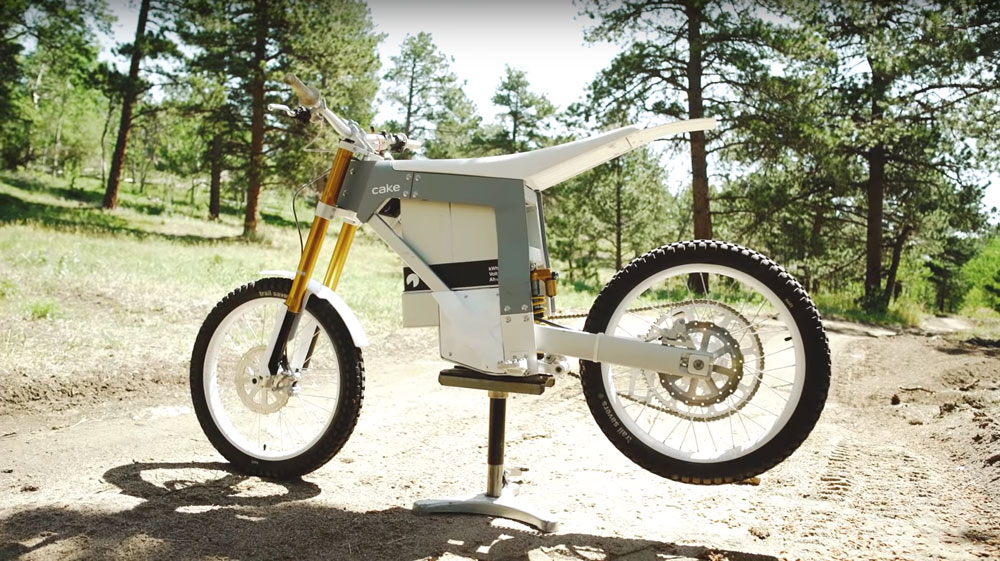 The Kalk OR (off-road) is an amalgamation of mountain and moto bike, packaged in an unmistakably Scandinavian design. Everything from the large sprocket on the rear wheel, to the large boxy area under the seat, to the two knobs and four LEDs on the handlebar is built for efficiency.

The 12 tooth front sprocket combines with the 80 -tooth rear sprocket (we said it was large) for an output of 206 lb-ft of torque, a figure that many four-stroke engines do not reach.

Battery packs are swappable, although, as is usually the case with electric bikes, the replacement is likely to cost you a tidy sum.

Don’t forget; there are three power modes you can choose from.

Power mode one, Explore, limits acceleration and the top speed to 29 mph. Mode two, Excite, lifts some of the acceleration limits, significantly increasing sportiness. Excel unleashes the full fury of the motor.

The Zero FX is an electric dual-sport motorcycle-basically a dirt bike with a license plate.  It’s a sleek thing with distinctive sharp lines and futuristic looks. 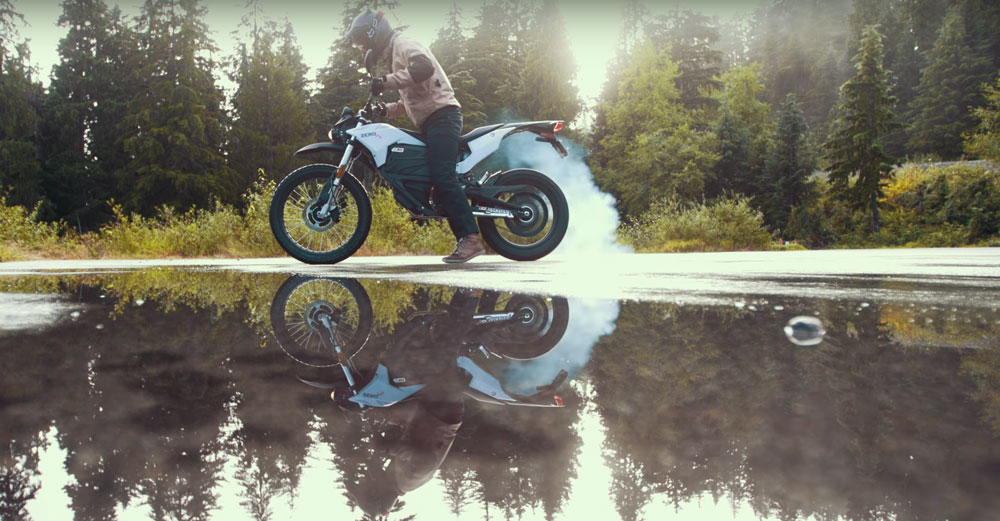 This bike makes 78 lb-ft of torque, which might not seem like much compared to some of the other bikes on this list, but is more than the Ducati Panigale 959 makes.

If you get a little too ham-fisted on the throttle, however, the instant torque will be comparable to a clutch drop from 8000+ rpm.

The power modes rectify this, though, so you don’t crash into someone’s truck on the freeway gridlock.

You should get about 91 miles of range in the city and 39 miles on the highway. The reason for this is that due to regenerative braking, riding in start-stop traffic actually recharges the battery more than highway riding.

The bike can get to 85 mph, which is impressive given that it weighs more than 265 pounds.

Despite the fact that Alta Motors closed shop more than a year ago, the Redshift MX lives on as one of the best electric dirt bikes there is. 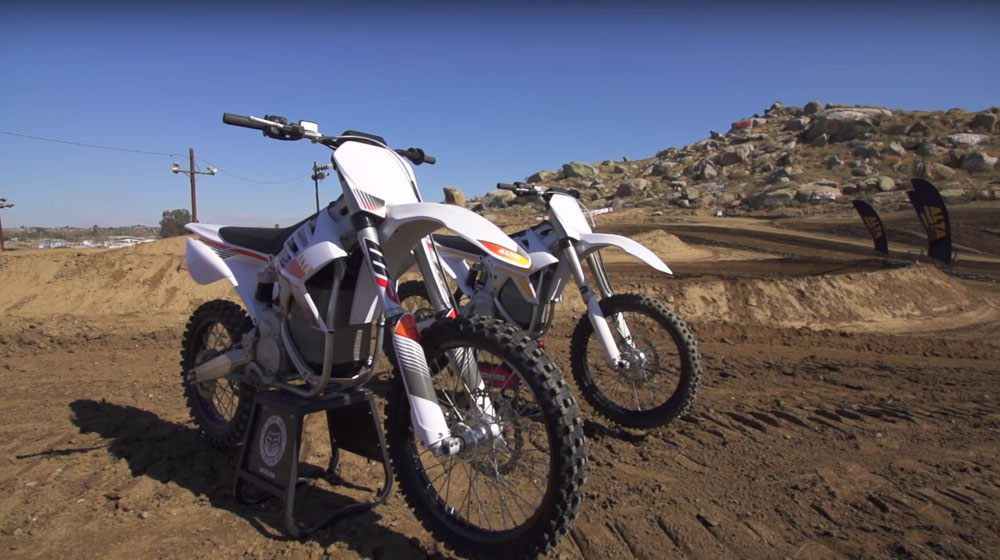 Admittedly, there’s nothing too spectacular about the Redshift MX’s looks, but you will be getting high ground clearance and beefy tires. All 42 horsepower and 120 lb-ft of torque are available on tap, although the delivery will depend on what power mode you’re on.

There are four of those to choose from, namely Eco, Sport, Performance, and Overclocked.

Eco mode is the mildest, designed for beginners, those getting themselves accustomed to the bike, or when limping the bike home after a riding session.

Power delivery is smooth but quite obviously muted because of the preference for the economy. Sport mode kicks things up a notch, performance mode bumps power up even more, and overclock breaks all the horses loose.

It is important to note, however, that as you go higher up the modes, you get lower battery life, which is why the fastest mode is estimated to only last you 30 minutes.

WP forks adorn both ends of the bike, with each fork offering full adjustability. And a pair of Brembo calipers will hastily and confidently bring the 249-pound machine to a stop.

Which is important since this bike is really fast.

Designed and built in Europe, the FreeRider is Kuberg’s flagship bike and is available in two motor options.

A lot of its parts are sourced from mountain bikes, including its MX-inspired seat, the Manitou Dorado front fork, and the Burner RB-RCP rear shock.

Under the seat is a 22.2Ah trapezoidal lithium-ion battery pack. Ninety minutes will get the pack from 0 to 80%, and in 30 more minutes, the pack should be completely full.

Directly in front of the pack is the motor controller, while beneath it is the motor itself. As mentioned above, you get a choice of two drives, an 8kW (11hp) motor or a 12kW (16hp) motor.

Kuberg says the 79-pound bike should top out at 24 mph and that you should get at least an hour of ride time when riding at full throttle.

203mm discs at the front and rear provide the excellent stopping power, and the 20 –inch Maxxis Creepy Crawler tires will provide excellent grip in all situations.

Bultaco has, for a long time, been known for trials bikes. They were very successful in that category with eight world titles and four Scottish six-day trials to show for it. 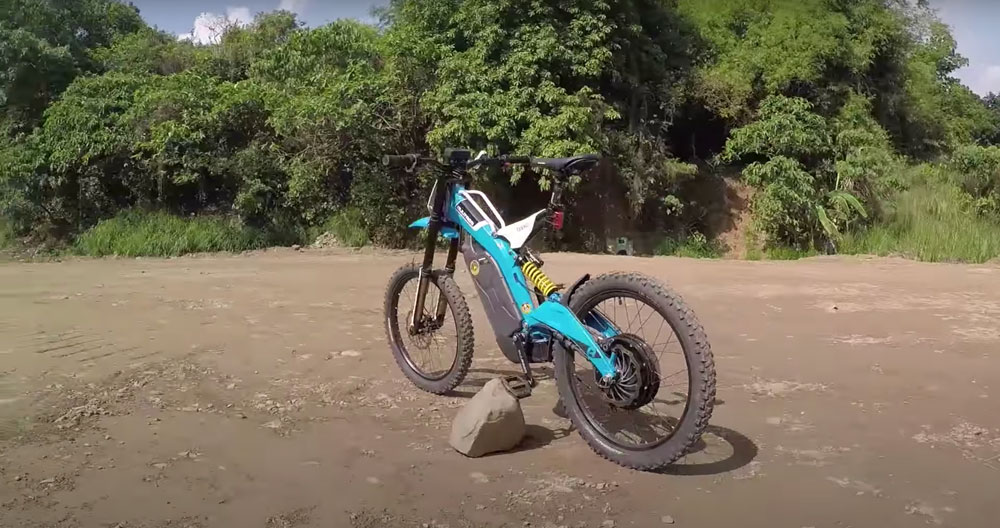 Having gone underground for a few decades, they have now been reincarnated as an electric bike maker. We must mention the Bultaco Brinco R here, a refreshing blend of mountain and dirt bike.

The Bultaco has pedals that are completely independent of the drive system so you can choose to power the bike yourself, use the throttle, or combine both. Just like a mountain bike, you can change the gearing ratio on the fly using the bike’s epicyclic gearing system.

Bultaco also added a power control feature that works a lot like your car’s cruise control.

It allows you to consistently maintain one power level with the same amount of thrust, removing the need to use the throttle.

At 86 pounds, this bike is not too heavy, so you can easily pedal back home when its battery pack runs out of juice.

Jeep is one of the latest carmakers to enter the electric bike market (after Skoda, SEAT, and GM joined the electrified two-wheeler game). 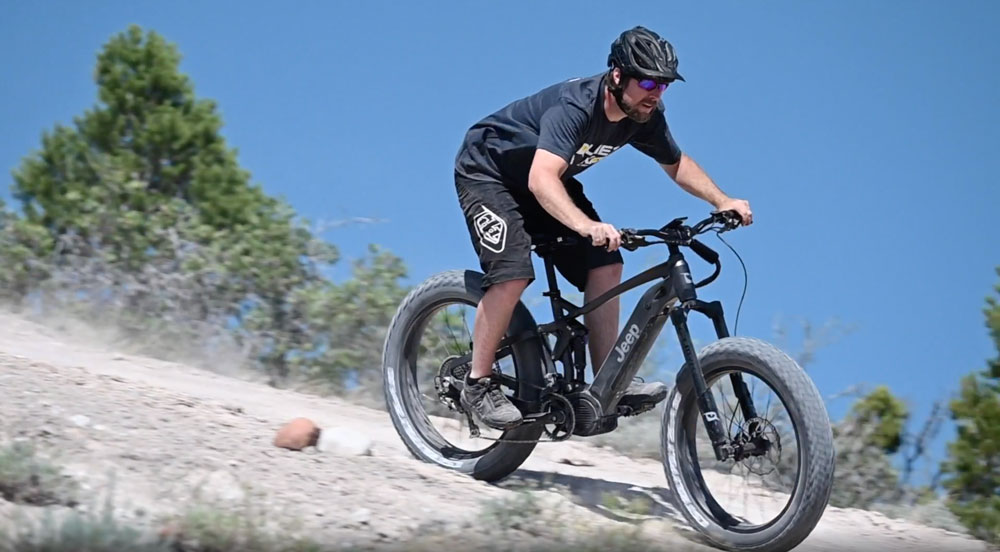 They partnered with QuietKat, and in true Jeep fashion, the bike is incredibly capable off-road. At first glance, it doesn’t look like a typical dirt bike- what with the pedals sticking out of the sides, the spindly frame, and the overall un-dirt-bike like looks- but do not let that fool you.

At the heart of the Jeep,e-bike is the mind-blowingly powerful Bafang Ultra mid-drive motor that makes 118 lb-ft of torque, a number that’s well within compact car territory.

Although that mill has been known to make up to 1.5kW of power on other bikes, Jeep has seemingly down-tuned it to 750W, presumably to keep the bike road legal.

A 14AH, 48v battery pack can run the bike between 30 and 60 miles. The bike also sports a 9-speed Shimano setup, which once again points to a mountain bike as opposed to a dirt bike. But as said before, this bike is at home on a mountain trail as it is on a dirt track.

QK custom Inverted air fork keeps the ride fairly smooth while the fat tires and the 88 pounds of weight make for an easy ride in and out of the badlands.

Who says that we can’t have the best of the present without harming our future? This is what electric dirt bikes promise; speed, thrill and all without the guilt of carbon emissions.

There are those who choose to see the limits, but if you have never sat on an electric dirt bike, you wouldn’t understand why many of us swear by them.

Take the example of the Cake Kalk OR. While it could cost over $13,000, you get a three-hour runtime, which could accommodate anything from jumping obstacles to ripping the trails. And the bike only weighs half of what motor cross bikes weigh.

The KTM Freeride E-XC is good enough and doesn’t cost as much. 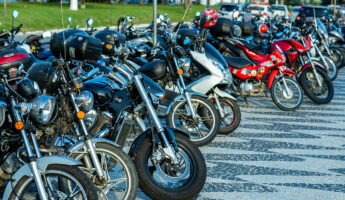 Bikes
The 16 Supreme Electric Bicycles for Commuting Without a Car
TheCoolist is supported by our readers. When you buy through links on our site, we may earn a commission. Learn more.