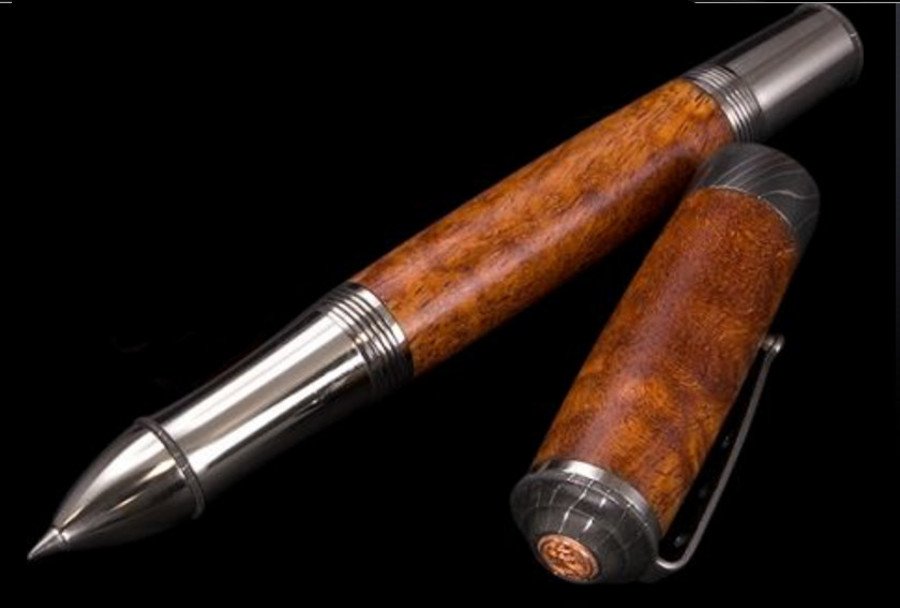 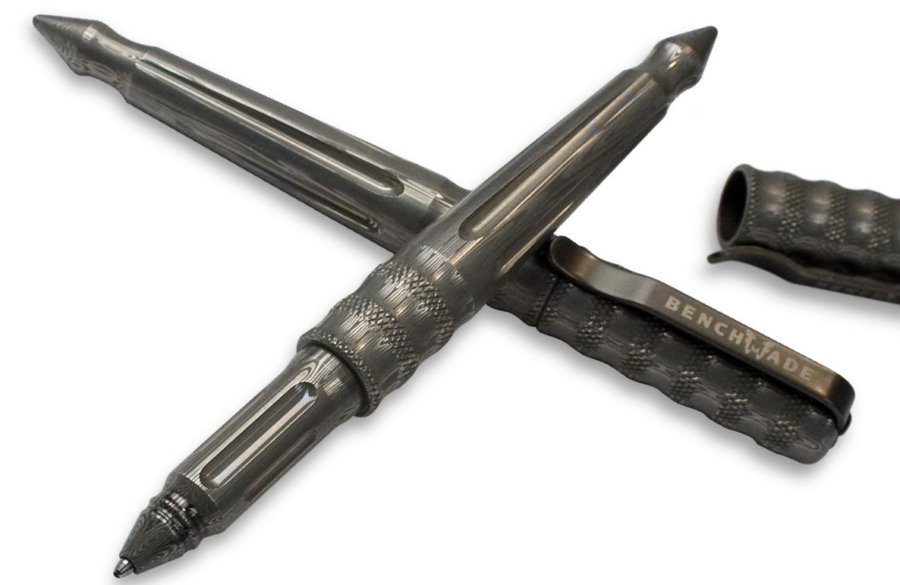 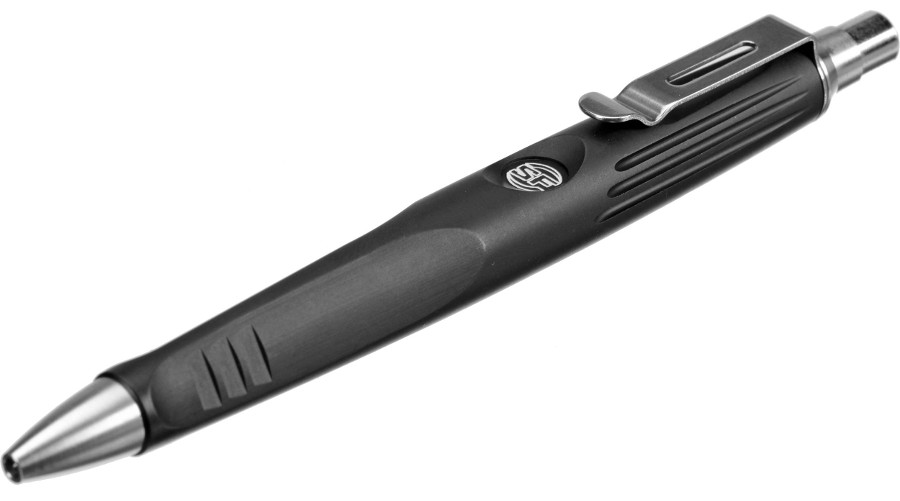 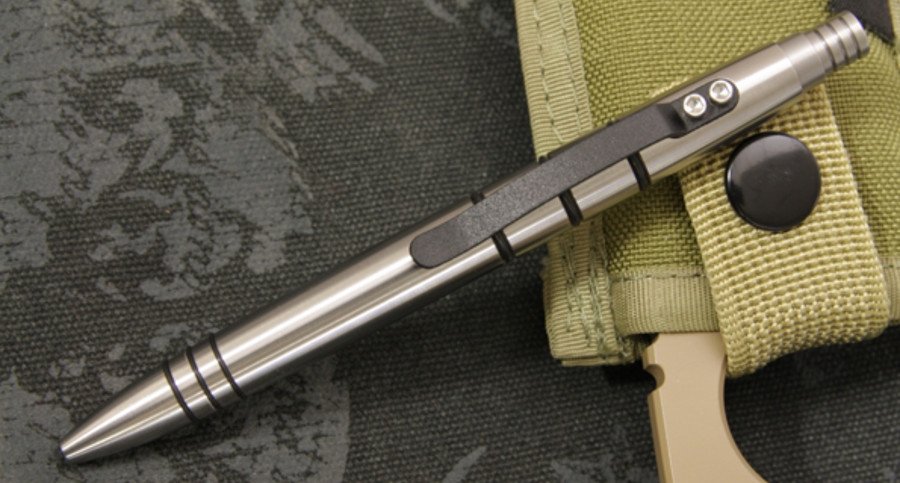 Tactical pens were formerly under the strict purview of military personnel who were operating in hot zones and needed a pen that was also a weapon. Eventually, the tactical consumer market caught on to the usefulness of these pieces, and they are now available for anyone to purchase.

On the surface, they seem harmless enough and operate the same way as any other pen; but their bodies are crafted using carbon fiber, kevlar, steel, and titanium. They go all the way out the other side of heavy-duty to bear the distinction of being truly hard core. When it comes to a scratching, biting, clawing brawl, or survival in the elements, these are the next best thing to a knife.

Built to be, quite literally bombproof, here are the 16 best tactical pens:

Waste Not: There’s a difference between inexpensive and cheap. Valtev’s work is not costly, so you can keep a few handy if you tend to lose them, but it is not cheap. Parker or Space Pen refills will fit it for writing, and the aircraft aluminum only requires a strong jab to give an attacker pause, or let a dangerous person know you’re grimly serious.

Silver Well: The first in a pair of similar items from Schrade, these writing utensils are built for defending the downtrodden, on a budget. The SCPEN6S bears a bright sheen due to the silver T6 anodized aluminum build that is capable of withstanding extreme conditions without oxidizing and extreme pressure without breaking. It can compete with items twice the price, with ease.

A Fountain Stirred: A mass production multiple-choice pen shouldn’t be this capable, but Schrade seems to have cracked the code. The outside is 6061 T6 aluminum that has been CNC machined for its distinctive look. The inside is your choice of ballpoint with stylus, whistle tip, or an actual tactical fountain pen. All come with glassbreaker/self-defense tip for striking.

Send to Darkness: The T6061’s aircraft-grade aluminum is balanced for comfortable writing and comfortable combat while the finger ridges make it difficult to rip from your grip. It uses Parker basic refills, and if you clench it into your fist, it delivers a solid right cross that is sure to drop any bar room brawlers in need of a thrashing.

What Light: Under Control has crafted a sleeper with this innocuous marvel. Made of black aluminum through and through, it bears a quaint LED light along with a reasonably aggressive bezel that does not suffer fools lightly. It disappears easily into pockets or palms, and works as a DNA catcher should you need to go to the police after fending off an attacker.

Sanctuary of Prudence: Tactics aside, the draw of this pen is the large, comfortable body that gives you a lot of surface area for gripping and ripping or penning your most secret thoughts. Easy on arthritic hands, yet deadly enough to be used by many deployed personnel, this is an EDC gem in CRKT’s crown.

Quoth the Raven: Black on black, the TWI01 (Tactical Writing Instrument 01) is built with recon field use directly in mind. The lack of reflection comes from anodized black aluminum, so there’s no treatment or powder to chip or wear away. It stays true black until the day the enemy takes you out of commission; after it’s defended you honorably from a wave of foes.

Live Free or Die: It sounds like a novelty, but it certainly is not. This pen is for the escape artist or the outlaw who prefers to live by his own rules, even when chained to a radiator. A true pen with CNC machining, there’s a sly secret to be had in the form of a tactical handcuff key and push pin. With a little practice, it’s a clever way to write your own get out of jail free card.

Hope is Swift: Forget the combat aspect to it, the Impromptu is just an incredible pen. You don’t need to be entrenched to appreciate it, but if you are, you will. It uses Rite in the Rain ink cartridges which aren’t fazed by water, snow, boiling heat, or the four horsemen. The Impromptu is best if you plan on making a shopping list during armageddon.

The Ultimate Sophistication: Most tactical pens favor aluminum due to its light weight and resistance to rust. Instead, the Embassy is for the combatant who has become a leader of men. Made with brass or stainless steel, it’s as heavy as a roll of dimes, as sturdy as The Duke, and as timeless as black. Despite the elegance, it refills with common Fisher cartridges; proving it’s practical under all that glitz.

Hues of Bliss: Tuff-Writer is a company devoted to bringing gear to the scribe whose job requires going behind enemy lines to get the real story. Their stuff is field tested by those who actually use it, and nothing gets past their QC without taking some licks. Small, stainless, and hard to break, the mini click is professional elegance for the guerilla writer.

Angles are Attitudes: Just because a person wears a suit to work doesn’t mean they don’t want a deadly serious piece of aerospace anodized aluminum in their hand. For urban survivalists, and those that just want a weighty and intimidating piece of office hardware, the Surefire IV is prepared for boardroom brutality. With a Schmidt easyFLOW 9000, it’s also ready to sign.

No Moral Stature: As beautiful as it is potentially dangerous, this combines a Brian Fellhoelter bolt action pen with some of Triple Aught Design’s know-how. The result is a 100% Titanium fighter or writer that will never accidentally deploy. The same way a bolt action rifle is simplistic, so too is the movement of the TiBolt’s tip. There’s no mechanics to clog, just a bolt to slam home and writing to be done.

A Natural Death: Like the best assassins, this piece from ZT is allocated a serial number, not a name. It’s clearly built for efficacy with a fully 3D machined body, O-ring snap cap, titanium body with glass breaker end, and a tip that doesn’t retract; instead acting as either a fine writing implement, or a cruel method of attack.

Sympathy in Choice: As was the case with Gerber and CRKT, some knife manufacturers know how to make a pen that is ready for flying into the fray. Combat ready in your pick of aluminum, damasteel, or titanium, these are pens, but they’re a Benchmade product first; and the quality is undeniable. Clearly from a maker of bladed tools, these can do enormous damage, or write for hours with limited fatigue.

Warrior Poet: It looks and behaves as a proper pen should when in mixed company, but when pressed, this proves that it has aerospace grade titanium to spare, along with a mixture of other mysterious alloys. Put it to the test and you’ll find as much grit as there is grace in the Merlot.