14 Theatre Plays That Are Actually Enjoyable To Read

Theatre is a dying art. In an age where fewer and fewer people are going to see movies in theaters, opting to watch Video On Demand, stream, or download their entertainment, the notion of going into a darkened theatre to watch actual people perform an actual play in real time seems as outdated as gathering the family around the old transistor radio to listen to episodes of “The Shadow.” Though seeing plays live is actually a marvel that far exceeds the processed, homogenized, over-edited schlock of most scripted TV shows, and is thousands of times more interesting than any “reality” television you suffer through, it’s nearly as good to read the plays at your leisure.

Reading plays is often easier than reading books, since there’s far less of those clunky words that describe how moonlight fell across the chaise lounge, and a lot more rapid-fire dialog. Many of us got burned on plays in high school when forced to muddle through endless recitations of Shakespeare’s tiresome and overblown works (which he probably didn’t even write), but there’s far better stuff to be found than The Bard’s iambic nattering. Here’s 14 examples of excellent plays that are quick and fun to slap your eyes against.

The Importance of Being Earnest by Oscar Wilde

A comedy farce by the razor-witted Wilde, Earnest is about a man who devises two separate identities to allow himself to live both as he chooses and in the manner dictated to him by society. It looks heavily and hilariously at the masks each of us wears to fit in, while we seek to pursue the life we truly want. Purchase: $3

Rosencrantz and Guildenstern Are Dead by Tom Stoppard

The two titular characters are lesser players in Hamlet. Here they are more fully explored in a surreal way, wherein they’re constantly being muddled about by strange, unknowable forces. It’s a powerful message about our own lack of agency in our lives as we’re whipped from place to place, and life to death entirely by people, places, and things far out of our reach. Purchase: $12

A sometimes sad and always strange piece, Exiles is widely considered Joyce’s worst work, though time has shown that the tale of the confusion that comes with unrequited love has great staying power. Mostly focused on a man’s confusion about whether or not he spent a night of passion with a woman he adores, it’s an inquiry into how we never seem to truly know our friends, partners, or lovers. Purchase: $10

Made into a film called “The Big Kahuna” this dialog-heavy piece begins as a witty exchange that begins to turn darker as the motives of three salesmen come into the fore. Religion, death, honest love, and loyalty to our employers are all themes that get challenged as the trio of characters clash. Purchase: $13

Revenge, madness, and staying true to your own desires, even when the entire world is against you run throughout this play. It’s one of the least dragging of Shakespeare’s works, and has plenty of bloodshed to keep things spicy. Purchase: $4

A family raises their deaf daughter only to speak and read lips. Then the girl meets someone willing to teach her sign language and open up a whole new world. Going beyond what can be found in The Miracle Worker, Tribes shows how our families all mangle us with their well-meaning idiocy. Purchase: $9

A look at the sometimes twisted world of the judicial system in action, it’s also a psychological study in human nature. Though the jury is initially happy to sentence a young man to die, often based on their own biases, it soon becomes clear the difference between duty and personal feelings. It also shows the many pitfalls inherent in a “jury of one’s peers.” Purchase: $10

In a quest for power and knowledge, a scholar reaches out to the demon Mephastophilis, to whom he offers his soul in exchange for inhuman abilities. Though supernatural, it shows the doubt and moral compromises that come with anyone who wants to take the easy road to greatness, and the price of power. Purchase: $3

Death of a Salesman by Arthur Miller

A man haunted by regrets, pride, and his own ego slowly degrades into madness, all while punishing and pushing away the people who love him most. A savage indictment of refusal to know one’s self, chasing foolish dreams while squandering real opportunities, and those who seem unwilling or unable to love, it’s as much about the toxicity of the American dream as it is a reminder to be grateful for what we have. Purchase: $9

A Man for All Seasons by Robert Bolt

The quintessential example of a man being forced to tell truth to power, this follows the plight of Sir Thomas More as he decries the dissolution of marriage by the infamous Henry VIII, and the formation of the Anglican Church. Ultimately, his own integrity leads More to be killed for treason. Though it takes place more than half a millennium ago, the choice to sacrifice one’s morals to save one’s life or livelihood are facets of life all of us face. Purchase: $10

The Theory of Everything by Prince Gomolvilas

Seven Asian-Americans meet atop a Vegas wedding chapel in a search for aliens in the skies above them. When aliens appear, it begins to call into question what it means to be human, what it means to love, and what it means to belong in a world that too often tells us to reject ourselves and give up on our heart’s desire. Purchase: $10

Many marriages or romantic couplings begin as lovely dreams, then degrade into two-sided warfare, as shown in this apt display of how love cannot conquer our own bitterness if we choose to indulge ourselves and renounce our partner for the dubious pleasure of proving ourselves “better” than them. The bladed side to romance is explored in depth, in a tableau that’s likely all too familiar to far too many couples. Purchase: $10

Angels in America by Tony Kushner

Impossibly complex with themes of religious repression, sexual denial, and an absentee God, Angels looks largely at how refusing to be one’s self in the name of following imaginary “rules” set forth by either humankind or the divine can lead to betrayal of both, and death after a life filled with pain. Purchase: $12

God of Carnage by Yasmina Reza

A pair of couples meet to discuss a playground attack between their sons, but the kindly civil discussion rapidly degrades into a hideous, violent, turbulent battle as the genteel social constructs fade away to reveal that at heart, all people are cruel, violent, basal beasts capable of unthinkable cruelty. Purchase: $10

At World’s End: Survival Gear Essentials For Anyone 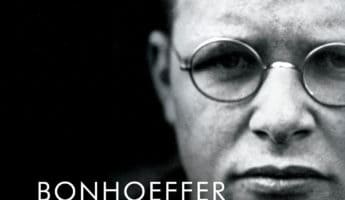 Build Your SmartHome: 18 Best Smart Gadgets That Work With iOS 10