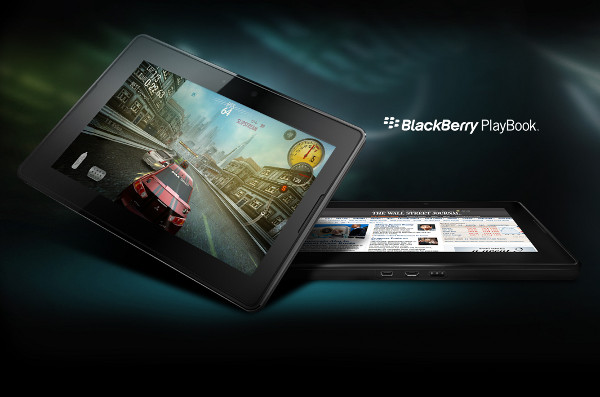 After months of suspense, RIM has officially tossed its hat into the tablet market with the Blackberry PlayBook Tablet.  The Blackberry PlayBook is a 7-inch LCD tablet that RIM boasts as the “fastest tablet ever”, in addition to the world’s first “professional” tablet.  Before us Apple fans get up-in-arms about those claims, let’s take a step back and see just what RIM has in store for the tablet world.

The BlackBerry PlayBook is, as mentioned, a 7-inch LCD tablet with a 1024 x 600 WSVGA display and capacitive multi-touch control.  It’s powered by a 1-GHz dual-core processor and 1GB RAM, making it a step up from most netbooks on the market.  It’ll play back 1080p HD video from the web or an included HDMI connection, and use a BlackBerry OS that is largely inspired by WebOS technology.  The company touts the BlackBerry PlayBook as a gaming-friendly device, capable of rocking quite an immersive, high-quality gaming environment.  But this is BlackBerry, a company familiar to the business world, who may not easily adopt a gaming platform in corporate minutes.  Surely RIM has business intentions for this device?

Yes.  The BlackBerry PlayBook is a productivity monster like the BlackBerry handhelds of history.  It’s built for conferencing, featuring a face-to-face feature set similar to iPhone 4’s FaceTime technology.  The BlackBerry PlayBook (we’re getting a bit tired of these editorially-necessary TradeMark Capitalizations) includes a front-mounted 3MP camera and a rear mounted 5MP camera.  Users can interface with other PlayBook or BlackBerry handset users, making text conferencing a thing of the past.  If you’re in business, you can connect with other BB folk in seconds as long as they’re equipped with a BlackBerry unit with a camera.  Pretty sweet, huh?  Not for those of us who work at home in our boxers.  If TheCoolist’s ad rep calls to talk Q1 2011 ad campaigns, they might think they’re getting into a game of ChatRoulette.  Yes, I AM happy to see you, FederatedMedia!

First impression?  Awesome.  We admire the Apple iPad, but competition makes for consumer-friendly advancements.  Let’s hope that BlackBerry can tap into its corporate userbase and sell the hell out of this thing.  It’ll force new advancements by Apple and other manufacturers, and ultimately, we consumers win as a result.  If BlackBerry can’t move many PlayBooks, it might just be a death knell in the face of Android and the iPhone/iPad.  Good luck RIM, you’ll need it.  With a product like this, you’ve already garnered quite a bit of luck to start. 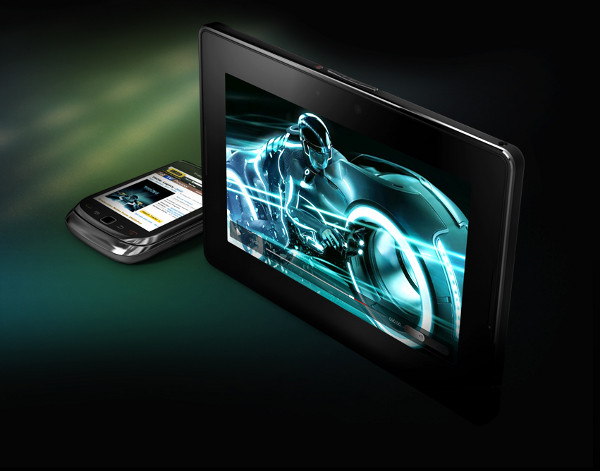 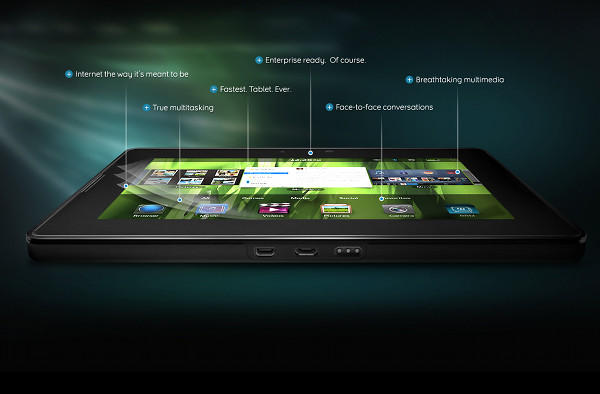 Gadgets
Touch and Go With The 11 Best Tablets

Cameras
Pinhole Photography: 10 Paper Cameras For Photograph Purists
TheCoolist is supported by our readers. When you buy through links on our site, we may earn a commission. Learn more.
Let's connect
What’s Hot
Join TheCoolist
100% free, unsubscribe anytime.