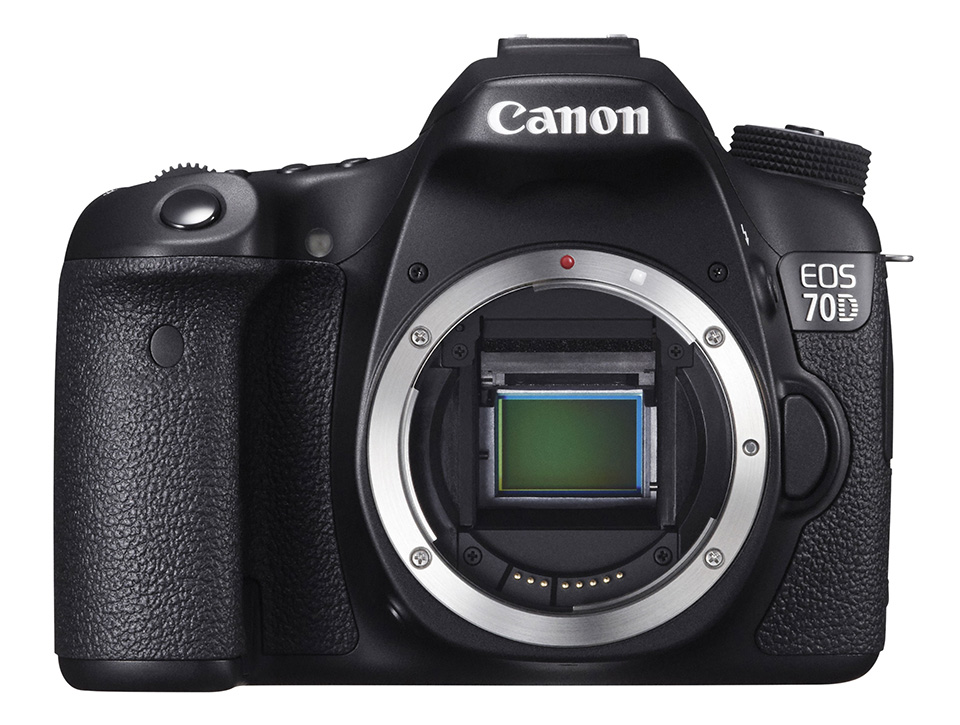 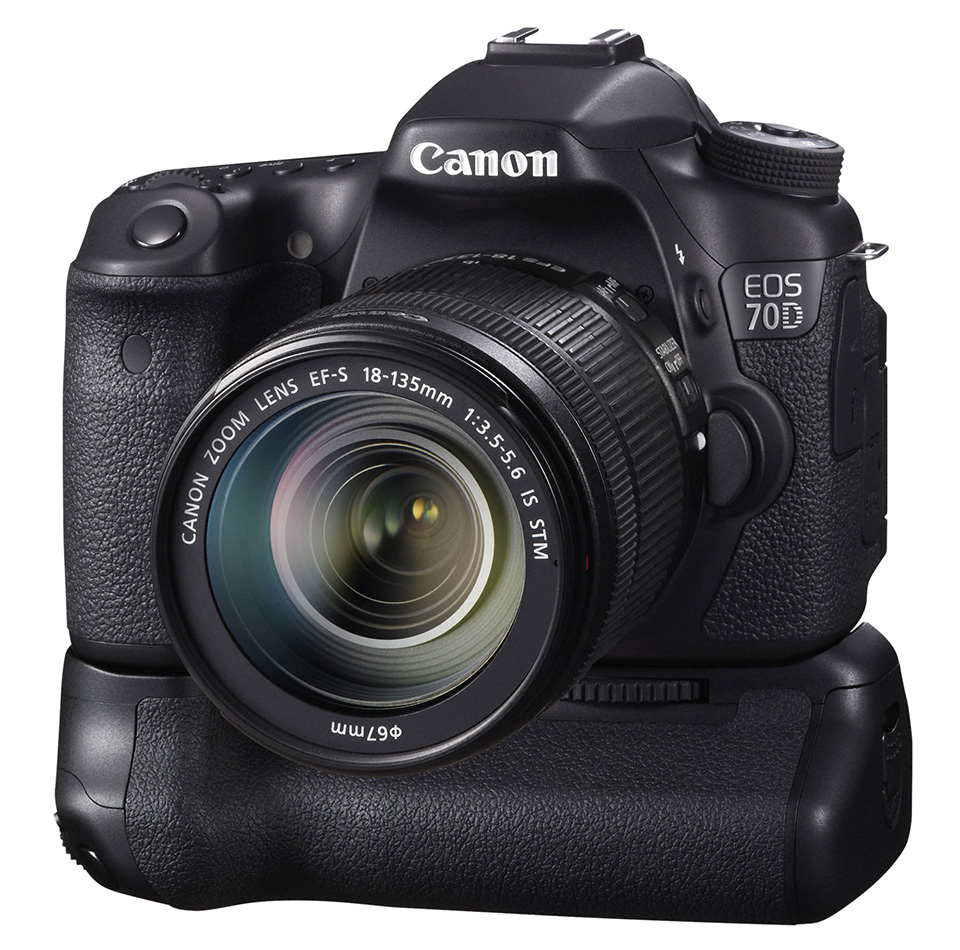 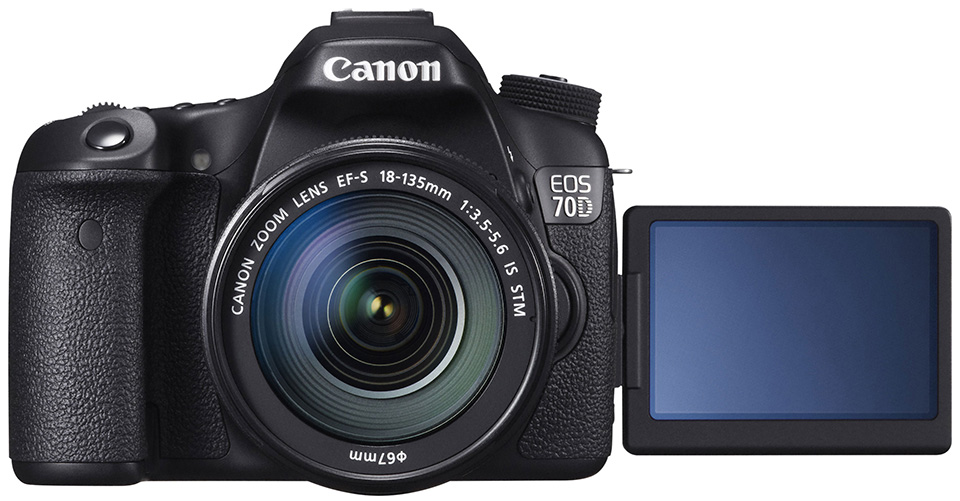 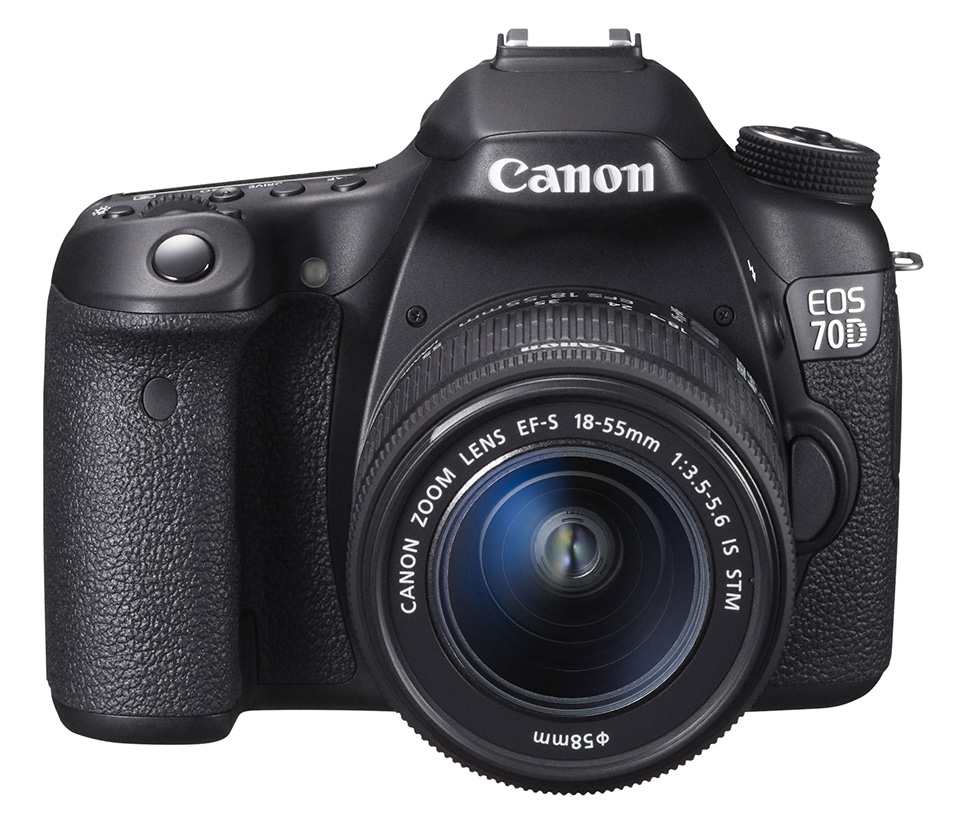 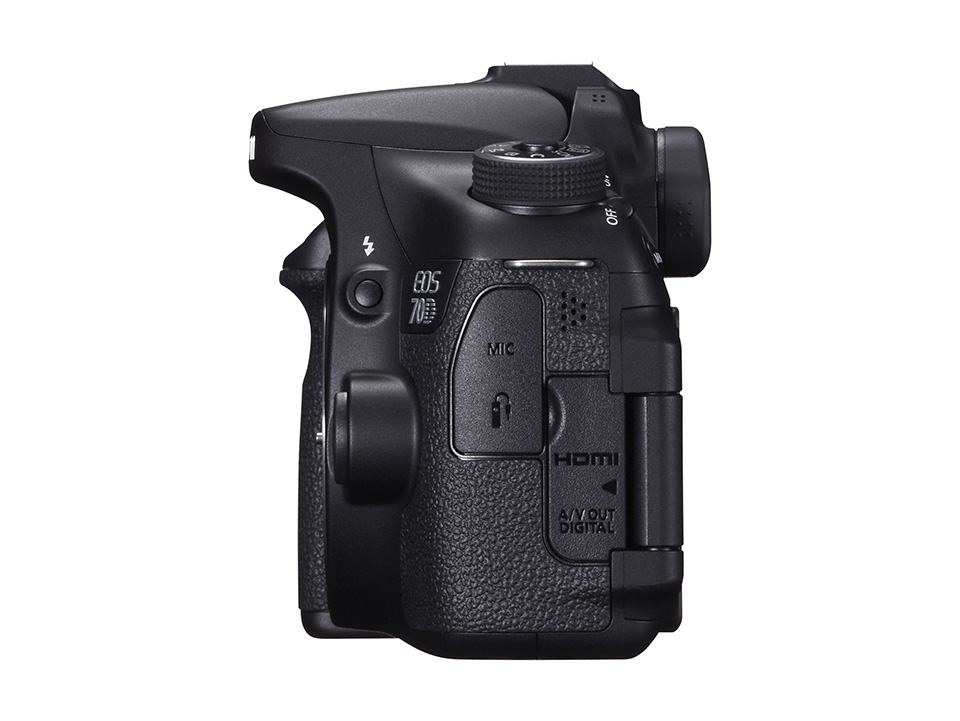 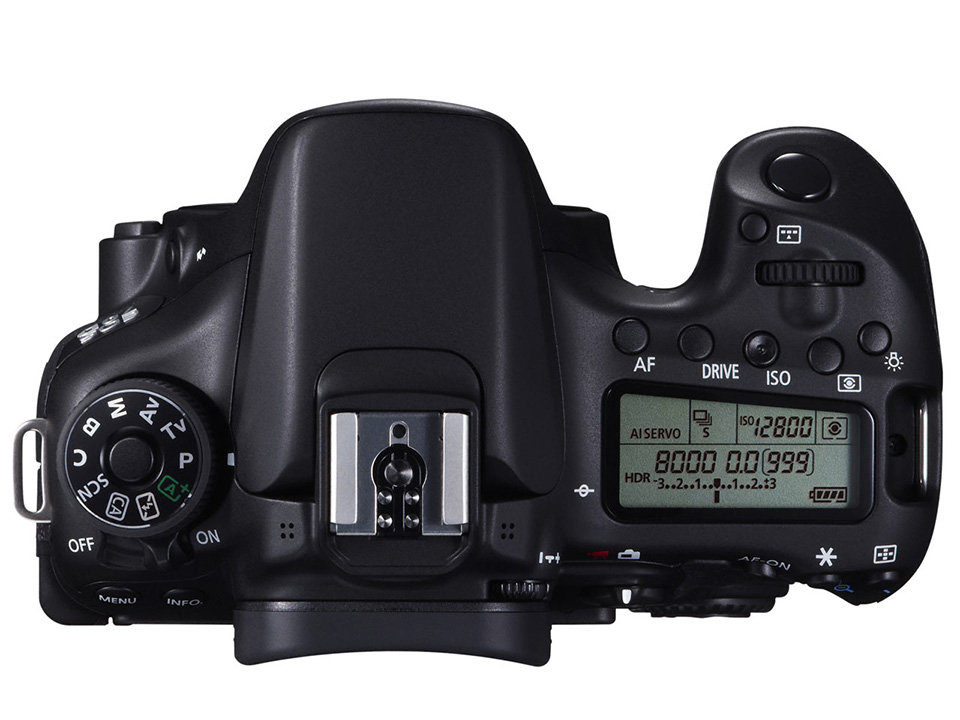 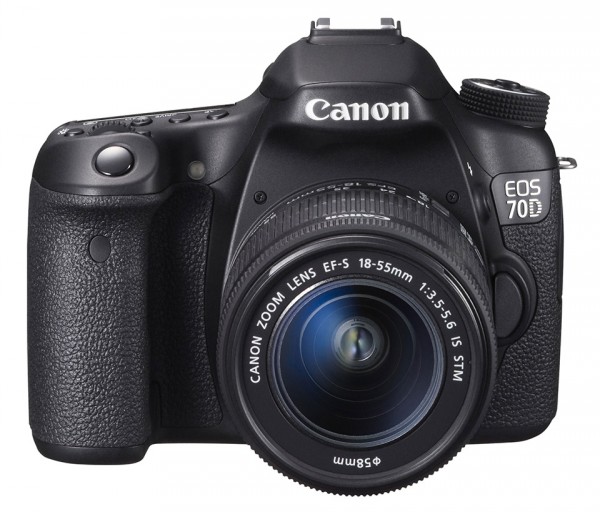 Canon has revealed their latest DSLR, the feature-packed Canon EOS 70D.  It represents a step forward in digital SLR technology, presenting three new features that have yet to come standard in the top-of-the-line crop-sensor cameras.  While the image standards are there — namely a high resolution sensor, great low-light capabilities and HD video recording — the Canon 70D features a new video autofocus system, a 3-inch swivel touchscreen display and standard WiFi connectivity for instant image transfer and remote control.  The Canon 70D carries the image standards to a new level of functionality for the aspiring photographer.

The new Canon 70D is a direct response to the Nikon D7100, a camera that leads the enthusiast class offering for Canon’s chief competitor.  The 70D’s 20.2MP APS-C sensor and 19-point autofocus system may give a competitive edge to the D7100’s 24.2MP sensor with 51 points of autofocus.  However, when it comes to image quality and focus performance, the difference in numbers in this range are largely negligible.  Aspiring photographers who choose a camera in this range shouldn’t worry too much about a slight difference in pixel performance and look instead at the overall camera functionality.  For the 70D, this has been Canon’s focus for this impressive new camera. 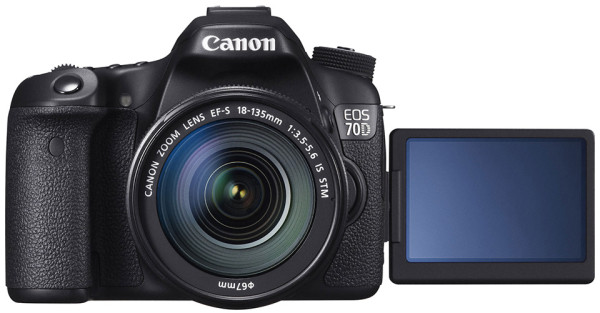 The new video autofocus system on the Canon 70D is a bit mystifying at first glance.  Canon calls it a “Dual Pixel CMOS” focus system, and it uses a phase detection system to measure the content in each pixel to adjust focus in real time.  The goal is to allow for seamless, stutter-free focusing during video recording, mimicking the pull-focus effect used in cinema film production.

The Canon 70D has another feature that should attract a wider class of photo enthusiast.  WiFi connectivity is built-in, unlike the Nikon counterpart that requires an optional dongle.  This allows photographers to instantly transmit photos to an external storage device, to a web connection of a photo editor standing by.  It also allows users to control the camera remotely from a mobile device or wirelessly-connected computer.

Last, the Canon 70D features a large, swivel-mounted touchscreen display.  This 3-inch high-resolution screen can flip and swivel to provide plenty of viewing angles while shooting photos or video.  It is touch-enabled, allowing users to control much of the camera’s functionality and menus with a swipe of a finger.  It’s a way of making a complicated piece of technology more accessible to a wider range of people, and it’s something we hope filters up into the professional-range cameras like our full frame Nikon. 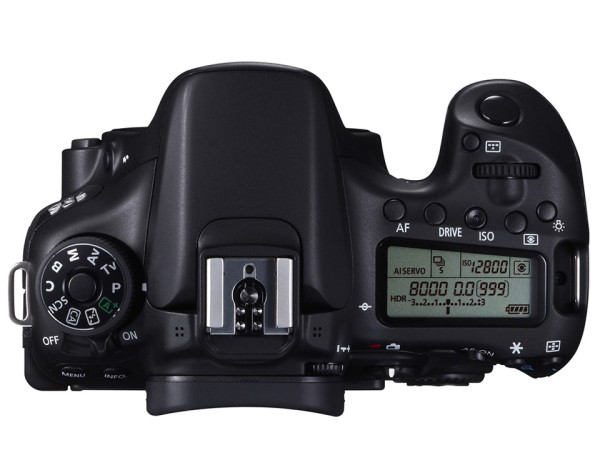 The Canon 70D will begin shipping in August for $1199 for the body only.  A kit with an 18-55mm lens will be available for $1349, and a version with the long 18-135mm lens will sell for $1549.  It’s a nice offering from Canon, one that may be geared toward the budding videographer as much as it is designed for photo enthusiasts.