15 Beautiful Wire Sculptures That Redefine the Art of Twisting

It’s impossible to say when the art of sculpting with wire came about, since humankind has always made items out of the wire they drew from the ores they mined out of the ground. Egyptians were known to make wire jewelry and everyday items out of gold and copper. In the rich earth of Slovakian mountains, many works of wire, both functional and artistic are still being found to this day. Dig into the background of almost any culture and aesthetic engineering using wire will almost certainly be found; however small the contribution.

Contemporary artists have many more tools to craft their creations, and as the art and technology of wire work has progressed, so too has the ability to make ever more intricate and gorgeous pieces from wire. To celebrate this ancient craft and the stunning pieces it creates, we found 15 of the most beautiful and intricate wire sculptures of today.

Inspired by a real-life encounter, this fantasy creator from Staffordshire, England has many fairy-based and mystical pieces. The use of implied movement with dandelion spores being dragged away by the invisible wind, and the struggle clear in the lines shows Wright’s talent with nature and body; truly the fantastic made ordinary.

We could fill the page with the works of Korean crafter Seung Mo Park, but we found his recreation of the world’s most famous painting to be a prime example of how versatile wire is when put into the right gloved hands. Able to capture the enigmatic smile as well as the chiaroscuro of Da Vinci’s masterpiece, no one can accuse this of being derivative.

Simplicity in wire sculpture is often overlooked. After all, any child can bend metal to make a spider. What the insects of Juan Ortiz do that is so striking, and captured so aptly in this piece, is to create a sense of menace that these deadly creatures carry. A frightening yet childlike item that beginning wire workers would do well to try to emulate.

‘The Kiss’ by Sophie Ryder

Most of Ryder’s works are grand in scale, intended to be experienced best in person. Made to appear solid, alterations in light and dark will change the feeling of this piece from utterly ethereal to shockingly real. Though it seems unremarkable when put against her more famous works, such as her Lady Hare, it will provoke different feelings, from gentle affection to force to pleading the longer you look at it.

It can be difficult to believe that this is not a virtual recreation, but the years of effort that went into painstakingly constructing the CJ750 in this way is something no machine could have done. The artist has said he abhors heavy, dense things, and therefore remakes them as he wishes they were, light, airy, and as industrial as they are ethereal.

Uncomfortable and reminiscent of the drawings made by Ralph Steadman, Oliveira brings manic sketches to life in a way that implies violence with underlying structures being brought to the fore. What could easily be irritated scratches on a page lend suffering to works when rendered in wire in three full dimensions.

‘Under the Tree’ by Clyde Bango

All of the wires bent by Zimbabwean Clyde Bango have some autobiographical element to his time as a young boy laboring with his father as a bee keeper and honey harvester. So real that it’s easy to believe that every tree, leaf, honeycomb, and bud is made entirely from memory.

‘Lady and Sheep’ by Helen Godfrey

Helen Godfrey was originally a paper mache artist who graduated to using the galvanized wire frames themselves as her work. Heartbreakingly human and real, Lady and Sheep has the feeling of being invited to view a photograph where the landscape is true but the living players are all still-life representations. It creates a sense of looking at memories more than metal.

Like Michelangelo’s ‘David’ it’s the photo-realism in the mane and the musculature that is on display here. Disconcertingly life-like, right down to the predatory expression on the face, Haste has done something here that most highly skilled taxidermists could only dream of: infused life and soul into her medium.

Built on the historic site of a now destroyed church, hundreds of yards and hundreds of man-hours went into painstakingly remembering a house of God entirely in wire. As arresting as it is seen in total from afar, up close it continues to astound as the detail becomes evident.

Clive Maddison seems like a one-trick pony, but when that trick is creating such accurate representations of trees complete with roots, leaves, and branches, done in powerful miniature, then it’s worth celebrating. Looking at each piece brings a sense of transcendence and calm, even in the most urban of locations.

A mix of welded wire and black thread, Yong Won Song attempts to use his art to explore the unconscious mind. A dark, surreal mix of grimness and play leaves much to the imagination as there’s a story apparent, but not fully realized except in the mind of the beholder.

Shadowy and abstract where many of her peers seek accuracy, there’s a sense of entrapment and discord in Listen time passes. Though intentionally placed by the sky and surf of open water, one can’t help but sense that no matter where we go, we’re still haunted, hunted, and bound in every direction.

While the other artists on this list prefer to weave wire to suit their needs, David Mach uses exclusively wire hangers for each thing he creates. This alters the sense depending on how near or far you are. In Die Harder, instead of creating a fuzzy haze around the crucified subject, he has straightened each looped hanger end to add even more torment to the already tortuous makeup.

Art
Breathtaking 3D Sidewalk Art To Be Enjoyed By All 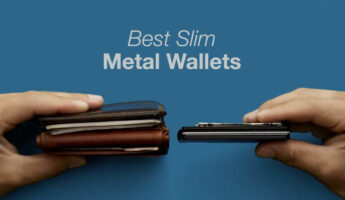 Architecture
10 Glass Houses: Where the Beauty of the World Is Your Wallpaper

Life
160 Life Quotes to Motivate, Inspire, and Make You Think

Travel
You Deserve a Vacation: These 10 Funky Art Hotels are the Design Destinations of 2015

Architecture
Green Roof Design: 10 Stunning, Sustainable Works of Architecture
TheCoolist is supported by our readers. When you buy through links on our site, we may earn a commission. Learn more.
Let's connect
What’s Hot
Join TheCoolist
100% free, unsubscribe anytime.