9 Foods That Aren’t Actually Bad For You 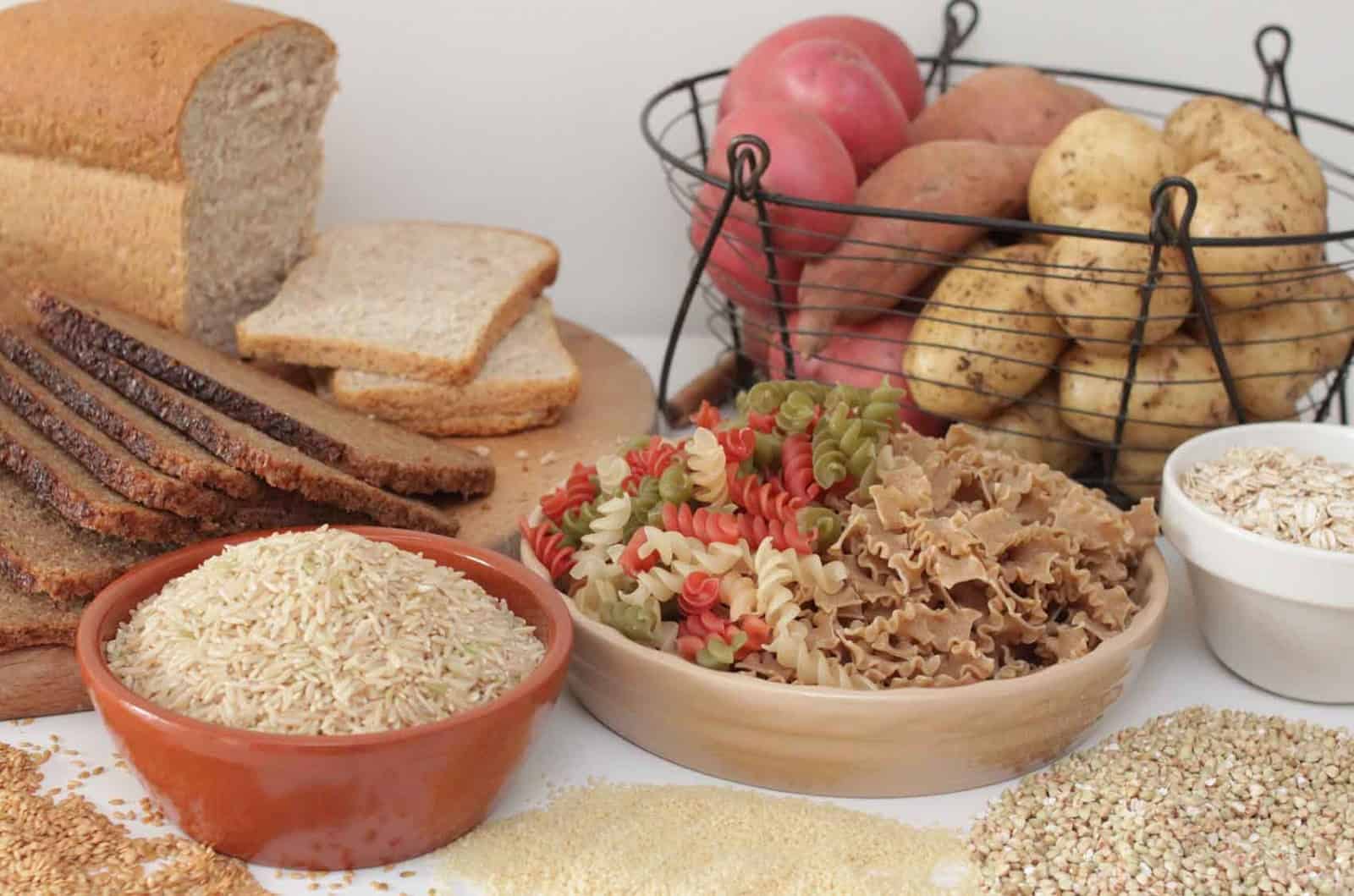 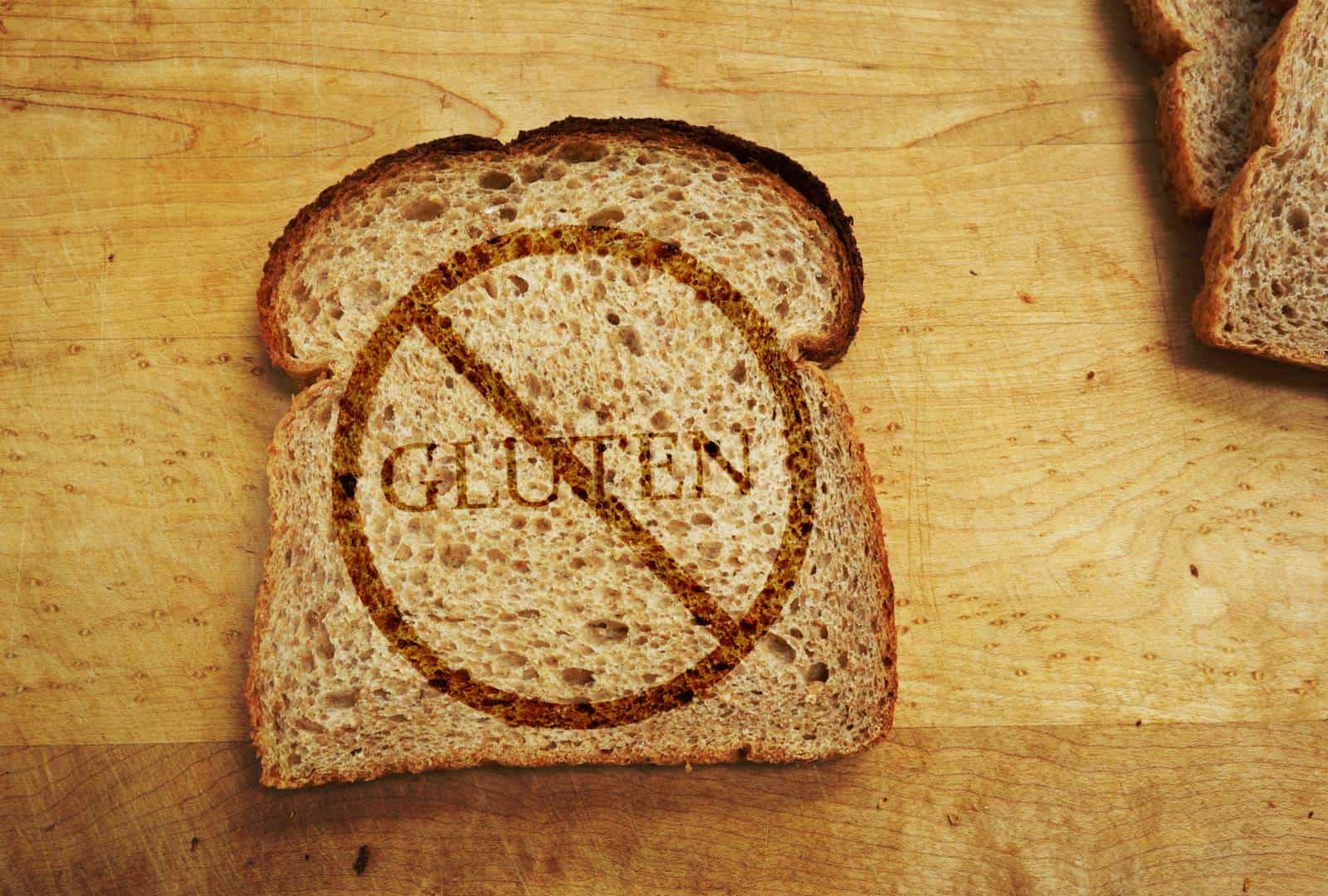 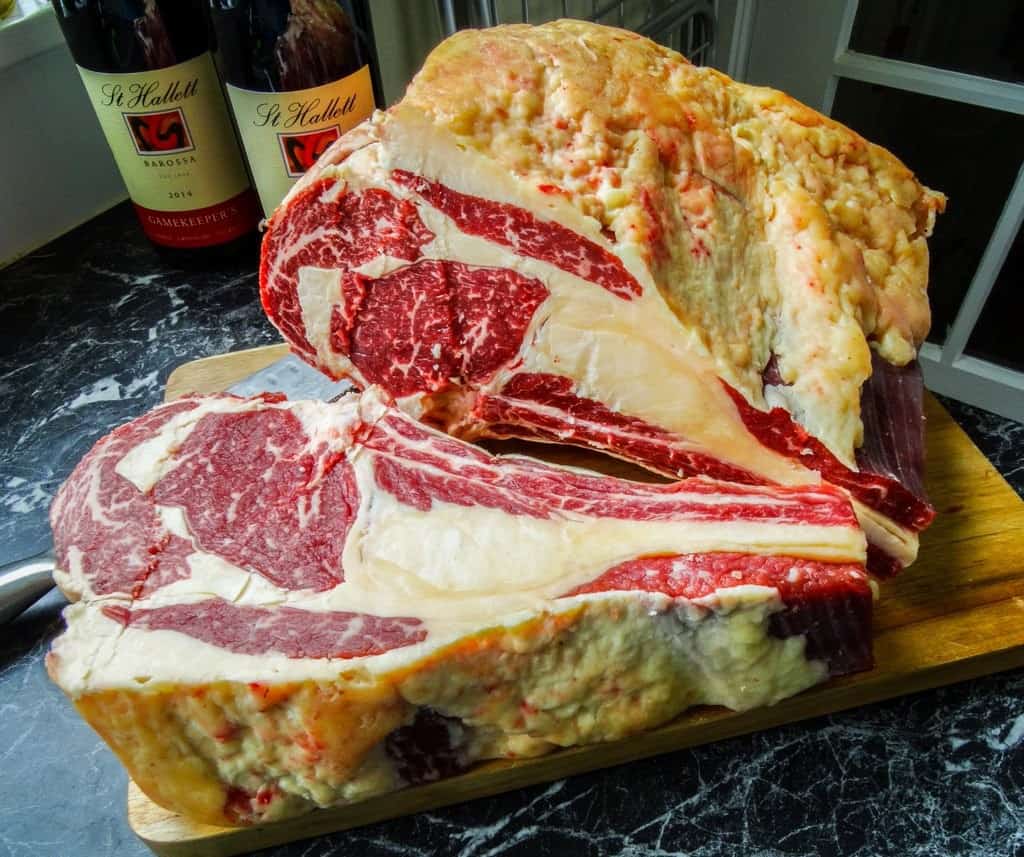 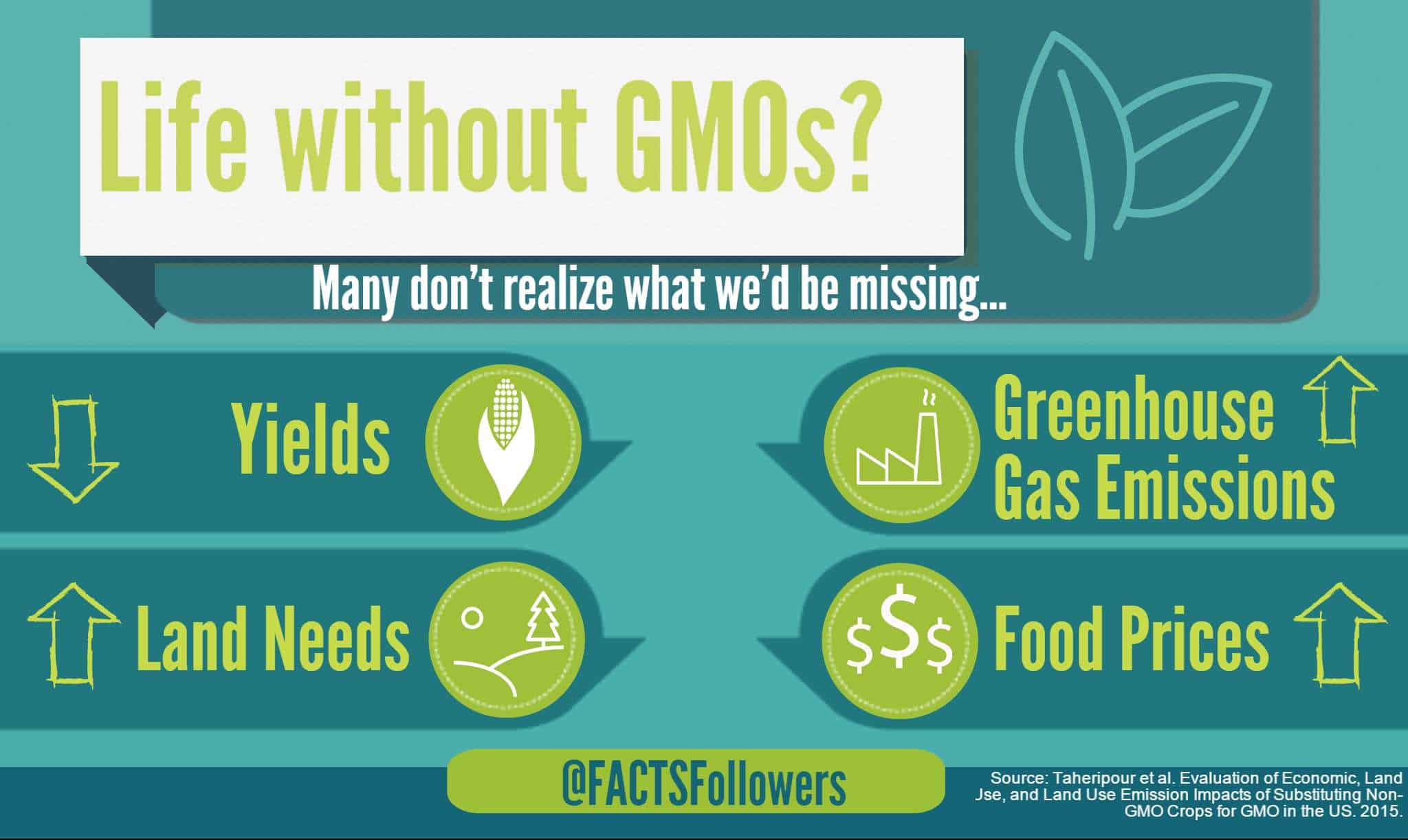 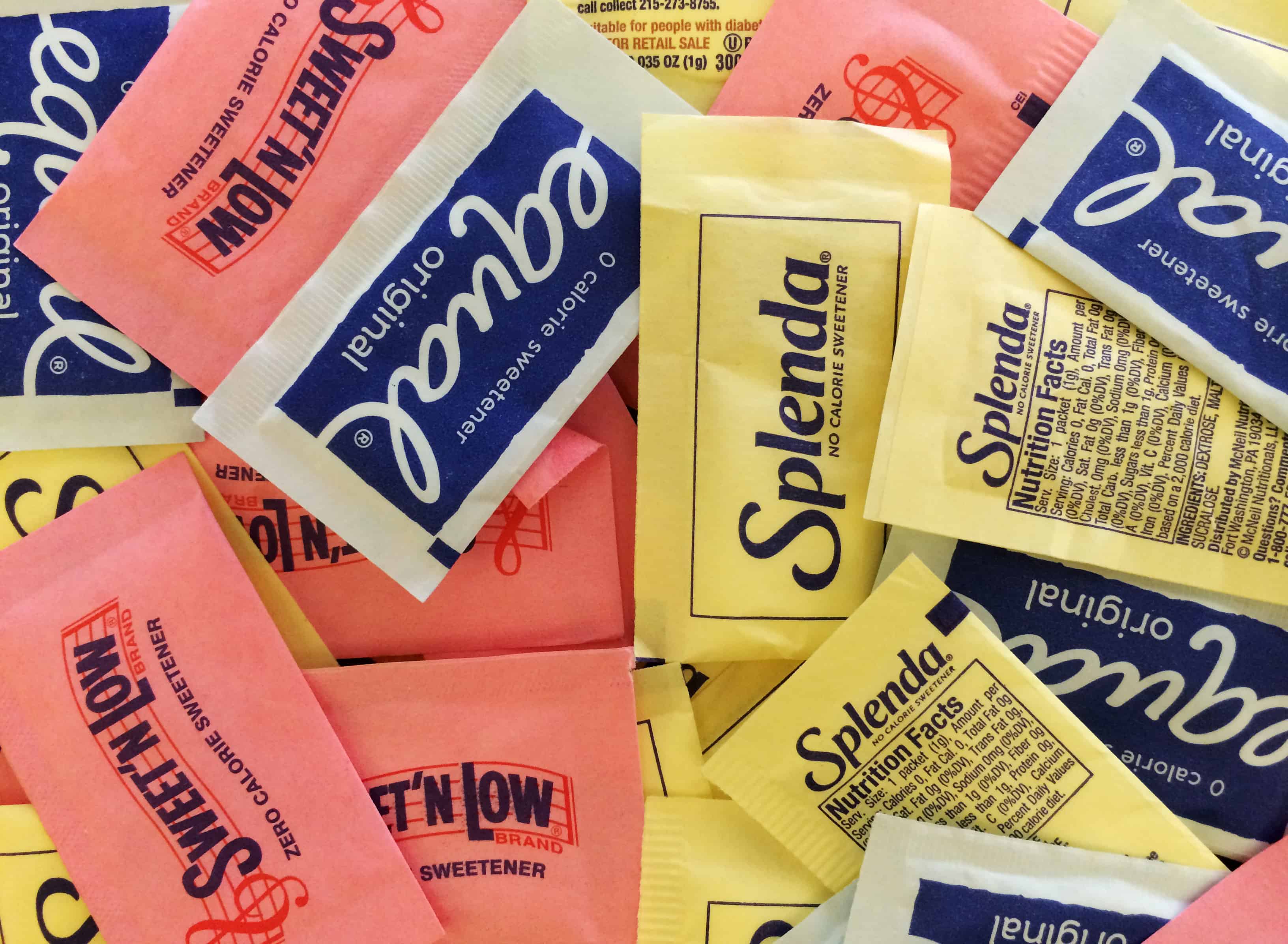 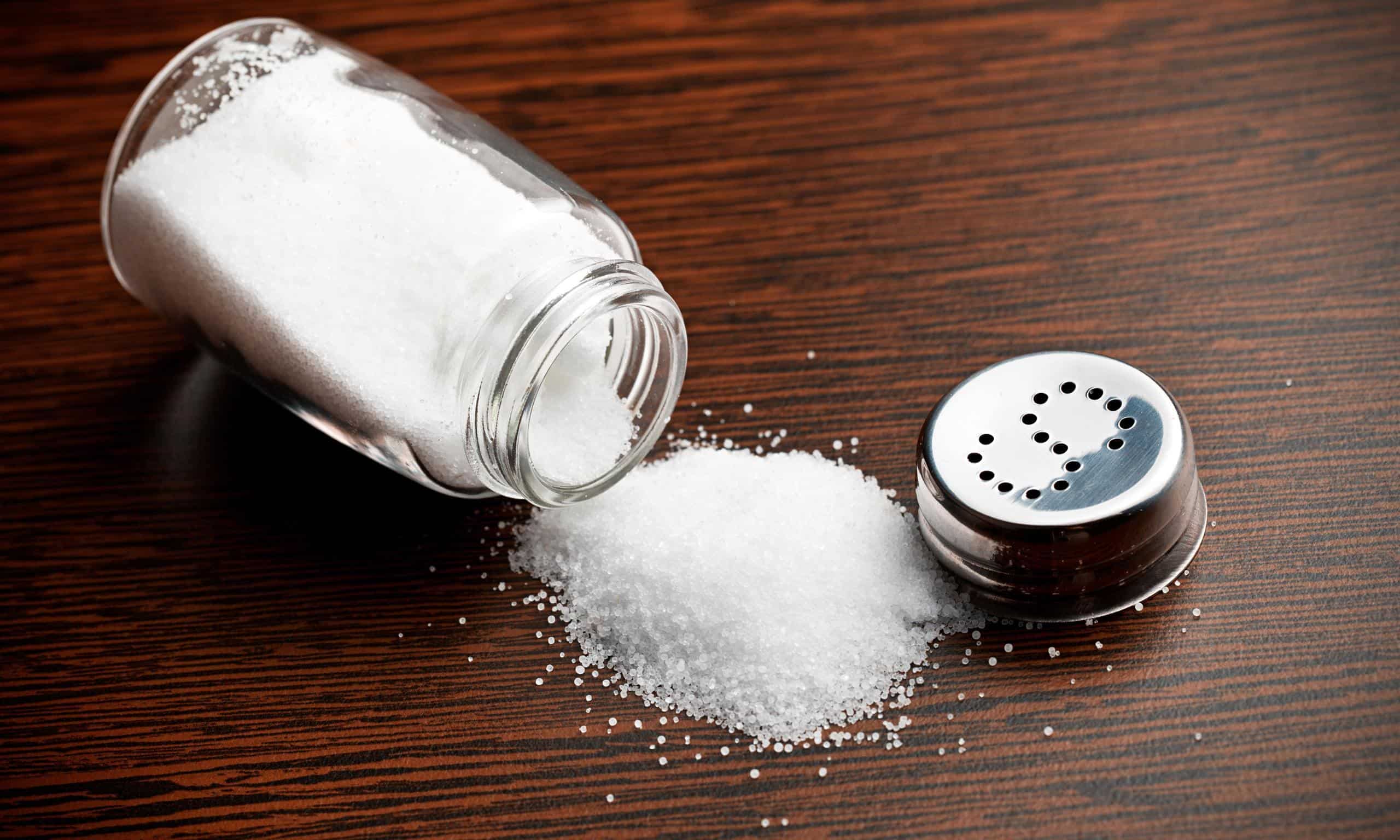 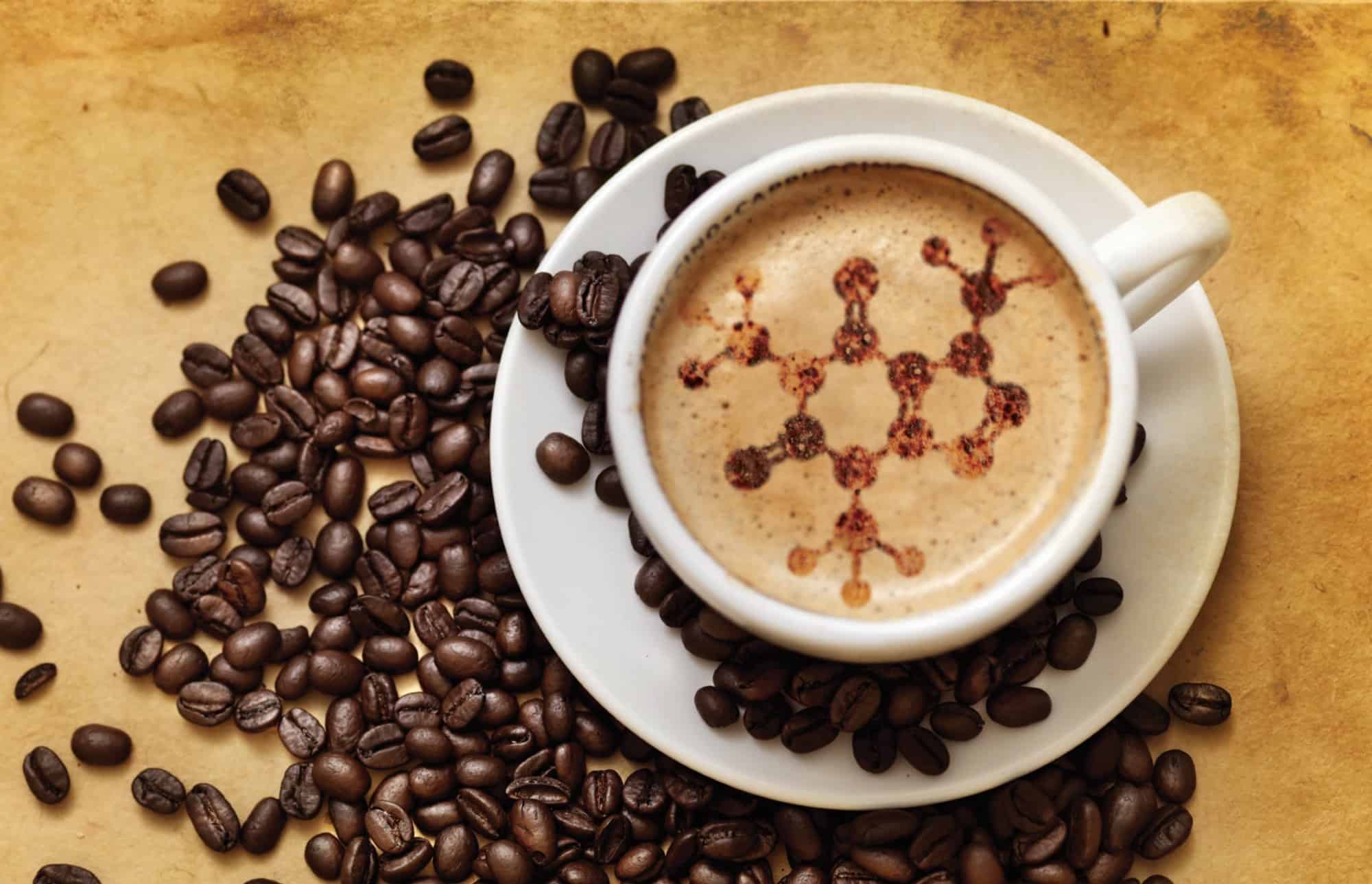 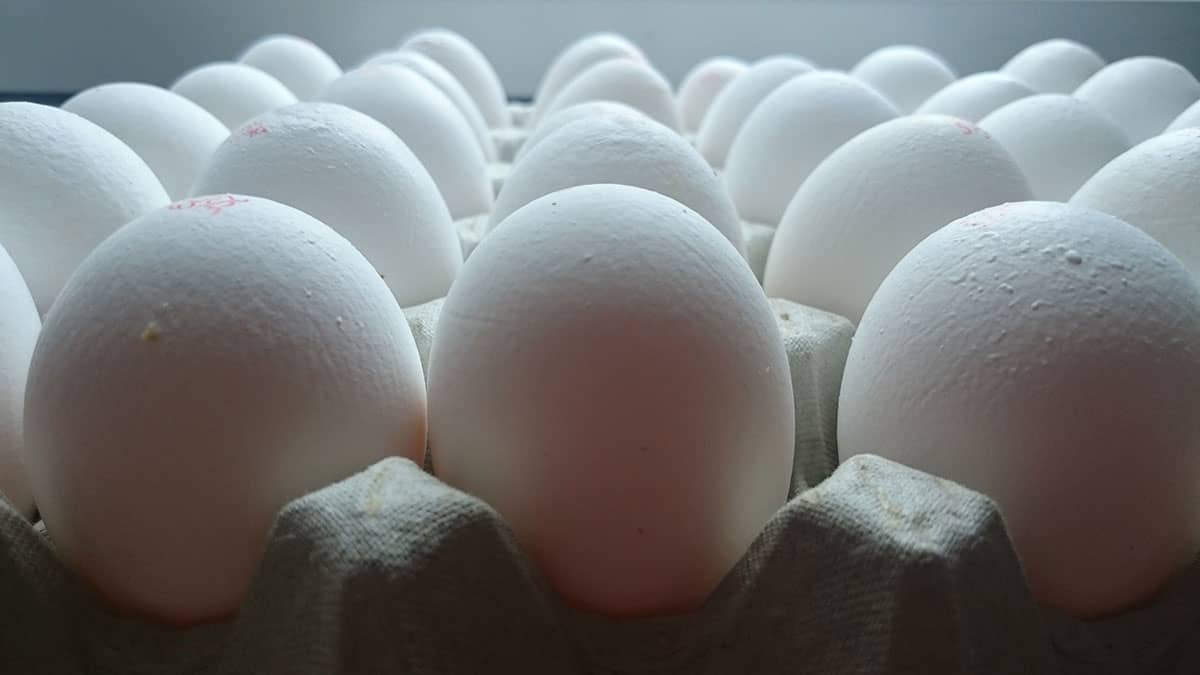 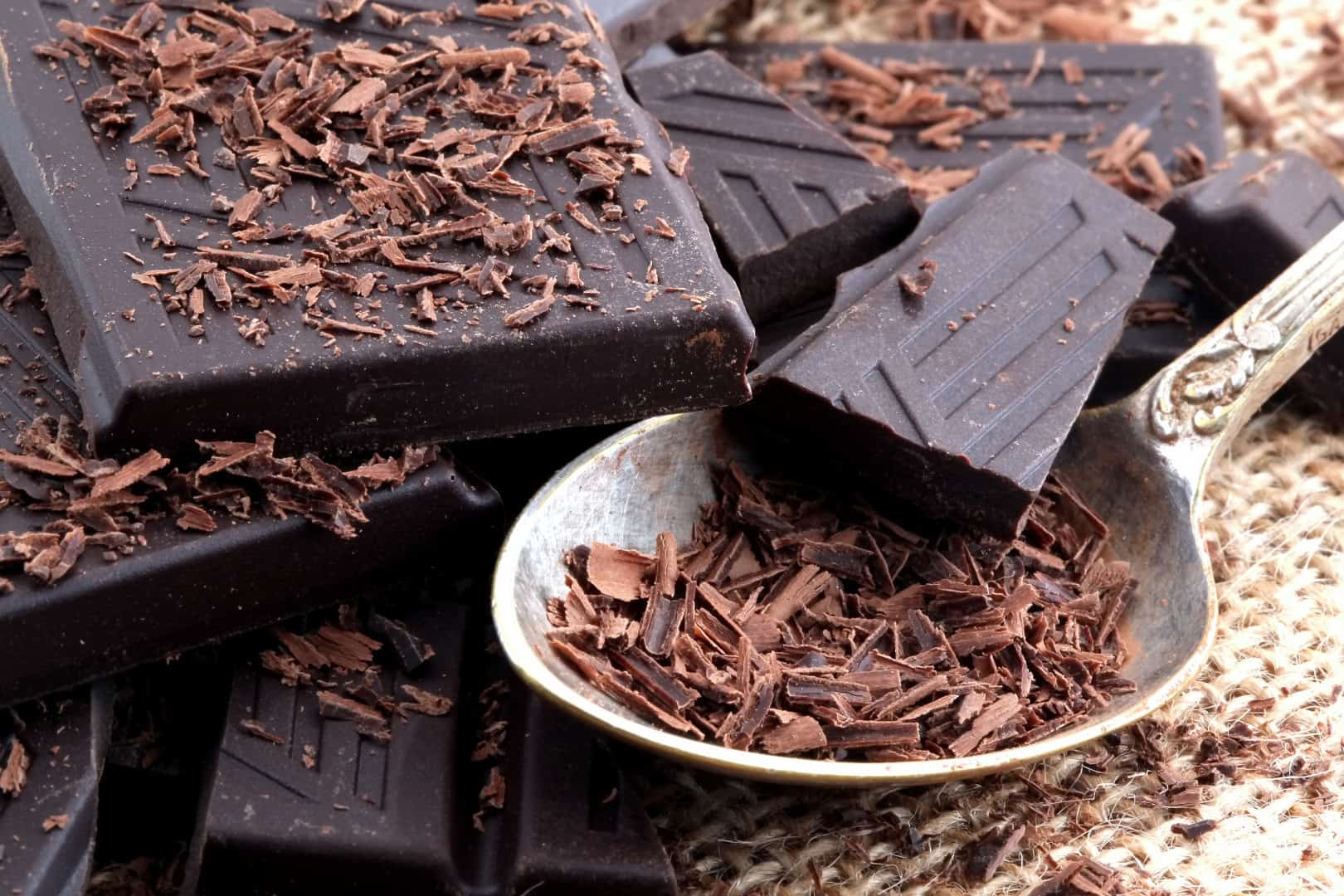 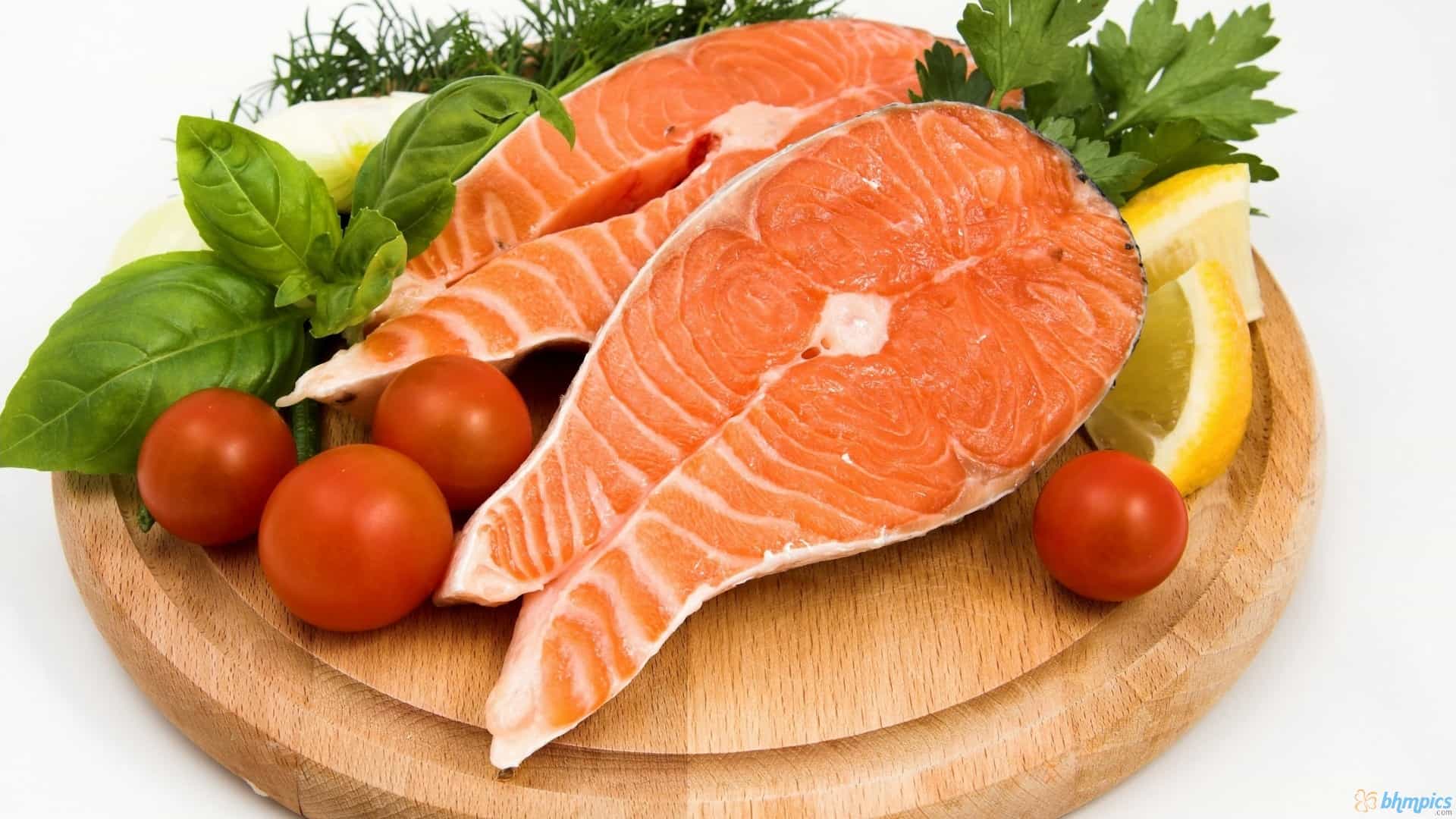 The proliferation of the internet has brought untold wonders into our homes. We can now be disgusted by the most savage pornography from around the world, be sold an endless supply of pills that enhance our various anatomical attributes, dance to music of any age, be trolled and cyberbullied until we cry ourselves to sleep, and we have all the knowledge and wisdom of humankind at our fingertips; yet end up mostly reading misinformation, truncated, subjective data, and sometimes outright lies. Among these lies are the demonization of some of our favorite foods. While taking our constitutional freedoms away is fine, taking away our tasty treats is most certainly not. So we combed through the pseudo-science to find out the truth about the things we eat. The results: Shocking!

What we found was that most foods aren’t “good” or “bad” but need to merely be moderated. Carbs and GMO’s aren’t evil, and even processed foods can be good if they’re handled the right way. If you’ve been changing your diet in the hope of getting healthy, staying fit, losing weight, or living longer, you might have actually been doing harm to yourself by not adding moderate amounts of some of the “evil” fats and salts that fashion magazines have told us are the Babadook in sugary form. So, here’s the real skinny on these diet-destroying foods that aren’t bad at all.

A Note On Food

Even celery can kill you if find a way to abuse it, so while these foods aren’t bad, they should still be moderated according to a nutritional plan. If you’re seeking a diet, medicine has identified the most healthy diets out there, allowing you to pick whichever one works for your lifestyle.

Carbohydrates have become the boogieman of the dietary world ever since Atkins found a way to eat meat and still lose weight. In fact, carbs give you rapid energy, provide long-term, sustainable power, and can facilitate in digestion of other materials by helping keep your metabolism in high gear. The trick is to hit complex carbs with a lot of whole grains. That means avoid the white flours, since those are little more than sugar pressed into bread form. While not terrible once in a while, processed white flour is an inflammation factory which is harmful to your entire system when taken on a regular basis without proper balance.

Hand in hand with carbohydrates is the dreaded gluten, which ranks second only to Hitler on many lists of the most dreaded ills ever to befall the world. In fact, only about 1% of all people have celiac disease, which is what causes gluten intolerance. People without the illness show negligible effects from eating gluten. The reason it does help people feel better and lose weight is because in avoiding gluten, they are avoiding white flour which is a genuinely poor food bearing almost no value to your digestive system.

It’s been pointed out that the sugar industry worked to get the world afraid of fat so we would ignore that it was actually sugar that was killing us. It worked, and to this day people shun fat. It’s true you shouldn’t mainline cream cheese, but there’s nothing wrong with a little fat, and there’s actually omega-3 fatty acids that you get from the healthful fats, like that found in olives, nuts, and fish. In fact, you can eat fats and lose weight if you’re smart about how you do it.

Most of us had to look this up when we first began seeing the labels declaring that there were no GMOs in our Double Stuf Oreos – the one true Oreo – and found out that it means “Genetically Modified Organisms.” Well, studies conducted by the National Academies of Sciences, Engineering, and Medicine determined that genetically modified foods – which have existed since the 80’s – are no more harmful to people than eating natural or organic crops. While the health of a particular food is determined by how the organisms are modified, mostly they’ve undergone strict analysis by both the designing scientists and the FDA, so running scared from GMOs means nothing but denying yourself food that’s fine.

These are better known as Equal, Sweet ‘N’ Low, and Splenda and come in colorful little packages. They are artificial sweeteners and they’ve been said cause cancer. The FDA has looked into these claims and found them entirely spurious, though they do warn against the harmful side effects of actual sugar, which can include high blood pressure, increased agitation, insomnia, chronic exhaustion, weight gain, and can exacerbate mood disorders due to the sugar high and resultant crash. That’s before you even think about diabetes.

The devil in white, Salt is often blamed for heart issues, and to be fair it did seem to be the cause of multiple cardiac troubles in the past. As it turns out, that was the result of bad science. The American Journal of Hypertension published the results of multiple studies which showed zero correlation between regular salt intake and strokes, heart attacks, hypertension, and death. They found that eating way too much was a health issue, but so was eating too little. Don’t gorge on it, but cutting it out is just as deadly as going overboard.

Now’s the time to really pay attention, because we’re about to talk coffee. Said to be a stimulant, coffee can supposedly halt proper growth and development, cause long-term digestion issues, injure your nervous system, and produce heart troubles later in life. This is true, but only if it is sorely abused. The Mayo Clinic slapped down caffeine detractors by showing that there are no ill effects (outside of stained teeth) for most people who drink coffee, tea, or even energy drinks, so long as they keep their intake to about 400mg a day. This requires monitoring your consumption and ensuring that you don’t burn through all 400mg in one espresso-fueled double mocha, but with a little care can be workable. Just be careful about how much fatty cream and sugar you put into it.

Few things seem more confusing to science than eggs. Every few years eggs go from good to bad and back again. Then the yolks get attacked while the whites are allegedly fine, and pretty soon we all just assumed every time you made an omelette you were playing Russian roulette. The major concern with eggs was the cholesterol that came with them, which was thought to clog arteries, leading to myriad circulatory issues, heart palpitations, high blood pressure, and an early grave. The reality is that the cholesterol doesn’t seem to move into human arteries easily, and is far less dangerous than saturated or trans fats. Studies that showed eggs to be harmful were done on rabbits, who have much in common with people on a basic biological level, but not in this case. Eating seven eggs a week seems to have no ill effect, though anyone with diabetes should be careful as eggs can quickly lead to heart disease. For everyone else: go ahead and hard boil ’em, scramble ’em, poach ’em, or bake ’em into your whole wheat pancakes.

Easy on this one. Dark chocolate isn’t terrible, as it has some antioxidants and a reduced amount of sugar and fat when compared to milk chocolate. It’s still not something you should eat by the metric ton, but don’t deny yourself this treat that can help with short-term depression, increase your libido, and provide a real psychological comfort when you need it. Just be careful not to overdo it on a consistent basis.

There’s claims floating around that fish is full of mercury and will poison you. Mercury buildup usually only happens in large fish with longer life spans, and even then rarely reaches dangerous levels. Avoid eating swordfish and giant tuna every single day and you’ll survive, for a while at least.