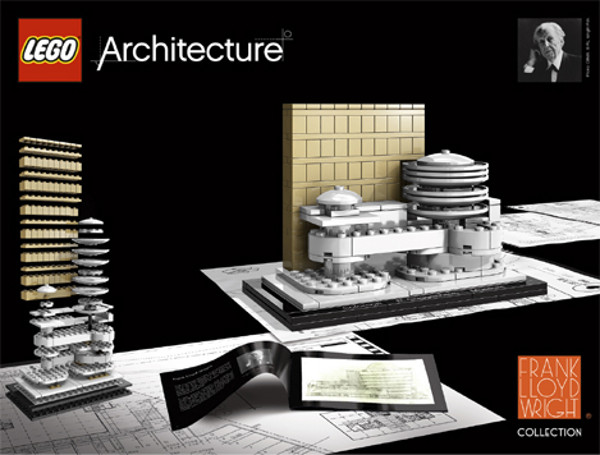 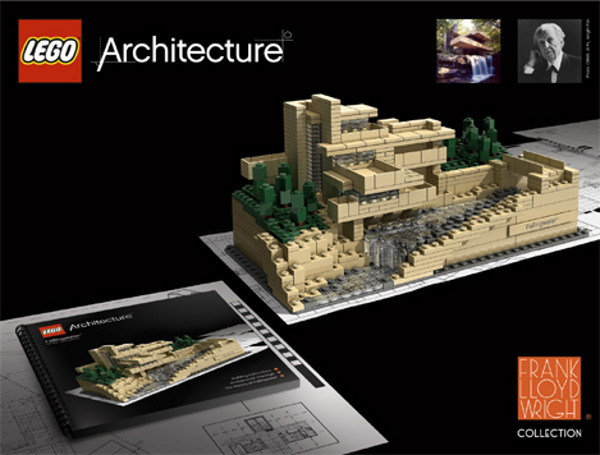 The builders, designers and architects of today grew up with Legos yesterday.  To celebrate this connection, Lego has released their Lego Architecture series, including kits of some of the world’s most famous works of architectural design.  Recently, Lego revealed a series of kits dedicated to the works of Frank Lloyd Wright, including his New York Guggenheim Museum and the Falling Water masterwork in Pennsylvania.  As Legos have been the building blocks of creativity for many, Lego hopes to exhibit the building blocks of some of Frank Lloyd Wright’s architectural greats. [brickstructures via prariemod]

The LEGO Group and Adam Reed Tucker of Brickstructures, Inc. officially introduced the LEGO Architecture line in 2008. The line currently consists of six buildings – now including two of Frank Lloyd Wright’s most famous and recognizable buildings, the Solomon R. Guggenheim Museum and “Fallingwater.”

With models developed in collaboration with architects, LEGO Architecture works to inspire future architects, engineers and designers as well as architecture fans around the world with the LEGO brick as a medium. Builders of all ages can now collect and construct their favorite worldwide architectural sites through these artistic replicas.

Doug Volker of the Frank Lloyd Wright Foundation:
According to Director of Licensing and Product Development, Doug Volker, “The LEGO product was one that the Frank Lloyd Wright Foundation had considered pursuing for several years. It was the vision, passion and creative desire of Adam Reed Tucker to capture the essence of Mr. Wright’s most famous buildings using the medium of the LEGO brick that brought this partnership into being.”

Another exciting aspect of the Architecture Series is the capability to use them for education, team building, or other formats that make the LEGO Architecture series more than just a toy.

“The LEGO Group is known for its creative approach to brick models and now, with its Architecture Series, it will reach even further, to individuals of all ages,” Volker concluded.

Adam Reed Tucker of Brickstructures and the LEGO Group:
“Mr. Wright’s buildings are a treasure trove of possibilities,” says Adam Reed Tucker, innovator of the Architecture Series for The LEGO Group.  “I wanted to create these marvelous buildings for years, so I’m thrilled to be working with the Foundation in order to include Mr. Wright’s timeless buildings in this series, which conceptualizes the very essence of each building in LEGO bricks.”

As is well known to PrairieMod readers, I have a great love of LEGOs, so merging both Wright and LEGO together is a dream come true. So, what do you think of the new sets? What future buildings would you like to see? Leave a comment below and let us know!