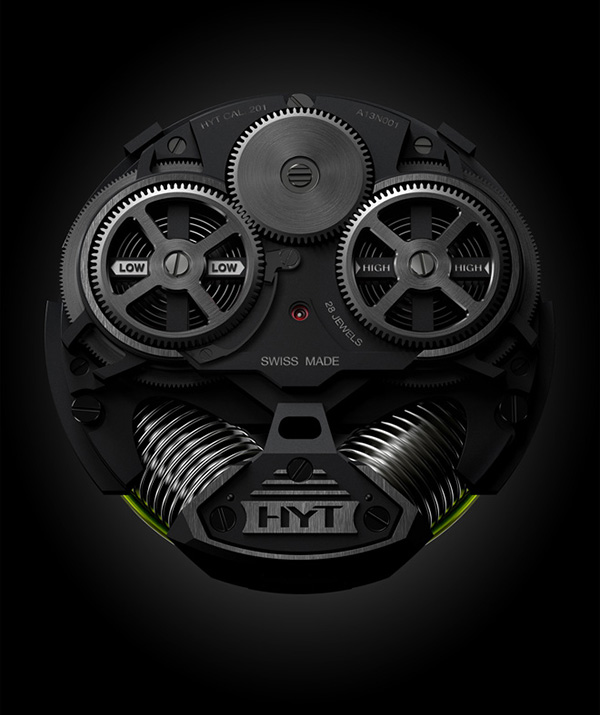 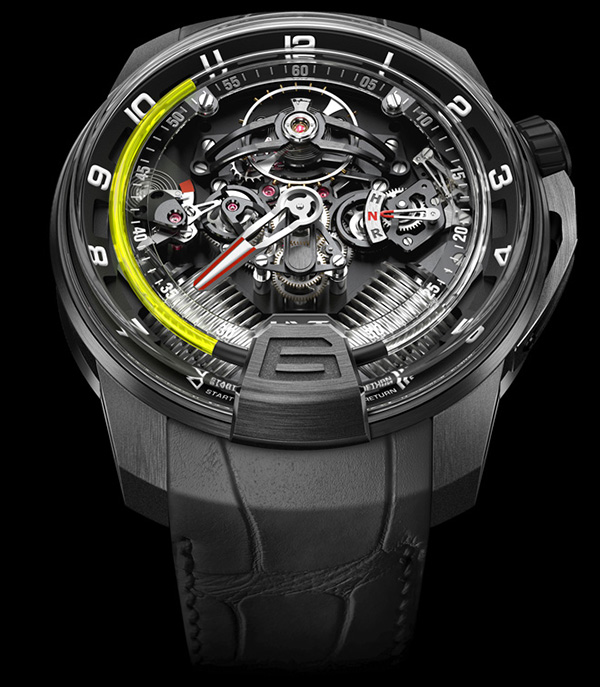 An exciting new example of precision-craft watchmaking has arrived courtesy of HYT.  The new HYT H2 Hydro Mechanical Watch is powered in part by fluid dynamics, featuring a capillary that encircles the central display to tell the time in concert with the hour hand.  The fluorescent fluid in the outer band is one of two liquids that move around the center as time passes, forming a hybrid system of timekeeping with the traditional spinning arms.  If it sounds a bit technically confusing, perhaps HYT can demystify:

“At 6 o’clock, the two bellows, made from an incredibly strong and supple electro-deposited alloy, are moved by a piston. When the first is compressed, the other is extended, and vice versa, driving the movement of the fluids in the capillary. The meniscus, which marks the separation between the fluids in the tube, displays the time. When it reaches 6 pm, the fluorescent liquid returns to the original position using a retrograde movement.”

In short, a complex system of internal machines pushes not only an hour hand, but moves liquids in an outer tube to display minutes.  It’s a wild manner of timekeeping, one that is difficult to distill into simple terms.  But when it comes to luxury and performance-class watches, complexity is often the name of the game.  Nice work, HYT!