16 Web Comics Everyone Should Read For Smart Yuks 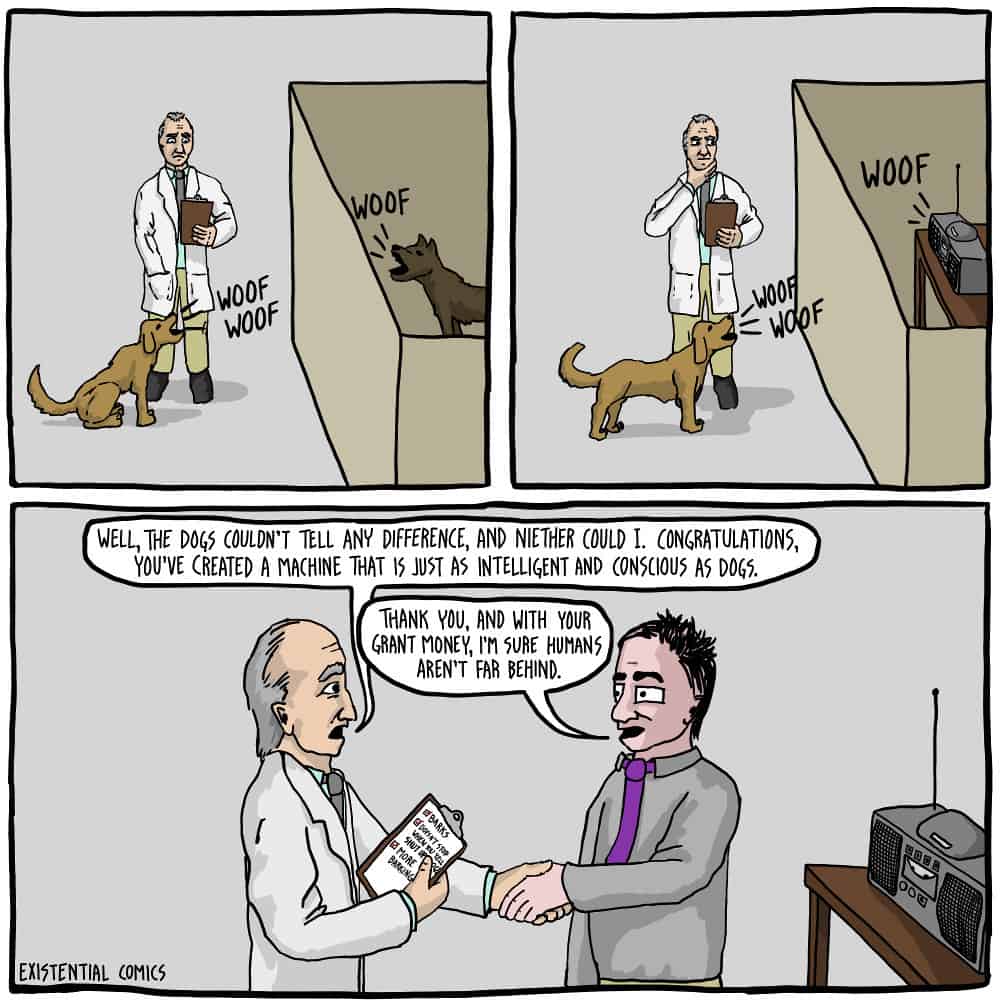 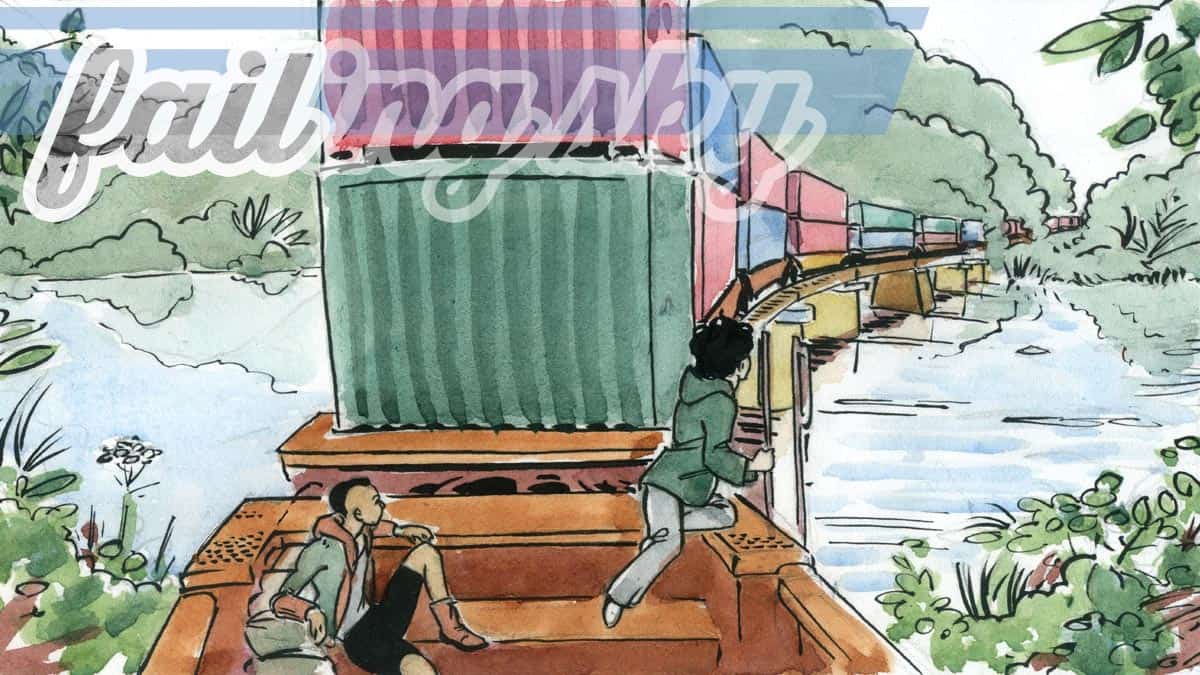 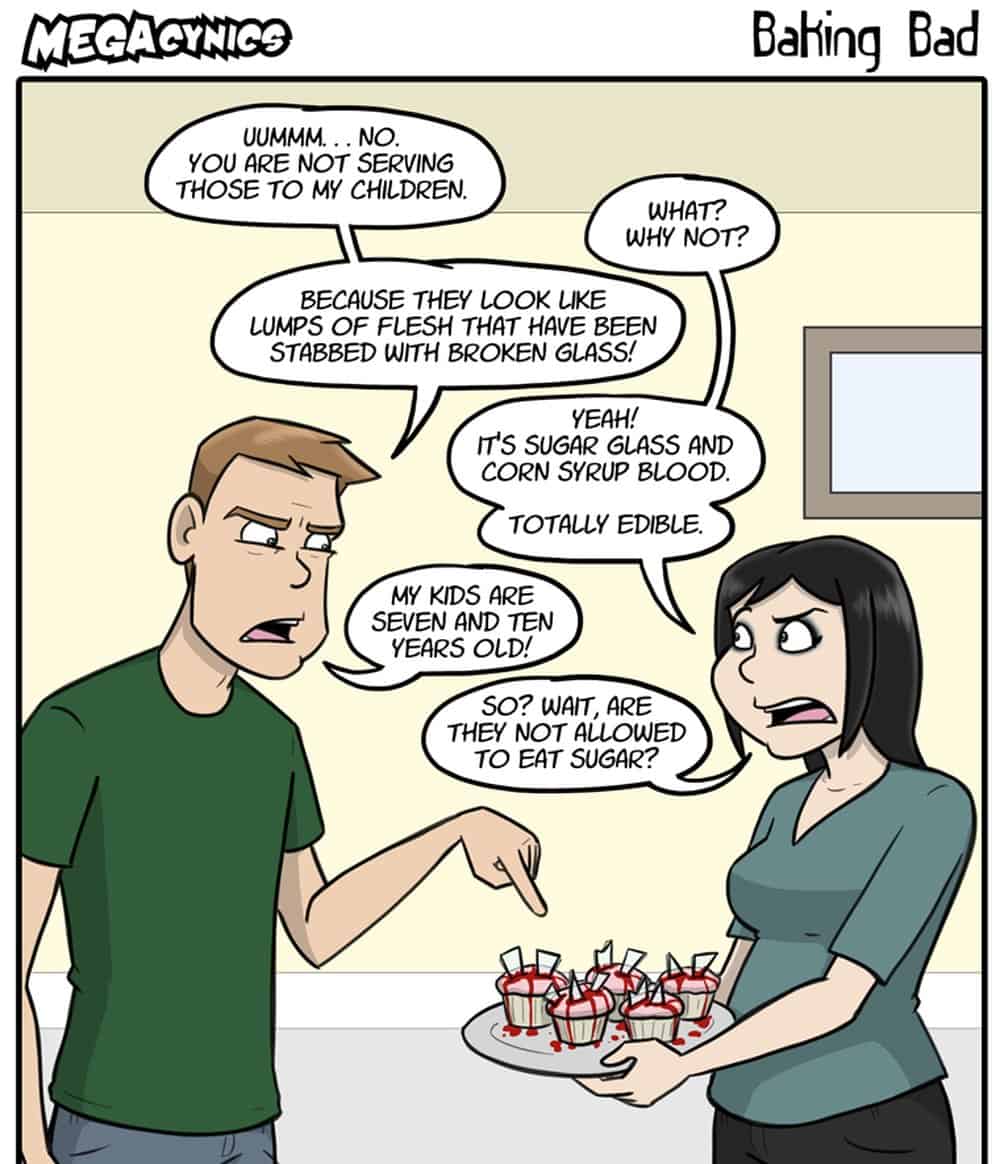 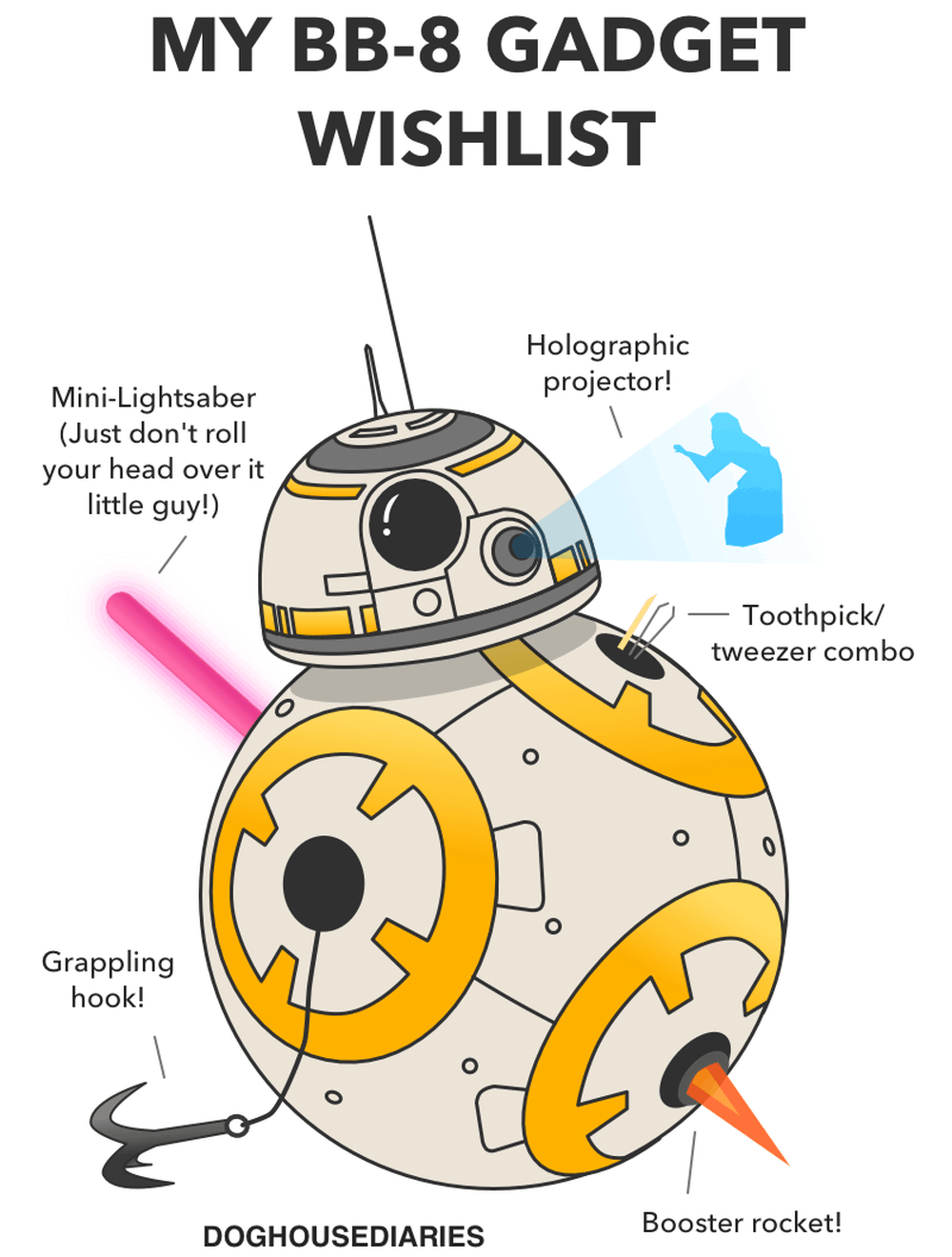 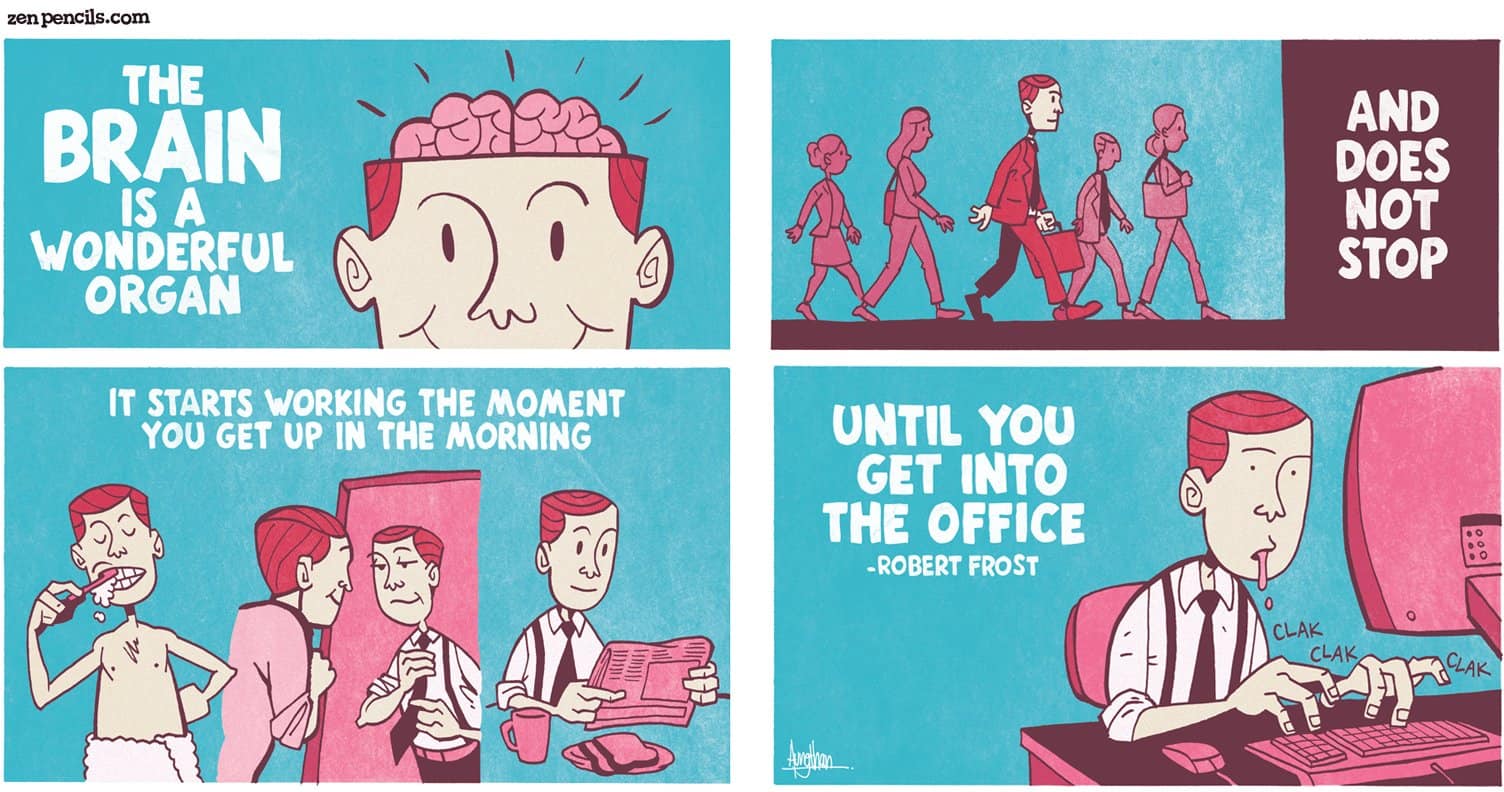 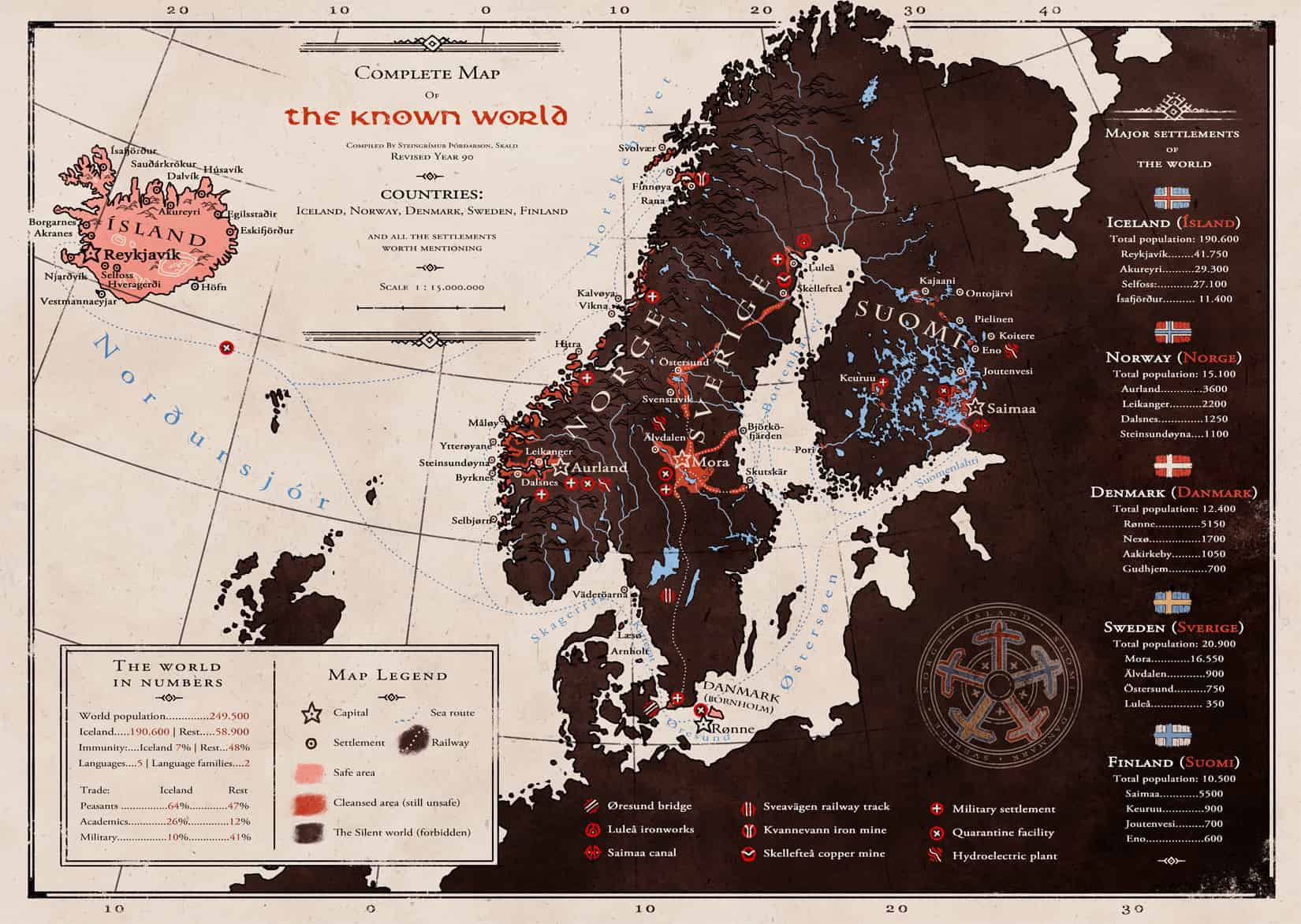 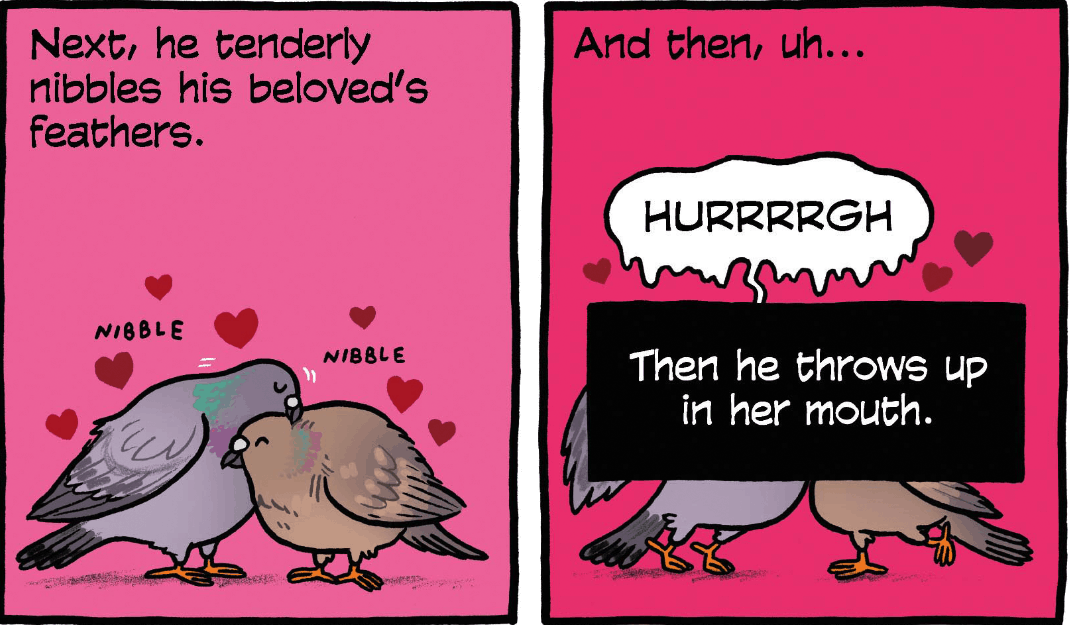 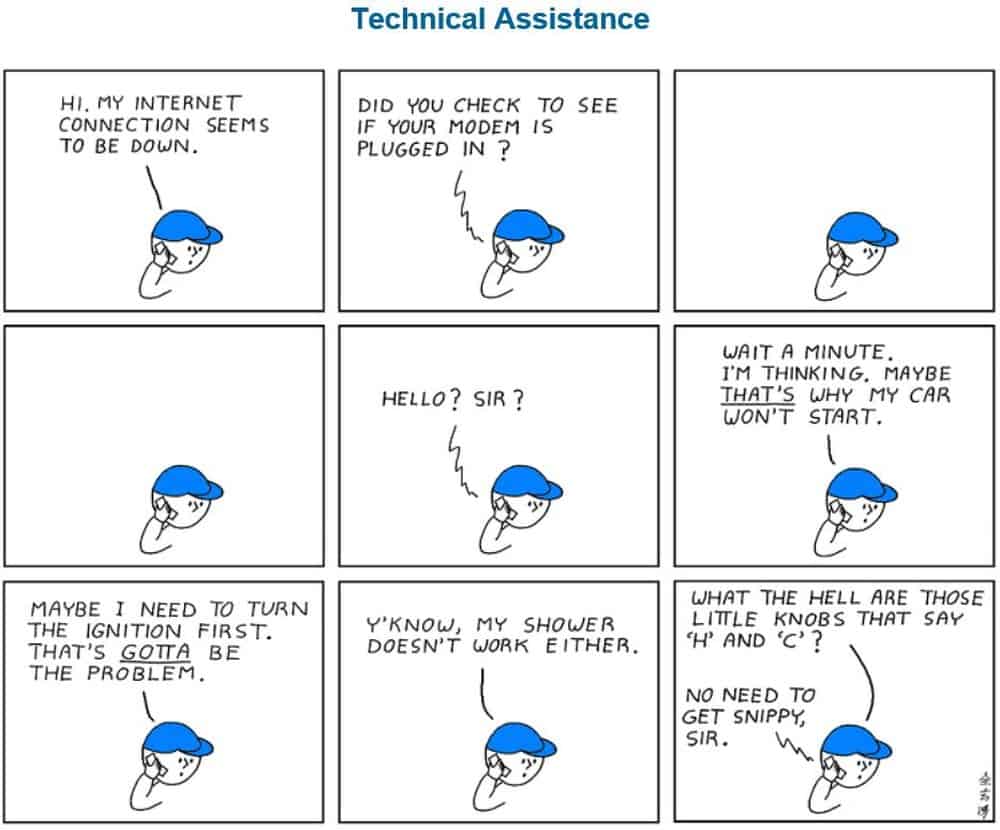 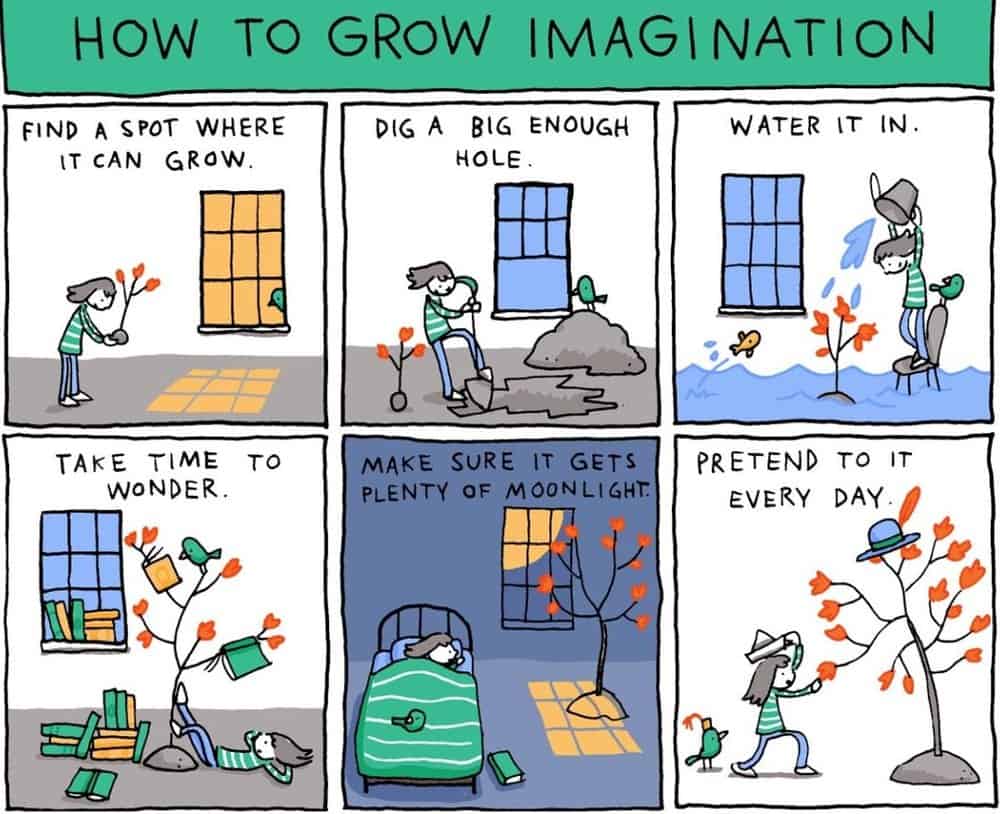 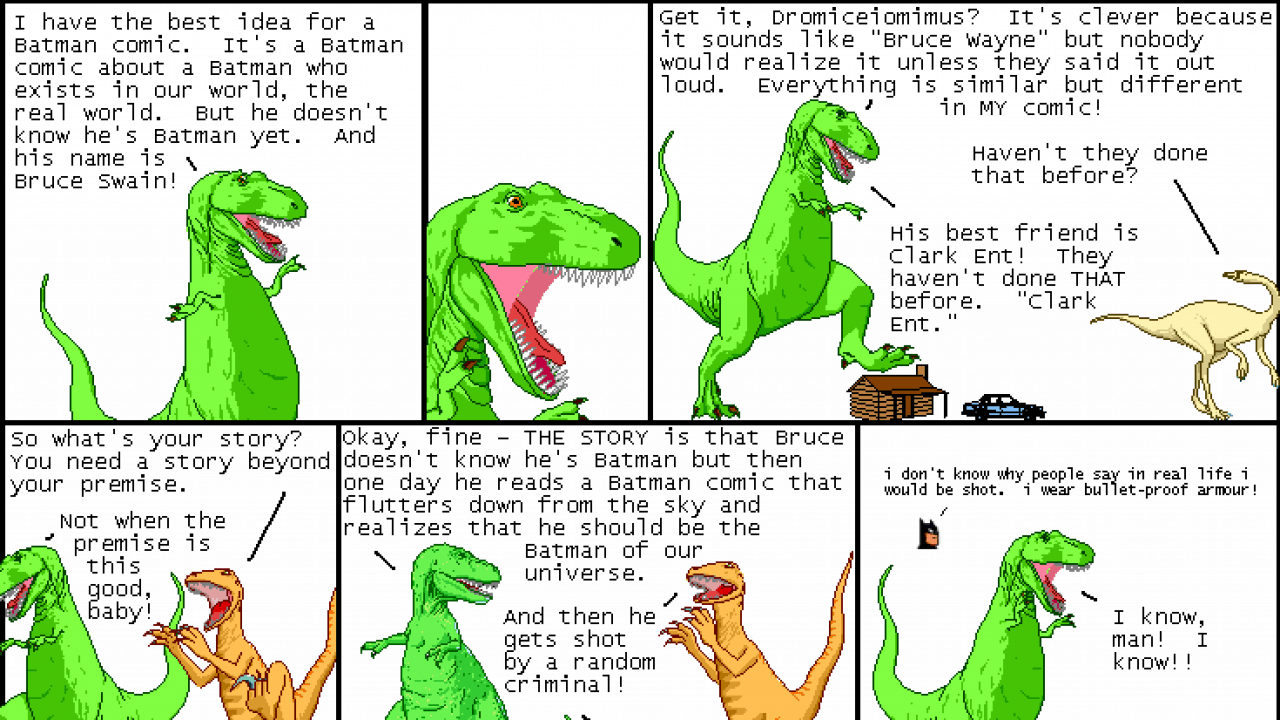 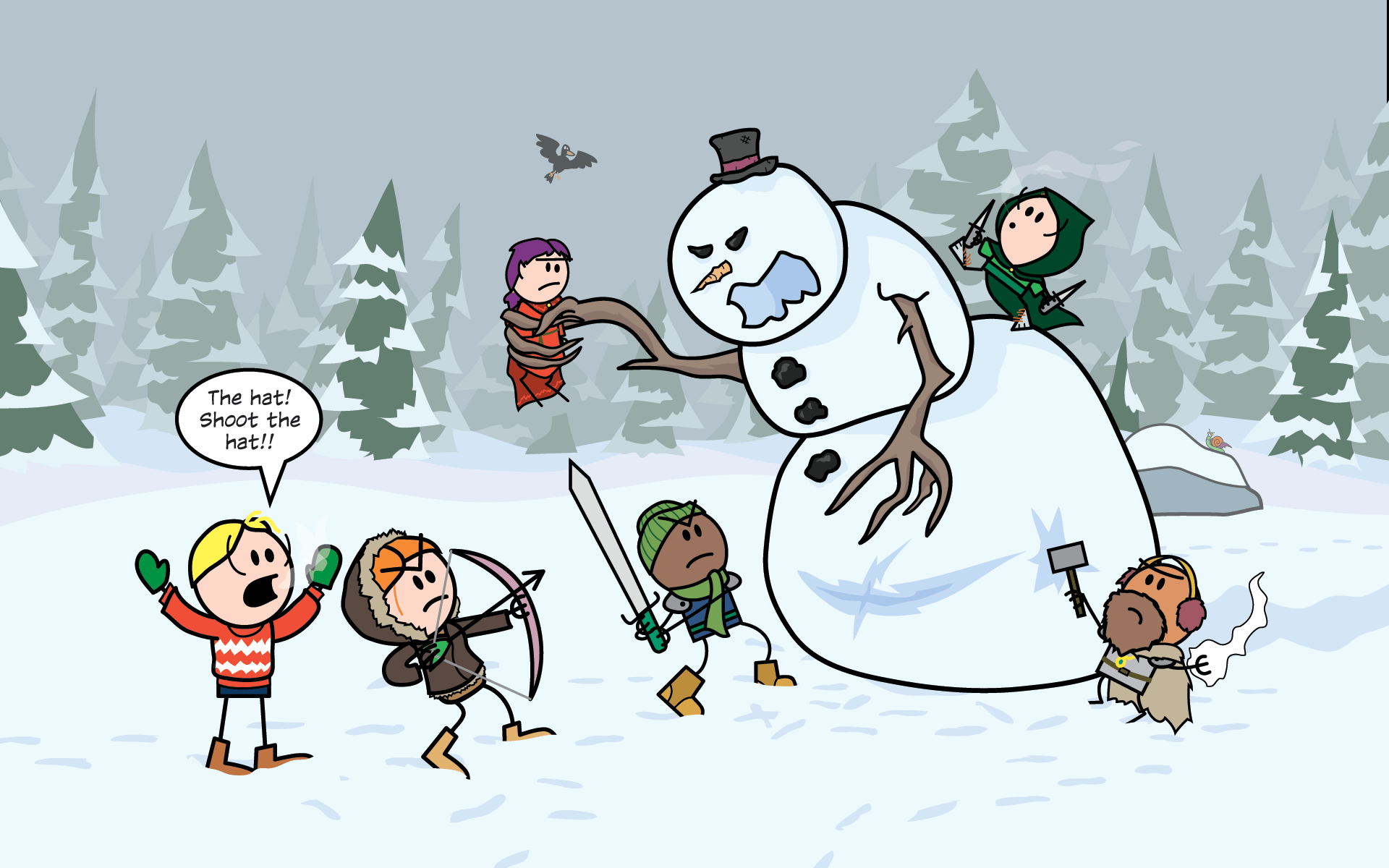 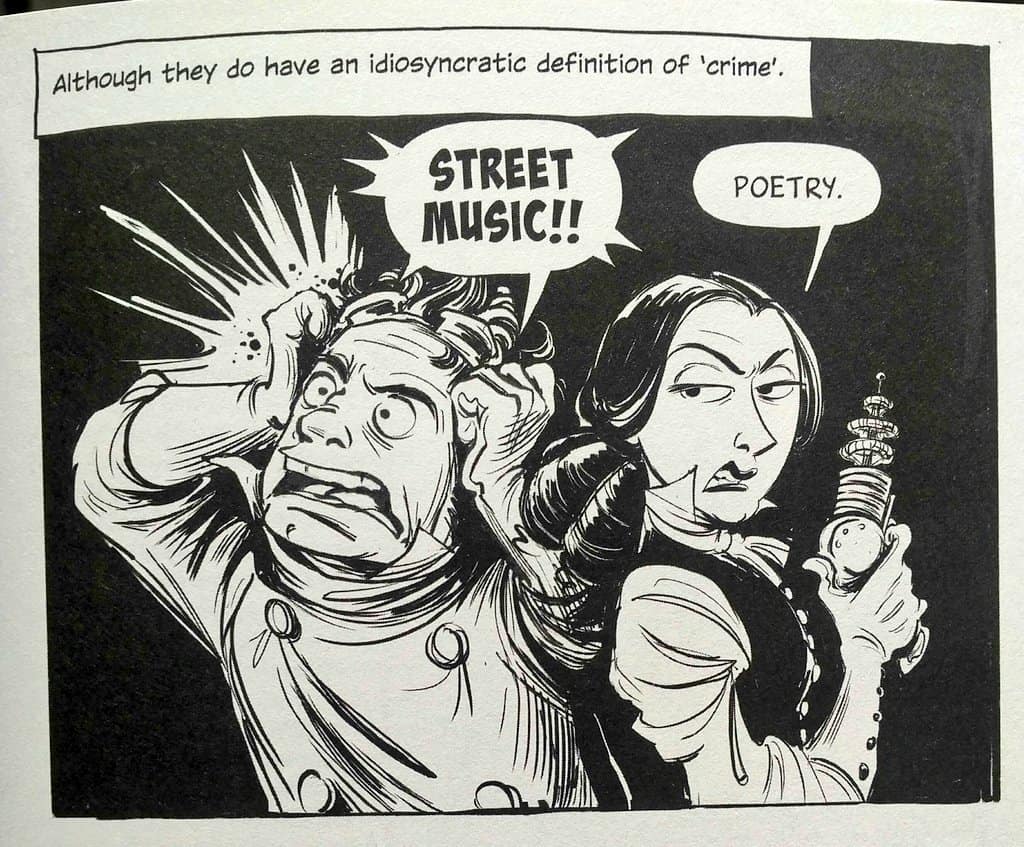 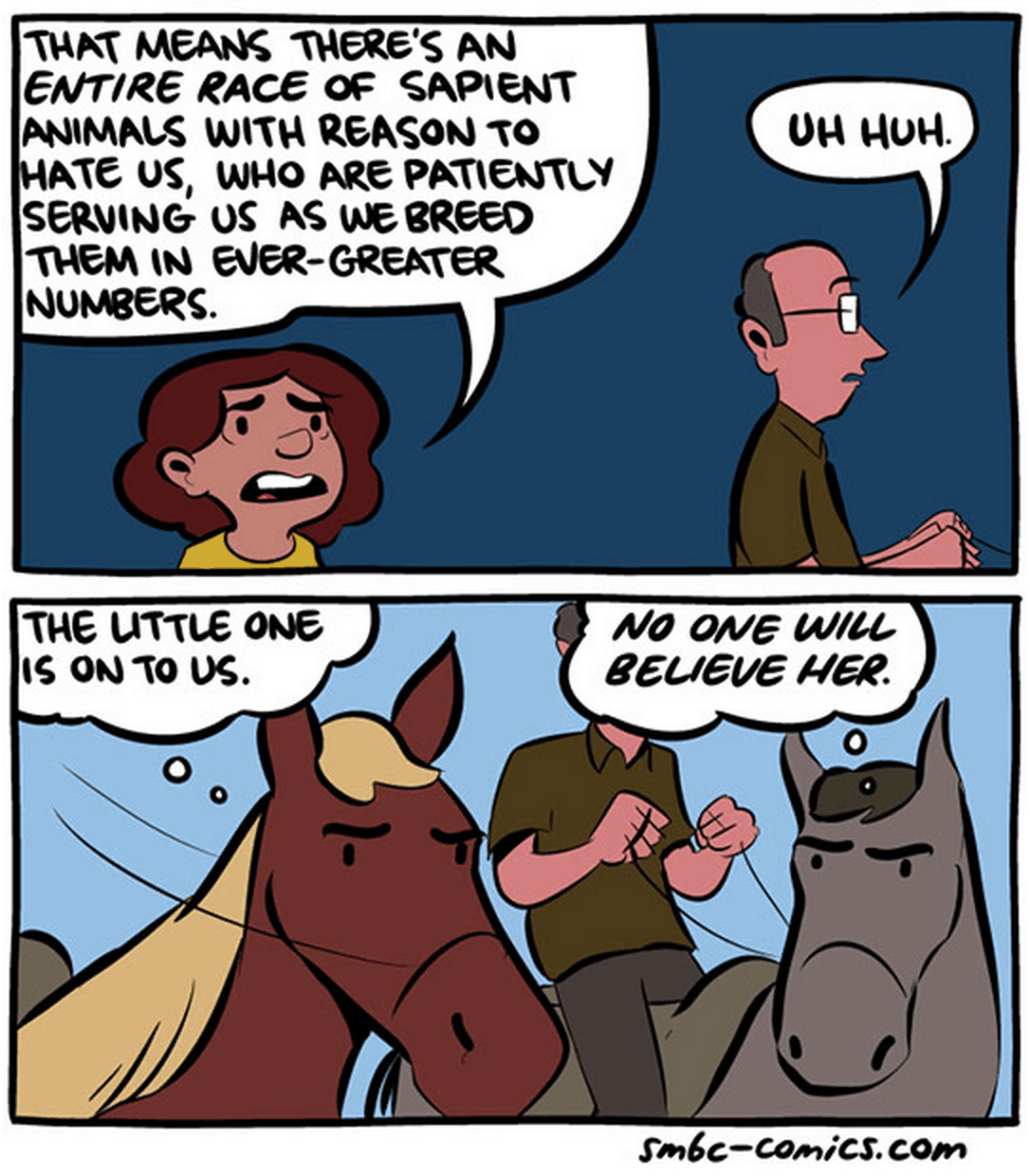 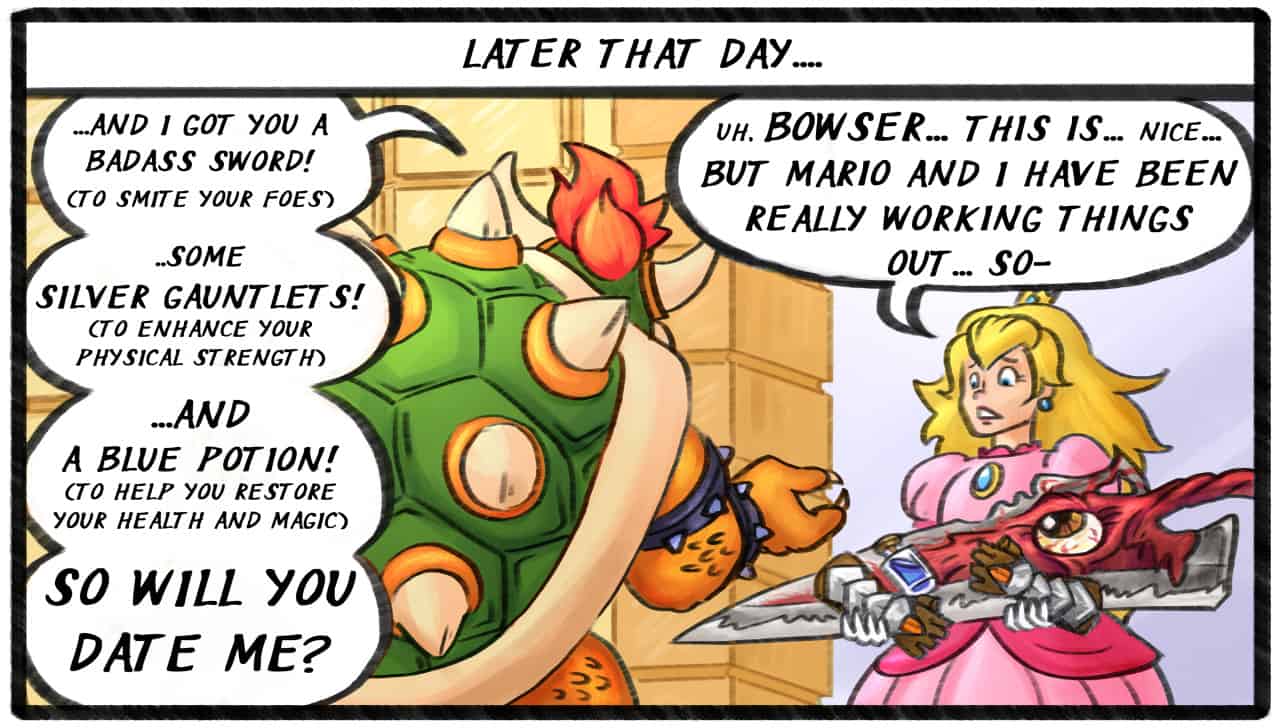 The malleability of the internet has the power to revitalize any artistic medium, and give it powerful new life. Nowhere is this more apparent than in the web comics that are floating around the world wide whatzit. Like stand-up comedians, the bits of the online world that would once be considered “funny pages” have taken on new life as being not only capable of causing serious belly-laughs, but also of holding up a mirror to society in a way that shocks, informs, entertains, and can help us think, change, and grow.

For both broadening your horizons and getting some cheap laughs along the way, here’s 16 comics on the mystical internets that will give you a good guffaw.

It begins with a group of the most macho men from pop culture and video games brought together, but gradually evolves into a lark about what it means to be a modern man, and a strangely accepting point of view. An oddly sweet redefining of masculinity, guys will get an endless string of amusement from the testosterone-laden love letter to true guys.

Reflective at times but mostly about the ridiculous stupidity of the human experience, SMBC is a prime example of how great minds can come to daft conclusions, and the weirdness we all experience and take for granted. Sometimes a little too smart for the room, it’s usually a fun mix of myth, mayhem, and math all in bite-sized pieces for anyone to enjoy.

The Thrilling Adventures of Lovelace and Babbage

Esoteric in the extreme, this is a historical offshoot of the first geniuses to ever invent a computer during the Victorian era. Though they actually died of routine ailments, the comic explores what would happen if they fought weird crime in the past, using only the most archaic tools. It’s Person of Interest meets DC’s Legends of Tomorrow…kinda.

The Order of the Stick

Though it seems like pure brain candy that satirizes the world of role-playing games like Advanced Dungeons & Dragons, The Order of the Stick uses that medium as a chance to show the need for differing points of view in solving problems and coping with the difficulties of the world. Plus, they stab kobolds. Roll for initiative.

The drawings never change, forever showing a pair of dinosaurs stomping on a cabin full of people. The dialog does alter, however, showing a broad array of hilarious ideas behind two ancient beasts trampling a few bystanders just for laughs.

Bookworms will particularly enjoy this self-effacing look at literature. Aspiring artists in any format will find the ideas presented fun, prescient, incisive, and inspiring. It’s also a treatise on finding your passion, all in joke form.

Sometimes venturing too far into the technical world, usually XKCD is a mockery of the digital world where people increasingly work and play. Those who spend too much time online will see themselves in the hilarious world that is our very own special friend: Mr(s). Internet.

A challenge to the medium of web comics, the entire story is taken from the author’s grandfather who is gradually slipping into dementia. Sometimes funny, but often a stark reminder of aging, loss, and a reminder to live for the moment, you must not blink, lest you miss the genius or the joke.

It’s reality as seen through the various warped minds that populate the world. As much about our inner workings as imaginative beings as the clumsy world around us, Abstruse Goose reminds us how small and crazy each one of us is, yet how huge we are on the inside.

Especially designed for animal-lovers and naturalists, Bird and Moon takes a look at people as seen by the creatures with whom we share the planet. Opinionated without being preachy, it’s good for altering perspective and having a laugh at our own arrogance all at once.

Set in the future, but also drawn from Norse mythology, this is a sci-fi epic with gods and technology in a dystopian future which is truly about the workings of friendship. The story bobs and weaves from triumphant to downright preposterous, like a finely crafted film or surrealist tale. All who love and sometimes hate their friends will find themselves here.

Call it childish if you must, but for those of us who aren’t terribly cerebral, this is an excellent introduction to the great thinkers of the world, all done in wacky cartoon form. Beginning with a quote or notion set forth by historical figures, a whole idea is played out to fruition, allowing anyone who prefers not to think deeply to gain insight into the wild minds that helped shape this world.

Though a wonderful comic, this is more of a survival guide for getting by in a world gone completely upside down. People who wanted Dilbert to actually be good will find the DogHouse Diaries to their liking. It playfully nudges the hypocrisy of the world, while never being judgmental, hateful, or harsh. Everyone is in on the joke and invited to play along.

Capturing many of the things we think but do not say, MegaCynics is ultimately about the family we build around us, and the strange ways that affection translates from nothing more than surviving the weirdness each of us visits upon those who we think of as home. Plus, a ninja named Cookie.

Failing Sky is a decidedly difficult investment, as the unusual scrolling artwork forces the viewer to be part of the tale, which begins with unrequited love and then transforms into a bigger story. Being thrown headlong into the fray, it’s easy to get transfixed by the stunning drawings that are worth second and third looks, just to see all that is happening in each frame.

Putting all of the philosophers both new and old into a single space allows for some interesting ideological fights, all folded into a context that us laypeople can comprehend. You don’t need to be a deep thinker to get the punchlines – thankfully – nor have a background in academia. It might be better if you’re into book-learnin’ but it’s hard to imagine that’s true.