The Jungle Book: Story Of Incredible India, in Pictures 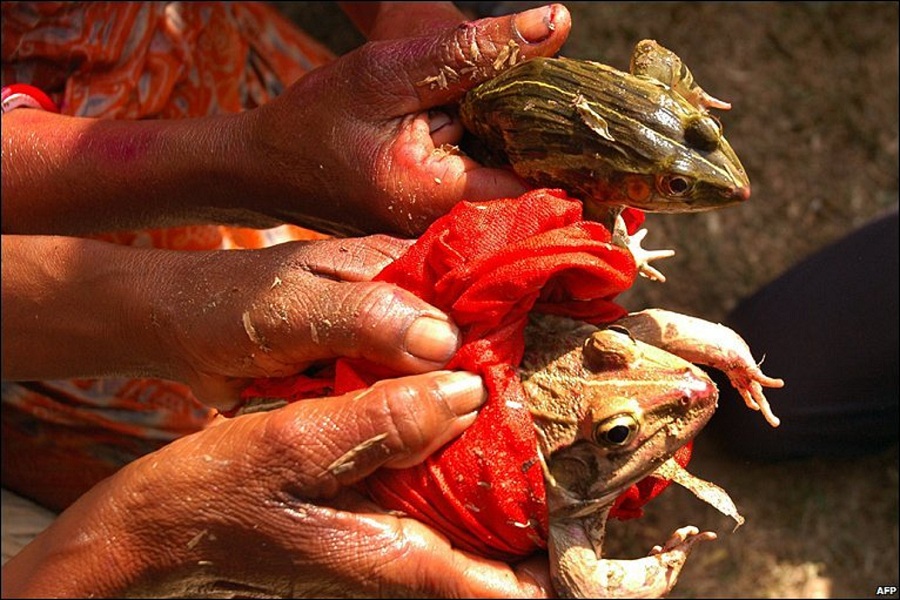 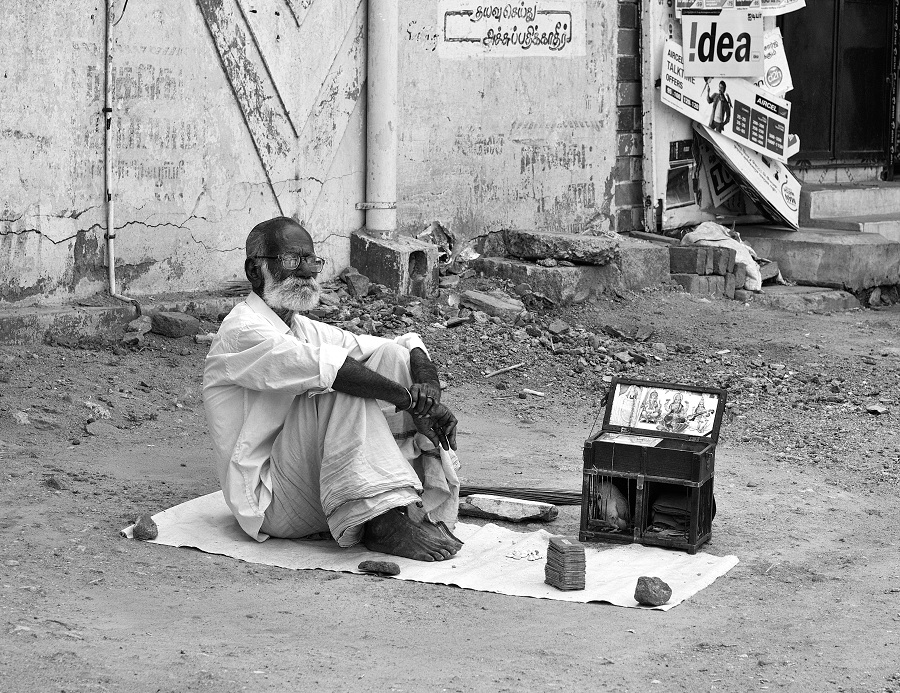 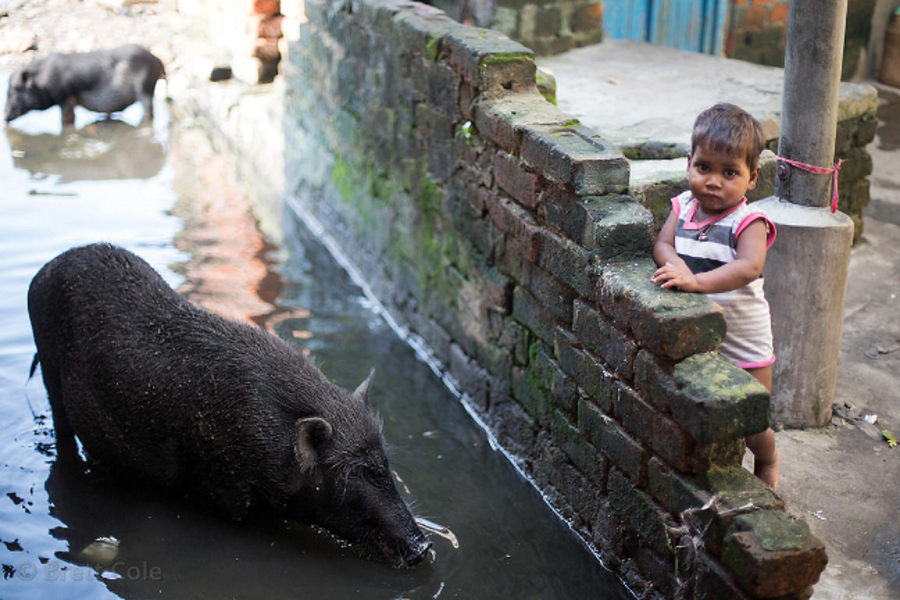 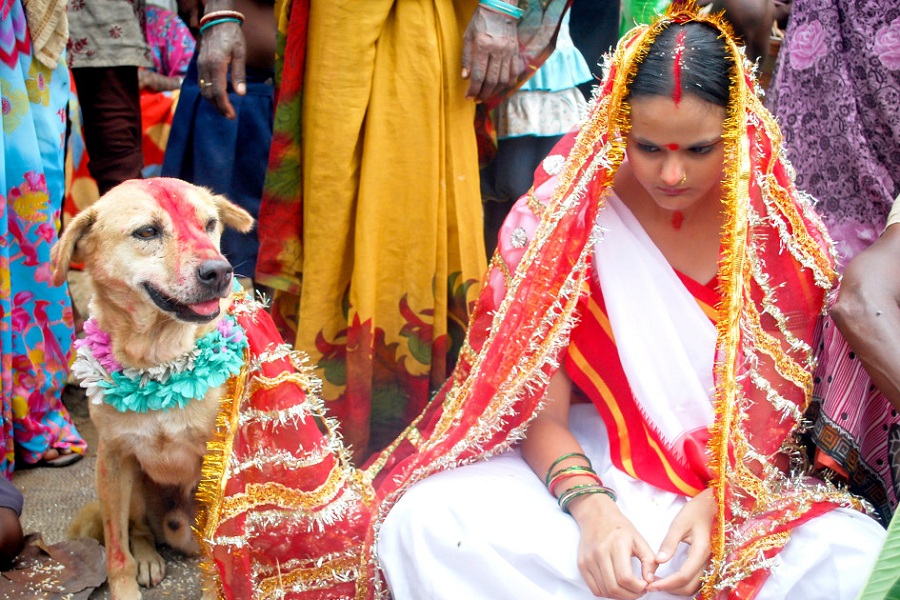 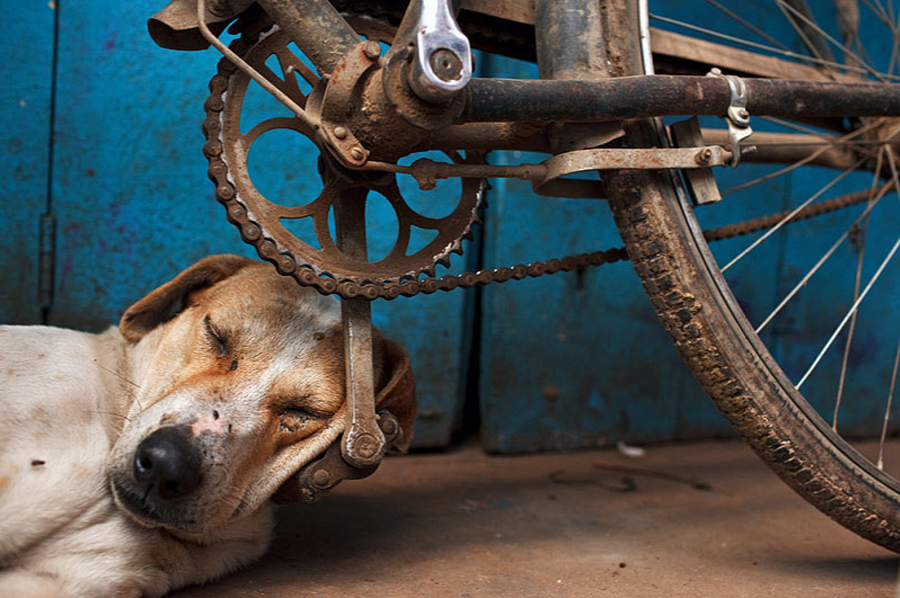 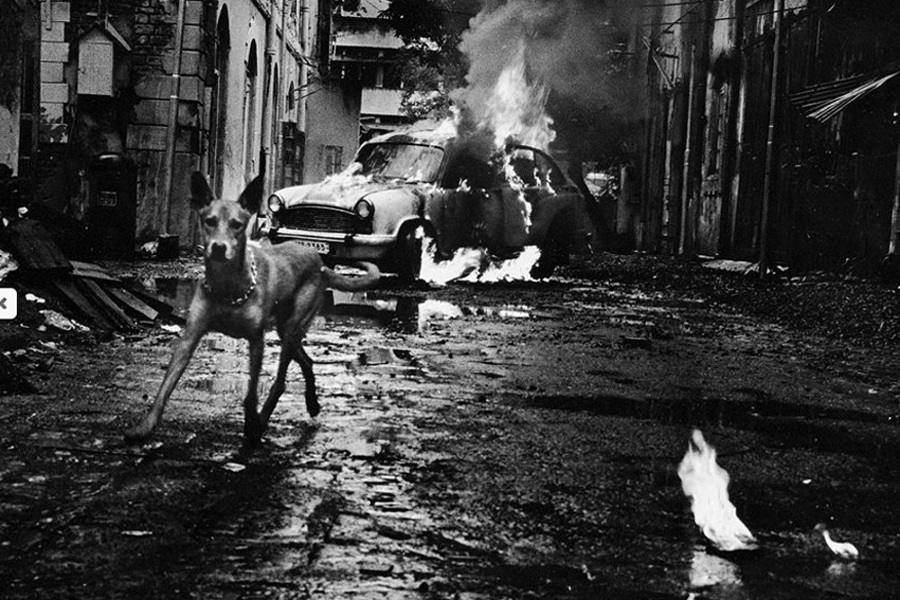 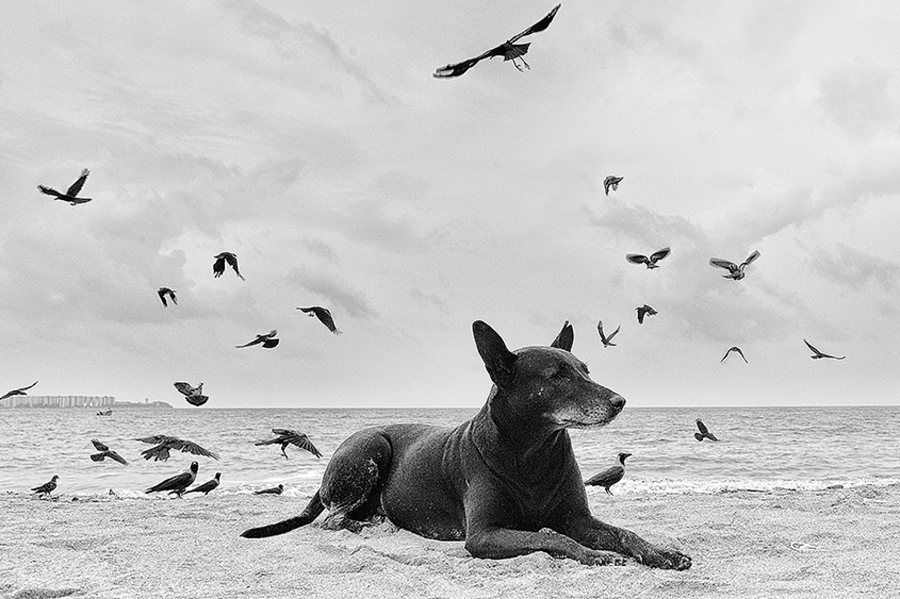 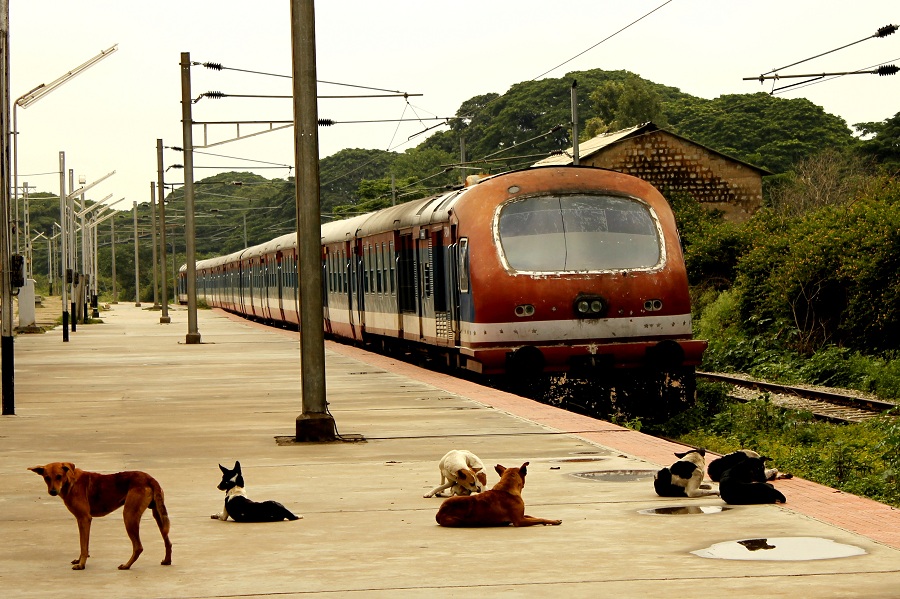 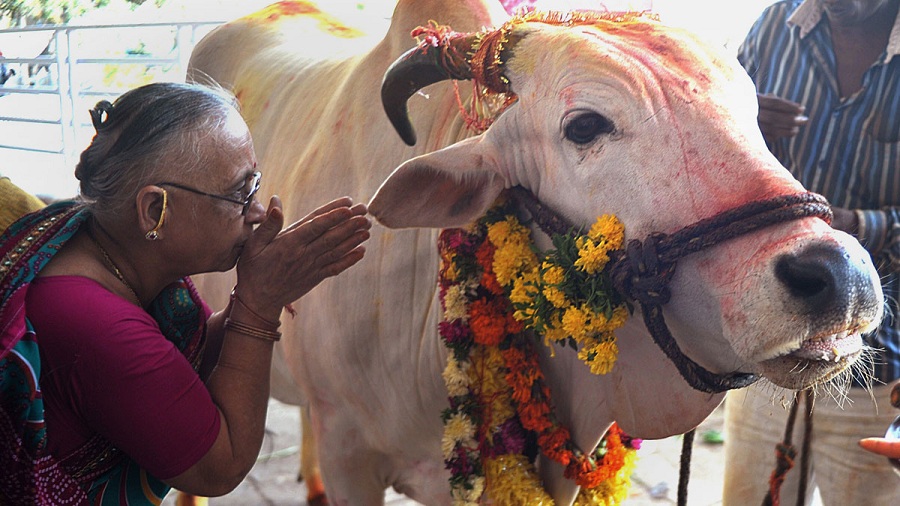 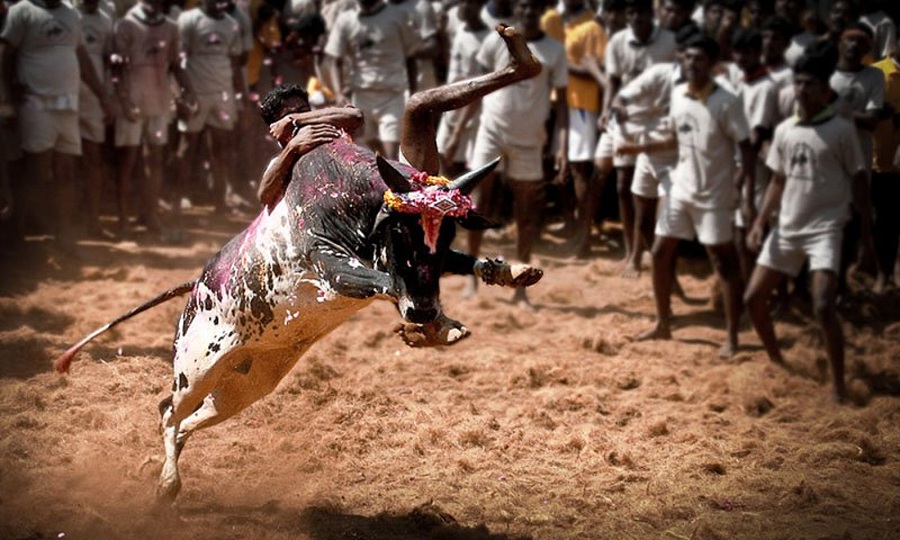 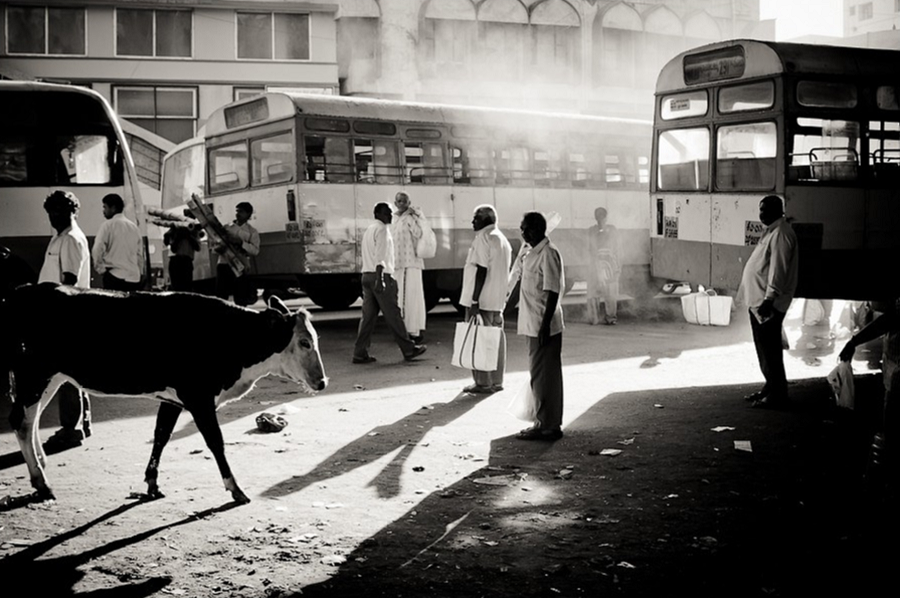 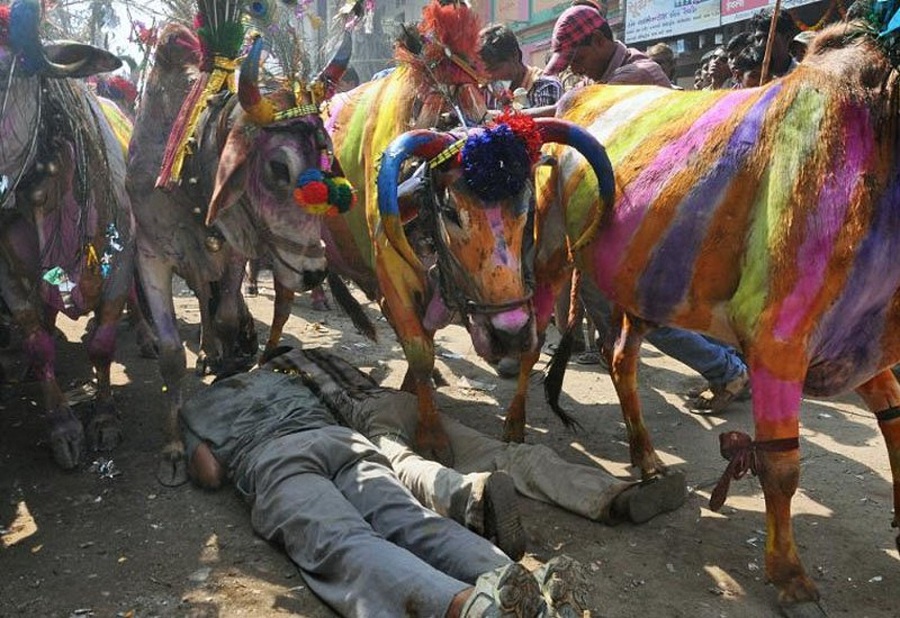 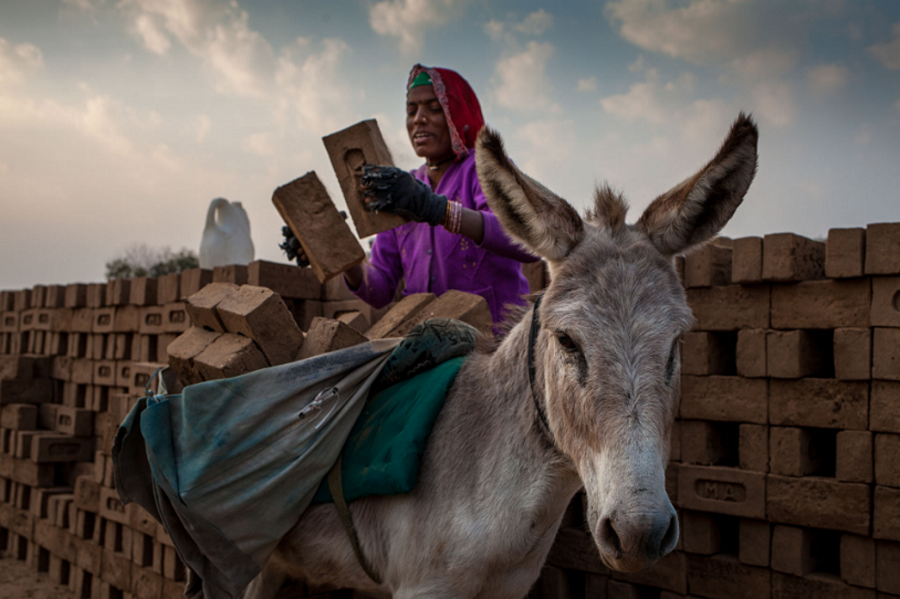 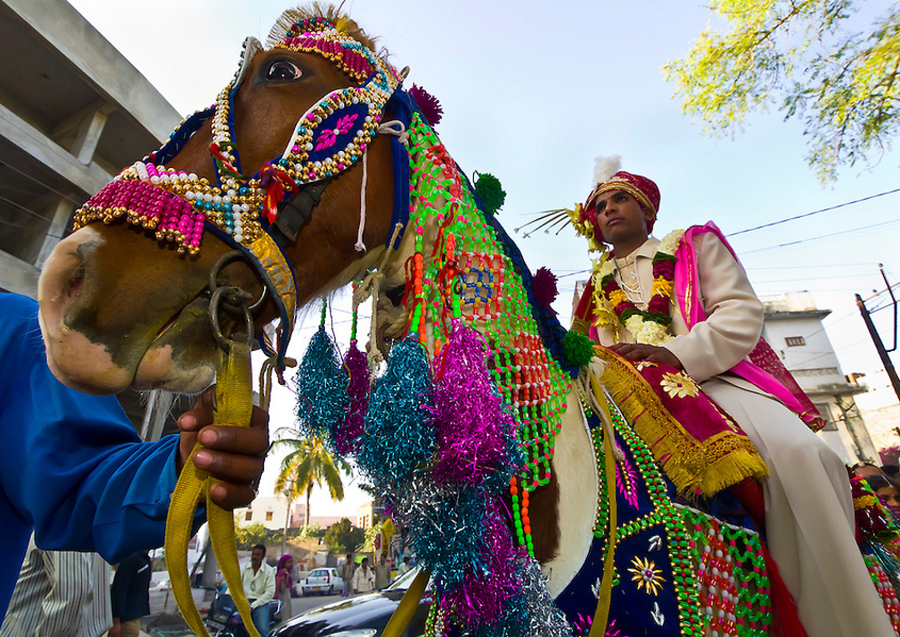 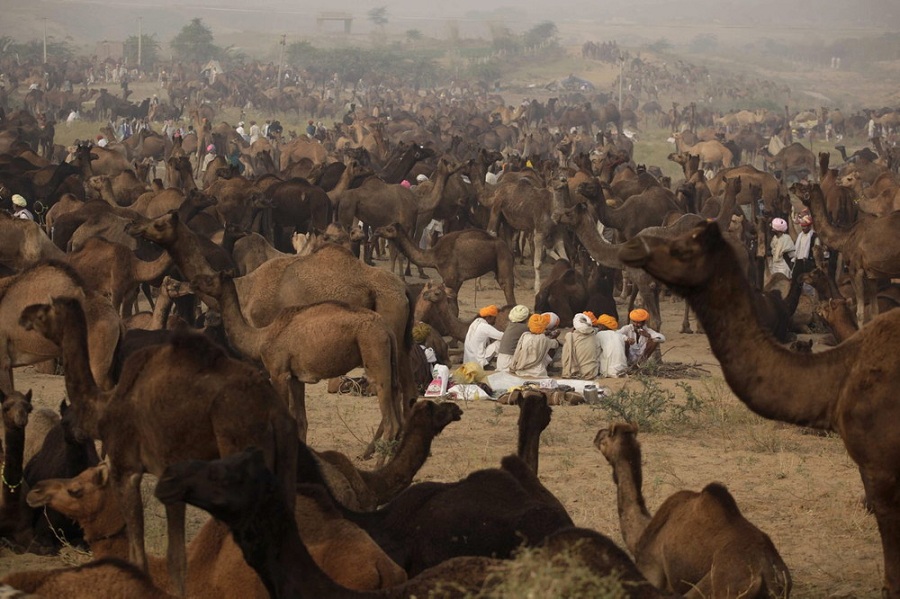 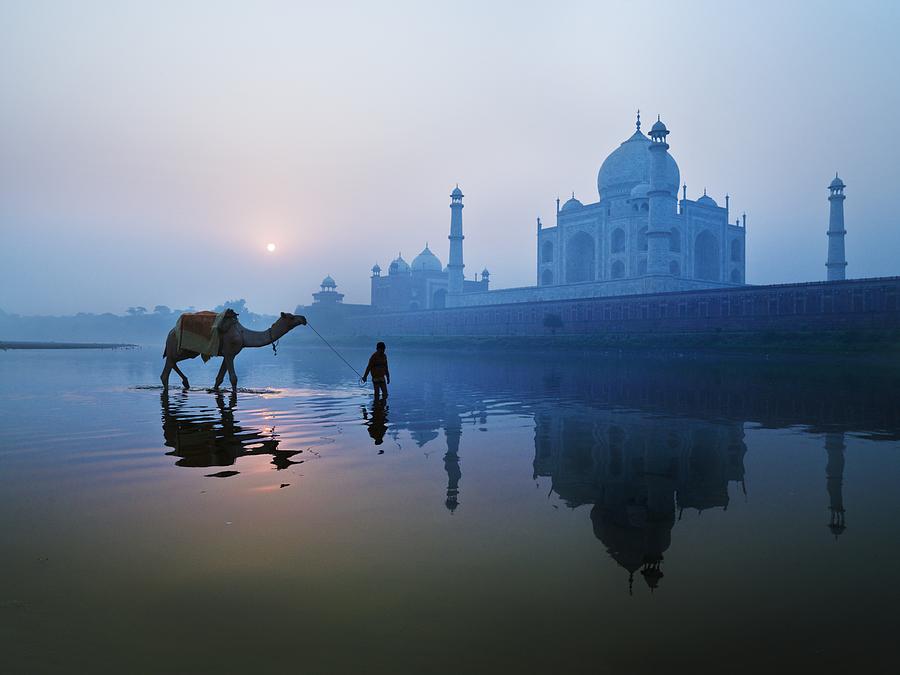 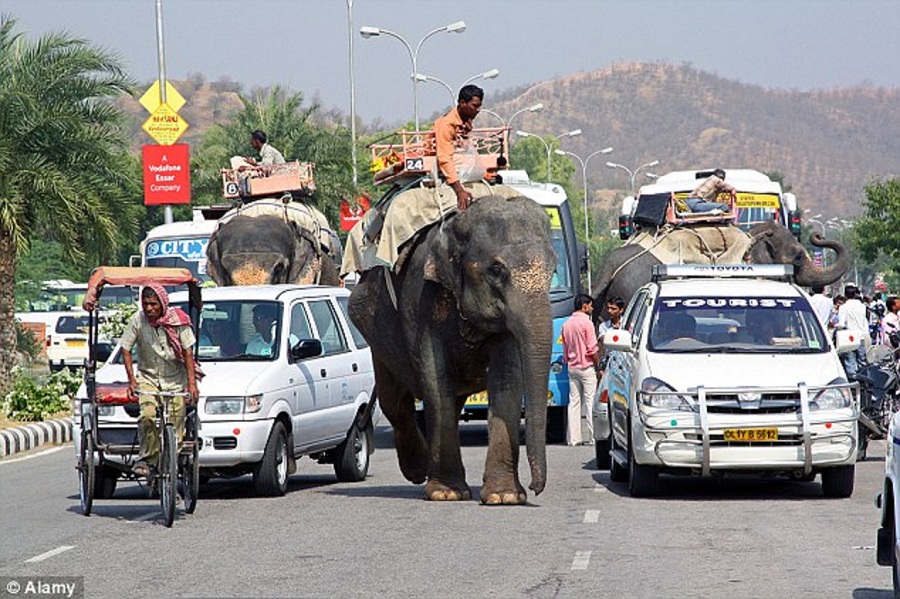 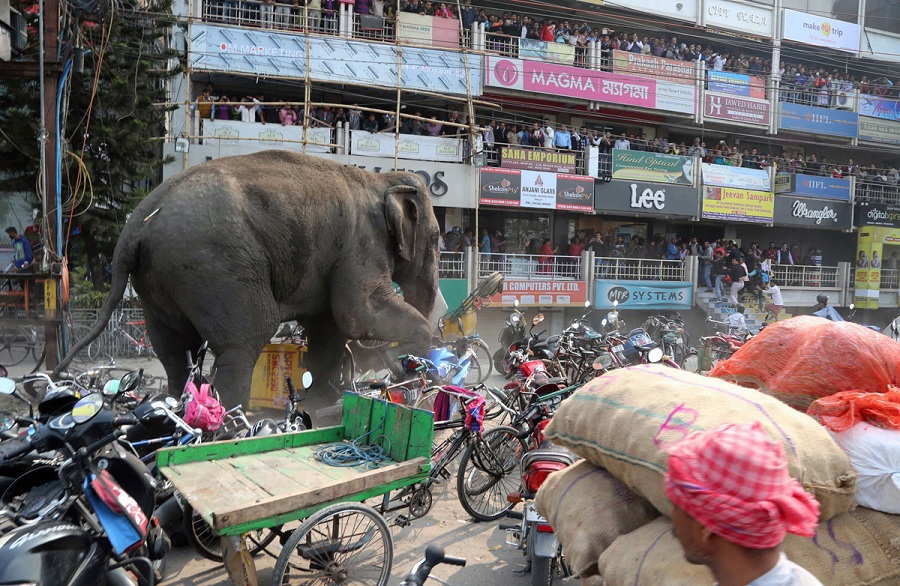 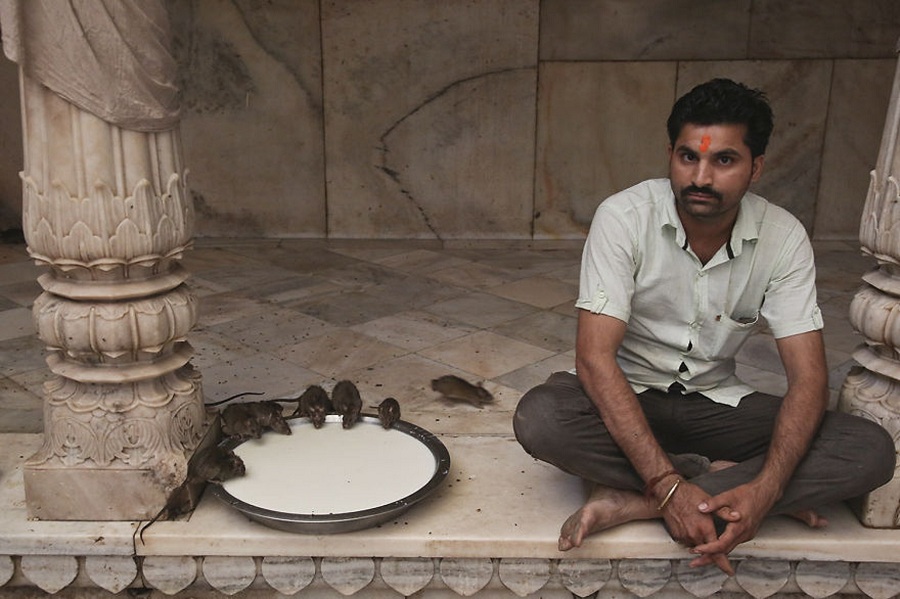 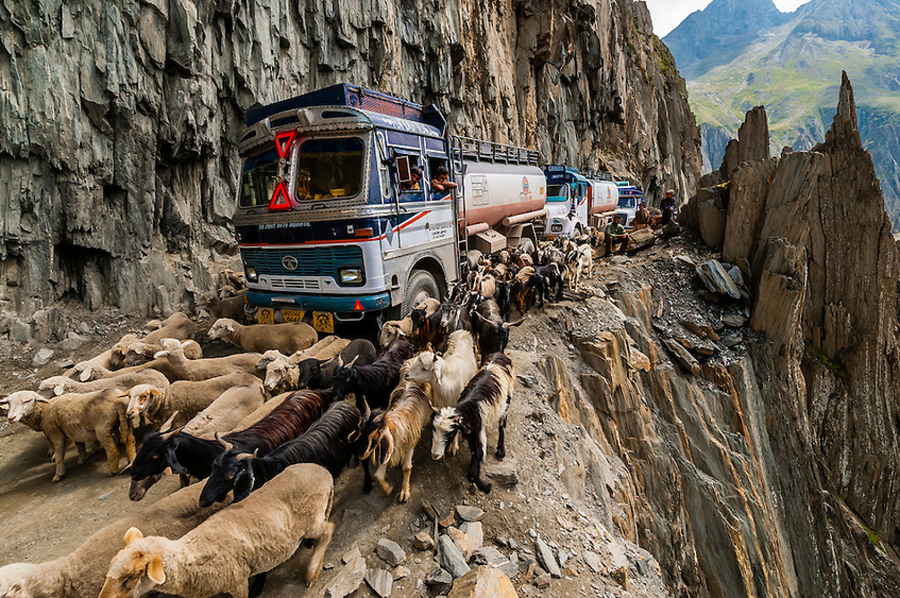 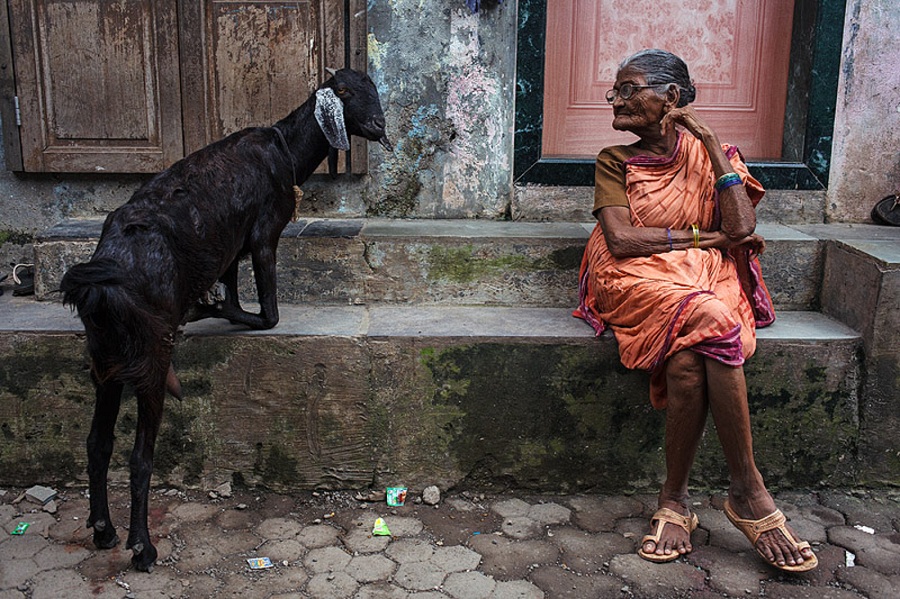 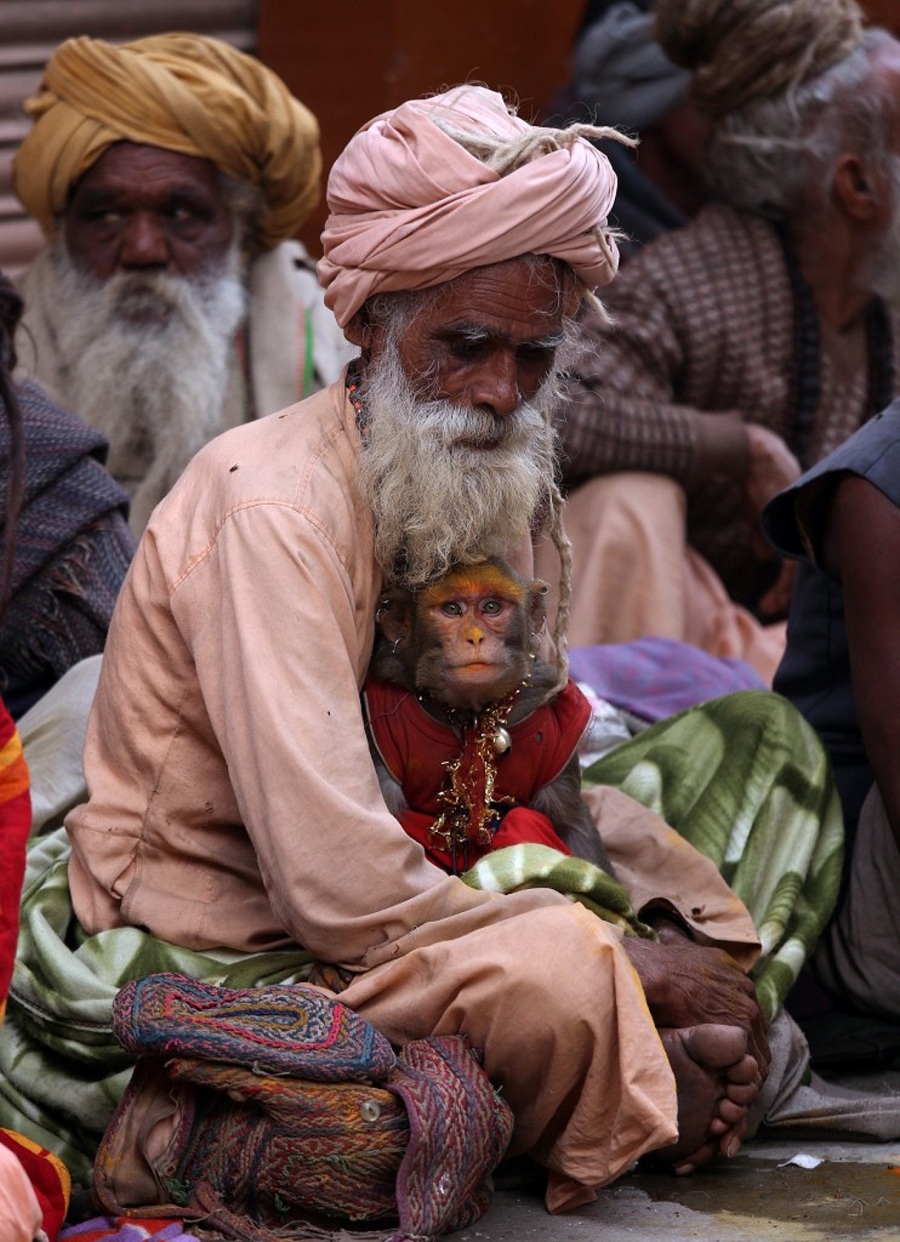 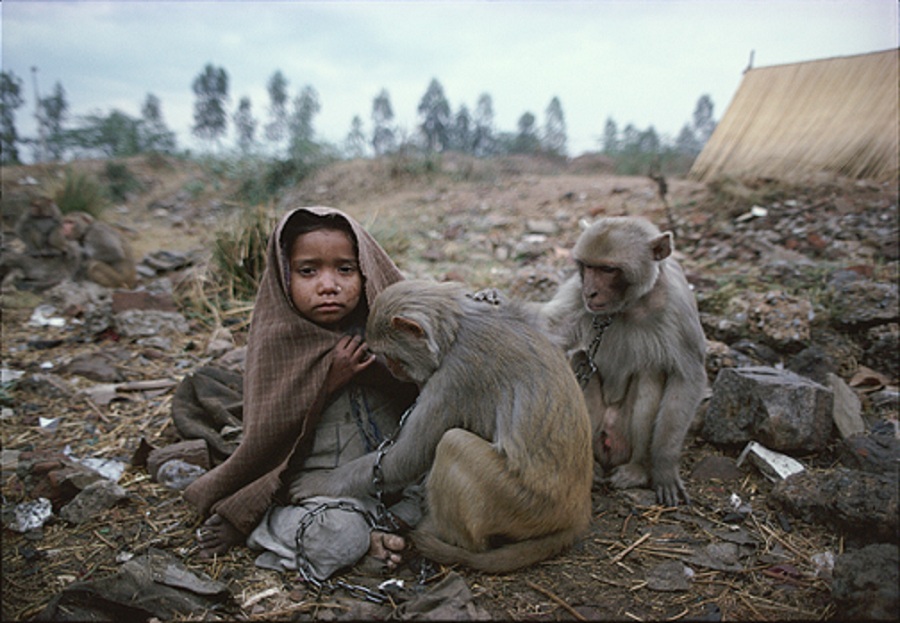 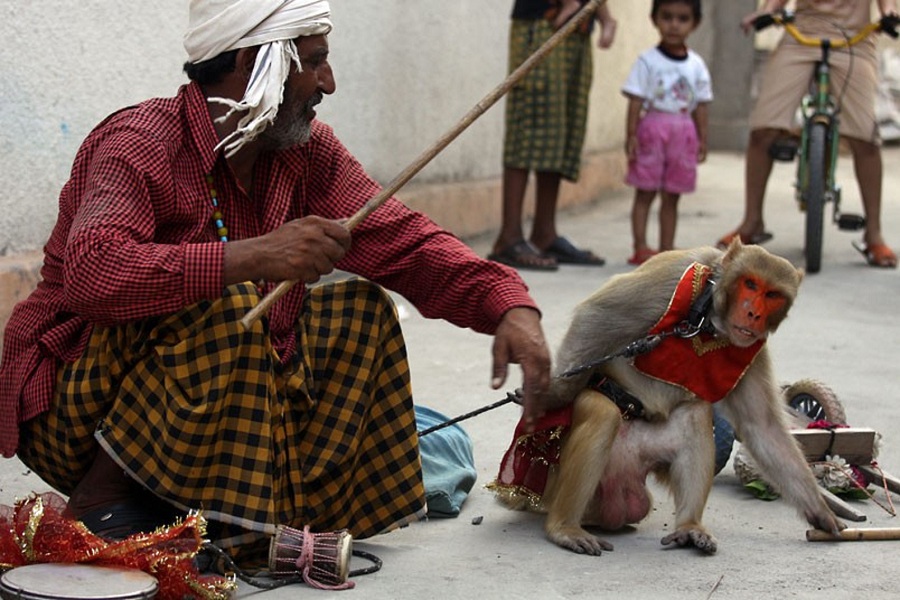 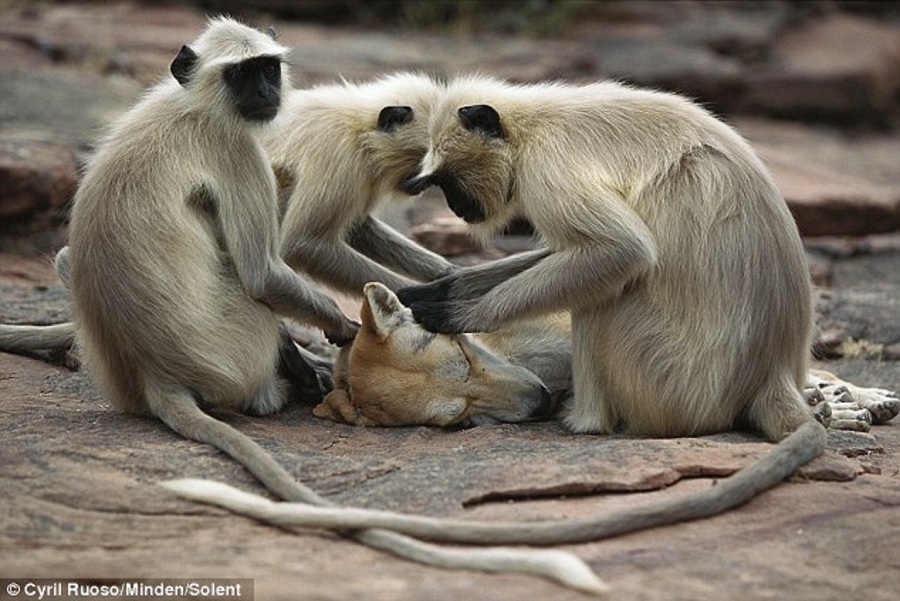 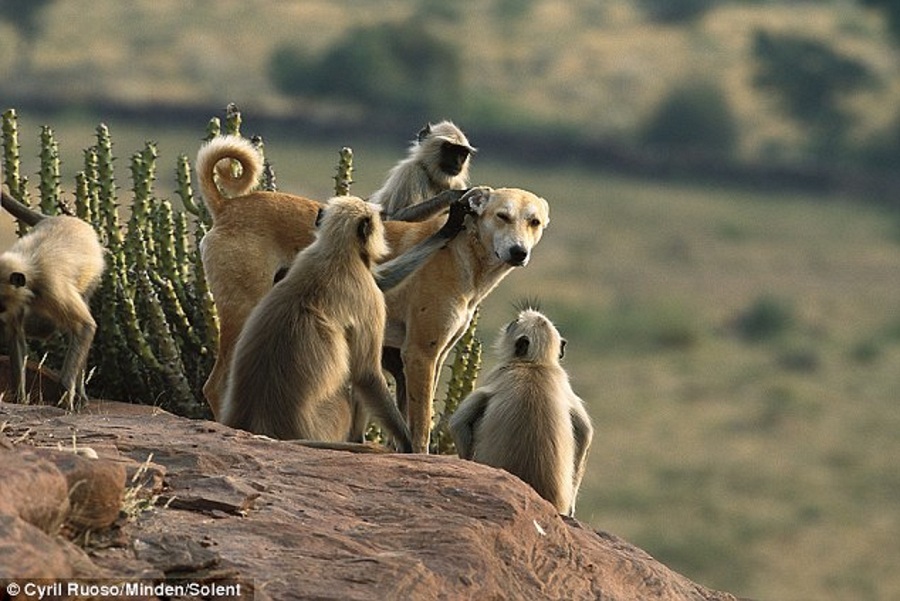 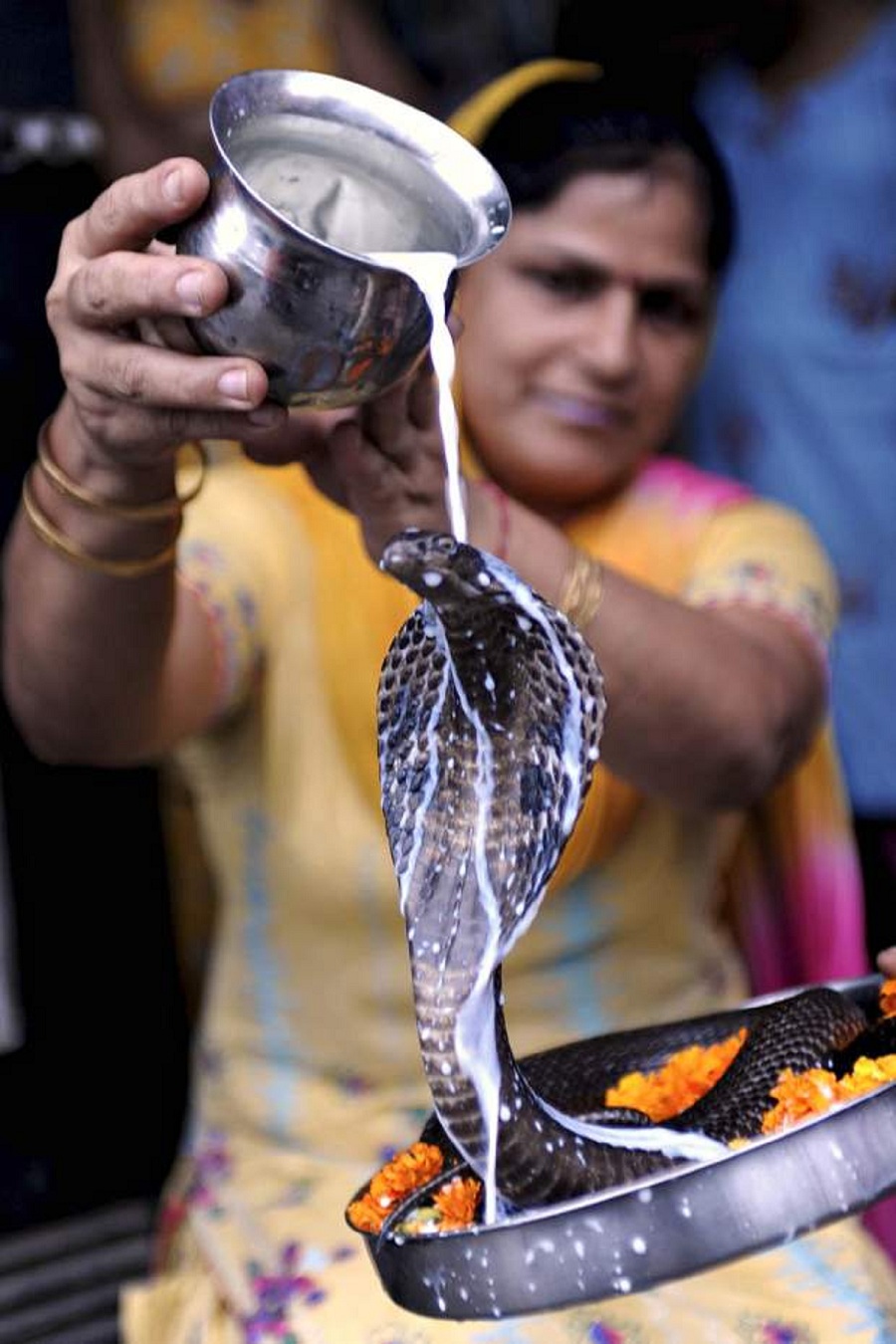 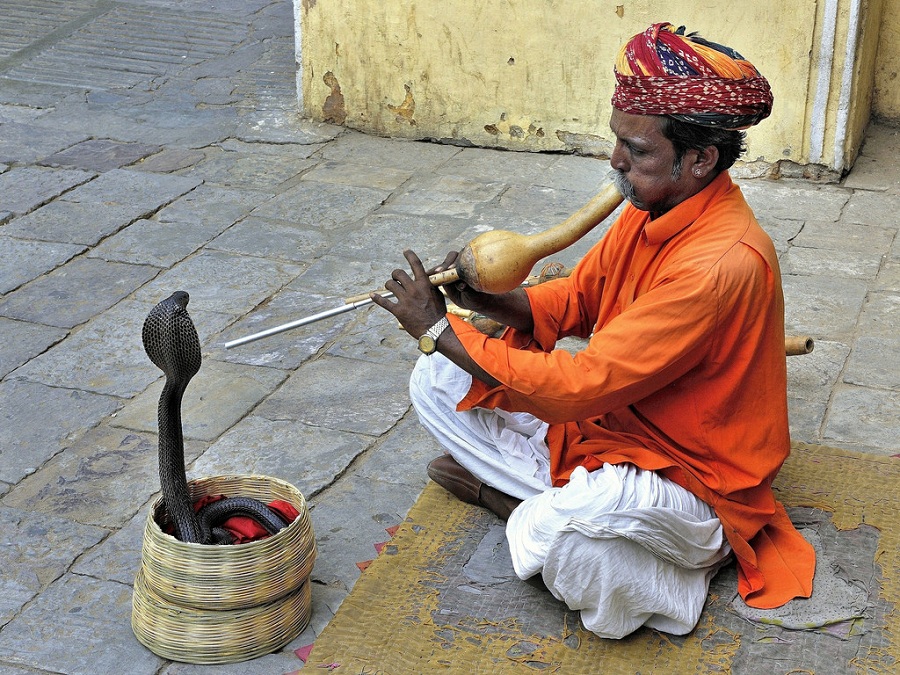 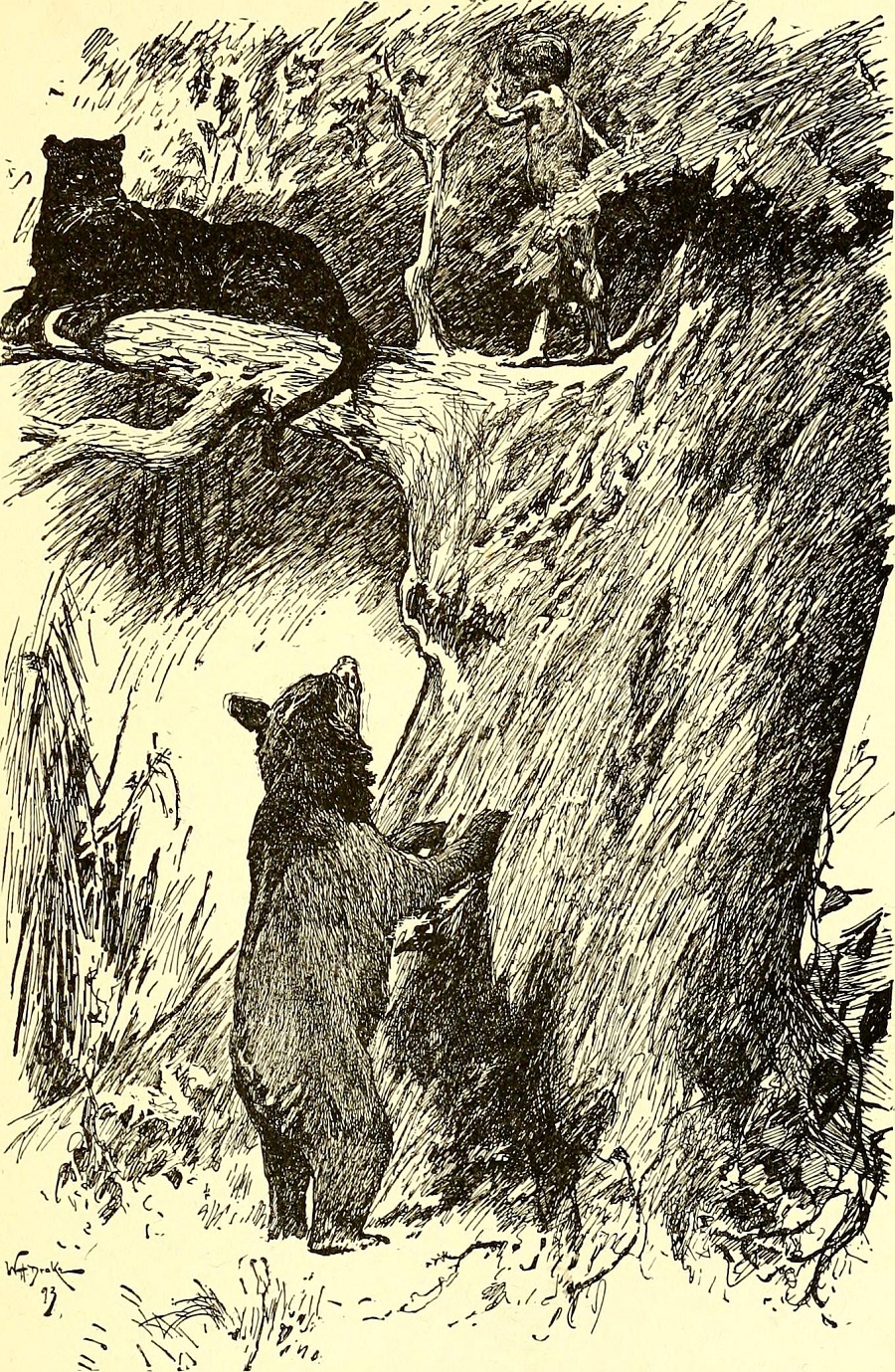 Young or old, we all know The Jungle Book.  The fantasy adventure film that was just released this year — following a story written more than 120 years ago by English author Rudyard Kipling — is currently a huge hit around the world.

There are many theories about what inspired Kipling to write the story of Mowgli, a “man cub” who is raised by wolves in an Indian jungle. Some say the story is all about British Imperialism in India, with Mowgli representing the British. While some say that he got inspiration from other people’s books and photographs. But many believe that Kipling got the idea from what he saw in India when he was living in the country for many years: people and animals living together in harmony. And his father John Lockwood Kipling’s book Beast and Man in India: A Popular Sketch of Indian Animals in Their Relations with the People, which was published before The Jungle Book came out, probably helped Kipling to make up his mind.

Lucky for us, we get to see what Kipling saw in India more than a century ago. Although India is now a fast growing nation with a lot of big cities throughout the country, most of the places in India (urban and rural areas) still have many species of animals roaming around streets and railway stations, venturing onto busy highways, climbing on electric posts, and living peacefully (or sometimes in violent ways) around humans. Hard to believe? First of all, I live in India. So, I know. Secondly, we have proof too.

You have Kaa the snake in The Jungle Book — and you have this guy below, playing with his own Kaa. Snake charmers can be seen around many places in India, usually on the side of a road. They get paid for making the snake “dance” to the movement of the musical instrument called pungi. The snakes follow the pungi with a widened hood, while the music from the instrument is just for entertaining the humans who are watching. Although snakes can hear sounds, they do not have an outer ear to listen to music.

And there are some places in India where snakes are worshiped. While doing the Nag Panchami rituals, devotees offer milk to snakes.

In The Jungle Book Bandar Log is a tribe of monkeys who kidnap Mowgli and present him to their leader, King Louie, to learn the secret of fire – the “red flower”.

Monkeys can be found mainly in northern India, and they tend to be around people to snatch food from their hands, rob fruits from fruit sellers or munch on leftover food from restaurants. Some monkeys live harmoniously with other animals around, like these grey langurs who have found a friend in this lucky dog.

Some folks capture monkeys, train them to dance or do tricks, and then perform in front of a small crowd on streets. Some monkey trainers are cruel to the poor animals, training them via beatings and food deprivation.

Sadhus (holy men) take care of their pet monkeys really well, though most of them still use chains to control them (usually for the safety of the pets).

You Have Goat To Be Kidding Me

People in India domesticate goats mainly for meat and milk. But most of the families do not have enough land for creating a grazing area for these animals. So they usually let goats out during the day and they return by evening. The goats roam around town and graze on small patches of grass they find on the roadside, eat fallen leaves, feed on food given by empathetic people, or sneak into someone’s garden to chomp on plants.

Unless you have one as a pet or like eating its meat, you are probably not interested in being around a rat. They can bite you, scratch you, and spread disease. But there’s a place in India where rats live heaven on earth.

Called the Karni Mata temple (also known as the temple of rats), this place is full of people worshiping rats and feeding them milk and sweets. People have to walk barefoot inside the temple (it’s the rule at all Hindu temples), but the rats do not attack humans as they have gotten used to the devotees.

Elephants can be found mainly in the forests of India. But they can also be found at many Hindu temples across the country and at the houses of many rich people. Elephants becoming part of temple processions on the road are a regular thing with the mighty creatures being used for hauling logs and trekking.

During the annual festival of Thrissur Pooram, which happens in the south Indian state of Kerala, many elephants are paraded in front of thousands of people.

Wild elephants as well as temple ones roam onto the streets sometimes to cause havoc all around. It usually happens when male elephants are in musth. Below is a wild elephant wandering around the streets of Siliguri, in India, destroying public property. It happens occasionally in the country.

The picture below shows a man with his camel. He is walking on the river Yamuna beside the beautiful Taj Mahal, one of the New7Wonders of the World.

Camels in India are used for milk and meat (although slaughtering them is banned by Indian law), and they also help to pull carts.

At the annual Pushkar camel fair conducted in Rajasthan in western India, around 50,000 camels are paraded and traded.

Horses and donkeys are usually used for transporting people and pulling carts loaded with goods. But horses are also used during wedding ceremonies as a ride for the bridegroom (sometimes, though very rarely, also for brides).

In Kerala where I, the storyteller, live, cows, bulls and bullocks are slaughtered, and beef is available at most beef stalls. But in some other states in the country, cattle slaughtering is banned. In many places in north India, if you are lucky you not to end up in the hands of religious extremists after you are found possessing beef. But you will be taken into police custody and put in jail, which is better than getting slaughtered by fanatics.

To the Hindus, cows are sacred creatures. There are many festivals in the country related to the cows. An example is the Govardhan festival. It involves a ritual that allows cows to trample over devotees.

It’s a regular thing to see cows on busy roads and at bus stands in India.

As part of a festival called Pongal, the south Indian state of Tamil Nadu used to conduct a sport called Jallikattu. It involved hundreds of men chasing a bull to get hold of a prize from its horns. The horns, by the way, used to be sharpened. Bulls used for these festivals were not killed, unlike the Spanish sport, but hundreds of people have died participating in the event. Good thing it’s been banned in today’s India.

Stray dogs, cats and other creatures

Okay. We know. Dogs can be found in a lot of places around the world. But we have stray dogs everywhere in the country, including places like railway stations.

Or at the beach, surrounded by crows.

Or in front of a burning car.

Or with its head on a cycle.

Or as a bridegroom. When girls are born with a tooth or with a facial deformation, some people believe they are possessed. They believe that marrying a dog or a goat to the girl will rid the person of bad omens and spirits. This happens only in some parts of India.

There’s a state in India called Nagaland where people eat dog meat. We decided not to post any photos related to that story.

In India, it is quite common in some places to see parrot astrologers on the streets. They carry with them a wooden box with a parrot inside. The parrots are trained to pick a card from the deck of astrology cards in front of them.

In a few villages in India, frogs get married. Yes, you read that right. It is done to please the rain gods the people believe in.

So, what do you think?

Does present India seem more interesting than The Jungle Book? Share your thoughts in the comments below.