Chopping, dicing, slicing, cleaving, carving, mincing, slashing, hacking, or whacking, however you say it, if you’re a lady or lord of the kitchen, it’s one of the things you’re going to spend a lot of time doing. Just like you wouldn’t want to bring a knife to a gun fight, you definitely don’t want to bring the wrong knife to a cook-off.

So that you can stay hip, slick, and smooth when you’re scything through meat, sweets, and vegetables, here’s a breakdown of every basic kitchen knife your home should have, along with a few of the best options for each. As with any good tool, you should get these one at a time, choosing cutlery that contours to your hand. 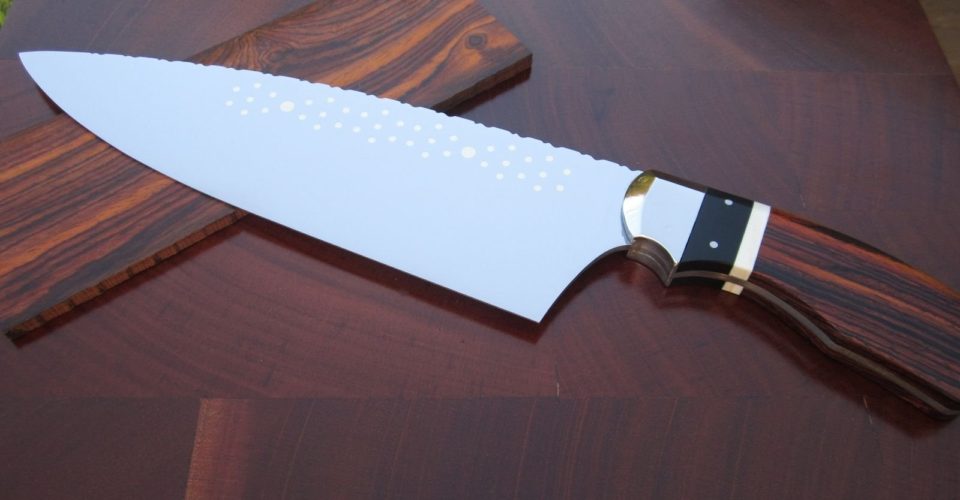 Here’s where your knife collection to should begin: With the multi-purpose, all-weather, chef’s knife. Even if you skimp everywhere else, having a good chef’s knife will get you halfway home every time. These have a thick base that tapers very little before it reaches the tip, giving you a broad cutting surface suitable for doing real work on everything from steaks to crêpes. Find one that feels good in your hand, as weight and comfort is paramount here.

Like the chef’s knife, a paring knife is a must for every kitchen. It handles all the jobs too small to be effectively done by the bulkier chef’s blade. Pruning, peeling, and small slicing tasks are most easily handled with this shorter blade, offering more control for precision work. 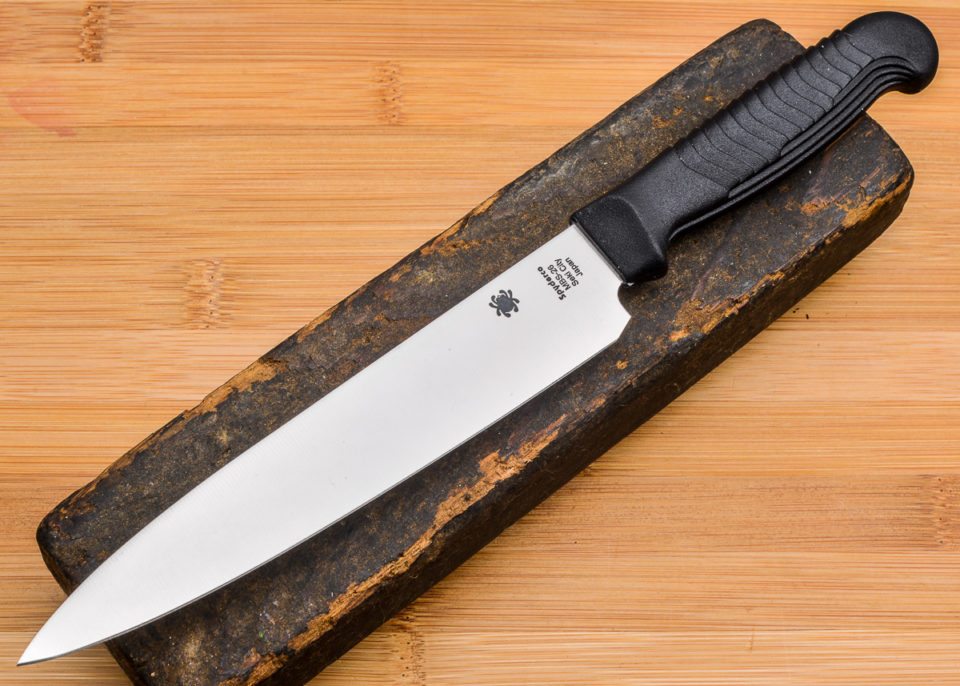 Falling between the Chef’s knife and the paring knife, the utility is your basic middle-ground knife. Not a necessity, but handy to have for Goldilocks times when you need something that isn’t too big, nor too small, but just right. 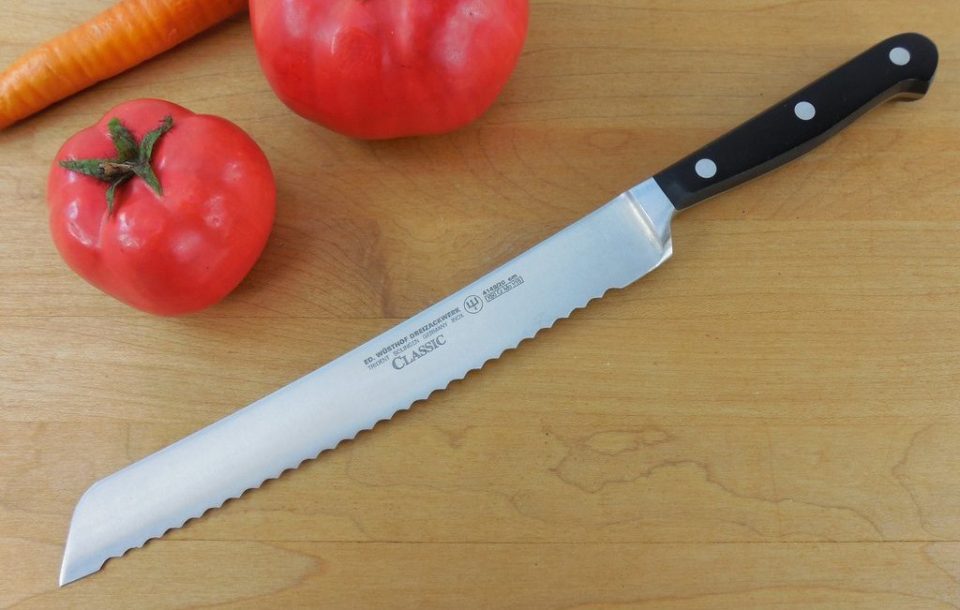 Slicing up a baguette or any variety of bread can only be done aptly with a knife that bears a large, serrated blade. Options here are huge, but we suggest you get only one with deep and wide serrations, as smaller ones don’t work on bread as well, requiring more wasted effort. 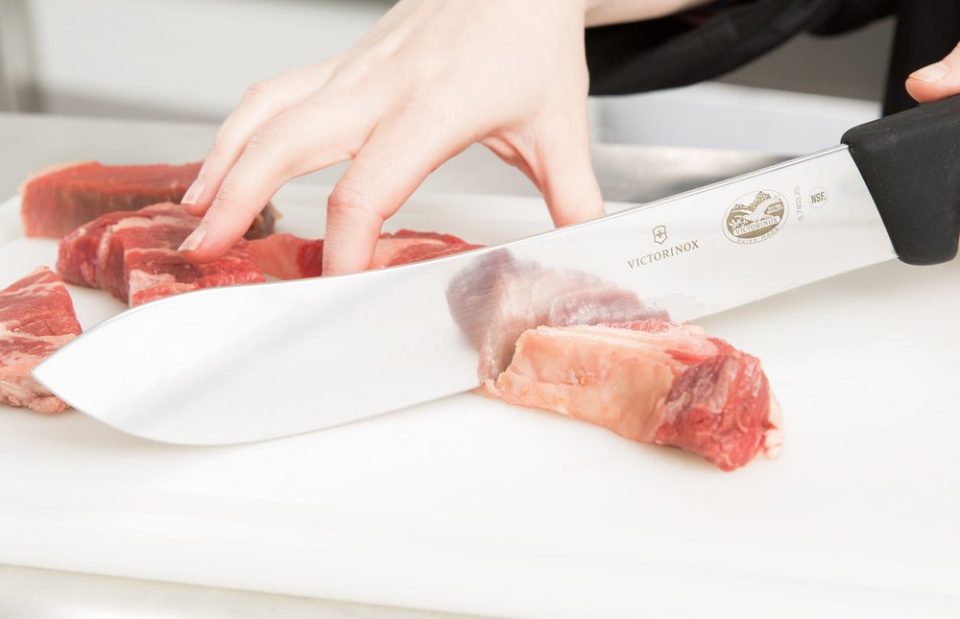 Many people refer to chef’s knives as butcher knives, because they ain’t never learned no different. A true butcher knife has a sweeping blade that curves toward the tip, giving it a scimitar feel. You typically want as much bite to these as possible, so getting a carbon-steel blade is generally ideal. 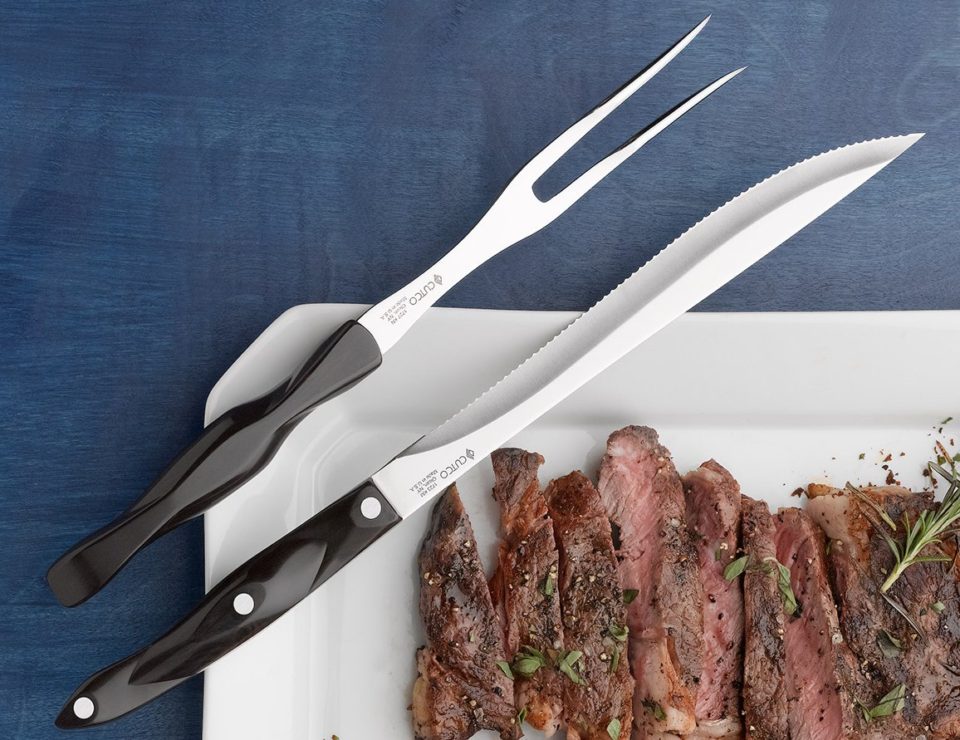 A carving knife is longer and slimmer than a butcher’s knife, intended to get thin cuts of meat off of a cooked body and onto a plate. They typically look more like a utility knife with an extended blade that can reach all the way to the end of a turkey. If you lack one, a utility knife can often do a serviceable job with slicing, as can a chef’s blade. 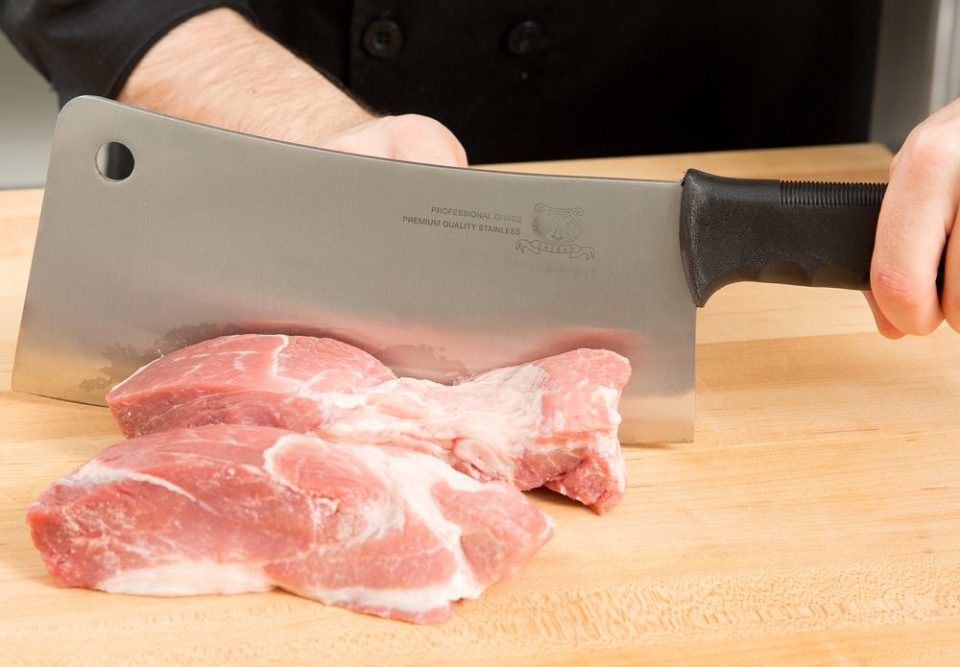 Big, blocky, and heavy, the meat cleaver is intended to hack up joints and hew through bone. A fairly indelicate instrument, you only need this if you are a carnivore who does some of your own butchery, or like chopping whole carcasses to pieces. 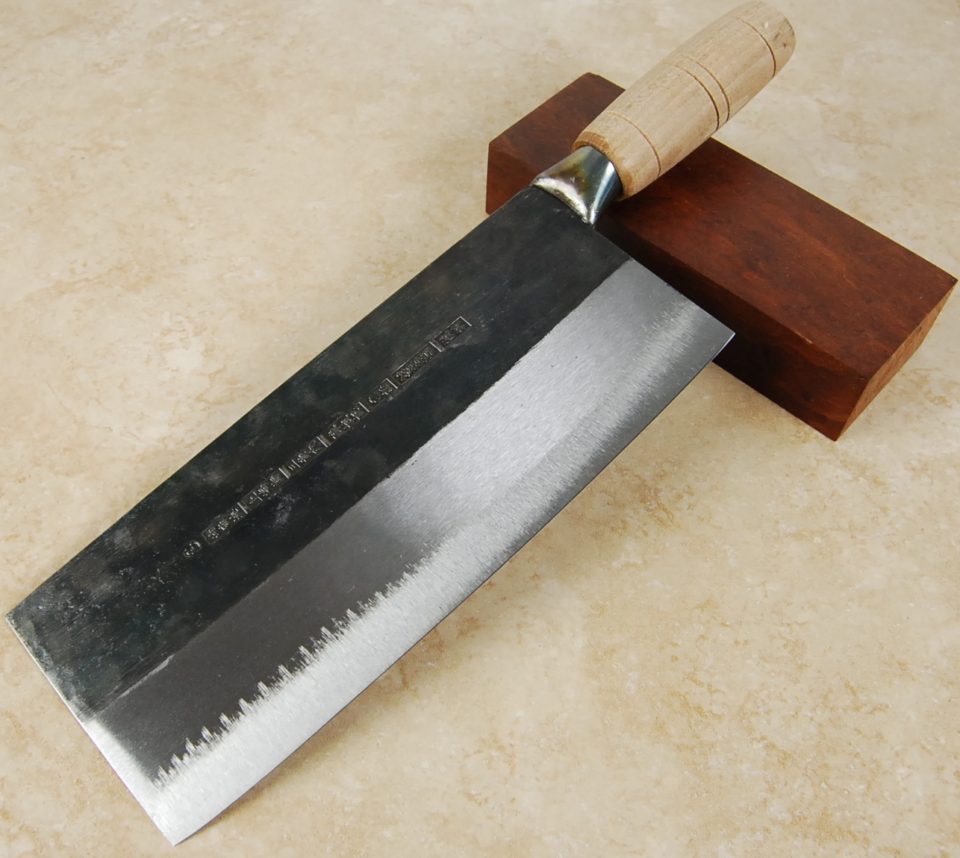 Unlike the meat cleaver, the vegetable cleaver (or Chinese Cleaver) is meant to give you a very fine edge for sliding through produce, then helping you to scoop it up and transfer it to your pan. Rather than weight, you want these to be slender and sleek so they can move artfully, then sweep up the remnants. 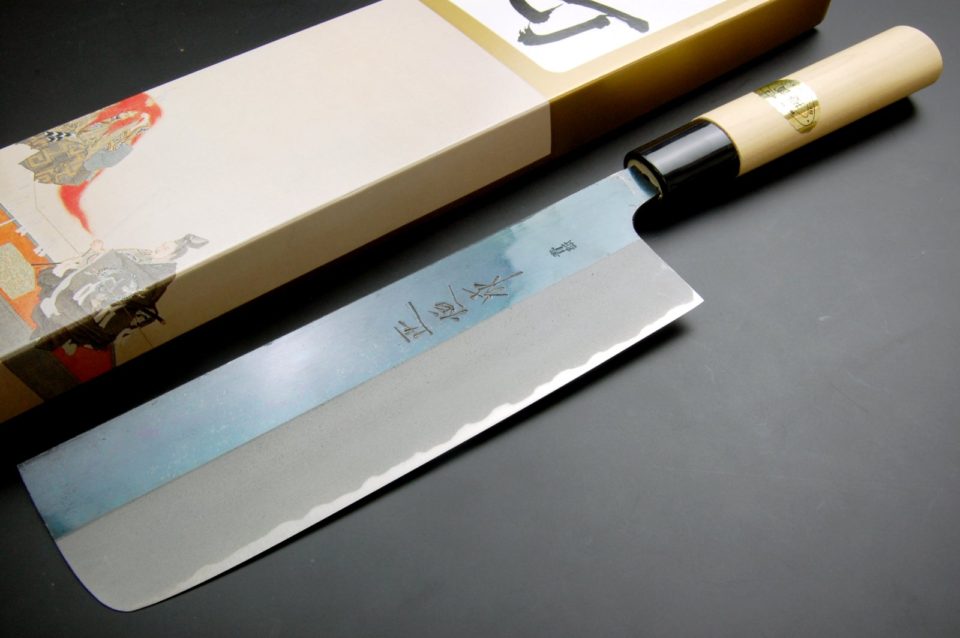 Many opt for a Nakiri knife over a vegetable cleaver, since it’s smaller and accomplishes the same basic task. With a quick up-and-down motion, it chops up vegetables quickly, and offers a small amount of space for moving them around. 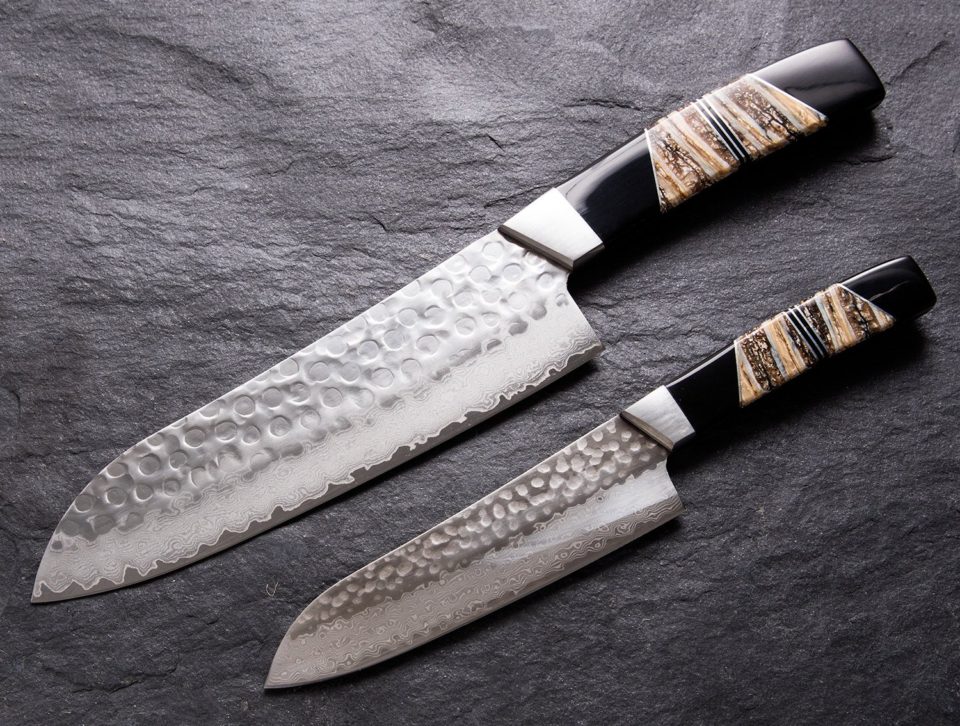 Falling in the middle ground between a meat cleaver and a chef’s knife, the Santuko is marked by its flat blade with a downward-facing point. It will give you better hacking ability than a traditional utility or chef cutter, but more finesse than you get with a cleaver. Good for trimming fat and gristle or letting you lean in while sawing away at some stubborn flesh. 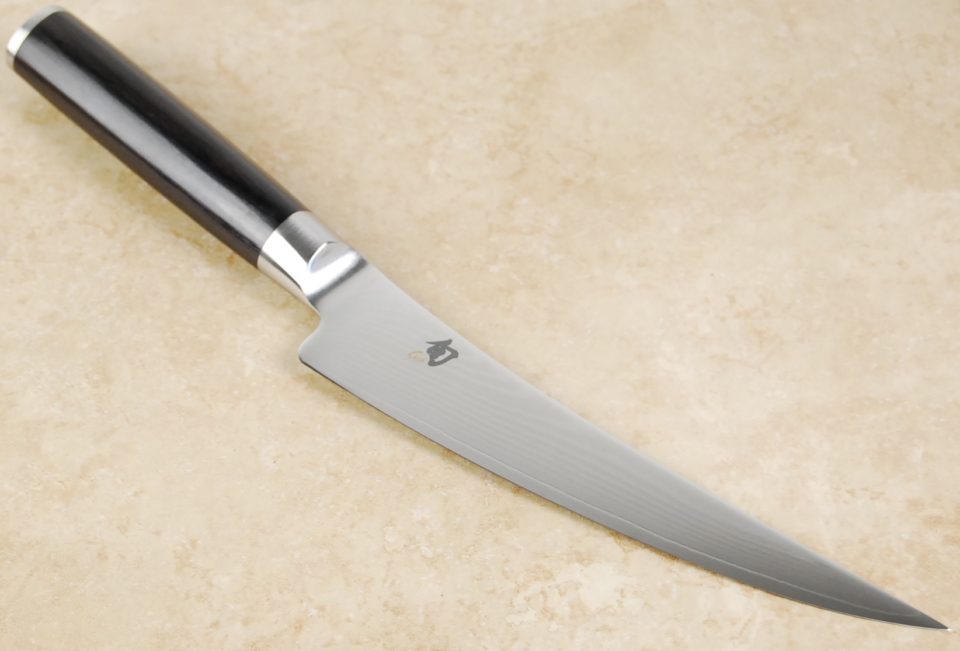 Traditionally about 6-inches long, the boning knife is made to get smaller bones out of pork chops, beef roasts, or ham. Trim and delicate, it has a longer blade than a paring knife for reaching deep and sliding out like greased midnight. 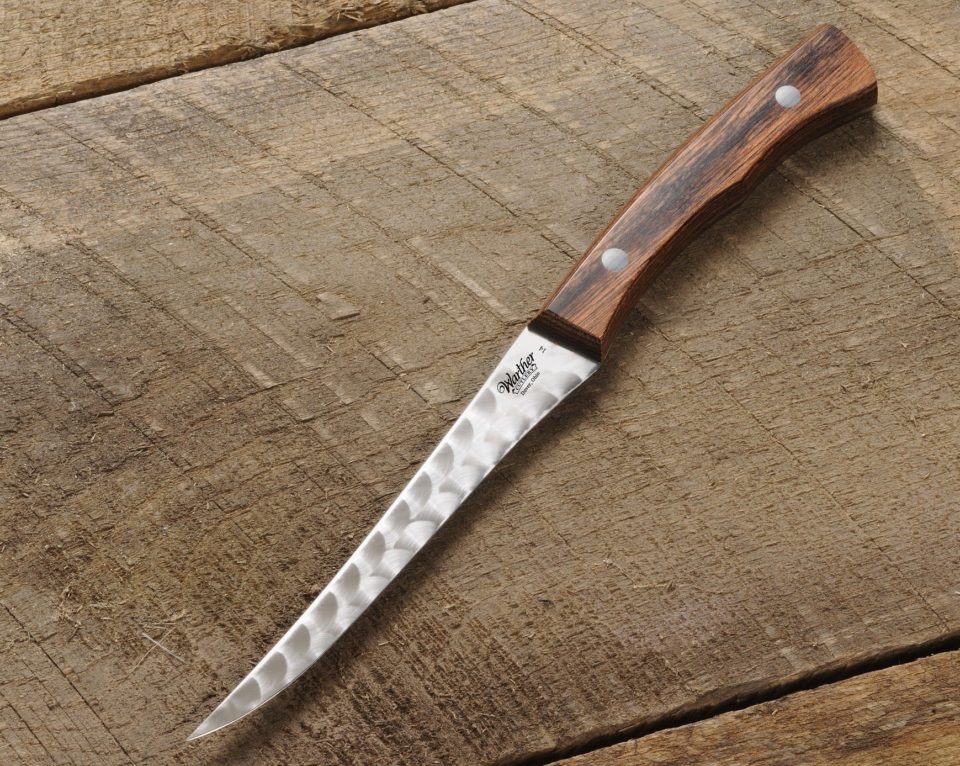 Intended for filleting fish, this is the most delicate blade in the kitchen, since it needs to work around the tiny bones of trout and salmon. So slender it bends and flexes, it can also double as a peeler in a pinch. 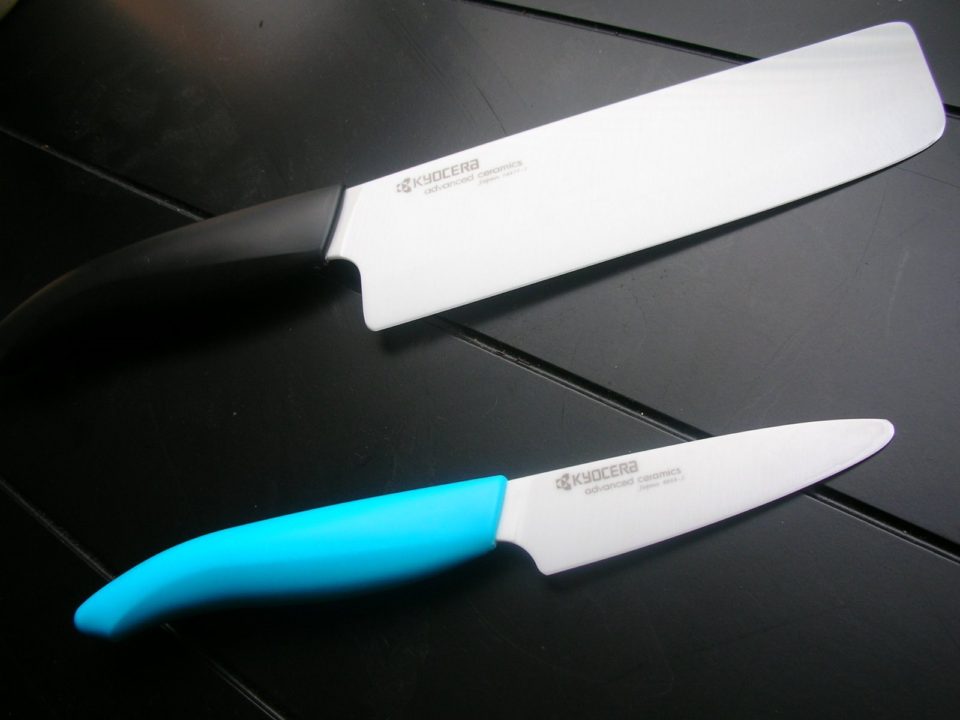 Only slightly less durable than diamonds, a ceramic knife is made out of zirconium oxide, making it exceptionally rigid. They’re good for slicing through just about anything, giving you very thin slices. Some of the best carving knives are ceramics. Be wary, however, as they do not hack or chop well, being prone to chipping. Try to avoid dropping these on tile as well. They’re strictly sleek slicers from tip to pommel. 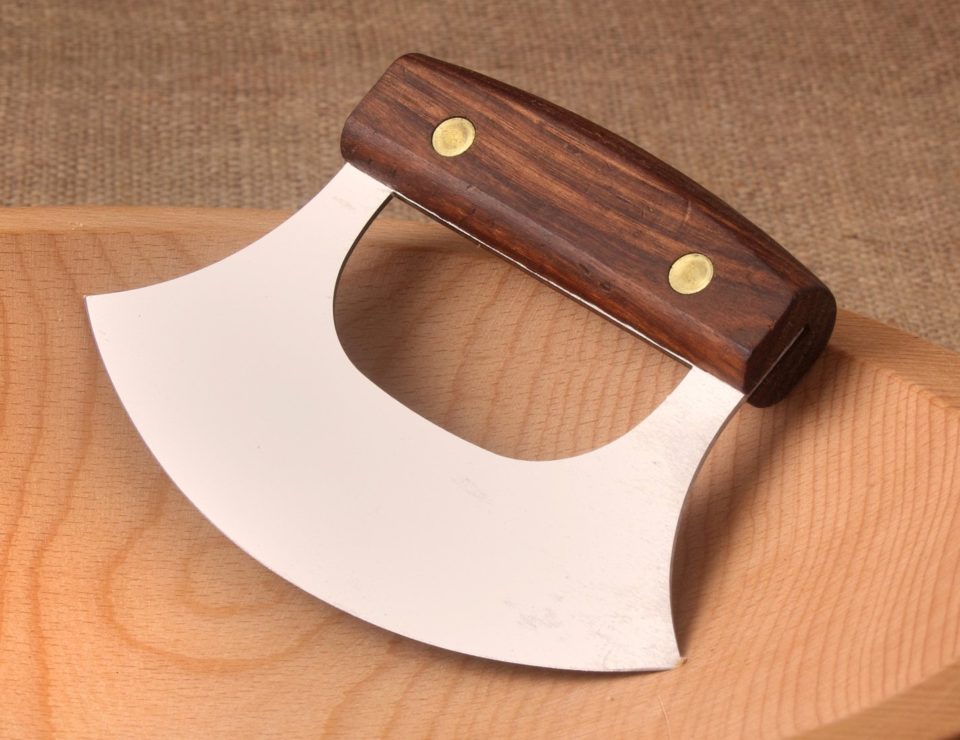 Woe unto the amateur gourmet who overlooks the Mezzaluna, AKA mincing knife. This is how you get your parsley or diced garlic down to the size you want, or lay waste to cilantro for your glorious homemade salsa verde. The rounded blade and firm handle make short work of anything you really need in tiny pieces right now. 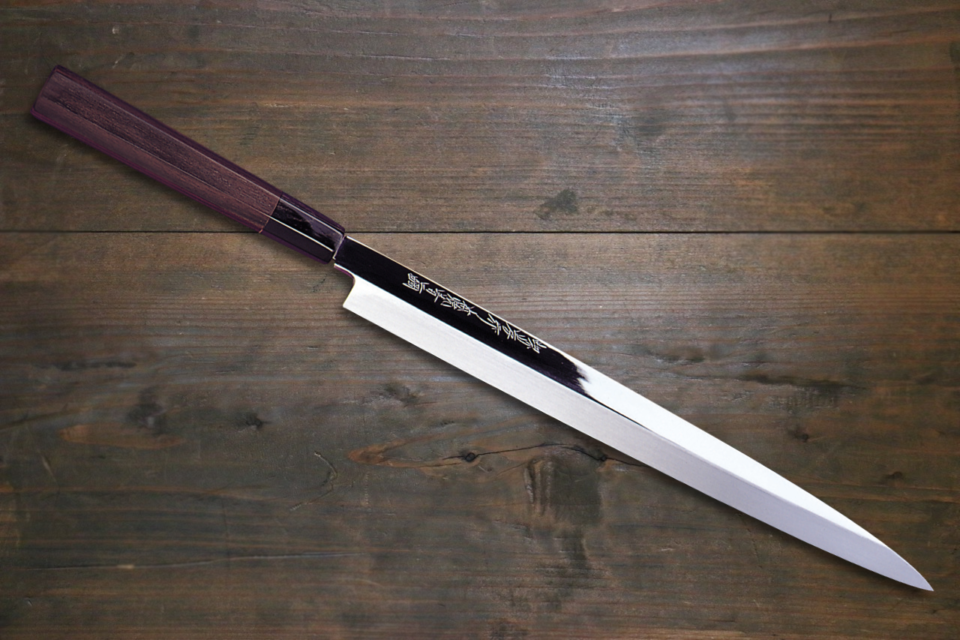 A Sashimi is another slicing knife that can bear a ceramic blade. These have sushi on the brain, but are worthwhile all the way around. Running about 18-inches in length it’s too narrow for much chopping, but can give you paper-thin cuts with a rhythmic cutting motion that experts tend to favor.

Wide and flat for spreading condiments, with a slightly serrated blade on one side for slicing the sandwich cleanly when done, you’ll never again waste time with a standard butter knife once you have one of these on hand for your turkey and mayo, PB&J, or Reuben.

Once you use a cheese knife, you will see how hollow your life has been using a paring blade for this job. Thin and short, yet wide, a quality cheese knife will never leave you with too much or too little. 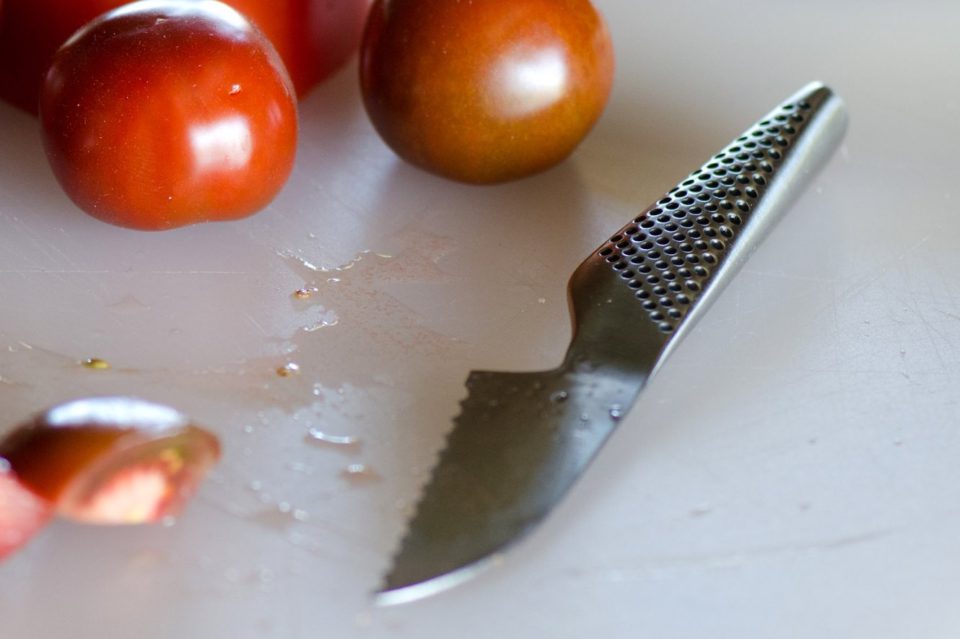 Though a speciality knife meant for cutting the soft skin of a tomato without mashing it down, this is equally good for cutting citrus or helping you work your way around a mango. Here’s where you want the slightest of serrations for working with the softest of materials. 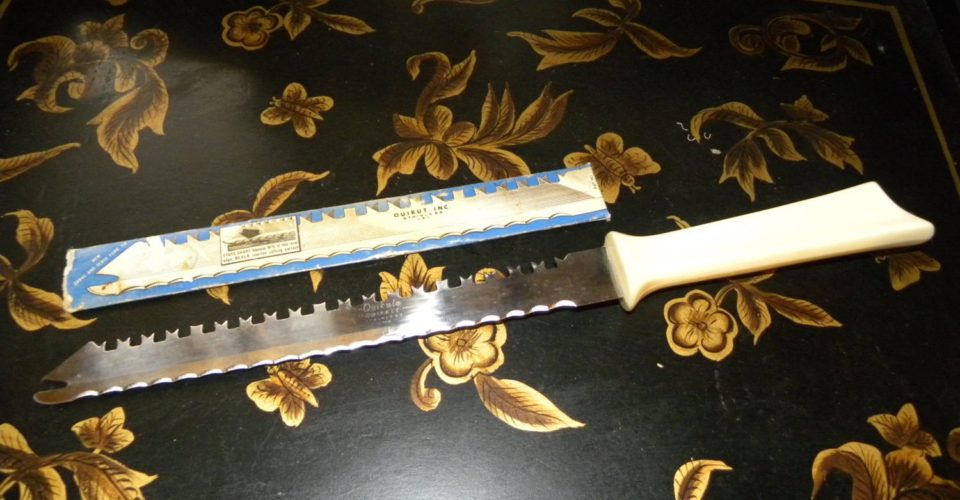 Little more than a chainsaw without the engine, a good frozen food knife is large, durable, and covered with nasty serrations that can go through a brick of frozen peas without a moment of hesitation.

Which kitchen knife type did we miss on our list?

Have you used any of the products we’ve recommended? How did you like them? How did they pass the test of time?

We’d love to hear from you, even if it’s about products we may have missed in our research. 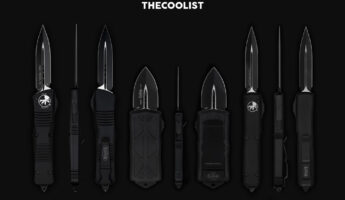 EDC for Anyone: The 17 Best Everyday Carry Knives

Master Your Blade with the 13 Best Knife Sharpeners