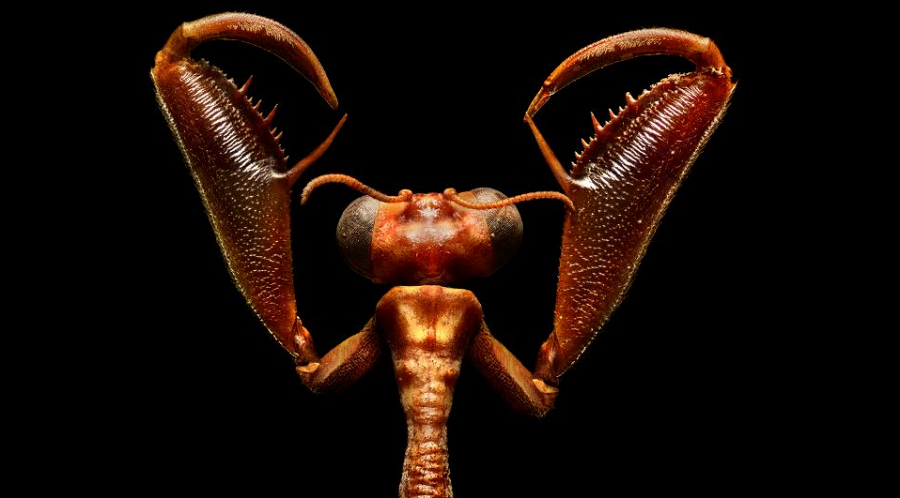 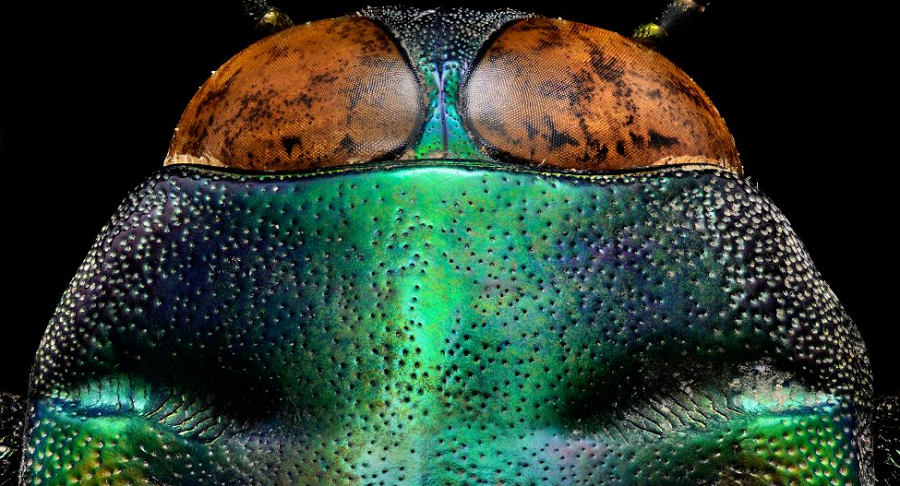 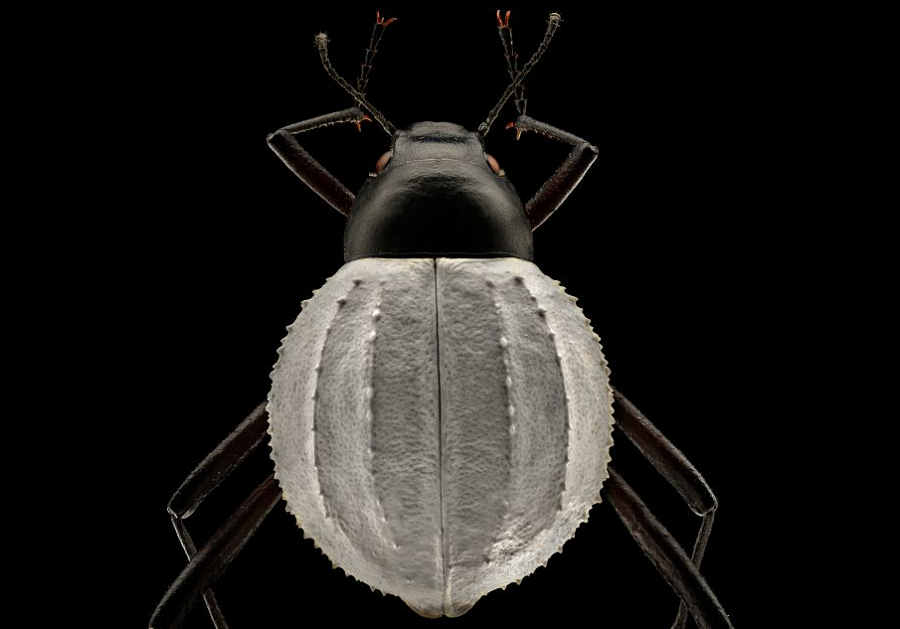 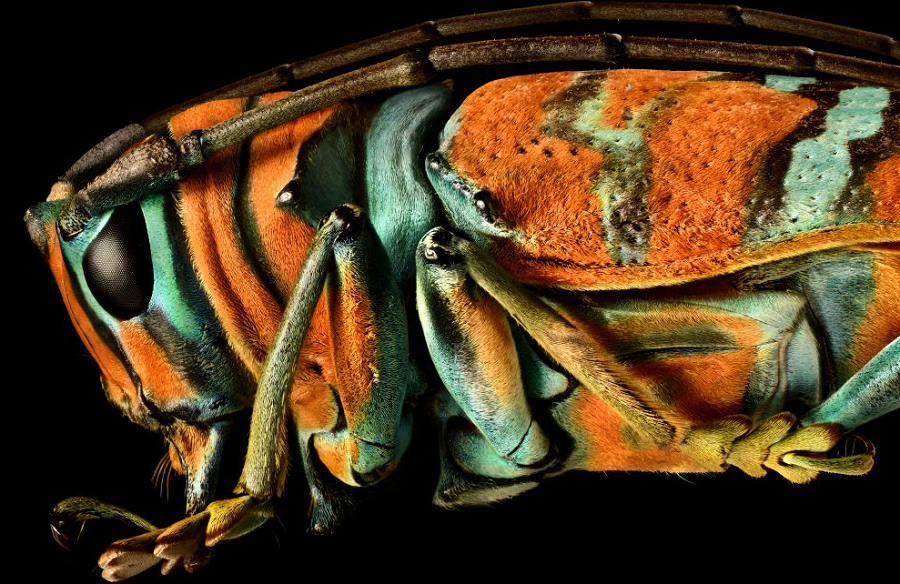 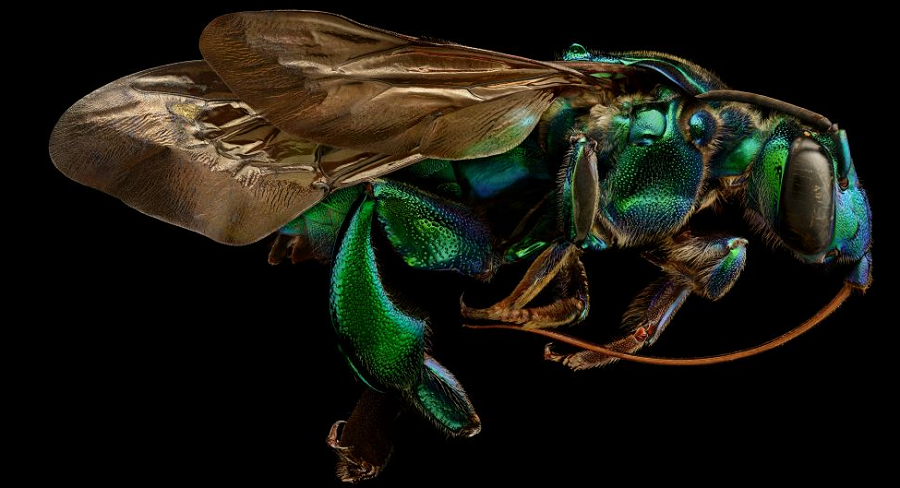 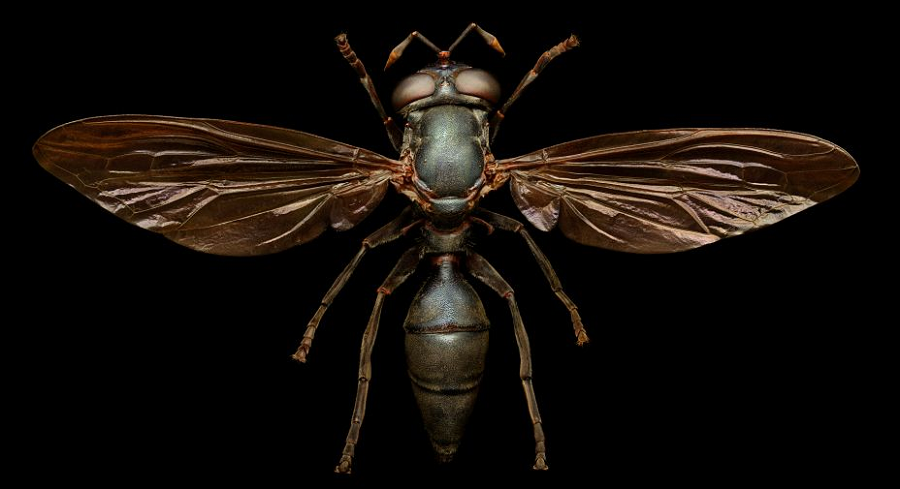 You have heard about macro photography, but British photographer Levon Biss is taking things to a whole new level. He has taken some extremely detailed macro shots of insects and they will be displayed at the Museum of Natural History in Oxford, from 27 May to 30 October 2016.

Levon used a 36 megapixel Nikon D810 with a 10x microscope objective attached through a 200mm prime lens. You will be amazed to know that each of his images is composed of around 8-10,000 individual shots. This means that he has not photographed a whole insect but its various parts. He then stitches all those images to create a well detailed picture of an insect.

So how detailed, you wonder? The antenna of the ground beetle pictured below can be zoomed even further. So much that the hairs on it will appear bigger than a matchstick. That’s quite impressive.

The following is an orchid cuckoo bee. According to Levon —

Each section is lit differently with strobe lights to bring out the micro-sculptural beauty of that particular section of the body. For example, I will light and shoot just one antenna, then I will move on to the eye and the lighting set up will change entirely to suit the texture and contours of that part of the body

Although it might bring out the Entomophobia deep inside you, the jewel longhorn beetle seen below is one of the most beautiful creatures captured by Levon.

No wonder this guy’s cousin is a good martial artist. Look at those weapons on the mantis fly:

To zoom in more and to check out more of Levon’s microsculpture macro photography click here.