Cry Foul At The 16 Most Corrupt Industries In The World 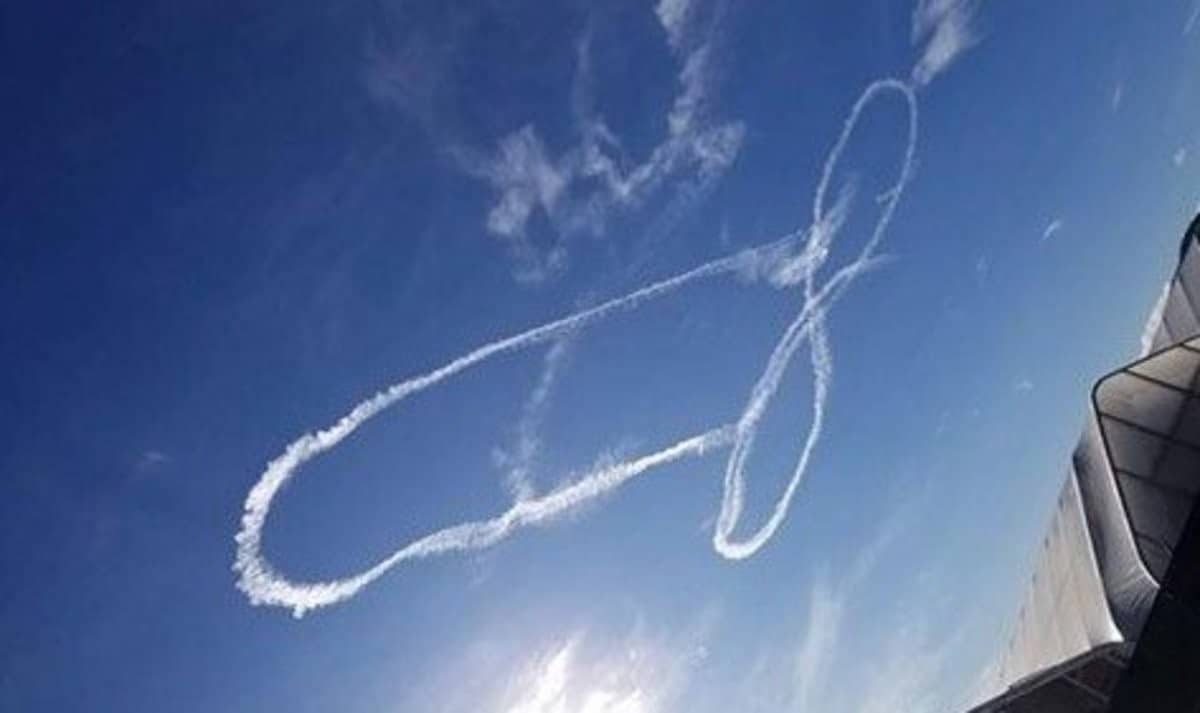 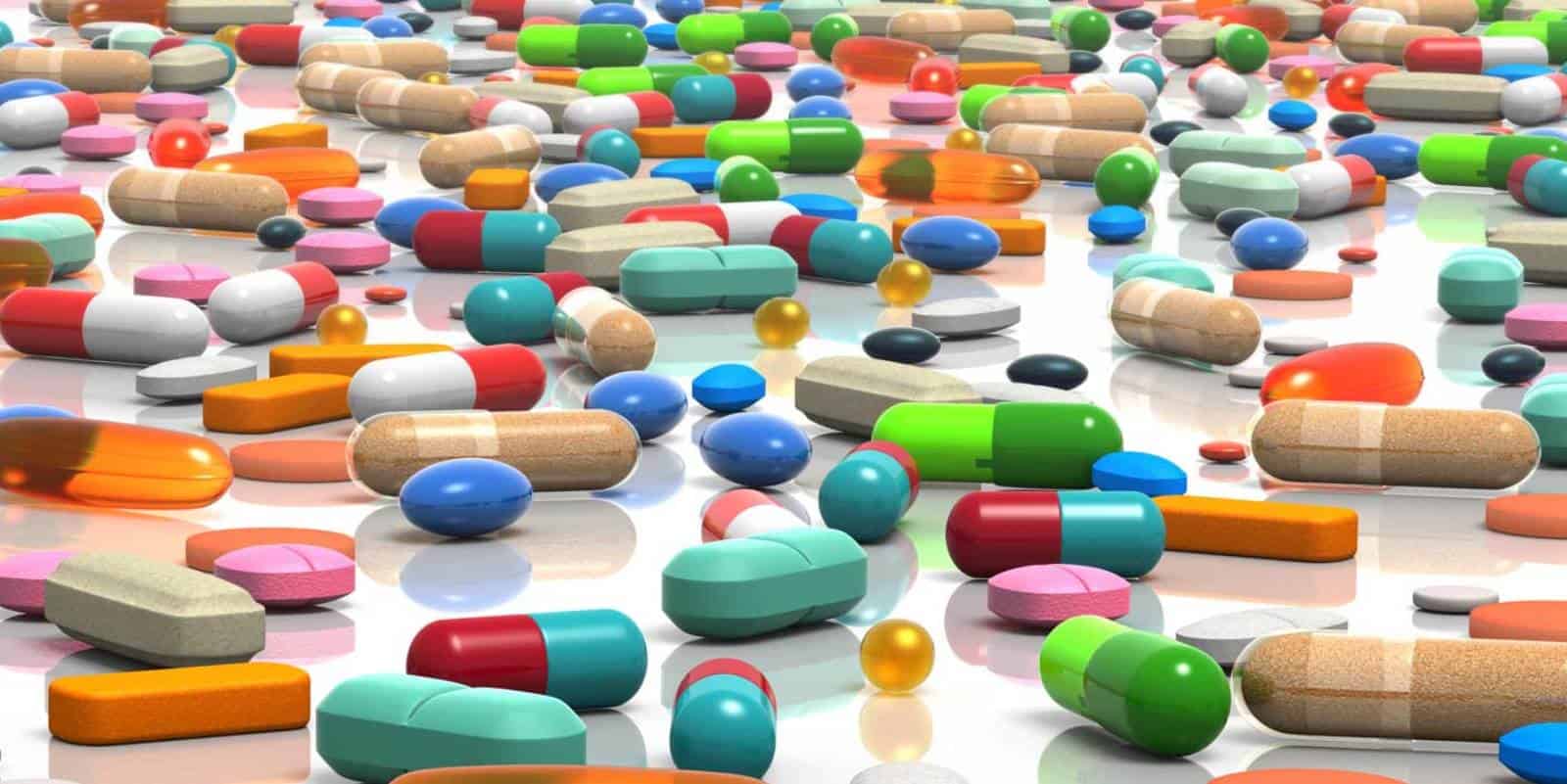 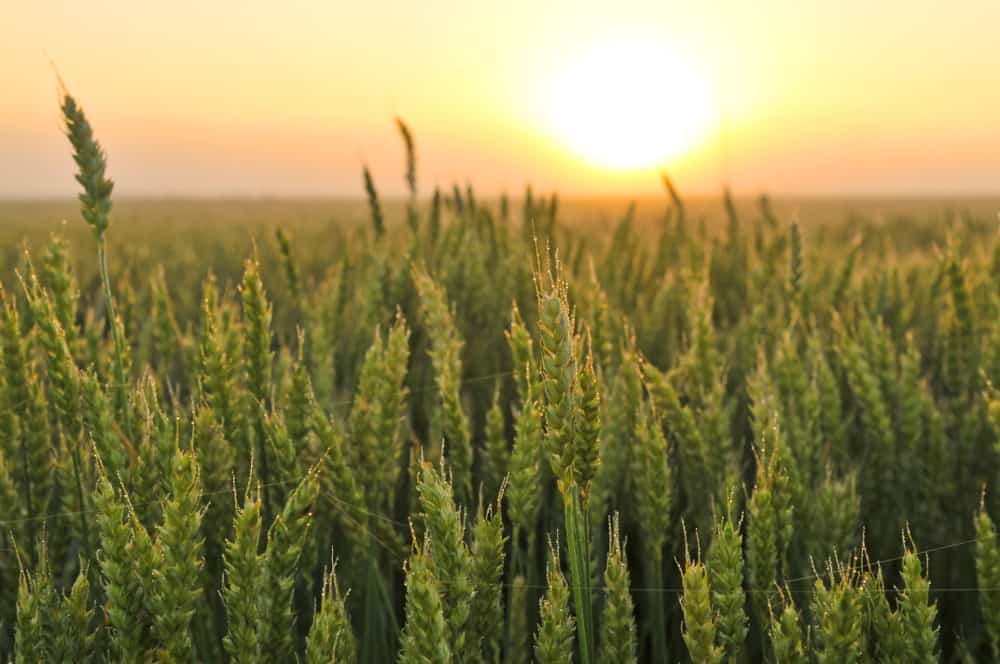 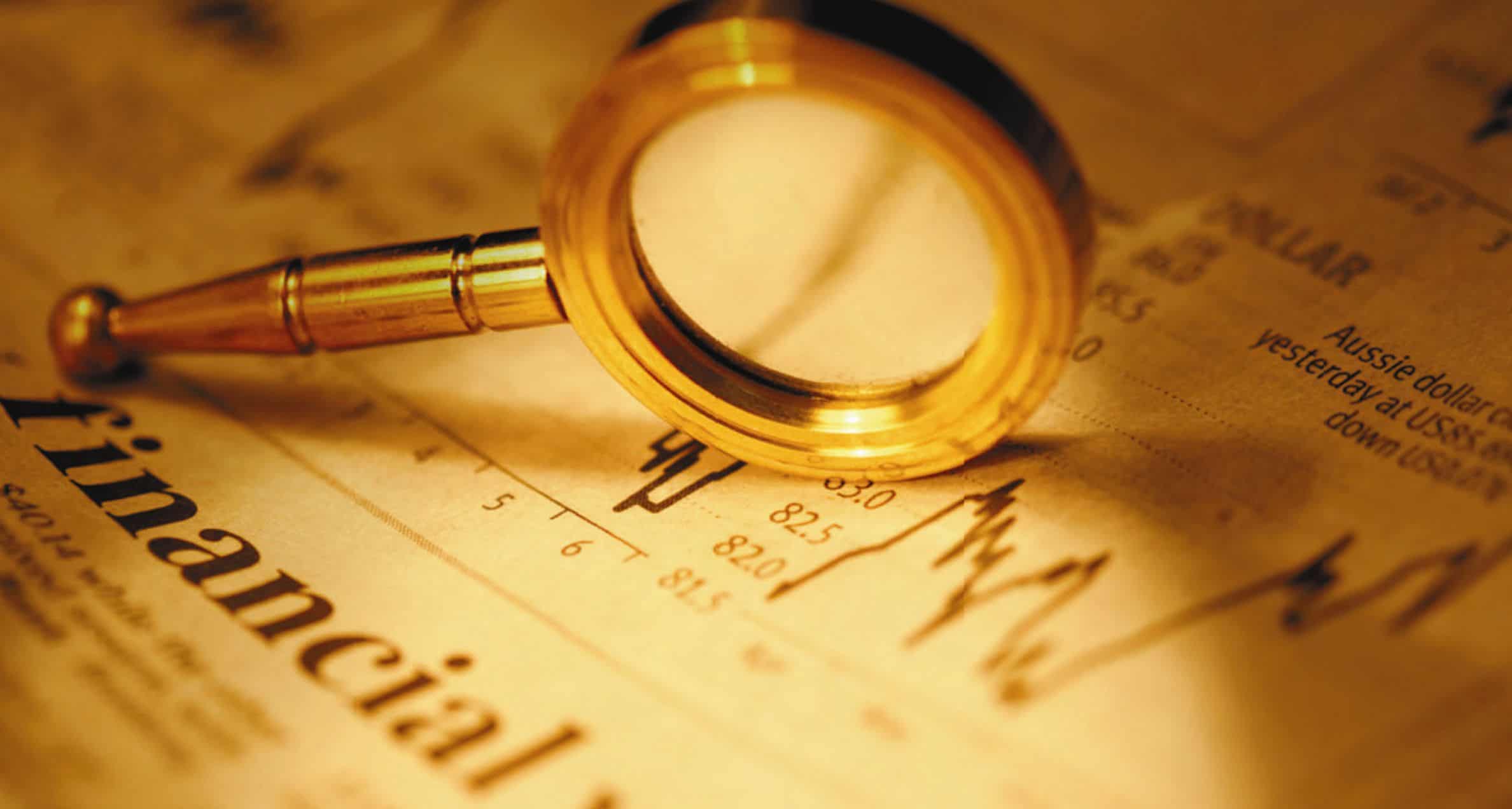 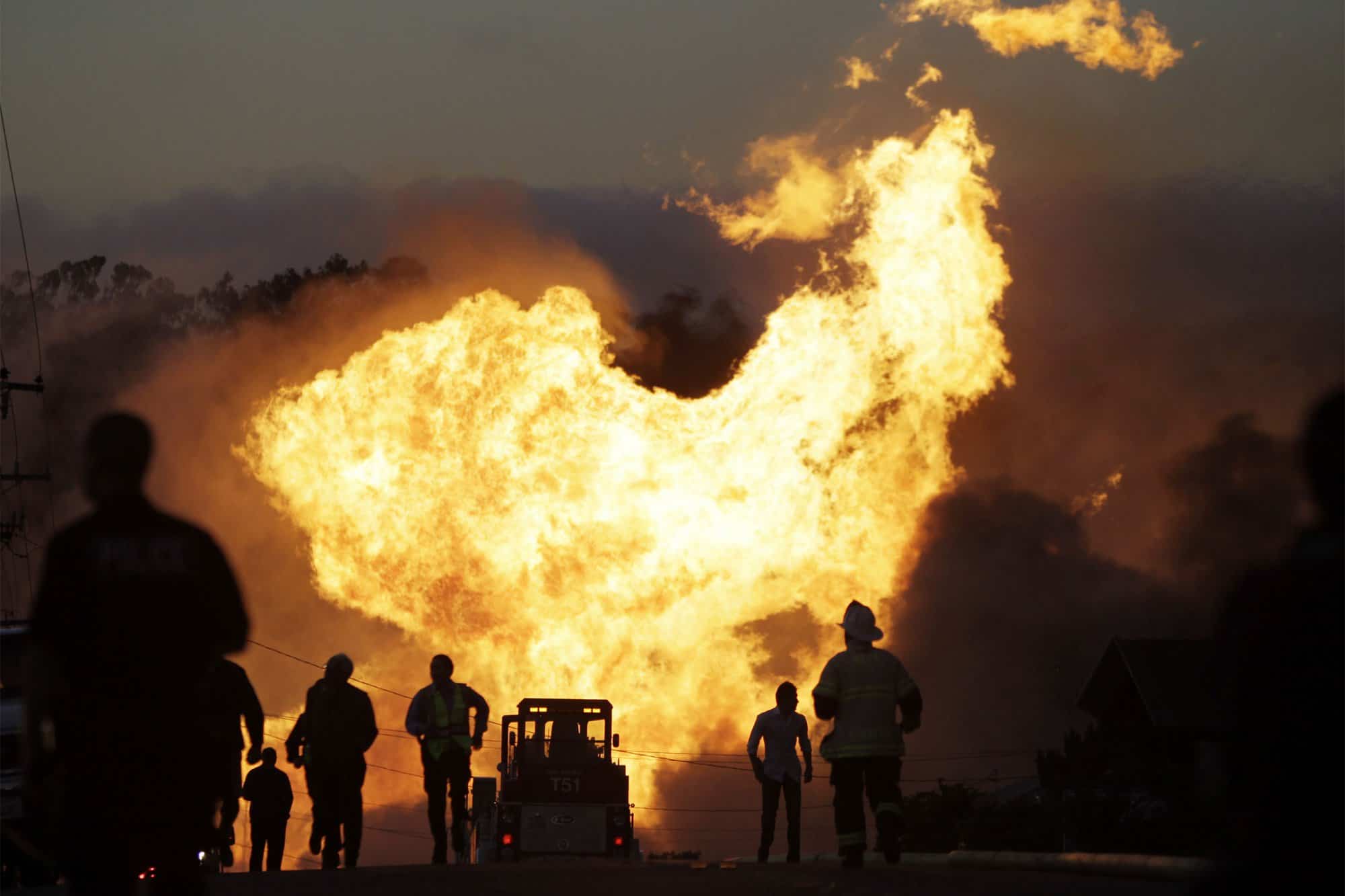 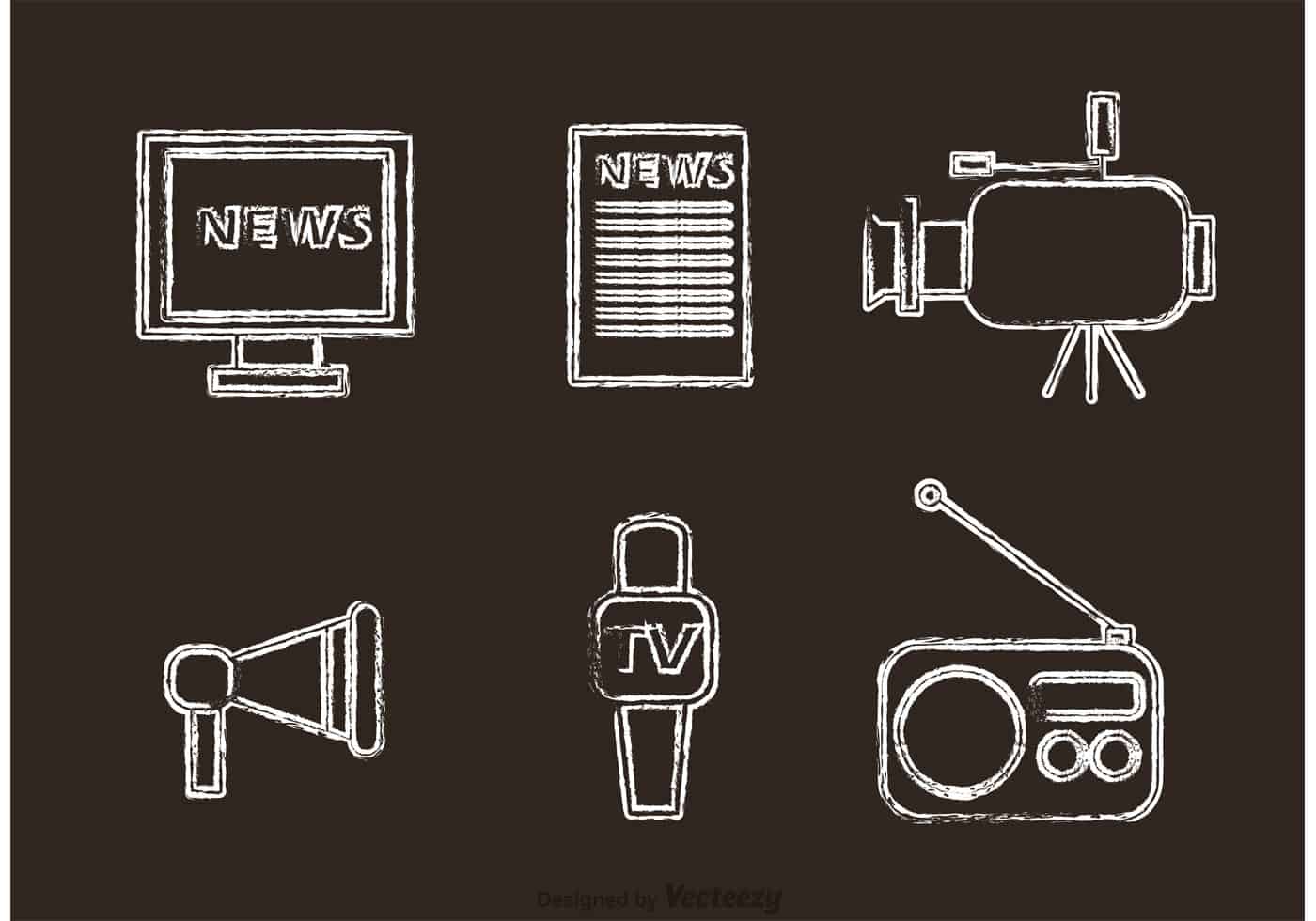 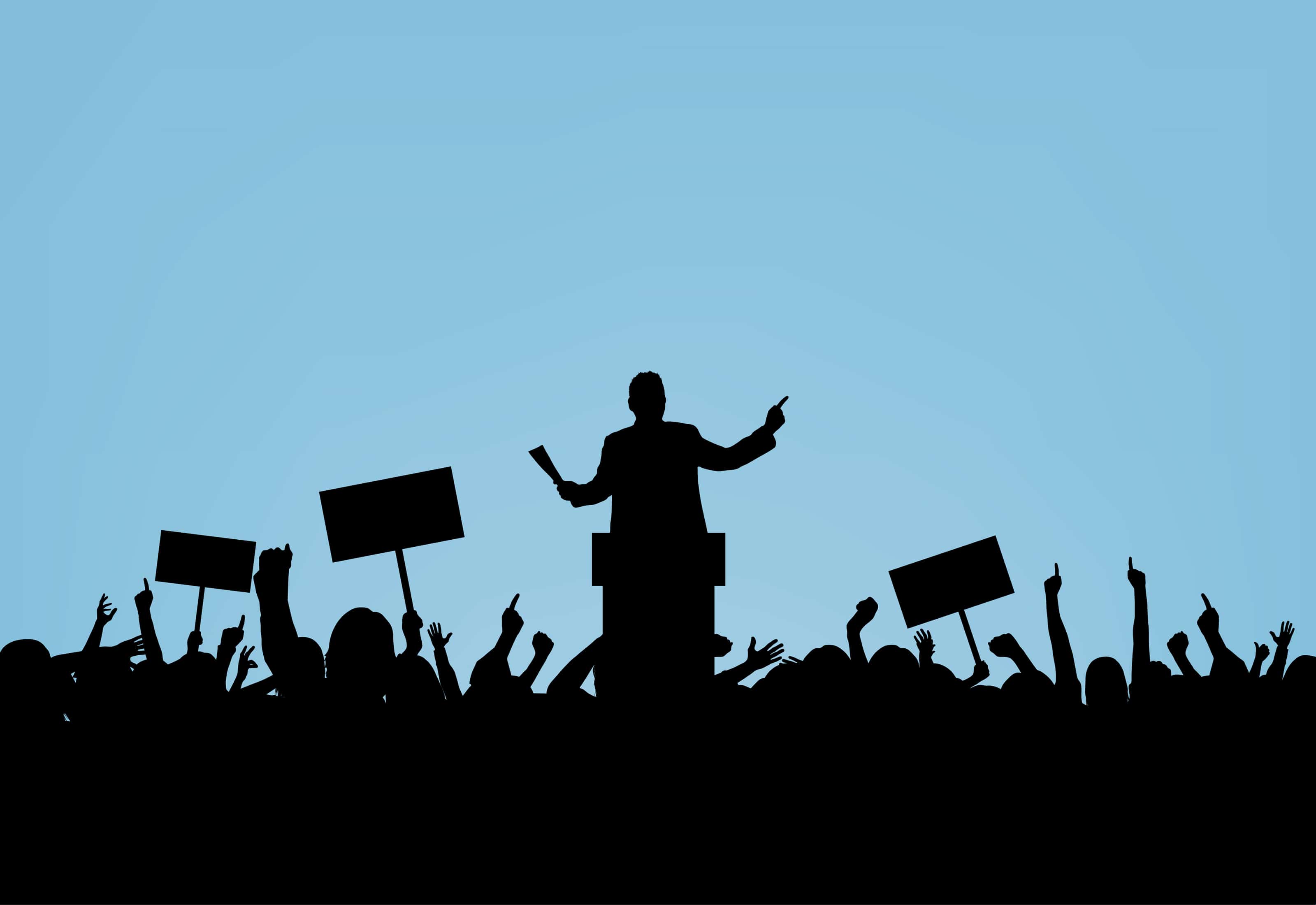 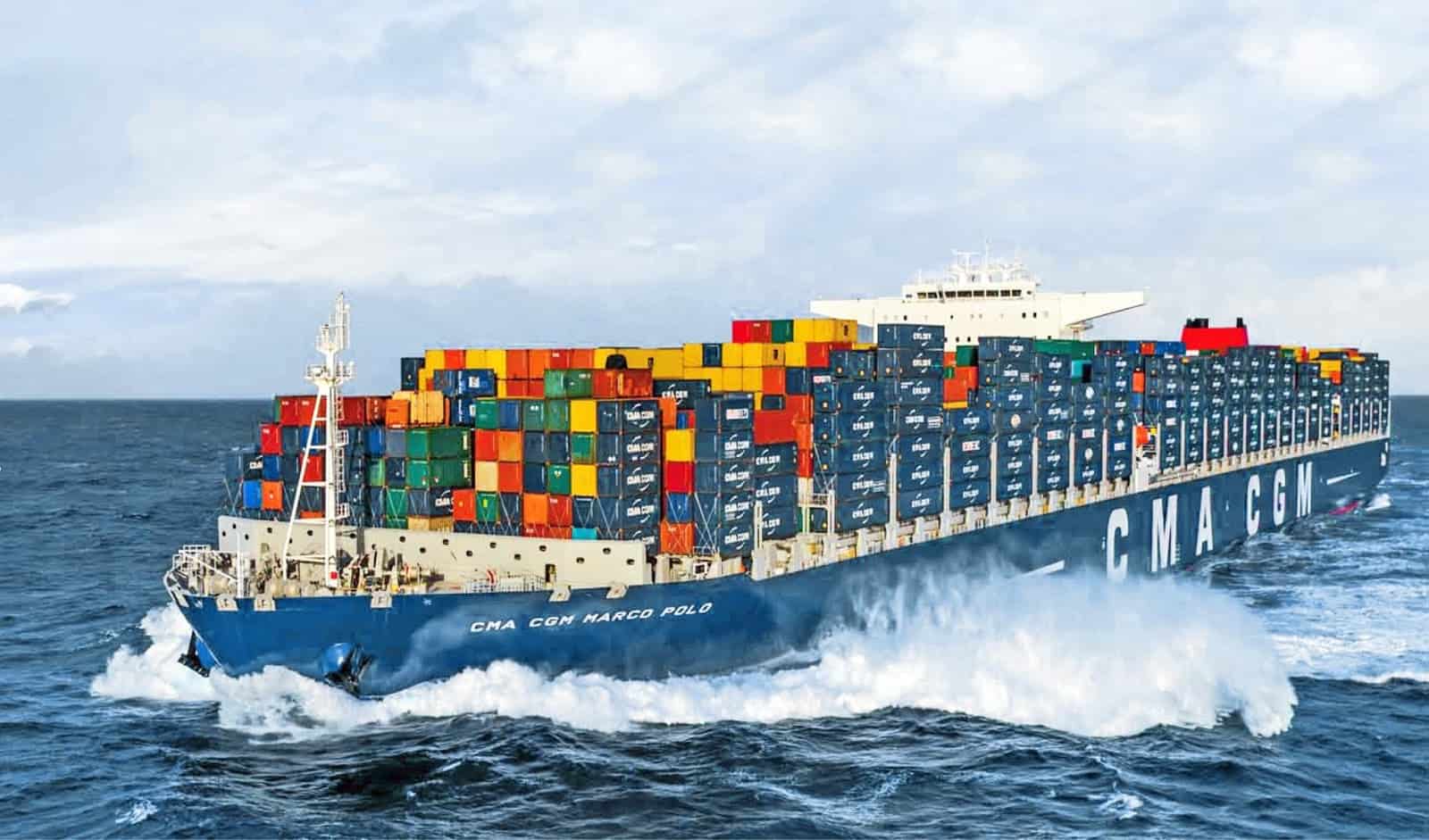 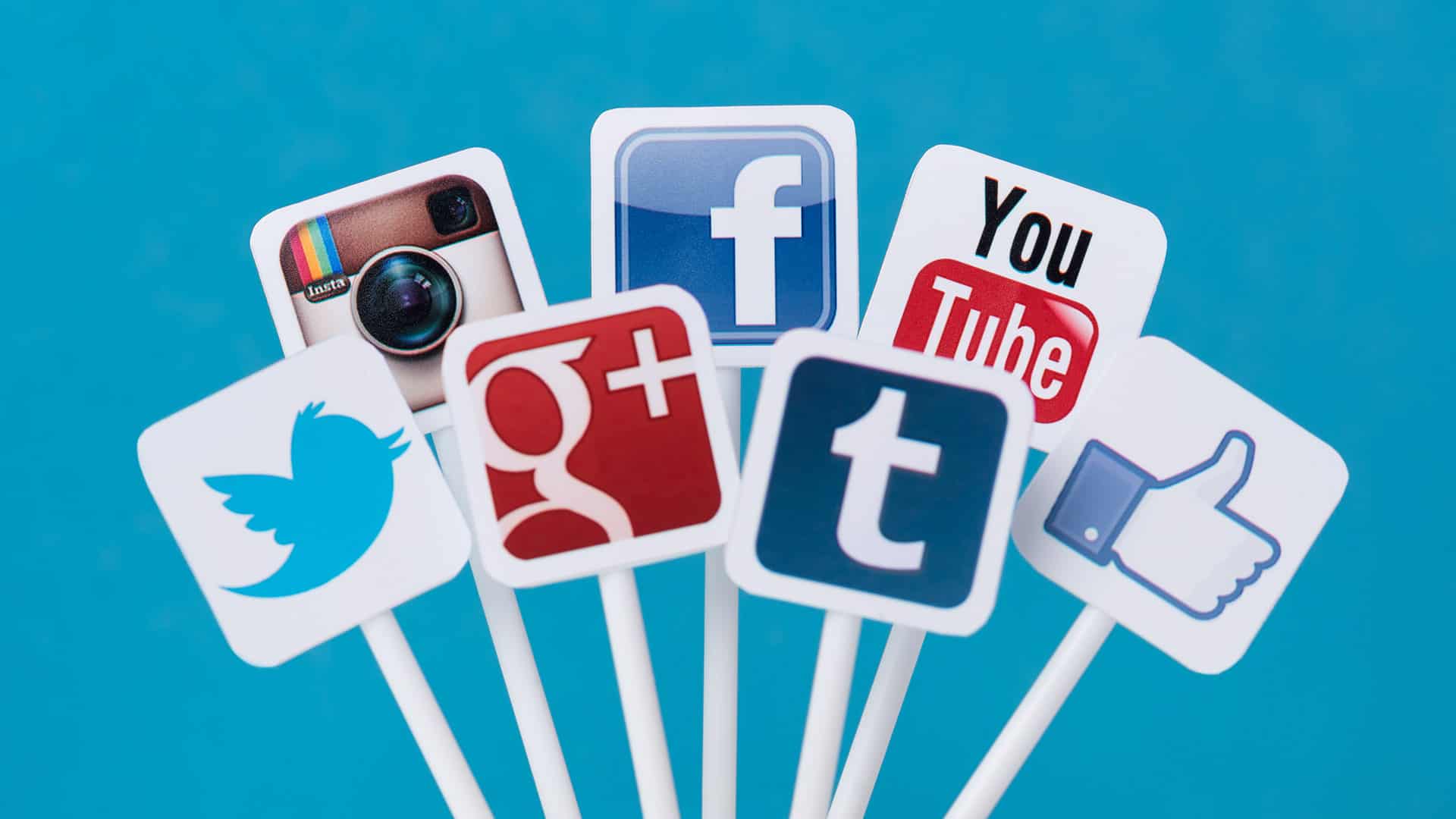 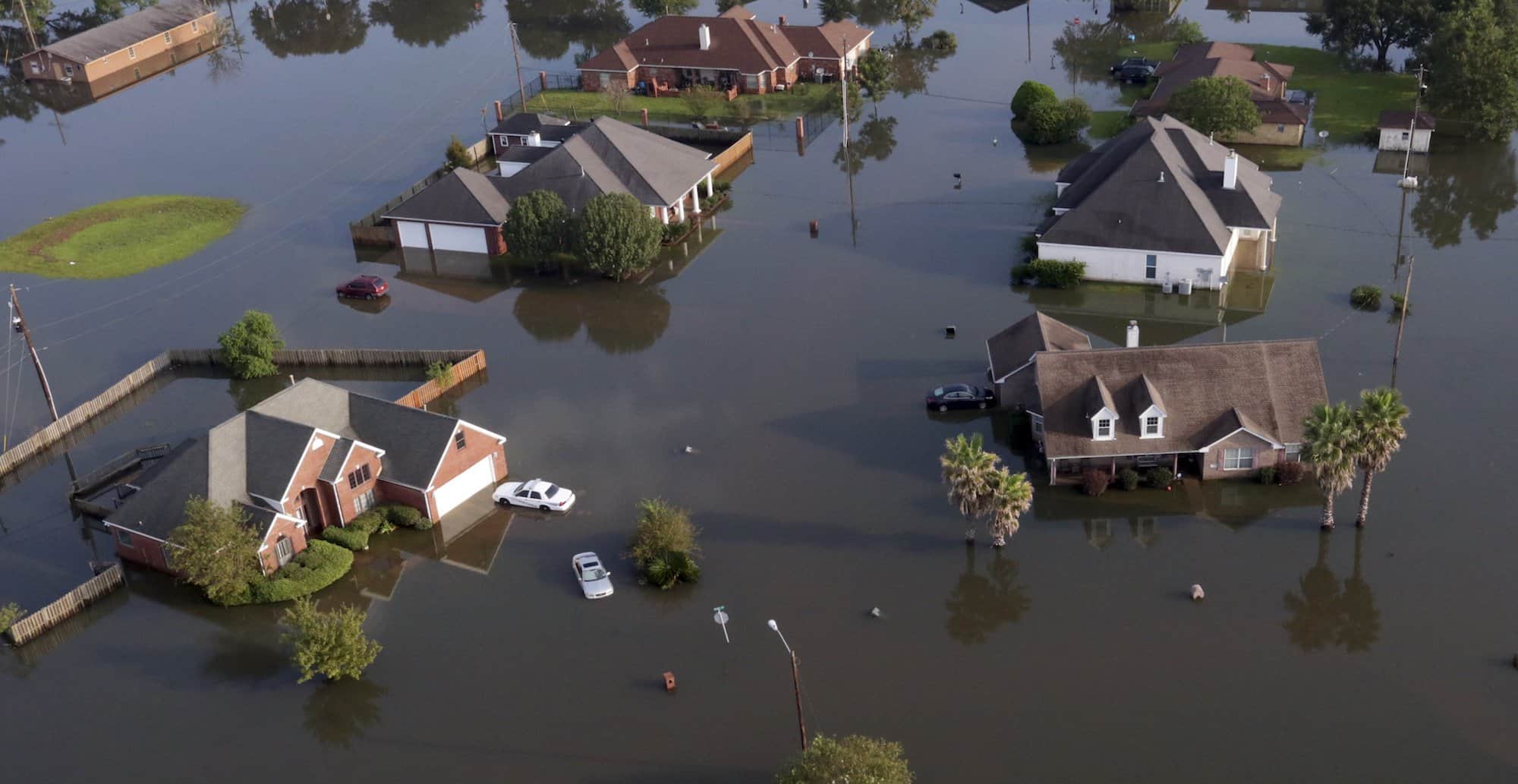 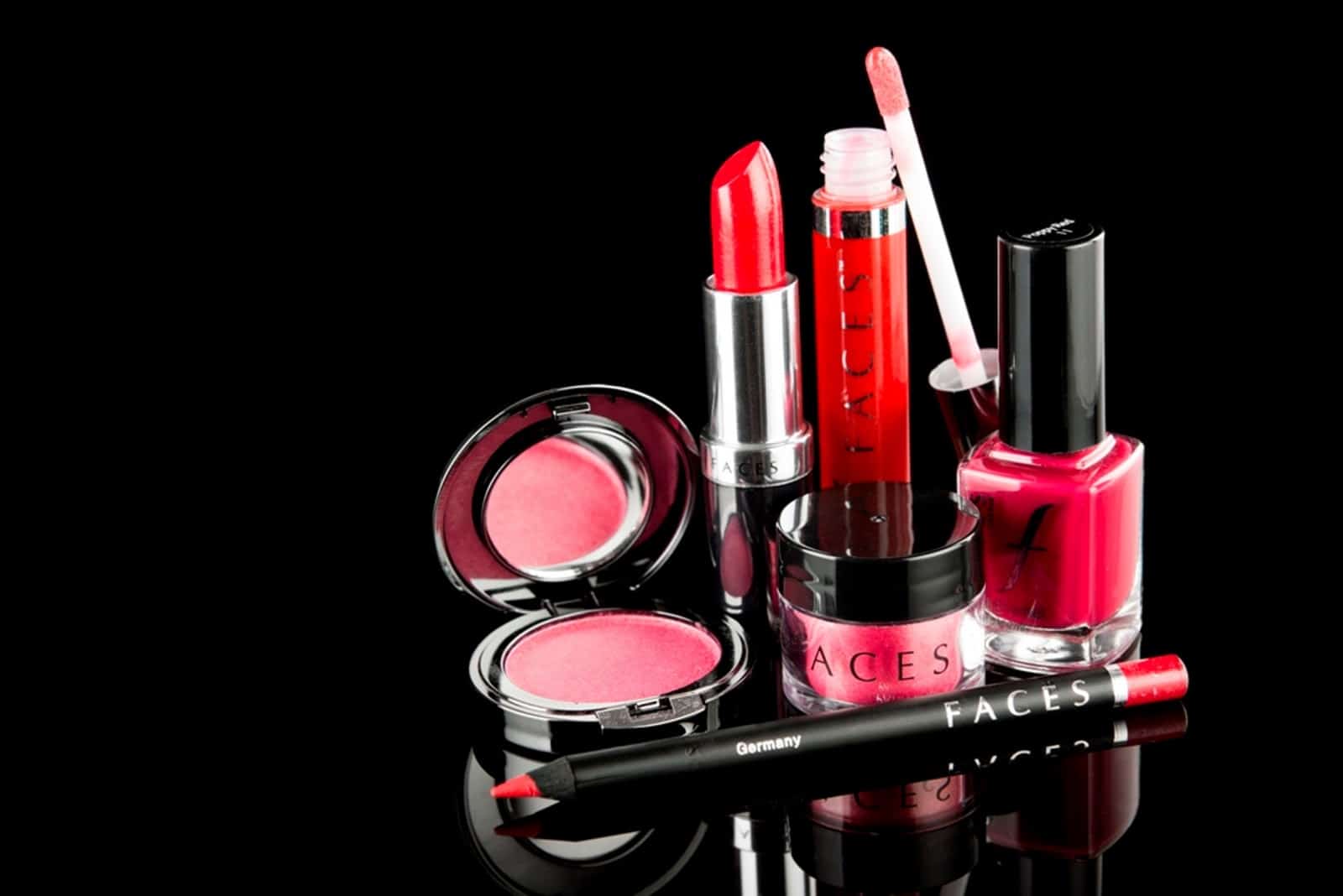 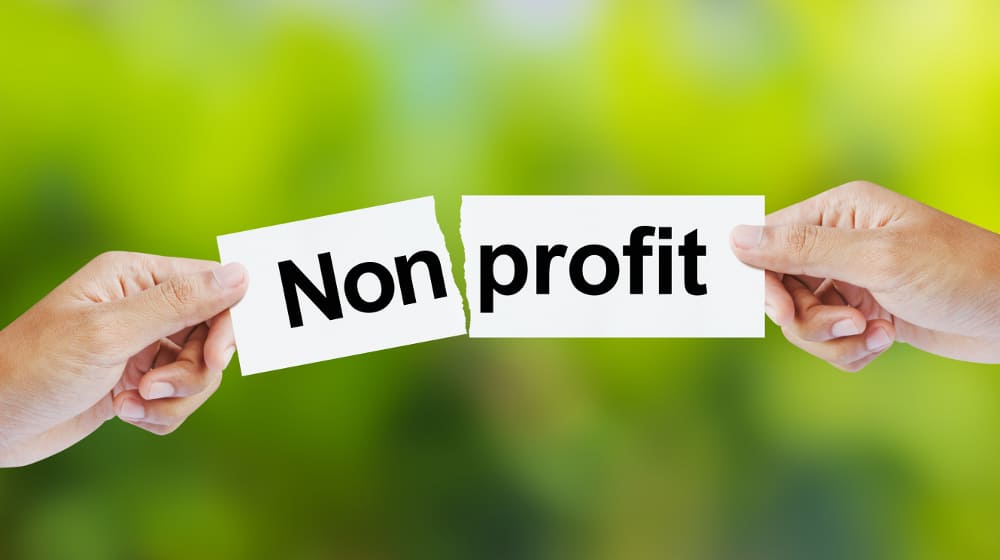 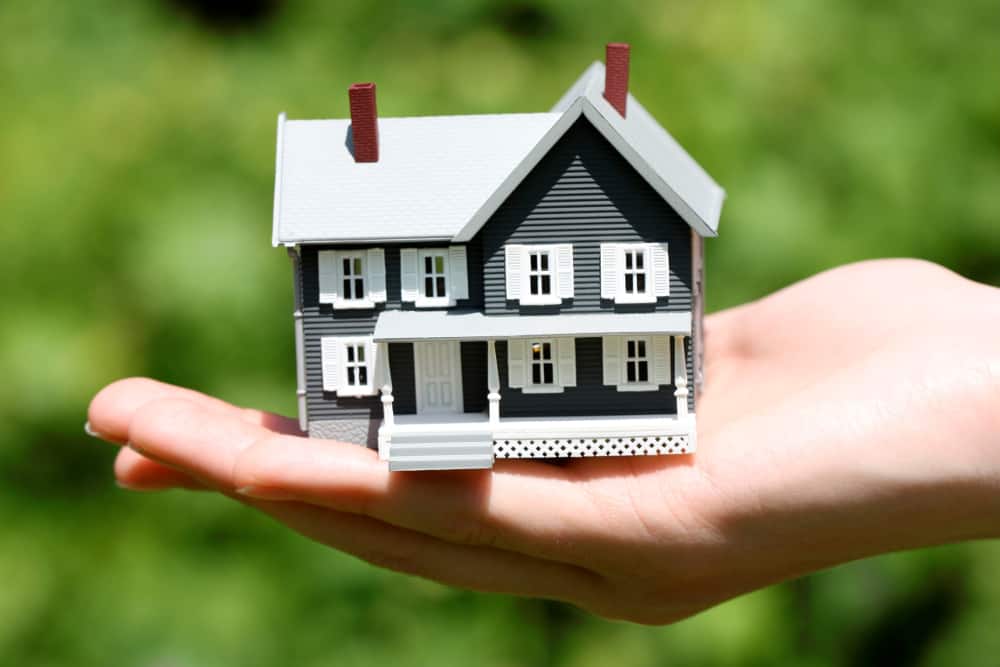 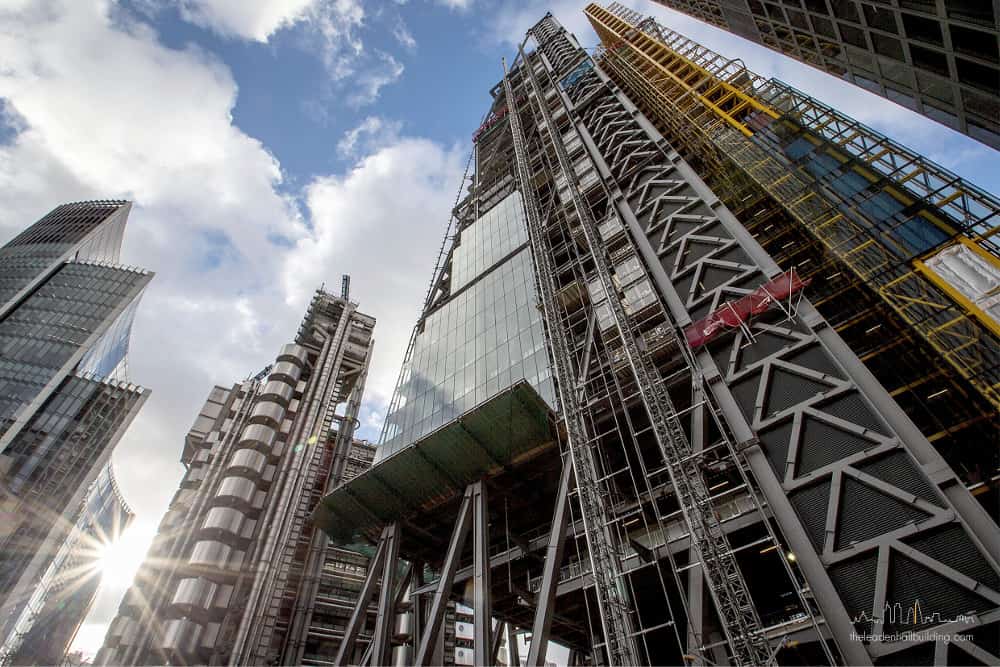 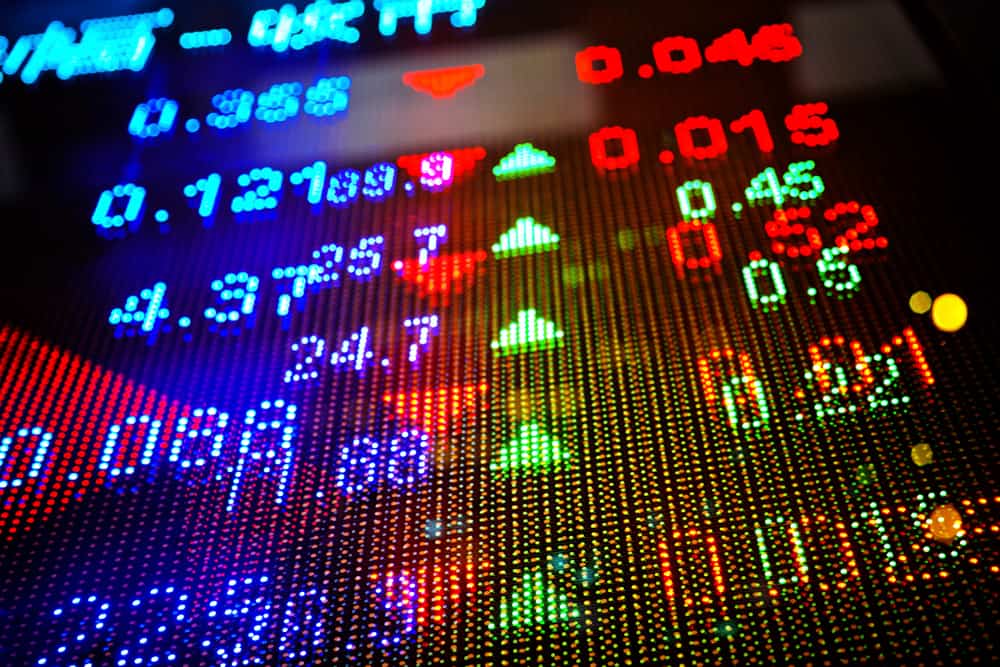 There’s a long-dead saying: “If bad were a boot, s/he’d fit it.” In the case of certain careers and certain segments of the market, there are hideous boots that require awful people to fill them. However honorable capitalism may be when it allows a person to work hard and earn a mythical dream, it can also unleash evil industries onto the world. Some of these are bad from the ground up, brokering on insecurity and misery. Others begin as honorable endeavors. It is only through malfeasance that they become twisted, broken parodies.

To help put you in the holiday spirit, whatever time of year it is, here’s the 16 Evilest of Evil Corp.’s corrupt industries. Almost all are among the most important to survival and a safe social structure.

The big daddy of corruption, one need only look at the 2008 real estate crisis to see how ugly banking is. After the repeal of the Glass-Steagall Act, banking has become a game of using our money to screw us. Wells Fargo makes up false accounts for customers to forward their profiteering agenda. Terrible interest rates are given to people who can’t possibly afford it; and then they’re left out in the cold, literally. When the foreclosure and repossession markets boom.

Though regulations were put in place to prevent crises such as The Great Depression, stock traders have slowly been eroding away restrictions and finding new ways to screw the system, and the people who are investing their money into it. Algorithm trading is one of many examples of systemic corruption and market manipulation. Plus, stock management is all about gambling with other people’s cash, so it’s a hard sell with a lot of promises and no repercussions when traders lose your fortune. Then, say the words Bernie Madoff and let the room go quiet.

The people who produce water and power are price-gouging monsters who allow untold deaths from their failure to provide basic service to those who need it the most. Extortion prices, allowing babies to perish of dehydration, the utilities of the world are greed personified. They hurt the poor using nature-provided resources. FirstEnergy is a good example of the kind of monkey shines utility companies dig. The company was accused of allowing a nuclear reactor head to reach critical levels, then spent $33 million making the whole mess disappear. In a world that runs on power, it’s a game of blood and knives.

It’s reached the point where finding a contractor who doesn’t cut corners with materials, doesn’t overstep safety regulations, doesn’t pad work hours, and doesn’t leave time bombs at every job site is a rarity. Long ties to organized crime have given construction – along with waste management – bad names. In some cases, it’s undeserved, but the construction field is full of folks trying to make an extra buck, or line their pockets while leaving cracks in your foundation.

Yellow journalism got a new life with the proliferation of the Internet. It became impossible to find reputable sources, vet them, get to the truth, beat the competition, and scoop your peers. Thus, even the vaunted church of news has become a lot of white noise where misinformation is peddled by everything from large television conglomerates all the way down to shaky list-based websites. Every voice is heard, and opinions are mistaken for facts in a land where critical analysis doesn’t have time to roll out of bed. Propaganda to your earlobes.

Special interest groups have voters fighting their own best interests. Those who would benefit most from socialism vote for consumerism. Shouting the loudest wins votes, but that doesn’t matter. Elections are decided by broken, outdated systems, not votes. Those votes seem bought by Russia anyhow, though that can’t be confirmed thanks to the marvelous mass of media on display.

Smuggling contraband, human trafficking, moving fugitives, hauling illegal immigrants, and even basic tax evasion are all part and parcel with the shipping and receiving industry. If someone says they are an “importer/exporter” then they are likely the filthiest demon you’ve ever met. Or, they drive papayas around.

In bed with the government, agriculture and biotechnology are all about keeping the competition local. They will happily modify organisms to bear destructive genes that will lead a dominant strain of grain to wipe another out. In some cases, a species of grain – as an example – will be made to not only grow fast, but to infect or overtake nearby crops of different type. This is called a “Terminator Gene.” Then, the maker of this “Terminator” grain (etc.) can claim the other farmer stole it. It destroys the crop of the competition, removes their ability to continue farming, and allows the corrupt farmer to expand. Now, corruption is about all that’s left.

The whole system of medication is broken from the ground up. Then, it’s shot through with insurance companies and their endless rules to avoid any liability. To say nothing of sudden capitalists and “Pharma Bros” who decide Penicillin is only for the rich.

No one owns land. The land is just there, the same way as the sky and space and air. Yet, people claim they “own” parts of it and then require other people pay to live there; pay to walk on it; pay to drive on it; pay to develop it. All paying for something that isn’t actually owned by anyone. That’s theft from nature turned into profiteering and exploitation. Sick from root to branch.

Horrifying to say the least, you’ll find some of the most widespread corruption happening with total legality and sanction. Most non-profits only are required to spend 5% of donations taken in to solve the issue the organization claims to address. Thus, a breast cancer charity can spend 5% of the money it takes on curing breast cancer, and the rest on huge pensions, golden parachutes for CEOs, and advertising, advertising, advertising to get more dollars.

Cosmetics is an unusual beast, in that it doesn’t need to exist. It’s wholly superfluous and without much in the way of merit. Yet, by praying on human insecurity and peddling beauty in the form of carcinogenic skin glazes, it’s a $170+ Billion industry. It has no issue with testing on animals, and would likely test on a fetus for an extra couple of bucks in the till. Cosmetics are full of heavy metals, such as mercury, lead, and arsenic, which are good for killing and little else. At least you can then shine up the tumors to keep the cycle going.

A company that makes money by pretending nothing is wrong is disinclined by its very nature to admit it’s time to pay up. Insurance sells nothing but the vague hope that you’ll get help when you need it. Rarely is that the case, and when it is, it comes at the end of a long legal battle.

Hundreds of millions of dollars wasted on a plane that doesn’t work while military families are on food stamps. Dangerous troop operations on foreign soil that render no tangible results beyond the corpses of young women and men being returned home. All orchestrated by politicians who rarely serve a single day in a uniform.

Pharmaceuticals deserves its own category, because the people who would deny pills to the sick and suffering, would turn away the bleeding, the blind, and the dying are sick. Elsewhere in the healthcare world, the corruption isn’t often as callous. Healthcare is all about peer reviews and forwarding one’s own agenda, ignoring what is best for science. The doctors and nurses rarely listen to patients, hospital infections rise, and dangerous pills are handed out until the landscape is blanketed with antibiotic-resistant bacteria. But we can all die hooked on painkillers. Then there’s the way it interfaces with the mustache-twirlers in insurance. Then they lay some really sinister eggs.

You’ve never met an invasive think-tank like the psychological predators behind social media. How to get more likes. How to waste more of your time. How to slow down your browsing but increase your buying. How to put you in the mood to buy. How to make you want and need to purchase or to get dopamine jolts from little Thumbs Up and fritter away your life, “socializing.”