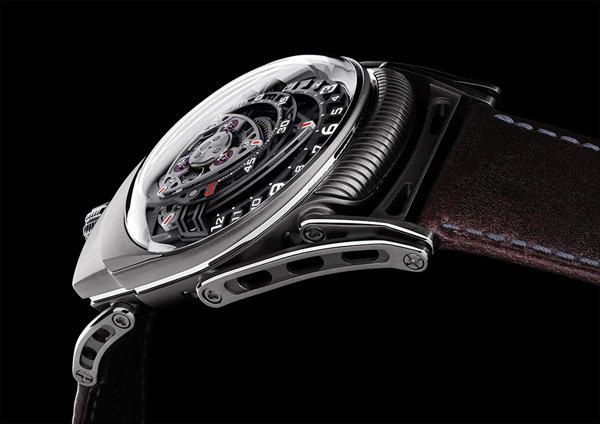 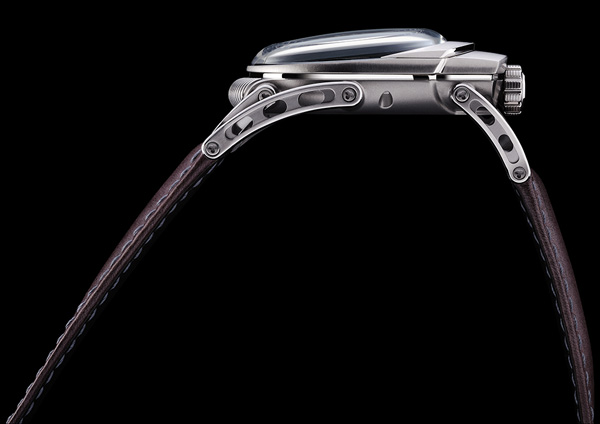 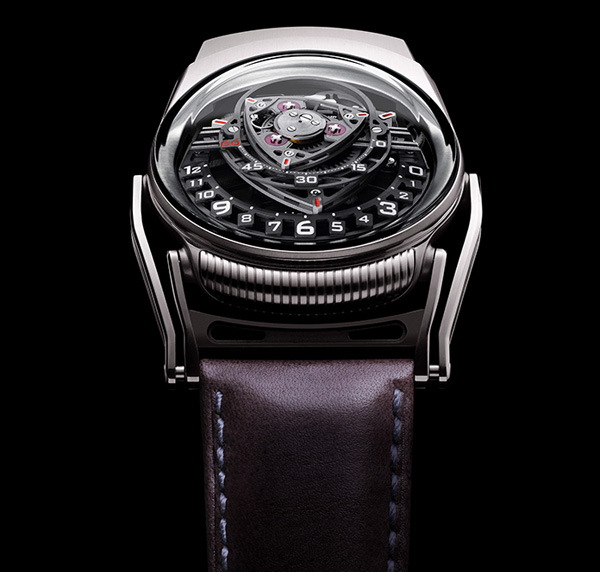 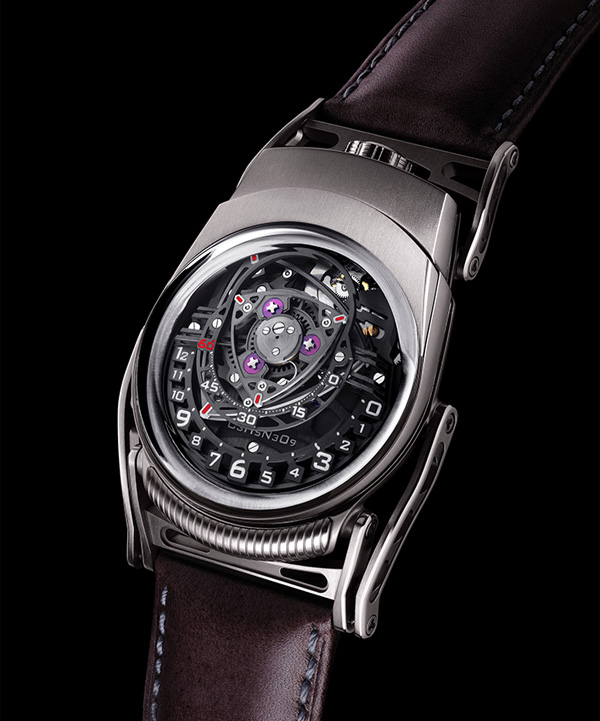 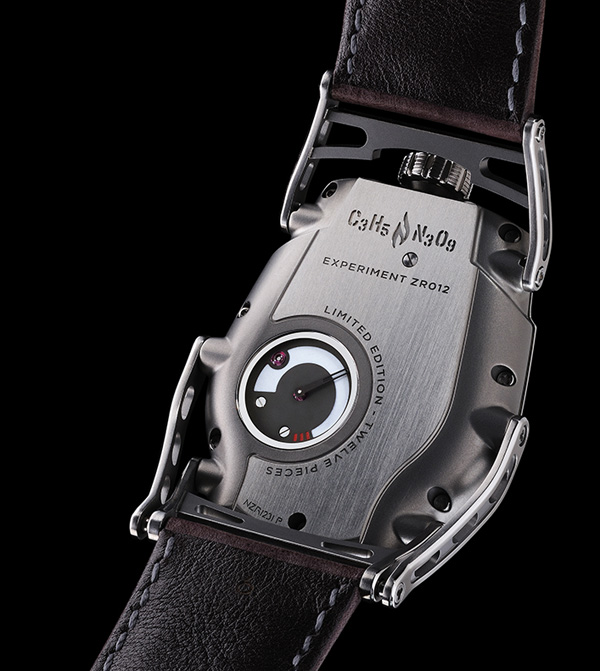 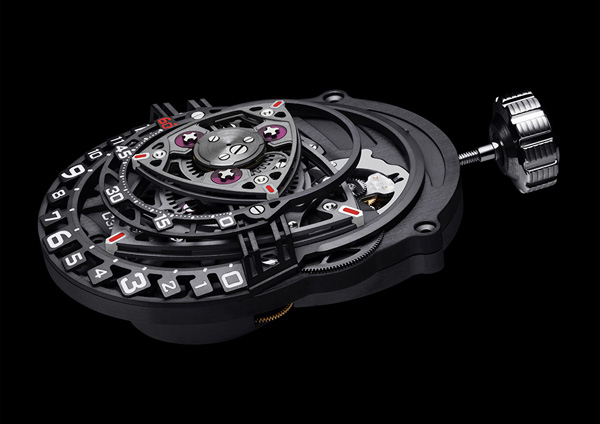 Two of TheCoolist’s favorite watch designers, MB&F and URWERK, have teamed up to develop a refined experimental timepiece inspired by nitroglycerin.  The Nitro Watch by MB&F x URWERK, also known as the C3H5N3O9, takes its roots in an idea shared by Maximilian Büsser and his friends Martin Frei and Felix Baumgartner (no, not that Felix Baumgartner) of URWERK.  It is powered by a Wankel engine, and its movement is a lot more complex than meets the eye.  We’d try to explain it, but we thought we’d leave that to the professionals:

At first glance the time appears to be indicated by centrally rotating triangular rotors; however, the triangles are actually Reuleaux polygons; they rotate eccentrically rather than centrally and track complex epitrochroid curves rather than circles.

This is shown in a lot more detail here, with an animation of the Wankel-style movement of the watch.  The 12 numbered dials at the bottom form a half-circle, a 180-degree display that the movement passes along twice daily.  A minute indicator spins above the hour indicator on the movement itself, and the result shows an accurate measure of time that is startlingly easy to read.

Ultimately, it is the visual aesthetic of this watch that has us so spellbound.  MB&F and URWERK are two of the most progressive watch makers of this young century, and this collaboration showcases the best of both worlds.  We’re hoping that this is the first of many collaborations, and we celebrate the complex, inventive machinery they’ve created in this one.