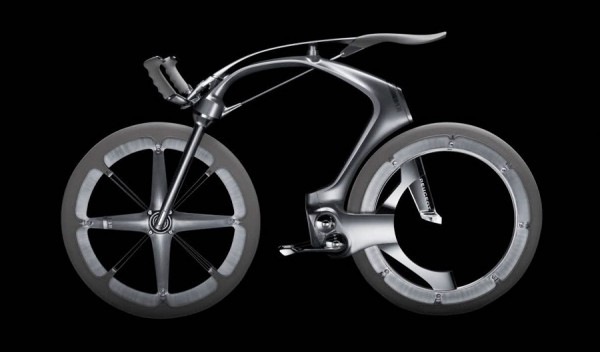 Peugeot B1K Bicycle Concept | Since its invention, the bicycle really hasn’t changed much.  Its basic components remain the same– a pair of wheels, a crank-driven drivetrain, a frame, a seat and some handlebars.  The components themselves have evolved, but the basic song has gone unchanged.  The design team at Peugeot Bikes, however, have created a bike concept so alien to our eyes that change may be on the horizion.  The Peugeot B1K Bicycle Concept takes on the traditional bike format by adding a chain-free drivetrain, removing the down tube and giving it a fierce new design that is as progressive as they come.

The Peugeot B1K Bike Concept is a carbon-constructed race bike built for the track or the urban pavement.  The rider’s torso is angled downward toward the pavement ahead, reducing drag and providing improvements in weight balance and power transfer.  The chainless drivetrain looks amazing, but details on its efficiency have not been revealed.  The lack of a down tube on the frame leads to questions about its rigidity, as the bike may flex during use.  Any racer will tell you– as light as a feather and as stiff as a board, the better.  But the design itself leads us to give Peugeot the benefit of any doubt, as this design is easily the sexiest we’ve seen yet in 2010, and high up in the running (er, riding) for 2009. [via bikerumor] 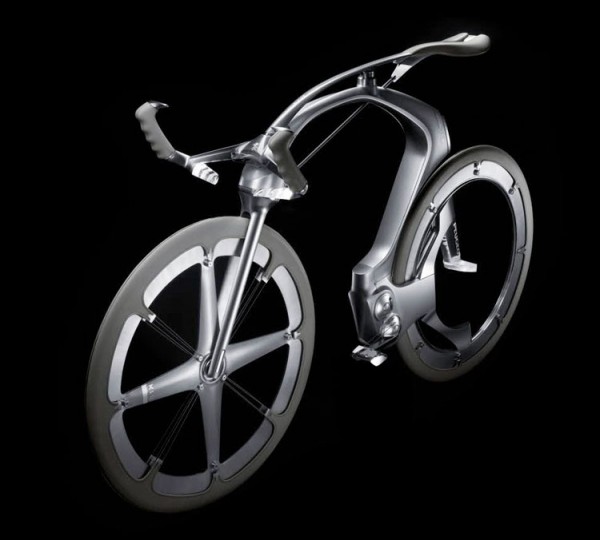 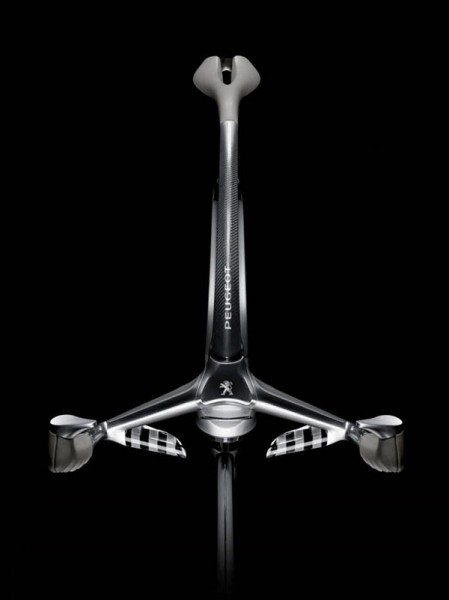 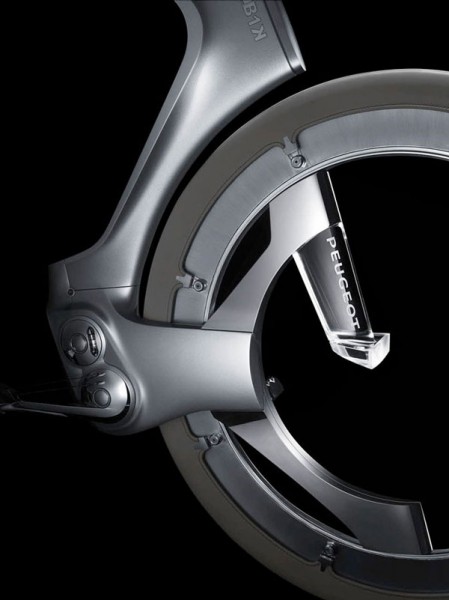 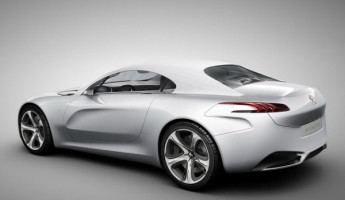 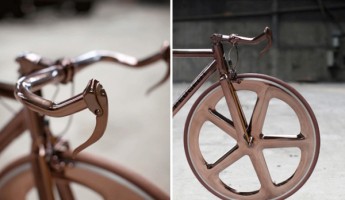