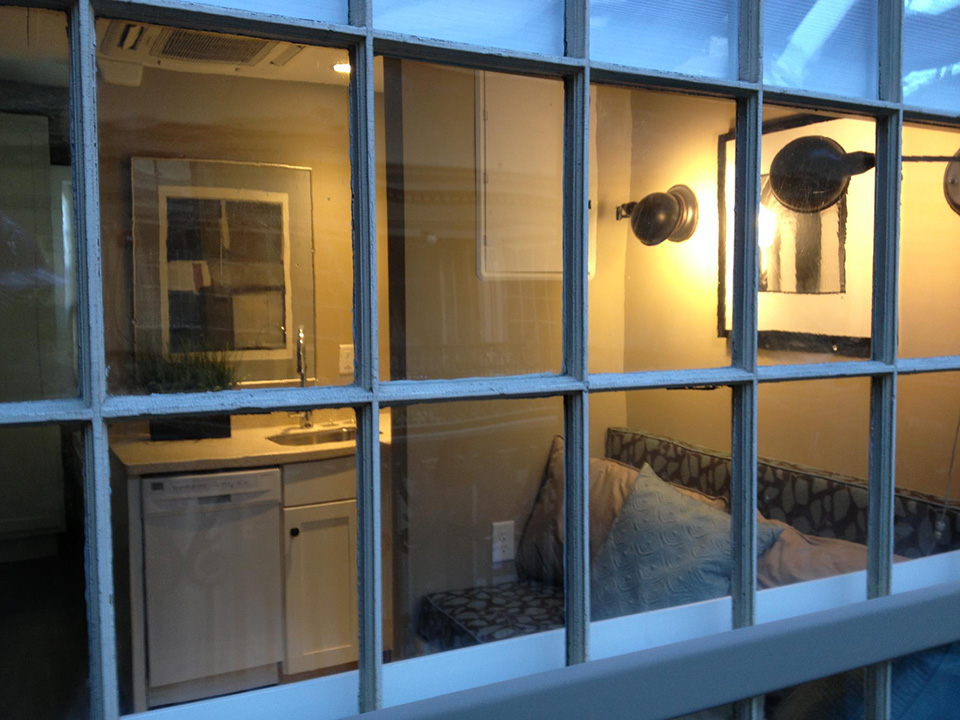 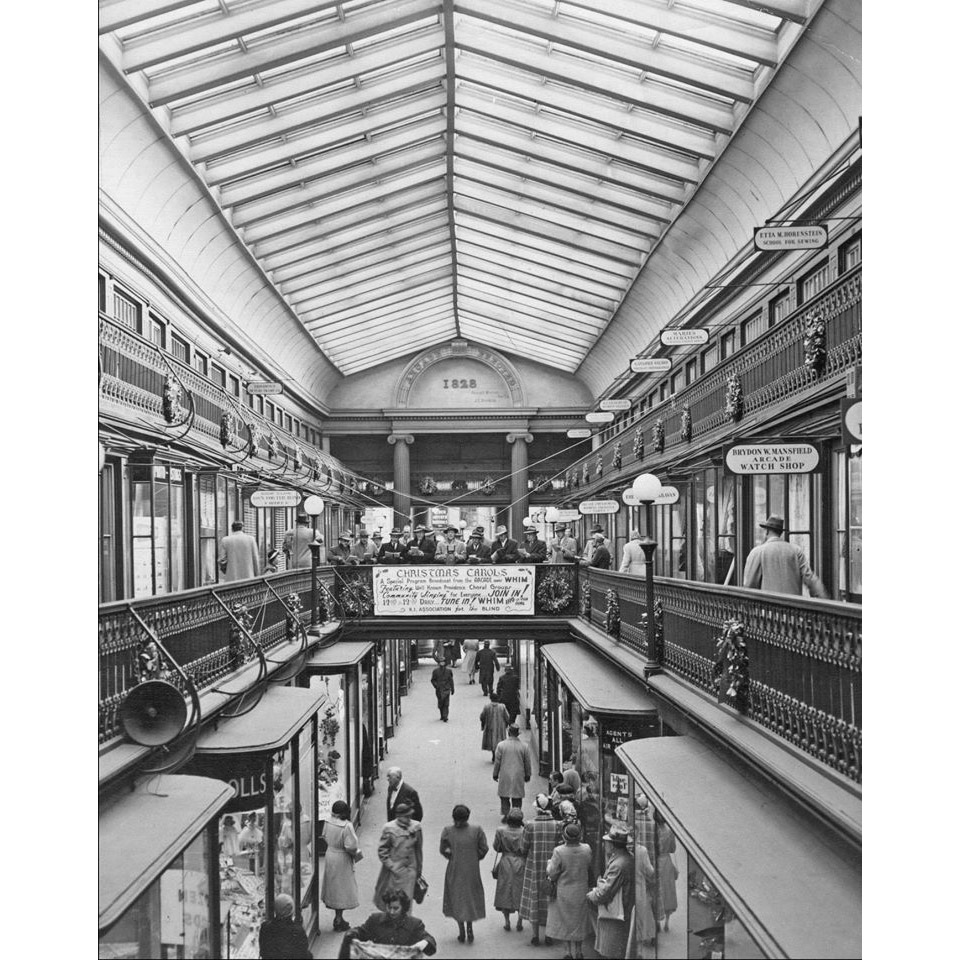 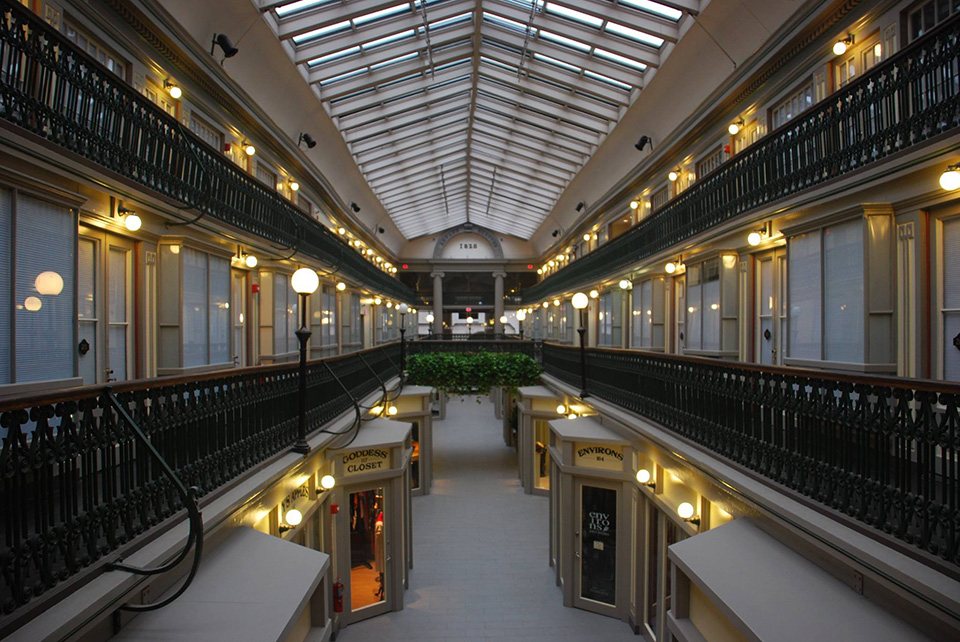 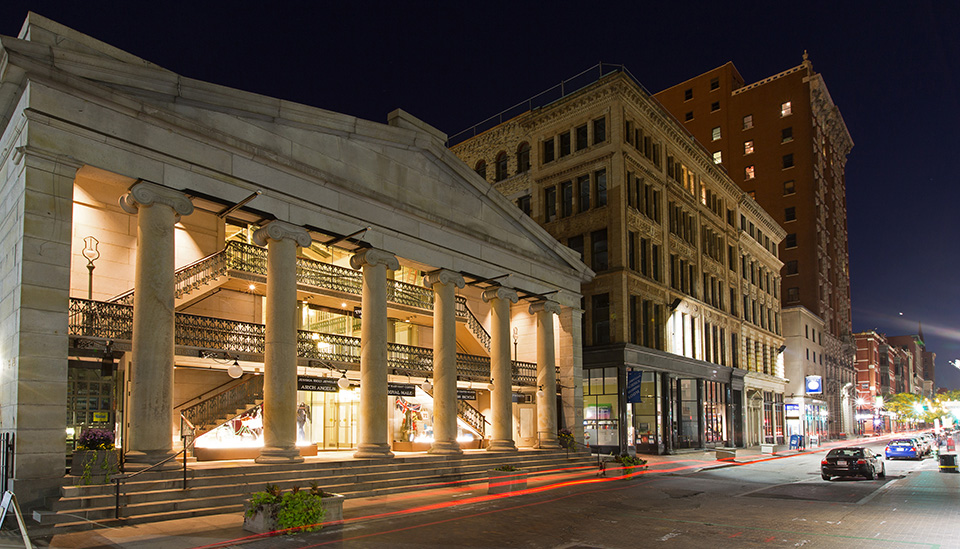 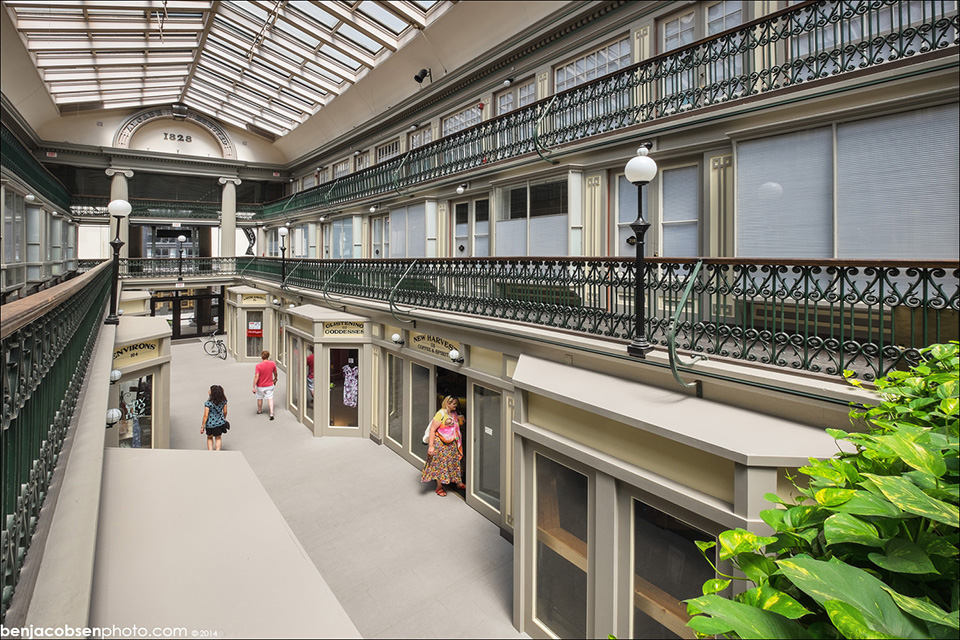 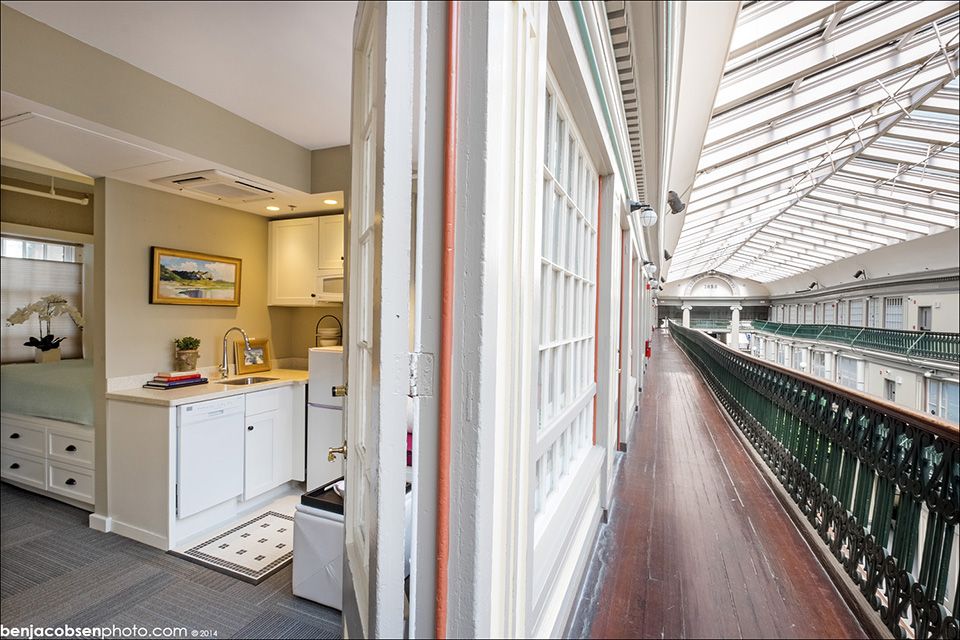 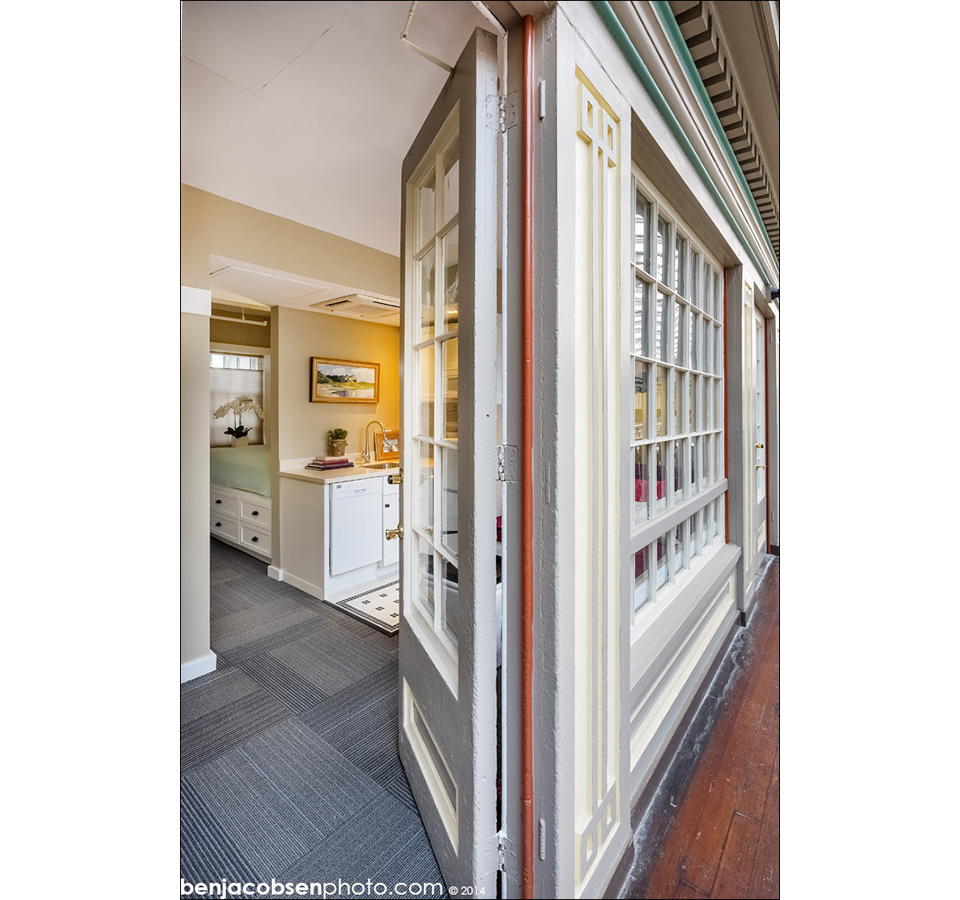 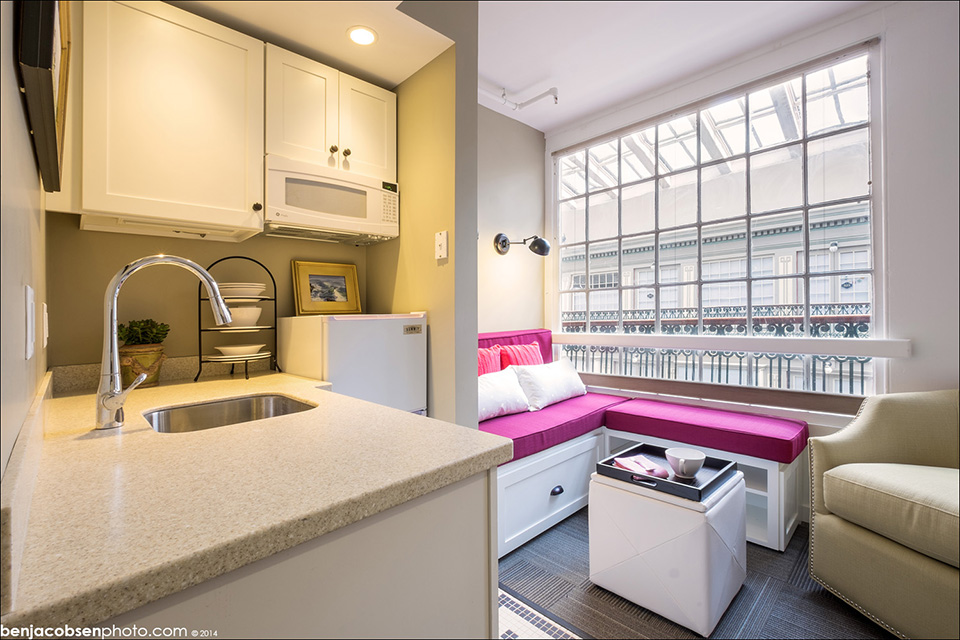 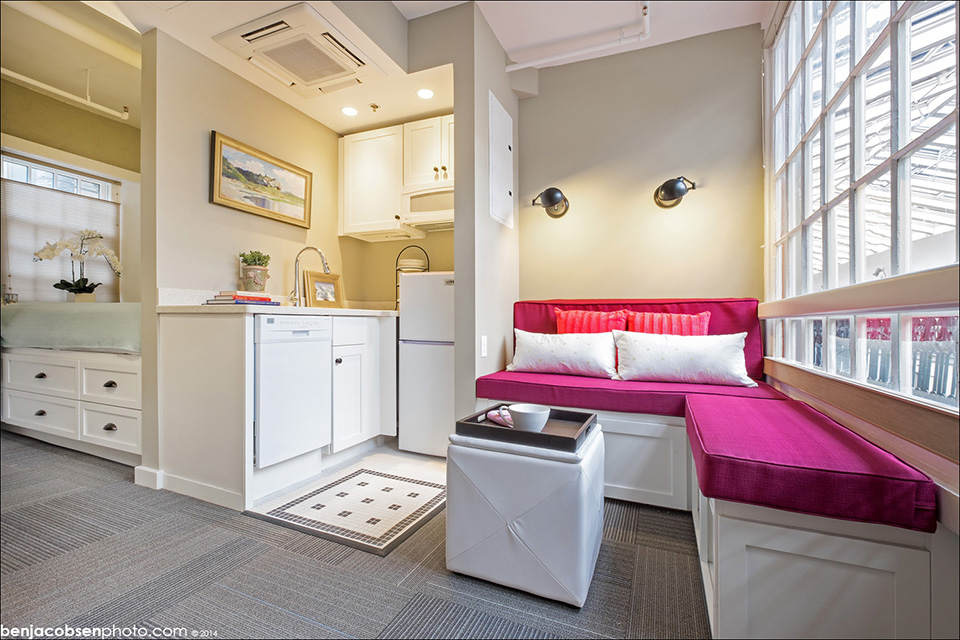 The American shopping mall is an endangered species, a collection of relics of a fading form of commerce. Those that remain open struggle to remain relevant, and those that have passed on are either empty or demolished.

This one in Providence, Rhode Island is different. It is America’s oldest indoor shopping mall, a three-story complex dating back nearly 200 years. It has been re-imagined to take on an entirely new role– micro housing for urban dwellers in downtown Providence.

The Arcade Providence is a community of 48 micro-lofts ranging in size from 225 to 300 square feet. New retail and entertainment have moved into the bottom floor, resulting in a community-style complex that is open to public guests.

It’s one part restorative architecture, one part tiny-house movement, one part mixed-use development. It’s a case study in how developers can create small, desirable living spaces that comprise something greater than the sum of their parts. 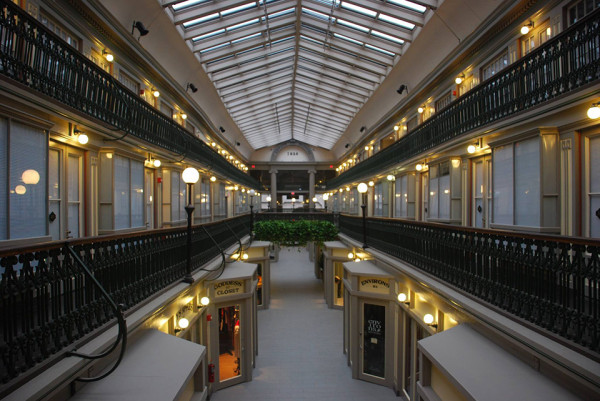 To build the Arcade Providence, the developers tapped Connecticut-based Northeast Collaborative Architects. NCA has seen great success in restorative architecture, in turning old and decaying structures into something both new and historically-minded.

The Arcade Providence maintains much of the original design, including a wall-to-wall array of skylights, original metal railings and streetlights for evening lighting. Many structural elements also remain, right down to original wooden window frames along the entry of each unit.

The goal of micro-loft living is to do more with less, and to enjoy more affordable rent rates in increasingly expensive cities. Units at The Arcade Providence start at $550 a month for a 225-square foot space. These aren’t open room studios, either. They’re one-bedroom units with creative designs that provide ample space for one or two occupants plus room for entertaining. 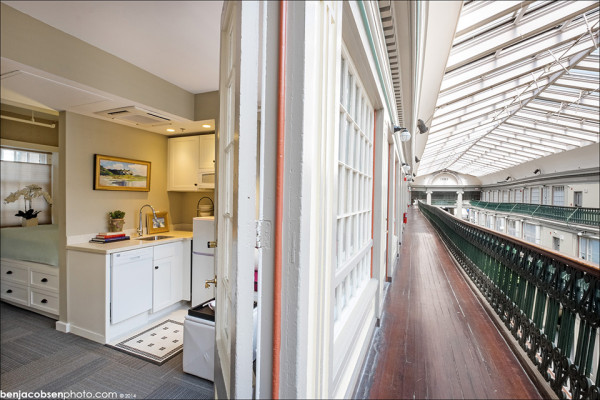 The developer and architect have maintained the original shopping spaces on the bottom level for new boutiques, restaurants and bars. There’s activity during the day and entertainment at night. The idea is that tenants don’t need to leave the building for recreation, and they have a community they can proudly invite others to enjoy. All for a fraction of what they might pay for a standard apartment nearby.

If you like the idea of living small in an urban setting, check out The Arcade Providence next time you’re in Rhode Island. Don’t expect any of these units to open up soon, however, as there’s already a waiting list for occupancy at The Arcade. With that, the developer and architect should be patting themselves on the back. 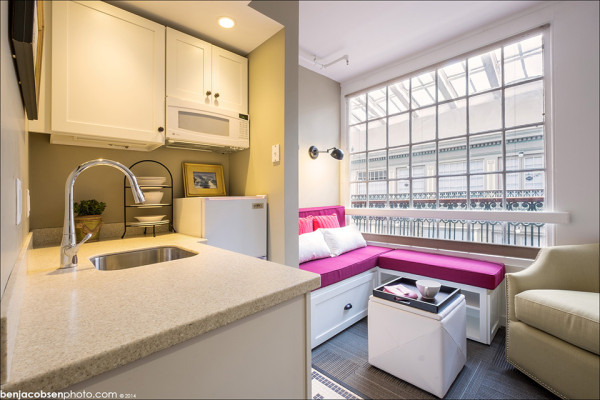 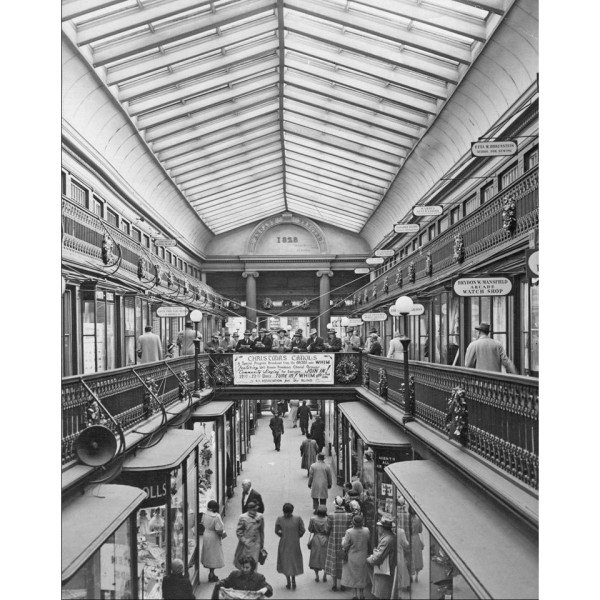 Micro Lofts at The Arcade Providence by NCArchitects | Gallery