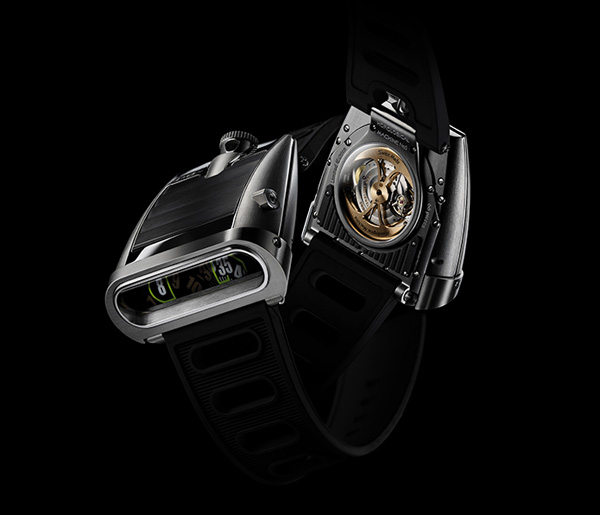 MB&F, Europe’s most imaginative watch maker, has revealed a new timepiece inspired by the view of the future from the 1970s.  The New MB&F HM5 Timepiece is the fifth watch engine devised by Maximilian Büsser and friends, a continuation of cool, contemporary time keeping.  The HM5 takes its philosophy from a pre-digital future, and its shape from the legendary Lamborghini Miura  and other supercars of the early 1970s.

Like the instrument panel on an early 70s speedster, the HM5’s display shows the hours and minutes in an mph/rpm fashion.  Those hours and minutes are powered by a pair of jump hour systems where the numerals roll into a set marker, not the other way around.  The rear side of its case features slatted louvres (again, like the rear of a 1970s sports car) that allow light in for a bit of back light on the rolling digits.  Under “the hood”, the HM5’s mechanics are shown through a clear case, spinning away to rotate the numerals in the above display.  The parallels between top-of-the-line 1970s automobiles and the new MB&F HM5 are clear and abundant.

MB&F’s latest time piece is likely to begin rolling out of the garage in 2013, available for the automotive purist and watch lover alike.  While some of the earlier MB&F watches still hold our heart as our preferred favorites, we always salute this daring watch maker for doing something so different– and doing it so well. 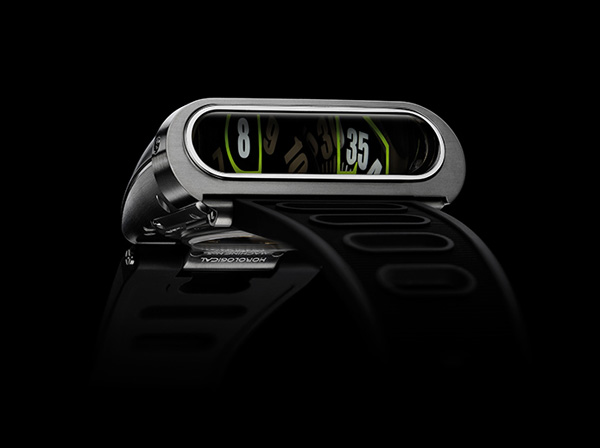 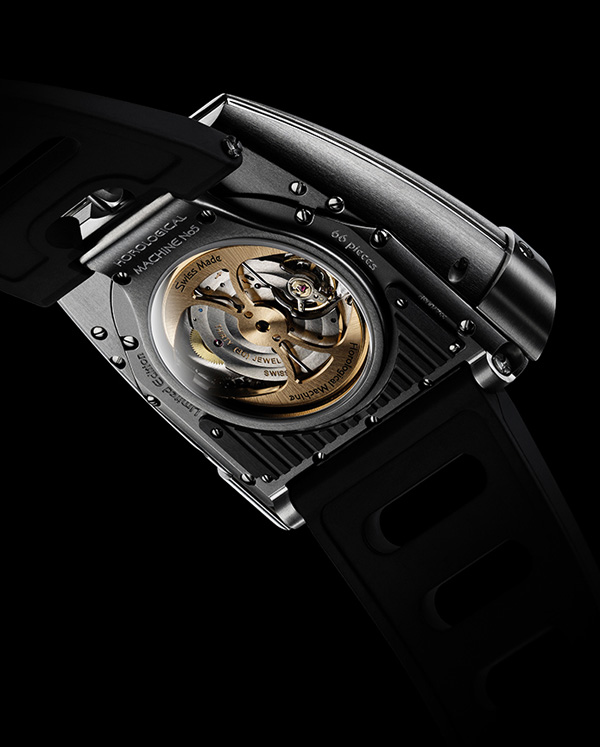 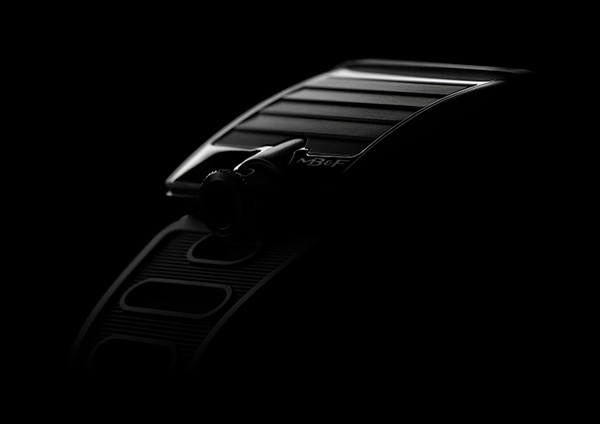 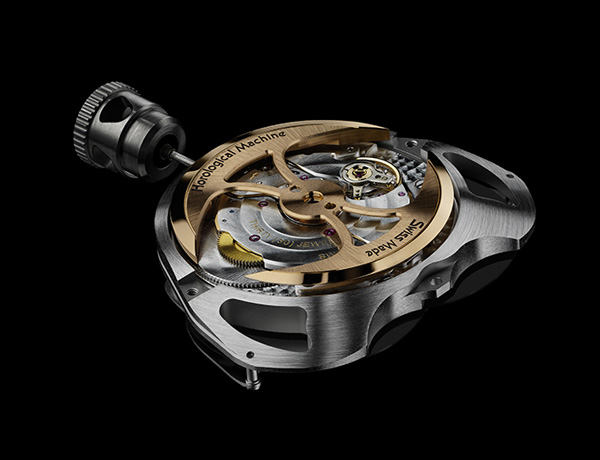 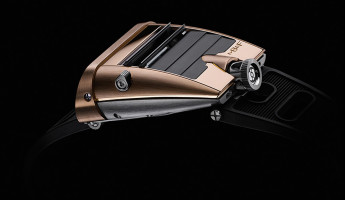 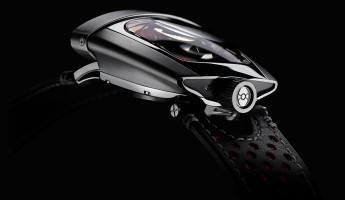