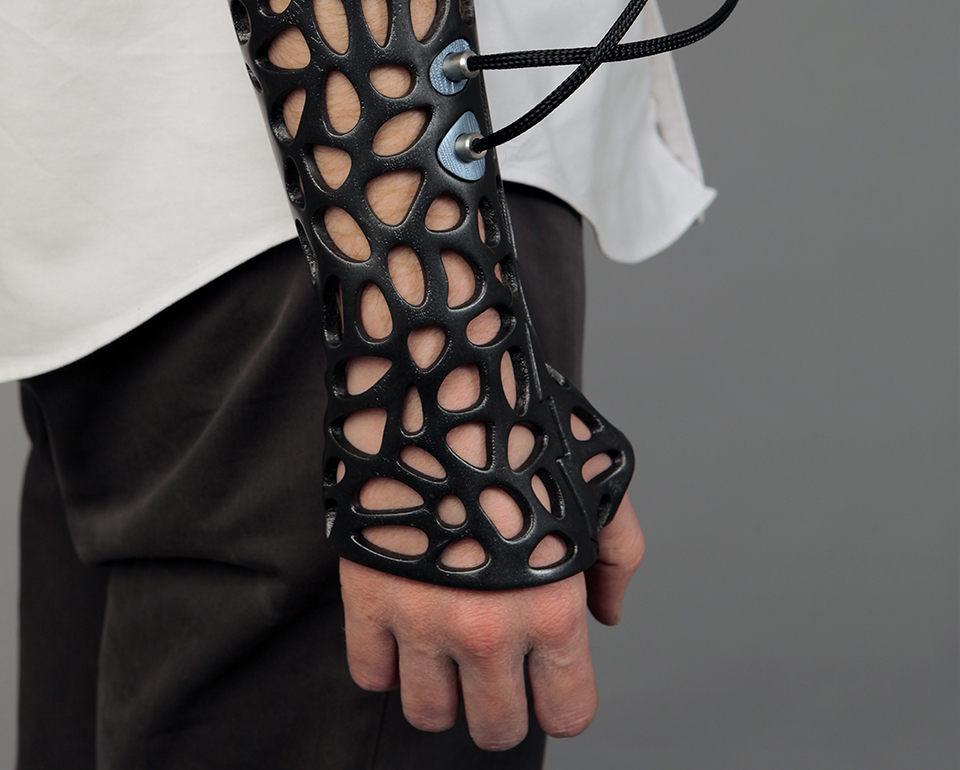 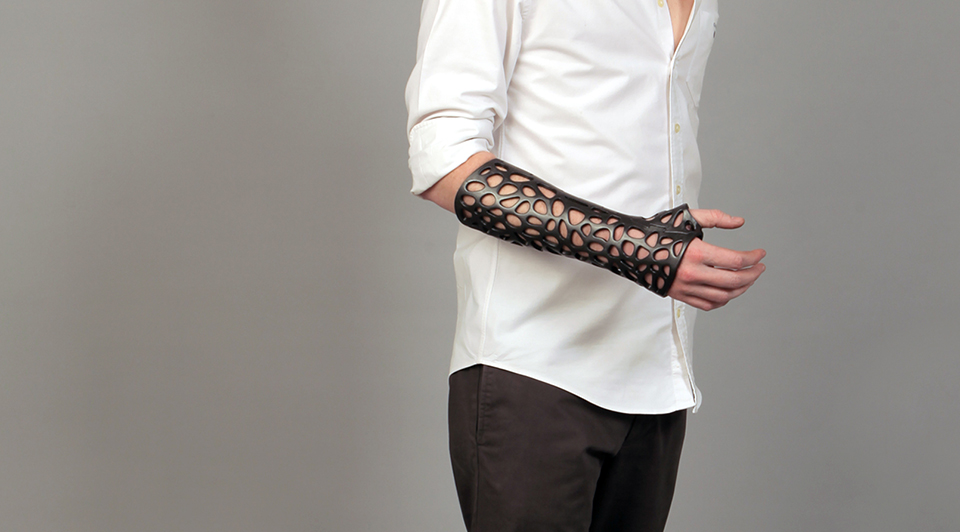 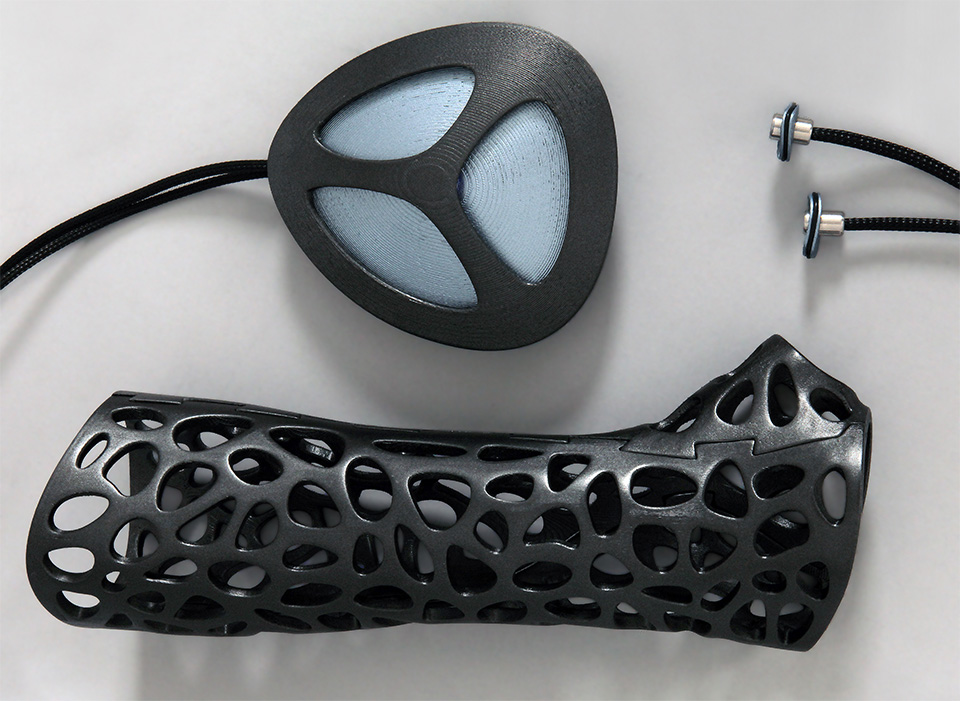 One of the worst things about breaking a bone – aside from the terrible pain – is the general unwieldiness of casts. Wearing one is often held to be a genuinely unpleasant experience, made only slightly better by the cast signings. Factor in impossible-to-reach itches, the fact that most casts don’t do so well around water, and the inevitable stench upon their removal; and, well…things go from bad to worse. One designer thinks he might have the answer to all these problems – and a tool to speed up the healing of broken bones, in the process.

Modeled after Jake Evill’s Cortex 3D-Printed Cast, Deniz Karashin’s Osteoid Cast takes the same basic idea – a custom-made, 3D-printed ‘mesh’ cast fitted to the arm – and refines it. The well-ventilated cast has a snap-together design which can easily be removed; it’s also waterproof, meaning patients don’t have to concern themselves with getting it wet. The most interesting feature, though?

It’s something called a LIPUS – Low-Intensity Pulsed Ultrasound – Generator. Taking the form of a small, remote-control-like device, the LIPUS generator attaches to the cast and sends pulses of ultrasound into the affected area. That might sound a touch odd at first, until you consider that ultrasound therapy is a method that’s been scientifically proven to speed the regeneration of damaged bone tissue. 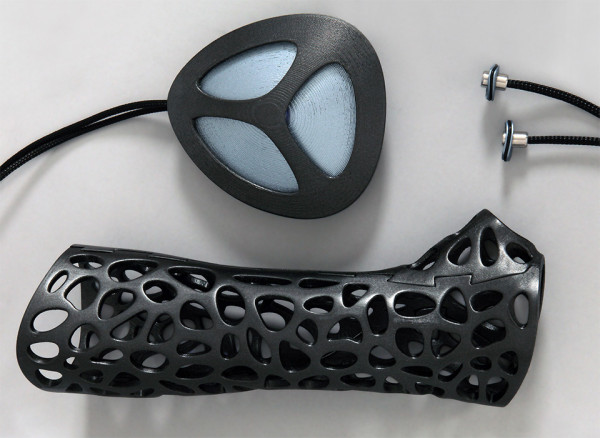 “For single 20 minute daily sessions this system promises to reduce the healing process up to 38 per cent and increase the heal rate up to 80 per cent in non-union fractures,”reads a description of the device.; “in order to function, the LIPUS ultrasound probes have to be placed on the injured area with direct skin contact, because of this requirement it was not possible to use this method with patients using standard medical casts. Now thanks to the ventilation holes on the Osteoid medical cast the LIPUS bone stimulator probes can be placed over the injured area.”

Currently, Osteoid is only a prototype, but I can’t see something like this failing to catch on. Not only is it a relatively elegant (and painless) solution to traditional casts; it’s also a recovery tool.