5 Best Fitness Trackers For Summer 2014 (And One Free Alternative) 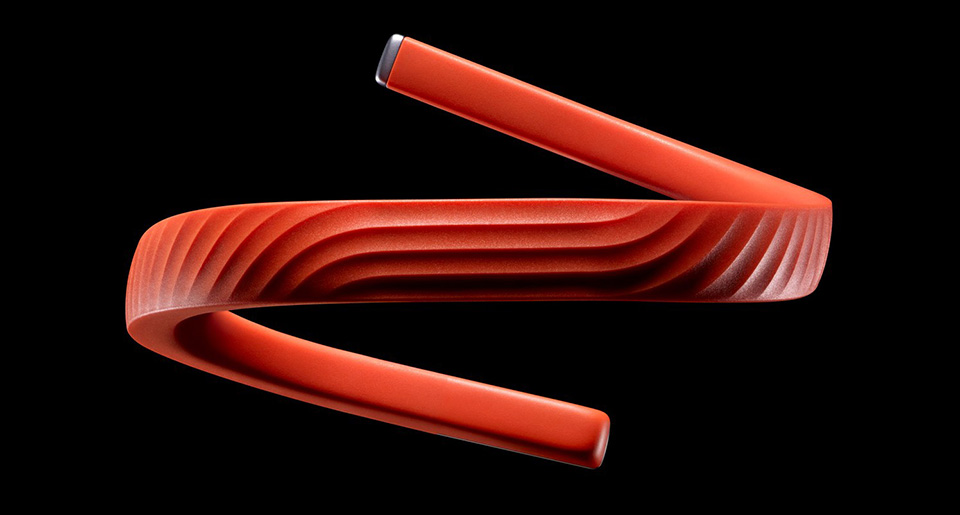 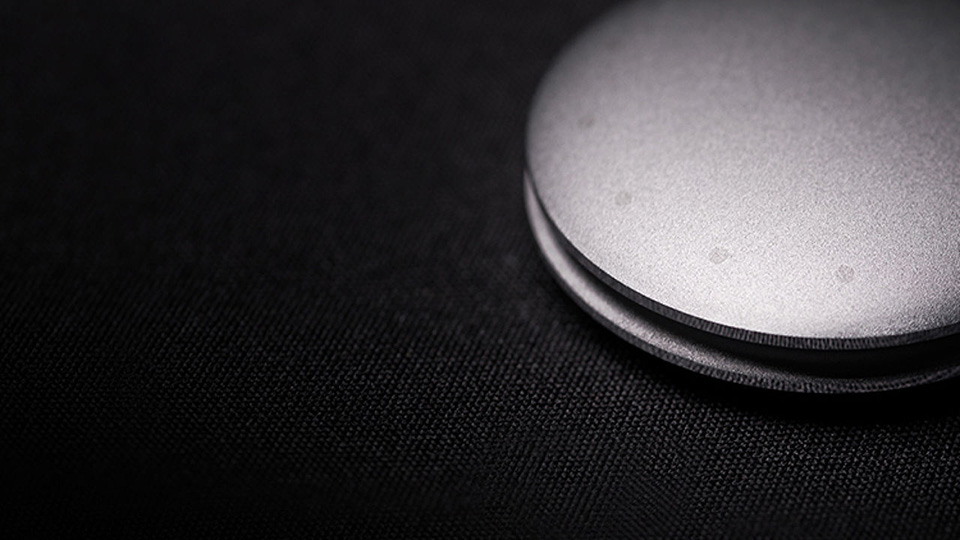 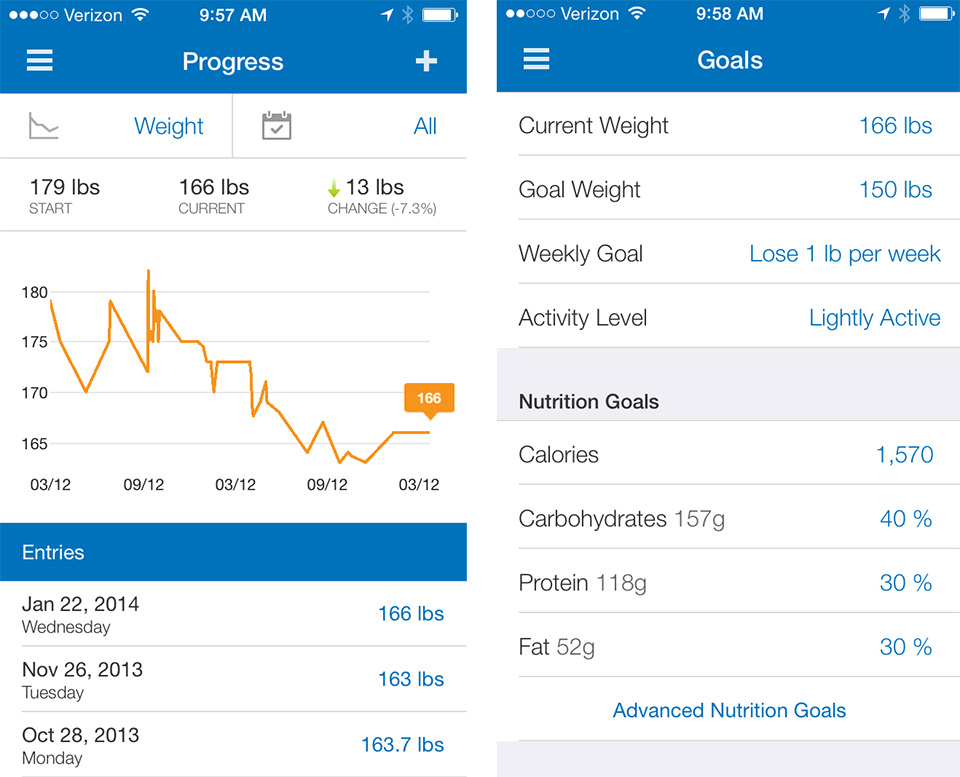 5 Best Fitness Trackers for Summer 2014 – The greatest disadvantage of modern technology lies in the fact that it discourages physical activity. You sit in front of a computer, hammering on a keyboard at work. You sit on the train while going home. You sit in front of the television during your leisure time. Then you repeat the process – day after day, week after week; month after month, year after year. As a result, getting in shape becomes more than difficult – it becomes nearly impossible.  It’s not surprising, then , that so many fitness trackers have started to pop up.  In our ridiculously busy world, it’s only natural that we’d need to turn to technology in order to keep ourselves fit (we use it for everything else).  If you’re looking to get in shape yourself this summer, here’s our selection of the best fitness trackers currently on the market:

Marketed as a tool to help people incorporate fitness into their crowded, busy schedules, this stainless steel beauty comes with a built-in heart monitor. It’s designed like a watch, with a screen to show users their current activity level and progress. It’s also connected to a smartphone and web app which makes getting in shape feel like something of a game ; users are given a series of gradually-escalating goals (“Habits”) to complete, earning points for each one.

The B1 has two primary weaknesses. The first of these is its bulk. As you can see, it’s not exactly a small tool, and could have a tendency to get caught in clothes and the like. Second is that it doesn’t track information about caloric intake – that’s something you’ll need to track on your own if you decide to use this device.  Despite the cons, the design and feature set of the Basis B1 makes it an easy choice to list amongst the best fitness trackers of the moment. The Basis B1 sells for $199.

Although I’m a huge fan of Razer’s gaming peripherals (I’m writing this article on a Razer keyboard right now, actually), I was nevertheless a little surprised to see them expand into the fitness tracking industry. But then, I suppose it shouldn’t be that shocking: video games are kind of a notoriously huge obstacle to getting in shape, so there’s likely all sorts of gamers out there looking to shed a few pounds.  It makes sense– they make some of the best gaming peripherals available, so couldn’t a device by Razer join some of the best fitness trackers on the market?

Okay, maybe it’s not technically designed exclusively as a fitness tracker, but it’s still got the functionality. It’s not like the Nabu is a poorly-made band by any stretch, either. Along with the regular features (sleep tracking, step counting, etc.), the Nabu features smartphone integration (updating you on missed calls and texts), and gesture control. Plus, it’s probably one of the best looking tools here. Learn more about it here (it’s not available just yet).

An update to the original Nike Fuelband, the SE brings to the table a whole host of new features, including algorithms designed to prevent users from “cheating the system.  Why you’d buy a fitness tracker only to fudge your numbers is honestly beyond me, though perhaps it has something to do with Fuel Points – a built-in feature of the watch designed to get users competing against friends. Basically, as you exercise, you can set goals and issue challenges to your friends through the device’s built-in mobile or desktop application. Completing these challenges will earn you points, which offer little save for bragging rights…but I guess some people really like to brag.

Anyway, it’s a smartly-designed, water-resistant fitness tracker with a bunch of awesome new features (though it doesn’t go as in-depth as some other watches). Grab it here.  Be warned though, while Nike has made some of the best fitness trackers created to date, including some of the first ever released, they’ve ceased the development of future devices.  That could bring the Fuelband SE to you at a discount, but it might also mean that you may need to crossgrade to a competitor in the future.  With that, you’d lose your fitness history in the process. 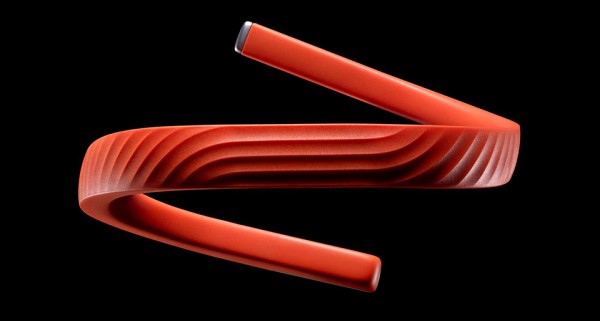 Without a doubt the most advanced fitness tracker on this list, the Jawbone UP24 is also one of the most ergonomic. Although it isn’t waterproof, its simple and elegant design means you’ll be able to wear it nearly anywhere you want to go with absolutely no fuss.  Bluetooth 4.0 support means that fitness data can be synced in realtime to an Android or iOS device, at which point everything can be analyzed, picked apart, and optimized. Using this app (or the desktop app), fitness junkies can also log both food consumption and workouts.

The most intriguing aspect of the Jawbone, however, is the Insight Engine. Designed by a data science team, the engine analyzes your personal data and make recommendations to improve your step count and sleep time. You’ll also receive an email each Monday summarizing your progress. 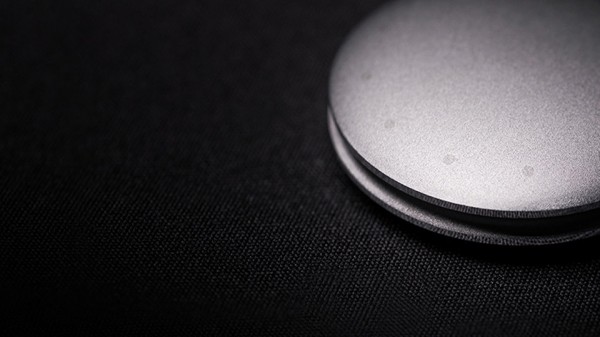 My poison of choice when it comes to exercise is the pool – which is why the Misfit Shine is absolutely perfect for me. Not only is it fully waterproof, but when it comes to battery life, it is one of the best fitness trackers ever made. Wearable around the wrist, as a necklace, or on the pants, the Shine is waterproof up to 50 meters and includes a plethora of optional accessories. Although there’s no altimeter, the Shine still does an admirable job of tracking one’s exercise routine, with an interface that requires only a few simple taps to activate. Like many of the other watches on the list, it also supports Bluetooth 4.0 Smart syncing (compatible with both iOS and Android). Pick up your own for $119.95. 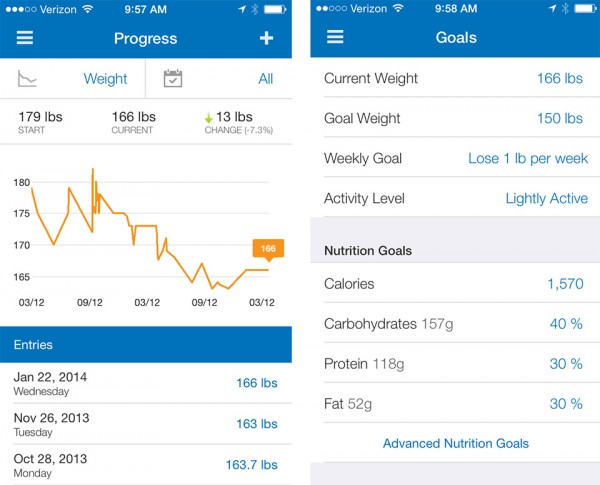 Not sure you want to spend the money for one of the five best fitness trackers we’ve highlighted?  A free alternative like this one will get you on the route to fitness just fine.  I was debating whether I should mention MyFitnessPal or RunKeeper here, but after some consideration, I decided to go with the former – the latter’s switch from Google Maps to Open Maps has made it all but unusable. MyFitnessPal is thus the superior alternative. It’s one of the simplest calorie counter and exercise tracking apps on the web, and includes on the website a list of recommendations for a bunch of different mobile apps to help you keep fit.

We’re living in a world where getting in shape – and staying that way – often requires a herculean effort (or the assistance of a personal trainer). Thankfully, plenty of technology exists to make the process simpler. Hopefully at least one of the five best fitness trackers here resonated with you; if so, it’s time to get in shape. There’s really no excuse for doing anything but.