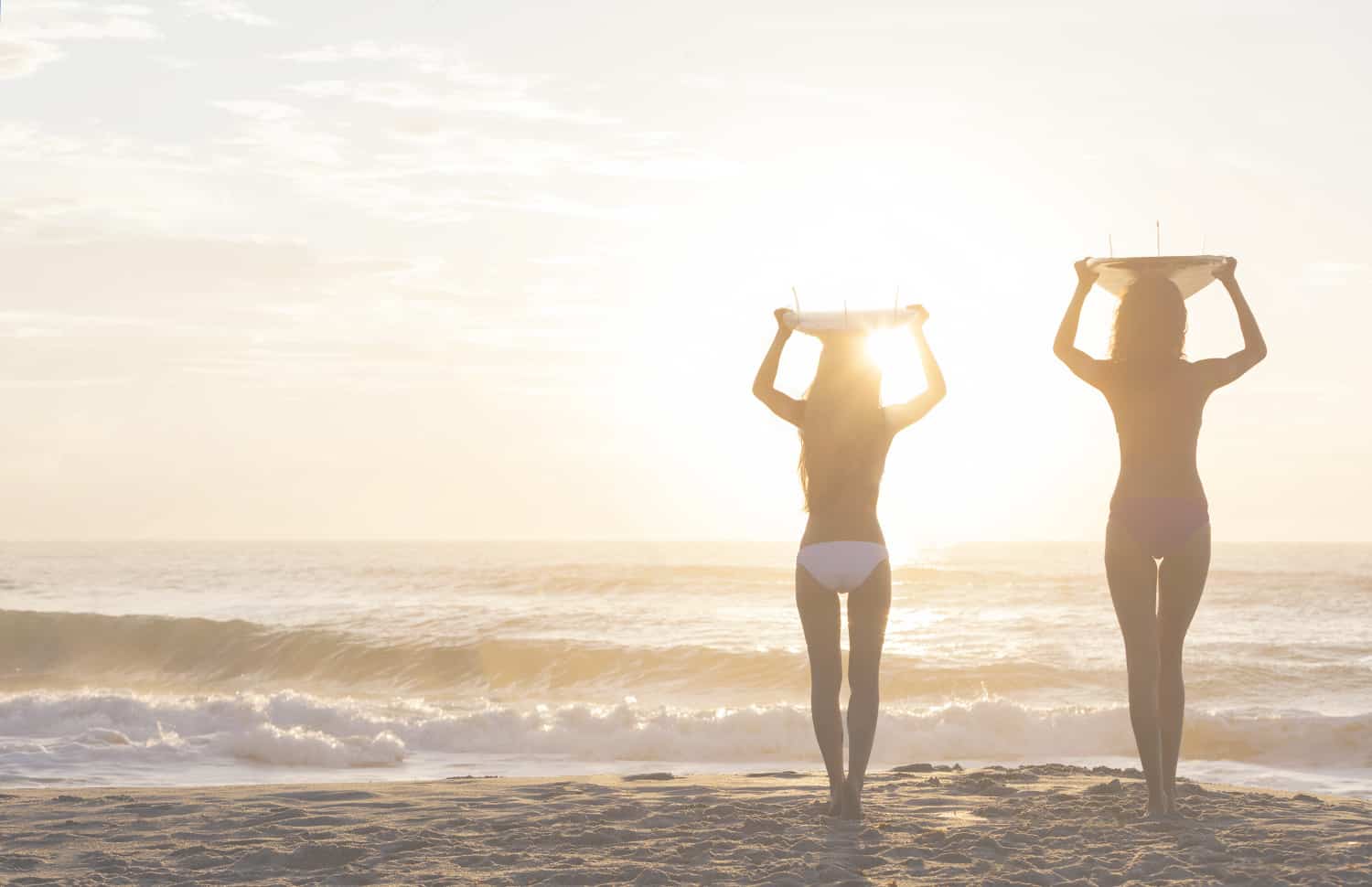 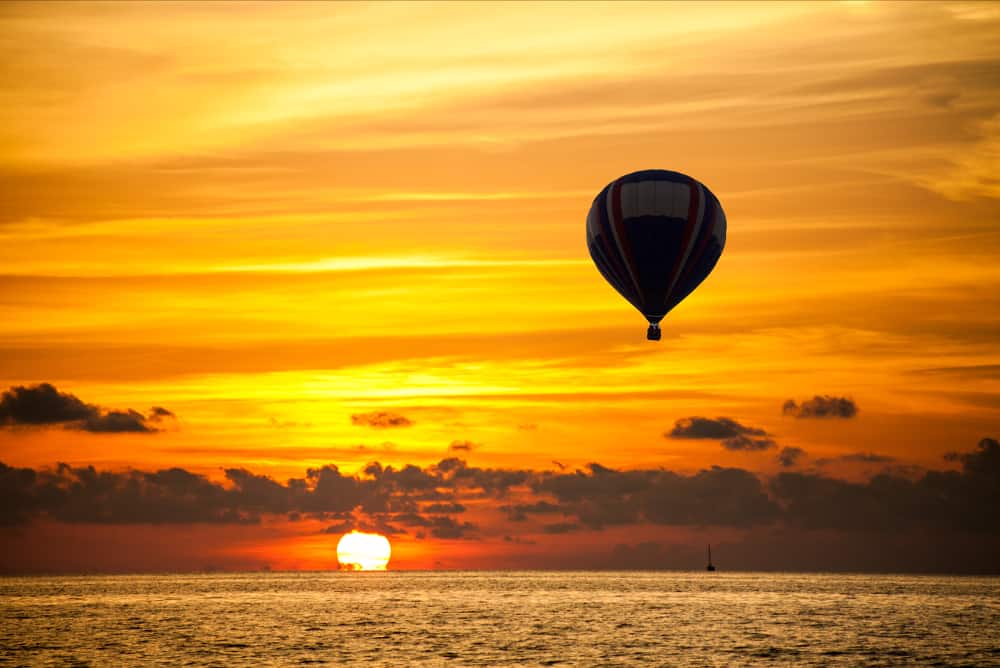 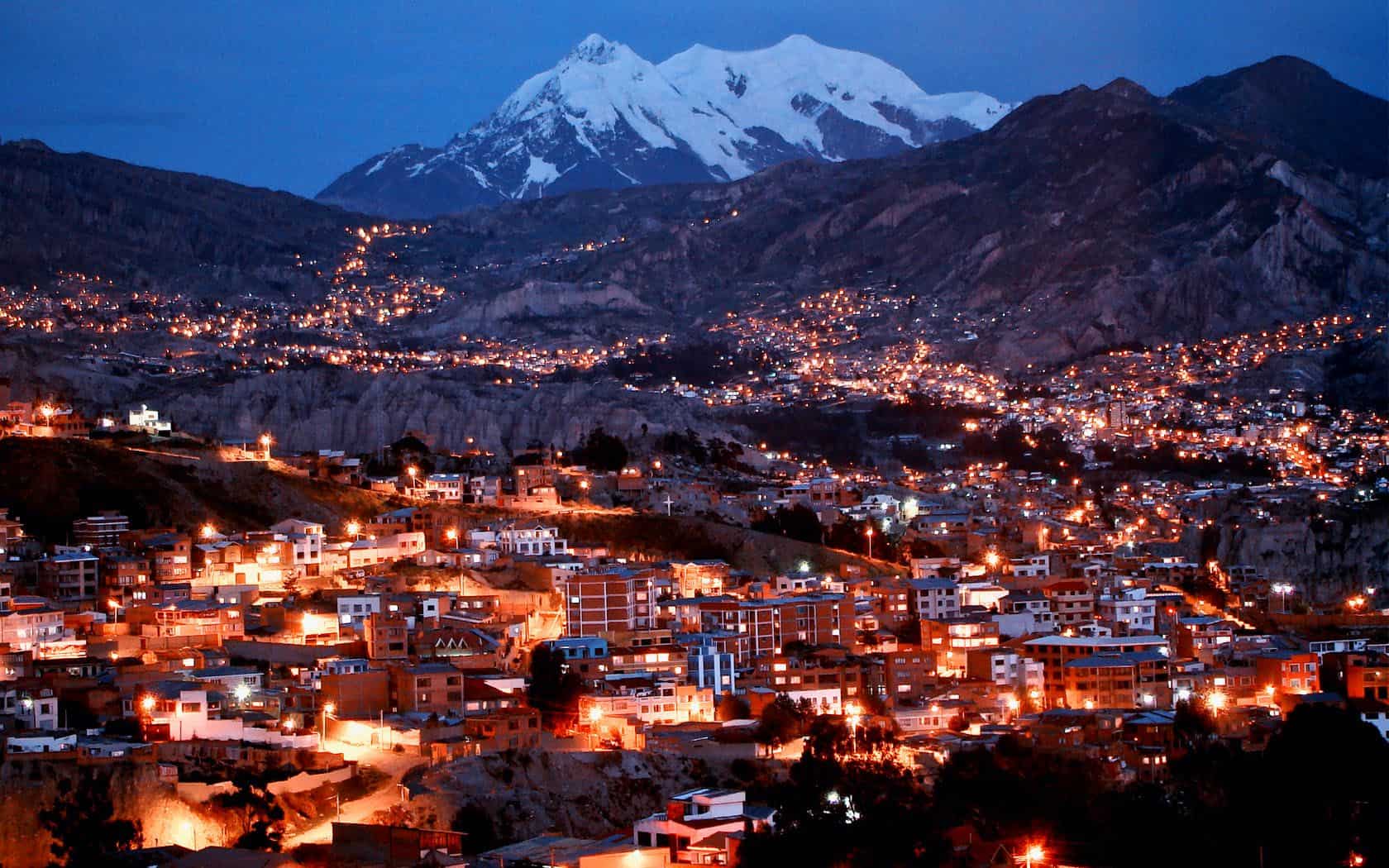 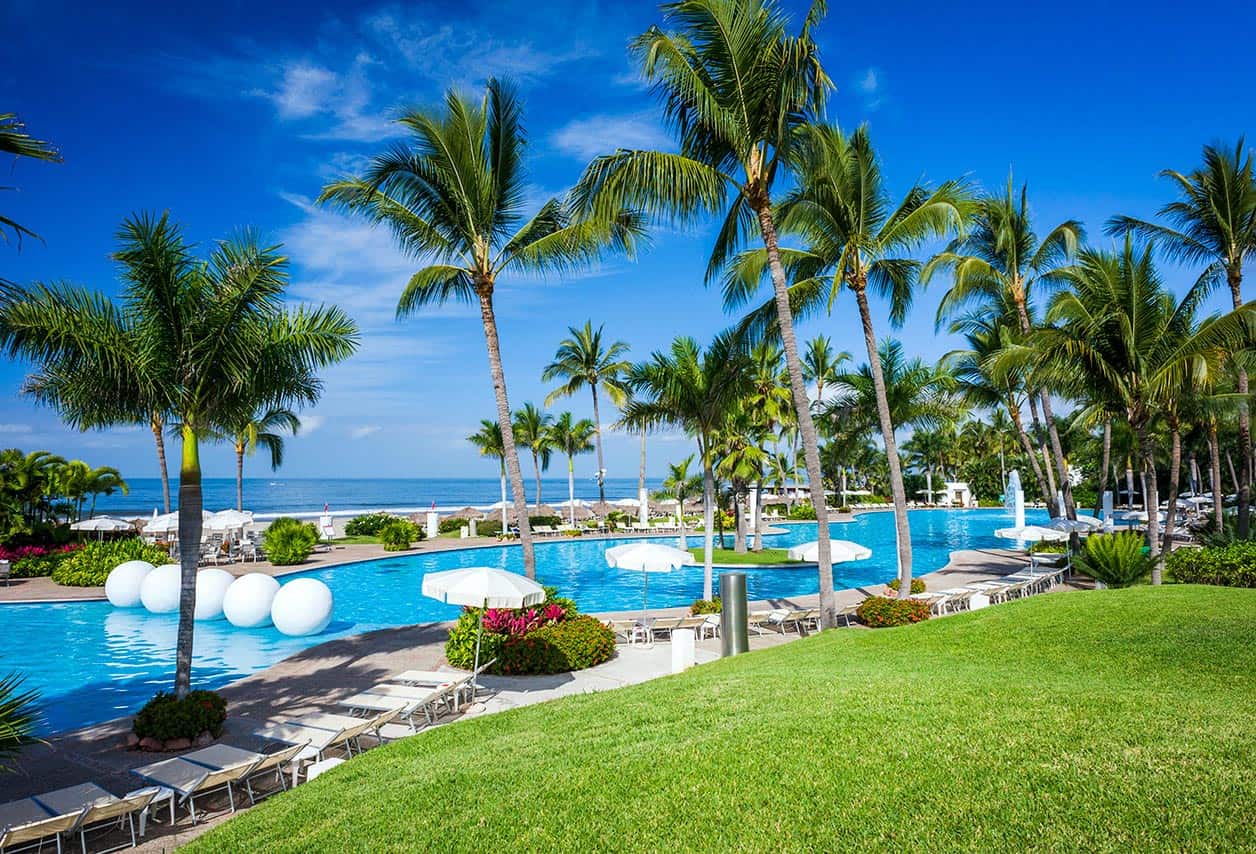 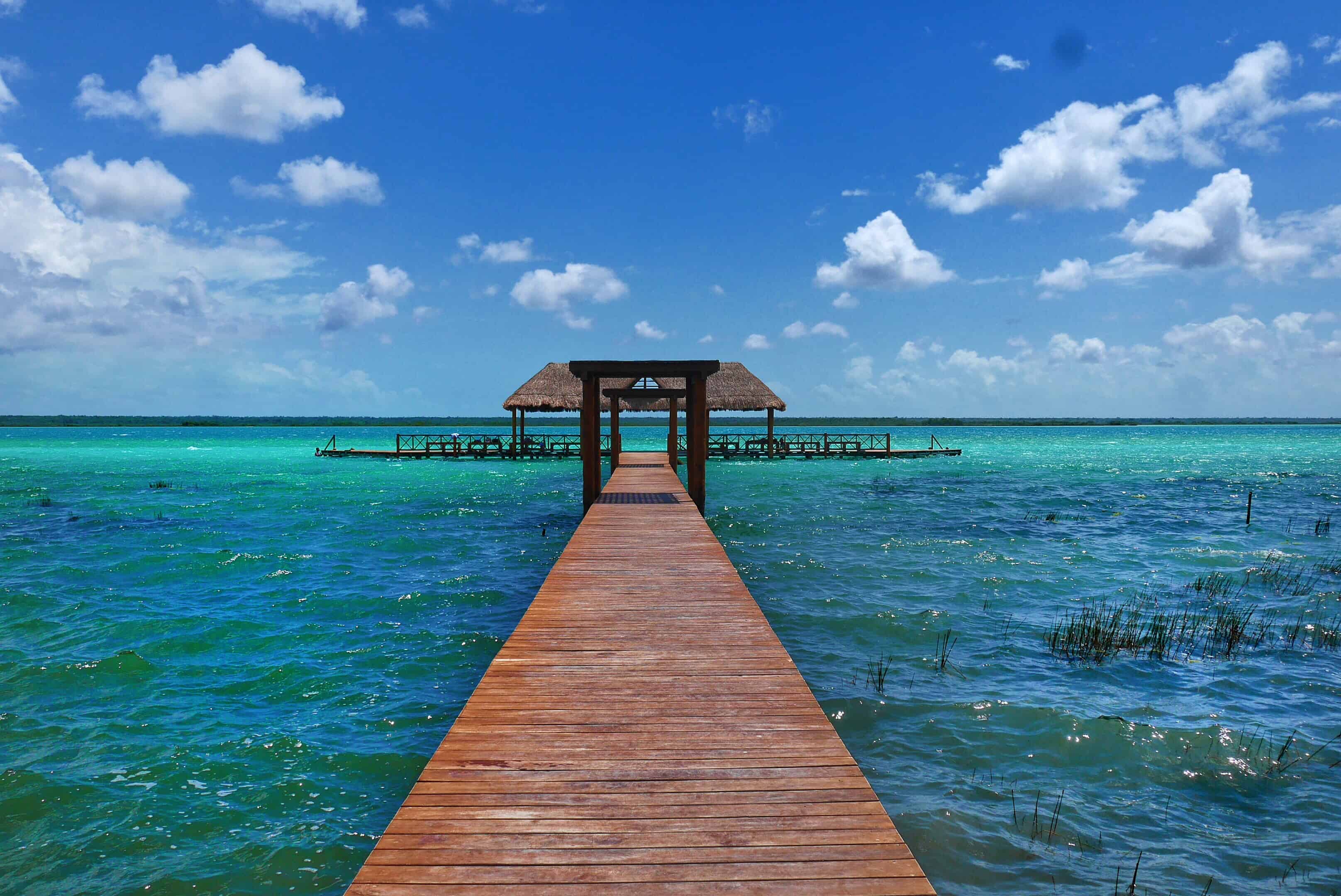 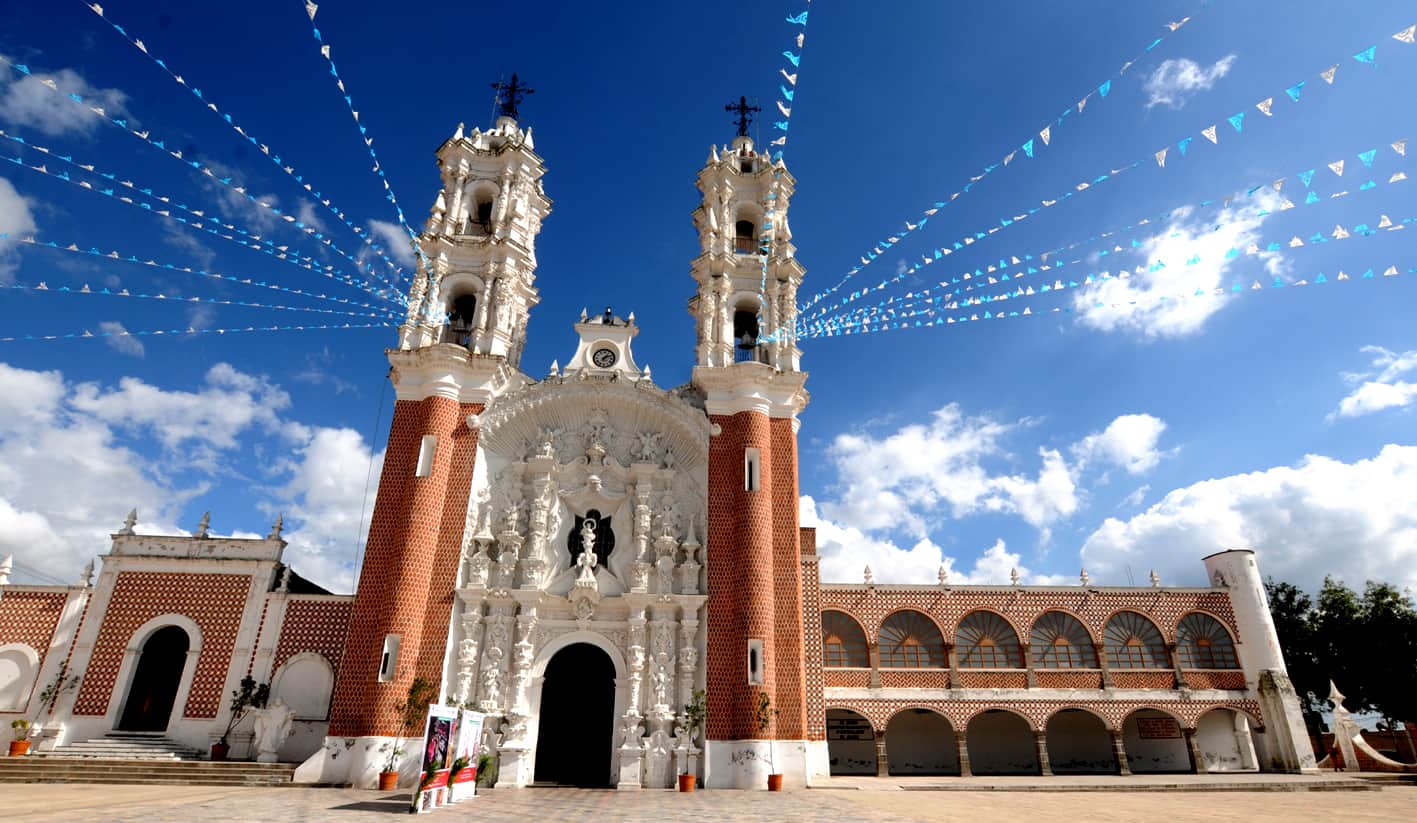 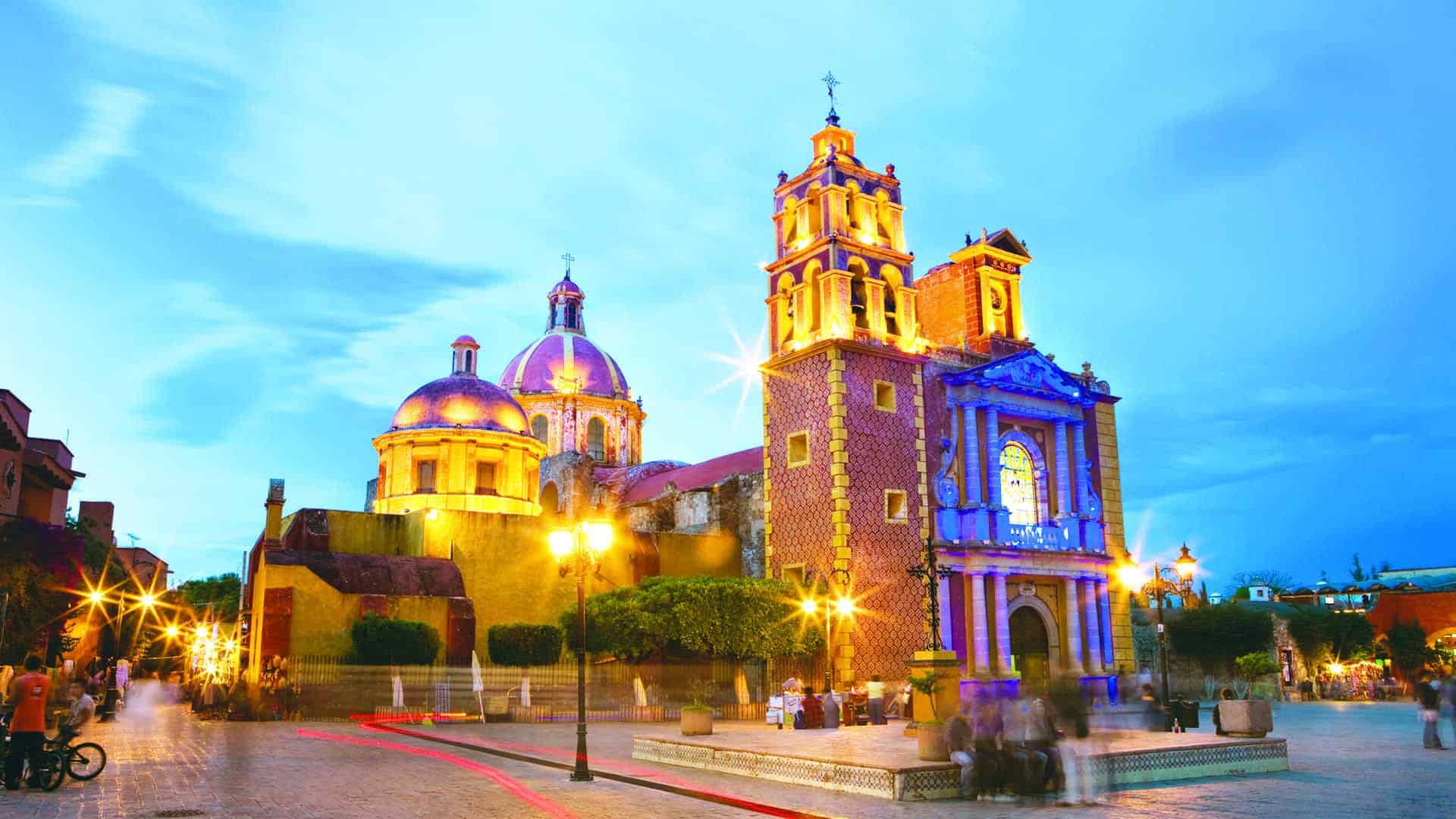 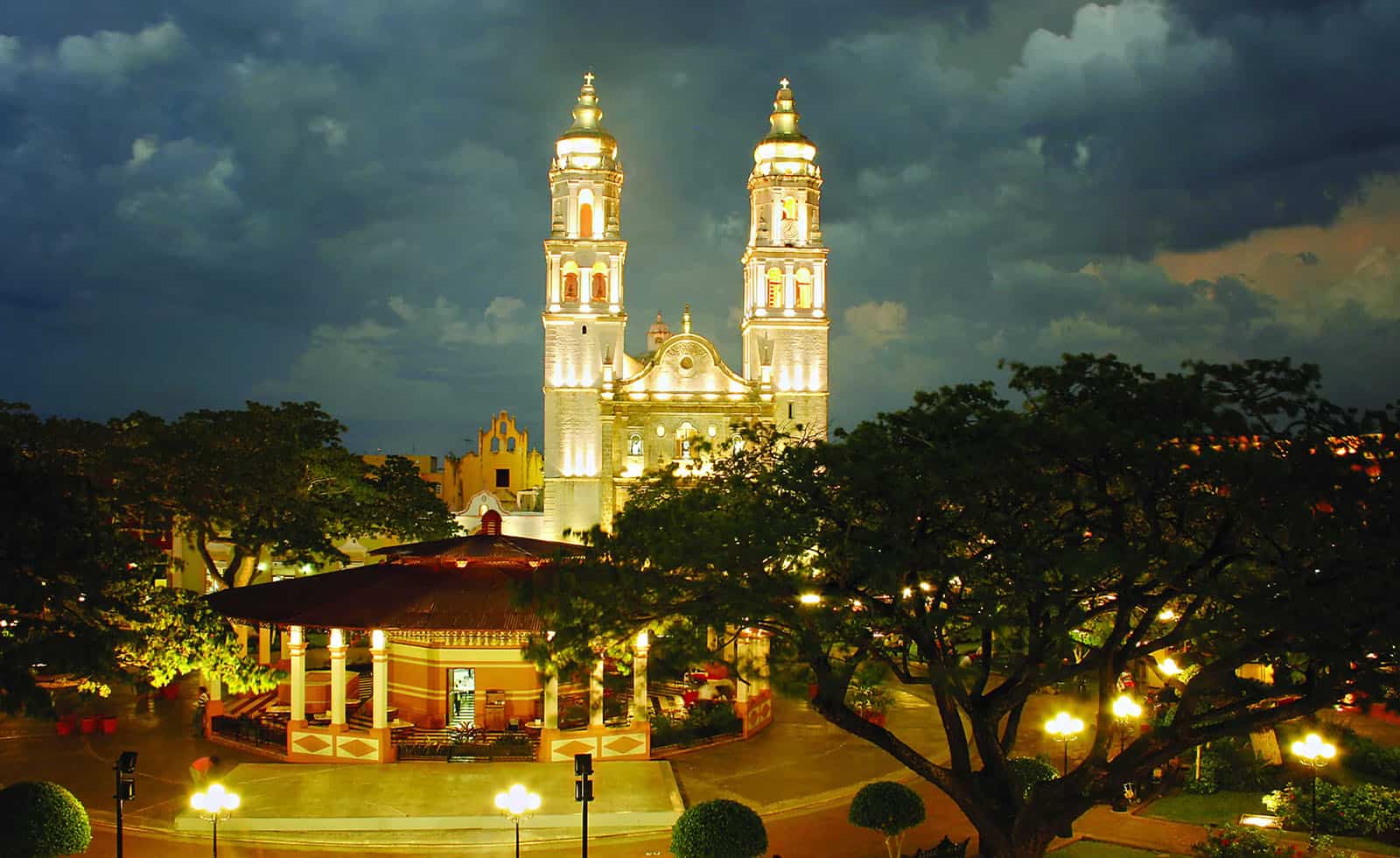 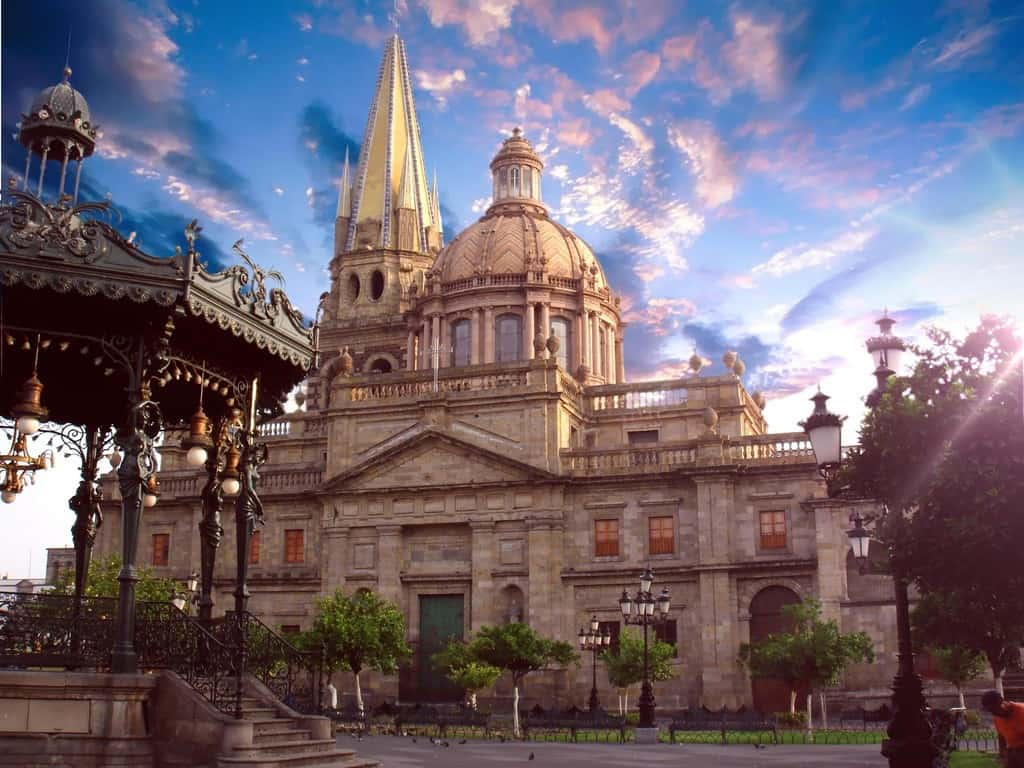 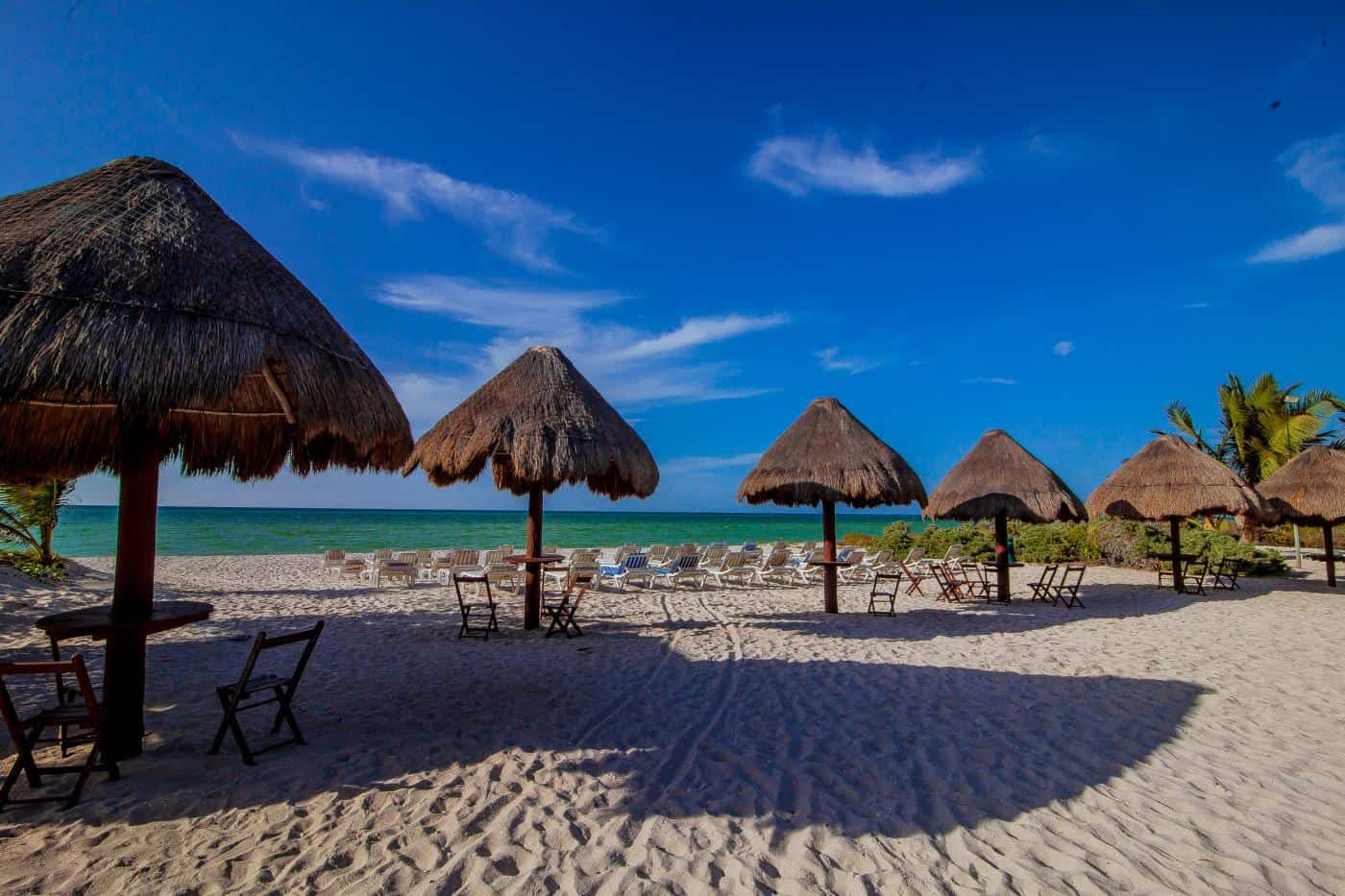 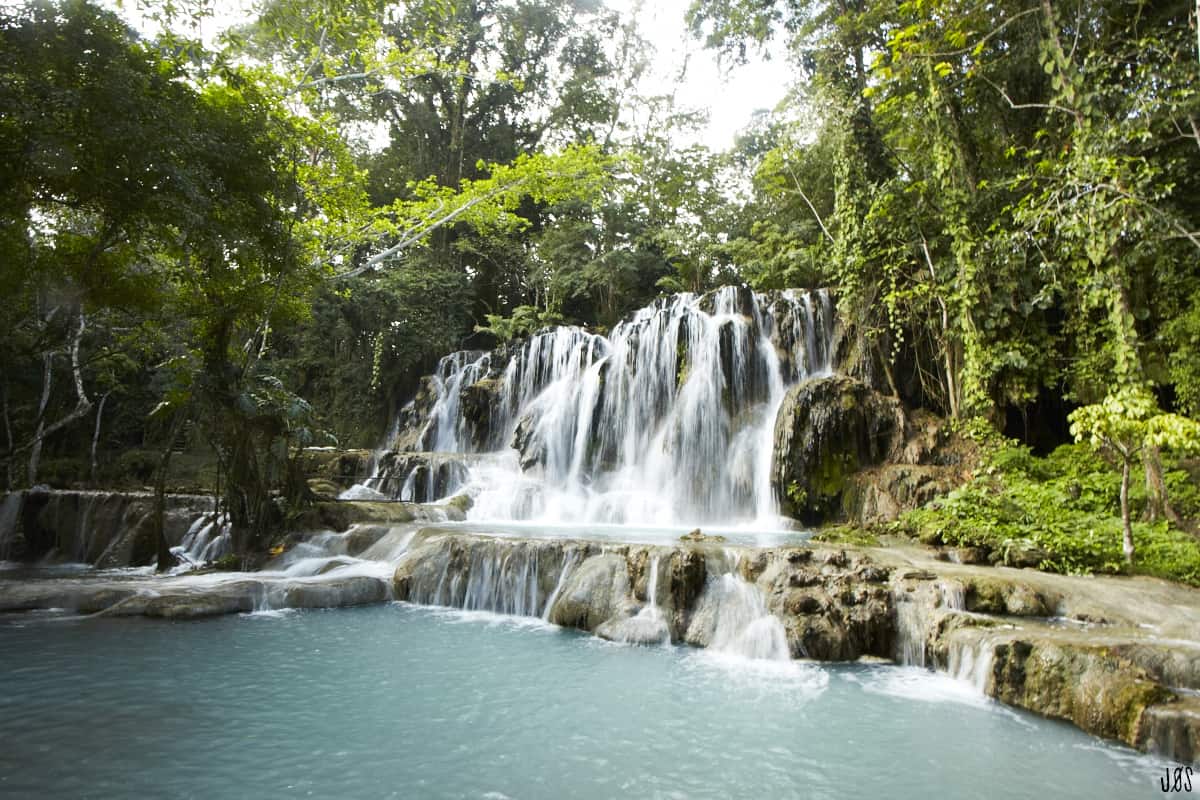 We all knew that building a wall between the United States and Mexico was the worst idea of all time because Mexico is where the real party is at. From the anything goes border towns to the all-inclusive resorts to the laid-back ranchos to the unfettered nightlife in the cities, Mexico has a little something for everyone looking to get far from the ordinary.

With miles of beaches, gallons of tequila, and a love of la fiesta, anyone who can’t have fun in Estados Unidos Mexicanos just isn’t trying. But, with tourists flocking south of the border every year, it can be hard to find a good place to hang your sombrero and enjoy all that the nation has to offer without rubbing elbows with all the hoi polloi. Hence, we found 13 Mexican travel destinations where a good time is practically guaranteed, and you won’t find as many crowds as you would going to Puerto Vallarta.

Natural splendor is seriously on display in Tapijulapa, as it sits right beside the Tabascan jungle, which offers a bit of rainforest experience without the same issues that come from disappearing into central or South America. A little hiking will take you to a set of gorgeous waterfalls that are generally overlooked by tourists, and the food has a pre-Hispanic flavor that is as true to the ancient cultures of the land as you’re likely to find.

Stuck between the sea and the stars, with mountains on one side and the glittering Pacific on the other, you’ll never want for splendorous vistas to behold. Hotels can be had for far less than most regions, and cheap food that relies heavily on the abundance of shrimp to be found in the region. As an up-and-coming spot, you’ll get all the amenities of a resort town at a fraction the cost, and more room to enjoy it.

Swamps, wildlife, sand, and plenty of local color make this the gem of the Yucatán peninsula, where you can take a mangrove boat tour in the El Corchito ecological preserve, or hike into see some of the Mayan sites at Dzibilchaltun. It’s a little bit of history, a lot of nature, and enough luxury to keep you pampered without feeling like it’s all pre-packaged and bottled for easy consumption.

In the land where almost anything can be had for the right price, many visitors forget that there’s a deep history to be found in Mexico that goes back further than many European nations. Museums, architecture, cathedrals, and a rich array of landmarks give personality to the landscape, while the food and people populate this living tapestry with a sense of culture that’s profoundly affecting.

Amazing waves for surfing, and equally delightful seafood for stuffing yourself are the biggest appeals of this small fishing village. It’s a small town that’s set in the sometimes-dangerous state of Guerrero, but retains a quaintness and a sense of slow-paced joie de vivre which appeals to anyone who is a fan of cozy lands rife with heritage and unpretentious charm.

If you like Cancún, but are seeking something that won’t assault your senses as heavily, or hit your wallet as heavily, then consider Bacalar. Located near a multi-chromatic lagoon, scuba divers and snorkelers who enjoy a leisurely dip beneath the waves, or explorers who want to see some impressive, but less populous ruins will be right at home in this ancient fishing town with a past that can be traced to the Mayans themselves.

This is the smallest state in Mexico, and like any tiny locale, it strives to promote local culture and safety. Boasting the lowest crime rate of anywhere in the entire nation despite its proximity to Mexico City, Tlaxcala is one of the best ways to see the gorgeous countryside that Mexico has to offer, along with true haciendas and working farms. The food is also a mixture of modern fare and pre-Hispanic, allowing you to try something familiar with something ancient in a single sitting.

There’s no shortage of gorgeous sites in Mexico City, but the dense population makes it almost insufferable for any period of time. To get some similar colonial architecture without the throngs, the small but kindly Tequisquiapan is a bastion of relief for visitors who might wish to sample the city life, but then enjoy a slower pace. The nearby opal mine is also a treasure dug into the landscape which is worthy of your time.

A UNESCO heritage site that bears a buffet of glorious baroque architecture, Campeche was once besieged by pirates, and as such has huge castles, fortifications, and bulwarks that are distinctly European with a central American flair. You’ll also find gulf tradewinds and white sand beaches that beg to be enjoyed.

Leave the swinging, messy, booze-swilling land of Cabo San Lucas to the amateurs. La Paz is the place to see a bounty of marine life up-close and personal, whether diving down or skimming across the turquoise waters that surround it. It’s a lazier, more natural way to enjoy the sun and surf.

Consider this Puerto Vallarta for the more refined tourist who wishes to experience the fine dining and high-end pampering without the same overblown expense. This Vallarta is part of the 200 miles of Pacific property that comprises the Riviera Nayarit. Here you have a marina, spas, and a mountain landscape, along with mezcal, but not nearly the pressure of its bustling cousin.

It’s difficult to believe Las Nubes is even a part of the same nation as the dusty north or boozy west. It feels a world apart thanks to its massive jungle influence and the immense biodiversity to be found. Bursting at the seams with a mass of flora and fauna that you’re unlikely to find, much less see, anywhere else, it’s a wonderland for the outdoorsperson.

Pronounced wuh-hock-uh by those who’ve been there, this is the only place you can get fully authentic mezcal or Oaxaca chocolate. Food and drink are certainly the highlights of this sparkling clean city, but artisans also abound and offer craftsmanship of every stripe that cannot be properly described. Should you tire of the urbane existence, a trip to the Zapotec capital of Monte Alban will give you a touch of history and archaeology to spice up your trip.