Guard Your Cash and Your Identity: 12 RFID Wallets For Men 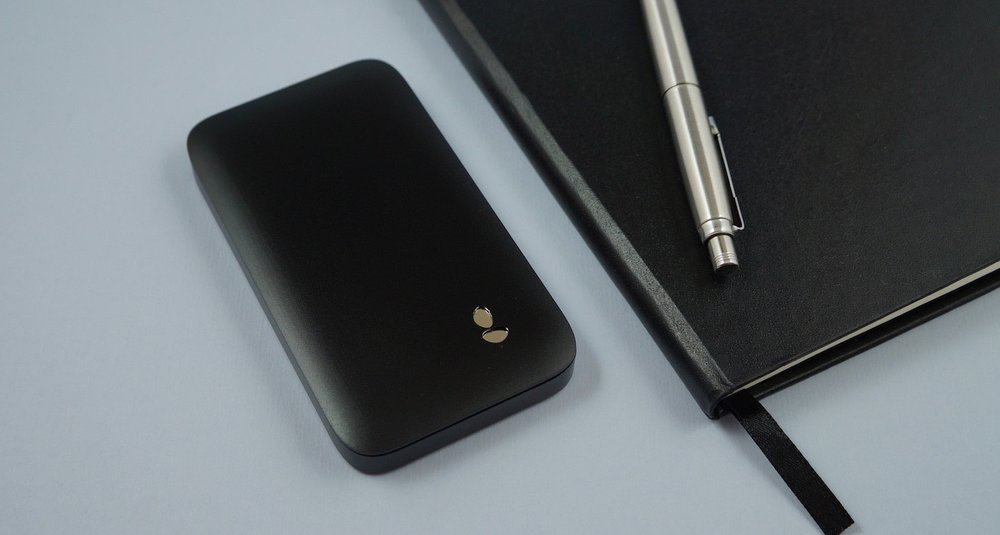 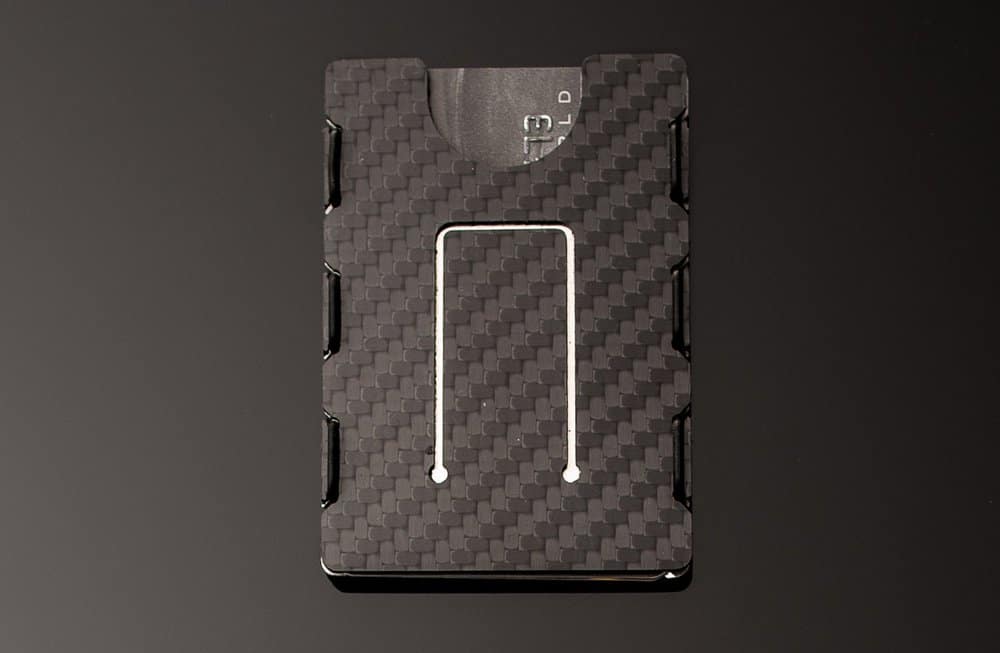 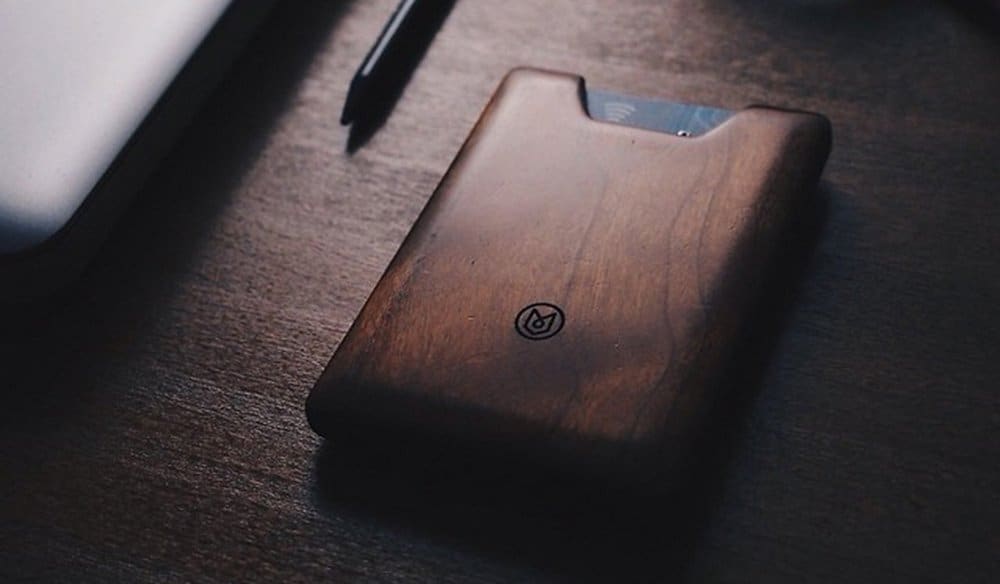 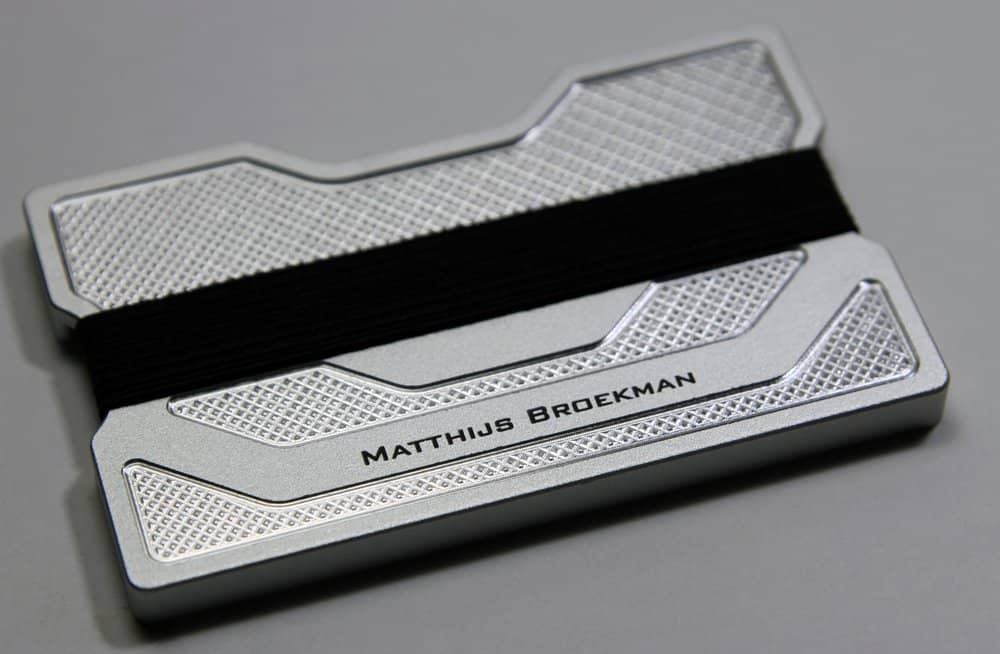 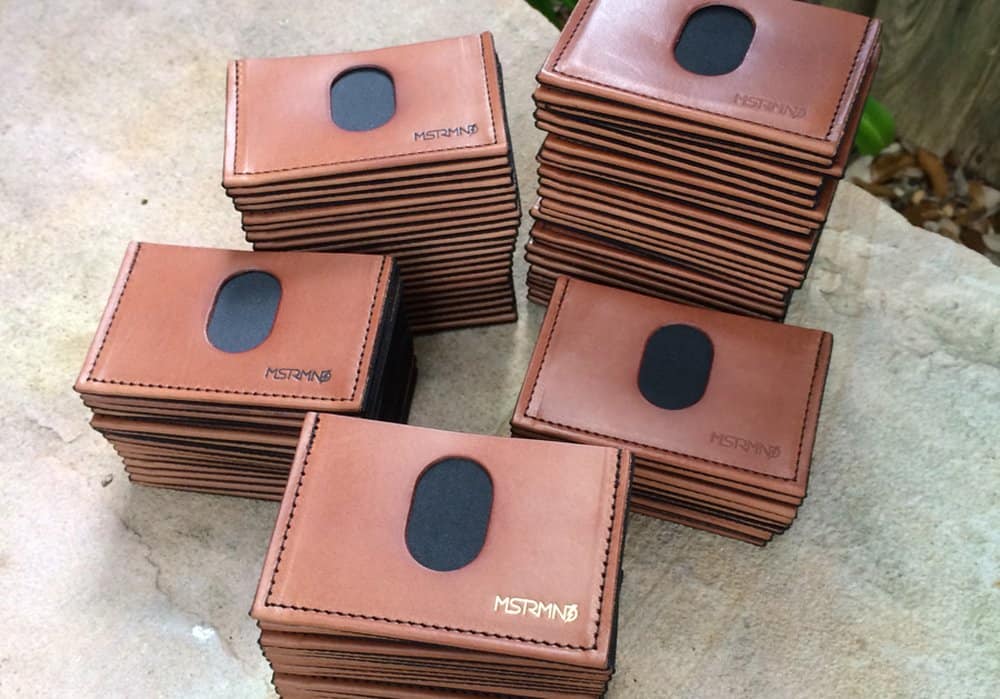 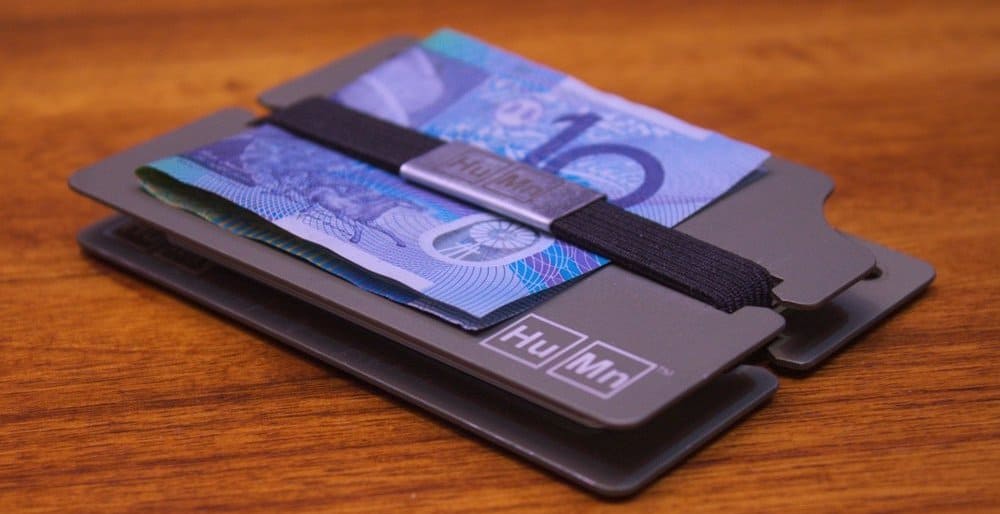 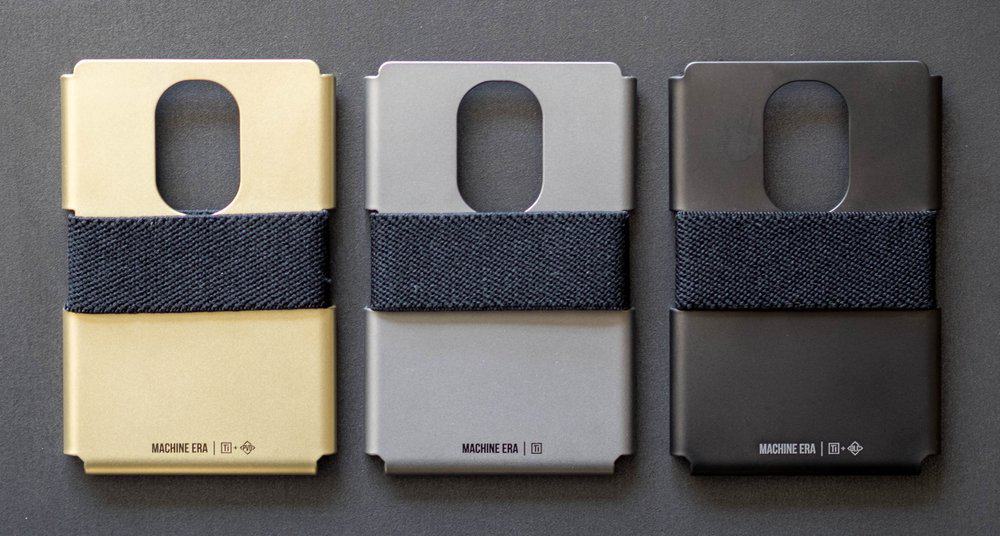 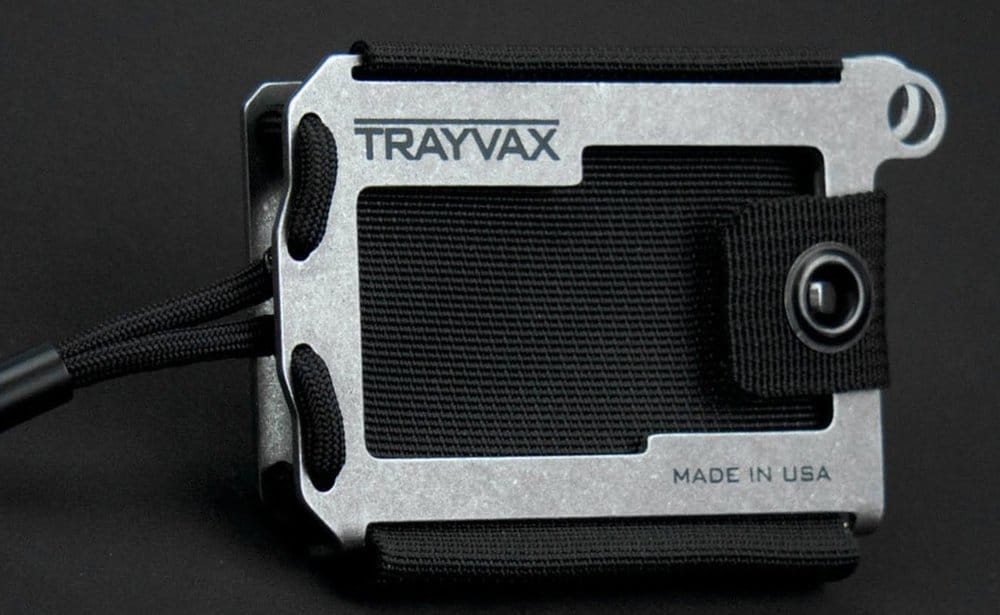 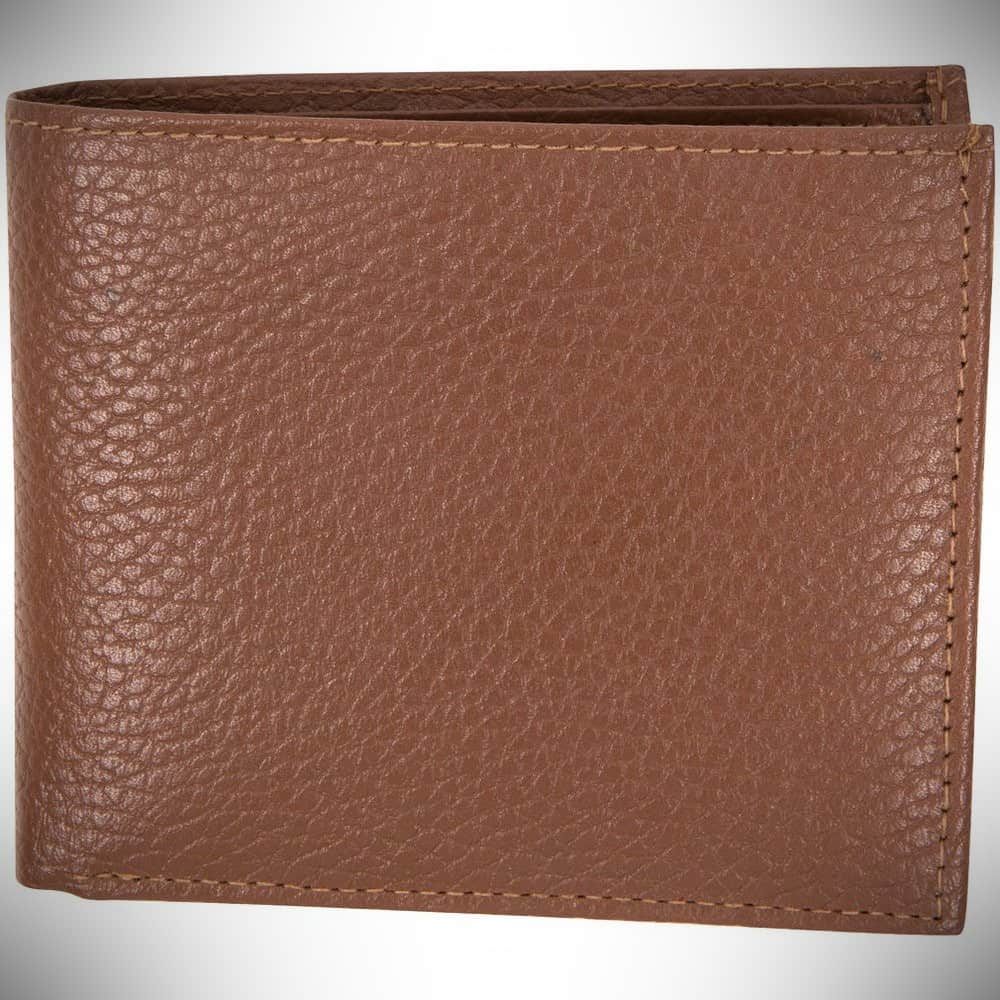 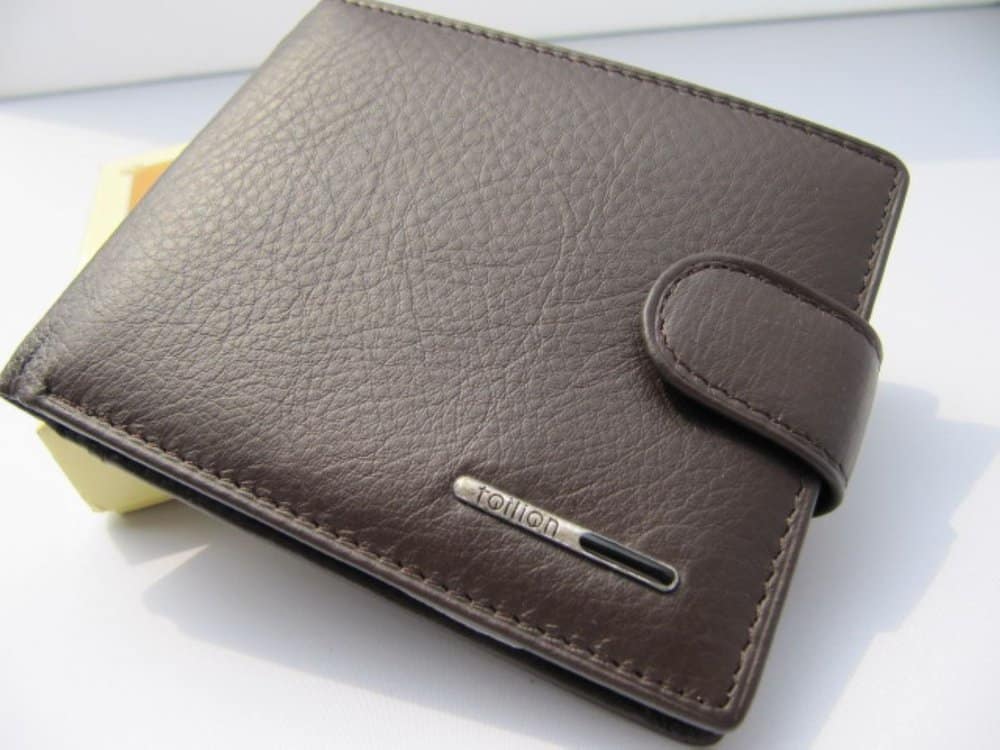 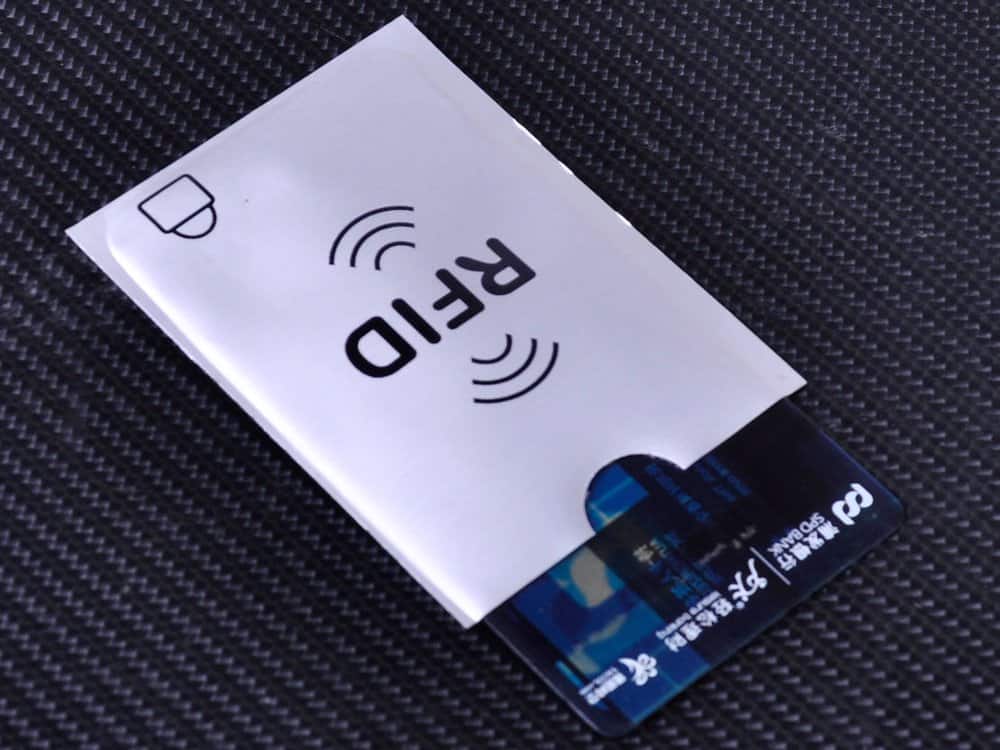 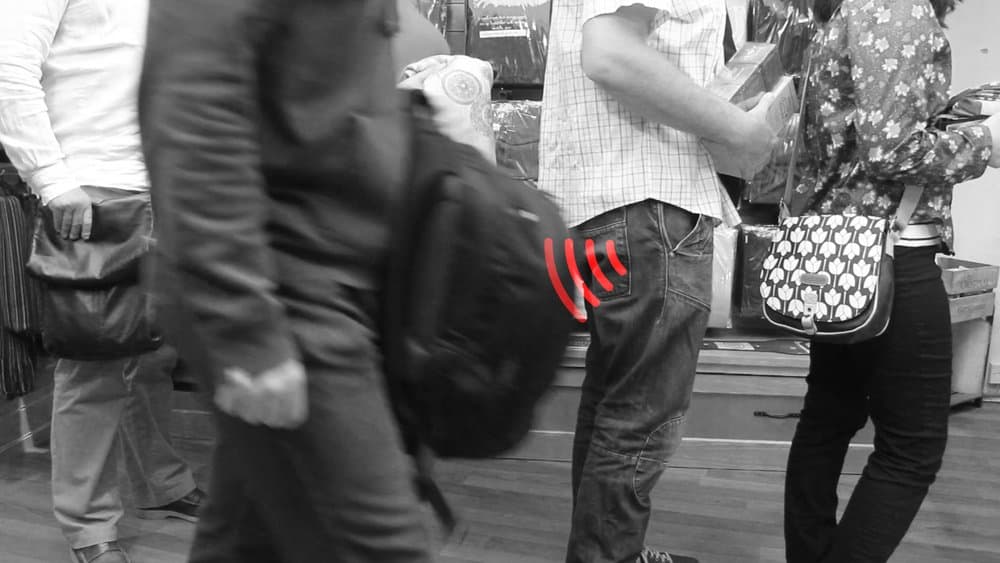 The age of quick payment options and wireless technology makes life thousands of times easier…for thieves. Using what is known as RFID or Radio Frequency IDentification, digital fiends never even need to touch you to you to pick your pocket. With a simple scanner, they can snap up your credit card information, identity, or bank account data in mere moments, without you ever knowing you’ve just been robbed. This kind of theft is known as Digital Skimming, and it’s becoming more popular as the larcenists of the world upgrade to modern tech. In order to combat this, the average person needs to step up their game to block radio frequencies around their most precious possessions.

All that is required to skim your credit card information is an RFID skimming device, or a smartphone that has an RFID skimming app, which is easily downloaded and installed via any number of sources. The person carrying this device or phone must then stand within six inches of you, as they would waiting in line, or merely brushing past you while you shop. Their RFID reader automatically looks for any cards or items on your person putting out a radio signal, such as those that allow you to wave them against a reader to process payment. It takes that information as it would if it were a device you were using at checkout and stashes it away. Later, that data is downloaded to a magnetic credit card creation machine (costing about $300) which can then replicate your card, giving the the thief an exact copy of whatever it has taken from you.

Not only working with credit cards, anything you carry on your person that has a high-frequency radio transmitter, which can be any number of things, is susceptible to being skimmed and duplicated in this fashion. Thus far, the only way to guard against this kind of theft is by carrying your items in a protective sleeve that blocks RFID from escaping, and thus blocks skimmers from snagging your info.

Do You Need an RFID Wallet

In three words: Yes and no. First and foremost, you should check to make sure you actually have credit or debit cards that use RFID technology. These are usually named Express Pay, PayPass, or something equally cute and they allow you to simply wave your card near a reader to send payment. That doesn’t mean chipped cards with the gold square on the front. That’s a whole other system specifically to add more security to your card, not create the risk of a digital skimmer snagging it more easily.

If you do have cards with RFID capability, then yes, it’s not a bad idea to get an RFID wallet, but you don’t absolutely need one. You can line your wallet with tinfoil and get RFID-blocking capability that way, though it’s probably not quite as effective as a true RFID wallet might be.

This is only required if you’re truly concerned about a digital thief scanning your data on a street corner or as you move through the many public spaces in the world. While there are these skimmers, sniffers, and scanners out there, they’re actually few and far between, partly because RFID is not a prolific technology when it comes to sensitive information like credit or bank cards. If they really want your info, they can probably buy it online along with a few hundred, thousand, or million others.

In summation: More protection is never a bad idea, and investing in RFID gear isn’t going to hurt you, but as to whether or not it’s imperative to your life is up to you. Anyone who decides they’d rather be safe than sorry, here’s the RFID wallets you guys should be getting.

A quick combo of minimalist wallet and RFID blocker all in a front pocket layout, there’s space to stash your cash and a few cards for easy, spine-friendly front pocket carrying. Purchase: $15

Bearing a bit of bulk behind that matte black Nappa leather layout, those who prefer to maximize without spending a boatload will find space for a picture flipbook along with spots for cards and cash at every turn. Purchase: $23

Locked and loaded with full FIPS-201 security standards certification, you can’t go wrong with this simple leather bi-fold, with a standard appearance and a flip up ID holster for you G-Men out there. Purchase: $25

Nylon webbing, tumbled stainless steel, and that paracord is full military grade. Everything you need to survive in hell, or just keep your identity safe wherever you roam. Purchase: $40

Titanium is the gentleman’s choice for EDC because it’s light, it’s nigh indestructible, and it looks incredible. So it is on the Ti5, a slender looker that slides everything you as you need it while keeping a decidedly low profile. Purchase: $42

That’s aircraft grade aluminum made to be environmentally friendly and animal-kind, while still holding everything strapped down and laying waste to RFID signals. Purchase: $49

A discreet thumb slide provides quick-draw action, shoving your bills and bits out of the Ostrich hide body backed by aircraft aluminum. Purchase: $54

Each wallet is machined from a single 6061 aluminum piece for greater strength over the long haul. The elastic is quad-stitched and capable of getting through plenty of tough scrapes without breaking or fraying. A winner at any price. Purchase: $60

Dripping awesome, it’s full 6061 aerospace aluminum wrapped in leather with a 12 card carrying cap and a carbon steel multi-tool that has a set of 14 functions. It’s more than any man deserves. Purchase: $69

A card wallet with a cash strap, the hard sides of this can make it a little uncomfortable for pocket EDC, but perfect for tucking into a blazer. Made of wood yet still capable of making RFID D.O.A. it’s the rustic choice. Purchase: $75

Carbon fiber, with its black on black looks and feathery weight is a stellar EDC choice, which makes this wallet a real black tie bit of kit. Expands and contracts as needed, with smooth access from the top that’s as smooth as the looks are sleek. Purchase: $80-$95

A bit pricey, but well worth it, the Balanst Premium is a full coverage shell that weighs a scant 85 grams even when loaded up, thanks to 6061 aluminum that guards again RFID theft no matter how intensive. Purchase: ~$93