Time to Travel to The World’s 19 Most Beautiful Cities 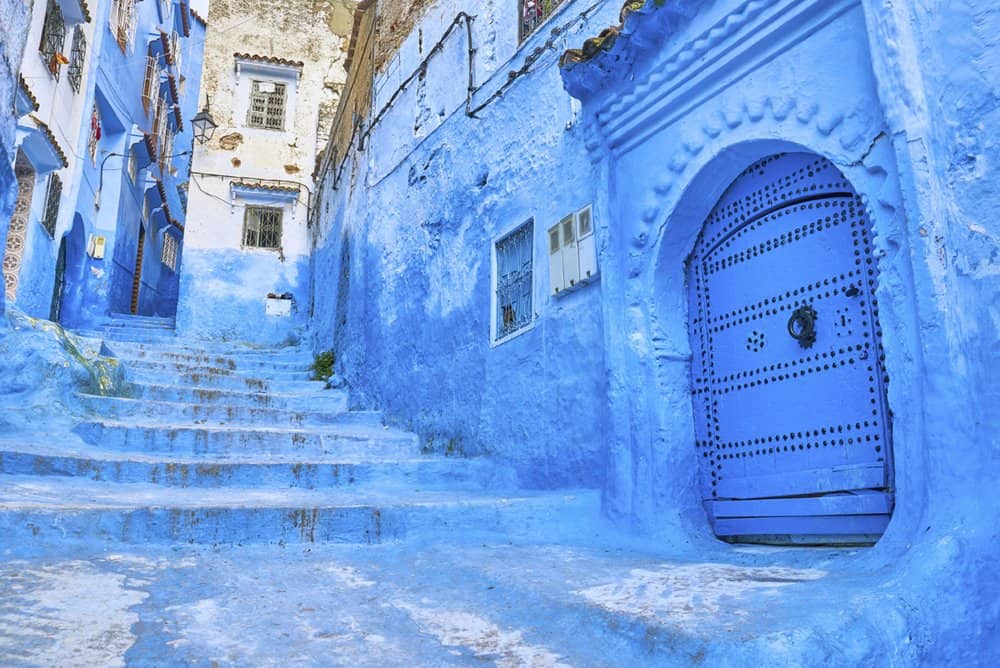 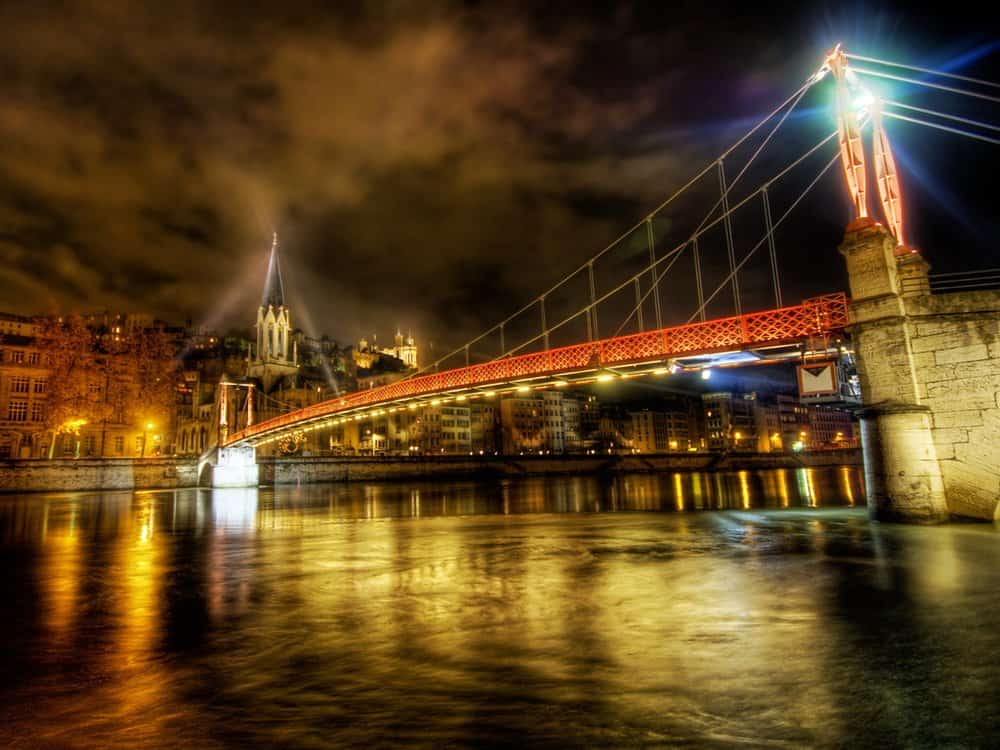 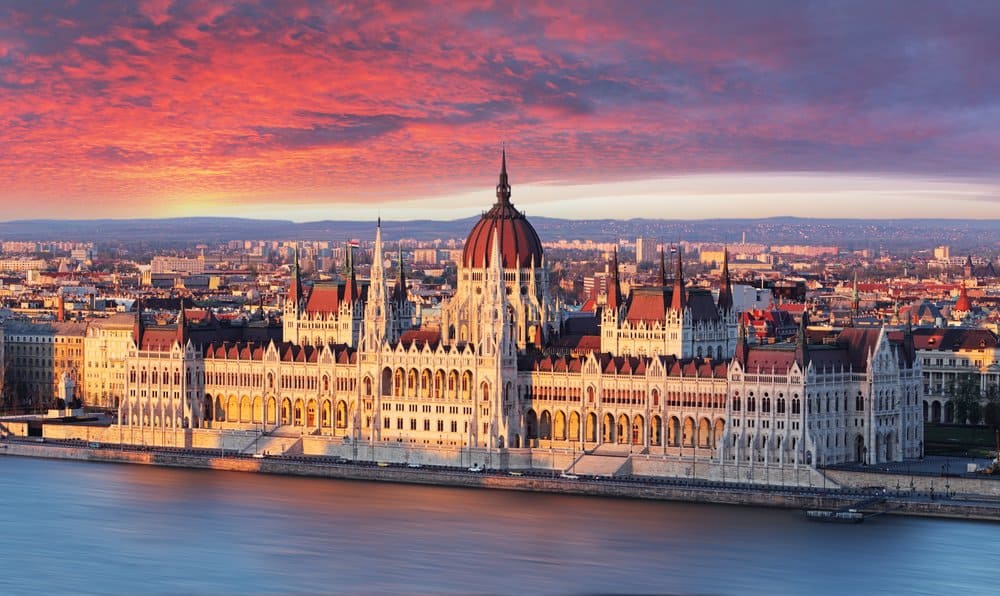 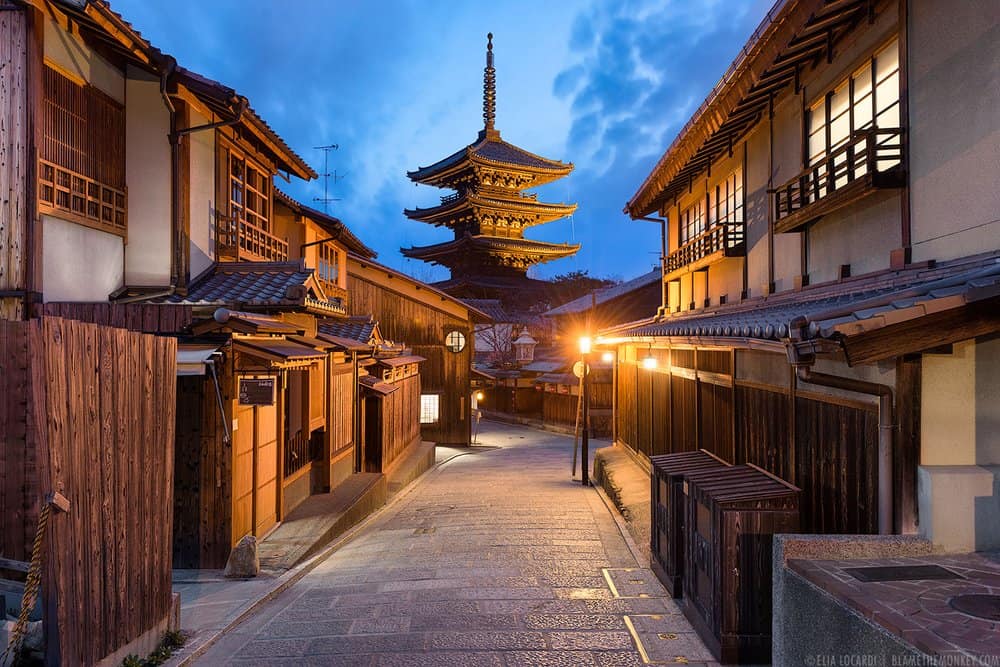 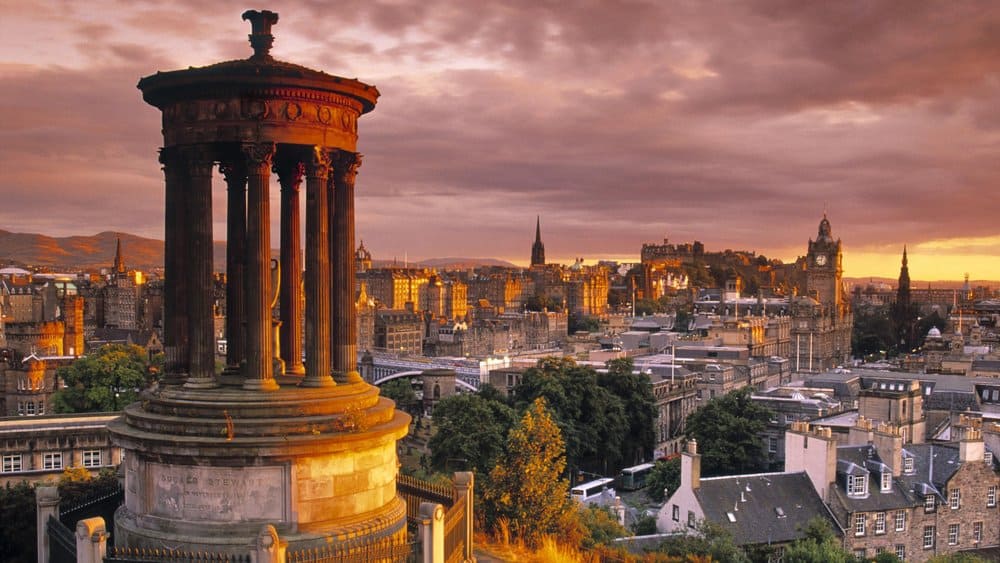 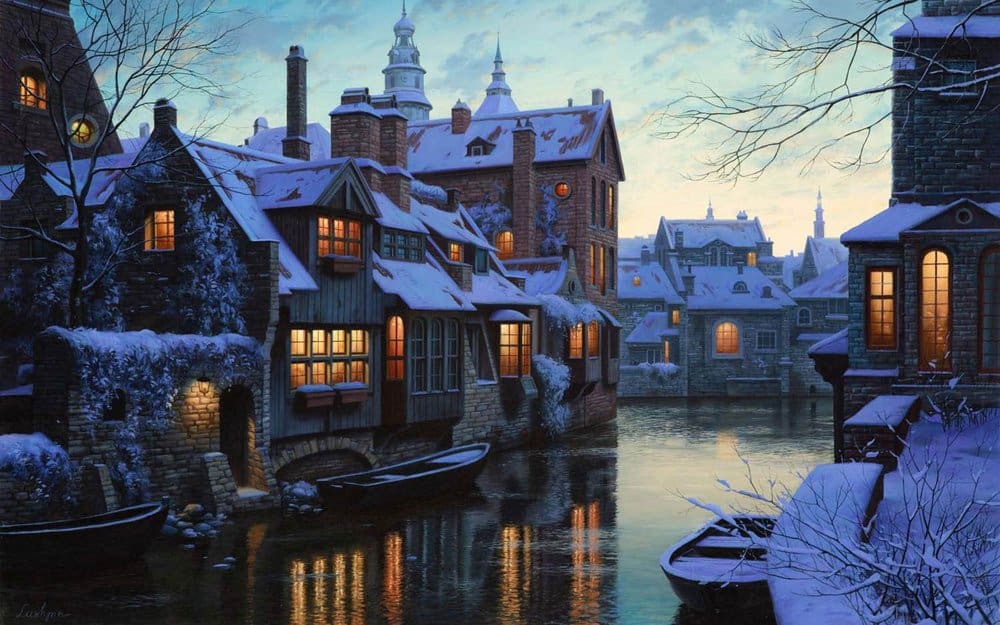 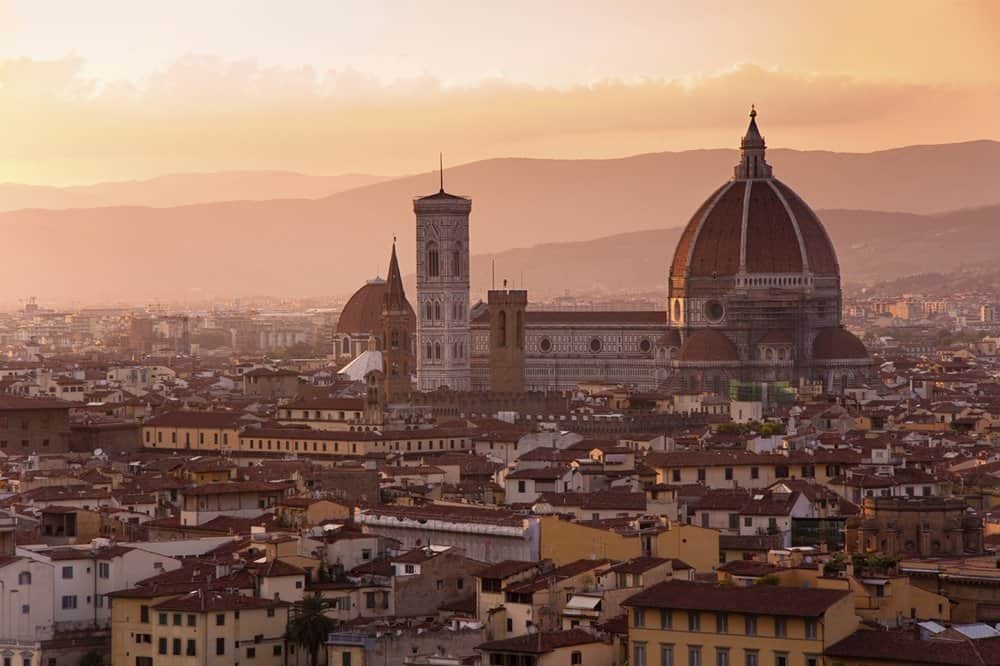 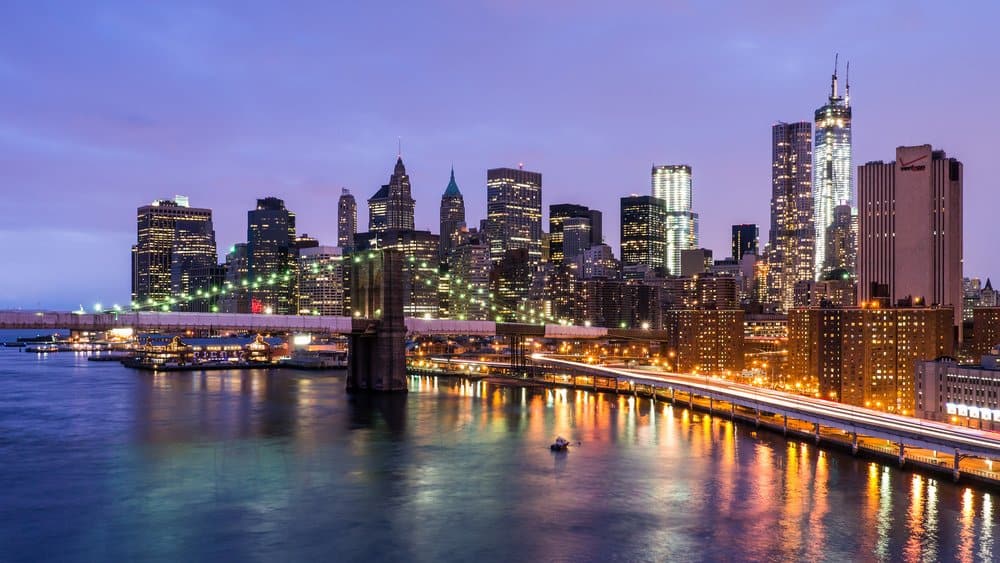 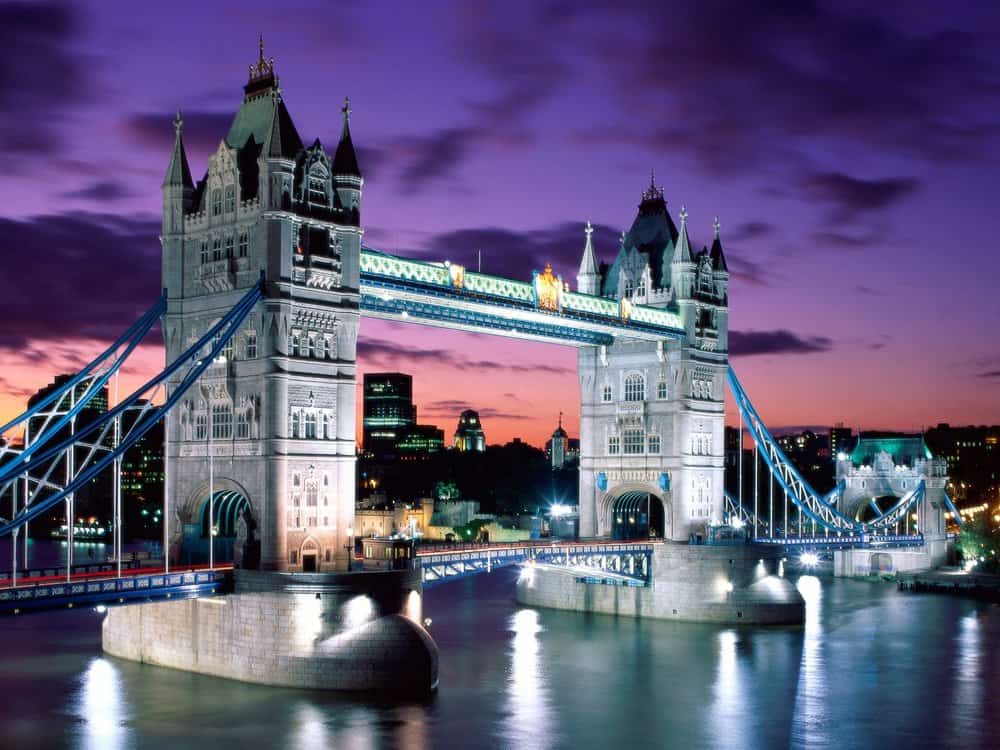 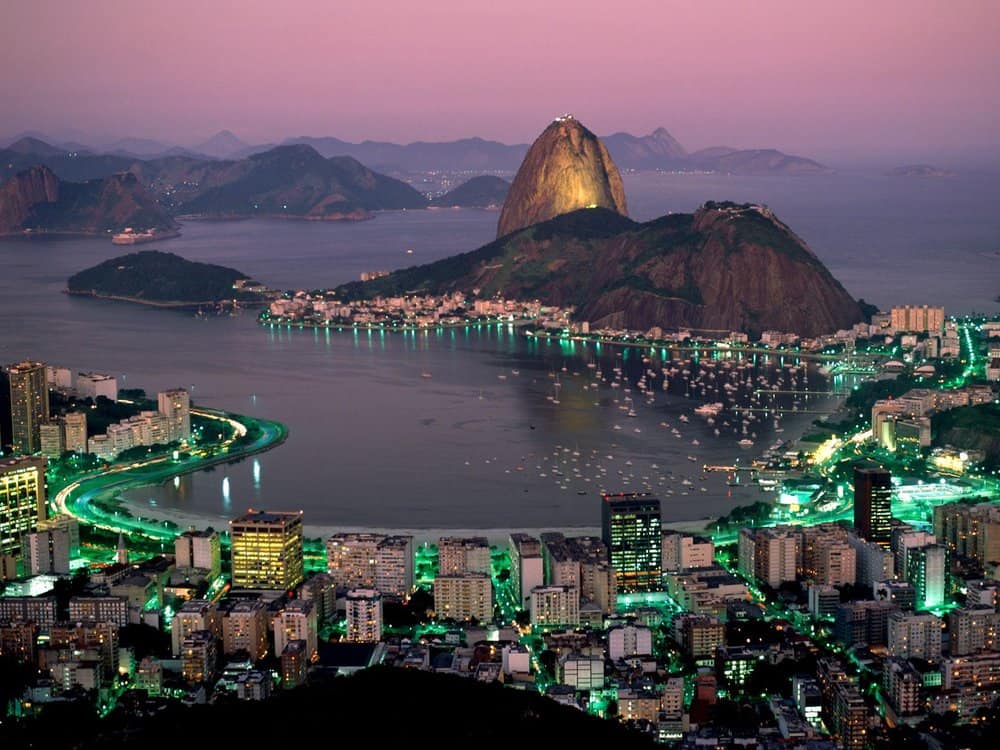 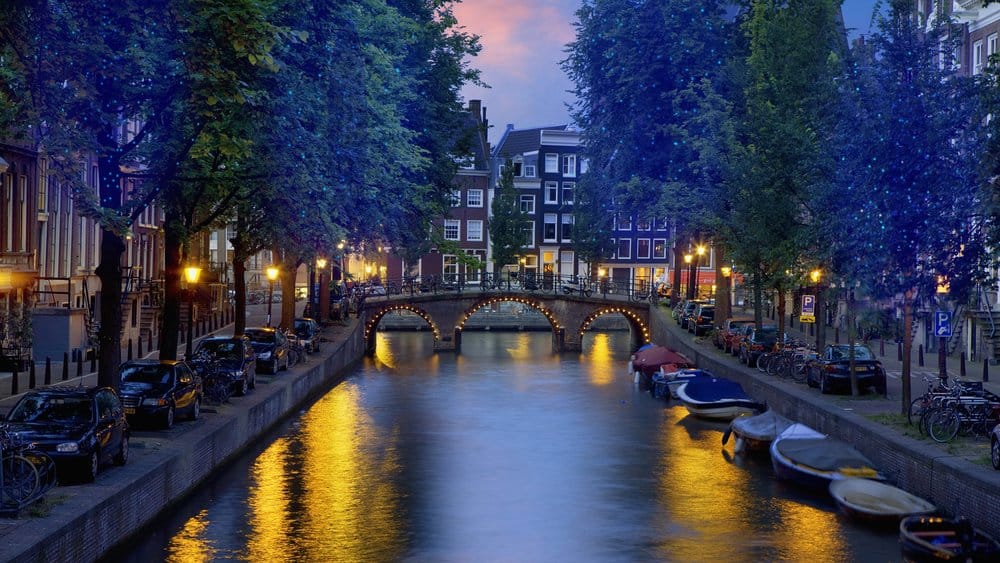 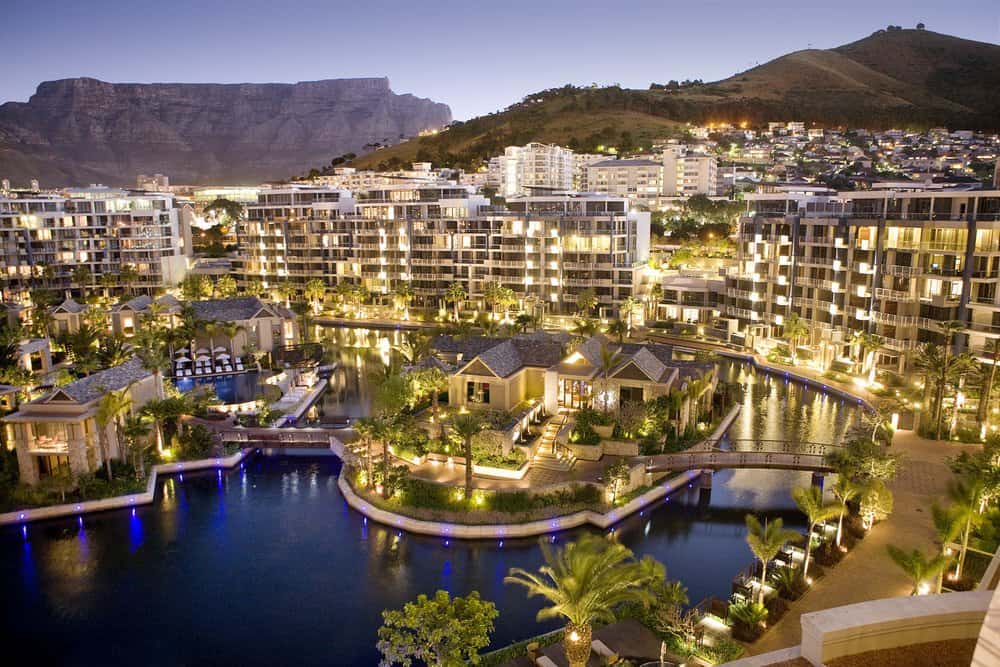 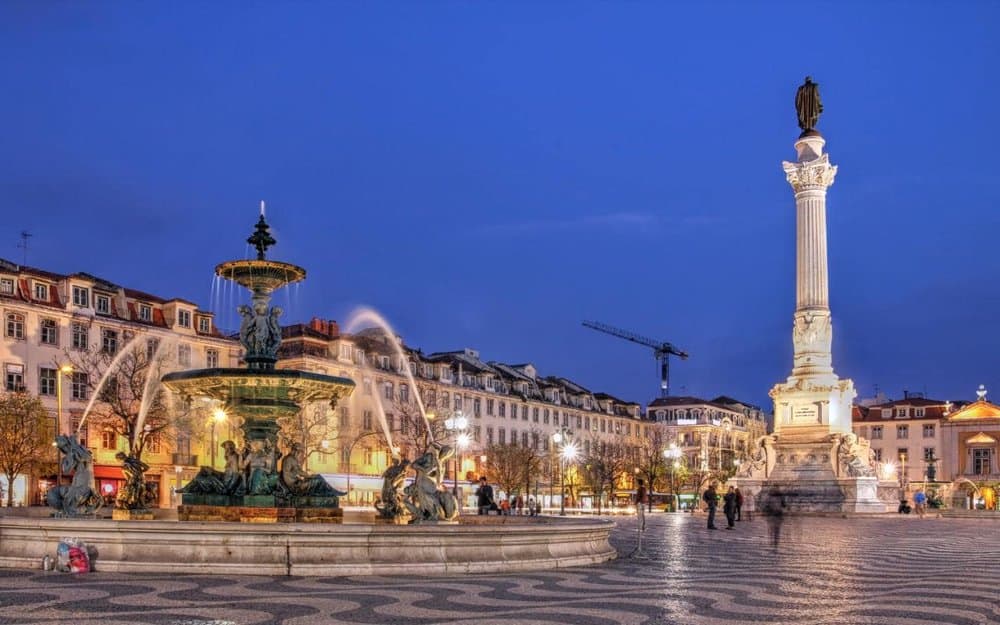 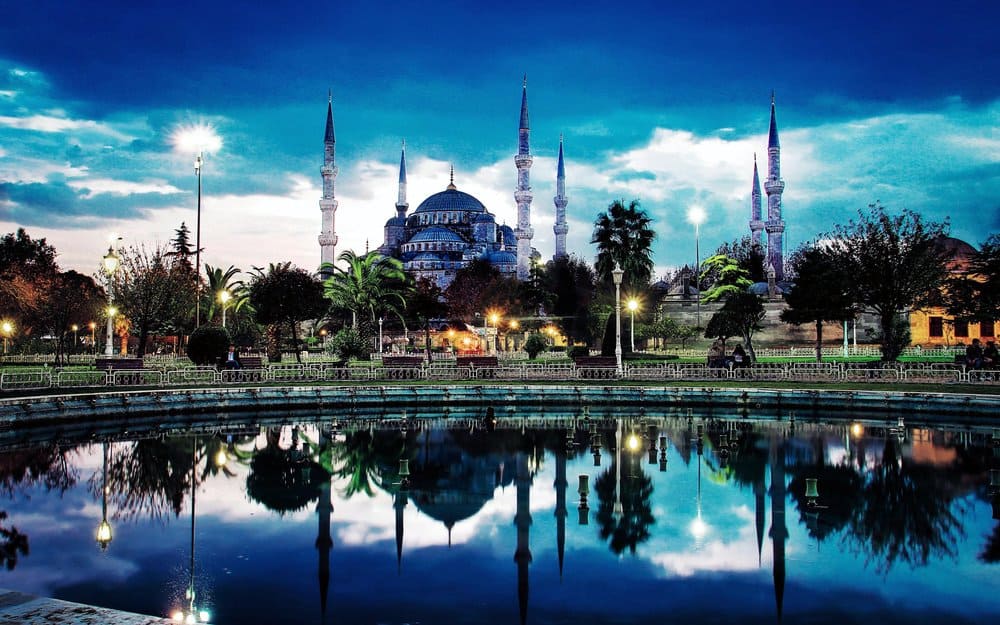 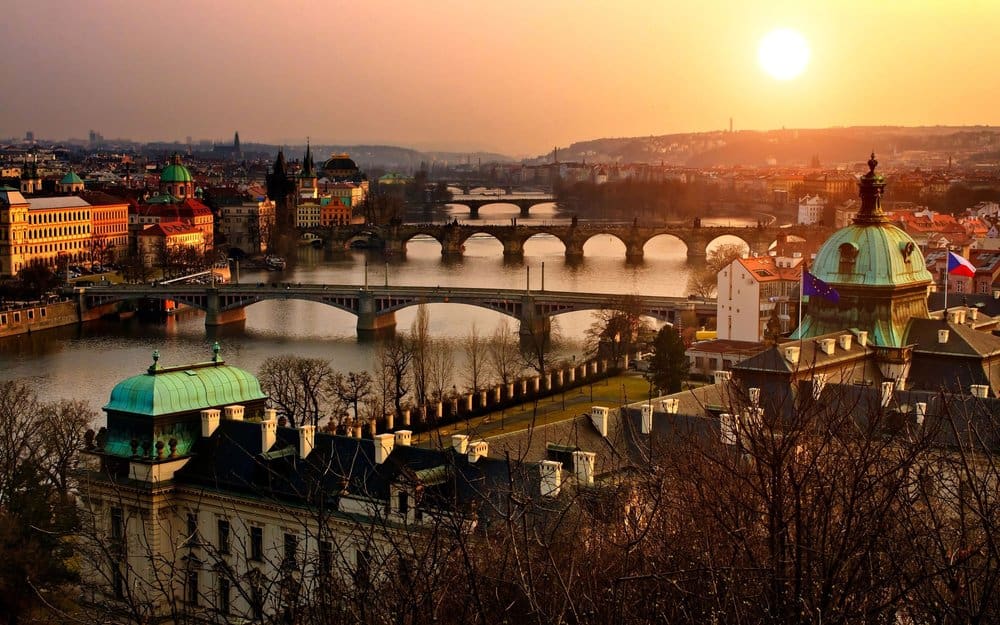 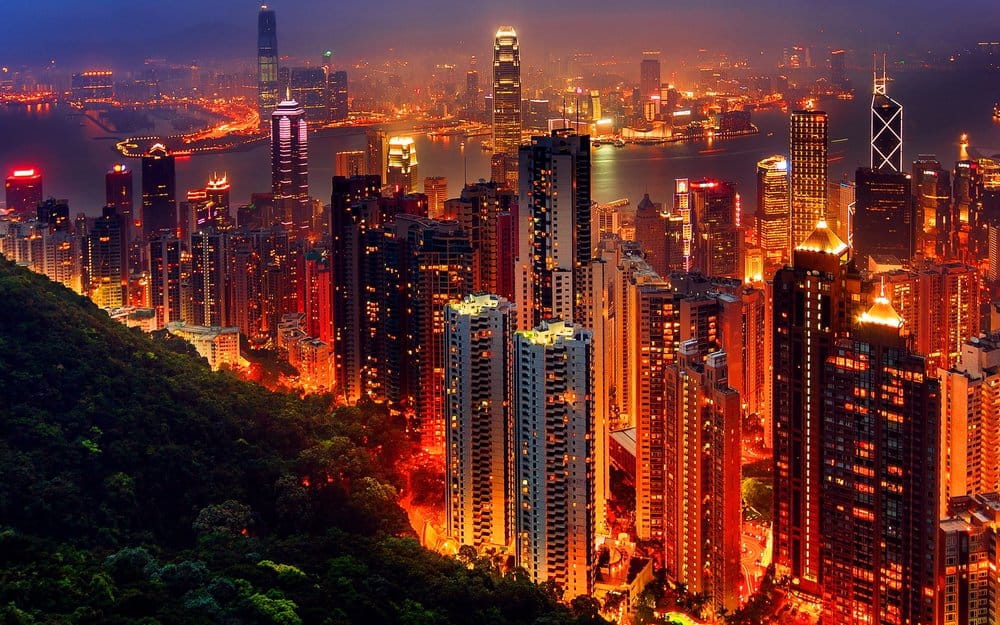 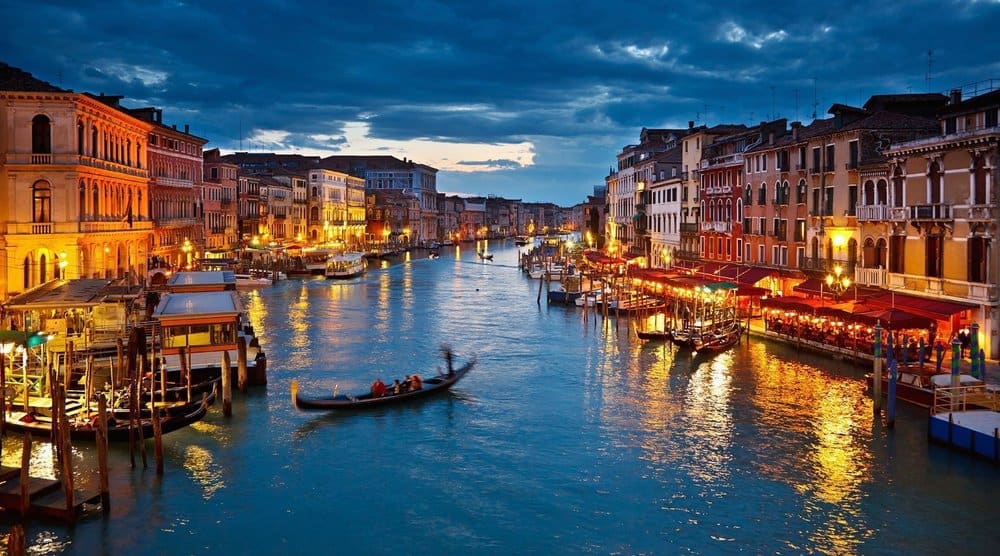 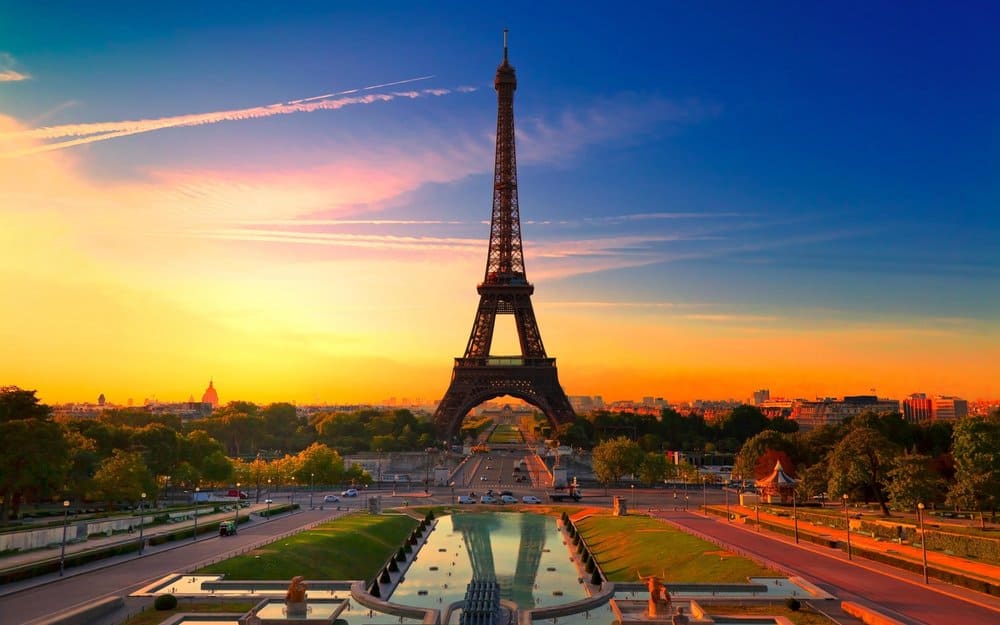 People might be grossly destructive creatures that want to put parking lots over the top of the very things that clean our air so we can breathe, but we can also make some pretty amazing stuff. To look out over a city, with its mass of humanity and glorious architecture from ages new and old all crammed together in one place is humbling and breathtaking. A monument to what humankind is capable of doing in between blowing each other up over different accents and skin colors. Cities are glorious – polluted and riddled with crime, sure – but glorious anyhow.

Choosing which cities are most astounding requires factoring in several elements. Partly it’s how well the city works with the landscape around it, incorporating the natural wonders. Then there was ingenuity in how the many architects that helped make the city what it is managed to solve difficult problems in artful ways. Stylistic diversity and enmeshment were also considered – that is, how many different building forms were used, and how well did they work together for overall effect. Ultimately, beauty is in the eye of the beholder, so behold: 19 astounding cityscapes of humankind.

All along the canals are homes that could be considered historic monuments in this living aesthetic community. It’s easy to feel right at home since the uniformity makes everything appear like a perfect storybook town.

The City of Lights is hard to compete with, but it isn’t just the city itself. The melding of nature in the parks that weave through the city itself explode in spring and autumn, while the stark architecture itself becomes welcoming and warm in winter.

Few who have seen it in person will deny that it is among the most beautiful cities in the world. Each structure is breathtaking and inspiring, but when seen with the canals running through it like a circulation system it becomes a living, breathing tapestry that conjoins everyone in it.

With more skyscrapers that any city on the world, Hong Kong becomes a starscape at night when seen across the Kowloon bay. During the day, you’ll need to ignore the pollution, but even that haze adds a sense of mystery and power, so long as you don’t think about it too much.

Perhaps one of the most historic cities in the world, Prague is at once whimsical and quaint while offering a gritty underbelly that contrasts with the ornamental architecture to create a light/dark play that is stunning.

When it comes to architecture, the Byzantines knew what they were doing, and they did it again and again in Istanbul. Straddling a pair of continents with influences from everywhere, it’s daunting in scope, size, and space.

Lisbon bears the distinction of being more beautiful when lost in the middle of it, rather than when seen from a great distance. White and red on the outside, it’s the mountains and the river views entwined with the twisting streets that can shock and amaze with terrace vistas that strike time and again.

Sitting in the cradle of a trident of majestic mountains, The Mother City has hard rock landscape to spare, looking ever more daunting as you near it. Inside the living city itself is architecture from everywhere imaginable, turning this into a melting pot; a succulent gumbo of wonders.

Beaches, mountains, and tropical forest only begin to describe Rio. Here are intense marvels of the modern world interspersed with heartbreaking decay. Like a great work of art, Rio is life and death given form and location.

Tradition is apparent in the thoughtful execution of every avenue and boulevard of England’s capital. It’s a time machine that can be activated by a stroll. From here sprang an entire empire, and that heritage is honored in every building made even more beautiful when the perpetual fogs roll in.

Sparkly and idyllic from afar, while often grimy and foul up close, New York is as grand to behold as it is dangerous. Truly a sleeping behemoth that becomes deadly when aroused, but is still like nowhere else on Earth.

A skyline that tells the tale of the Renaissance, the collision of art, religion, and science happens in endless abundance crying out to each visitor: Think, feel, ponder.

Benefiting from the blue-green waters off Australia’s coast, Sydney manages to have an intense urban sprawl that is as technologically sound as you’re likely to find, yet somehow bears a small town feel that’s as cozy as it is polished.

Budapest is actually three cities which grew around the Danube. Gothic and baroque in Buda, slipping down into Pest, which is replete with 19th-century works, it’s one of the few places able to rival Paris and Venice for pure romance found among broad avenues.

If medieval buildings are what get your blood pumping, Bruges is the best kept small burg in creation. An easy access point given its central location, any trip to Europe that doesn’t include a Bruges stop is a vacation wasted.

If you can see the city leap and sizzle during the Edinburgh International Festival of performing arts, then you’ll realize what a Shakespearean delight this dark, deep, craggy city is, and what mysteries can be found for those who look closely.

Every picture you have seen of the ancient Orient will be quickly put away by the reality of Kyoto. Zen temples like Kinkakuji are everywhere, with honor given as much to trees and mountains as to the works of human hands.

Many would say Lyon is the most picturesque city in all of France, and their argument is well made. While Paris can be gorgeous, it’s bustling, busy, and tends to be unkind to visitors, while Lyon’s laid-back look at life makes it as welcoming as it is idyllic.

Among the hills lies this blue beauty which seems chiseled by hand and painted with care by an honored artisan. Ethereal and surreal, it’s a dream to walk through, minus the burning in your quadriceps.