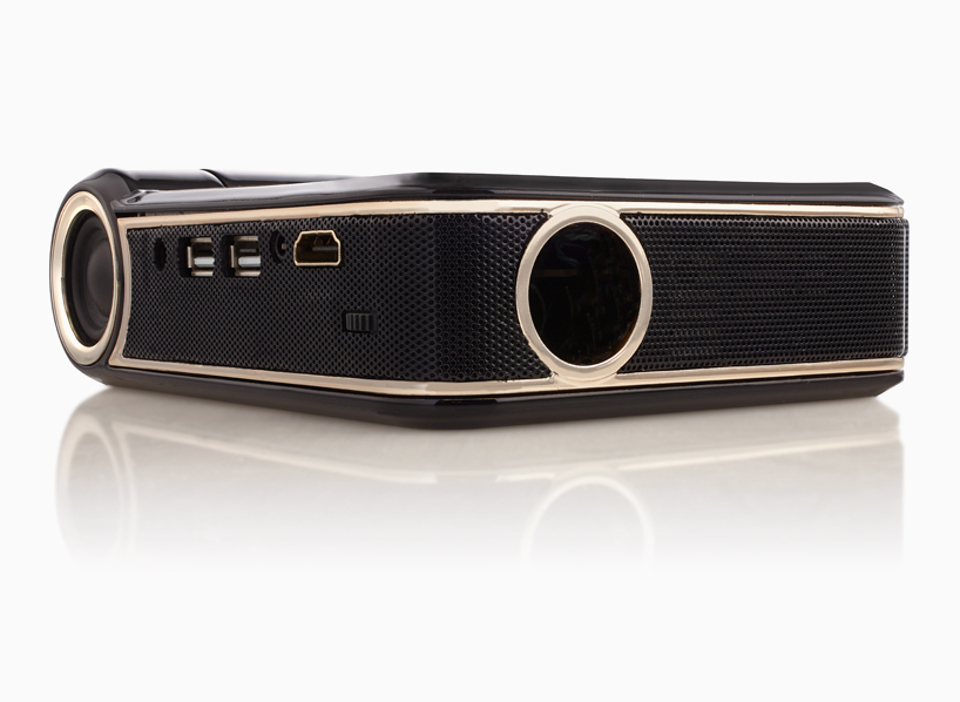 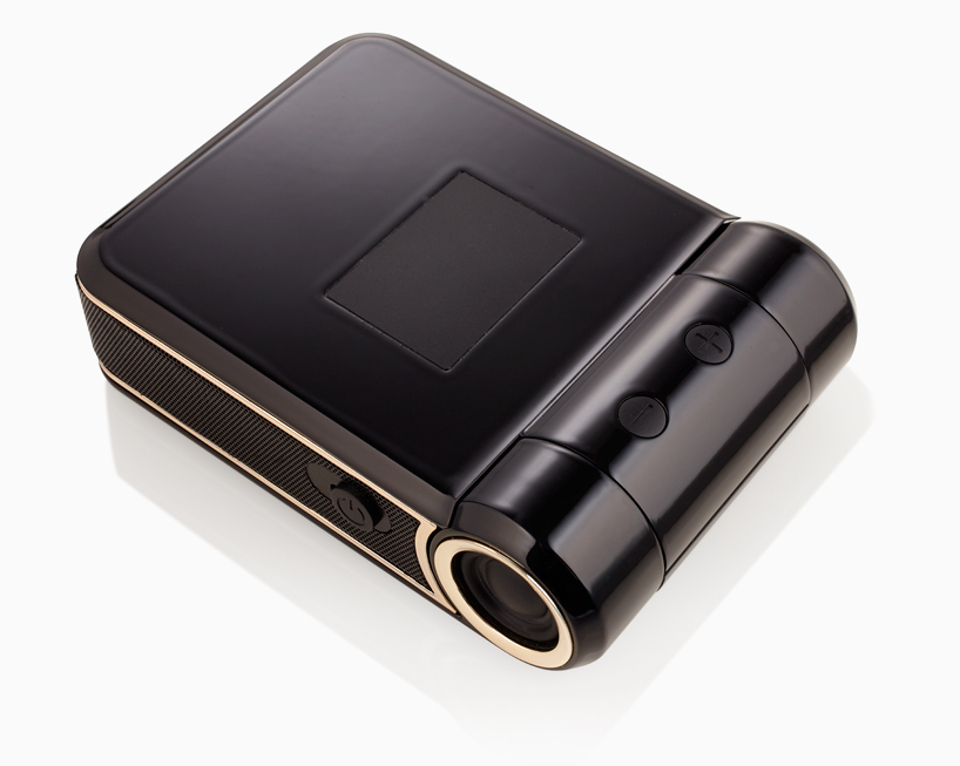 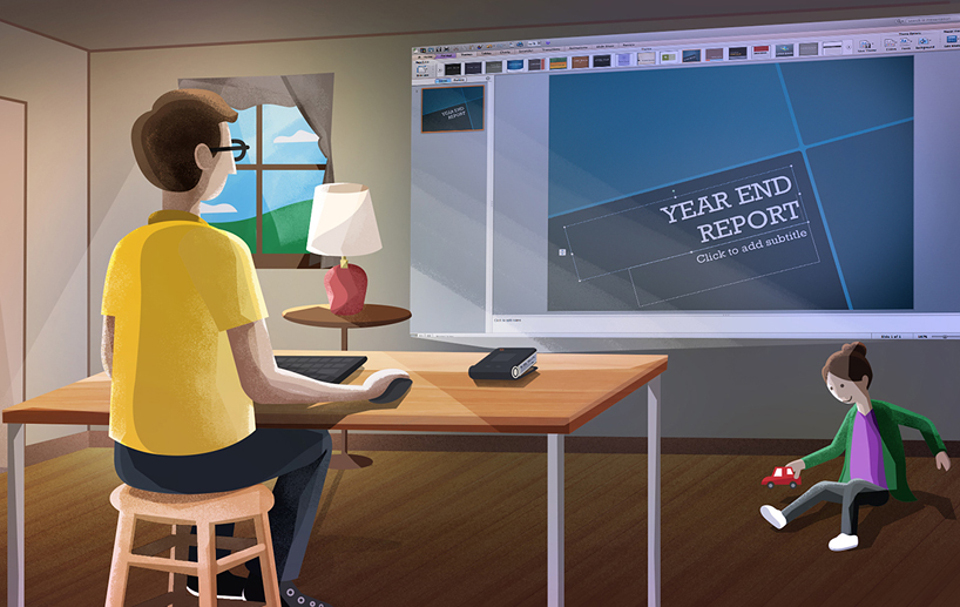 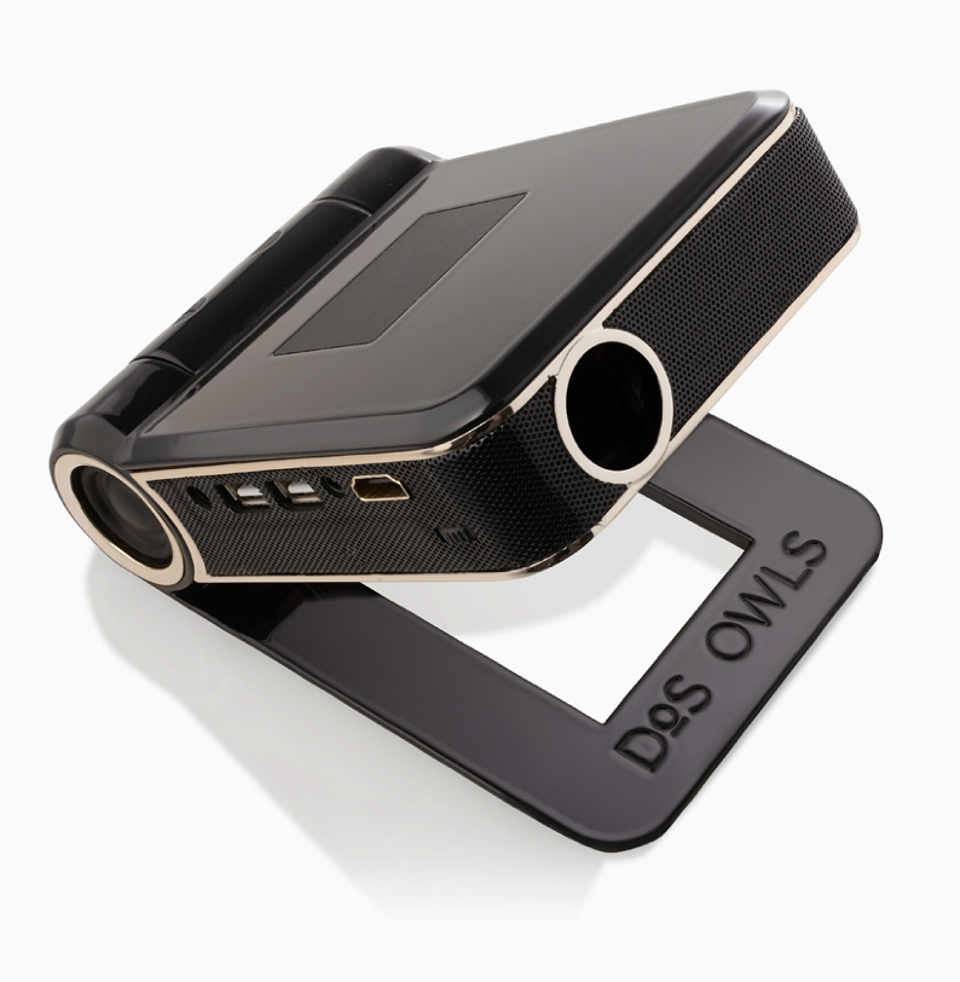 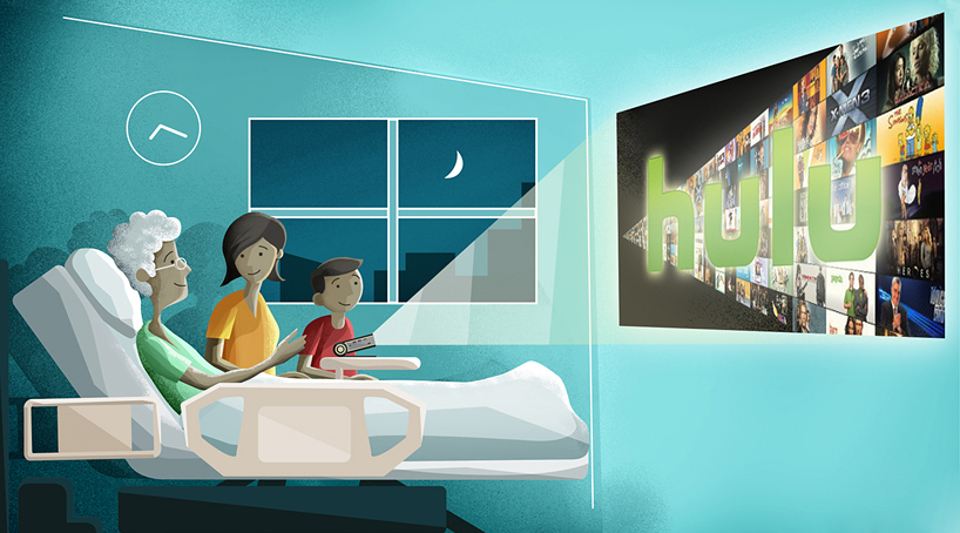 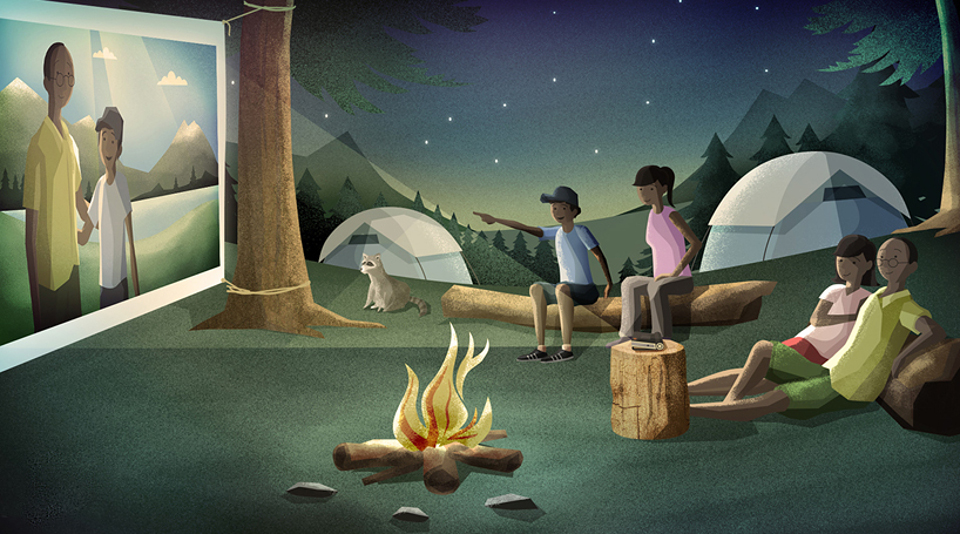 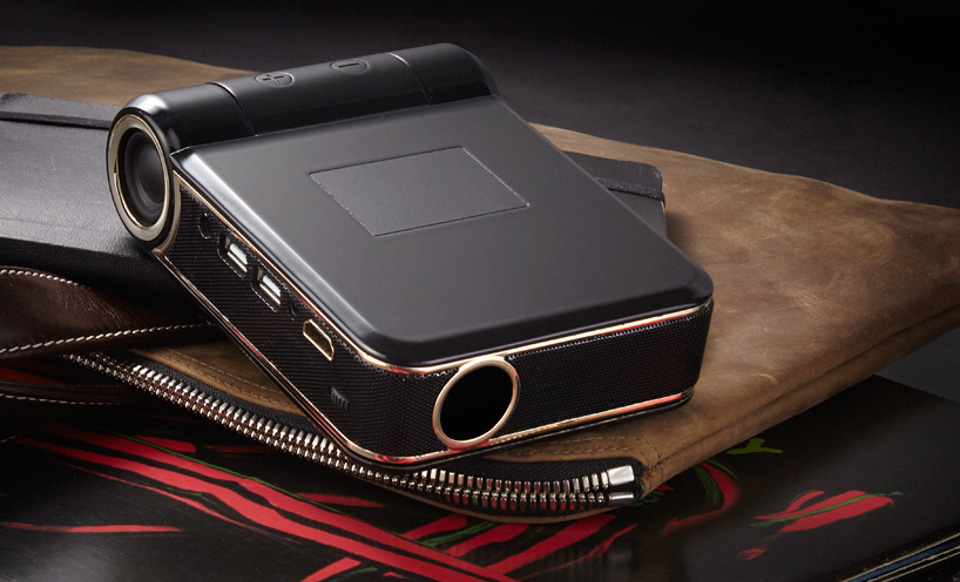 Brooklyn-based design firm dos owls has unveiled a sexy little sidearm for mobile media enthusiasts. The ODIN smart projector is a portable projection system that can be controlled wirelessly with an Android Smartphone. It’s equipped with a rotating optical display, WiFi and Bluetooth connectivity (including Bluetooth speakers), an HDMI port, a port for an internal hard drive, a headphone jack, and two USB slots.

It gets better. See, the ODIN smart projector doesn’t actually require a projection screen to function. Simply position it either three or five yards away from a flat wall, and it’ll display either a 75-inch screen or a 125-inch one. Thanks to its rechargeable battery, this means you’ve got a movie-theater-size screen that you can cart with you pretty much anywhere.

Know what I’m thinking right about now? I’m thinking that this product sounds like it’d be the perfect addition to the den in order to transform it into your own personal home theater. C’mon, I know you guys were thinking the same thing…or at least something vaguely similar. 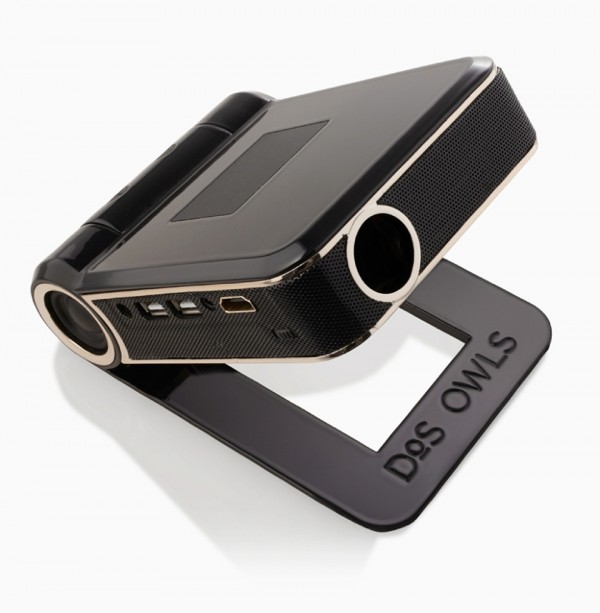 The ODIN smart projector features a simple, extremely-intuitive interface, allowing for quick and easy navigation and organization of installed applications. The device runs Android KitKat 4.4 on a quad-core processor, meaning that the more tech-savvy users have full access to the Android ecosystem (along with the capacity to develop their own apps for the device).

Currently, dos owls is running a campaign on Kickstarter in order to fund the ODIN smart projector. At the time of writing, they’ve raised $188,306 of their $250,000 goal, with fourteen days to go in the campaign. According to the page, ODIN will launch with a suggested retail price of around $845, though you can net one for yourself at a price of $545 if you donate to the Kickstarter.