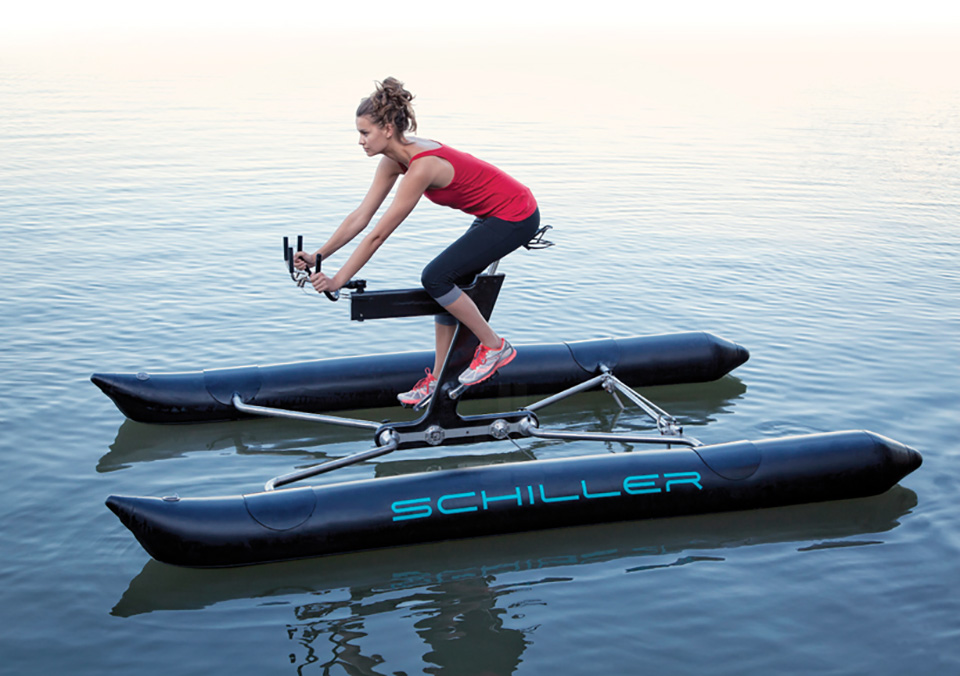 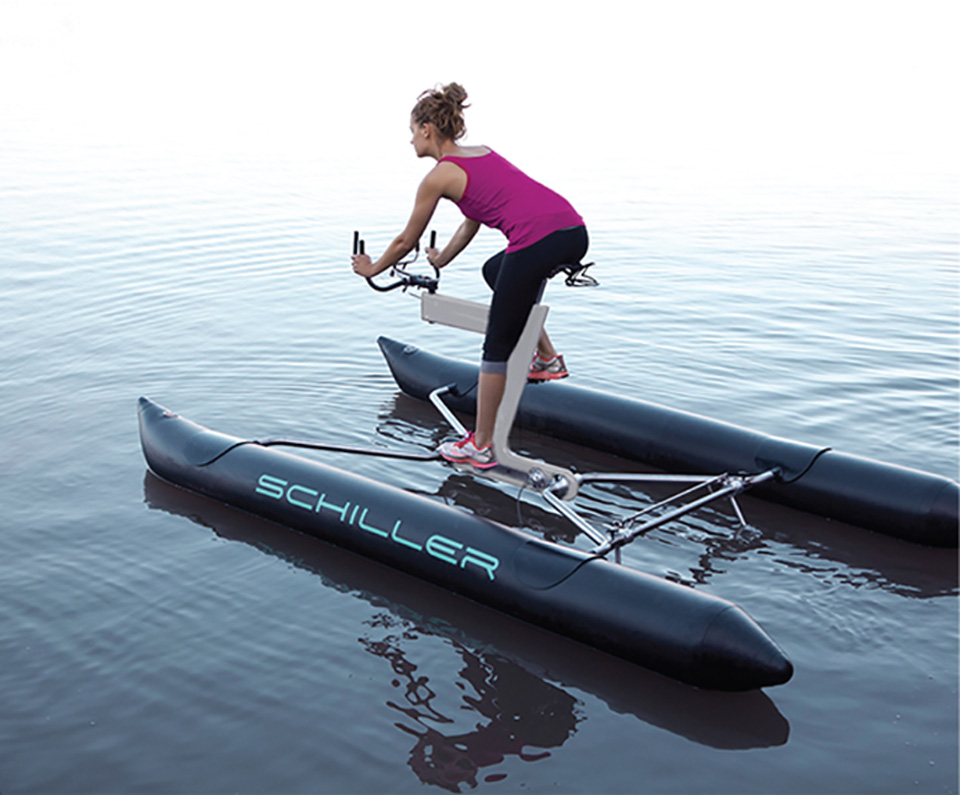 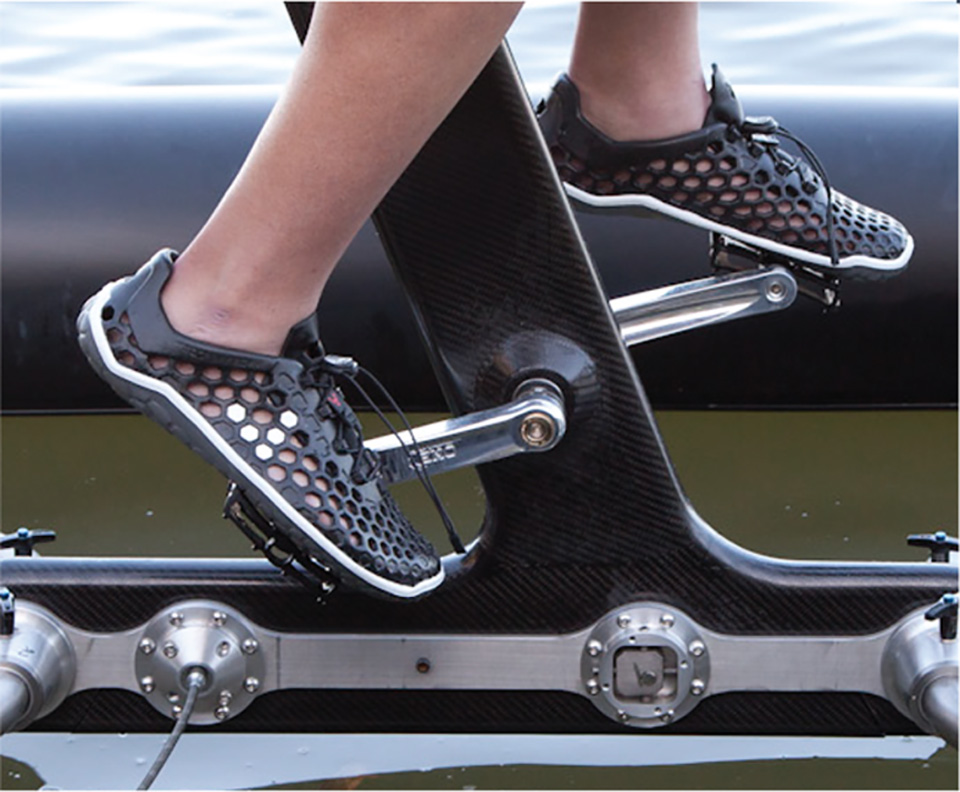 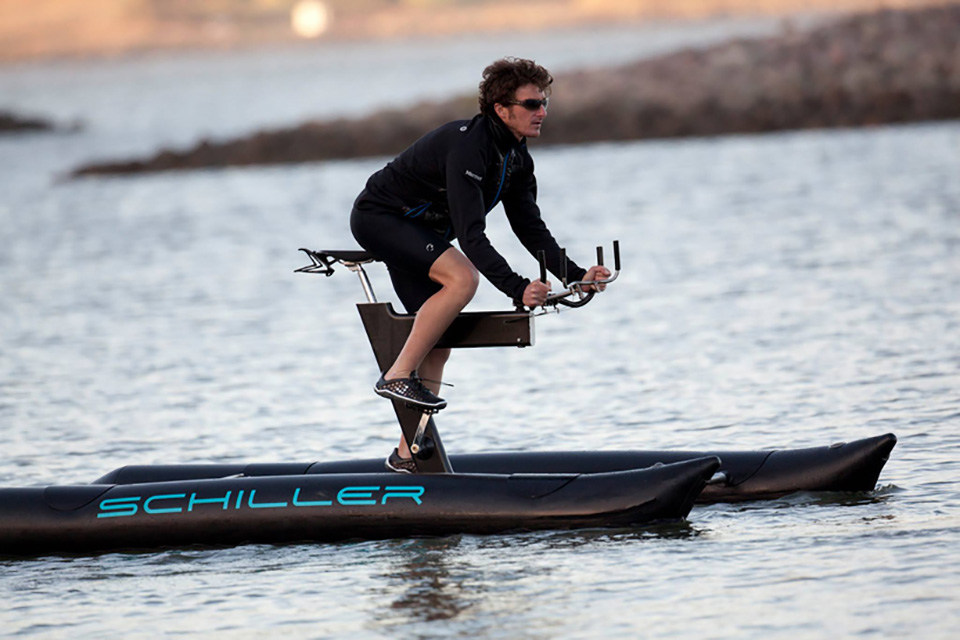 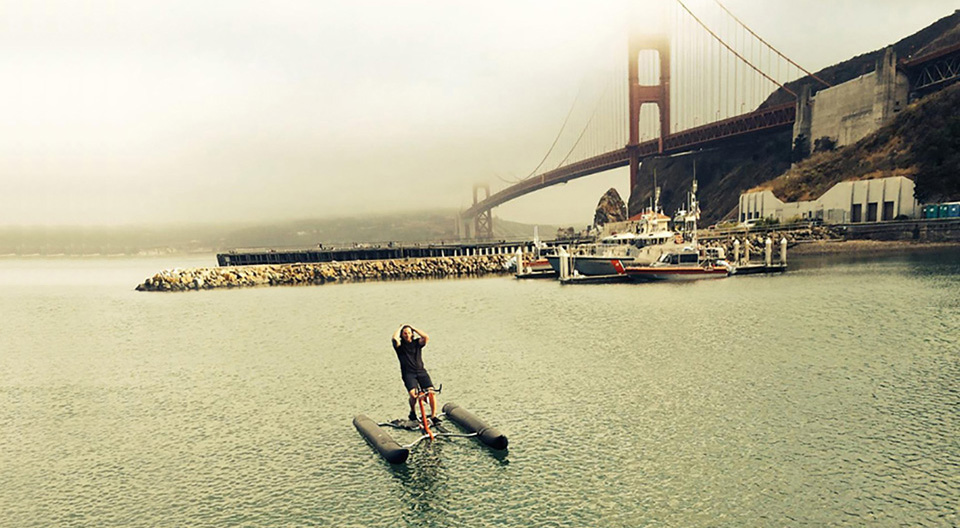 I present to you what may be the most bizarre (yet strangely awesome) piece of sporting equipment I’ve ever seen. Basically, it looks like what you’d get if you took a boat and bicycle and mashed them together into a single piece of equipment. Fancy going for a ride on the lake? Meet the Schiller Sport X1 Water Bike.

Developed by Schiller Sport Incorporated, the X1 Water Bike consists of two primary components – a 45 pound bicycle constructed from anodized aluminum and stainless steel, and a set of inflatable pontoons complete with twin oscillating propellers. The whole thing is steered via a rudderless handlebar system, allowing the cyclist to control exactly where they want to go at any given moment. What’s more, it’s one of only a few velocipedes (human-powered land vehicle; you learn something new every day!) that’s capable of going in reverse.

Motion is generated through a rotary system, maximizing the conversion of energy from the pedals. With this system, the X1 can reach speeds of up to ten miles per hour (though this is entirely dependent on the rider, of course). It’ll feature interchangeable saddle, handlebar, crank, and pedal components; the bike itself will be available in a variety of different colors. In the event that you need to transport something while cycling, there’s a watertight storage compartment built in to the device.

“From the outset, our goal was to design and manufacture the most advanced production water bike ever created. the x1 is the reflection of an all-star team of designers, engineers, and craftsmen working together with cycling and water sport experts to invent something the world has never seen,’ explained Schiller Sport founder and ceo Judah Schiller. ‘The time has come at last for people to experience the thrill and freedom of biking across a spectacular blue planet.’

Now for the bad news. Unfortunately, only 250 of the Schiller Sport X1 Water Bike will ever be made. What that likely means is that this thing’ costs a premium – $6,495.00, to be exact; more than some people’s cars. Hopefully the company releases a more affordable, consumer-grade model in the future – until they do, I’m afraid most of us are simply going to have to settle for boating.