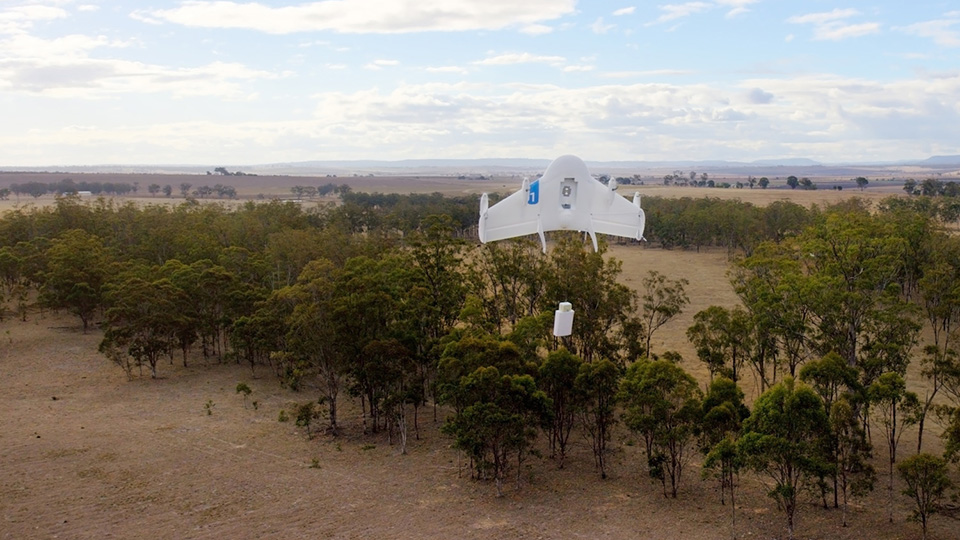 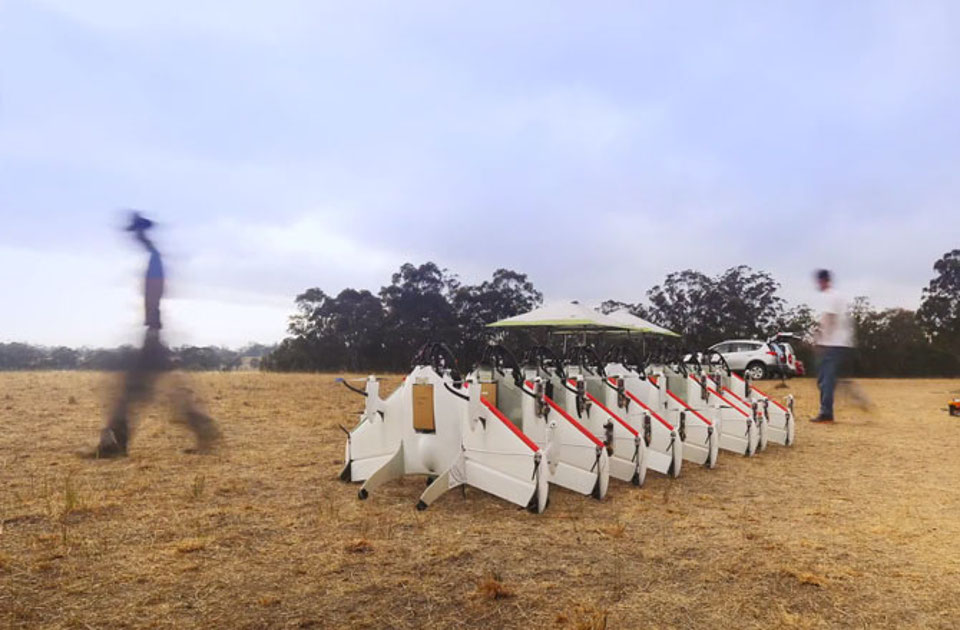 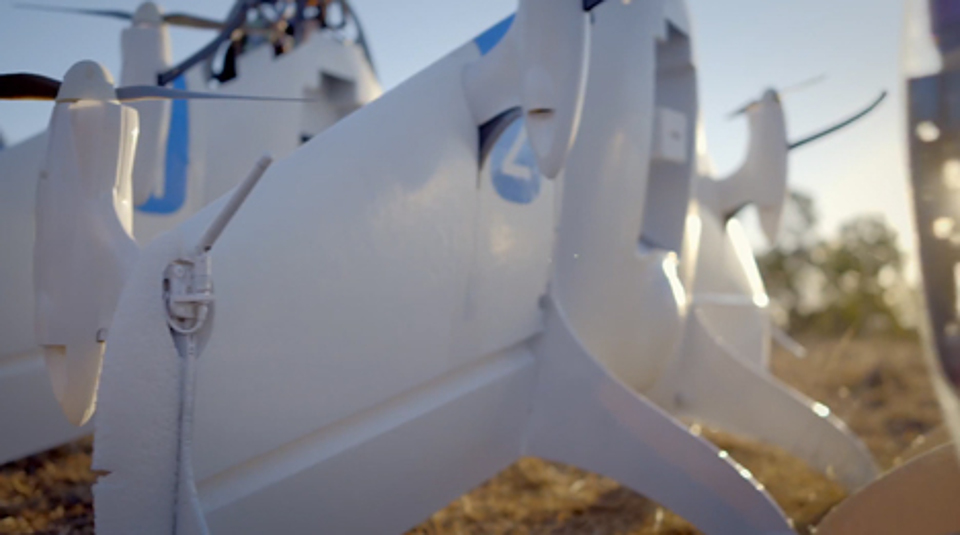 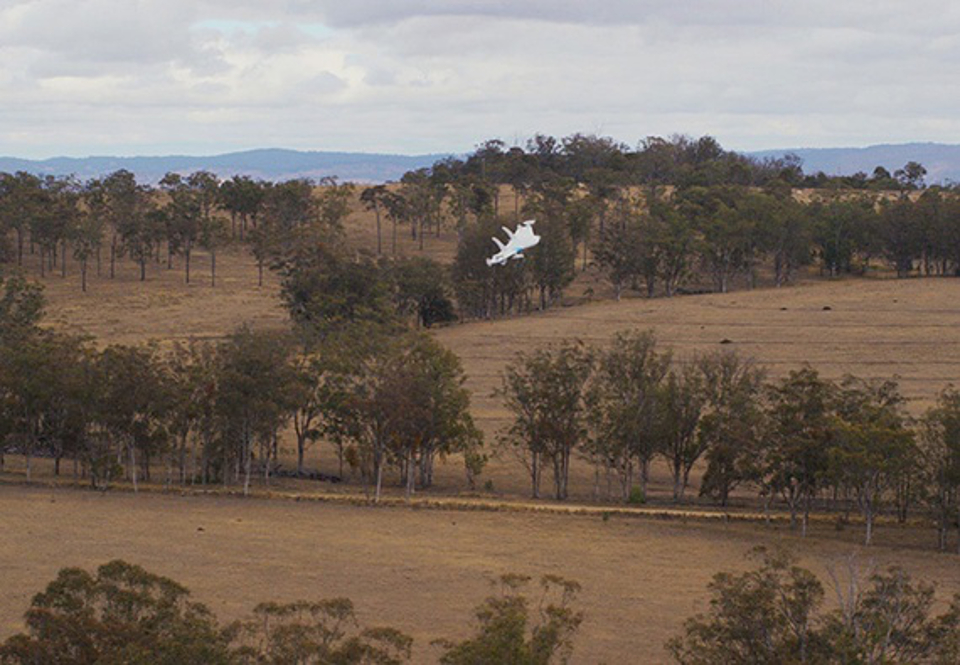 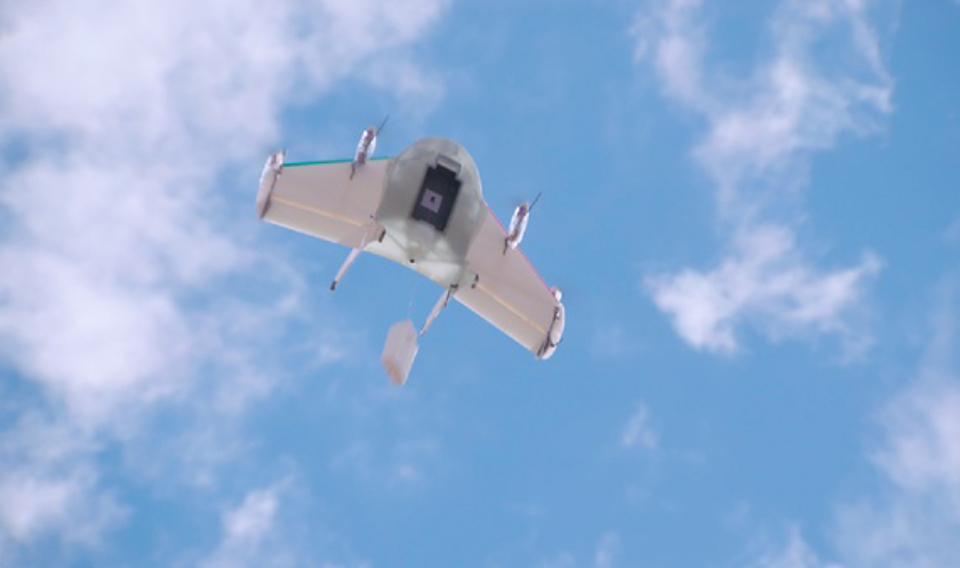 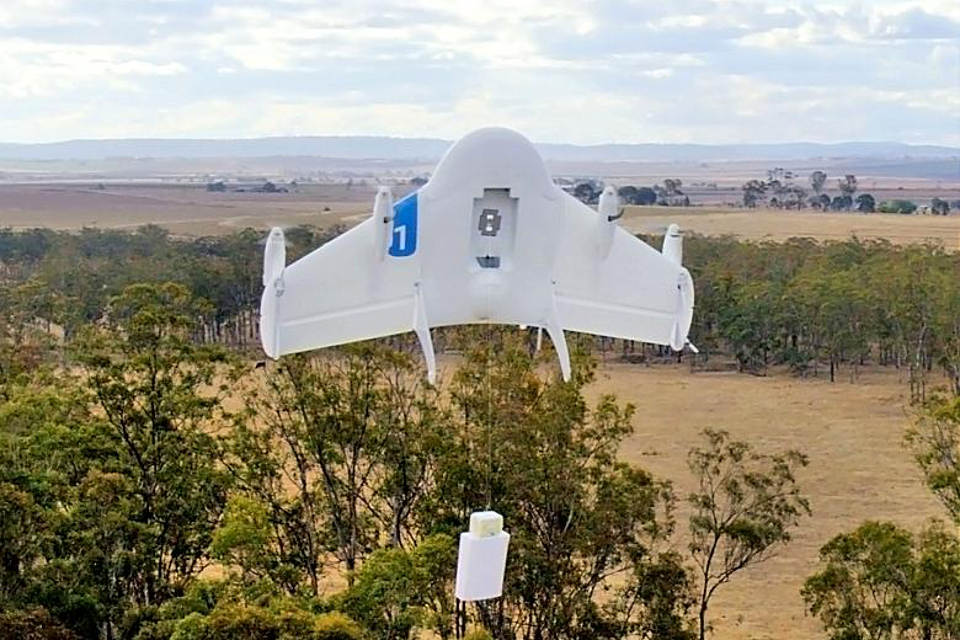 Looks like Amazon’s not the only one testing out delivery drones. Google has produced a new prototype system they call Google Project Wing, and it might have a new fleet of delivery drones in the air in the not-too-distant future.

The Google Project Wing drones look like a hybrid airplane/helicopter. Although it takes off and lands vertically, the drone flies like a jet, rocketing across the sky until it reaches its delivery address – at which point it slowly descends, releasing a package from its interior. At this point, anyone watching might assume the drone’s suffered a glitch – at least for a moment. The package comes tumbling recklessly out of the belly of the drone, speeding towards the ground at a breakneck pace.

However, a funny thing happens just before it connects – see, the package is attached to the drone by a thin wire, with a small egg-like device at the end. That device contains a sensor – once it touches the ground, the drone knows to slow the packages descent, so as to avoid causing any damage to the delivery. Once the payload has been delivered successfully, the drone draws the wire back into its stomach and flies back to Google. 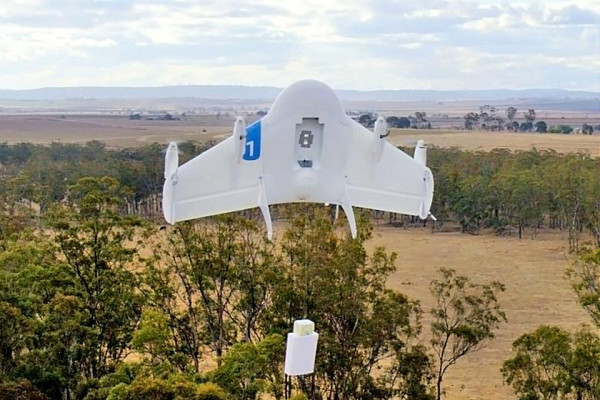 This past August, the search giant performed thirty such tests across Australia; the culmination of a secret program that’s been two years in the making at Google X Labs – the company’s not-so-top-secret-but-still-super-awesome research division. For those of you who (somehow) haven’t heard of Google X, they’re the folks behind Project Loon, Google Glass, and Driver-less cars (among other things – one of their projects apparently involves the creation of an orbital elevator).

Now, like Prime Air, Google Project Wing is nowhere near prepared for regular use at the current juncture. The Australian maiden flight is only the first stage involved in getting Wing market-ready; a drawn-out process with plenty of additional testing, legal quandaries and regulatory hurdles for Google to sort out along the way. In the meantime, Google’s directing anyone willing to partner with it and “bring Project Wing to the world” to this sign up form. Hey, who knows – maybe there’s a few angel investors or corporate executives among my readers.