21 Incredible Breakfast Foods From Around the Globe 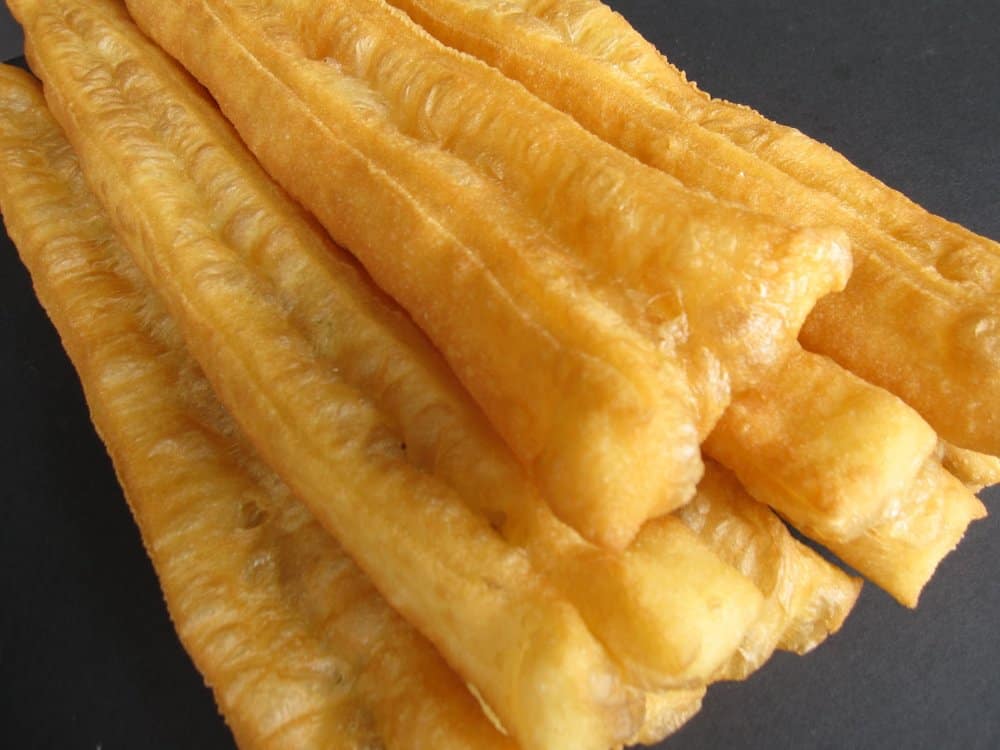 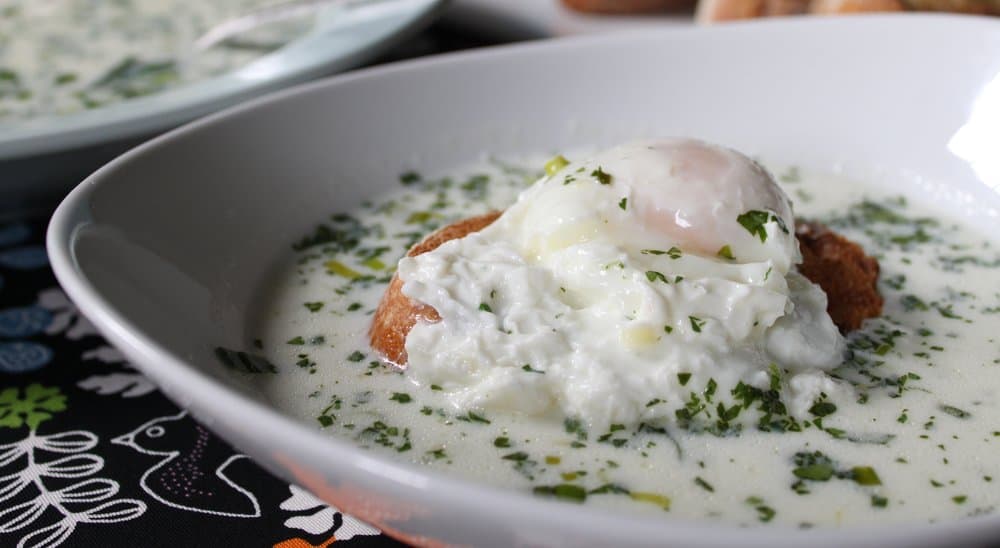 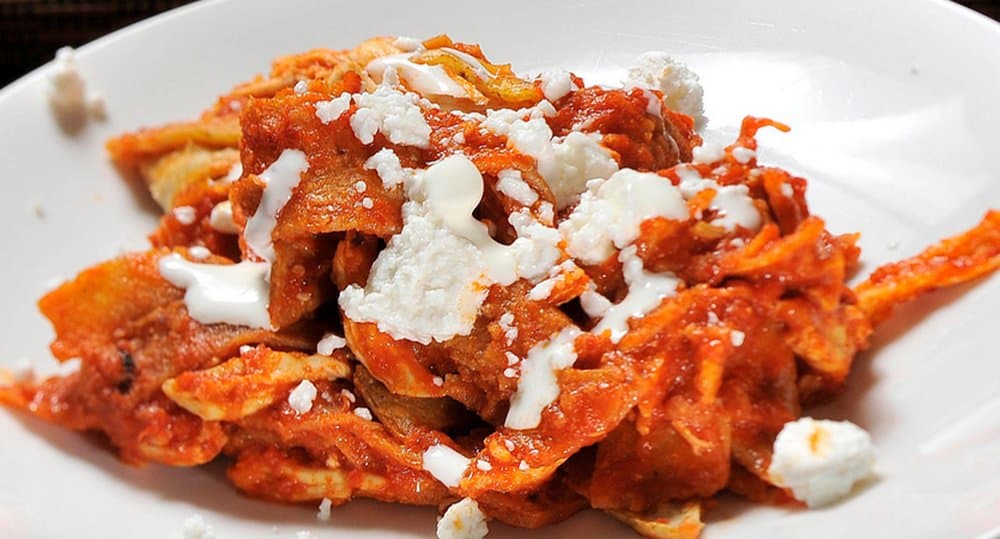 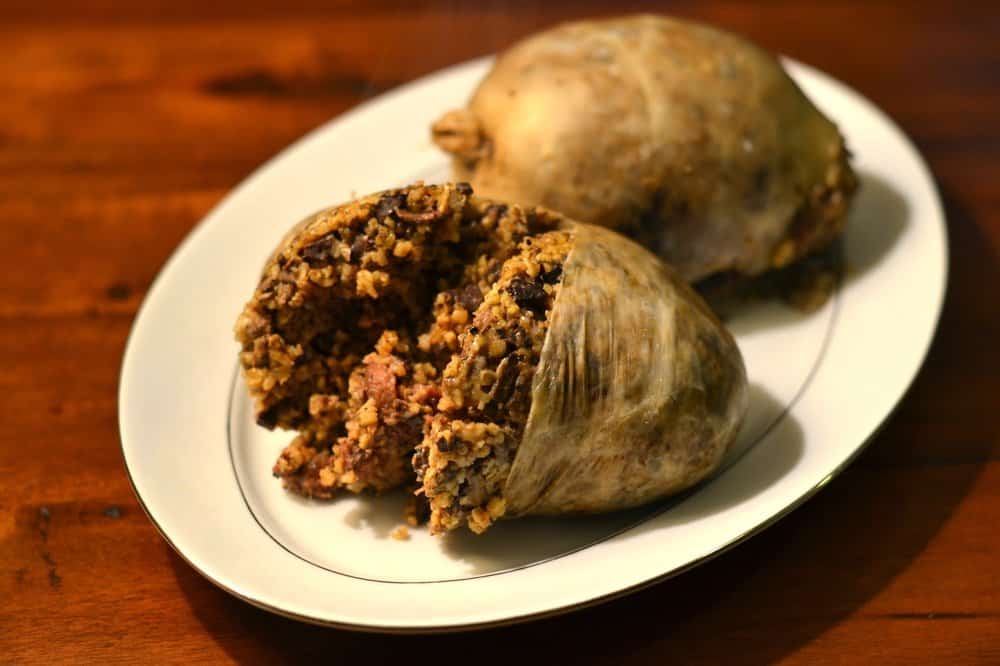 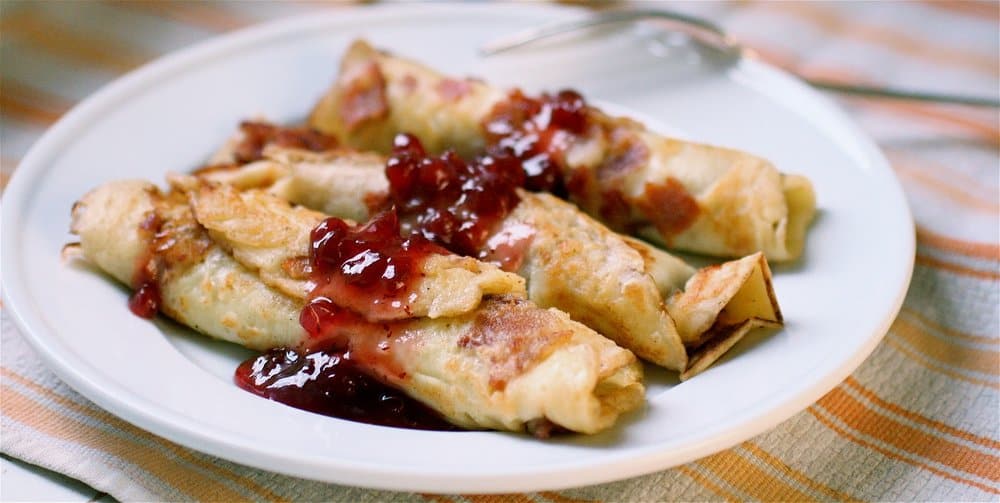 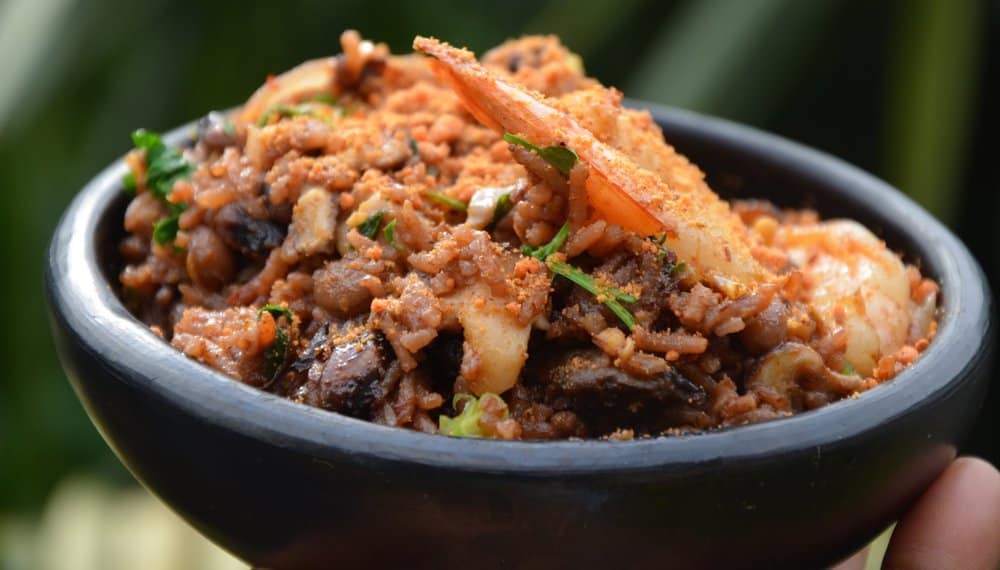 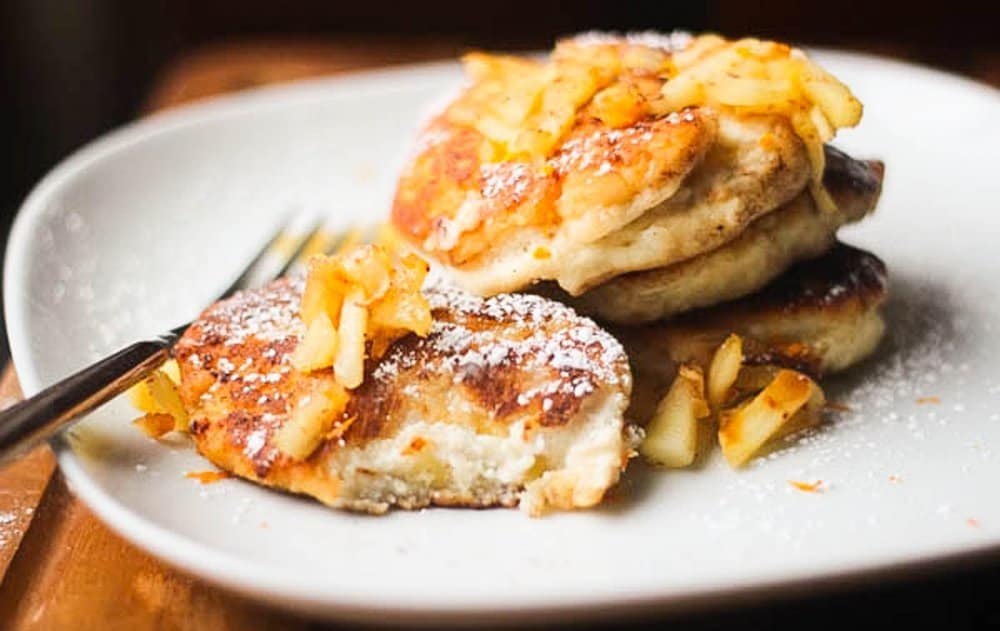 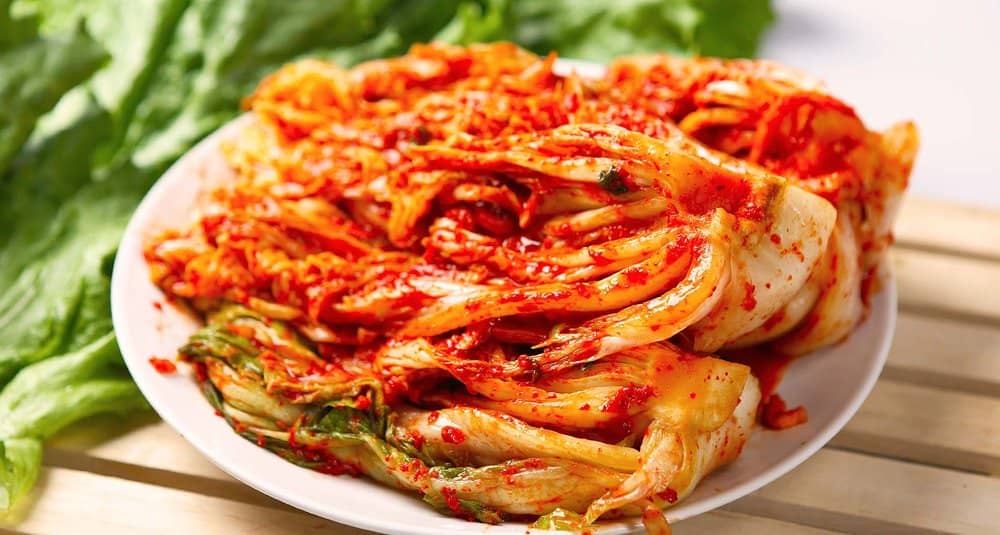 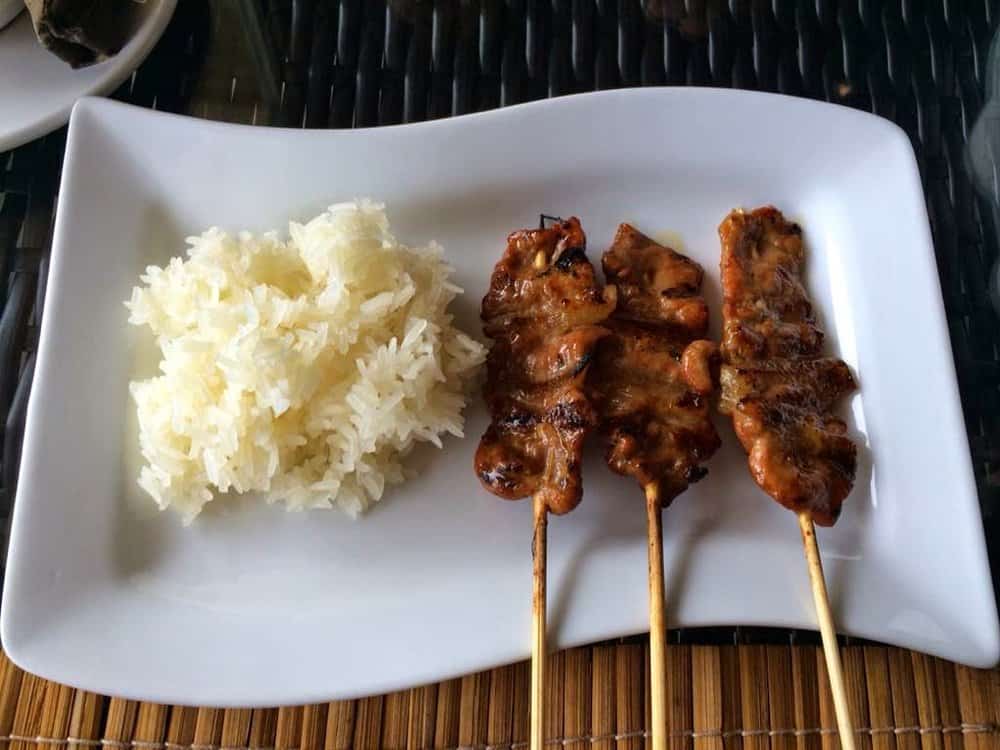 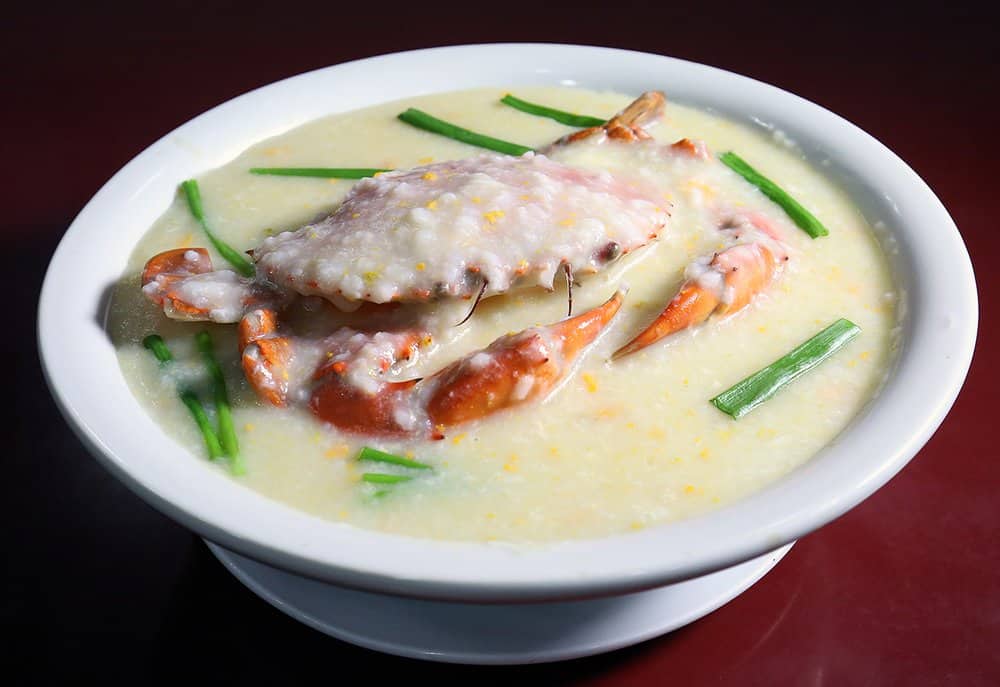 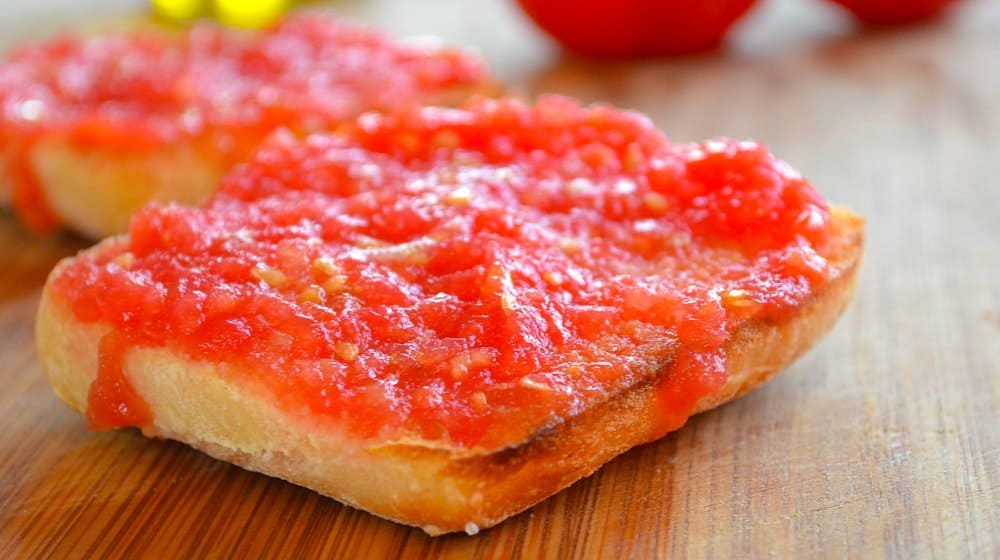 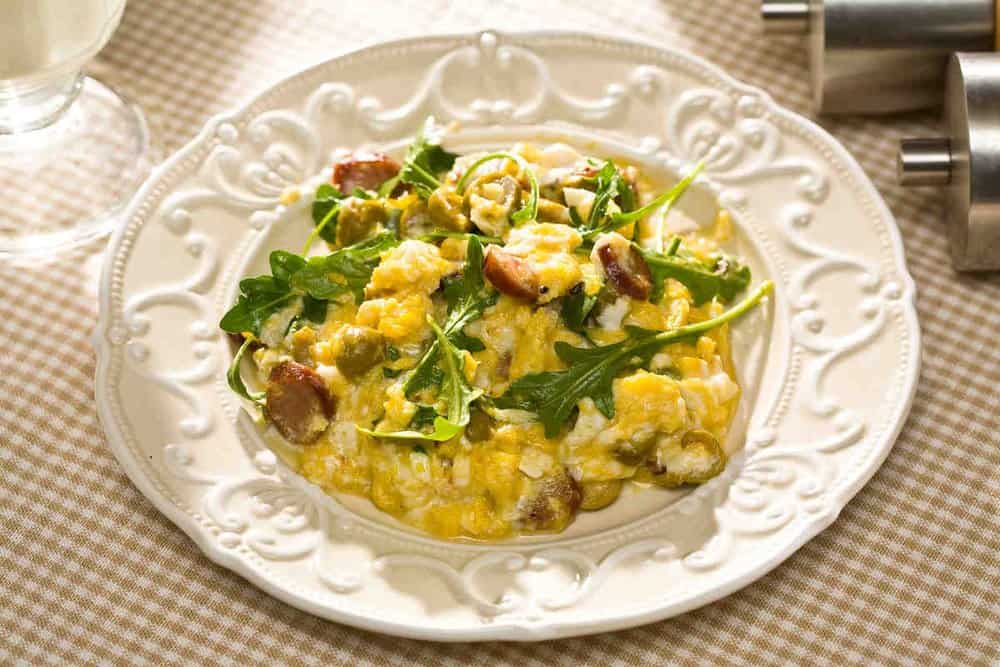 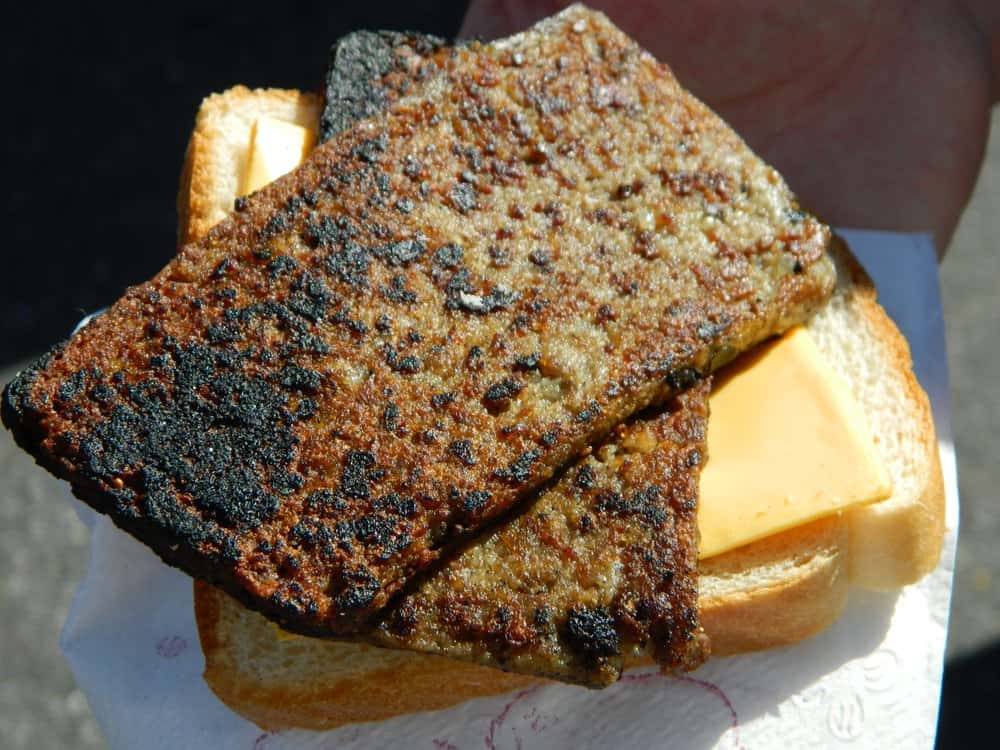 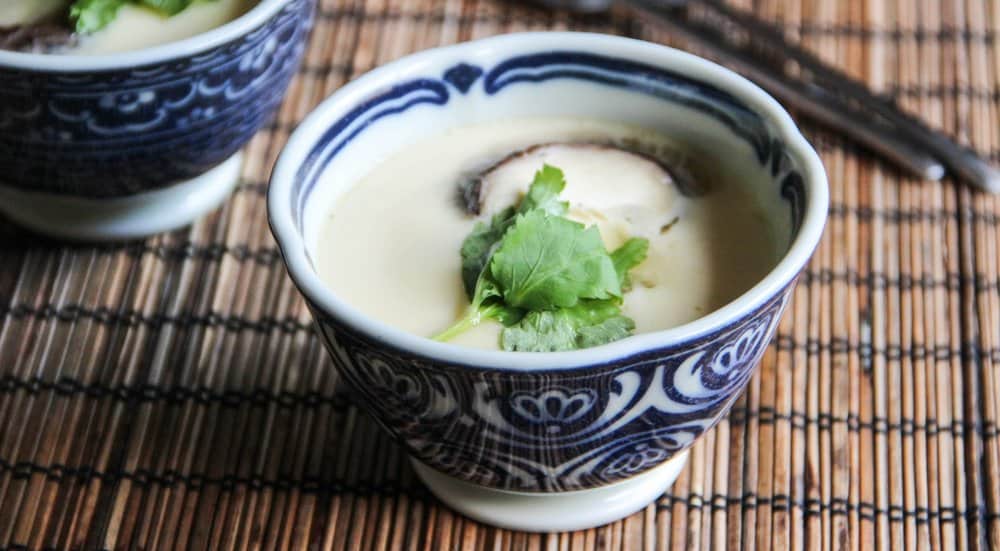 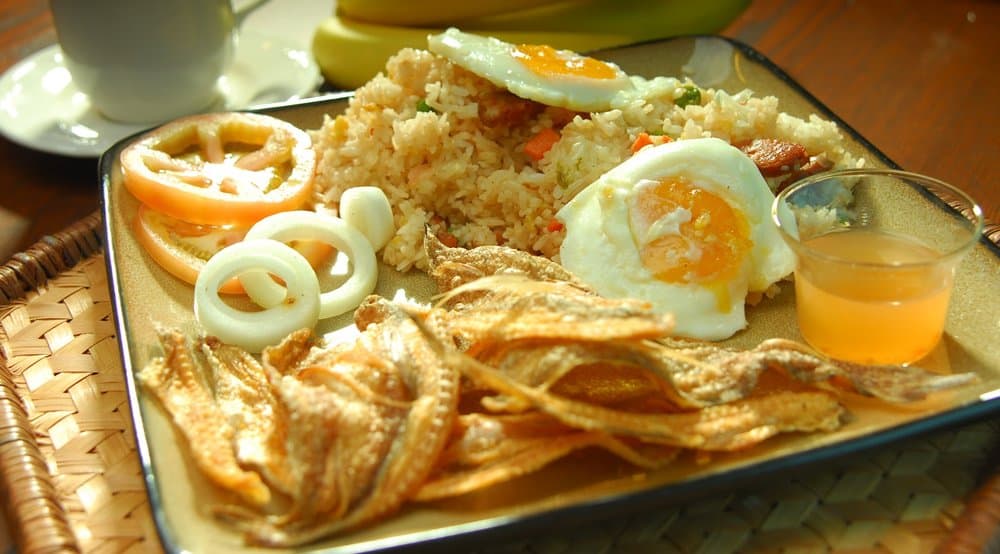 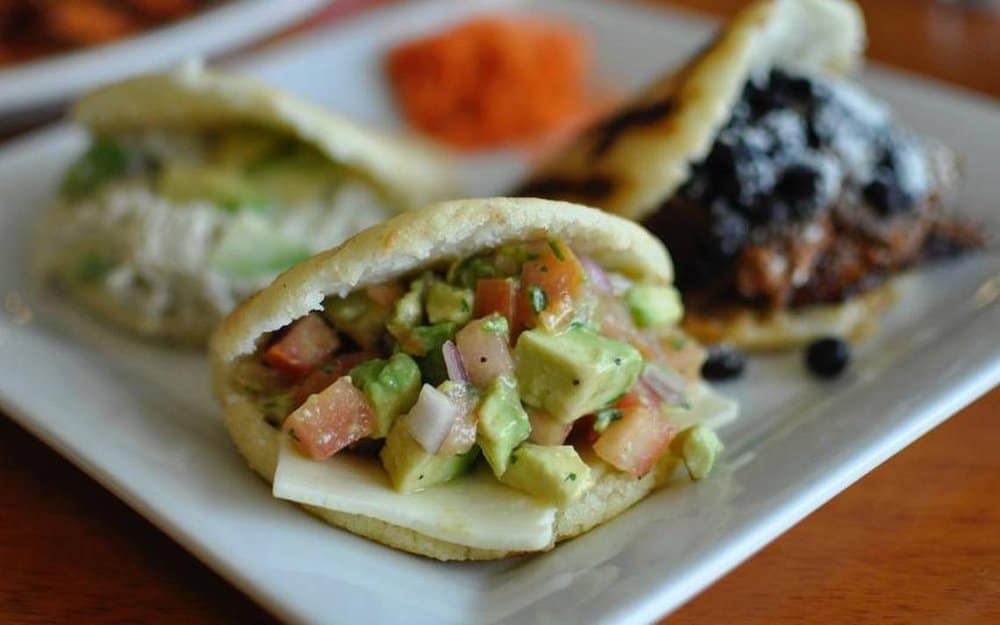 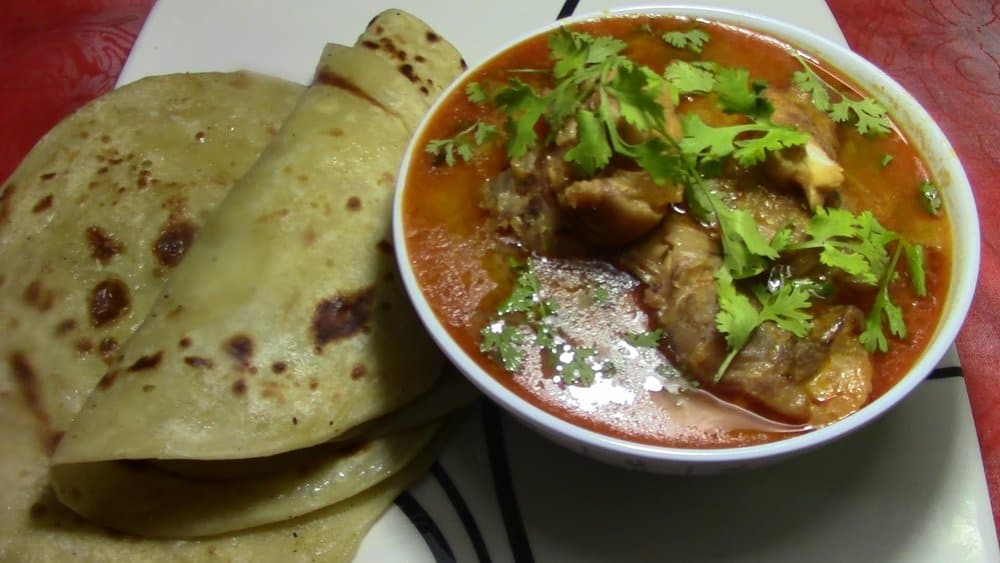 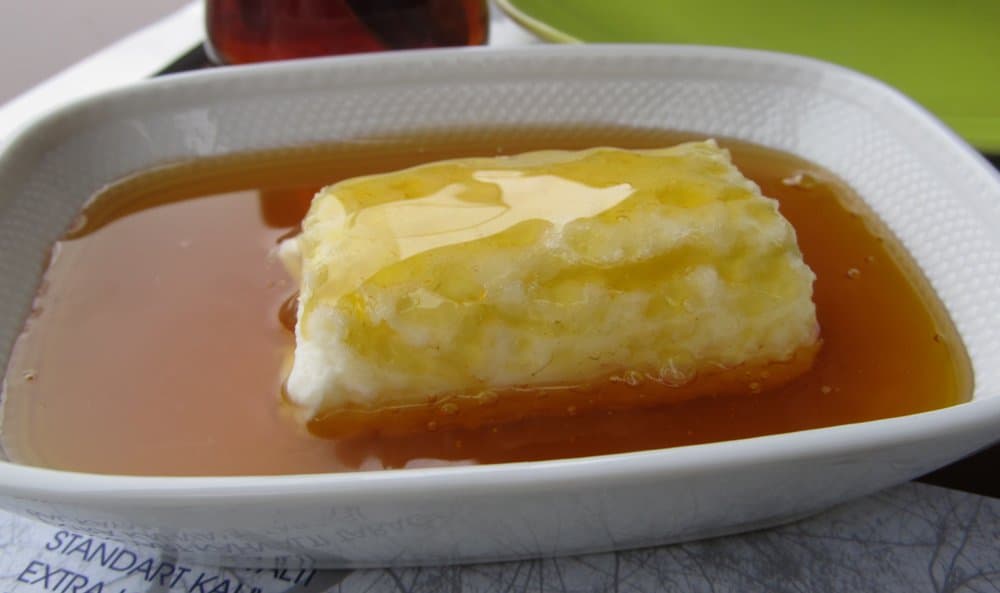 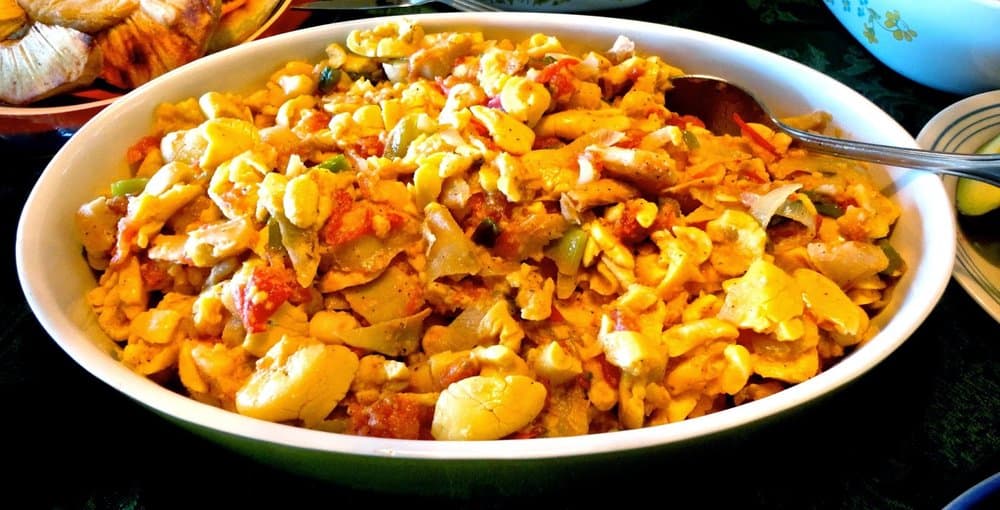 Breakfast is not only the most important meal of the day. For right-thinking individuals, it’s the only meal they really need. Steak is fine for some, sitting on a plate with greens and potatoes, but few can deny it’s better when mixed with hashbrowns and eggs. Or, for a superior meal, make it chicken fried, smothered in country gravy, adding some protein to those biscuits and making the ultimate in heart attack fare. Breakfast is the only meal where baked beans and fried mushrooms will sit alongside bacon without anyone thinking twice. Order a pie or a slice of cake first thing in the morning and you’ll get a suspicious eye from your dining companion, but order up a short stack drowning in strawberry syrup and whipped cream, or a dozen turnovers and you’ll be hailed as a savvy eater with an eye to flavor.

To celebrate this meal of meals, this kingly concoction of foodstuffs, we took a long, difficult look around the planet to find the best ways to break your fast and start the day off with a gustatory bang. What we discovered was 21 of the best breakfast foods to be found anywhere.

Popular in Jamaica, and evidence that hashish culture has certain inundated the cuisine, salted cod is mixed with the Ackee fruit in a slurry that looks much like scrambled eggs. Peppers, tomatoes, and onions are mixed in, making it similar to a fruity, fishy breakfast scramble with lots of flair.

Commonly eaten in Turkey, Kaymak is a slightly fermented hunk of cream that is thick and heavy. Extremely rich with loads of milk fat built right in, it’s almost always eaten with honey for an experience that is sweet, creamy, and pampering.

Pakistan is the provider of this particular delicacy, though the ingredients are enough to put you off eating for life. It’s the head and feet of a cow, goat, or other livestock that has been spiced to heaven – or hell depending on how heavy you go with the peppers – and cooked for hours until it’s mixed into a glorious stew. Running away because of what’s in the pot will cost you a delicious experience not to be missed.

A Venezuelan version of the pita or pierogi, Arepas are little more than flat cornbread that is then stuffed with whatever glorious food you want. Syrups make them sweet, meats and vegetables make them savory, so no matter what you’re after these will not fail to excite your palette.

Eggs, garlic fried rice, and pieces of salted rabbitfish are slapped together to make a meal that’s delightful any time of the day. High in protein and grains with a definite eye toward the salty end of the spectrum, it might not make you forever turn your back on traditional bacon and eggs, but it can surely tempt the true gourmand.

An egg custard out of Japan, Chawan Mushi or Chawanmushi uses soy sauce and shiitake mushrooms to create a flavor that isn’t sugary like western custards, but rather an herbal arrangement that’s thick and heavenly, perfect for winter mornings, or even as a stew for late nights.

This one is 100% all-American. Familiar to those on the east coast, Scrapple is a set of pork parts – which you certainly don’t want to ask about – that have been mixed with flour into a loaf and spiced. Have it alone, on a sandwich, or smothered with eggs and gravy, it’s marvelous, so long as you don’t ask what’s in it.

Despite the name, the ingredients for this Polish breakfast are simple: Scramble up some eggs, mix them with mushrooms and chives, then cook it all together in lard or butter. You can’t go wrong.

Basically “tomato toast” as the name implies, Pan a la Catalana is eaten all over Spain as a substitute for the fatty sandwiches popular in the west. A tomato is spiced and seasoned with garlic and olive oil, then spread over thick bread. Those looking to avoid mayo who still want a little more wet to their sub might give this a shot.

Standard porridge made with rice starts off the Congee portion of the cooking, but then a whole crab – or just a cooked claw for the timid – is added in for a little more protein from the bounty of the sea.

Thailand does it right, serving up pork skewers with sticky rice first thing in the morning. There’s many food carts in the land of Thai that sell this dish almost exclusively, and one taste will show why business is good for them.

The cornerstone dish of Korea, if you’ve never considered starting your day with a steaming bowl of spicy pickled cabbage, then you haven’t yet discovered how to make the proper variety of this overwhelming dish into something perfect for the morning, packed with exceptional nutrients for long-term energy.

In China, there’s an ancient saying – “donuts are awesome.” Long before there were western donuts, there was the fried breadsticks of You Tiao, which have been adopted, bastardized, and co-opted by nearly every culture on the planet. When you’re ready to abandon your churros and funnel cake, get a stick of You Tiao and be delivered.

Thick quark pancakes that have been fried, Syrniki is Russias answer to our obsession with waffles and flapjacks. Big and tough, you can top these with whatever you want, but be warned they’ll hit your gut like a nuclear missile that make your dad’s morning manhole covers seem like ginger beer.

Huge in Africa, particularly Ghana, Waakye is rice and beans given a slight twist. The rice is actually cooked in the beans, creating a coating around the grains that adds density, as well as creating an excellent protein source from entirely vegetarian ingredients which can be flavored however you fancy.

Not quite a western pancake, and not quite a French crêpe, the Pannkakor is a Scandinavian breakfast dish that is as light and airy as the Syrniki is dense and burly.

Many have heard the tales, few have lived the experience. Coming out of Scotland, this is pork parts and oatmeal all cooked together in a sheep’s stomach. Ranging from vile to utterly delectable, it will cure your hangover…or kill you trying.

Basically corn tortillas that have been fried, cooked in salsa, then covered with cheese, Chilaquiles make a superb breakfast merely because they are so versatile that they can be used anywhere, with anything, and variations abound.

Known sometimes as “wheat and meat” due to the two major ingredients, to prepare proper Halim, the cook must stir the wheat all night as it cooks, so that it is properly softened to absorb the flavors of the beef, lamb, pork, or other cuts that are put into it. If oatmeal and steak somehow had a wonderful love child, it would be named Halim.

Common in Colombia, Changua uses scallions mixed with milk and eggs to create a hearty morning meal that isn’t as heavy as it sounds, offering an energizing boost that runs deep into the day.

If you’ve never gone to a proper pub in the morning and tucked into a true beans and black pudding English breakfast, complete with a cup of Earl Grey that’ll make you jitterbug, then it’s high time you began living.